Helen is a blind rescued bison that lives at Lighthouse Farm Sanctuary in Oregon. She first arrived at the sanctuary around 5 years ago, and her life changed completely when she became friends with a calf. 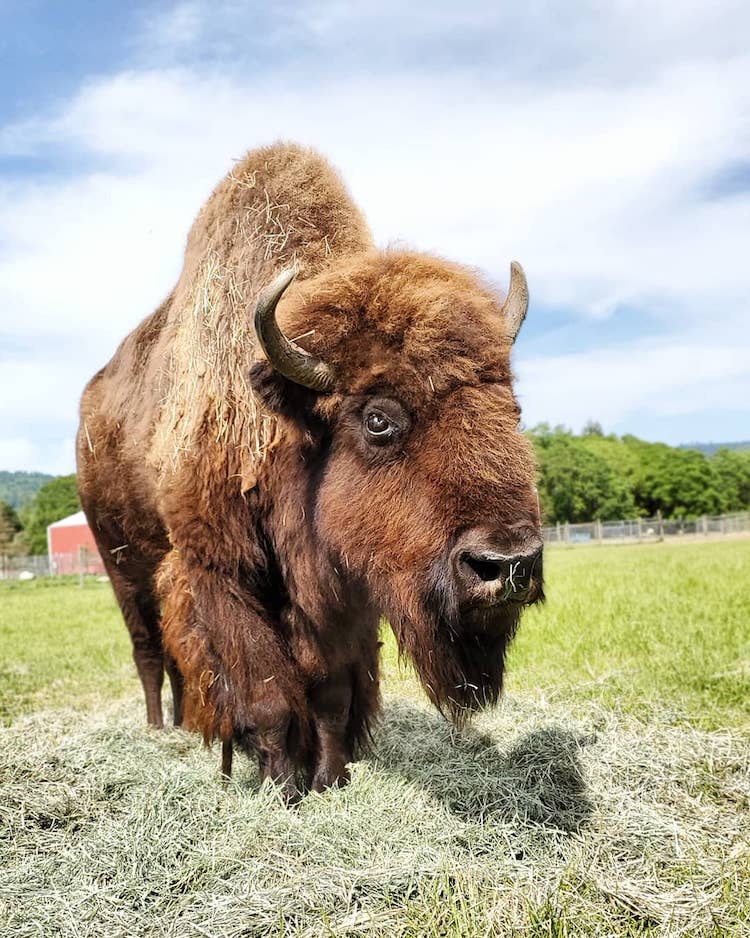 Her nervous nature made it a little difficult for her to socialize with other animals, until her new friend Oliver was born Oliver’s mom, a pregnant dairy cow named Betsy, joined the sanctuary a year later than Helen. The minute Oliver was big enough to go exploring he ventured out to Helen’s field and their friendship was almost immediate.

Oliver, a curious Jersey calf showed Helen the love and understanding she deserved, and the duo quickly formed an unbreakable bond. The young calf’s fur even started to change color as he got older to match her dark brown coat. 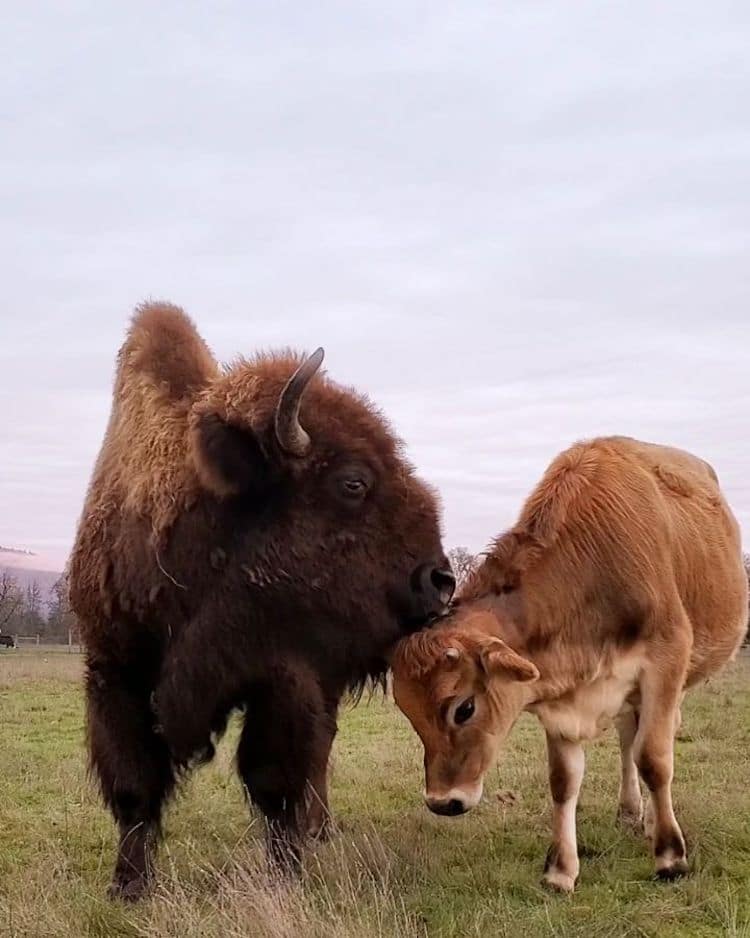 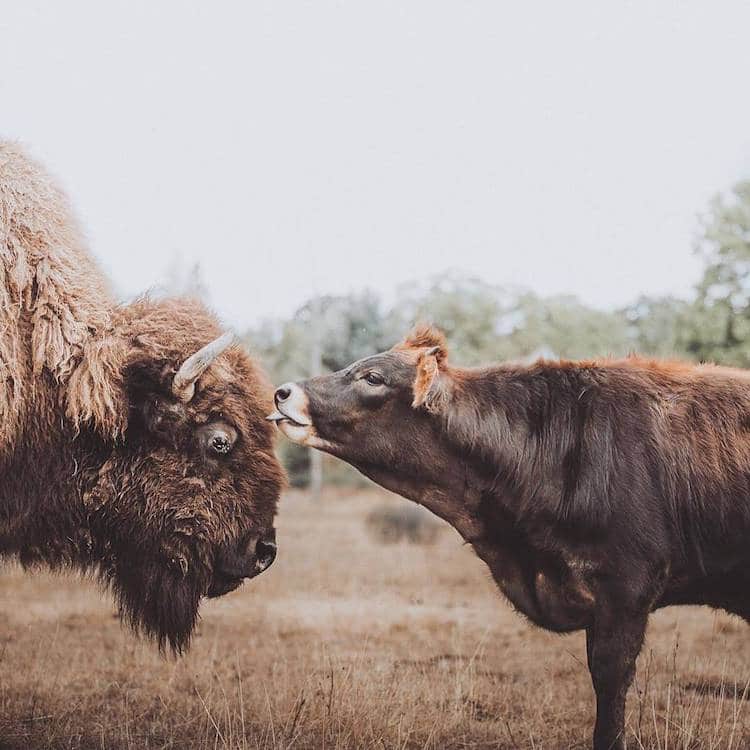 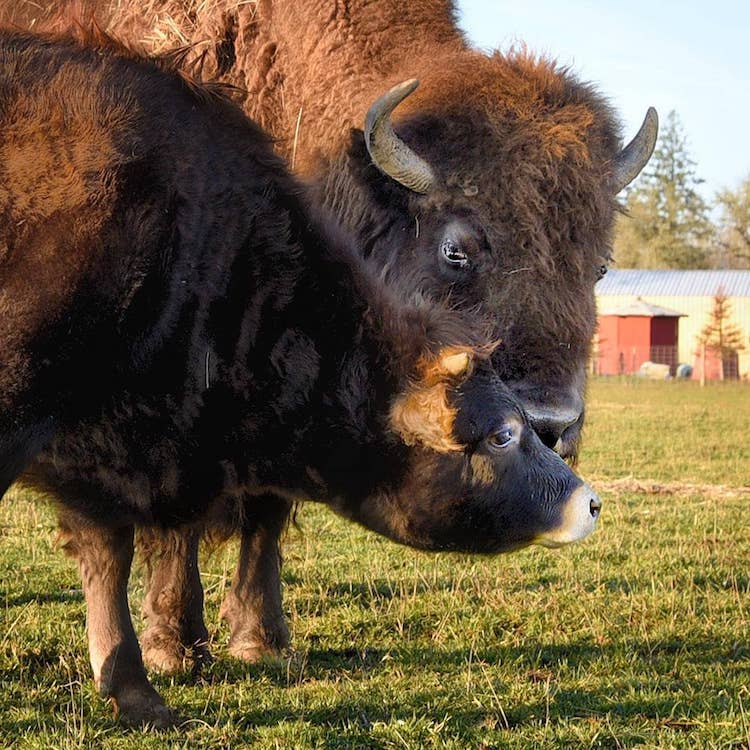 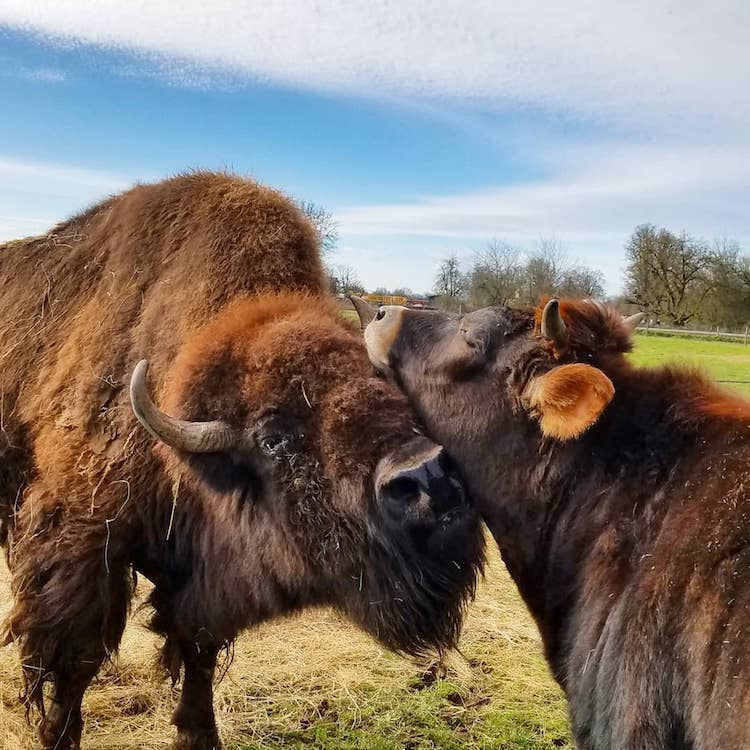 Oliver played a huge role in Helene’s life. After becoming friends with him, Helen’s entire attitude began to change, she became way happier. Helen and Oliver spent an entire year together, with his mom by his side, until he was big enough to join the sanctuary’s cow herd.  Still that didn’t make Helen lonely. Their friendship had opened a door to new friendships, and soon Helen was seen sharing meals and snuggling up in the hay with other animals as well. 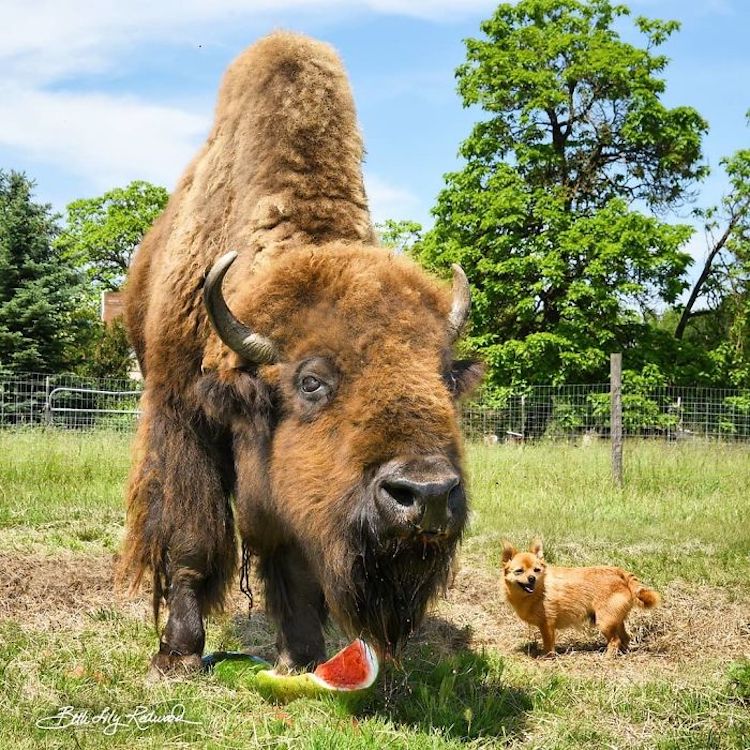 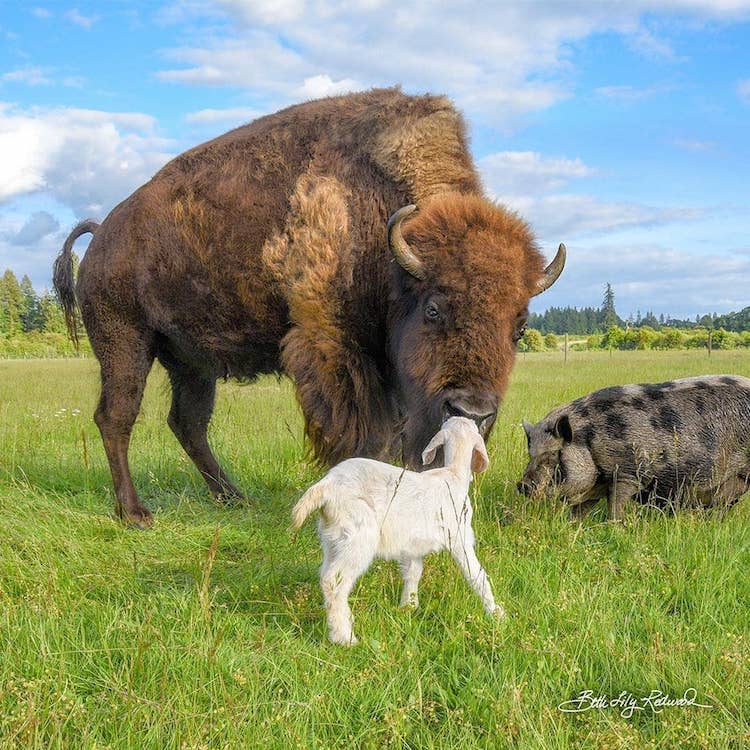 “Watching Helen come out of her shell has been truly incredible and we’re just so blessed to know her. She’s the kindest, most patient, and loving animal we’ve had the pleasure of knowing,” says Gwen from Lighthouse Farm Sanctuary.

Lighthouse Farm Sanctuary provides a safe and loving environment for animals just like Helen and her friends to flourish. “Our sanctuary is home to almost 300 non-human animals who have seen the very worst of humanity and every day they amaze us with their profound abilities to love and to be loved, even after the tragedies they have endured,” say the team. 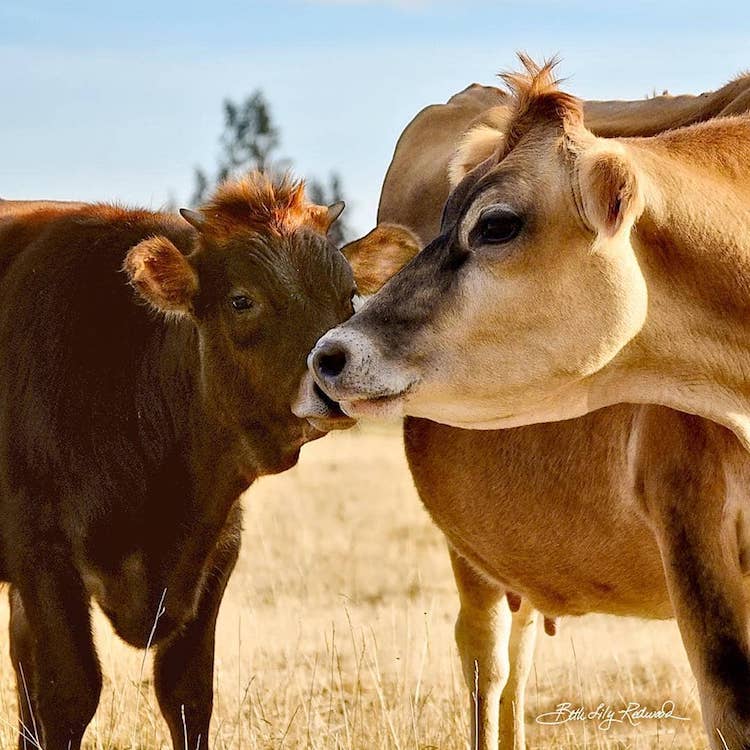 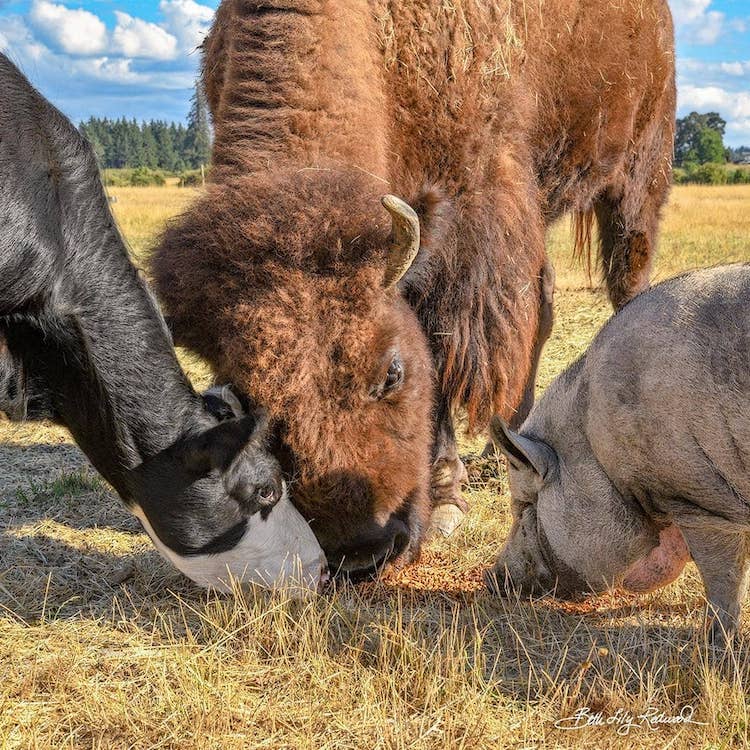 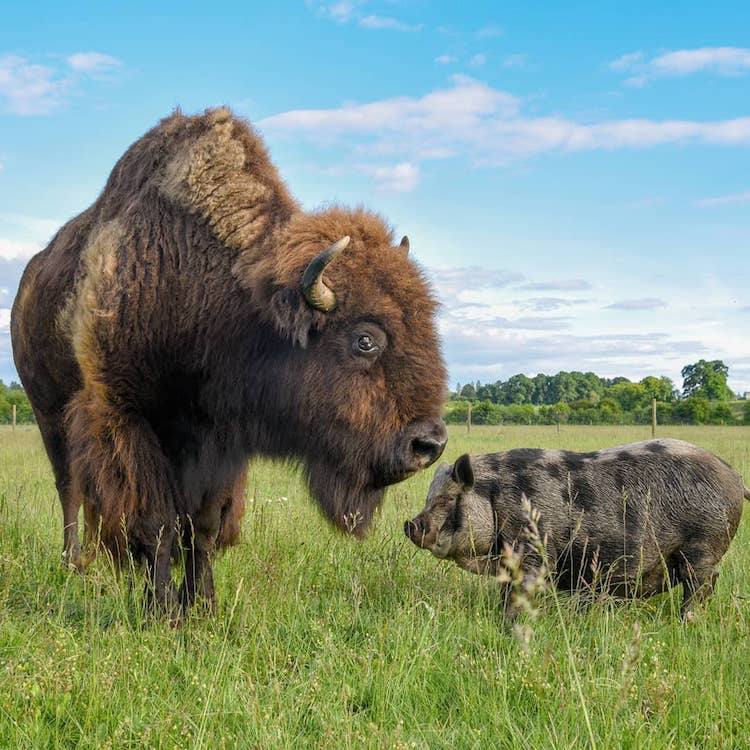 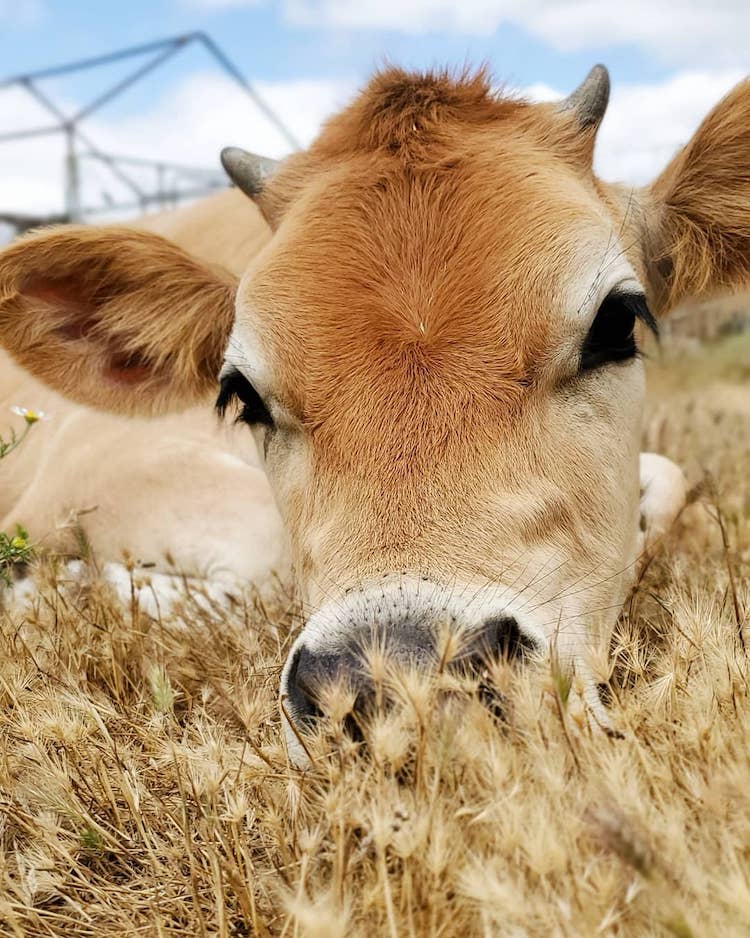 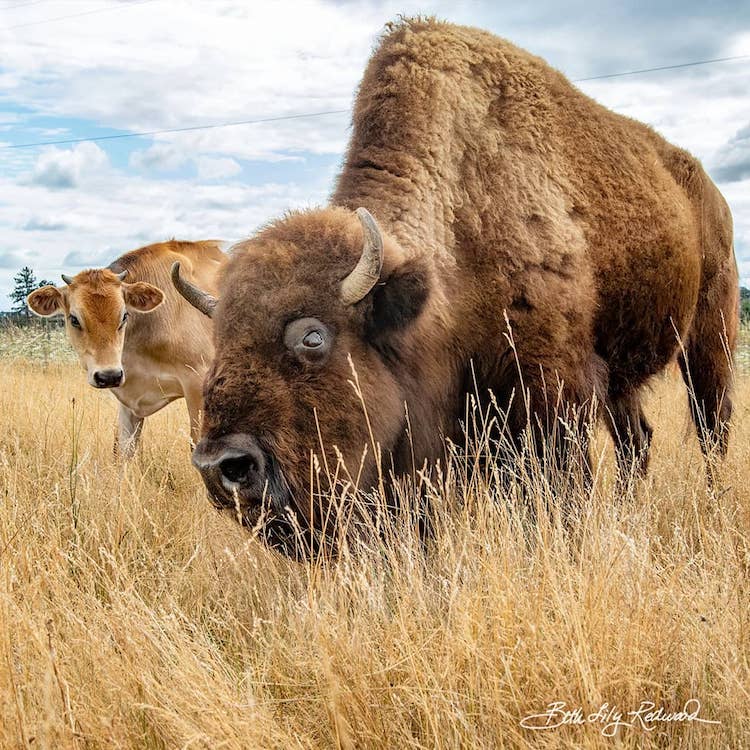