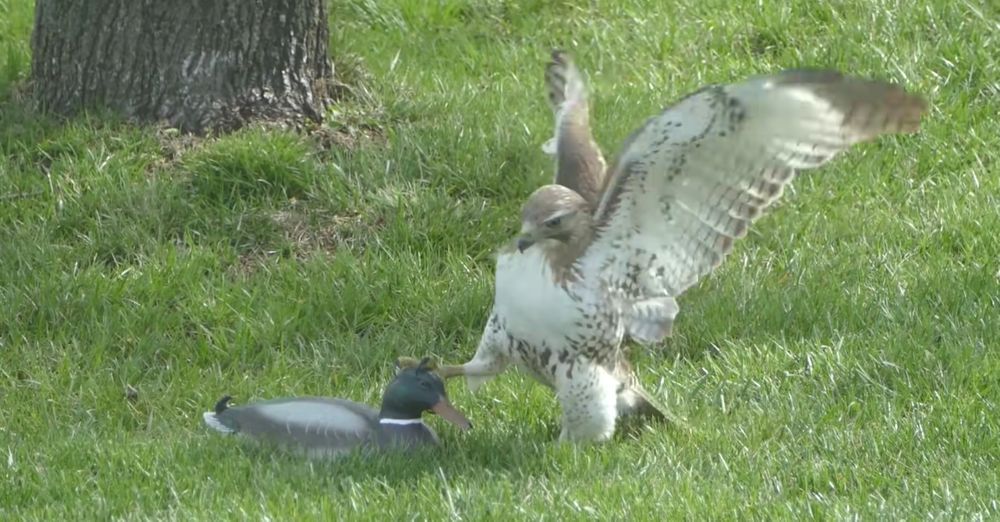 This hilarious videos of a hawk trying to attack this small duck made out of wood has gone viral on the internet. Hawks are birds or prey and they are used to be on top of their food chain. Usually the spot poorly hidden animals and catch them for their meal. 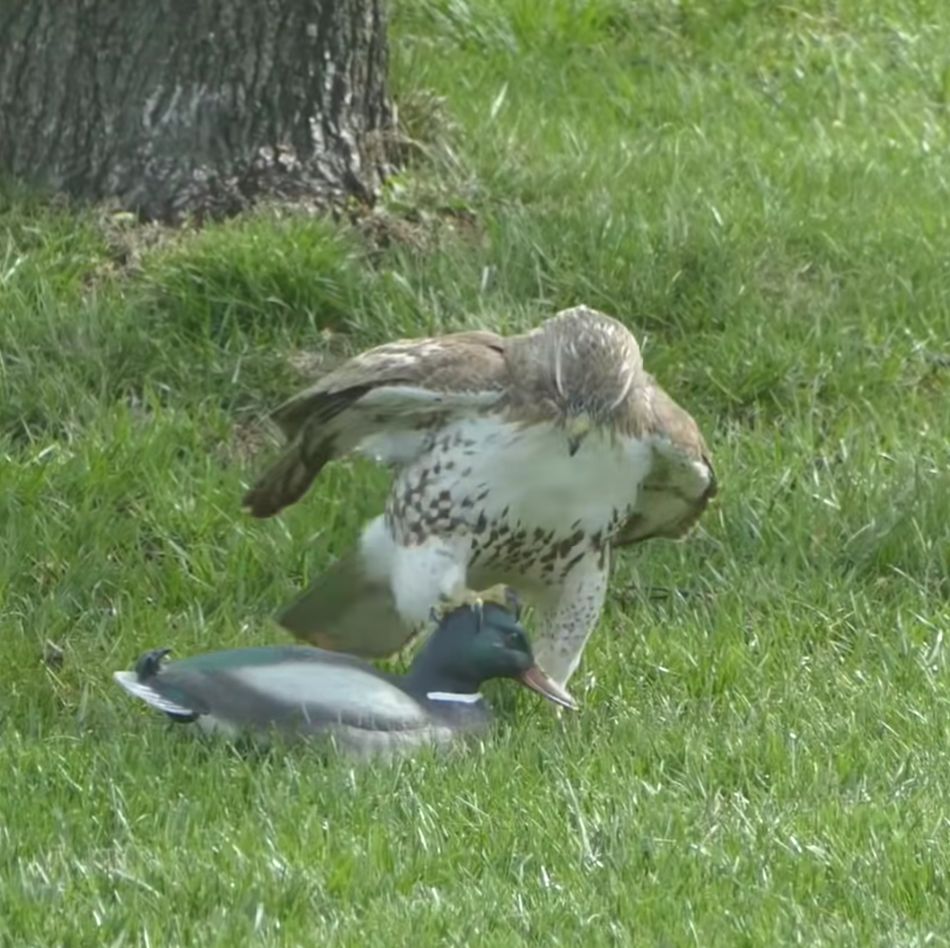 When this hawk saw this little duck just chilling in the grass, he thought he hit jackpot. He started to intimidate the duck, but the duck was made out of wood, and it wasn’t moving an inch.

The duck’s lack of reaction started to confuse the hawk, and after spending a couple minutes trying to intimidate him from different angles, he finally gave up.

The hawk clearly lost the battle leaving us  with this delightful video to watch. 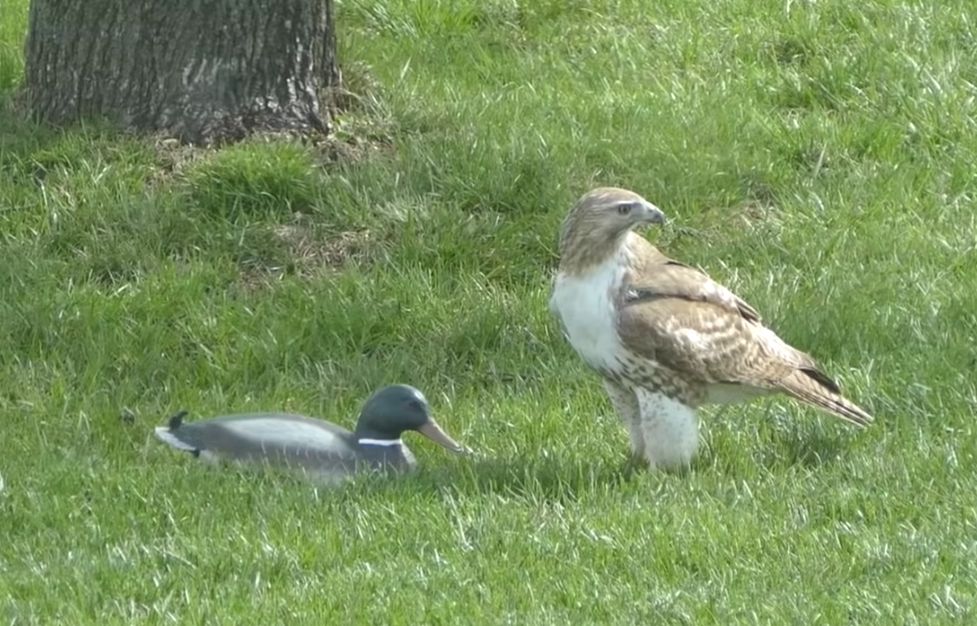