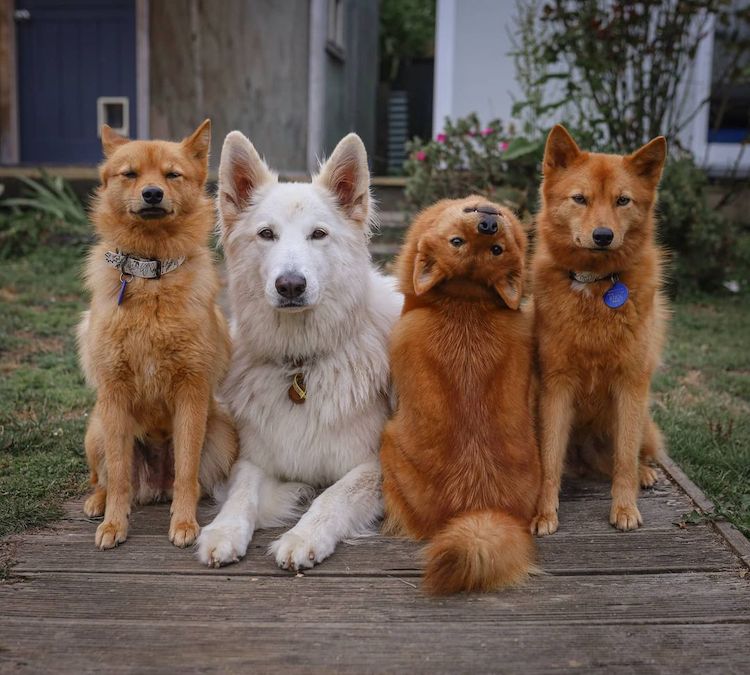 Each family or group of friends have someone that likes to pose silly, where the rest are trying to look cute. As a lot of behaviors that are similar in humans and animals, this is one of them too. Kiko, for example, it’s a 9-month-old dog Finnish Spitz who likes to be photographed while bending her neck so far back that it makes it look like the image is photoshopped. Her family proves that is all part of Kiko’s natural abilities.

Other members of Kiko’s family include two other ginger-colored dogs called Mika and Tofu. Mika is Tofu’s and Kiko’s mom. They are also joined by another dog named Kaya, an older White Swiss Shepherd, who is the motherly figure of the group as you can see in the pictures below.

Taking pictures of animals requires a lot of patience and time to get the to pose the way you want. This particular group of dogs has been trained on how to sit on the camera, only little Kiko is still learning, even though her head turning is just part of her personality that has since been turned into a trick. She seems like she doesn’t want to give up anytime soon.

You can see Kiko’s unusual talent below, and also follow the family on Instagram to see what they’re up to next. 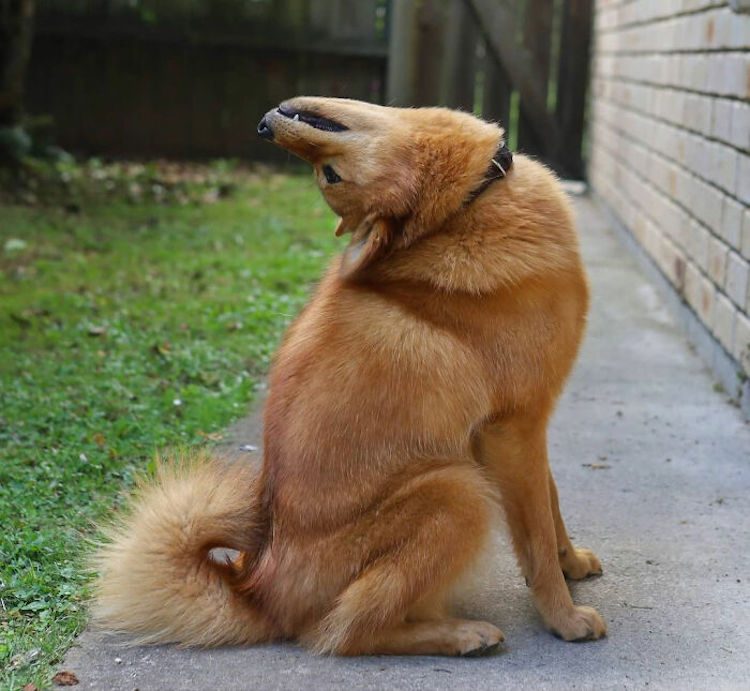 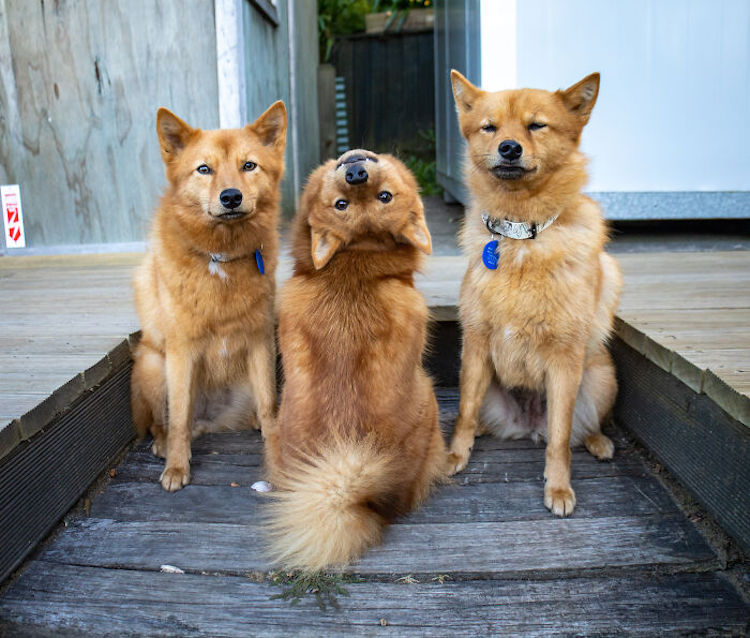 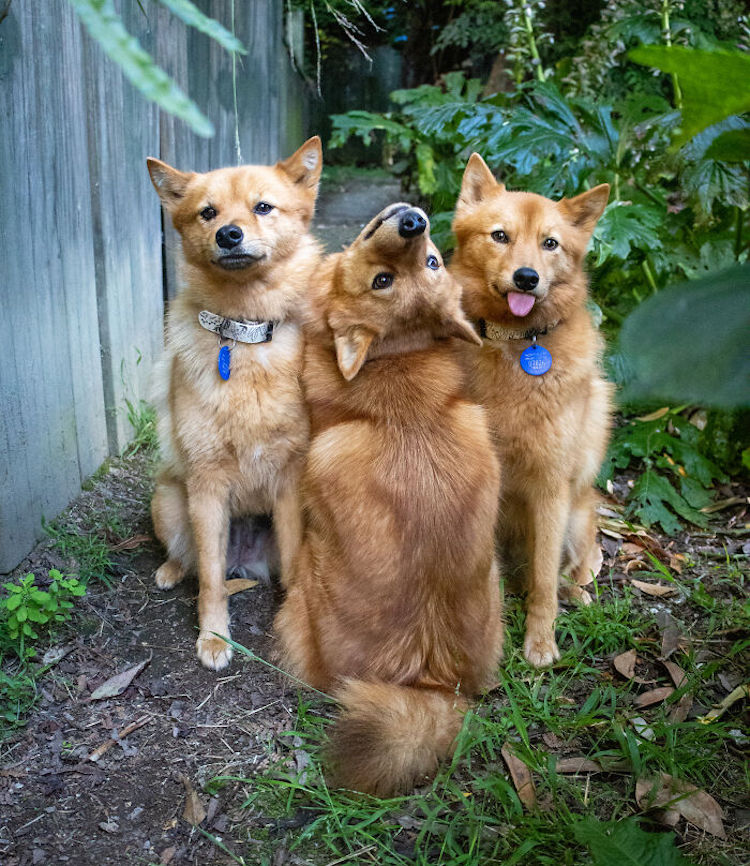 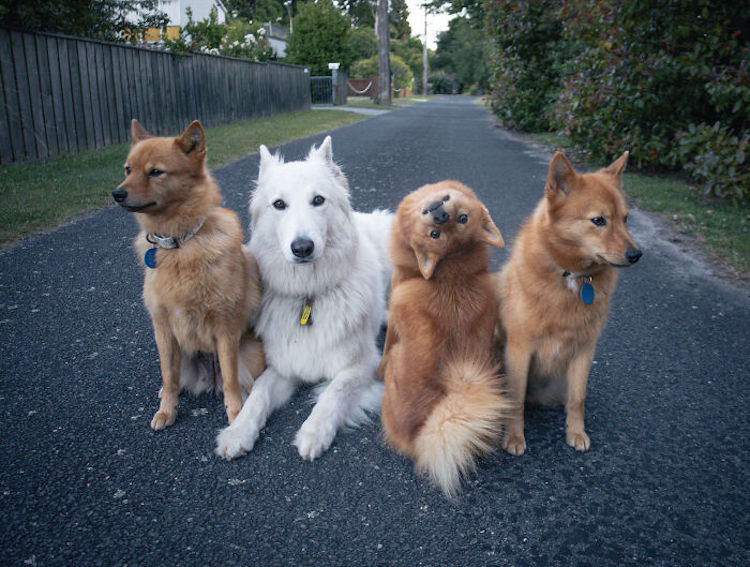 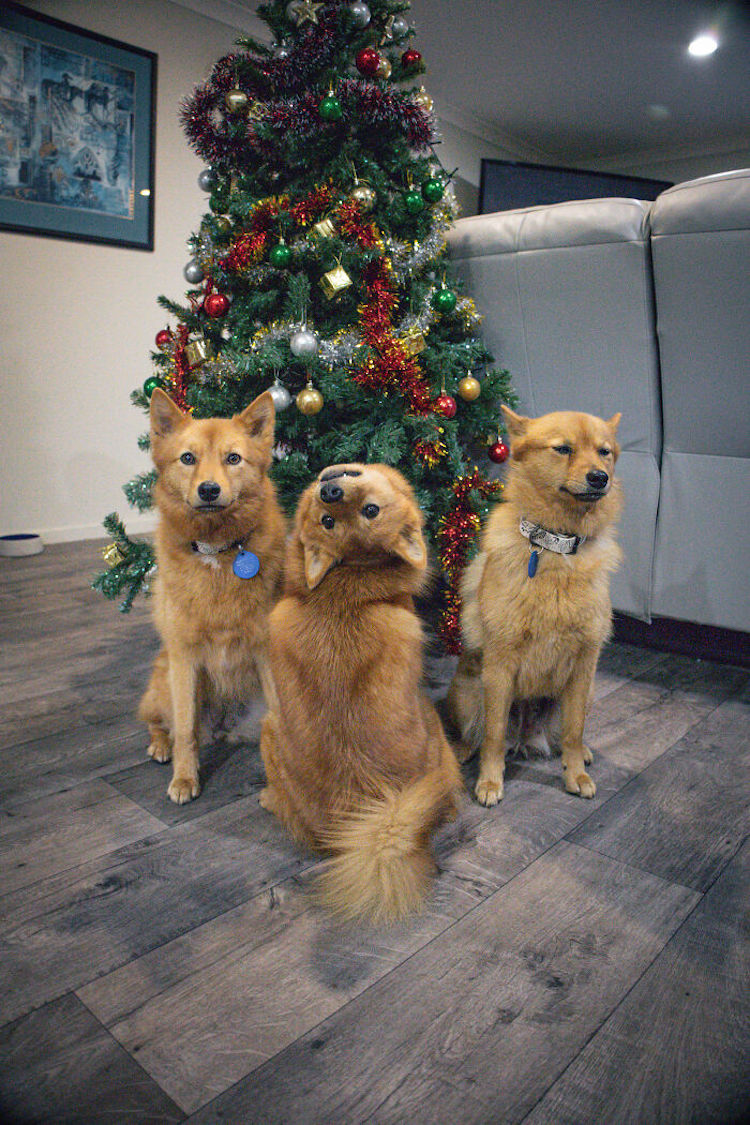 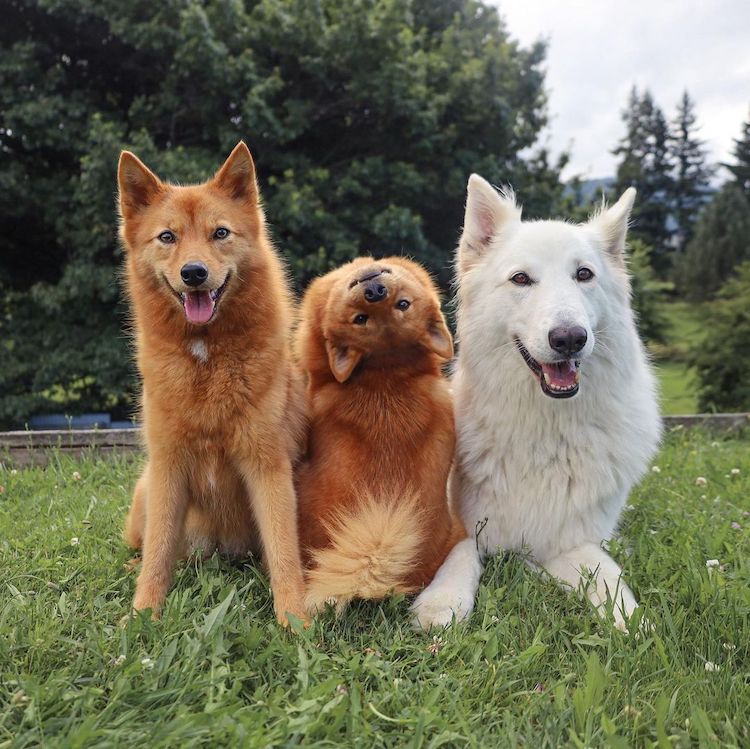 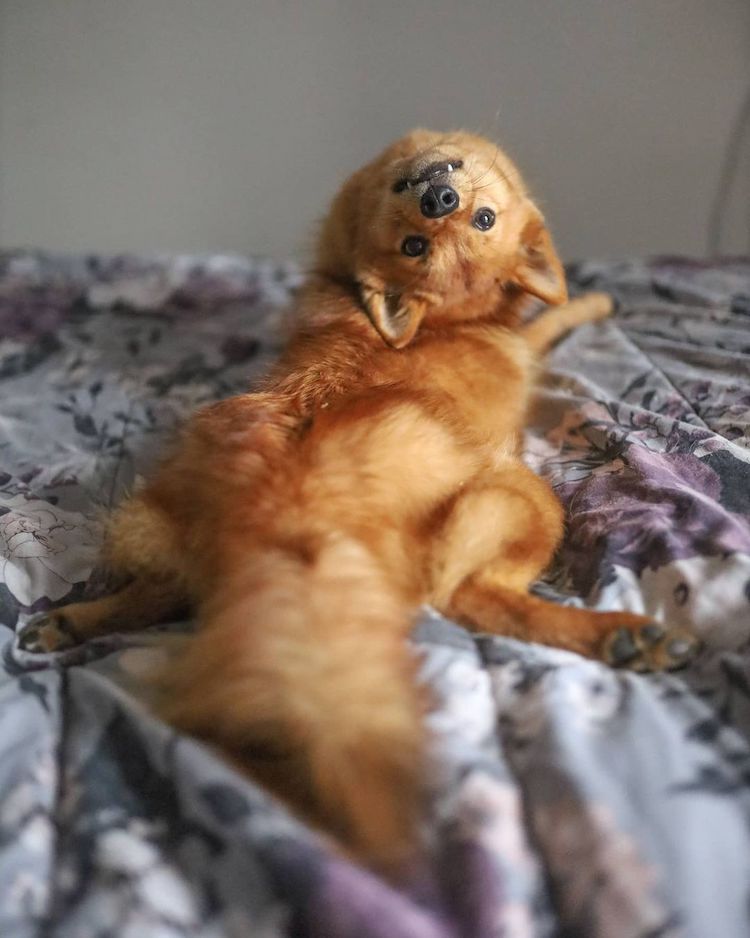