Known As The Devil Bird Of Sri Lanka, The Spot-Bellied Eagle Owl Has Heart Shapes In Its Feathers

In Sri Lankan folklore, a woman whose child was murdered by her husband went mad and ran off into the jungle to commit suicide. After her death, the gods transformed her into a creature called the ulama, or devil bird, whose horrible, human-sounding wail in the distance is a portent that something terrible is about to happen [source: Dole].

But was this a real animal? In the 1950s, ornithologist George Morton Henry, author of a definitive volume on the birds of Sri Lanka, decided that the devil bird actually was the spot-bellied eagle-owl (Bubo nipalensis blighi)[source: Eberhart].

This predatory bird, which is also known as the forest eagle owl, is found in a swath of South Asia stretching from India to Burma. It is about 21 inches (53 centimeters) in length and has heart-shaped spots and prominent black-and-white ear tufts that give it a suitably eerie appearance. But people who are fearful of it shouldn’t worry, because it eats only game birds (like pheasants), reptiles and fish [source: Harrison]. 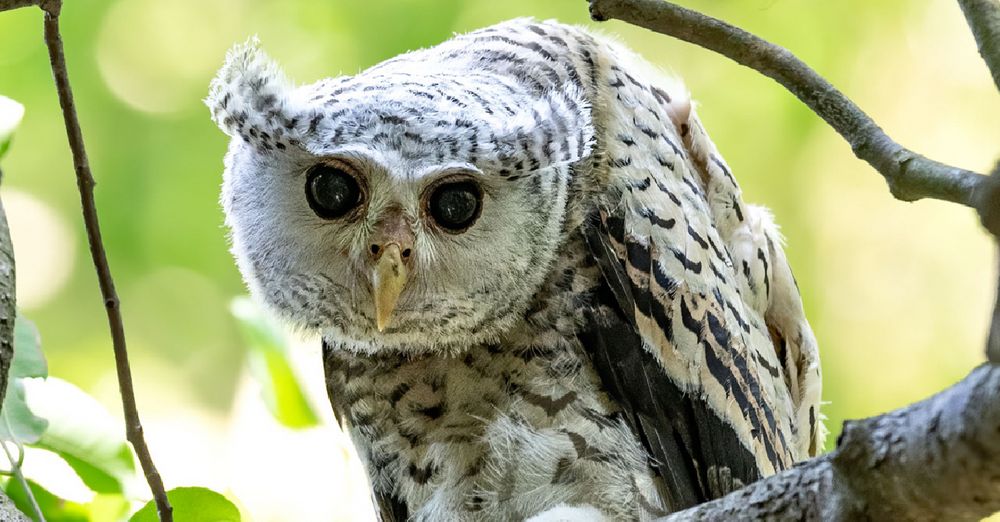 Sightings of the eagle owl are rare, thanks to the increasing presence of humans in formerly forested territory in Sri Lanka. Unlike many wild creatures who adapt to urban settings, this one will make its nests in thick jungle only. The birds return to the same nesting sites year after year, several of which we’ve had the privilege of seeing for ourselves. As the forest habitat of this rare and beautiful predatory bird continues to degrade, its future hangs in a balance.

Distributed across all parts of the Island, in both dry and wet zones, the owls do not necessarily build their own nests. Instead they occupy tree holes or previously abandoned stick nests, laying a single egg and taking turns keeping a watchful eye until the chick sets out on its own. 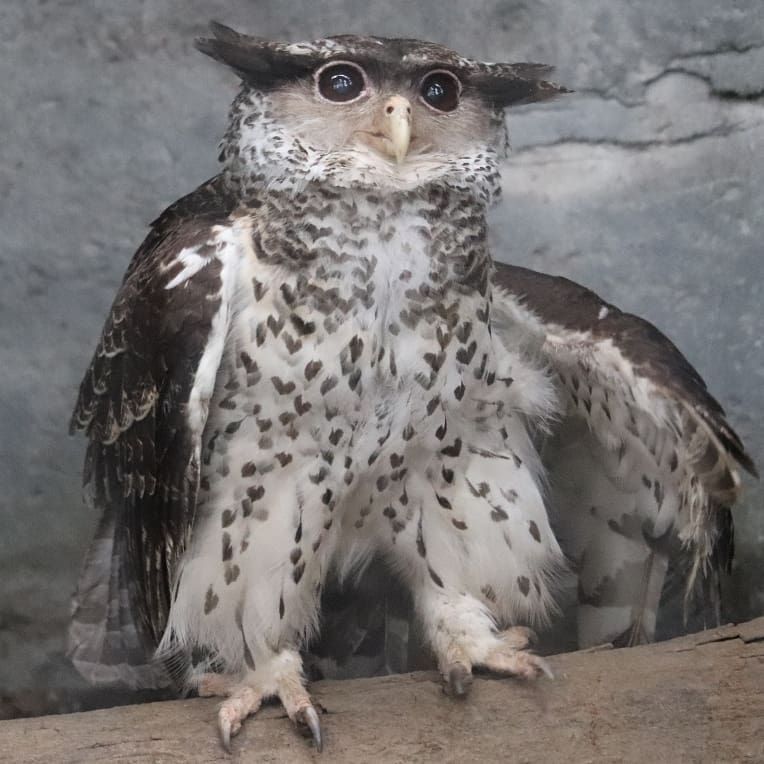 The largest of Sri Lanka’s owl species, the spot-bellied eagle owl preys on a wide range of creatures, including some fairly large mammals, birds and reptiles. A glimpse of this formidable creature in the open is all that’s required for the forest to come alive with alarm calls from distressed potential prey.

Although they hunt mainly at night, we once witnessed an individual going about its business at dusk. Swooping down upon a medium-sized black-naped hare in the undergrowth at Sooriyawewa, it held the animal tight in its sharp talons, spread its huge wings, and took to the air with its prey. The whole encounter was over in a moment.

These elusive creatures are even harder to spot during the daytime.On safari in Wilpattu National Park one day, a bird – flying too fast to identify – crashed into the back of the vehicle ahead of us. It was only when we approached it, lying motionless on the road, that we realized it was a spot-bellied eagle owl. Our guide picked it up and put it on a branch, and it was just a couple of minutes before it regained consciousness and flew back deep into the jungle.

Feathers of the spot-bellied eagle-owl (Bubo nipalensis) appearing as though marked with black hearts. 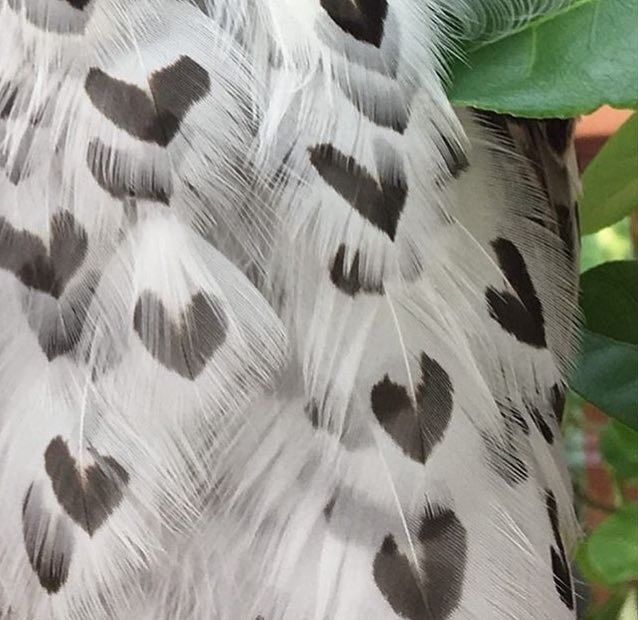 The spot-bellied eagle-owl (Bubo nipalensis), also known as the forest eagle-owl is a large bird of prey with a formidable appearance. It is a forest-inhabiting species found in the Indian Subcontinent and Southeast Asia. This species is considered part of a superspecies with the barred eagle-owl (Bubo sumatranus), which looks quite similar but is allopatric in distribution, replacing the larger spot-bellied species in the southern end of the Malay Peninsula and the larger island in Southeast Asia extending down to Borneo.

This owl is noted for its strange, human-sounding call, it was suggested that it be the cryptid known as ulama or “Devil Bird” in Sri Lanka.