Tobias Baumgaertner is a German photographer who has won the attention of everyone and the Community choice Award with his lovely picture of two fluffy penguins hugging each other.

This award was given in site of Ocean Photography Awards , where each year, photographers around the world are invited to participate with their best shots that capture the beauty of under and above water ecosystems.

The exhibition was very rich with different images that portray our blue planet, but this picture of penguins was the one who caught the most attention. 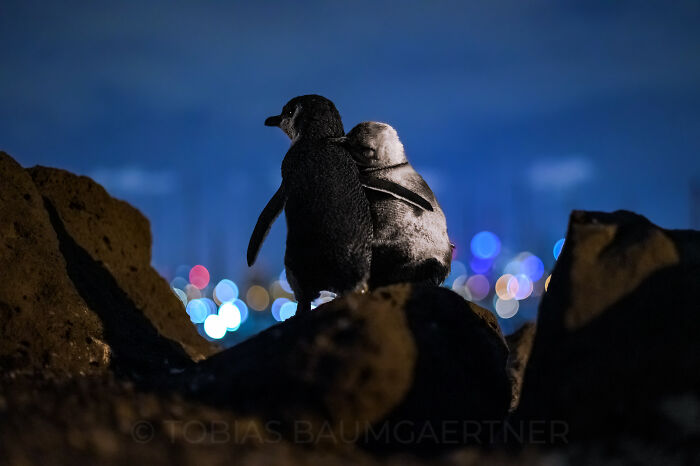 As the story was told, both of these penguins had lost their partner, and often they would get together comfort each other while watching the city lights

“A volunteer approached me and told me that the white one was an elderly lady who had lost her partner and apparently so did the younger male to the left. Since then, they meet regularly, comforting each other and standing together for hours watching the dancing lights of the nearby city,” the photographer states.

Tobias’ magnificent shot was captured in Melbourne, Australia. In order to take this shot, he spent 3 full night with this penguin colony. It was quite challenging, considering their rapid continuous movements, but there was a magic moment when this shot happened.

Nature itself it’s wonderful, but shots like this add the magic even more.

Tobias posted this picture on Instagram with a very thoughtful description which speak to everyone, “During times like this, the truly lucky ones are those that can be with the person/people they love most”. 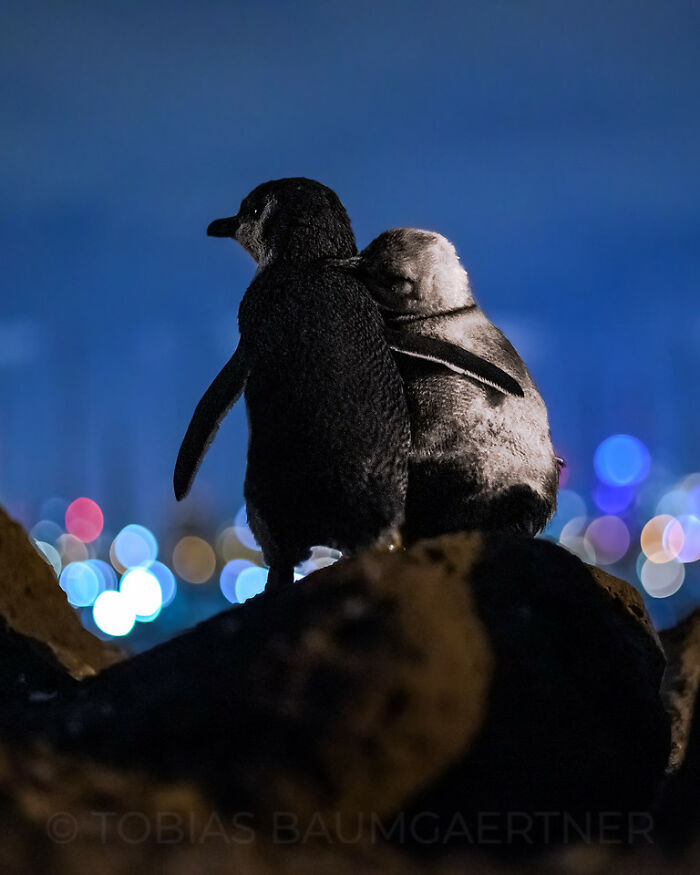