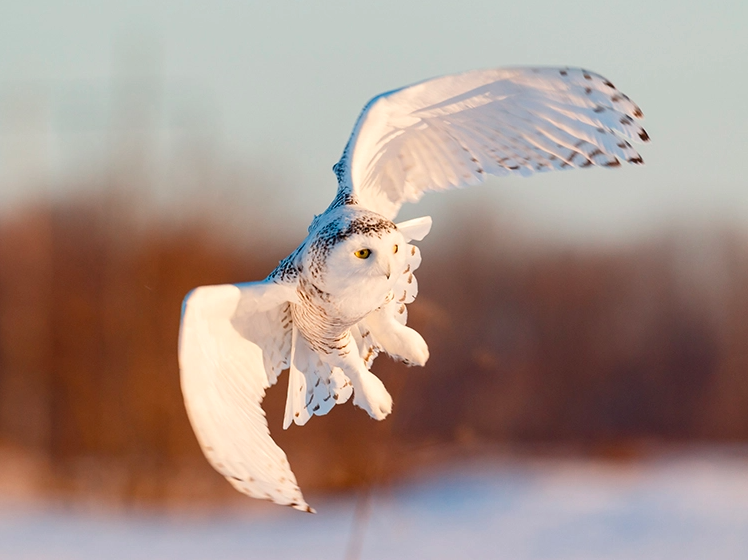 A magnificent snowy owl has stunned visitor of the Central Park in Manhattan with its elegant whiteish plumage. The word spread quickly over the Twitter account  Manhattan Bird Alert, and people were rushing to catch a glimpse. The whole excitement comes from the fact that snowy own hasn’t been sighted in Central Park since 1890. Seeing this own was once-in-a-lifetime opportunity, since they usually prefer colder, rural environments. They can be seen in upstate New York during the winter and sometimes even on Long Island.

@BirdCentralPark
We were also part of the lucky crowd that enjoyed our beautiful visitor today.⁰
We were more welcoming than some.
Wonderful experience. 🙂 pic.twitter.com/t5k6IkeKcc

This own was identified as a young female based on her black markings. These species hunt small rodents, but can  also feast on rabbits.

Unfortunately the elegant owl had no such luck with her fellow birds. A territorial red-tailed hawk flew close to attempt to chase off the arctic intruder, but her feathers were only a little bit ruffled. She had to flap her wings to shoo away a group of crows who similarly took exception with her presence. Raptors such as snowy owls sometimes hunt crows, leading to a natural animosity.

Once in a lifetime appearance of the Snowy Owl in NYC Central Park, North Meadow yesterday (1/27/21). A video clip of the owl being harassed by the very loud crows and not moving an inch. #birdcp #SnowyOwl pic.twitter.com/OPaVGMQva9

Despite her short stay, the snowy owl of Central Park has enchanted New York (and the world) as much as Rockefeller the saw-whet owl did when found in the Rockefeller Center Christmas Tree. Birders of New York must now await the return of a snowy owl to Central Park—hopefully in less than a century.

Four more of the latest celeb-‘birdy’ snowy owl in Central Park (NYC) seen yesterday (27Jan2021). One of the crows being a nuisance,stretching her wings, shrugging off the haters and displaying her displeasure of a nearby Cooper’s hawk. #birdcp #birdnerd #nikonphotography #owls pic.twitter.com/0he6zcBzW8

Here are my obligatory contributions to the snowy owl photos. I took a break from work to see the second ever recorded snowy owl in Central Park (the last was in 1890). #birdcp pic.twitter.com/qbRLIqTCvs