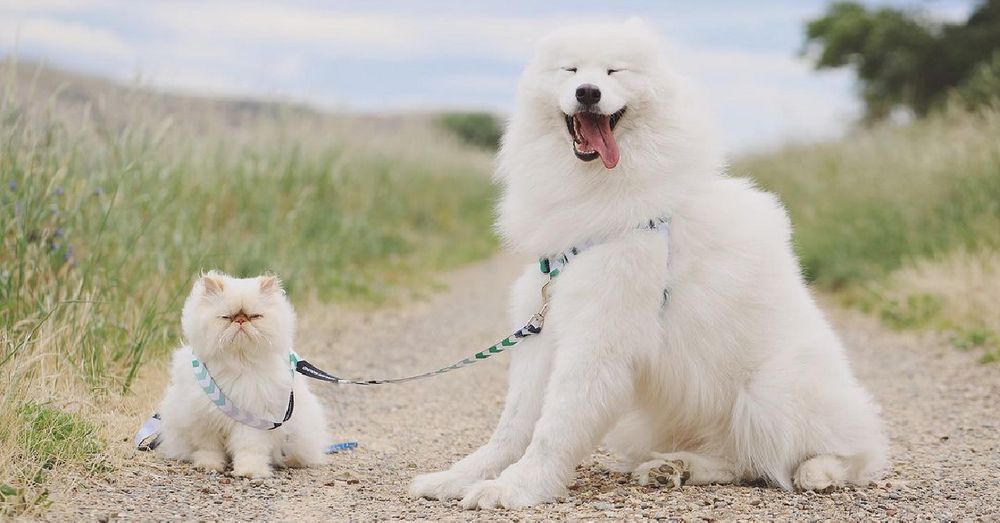 Our four-legged friends our undoubtfully the best companions we can have. The interaction and connection they have with humans is indescribable. Unfortunately, you can’t say the same about when it comes to interaction with one of their kinds. As a lot of people think that cats and dogs are mortal enemies, luckily we have some news to prove them wrong.

Meet Casper, a six-year-old who lives with his humans Rinsa Li and Wei Cheng in New Zealand. After adopting Casper, Rinsa always wanted a cat as well, but she wasn’t sure how Casper is going to react.

She had the chance to test his behavior around them, when her friend got a cat. Seeing that Casper is being completely adorable around them, she decided to get one a tiny white kitten as well.

The new member of the family named Romeo, decided that he liked the big fluffy dog, and now they’re best friends. Seeing them snuggled together it’s the best thing ever, also considering the fact how much they look alike with their all white fur like majestic clouds. The only difference is their face expression. Romeo is usually all grumpy, while Casper all smiley, which is completely hilarious when seen together. No matter what the face says, they’re both sweethearts, and probably the seemingly opposite personalities made it possible for them to have this special strong bond.

You can check out their pictures below, and if you want more, go follow them on Instagram  @casperandromeo