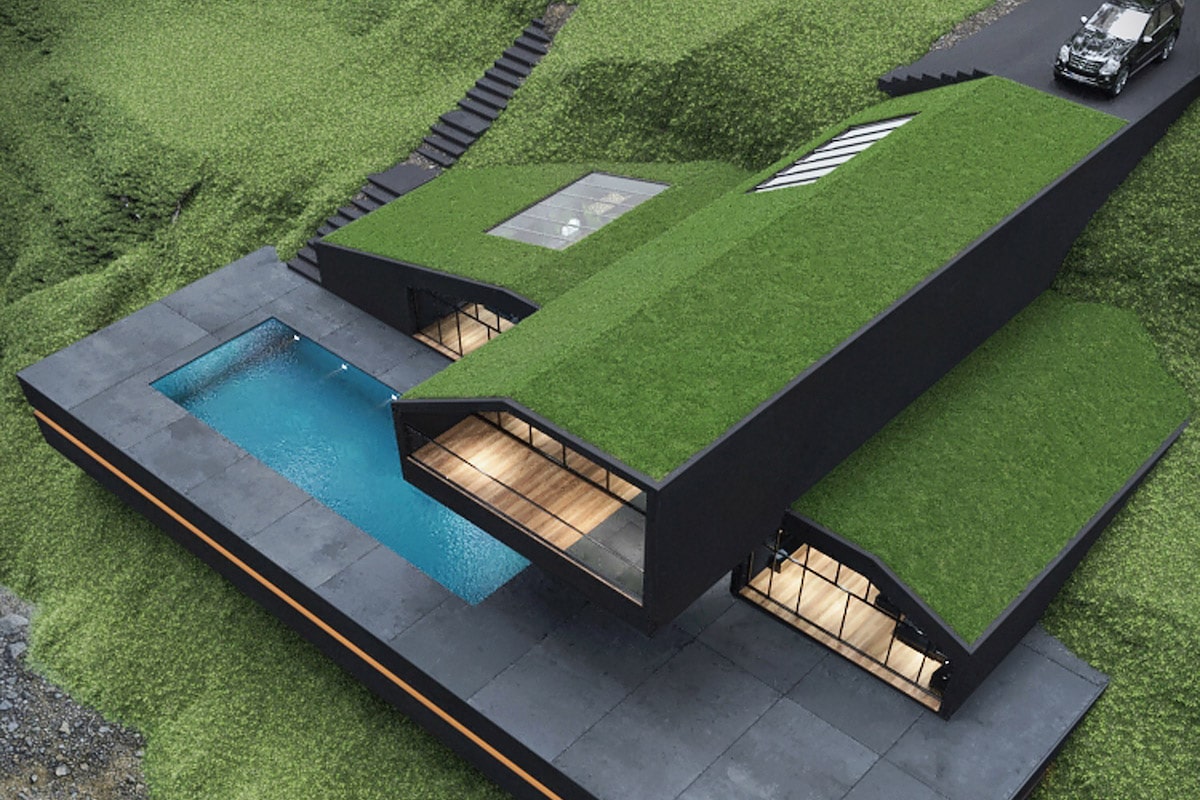 Reza Moftashami is the brilliant architect behind this unique Black Villa in Harriman State Parl, New York. What makes this place special is its color, and its ability to blend with nature when seen from above on an aerial shot. From the architect’s point of view, this bold color chosen for this house it’s the right one to describe New York’s moody atmosphere.  “Black is very vague. Black means power and has a high character and prestige. It is very mysterious,” says Reza. 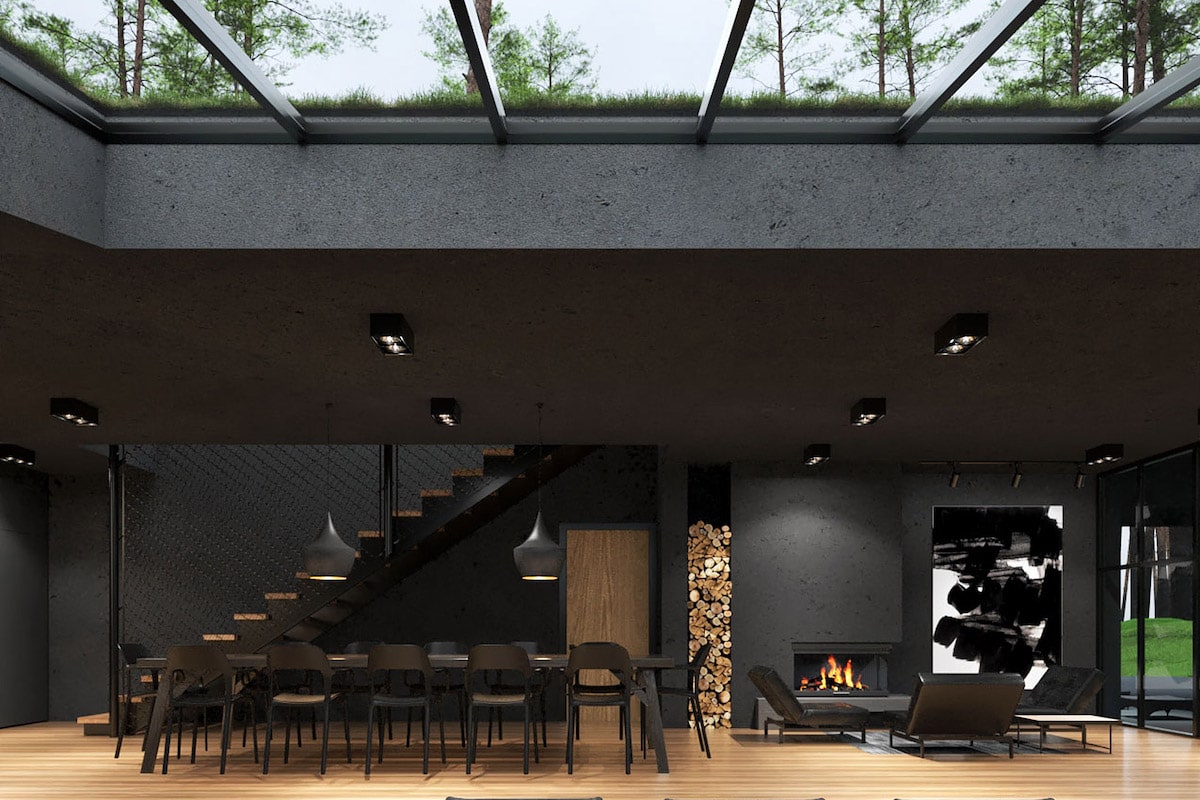 The house is hosting a single-family and it’s surrounded by large windows on major façades. The interior of the house as well is covered in a black and rich wood structure. Another element that adds some glam to this mysterious-looking house it’s the stone which blends with the furniture and other settings inside the house. 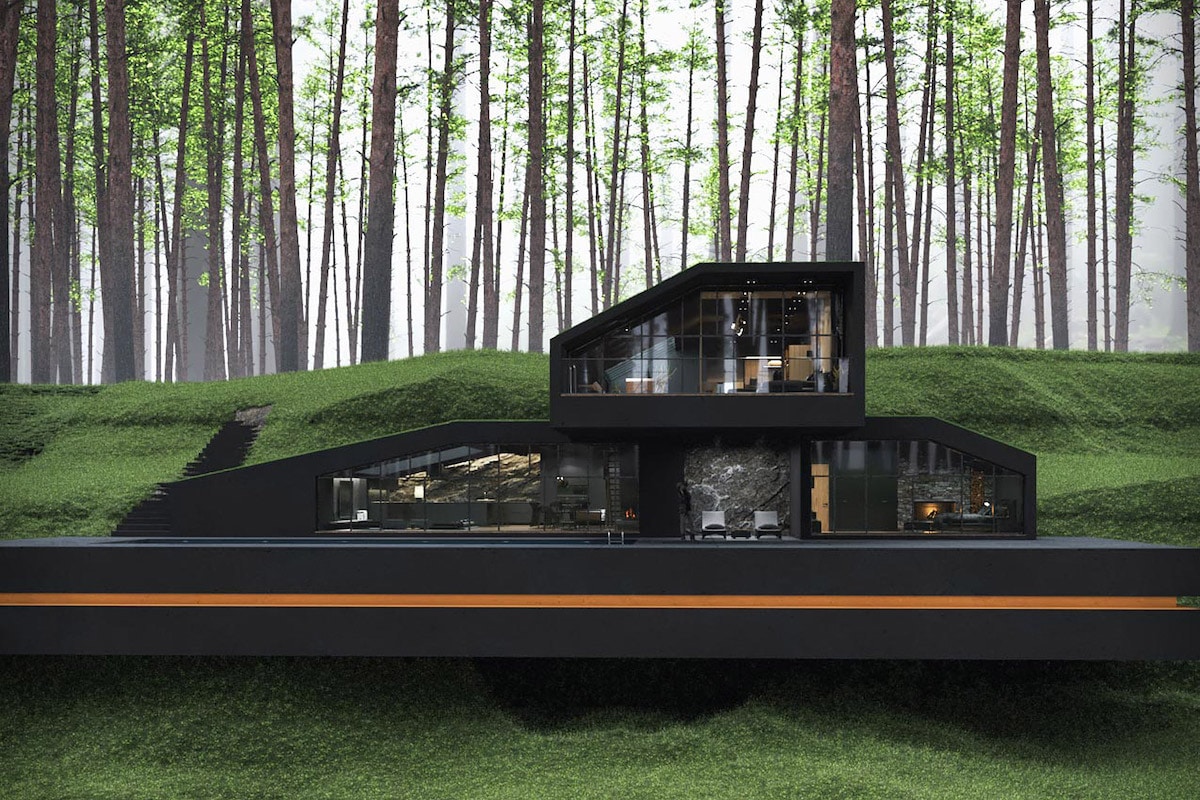 When looked at from above, the house looks like it blends with nature. It is the perfect solution to not disrupt the landscape, but on the other hand to bring humans closer to the greenery.  Though a large concrete platform and minimal stairway stand in stark contrast to the surrounding green, skylights also break up the continuous greenery in two major living spaces. There’s a window in the center of the room reflecting the light in the middle of the lounge area, making it more cozy and sophisticated at the same time. 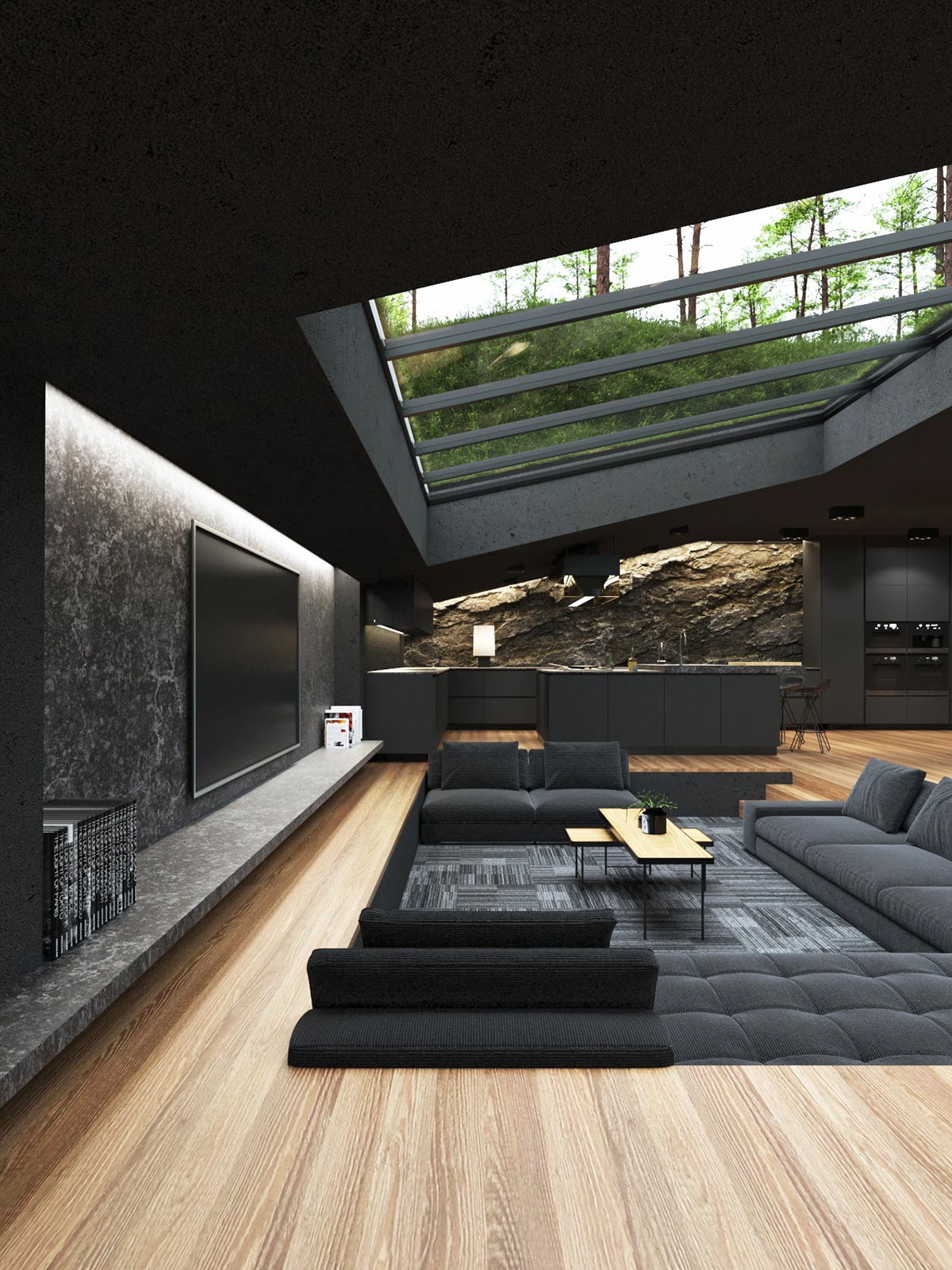 This villa is located in Harriman State Park, New York. 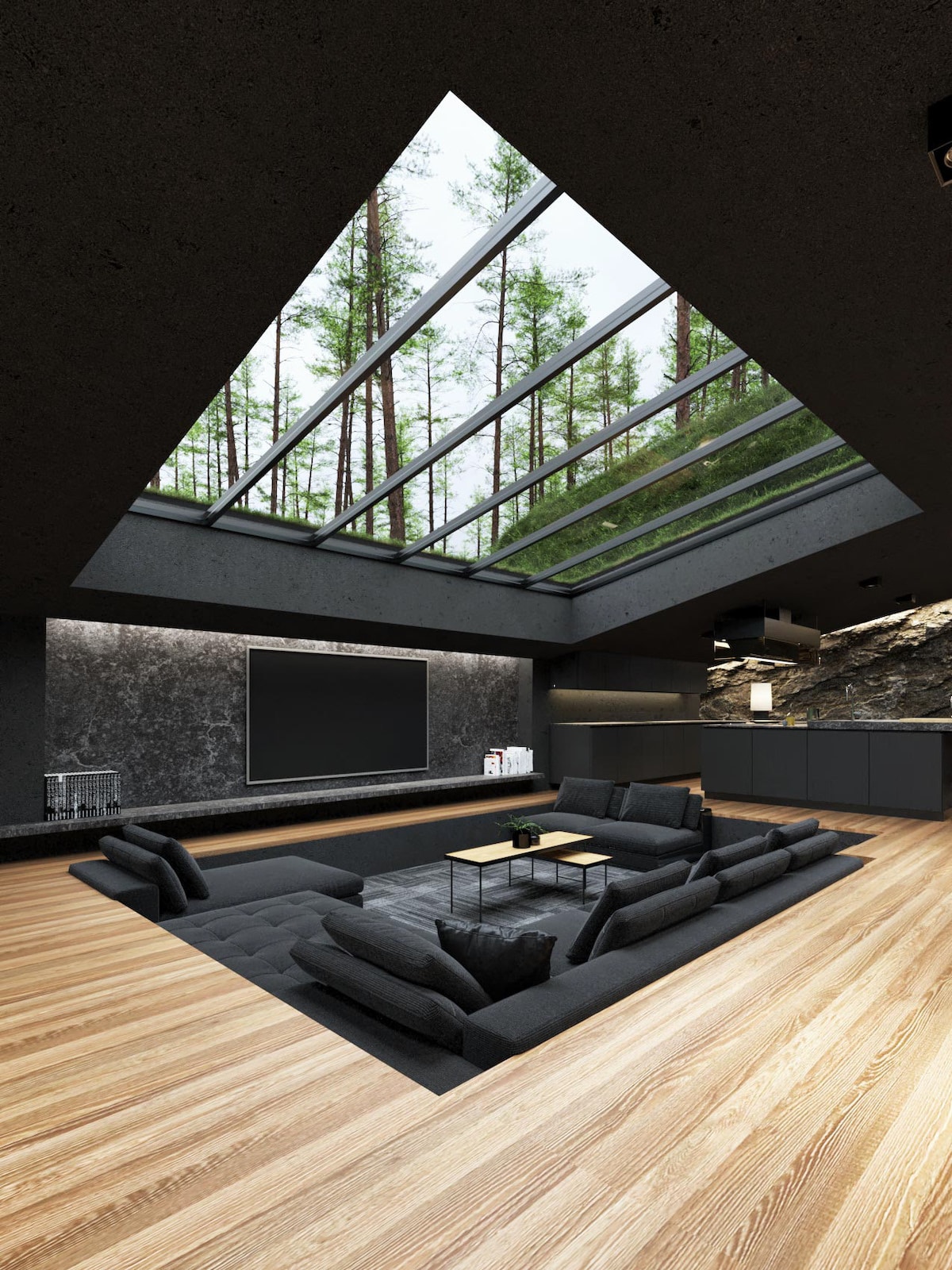 When asked about his design process on the project, Mohtashami explained that the dark palette was an important concept. “Black is very vague. Black means power and has a high character and prestige. It is very mysterious.” 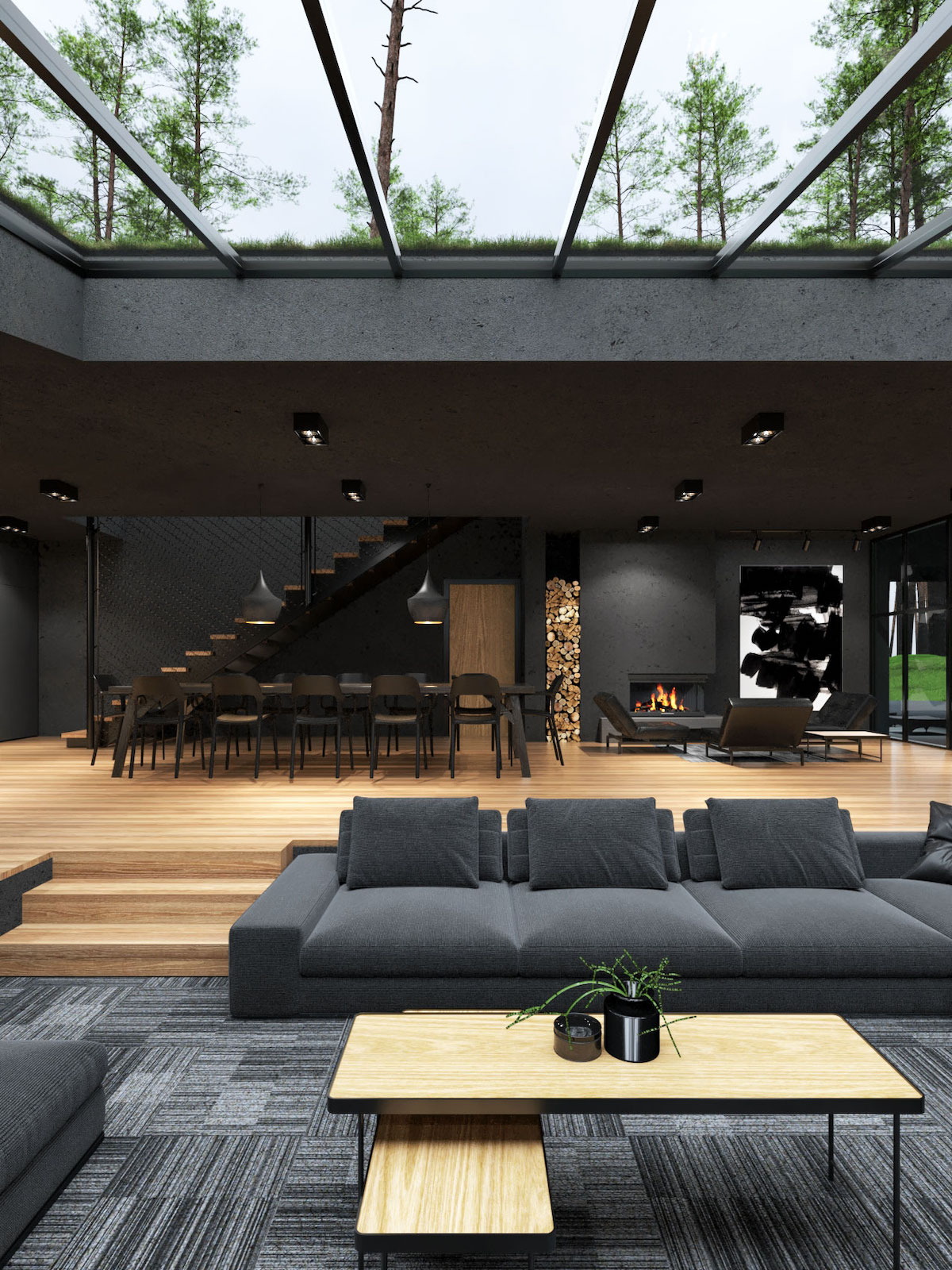 The black villa is a great example of how the dark palettes work great together. 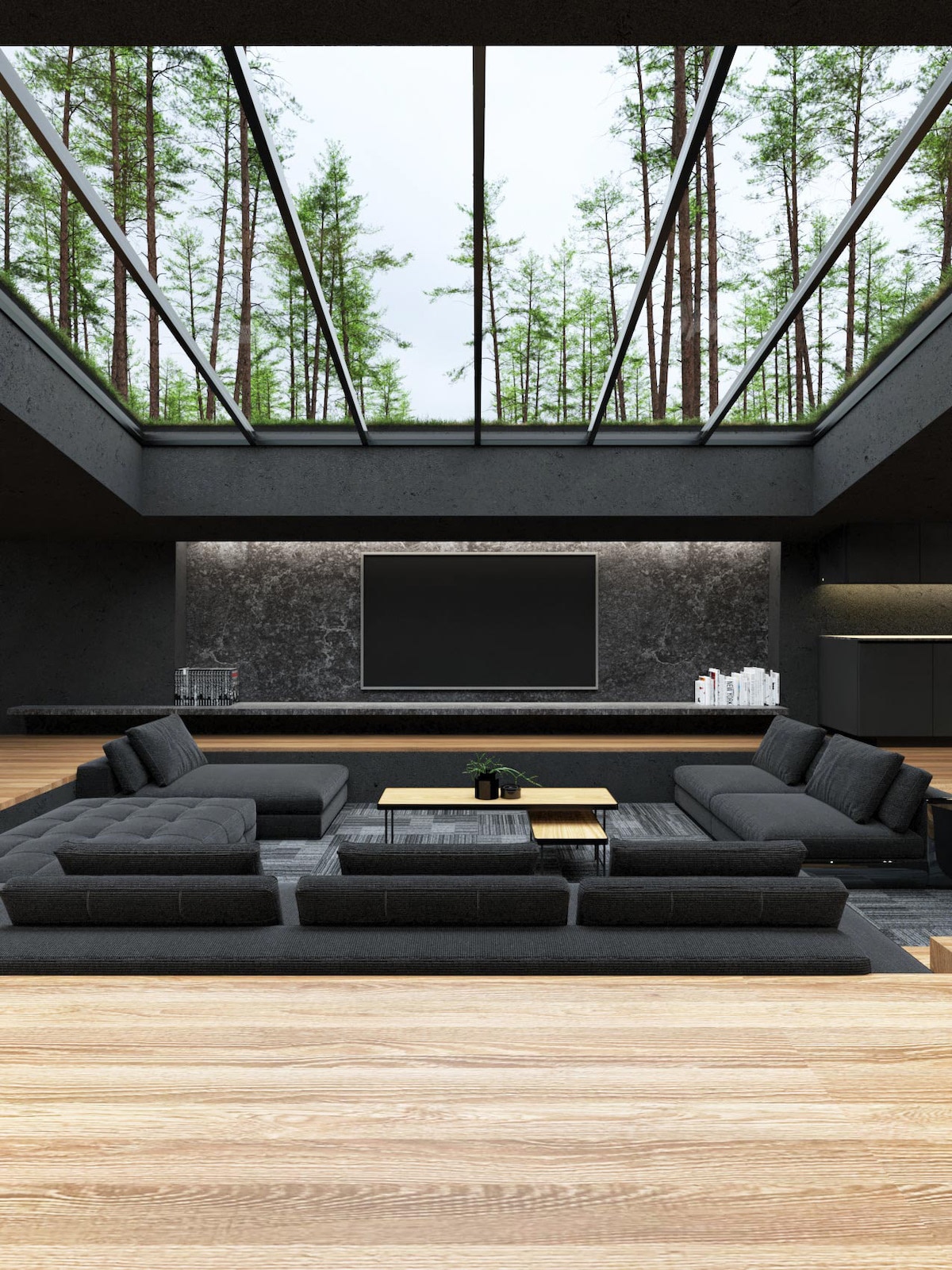 A consistent visual connection is maintained to this site through large windows on major façades. 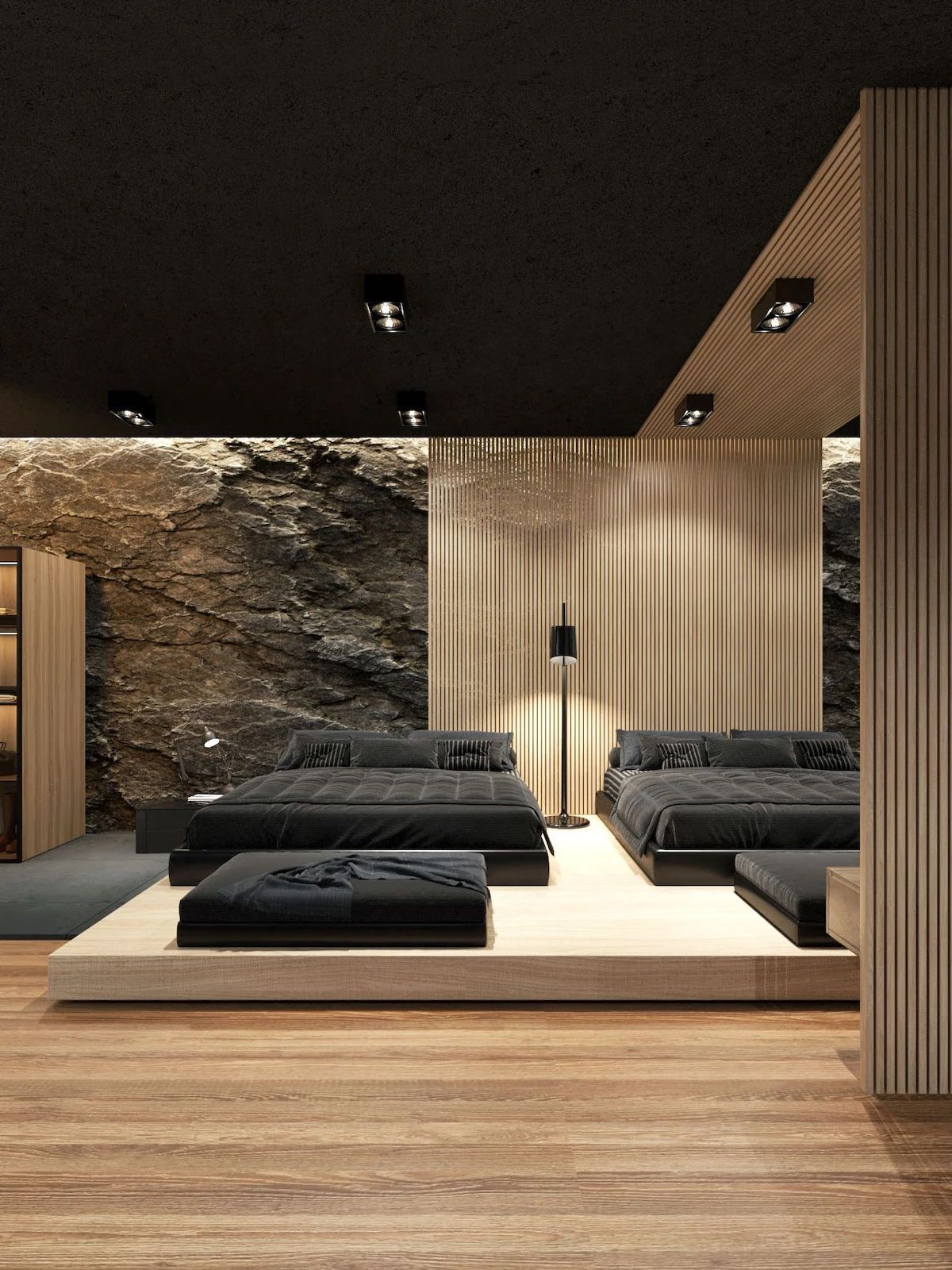