The amazing Mexican installation artist Gabriel Dawe produces rainbow installations that appear as refracted light beams, ethereal works composed of thousands of multicolor threads. He recently has won the spotlight again with his recent installation, Plexus no.34, which is exposed in the Toledo Museum of Art’s Great Gallery.

It’s brightly colored composition contrasts the rich shade in the surrounding, found in the paintings of old masters, making this way a bold comparison between old and new. The magnificent installation is composed of embroidery threads strung to create a holographic look of an indoor rainbow.

To create this kind of art can be very frustrating at times, needing a high level of patience. But Dawe’s love for embroidery pushed him through the process.  For him, the use of textiles in his work is also a subtle way to look at notions of gender identity. “The Plexus installations started as a big experiment using the core material of my work with embroidery. Because of the material, there is a subtext of gender politics in them, albeit subtly,” says Dawe. “Very early on, I realized that these architectural structures made out of sewing thread were very ethereal. It was almost as if they were rays of colored light frozen in space.”

The Plexus 35, was the first piece in which the artist explored the breaking up of the spectrum. The artwork adds majesty to the gallery and it’s surrounded by the work of famous masters of art such as Peter Paul Rubens. 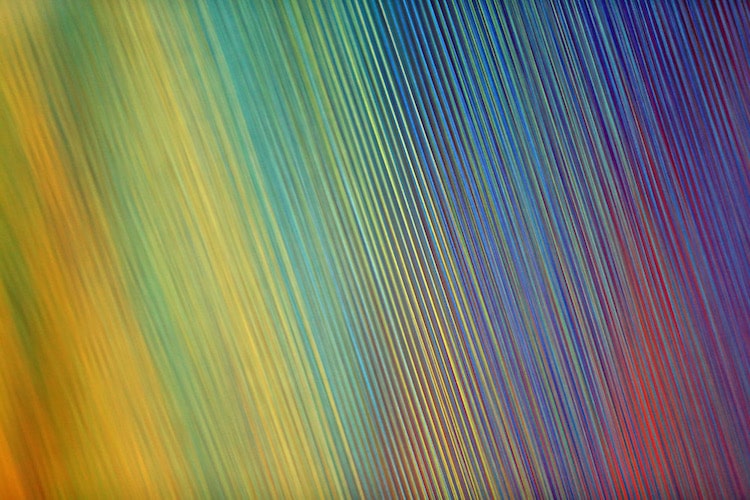 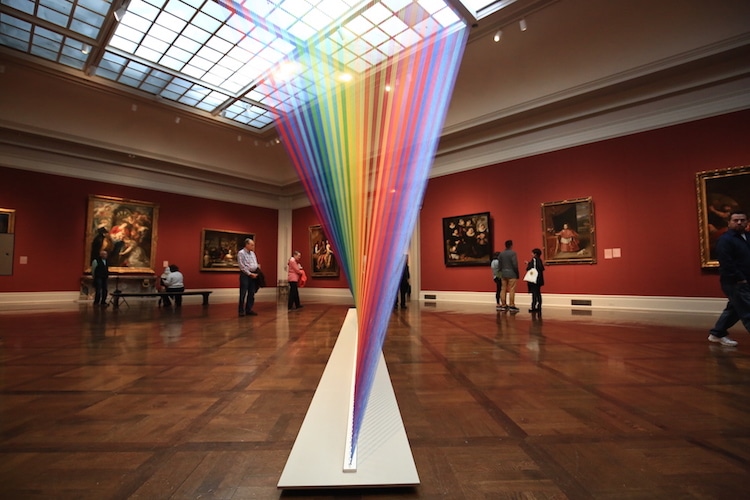 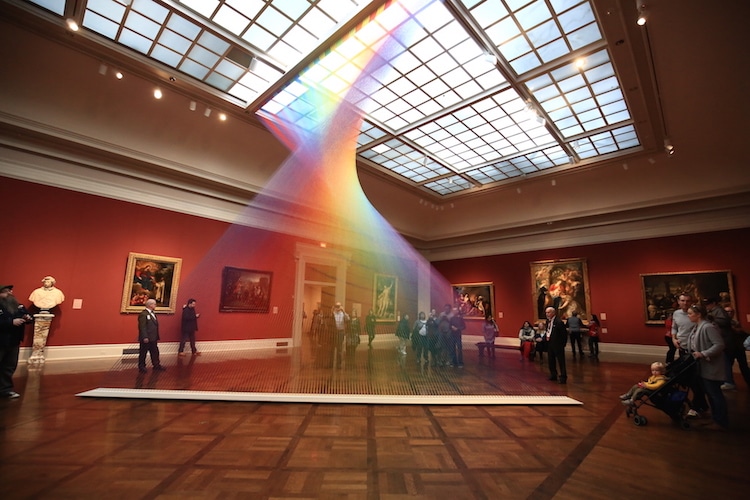 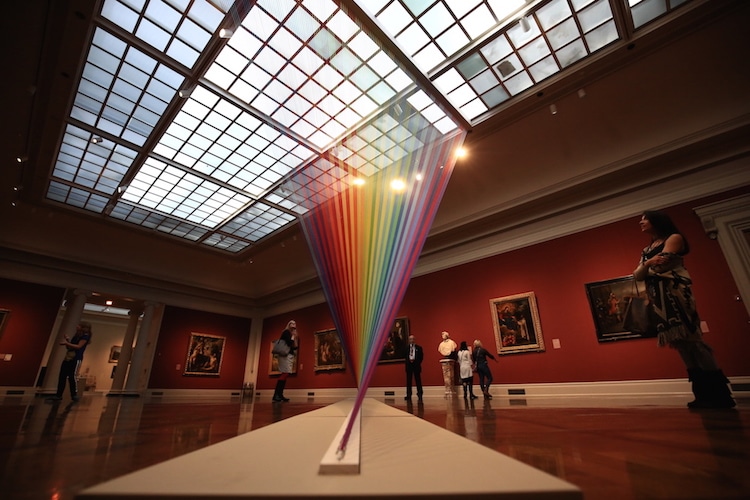 17 Stunning Photos of Traditional Wedding Dresses From Around the World Previous post
NASA Has Been Watching Over Mars for 8 Years, and Here Are Some Great Images of the Red Planet (30+) Next post