The historic attempt to sample the asteroid Bennu could provide clues to the origins of our solar system—and of life itself. 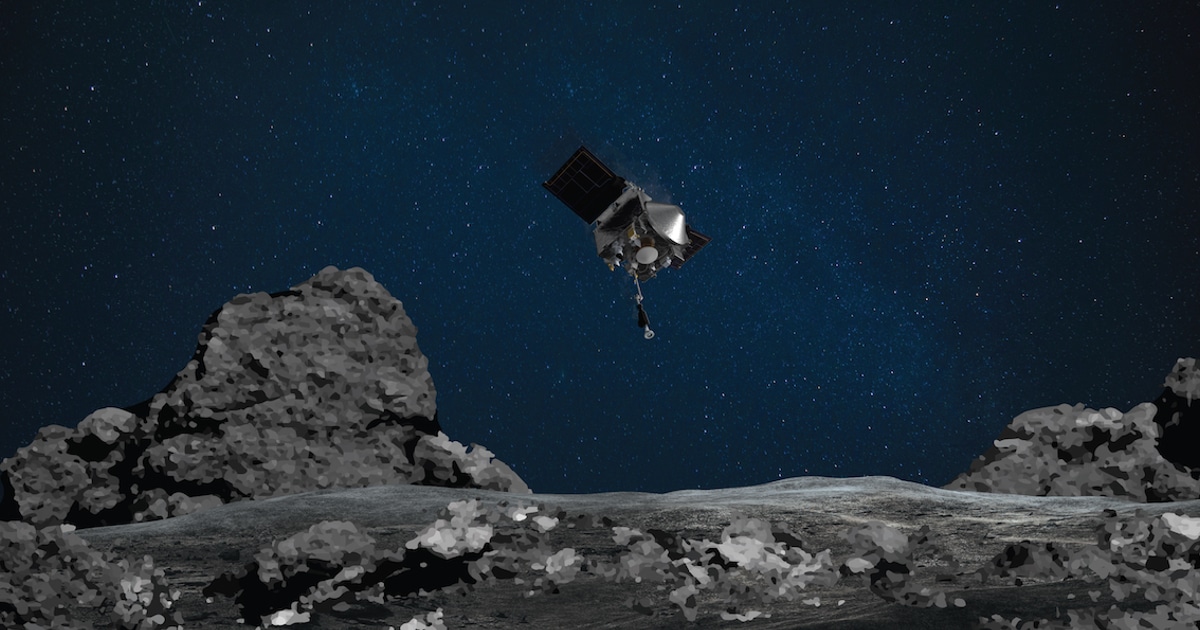 In one of the most ambitious games of tag in human history, NASA’s OSIRIS-REx spacecraft has successfully reached out and touched Bennu, a tiny, top-shaped asteroid that’s been spinning through the solar system for a billion years. If all went according to plan, the spacecraft scooped up a bit of material during its brief moment of contact and departed seconds later with precious cargo: rocks and dust dating back to the solar system’s birth.

Confirmation of a successful sample will take days, but even now, the team knows that the spacecraft touched down on Bennu’s surface within 2.5 feet of its target.

“We’re safely moving away from the asteroid’s surface,” said the University of Arizona planetary scientist Dante Lauretta, the principal investigator of OSIRIS-REx, after the team confirmed the spacecraft’s sample collection mechanism activated. “We did it, we tagged the surface of an asteroid.”

Preliminary data shows that the collection was a success, and if this is confirmed, OSIRIS-REx will start making its way back to Earth in March 2021. If not, another collection attempt will occur in January. OSIRIS-REx will need to have collected about 60 grams of material—roughly the size of a candy bar—for the mission to be declared successful.

OSIRIS-REx stands to provide a wealth of insight into Bennu’s history, and perhaps help scientists better understand the origins of water and life on Earth.

“Asteroids are like time capsules floating in space that can provide a fossil record for the birth of our solar system,” Lori Glaze, the director of NASA’s planetary science division, said in a press briefing on October 19. “They can provide valuable information about how the planets—including our own—came to be.”

For the first time in history, NASA landed a spacecraft on an asteroid.

The back-away burn is complete 🛑✅ I’m now moving to a safe distance away from Bennu. pic.twitter.com/bXk2ufSneS 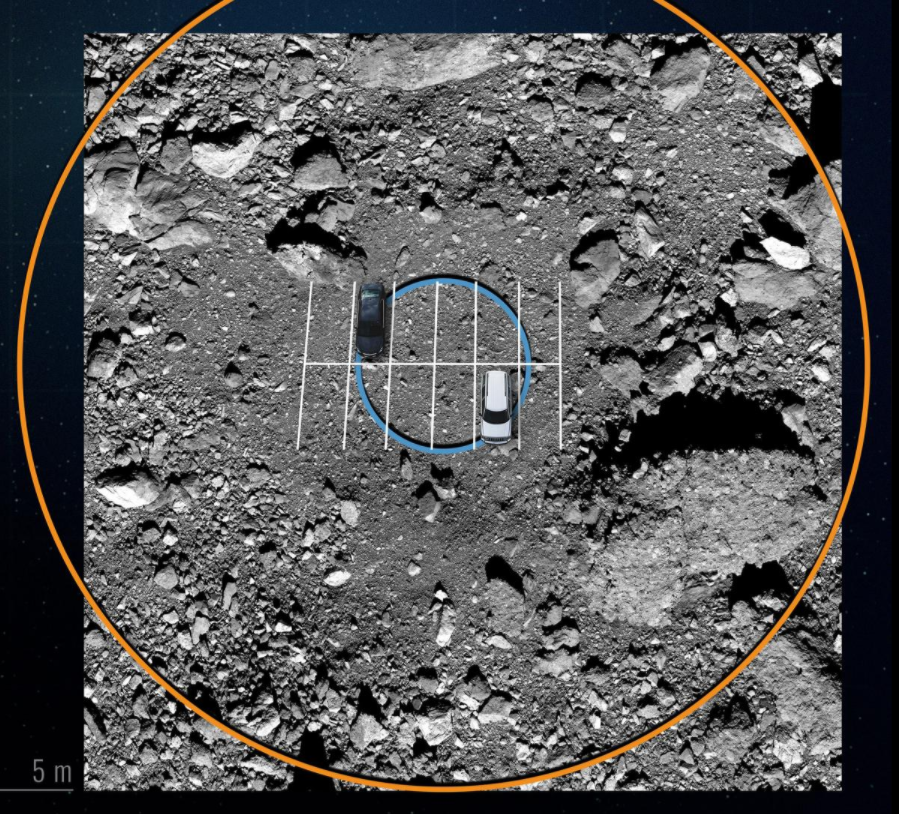 Guided by a digital map, OSIRIS-REx flew between giant boulders that ring the landing zone, making for a hazardous descent. The target landing site, highlighted here with a blue circle, is 26 feet wide. ILLUSTRATION BY NASA/GODDARD/UNIVERSITY OF ARIZONA

Some space rocks also pose a threat to life’s future—and that includes Bennu. NASA estimates there’s a 1-in-2,700 chance of Bennu colliding with Earth sometime in the late 2100s. Decades from now, if future measurements confirm a collision course, data from OSIRIS-REx would help scientists monitor the asteroid and alter its orbit to avert a potentially catastrophic impact.

Getting to Bennu has been a hard, 16-year journey for the mission team.
Though the mission was first conceived in 2004, NASA didn’t formally select it to fly until May 2011. Mere months later, OSIRIS-REx’s original leader, University of Arizona planetary scientist Mike Drake, died after a prolonged illness following liver failure. University of Arizona planetary scientist Dante Lauretta, Drake’s deputy, stepped into the role left by his mentor, and the mission has been carried out in Drake’s memory.

Watch the full event as it was streamed live on YouTube.