Amusing Comics Acknowledge the Contrast Between Chinese and Western Cultures

Clearly, there are a ton of differences when it comes to comparing two different countries from two different continents based on their culture and traditions. Artist Tiny Eyes aka Siyu, has started to compare China and Western cultures from overall lifestyle to individual demeanor.

Being born and raised in Beijing, she had a different approach to things compared with her friends from France, United States, and England. Through simple line drawings and biting wit, she illustrates the differences between their cultures, comparing different things like culinary, dorm life, and many more.

Although she comes from China, she has spent the last 10 years abroad, studying, working, and traveling. She says that a lot of people she had the chance to meet, have a wrong perspective on China, describing it mostly as ‘communist’, ‘ pollution, and ‘ no Facebook’. While many facts are true, she still decided to use ‘ The TIny Eyes‘ as her way of sharing Chinese culture through the lens of everyday life. “To me, learning about other cultures has always been a fun experience, and I want to pass this feeling to people who are curious about China.,” says the artist. 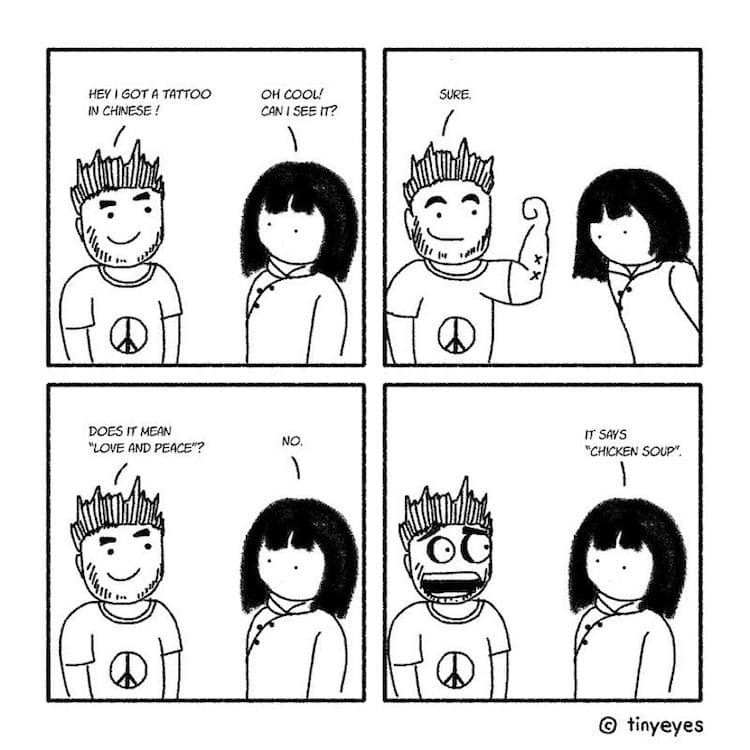 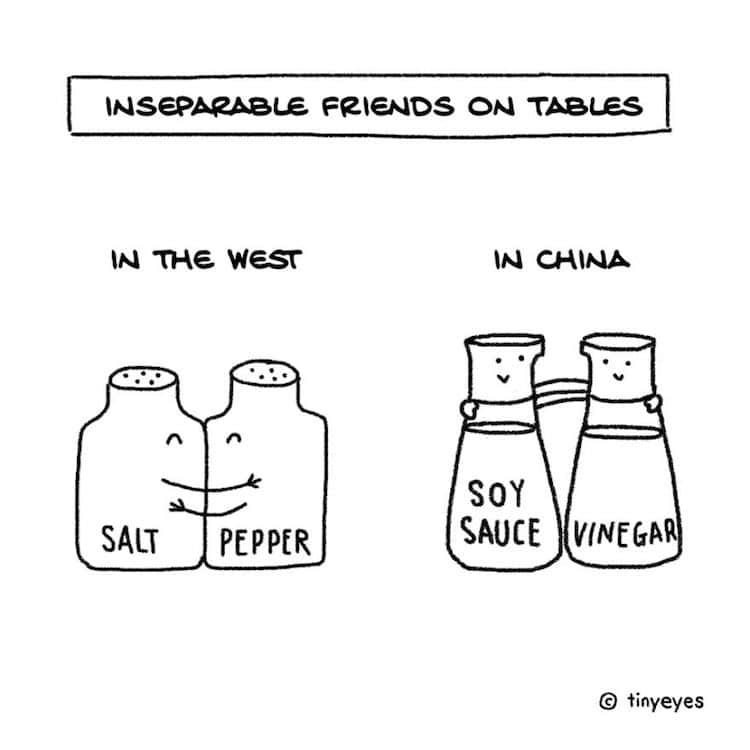 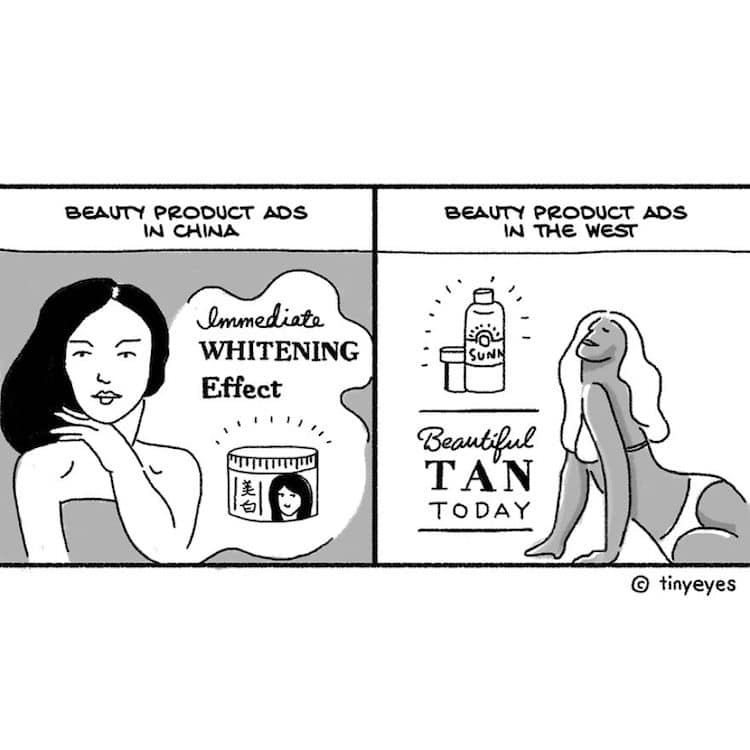 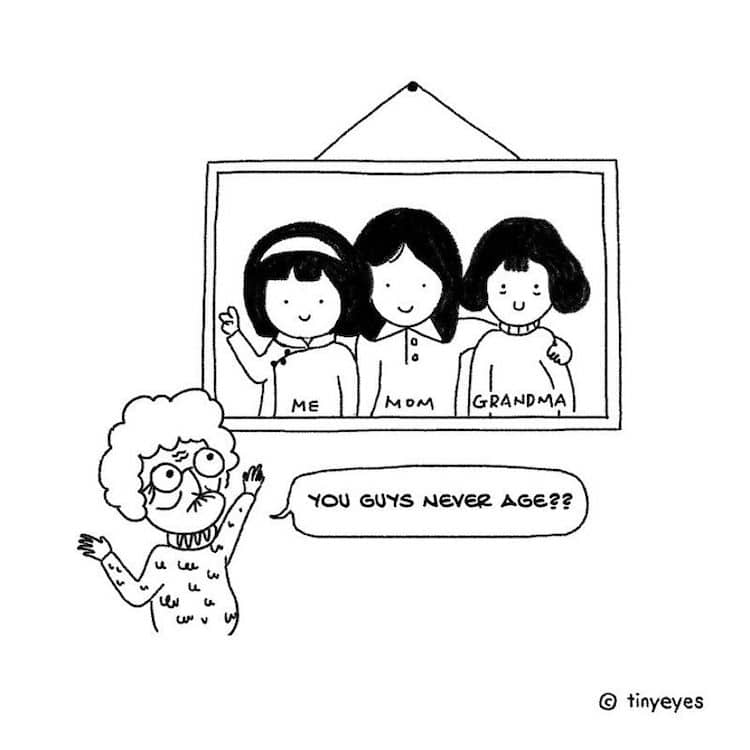 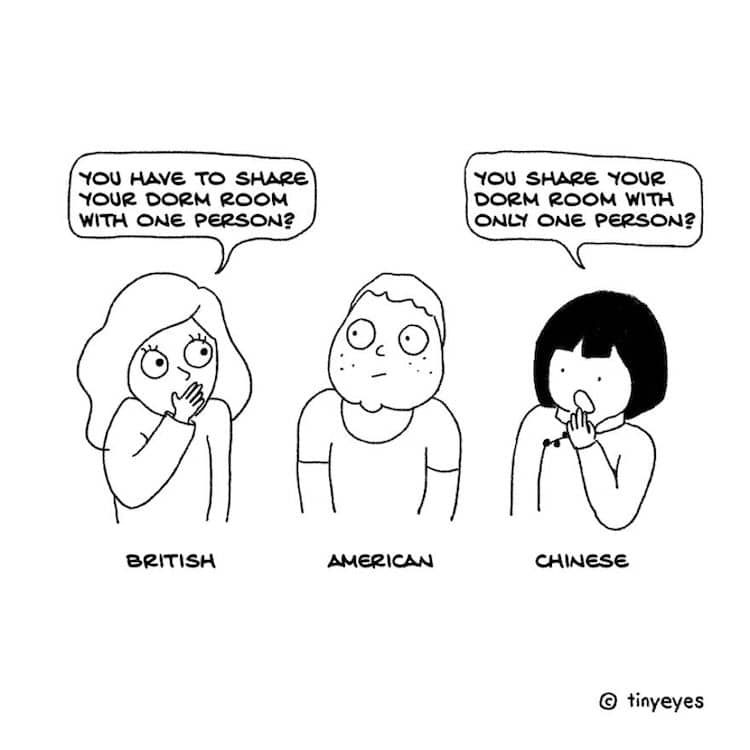 “I’ve experienced student dormitories in three countries: In the U.K. I have my own private room with shared public space; In the U.S. I shared my dorm with one roommate; In China, I used to live with 5 girls in the same room. This lack of privacy must be shocking for some of you, but in a country with a 1.3 billion population, space is always a problem. While there are many inconveniences not having enough private space, on the bright side, sharing a room with someone also makes you learn quite a deal about communication, responsibilities, and tolerance.” 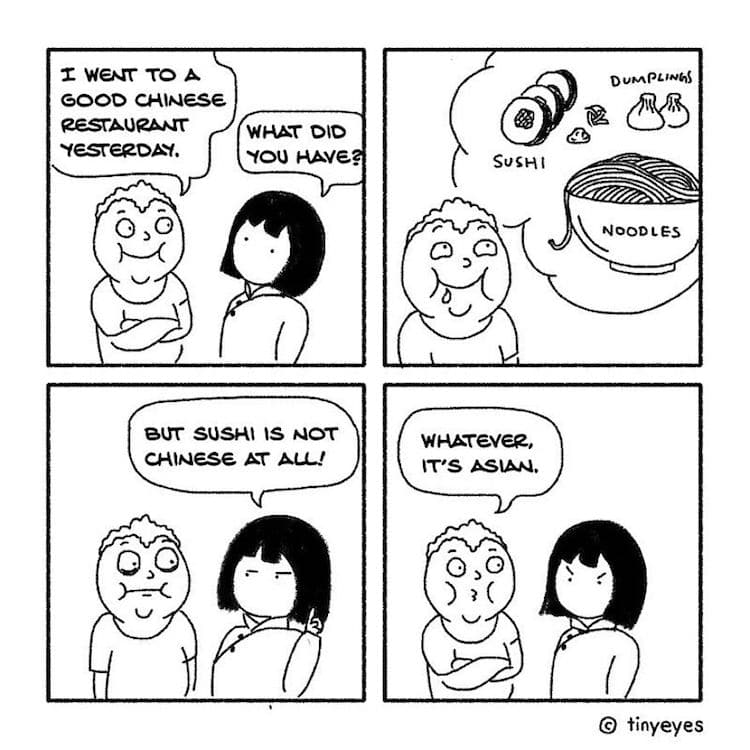 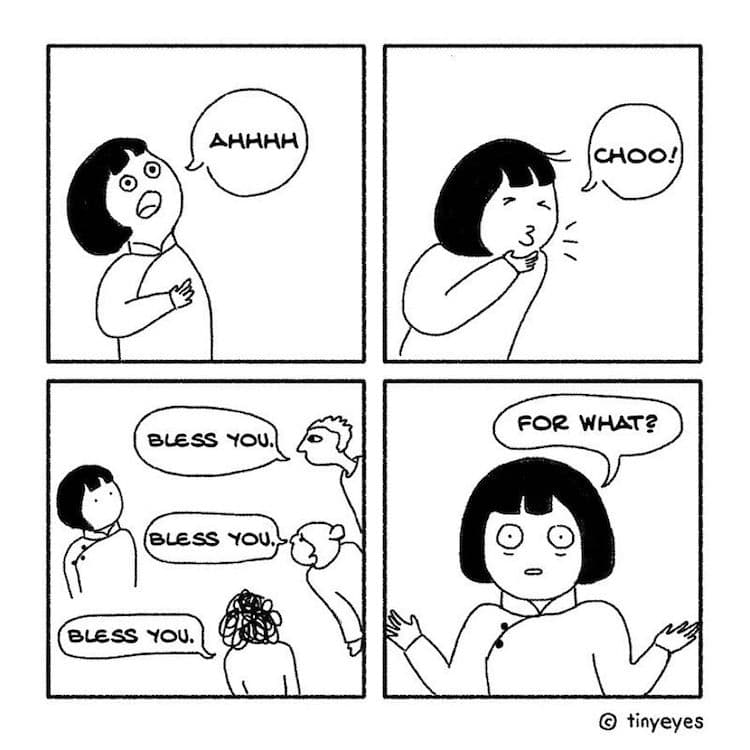 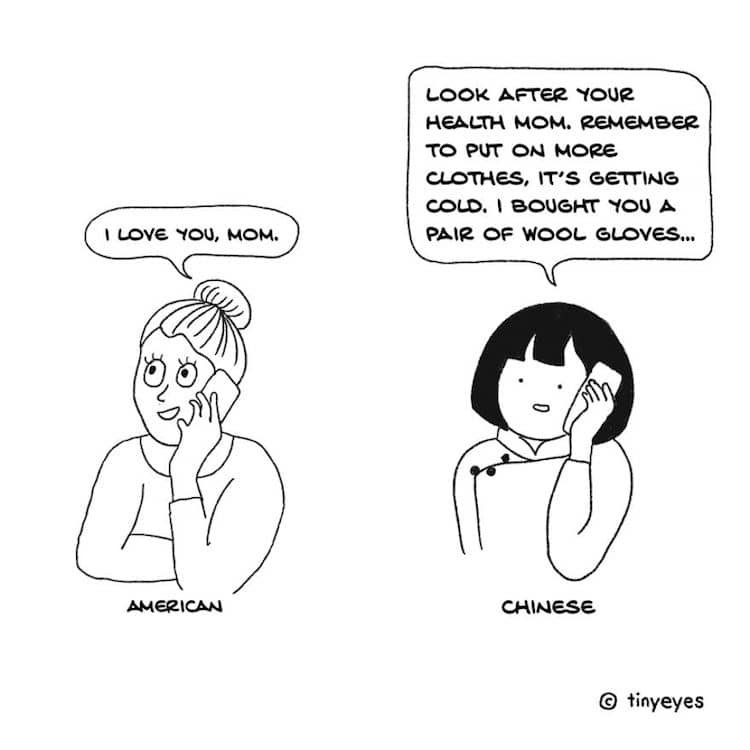 “It’s hard for Chinese to directly express their love to their families and friends. Instead of saying love, we show care to the health of people we love, ask them if everything goes well, and buy nice things to make their life more comfortable. In history, Confucius enforced social orders by putting people in different relations/obligations, but the expression of personal feelings was never encouraged. Emotions need to be under control. How do you show people that you care about them?” 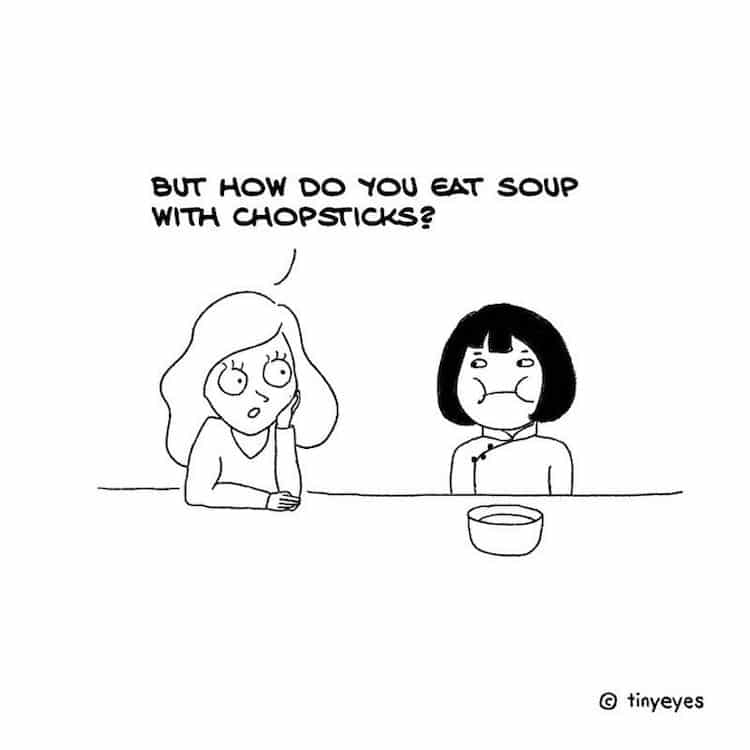 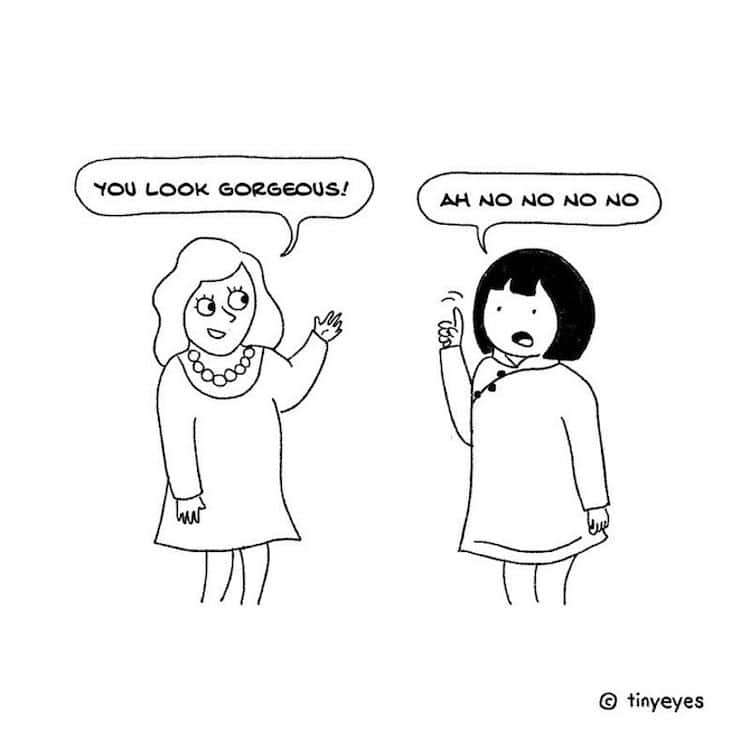 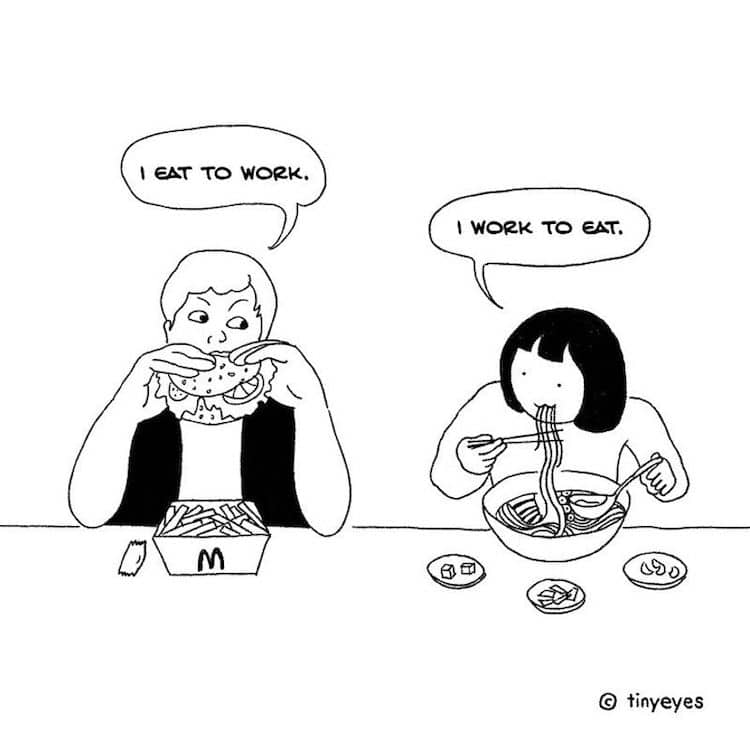 “Chinese people love their food, they spend lots of time savoring and enjoying their meals. Food is not just “fuel” for the body, but a pleasure, an art, and a way of socializing. If you want to make friends, go eat. If you want to close a business deal, go eat. If you want to pursue a romantic relationship, go eat. Since ancient times, food has been considered priority in Chinese culture. The government’s goal was to make sure that each person is taken care of and “has enough to eat”. From another angle, it also suggests the realistic character of Chinese: food goes before ideas, and this life is more important than the afterlife.” 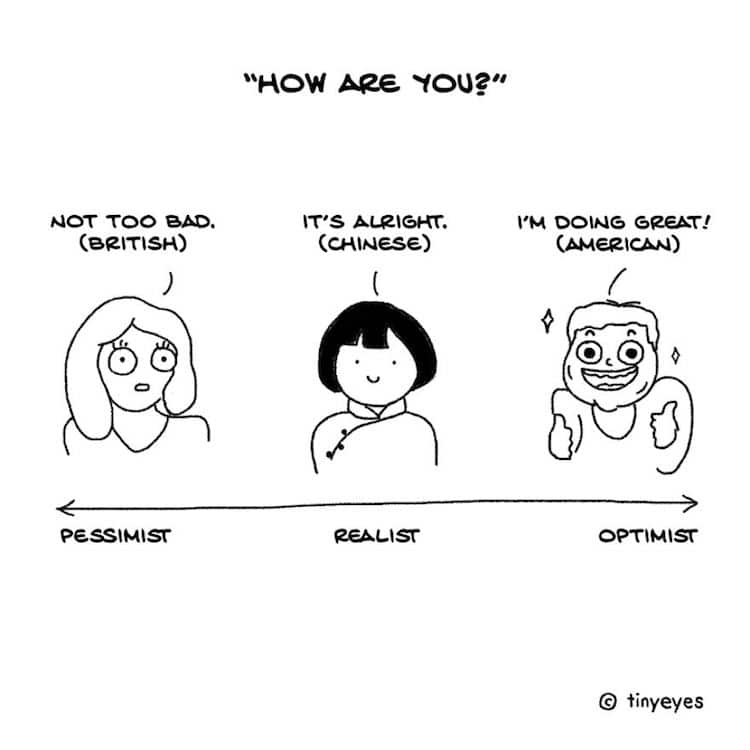 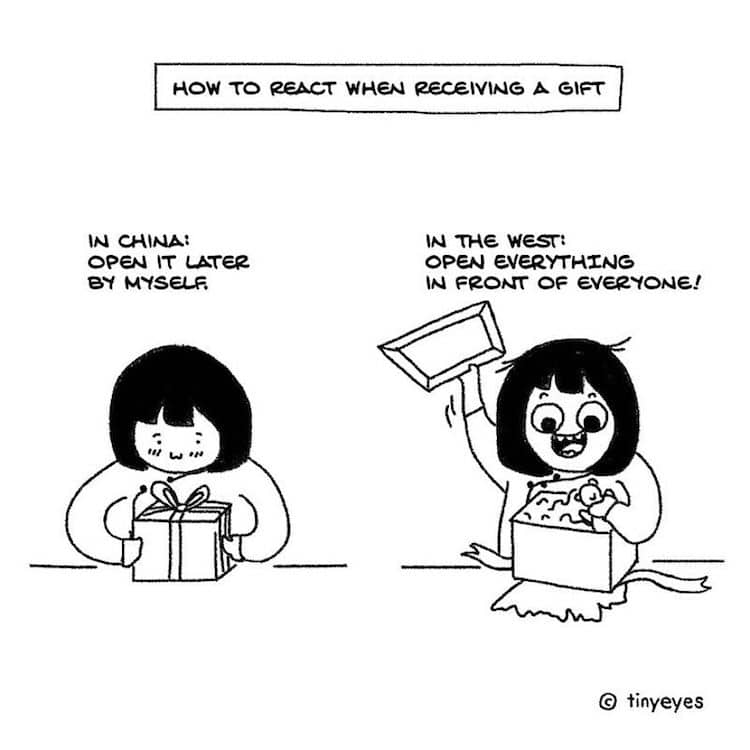 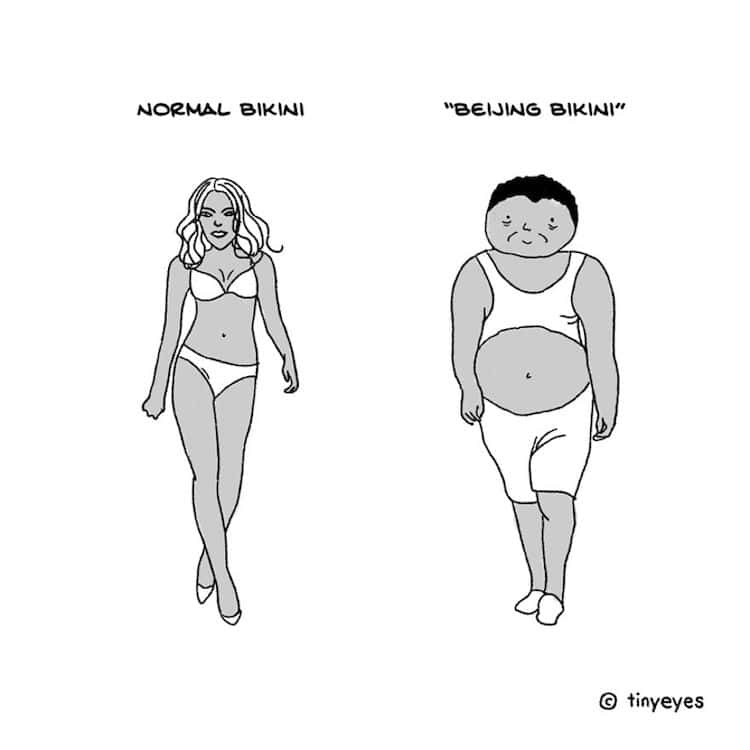 “‘Beijing Bikini’ is a term used by non-Chinese to describe a grownup man who rolls up their shirt and reveal their bellies in summer. (warning: what you see is usually bulging tummies instead of a six-pack. ) Even though it’s frowned upon by many people, these men are not ashamed of it at all. For them, it’s just a practical way to get cooler when you don’t have air conditioning, so what’s the big deal?” 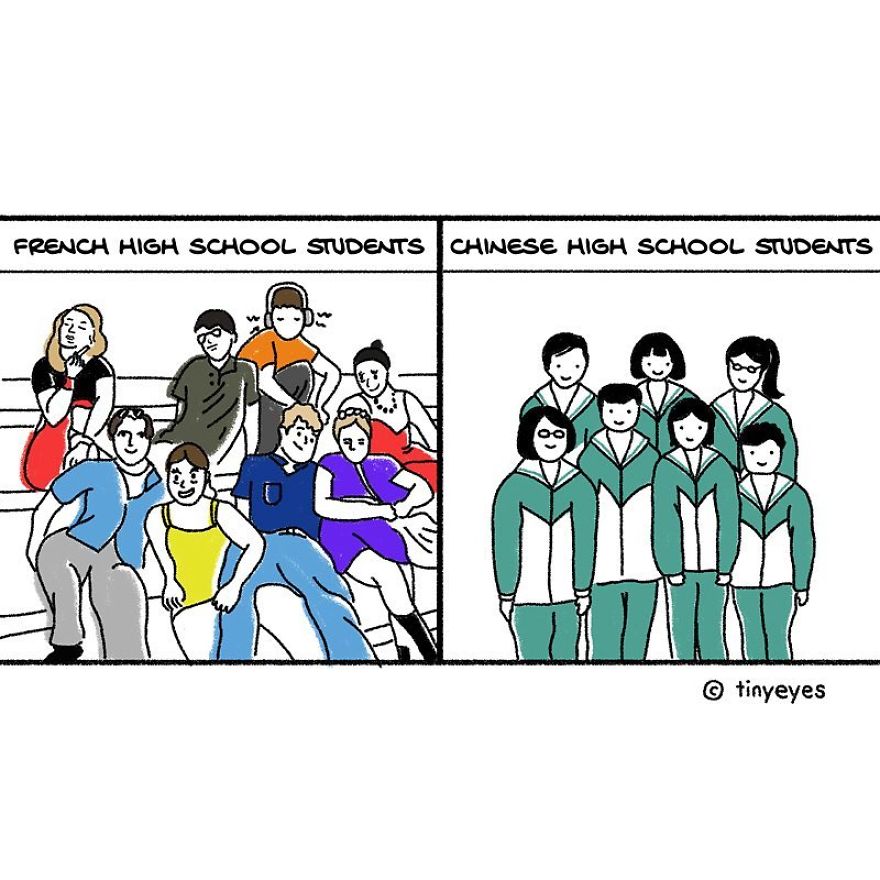 Undoubtedly, These Flying Squirrels Are the Cutest Fluffy Animals on Earth Previous post
The Crimson-Backed Tanager Is the Adorable Red Bird With the Shining Silver Beak Next post