Nathan Olsen is a cartoonist, art director, and educator, who started creating comics at the very young age.  Being a fan of science-fiction and fantasy, the artist features fun and visually-interesting characters in his comics like monsters, robots, dragons, and superheroes. 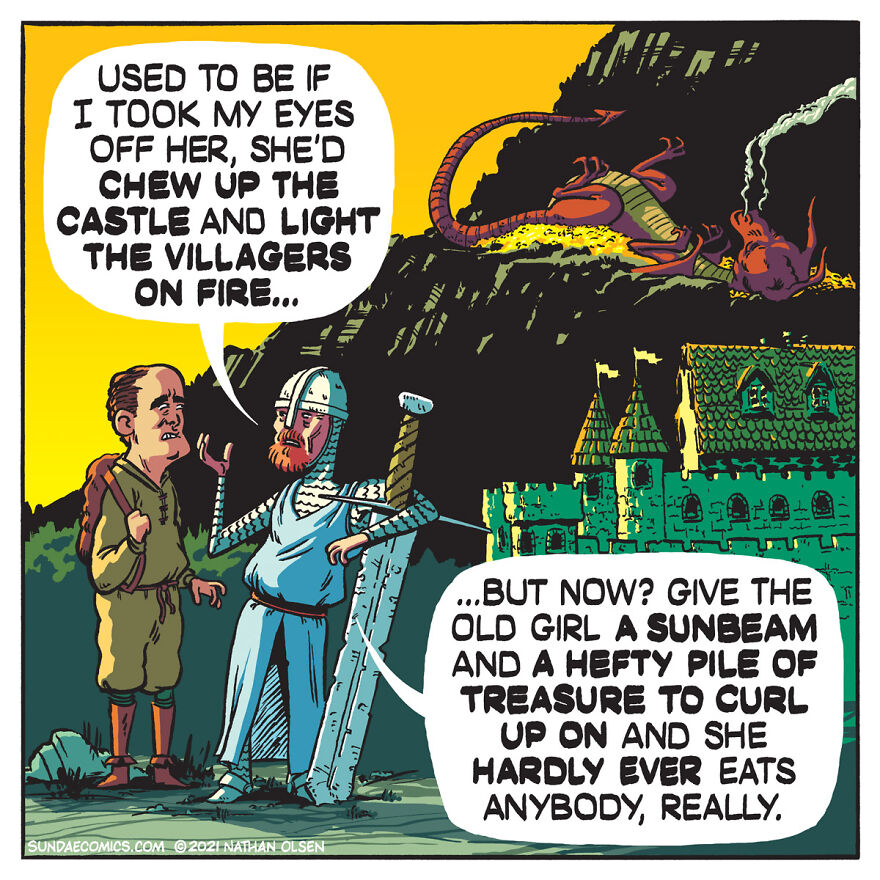 His interpretation of his imagination through comics it’s brilliant.  “I began cutting my favorite comic strips out of the Sunday newspaper each week and taping them all over the walls of my bedroom for inspiration. I spent hours and hours drawing and often tried to weasel out of school book reports by filling the pages with art and comics (the first multi-page comic I ever made was for my ninth-grade French class). I knew from a very early age that I wanted to be a cartoonist when I grew up,” explained the artist when reached out by Earthwonders. 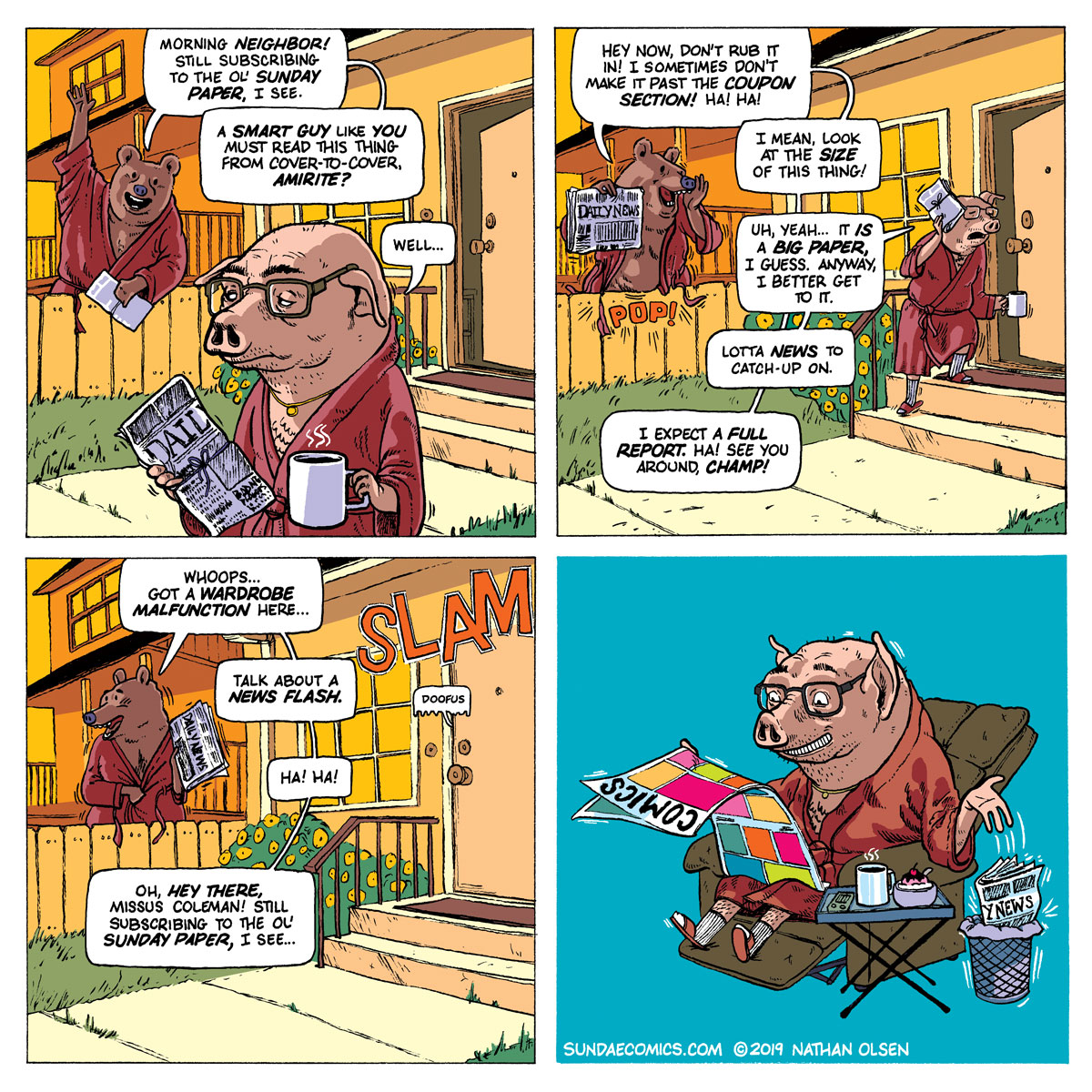 Even though, with a long-time dream of becoming a cartoonist, Nathan had to work hard to get where he wanted to be. “We didn’t have a lot of money, so I didn’t have a choice in where I went to college. I was lucky that California State University, Long Beach had a great art department and I graduated with a BFA in illustration in 2000. I quickly found work as a graphic designer and I was happy to be able to pay my bills by working in a creative profession, but I never forgot about my dream of making comics.” 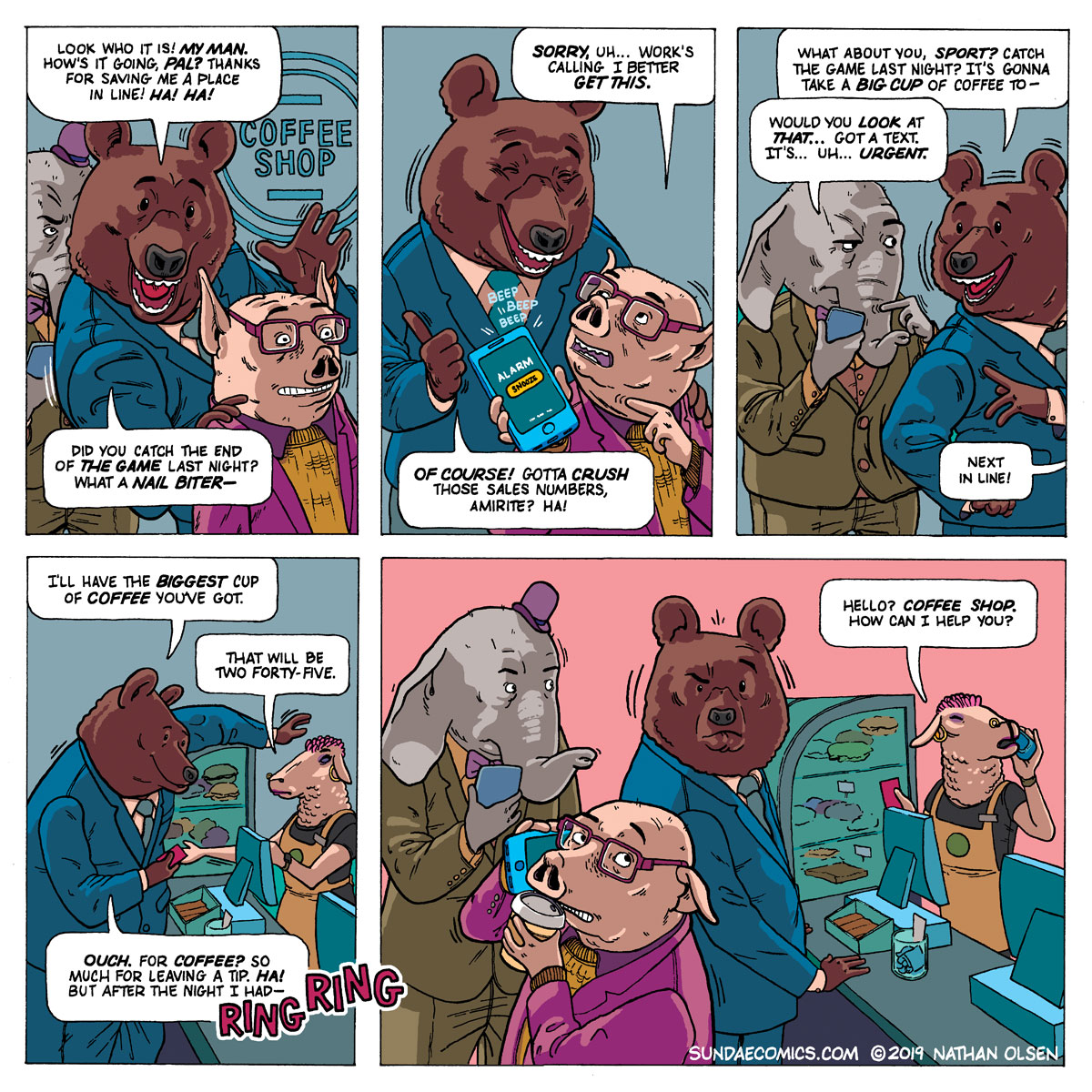 Later on, he went back to school to get an MFA in illustration. During that time, he started a webcomic called Haiku Comics, with his brother, Robert Olsen. They started putting out three comics every week for about a year-and-a-half, and even made it to self-publish a book of the first 100 comic strips they created. Although, that didn’t make them much money, the artist describes it as a great experience.

“To make ends meet, I started teaching at Laguna College of Art & Design and taking on freelance assignments and it just didn’t leave a lot of time to make comics. Eventually, I went back into advertising full-time and took a position as Senior Art Director for a small marketing agency in Downtown Los Angeles. I worked on a lot of cool projects for companies like Disney, NBCUniversal, and Hasbro, but I knew that if I didn’t do something drastic I’d probably never get the opportunity to make comics again,” explained the artist his journey to becoming a cartoonist. 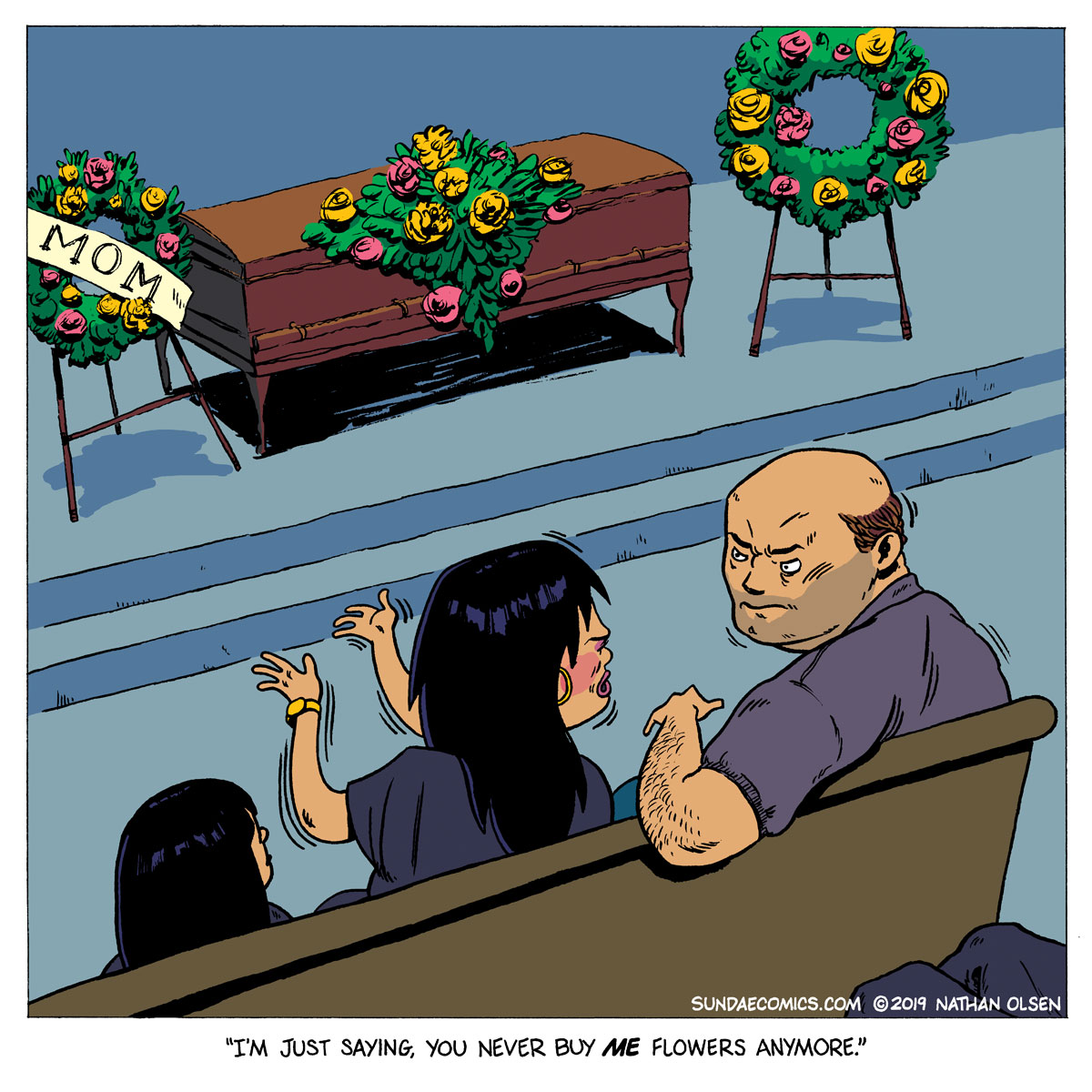 To come up with these awesome ideas, Nathan uses a notetaking app on the phone to save the ideas for the comics as he thins of them, which he says mostly come to him as he’s falling asleep. The artist explained his working process for us: ” I also have a technique for generating ideas from lists of unrelated words — I pick several words at random and then go for a walk with my dog and think about how to connect the words together. I’ve come up with some of my favorite strips that way.

After I’ve got an idea for a comic ready to go, I use Photoshop to place all of the dialog into the panels and make sure that it’s not too long and that the comic makes sense. (Sometimes it doesn’t.) If it does, I then roughly sketch out each panel with paper and pencil and scan the drawings into the computer so I can visualize how the finished comic will look.

The final art for the comic is drawn on Bristol board and inked with a brush and pen nib. Afterward, I scan the page and add it to my Photoshop file. I then hand-letter the text using a Wacom tablet and add color.” 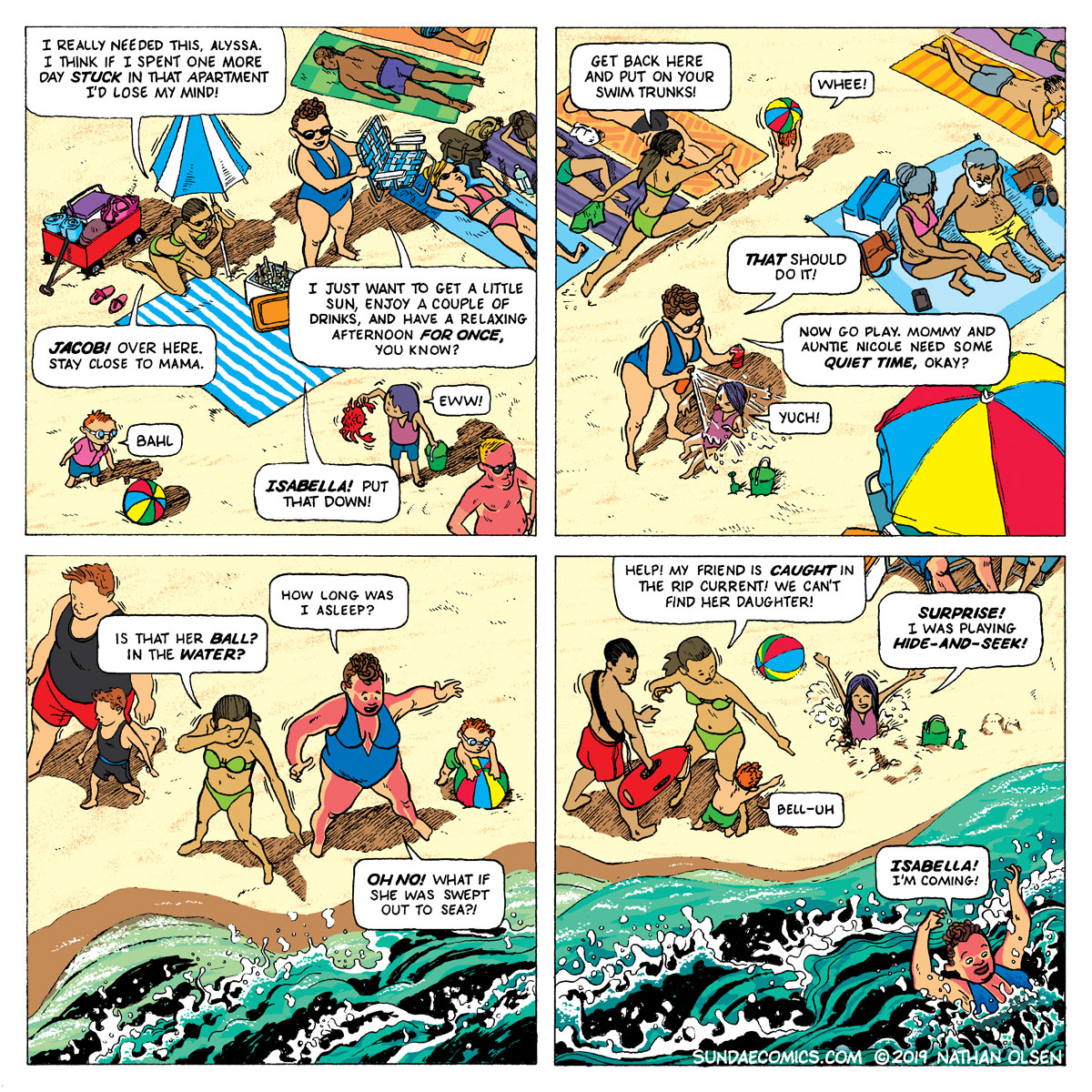 To create these unique and amazing comics with full of imagination, the artist spends a lot of time studying the work of other cartoonist, follows stand-up comedy and sketch shows. Without excluding movies, books, and video games, and even his real life! 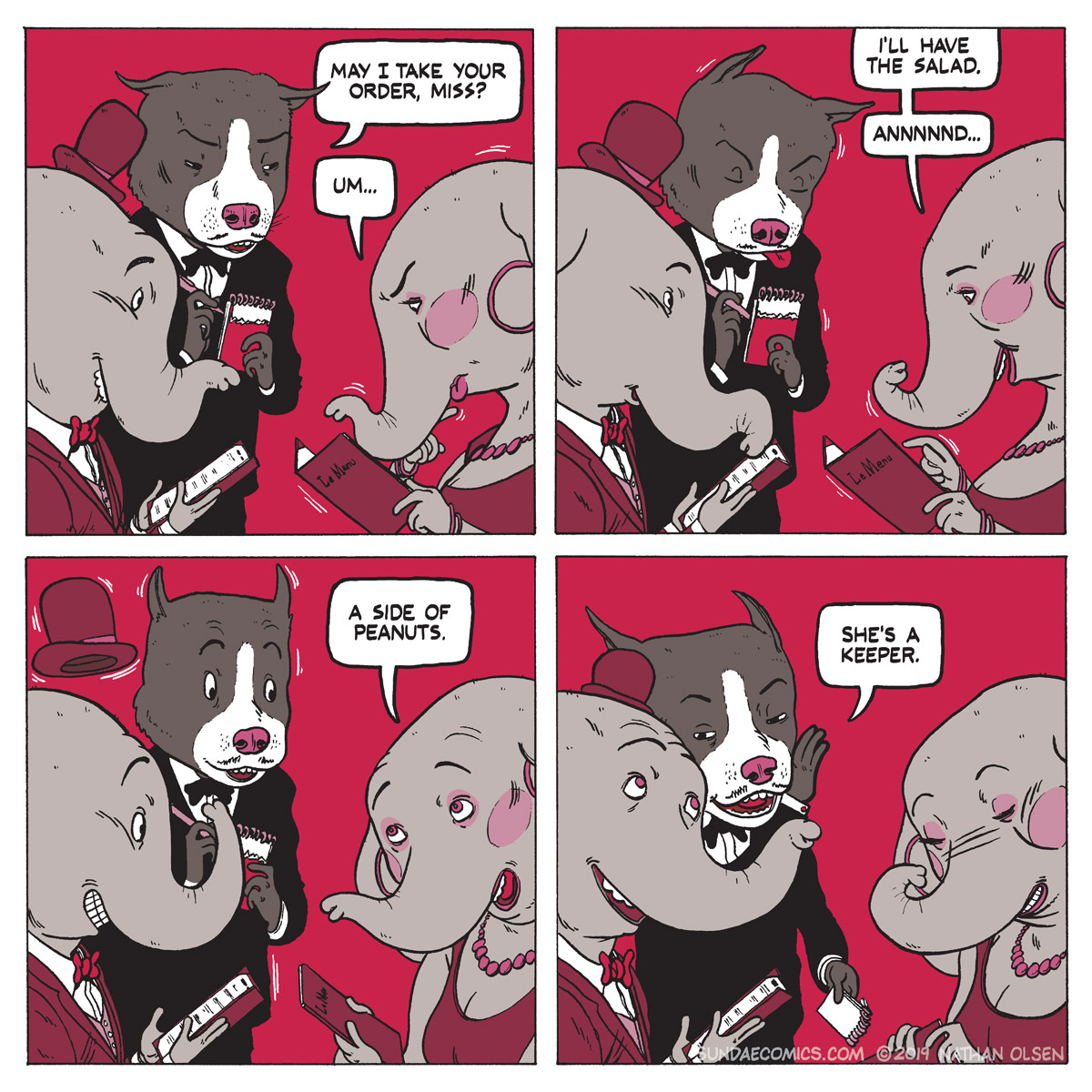 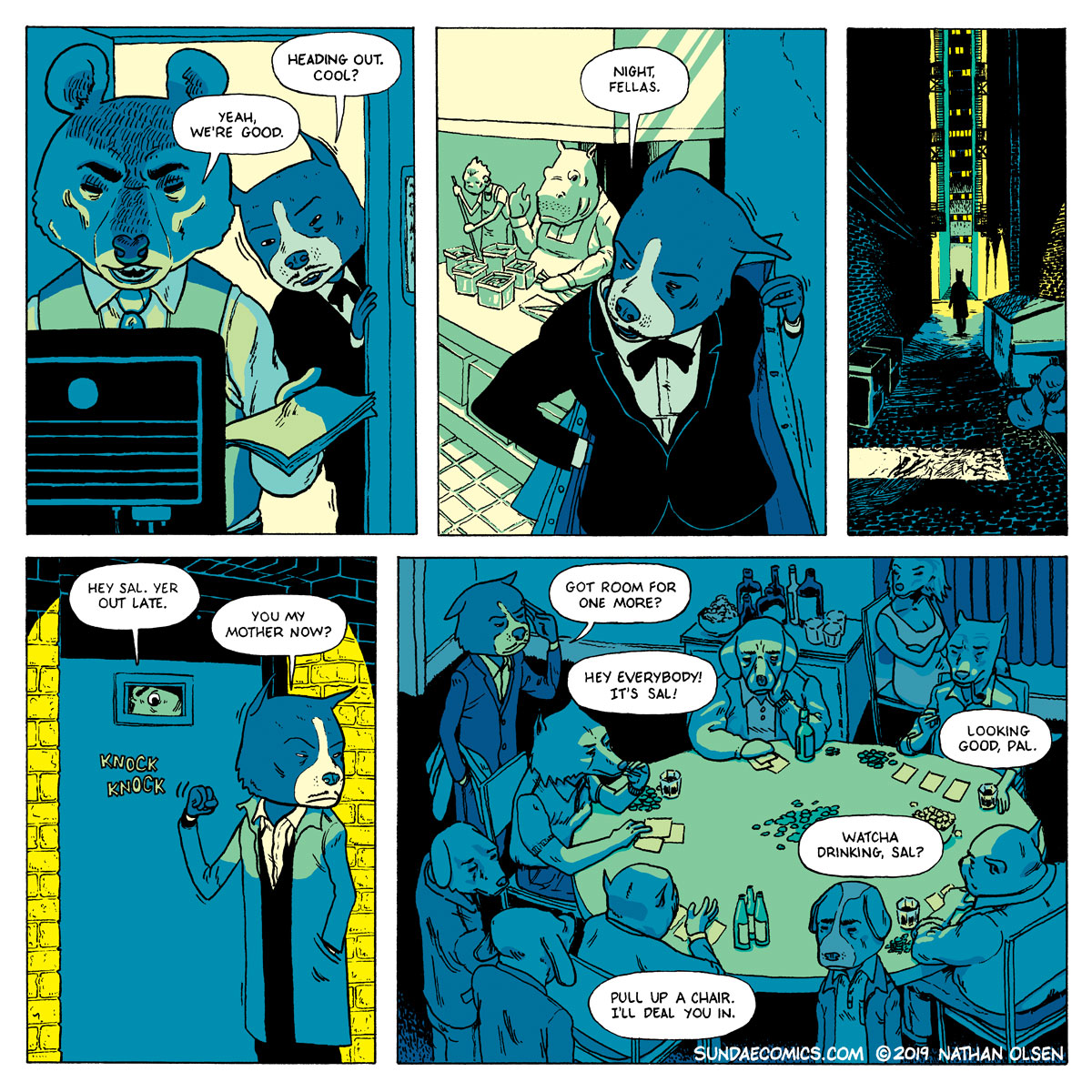 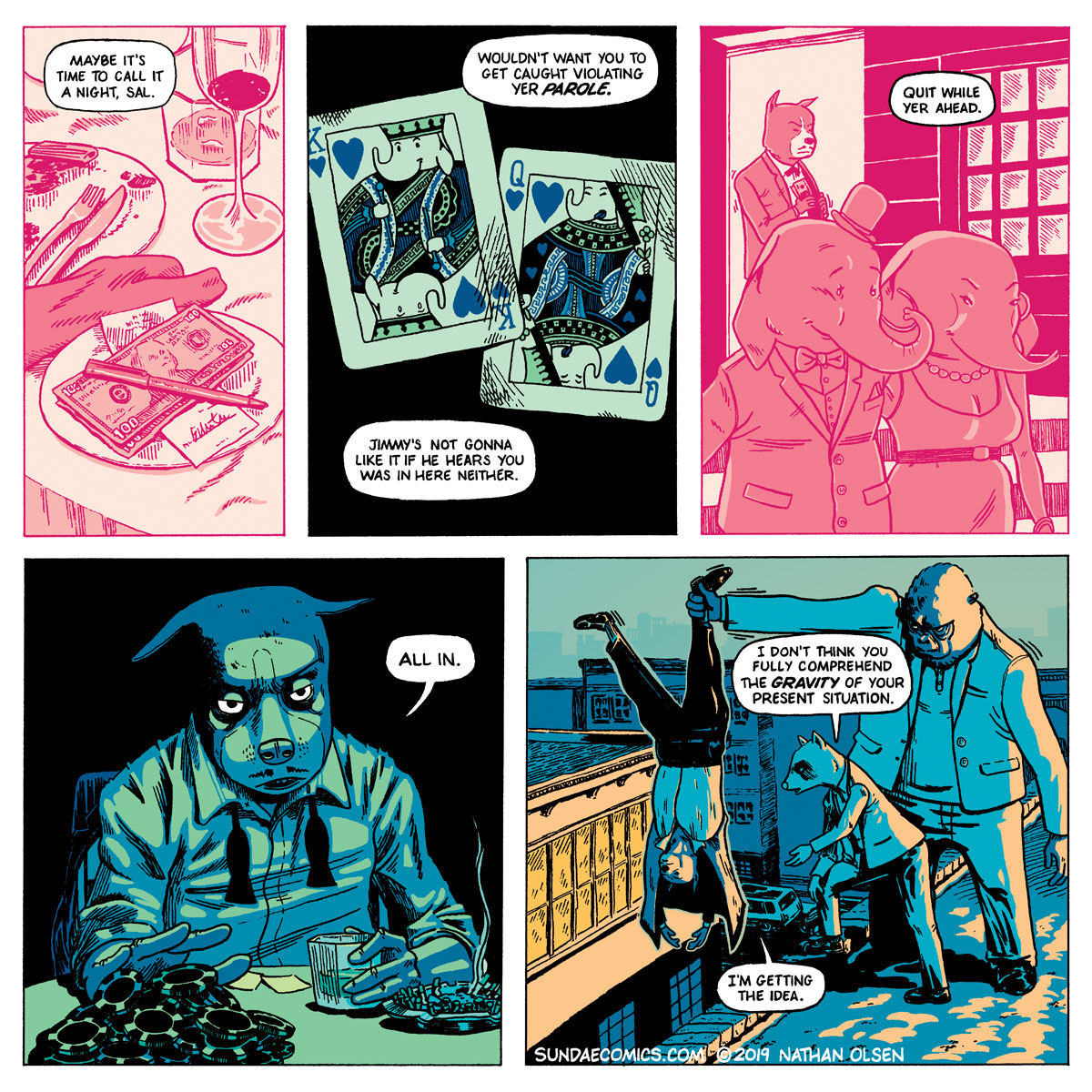 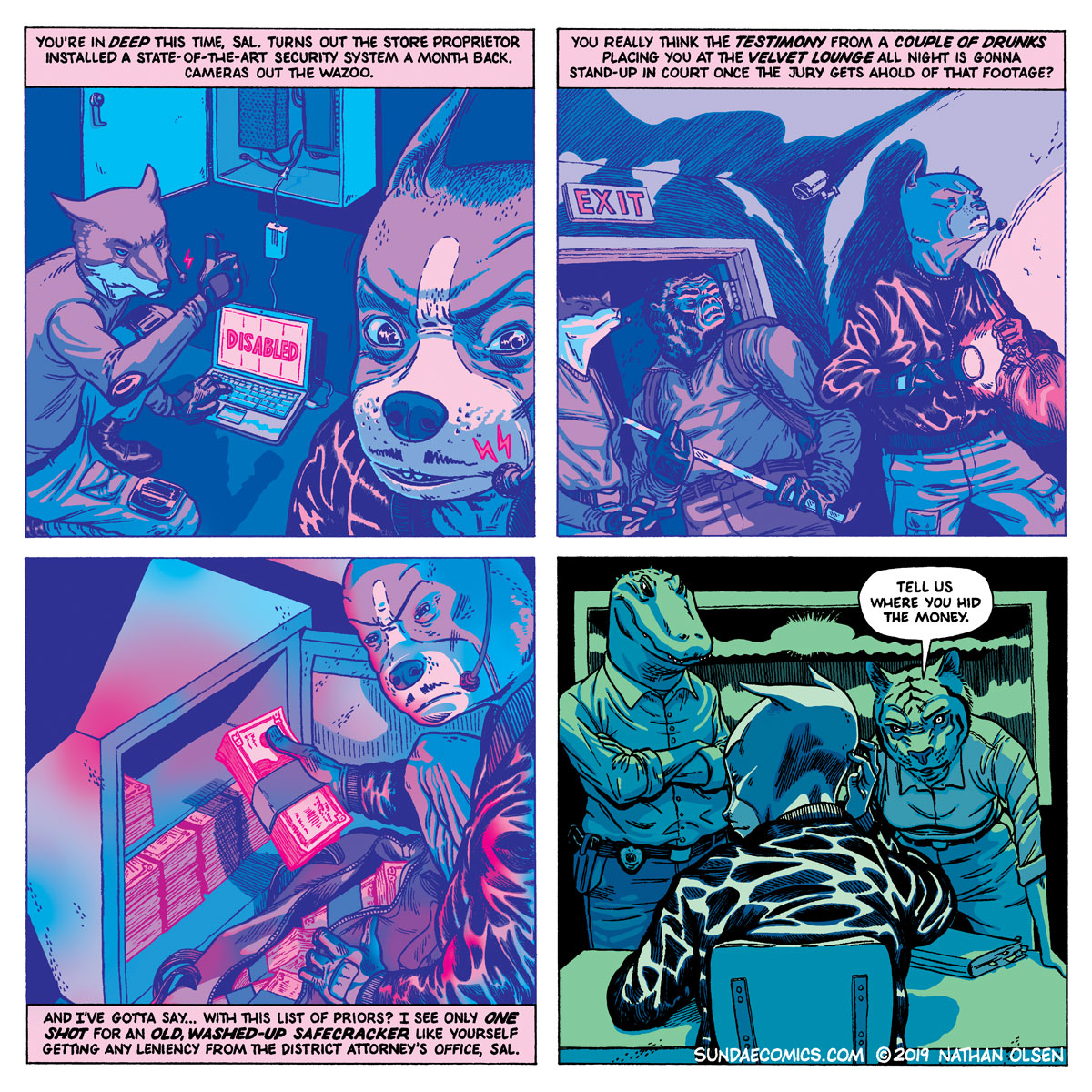 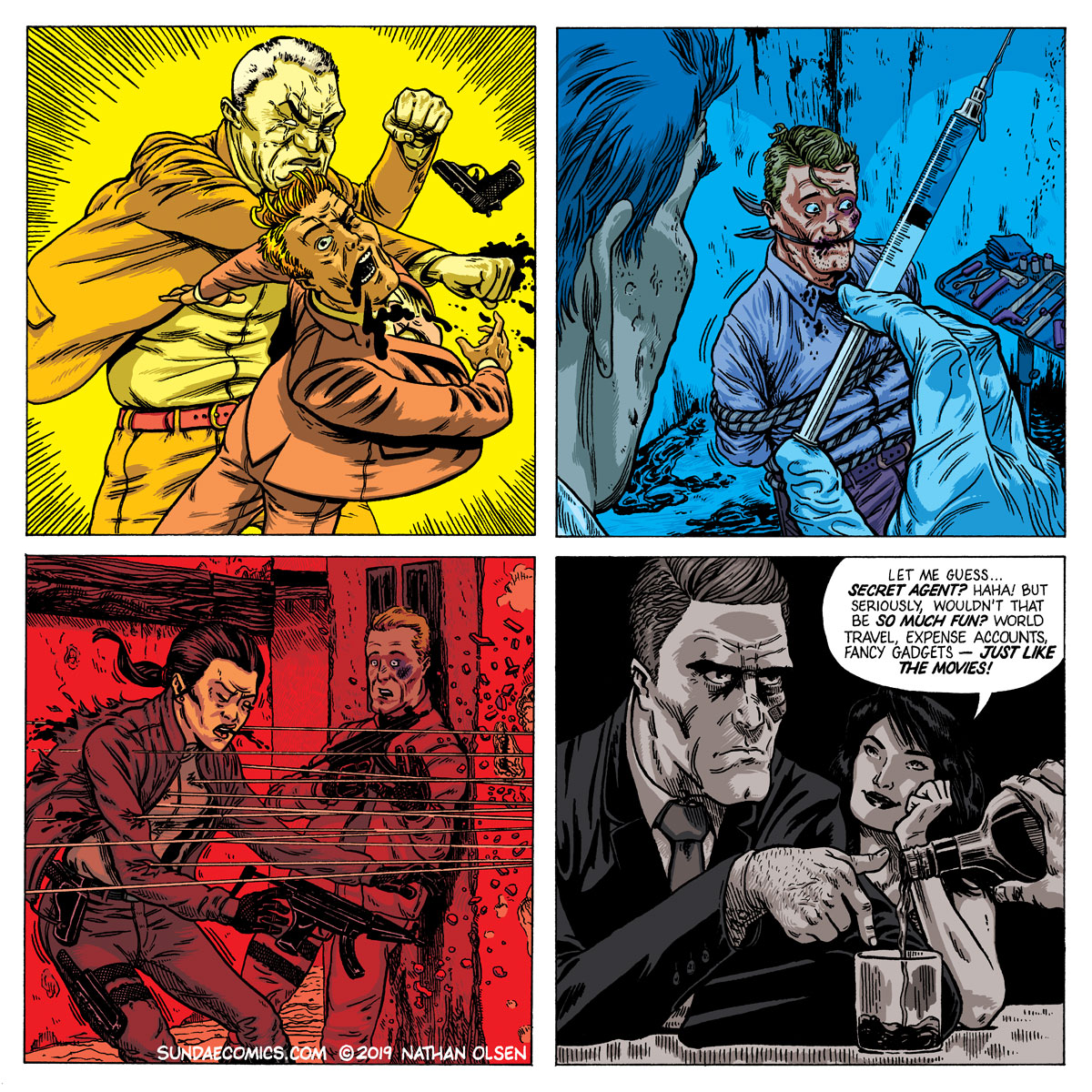 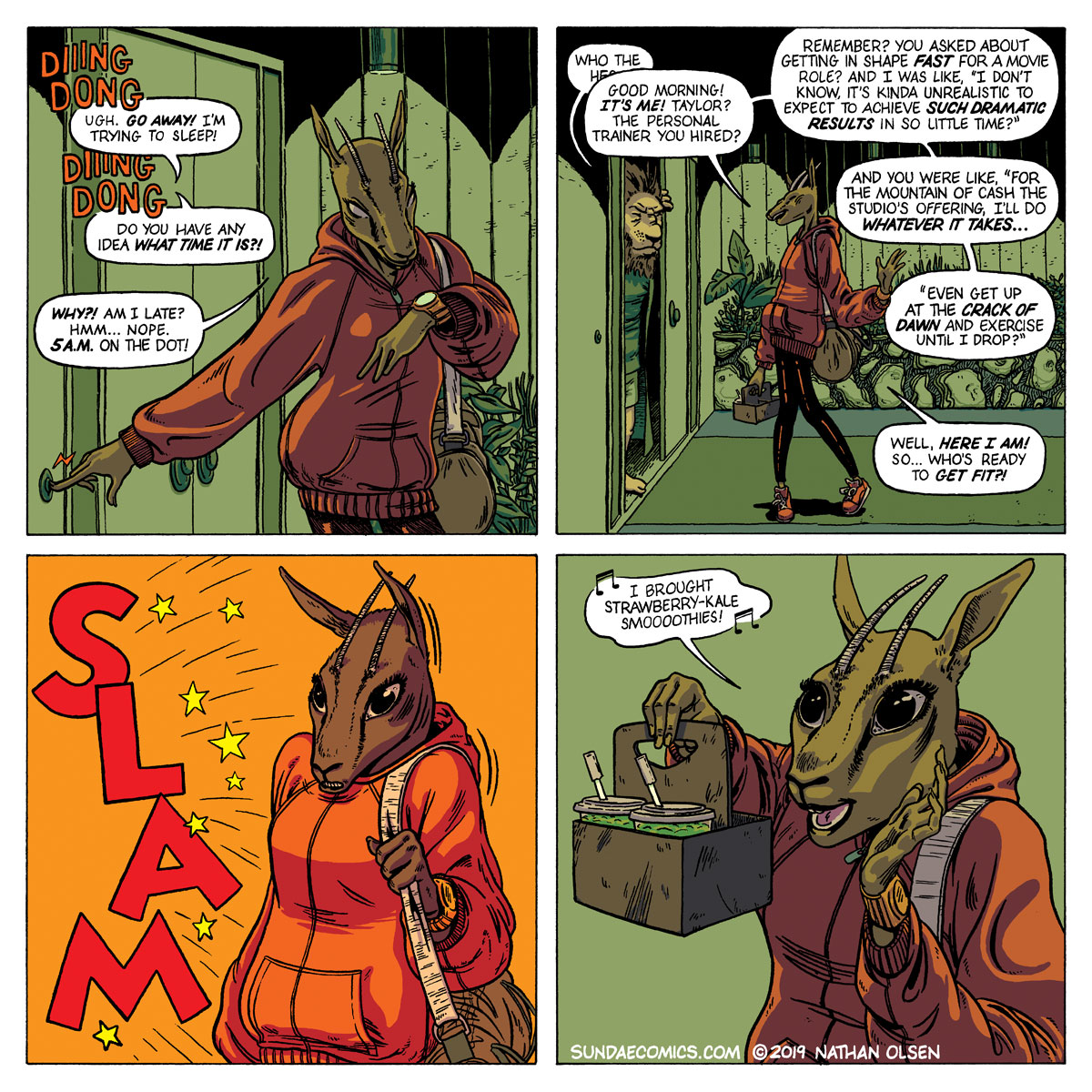 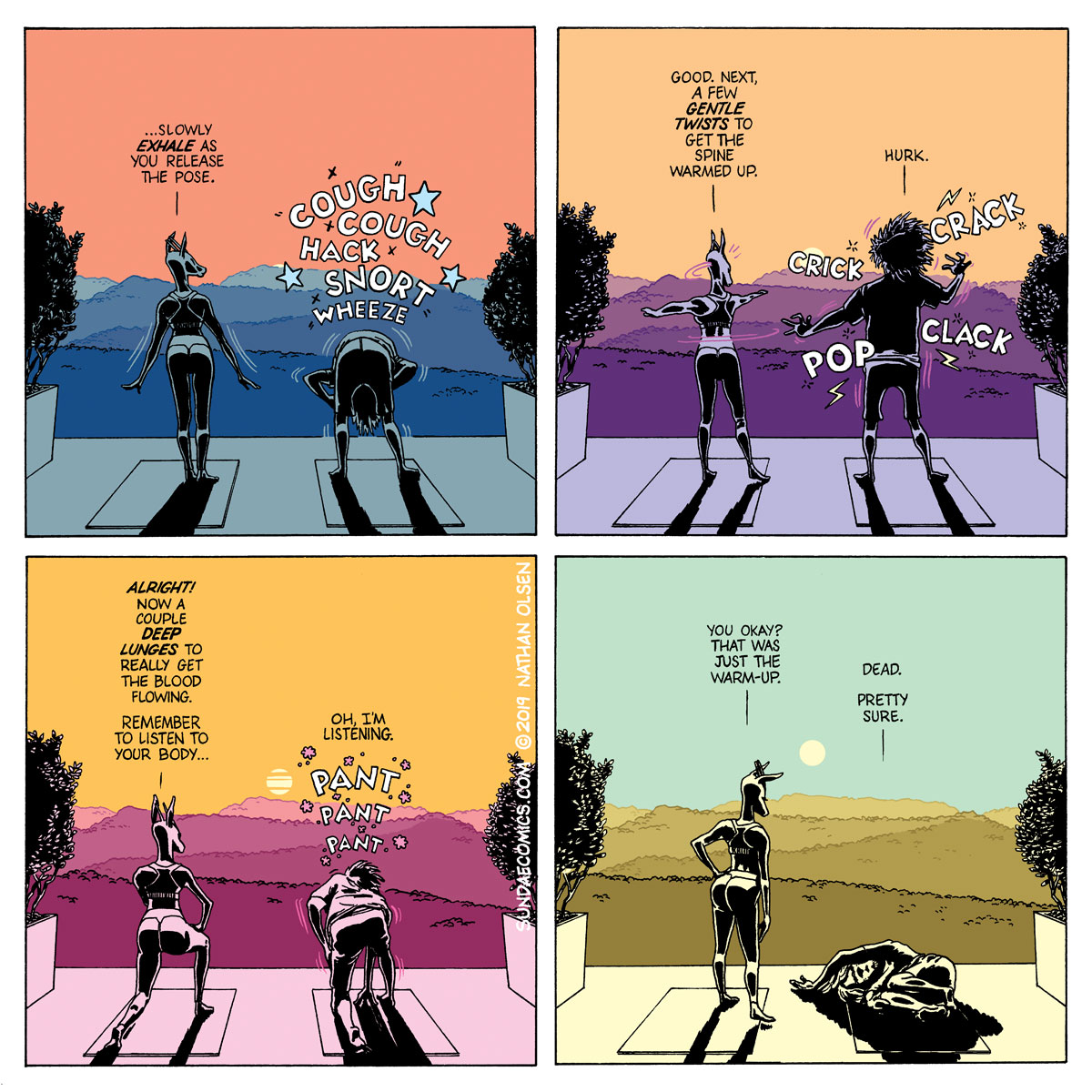 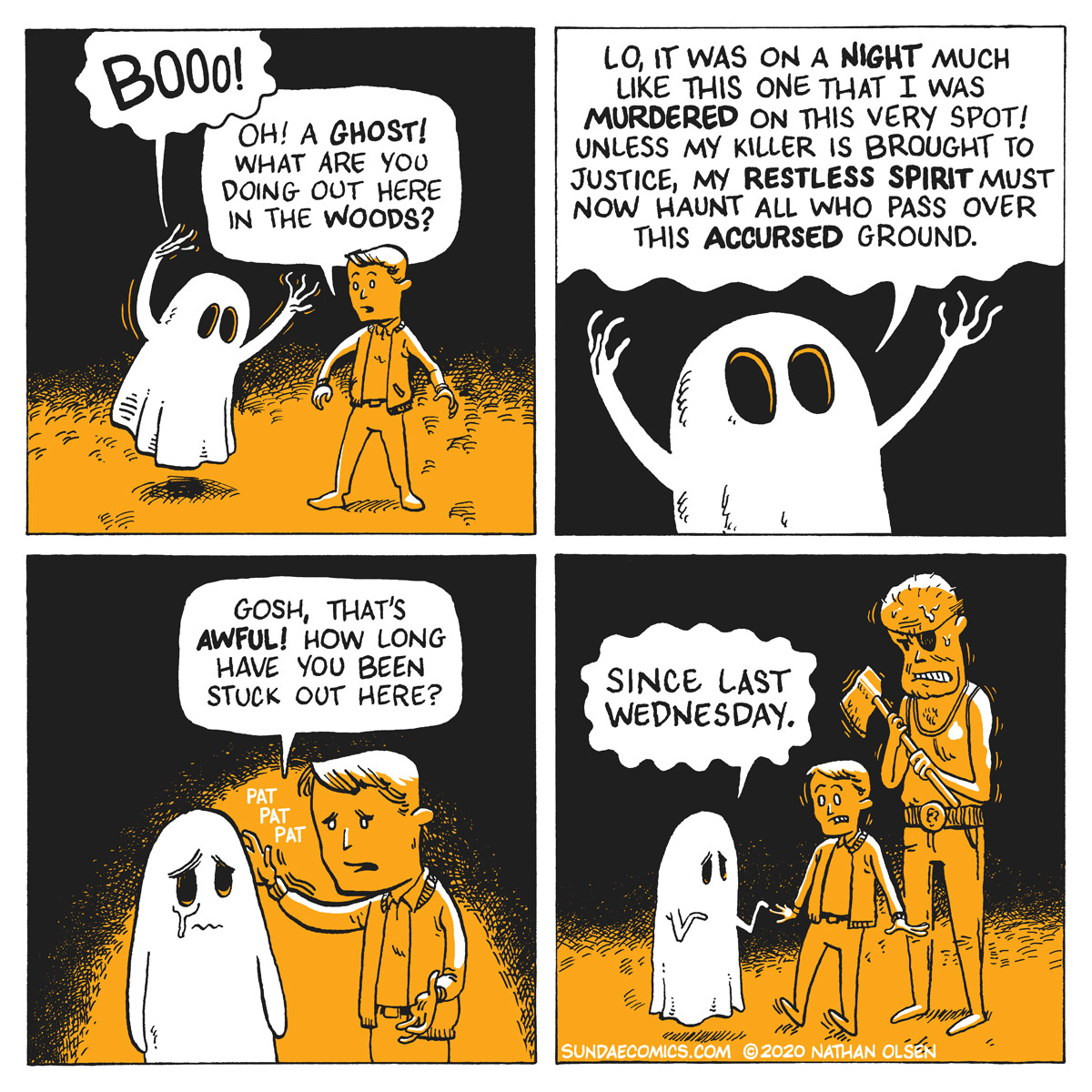 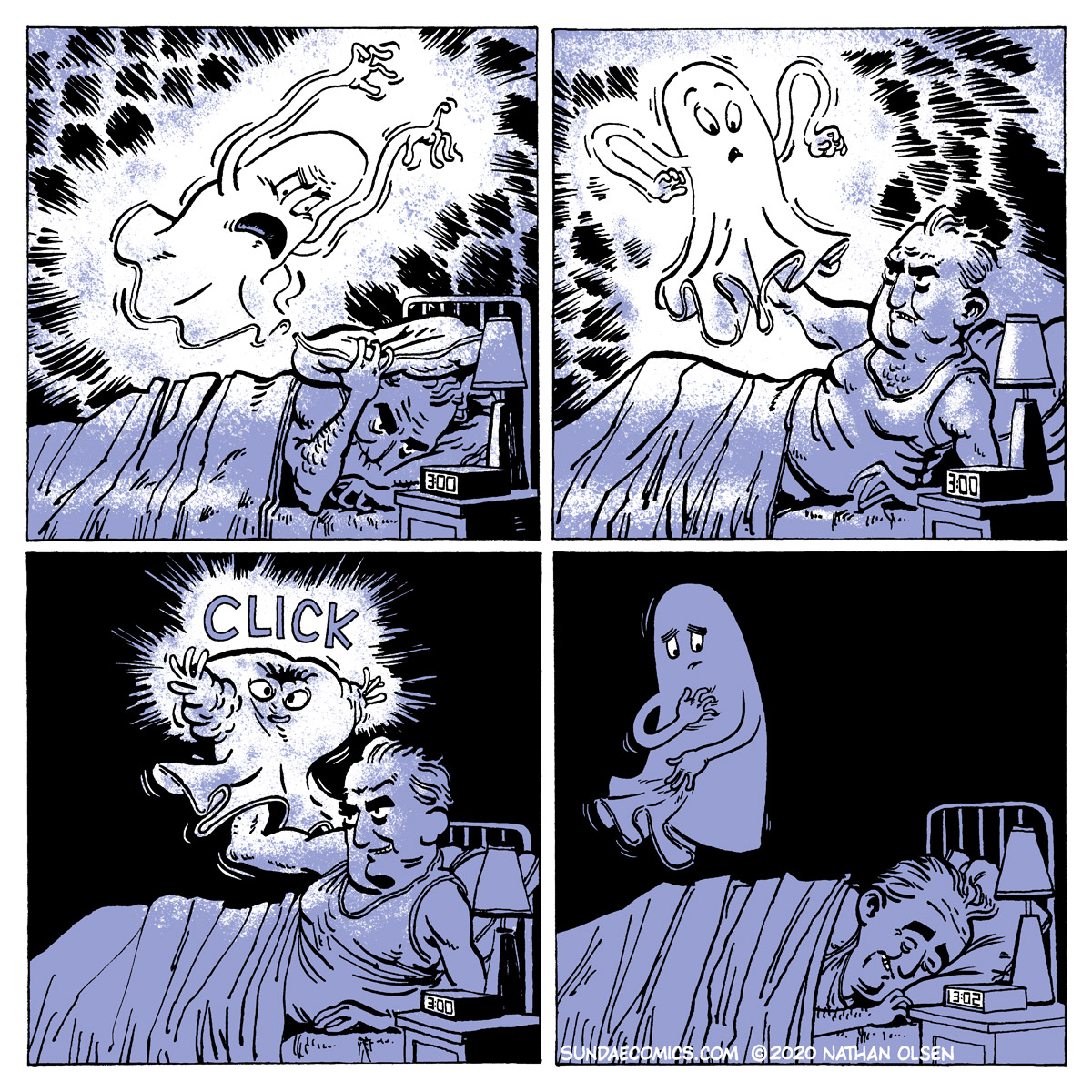 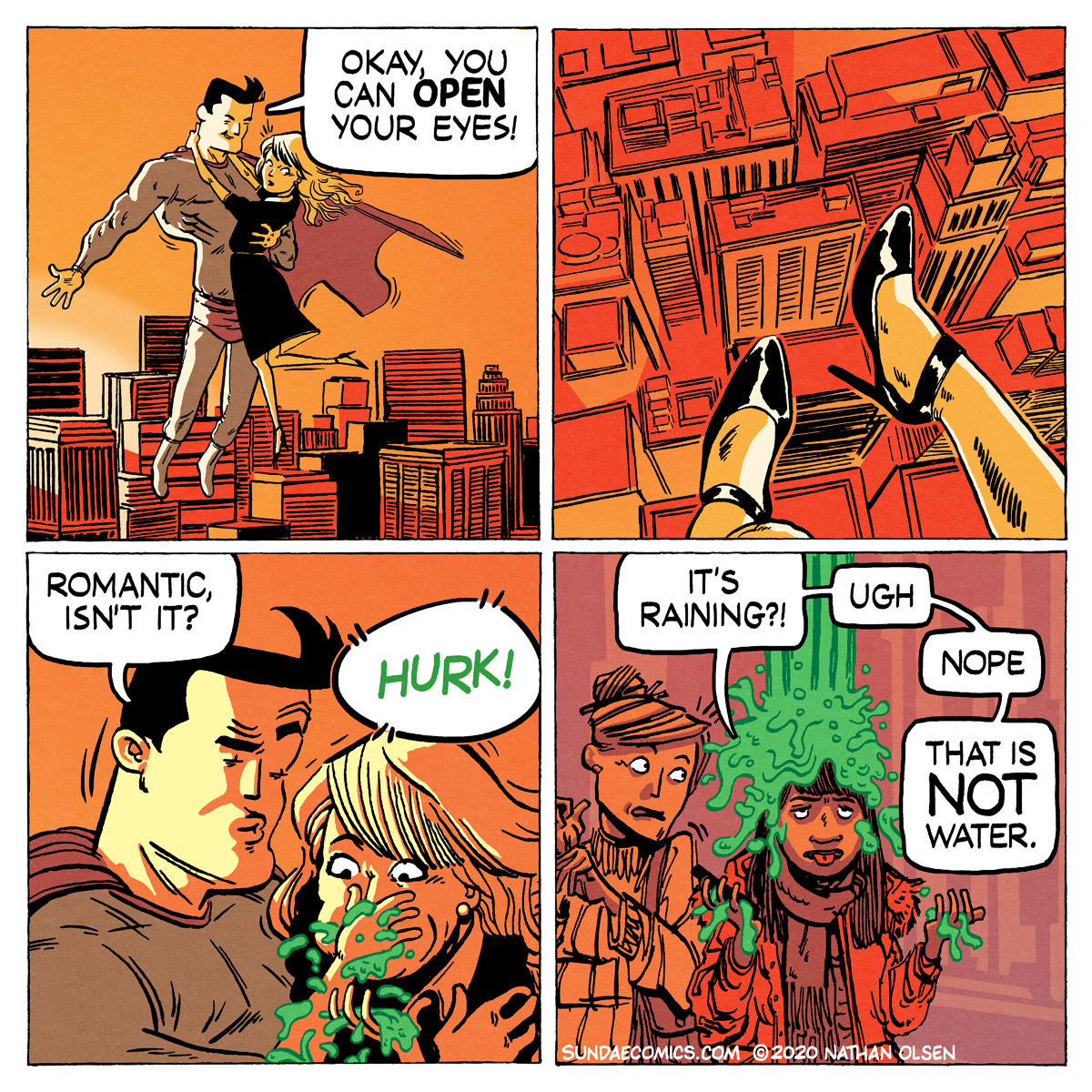 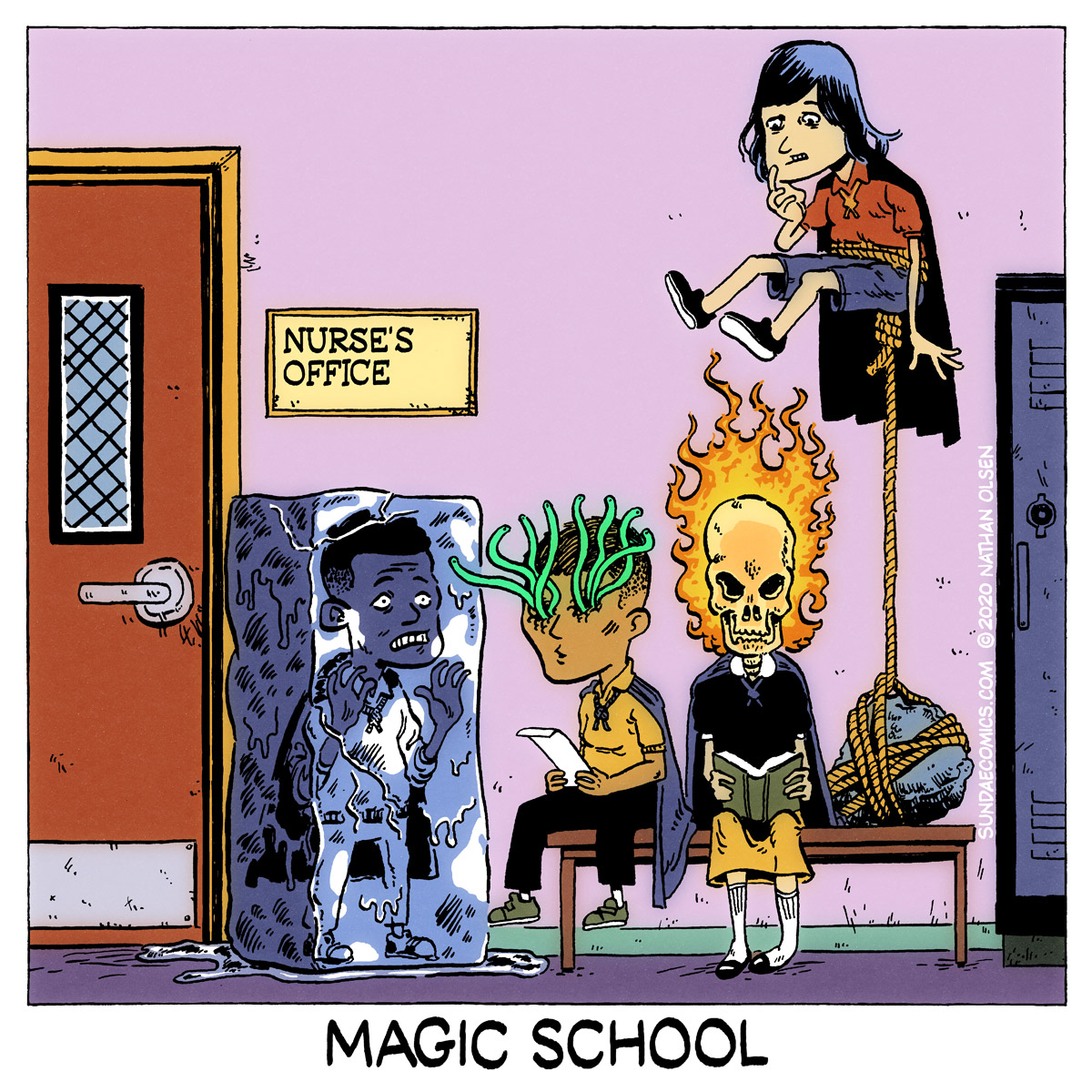 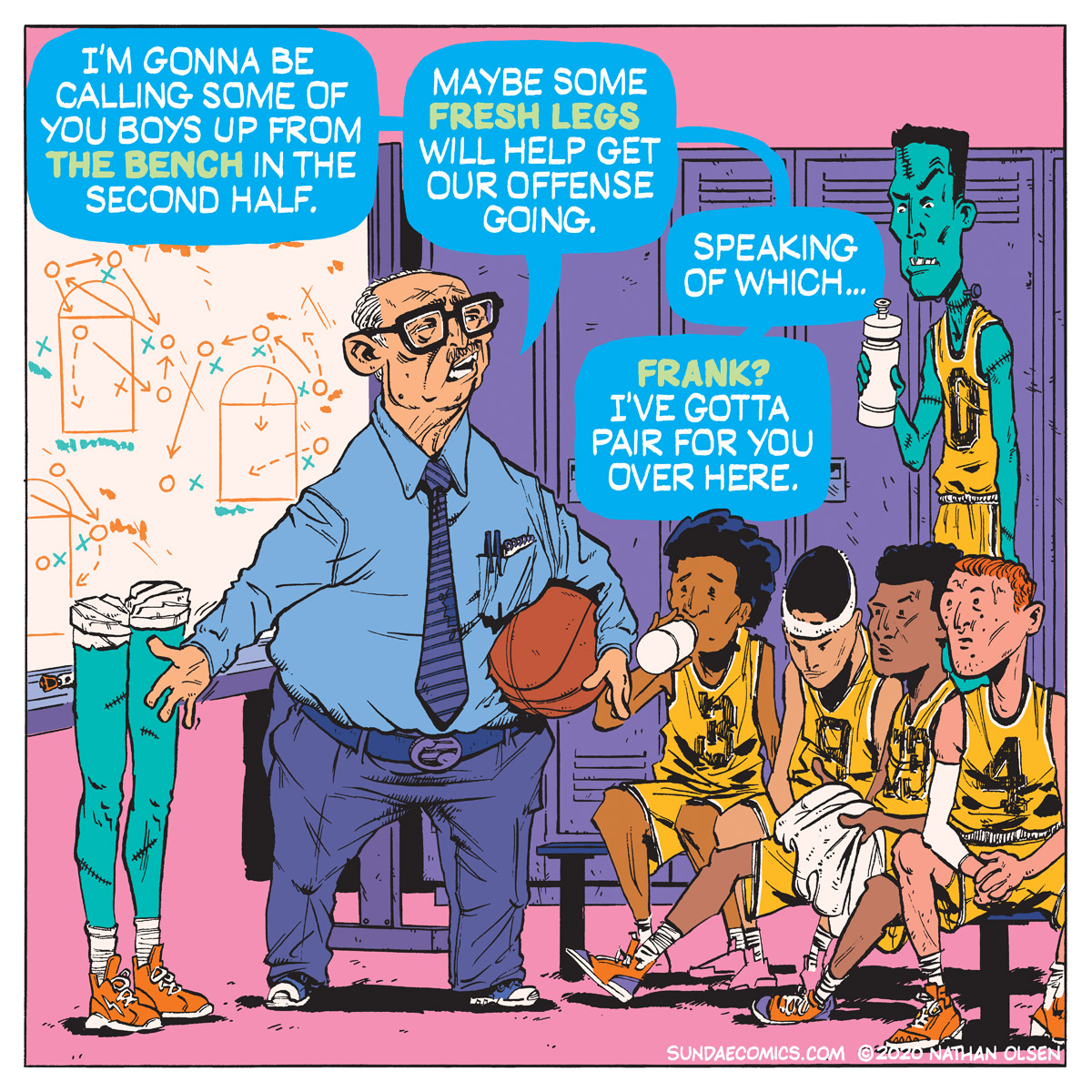 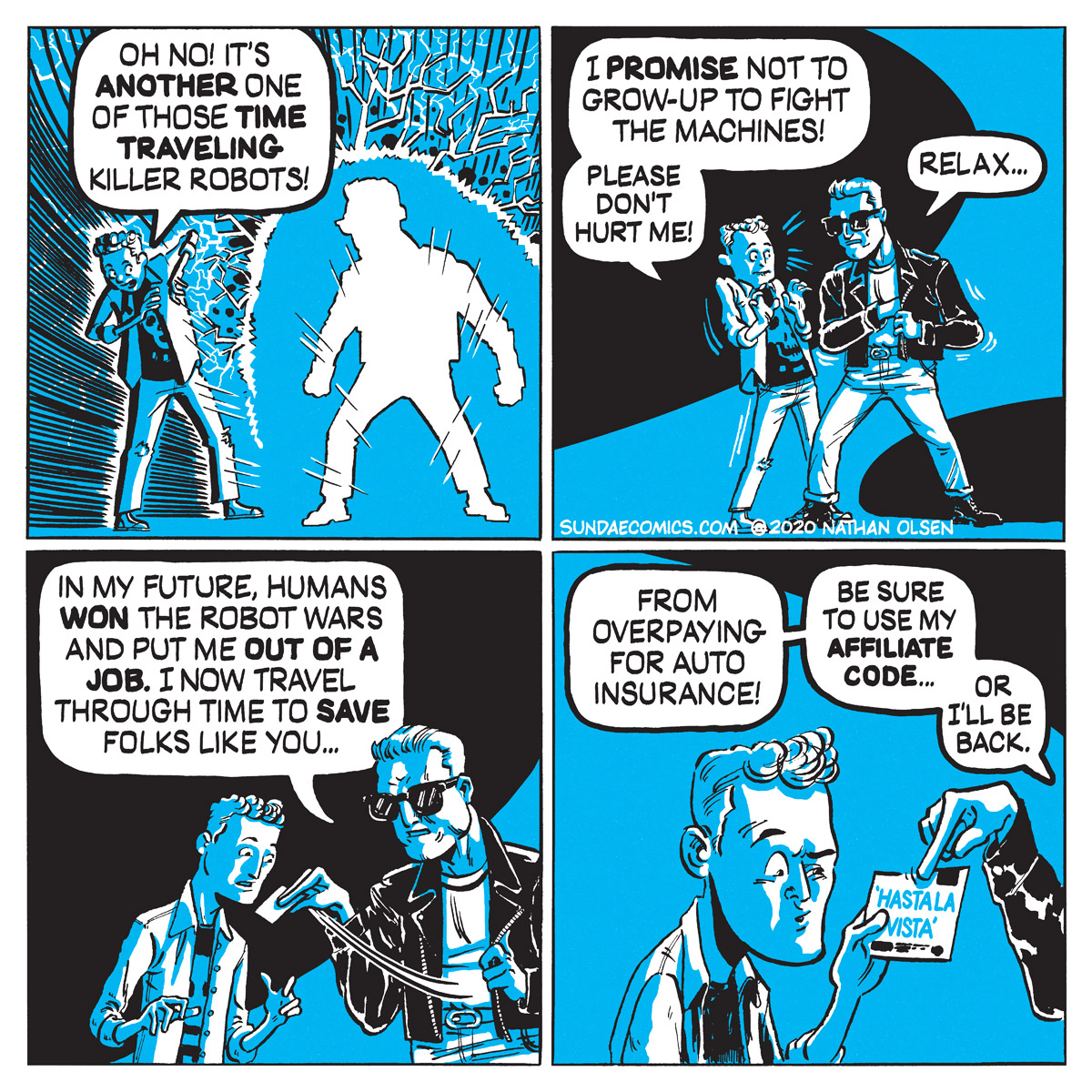 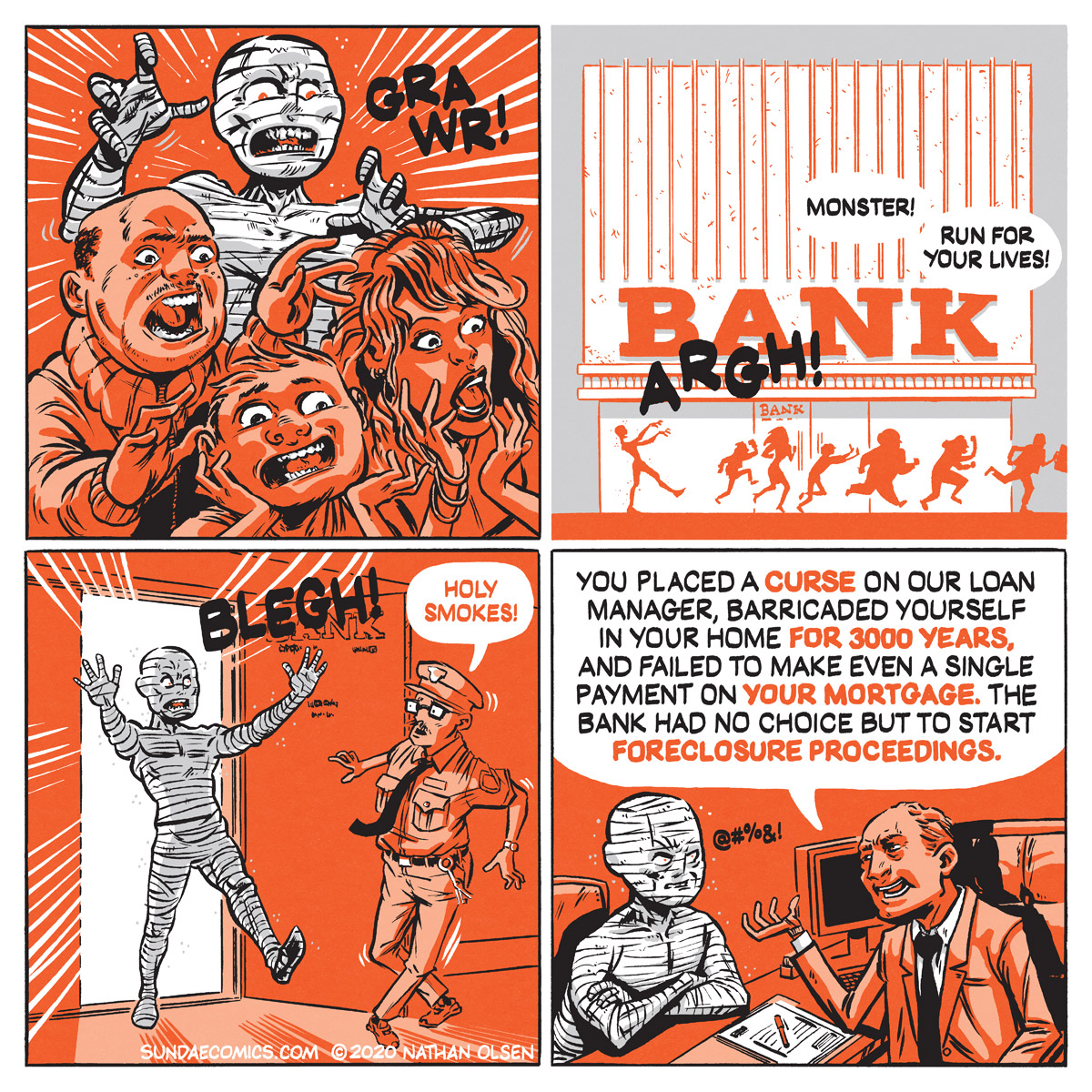 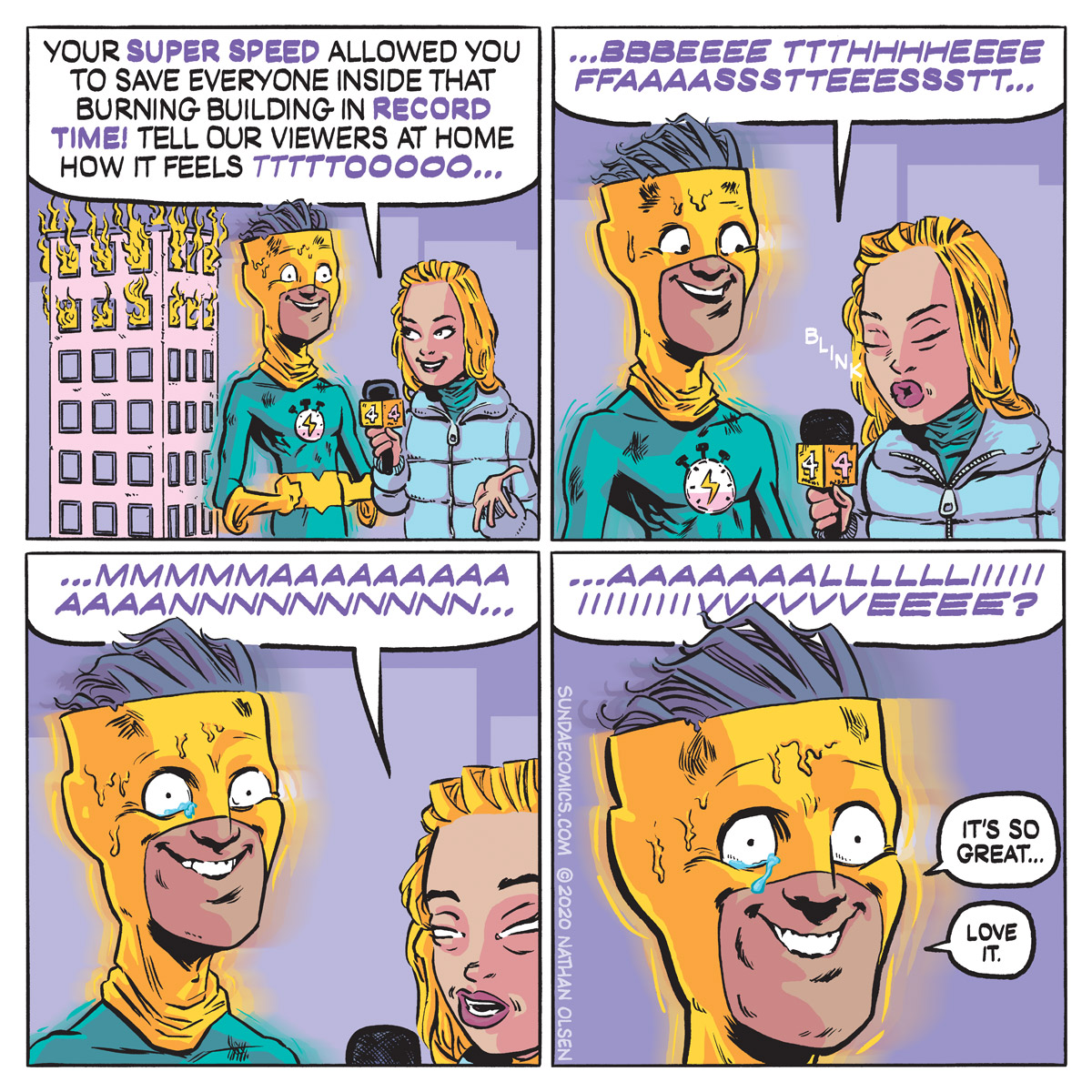 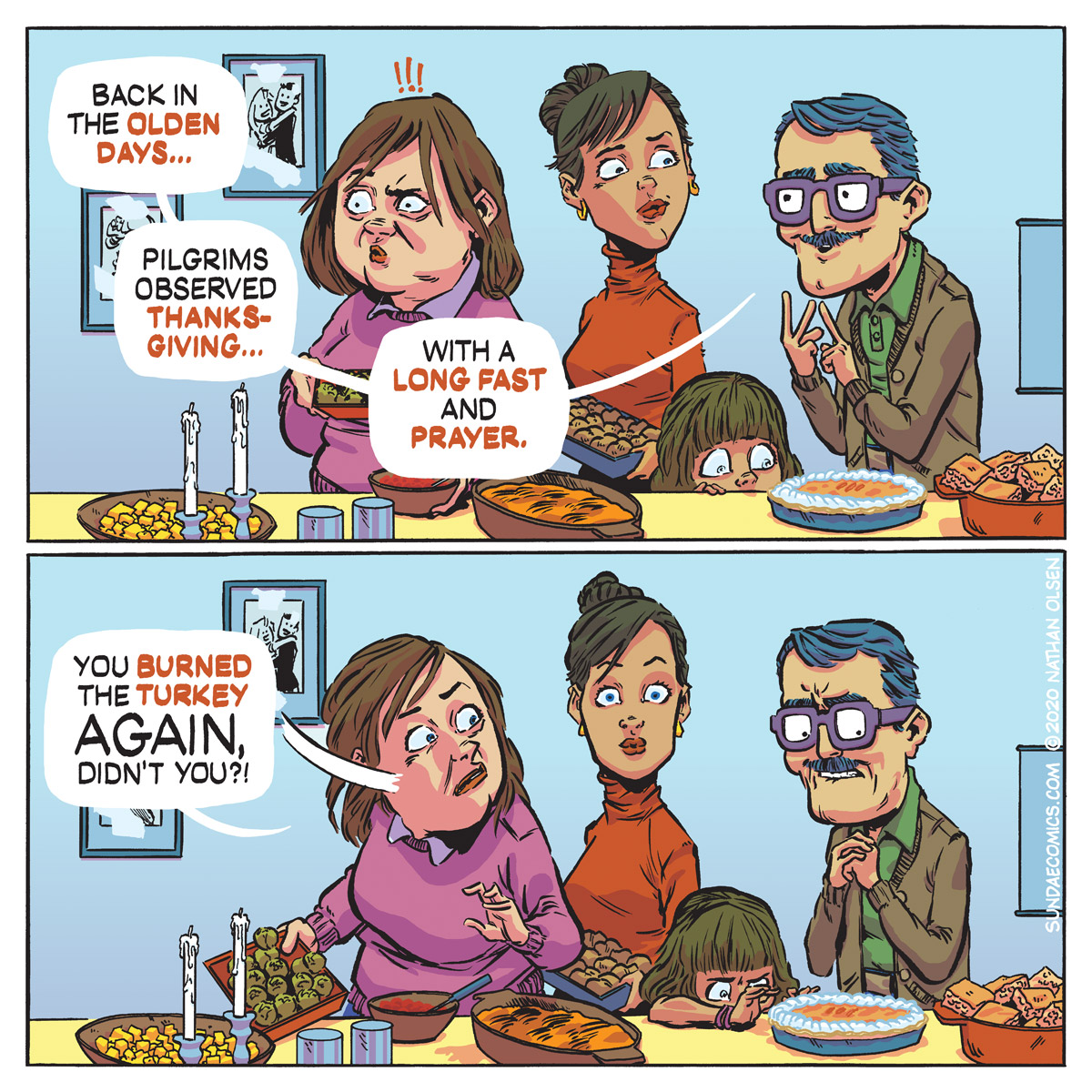 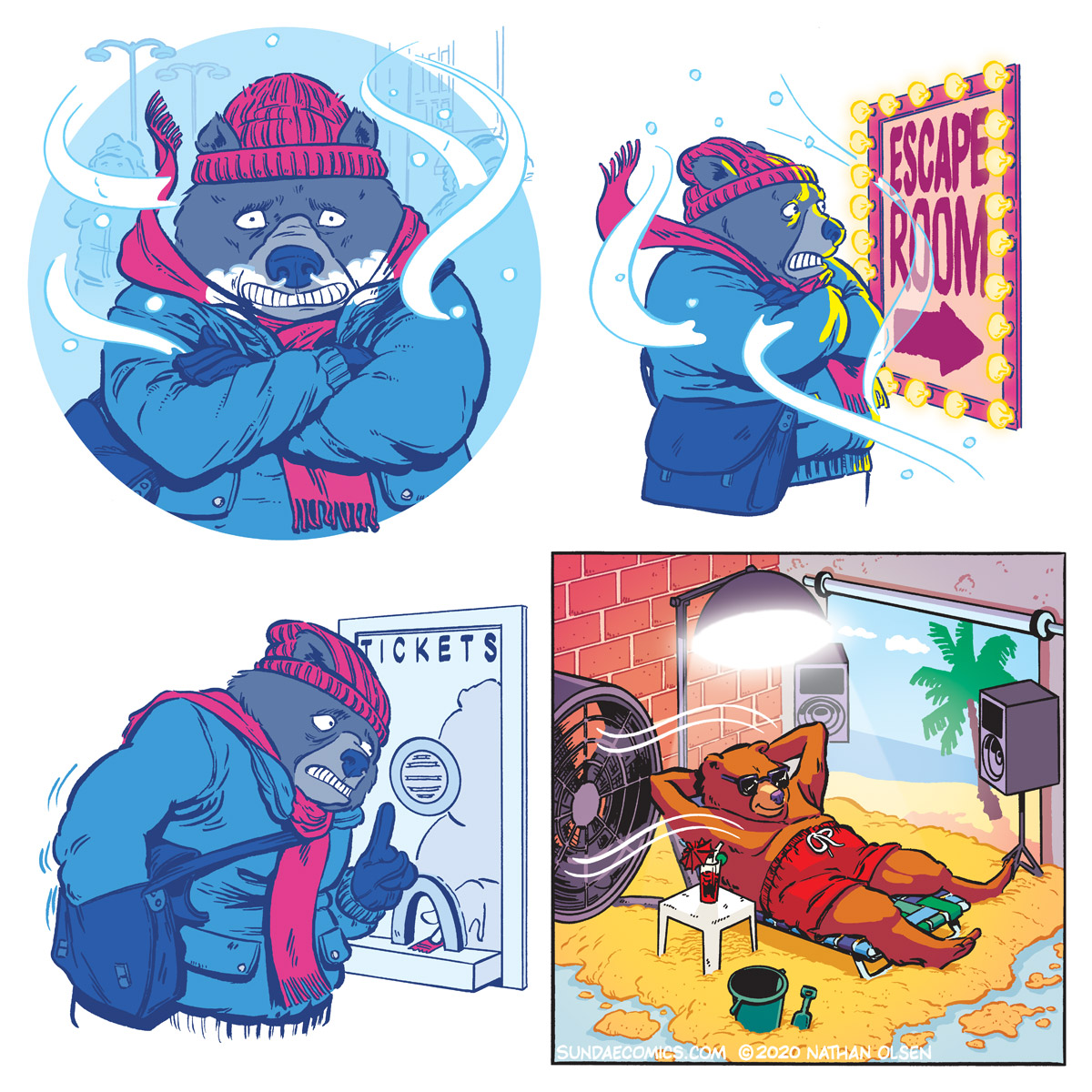 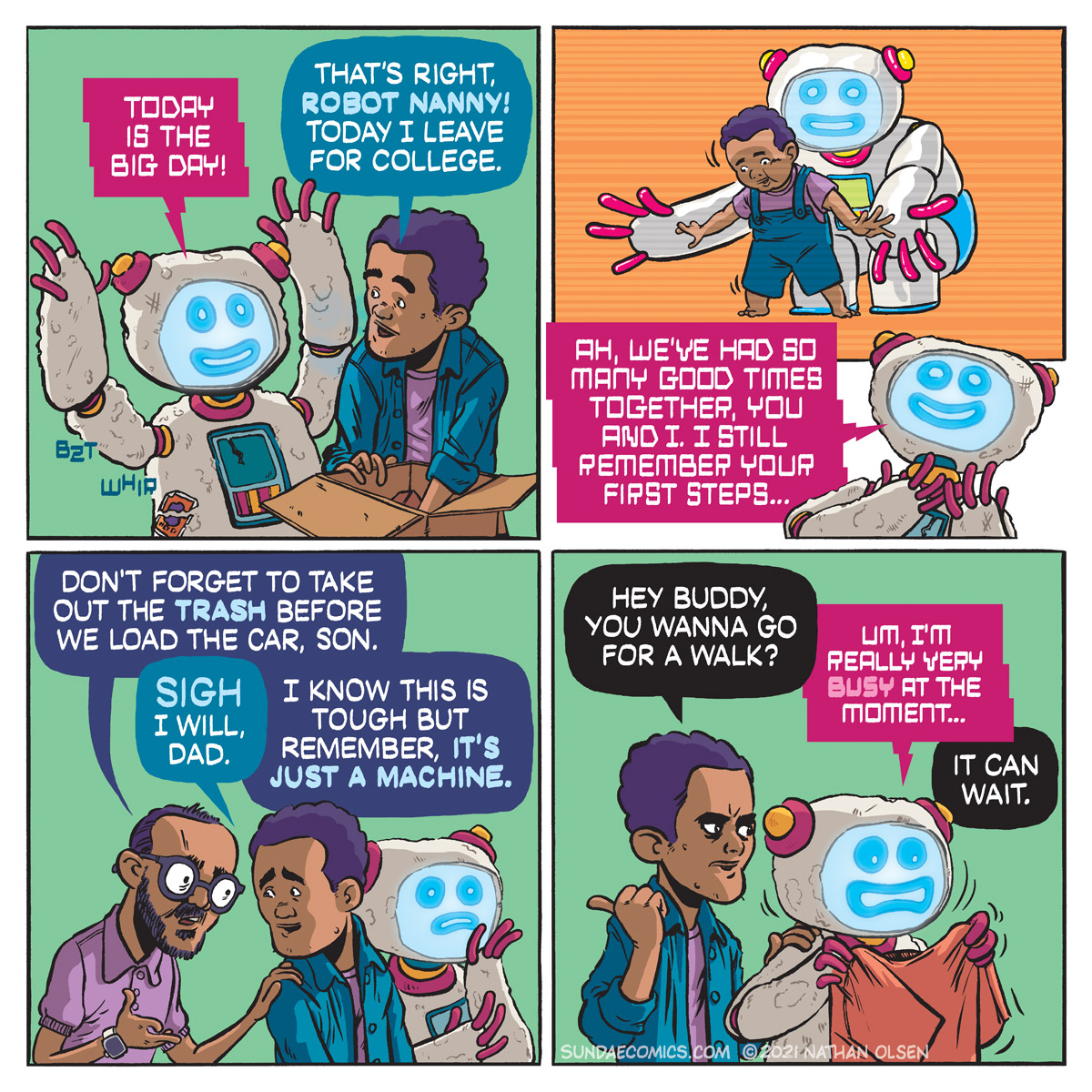 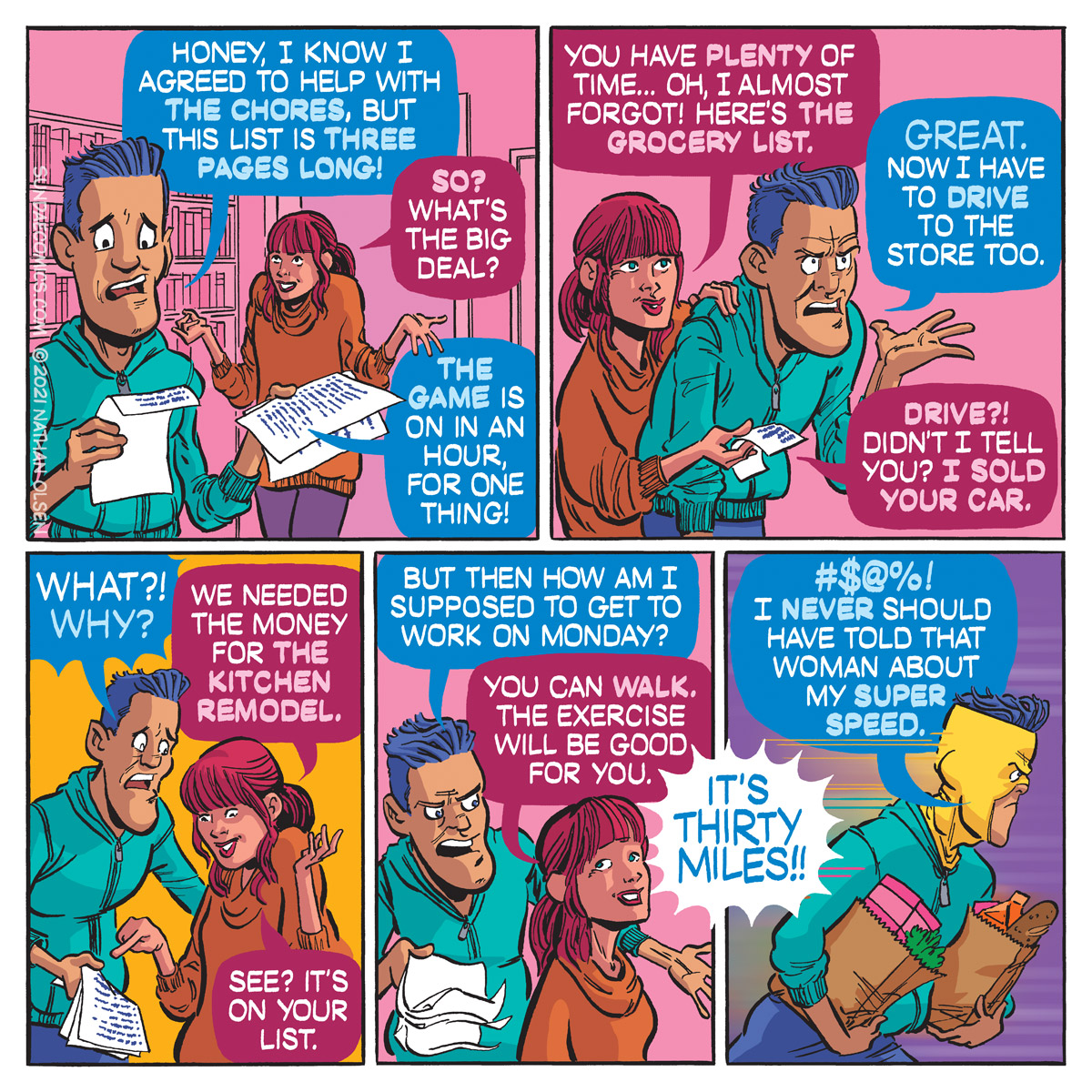 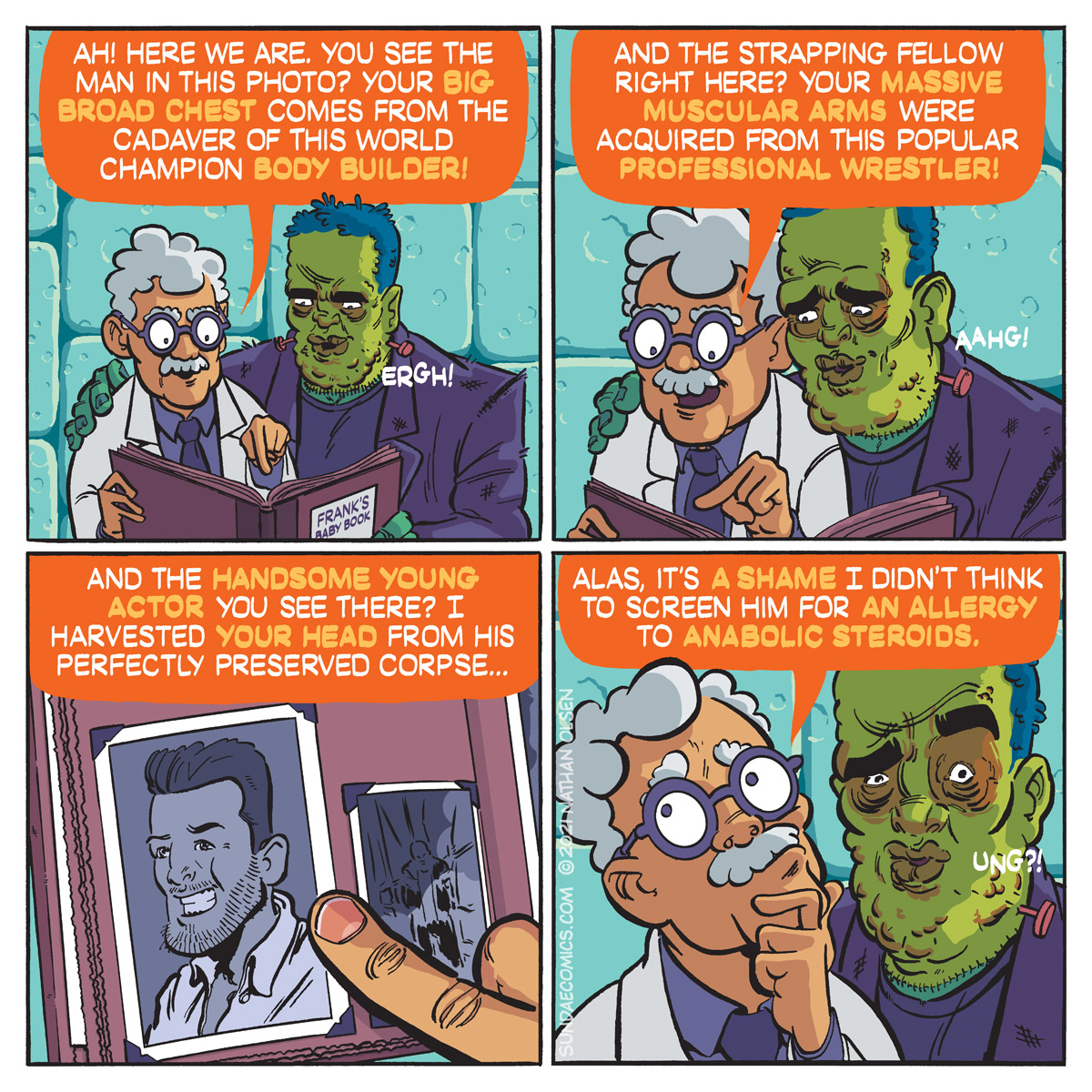 For All the 'Game of Thrones' Fans, Here's a List of Places Where the Movie Took Place Which U Can Visit Previous post
'The American Dream' Presents These Awesome Retro-inspired Trailers With a Detachable Rowboat Roof Next post