The self-taught artist really gets the best out of themselves since they don’t go under the influence of their masters. One of these artists is Dora Mitchell. Even though she has a bachelor’s degree in studio art and some experience as an illustrator, she taught herself how to create comics. She has been reading comics by excellent storytellers/artist like Richard Sala, Don Rosa, Carl Barks, Shannon Hale, Vera Brosgol, and Raina Telgemier, where Dora’s biggest learning experience was when she created her first webcomic, The Curse of Crooked Mile, on which the artist has been working for several years now.

“I started making comics when I was really little, like six or seven. My inspiration came from the Donald Duck and Uncle Scrooge comics my parents introduced me to when I was six years old. (Still remember the cover of my very first issue of Uncle Scrooge!), ” said Dora when reached out by Earthwonders.

“Then I stopped making comics for many years, for some reason. I guess I let societal pressures make me think I’d outgrown them. But then in college, I started reading them again…and then when I became a children’s librarian I started reading them even more, supposedly “for work”, but really because I had completely fallen in love with them again.

Then a few years ago, I got tired of trying and failing to get my stories traditionally published. I just wanted to get directly to readers, without having to win over a publisher. So that’s when I decided to start my first webcomic, Crooked Mile. It’s been a wonderful way to learn how to tell a story in comic form, while connecting with an audience!”

Another one of her comic series is Ninecrow, which has a horror/mystery theme. Ninecrow was inspired from an experience Dora had while she was driving through a little mountain town deep in the woods, years ago. “I saw rows of bright lights off in the trees. I couldn’t imagine what they were. That’s what happens to Amanda, the main character in Ninecrow, in the first chapter. I did find out what the lights were… But I can’t say more, because it’s actually the same thing Amanda discovers when she finally finds the source of the lights, near the end of the story! Can’t give it away yet. But I never forgot the unsettling feeling I had that night in that remote town, and eventually, it became this story. “

Dora says she likes writing creepy, mysterious stories, but she wouldn’t prefer to call them ‘Horror’ stories, as that often makes people think of gore and violence. It makes people expect something like “Saw”, and they’re going to end up disappointed, and others who don’t like blood and guts might stay away from when they don’t need to.  The artist loves scary stories but her favorites are more like psychological horror.

“Ever since I was a kid, I’ve been drawn to stories of creeping dread…the feeling that the everyday world is hiding something awful. I think horror stories are appealing to me because the real world can be so overwhelming and terrible in ways that are very hard to process and accept. A horror story lets you feel scared and anxious in a way that you can understand and control. And a good scare is just plain fun!”

Oh, the joys of having that special someone to annoy every single day. This and the very essence of what it’s like being in a relationship is perfectly illustrated in Barmy-Chip-Witch comics. The female artist creates “mostly harmless, mostly nonsense” comics that portray the hilarious reality of being in a committed relationship.

The artist creates comics, doodles, and illustrations and is “powered by cat fur, caffeine, ADHD and carbs.” She features what she calls a “long-suffering supporting cast,” including her boyfriend, a cat named FishMan, some friends, and family members in her comics. We’ve compiled a list of some of the most entertaining and spot-on comics for you to look at. Enjoy and show the artist some love that she deserves! 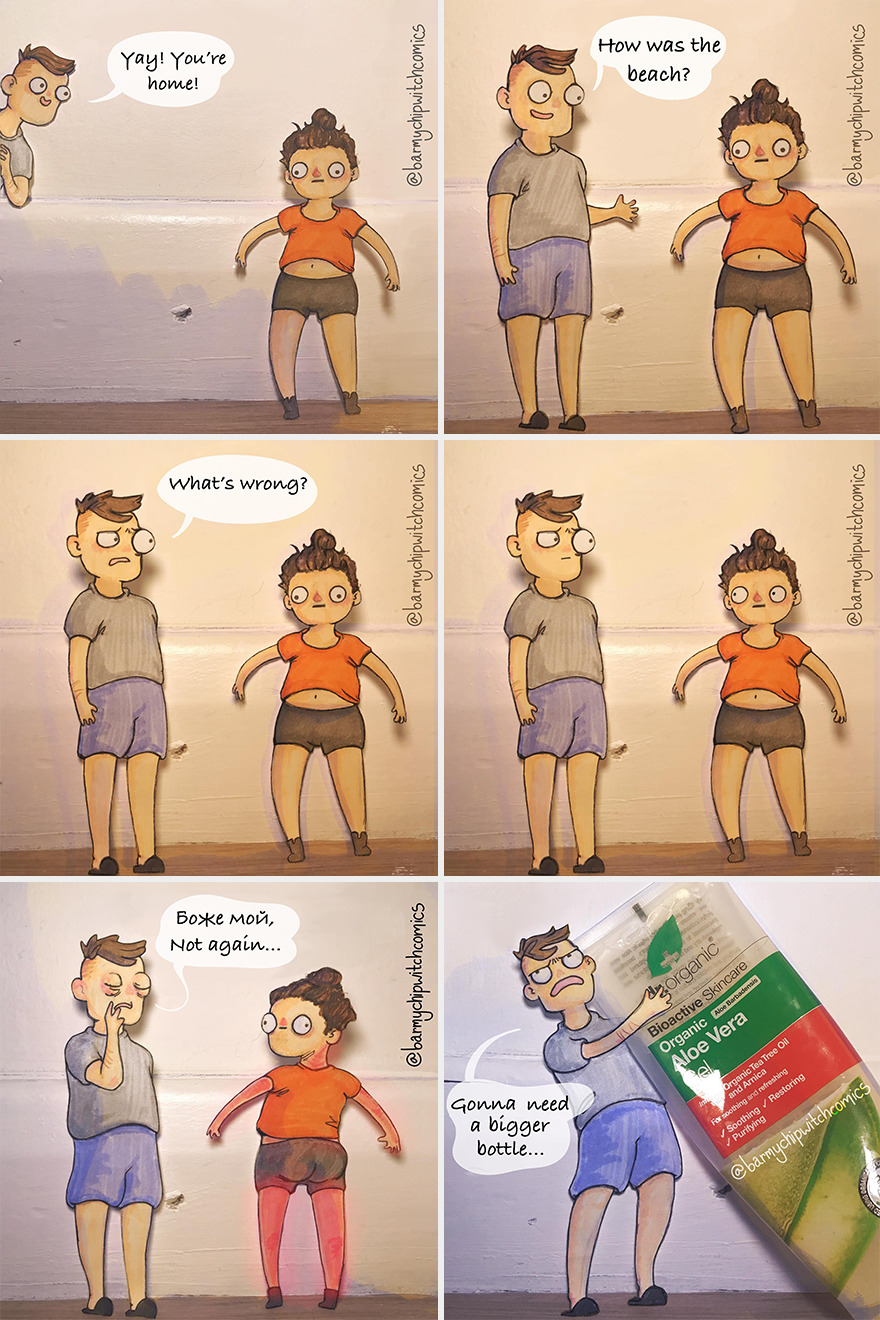 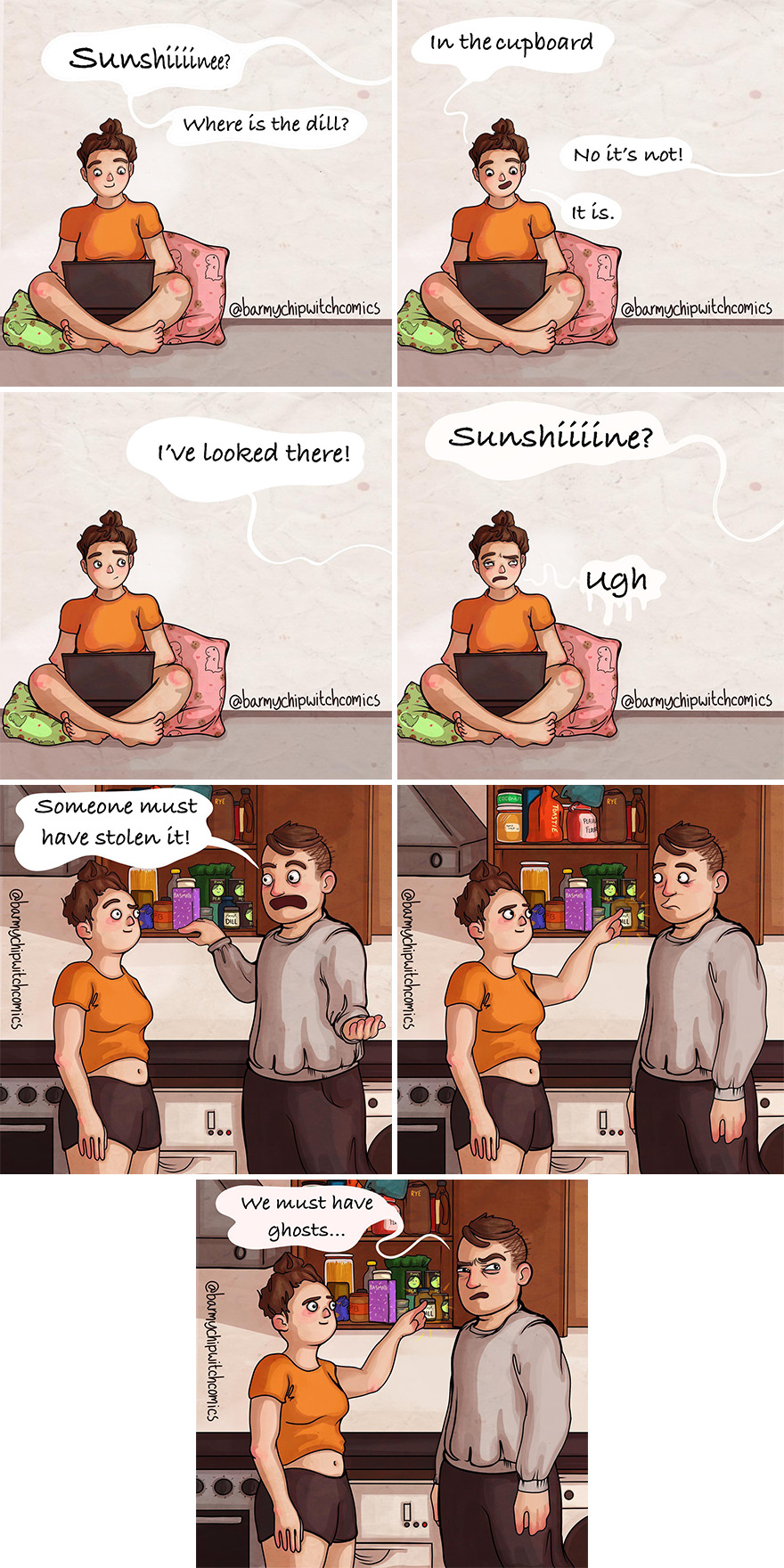 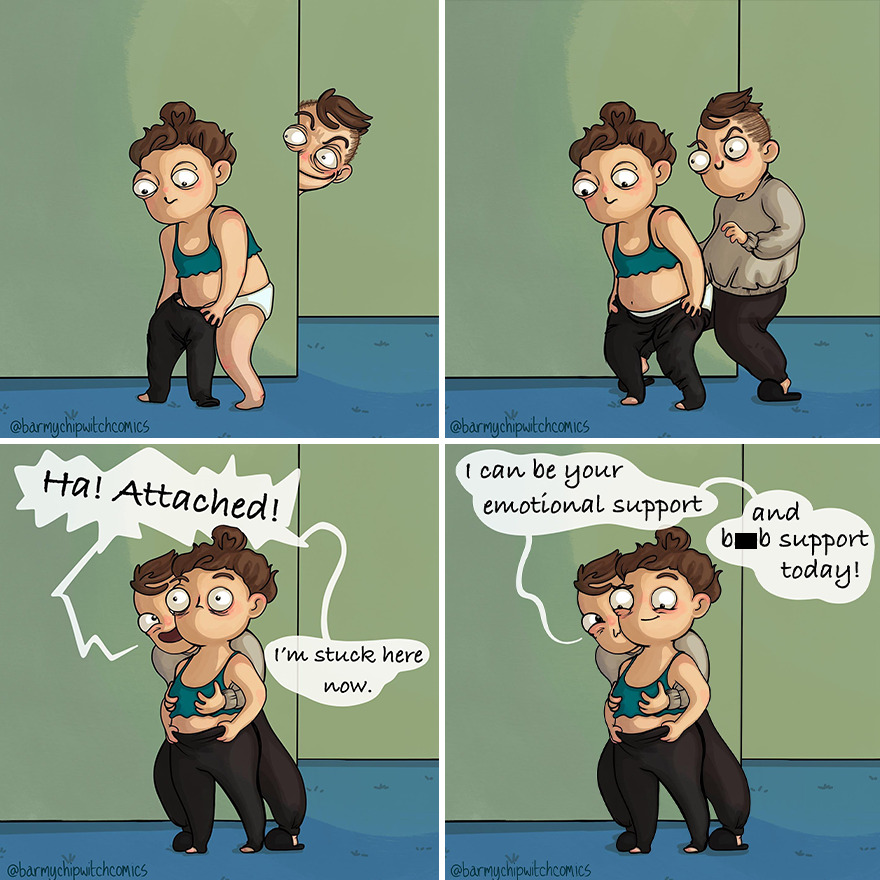 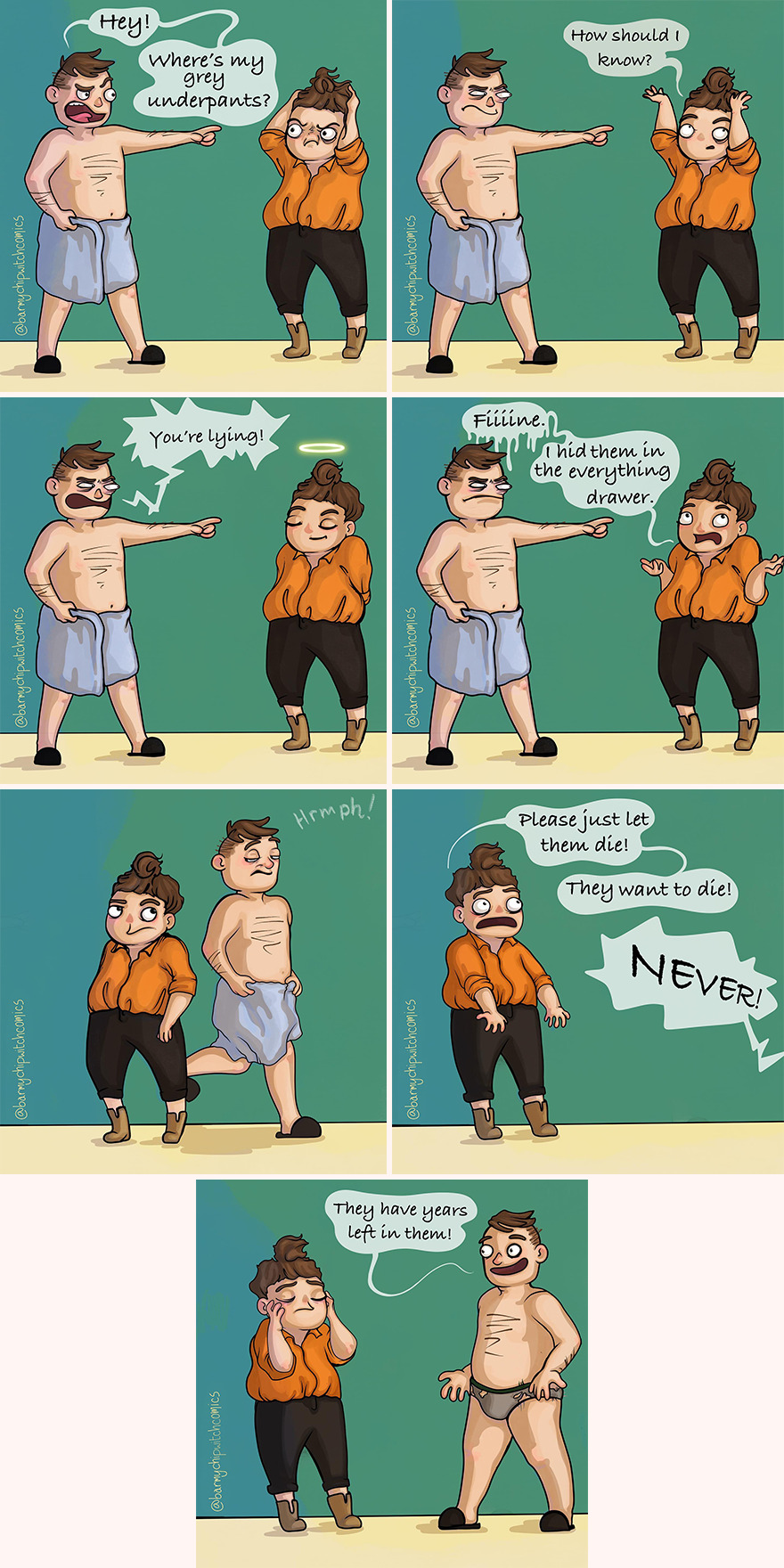 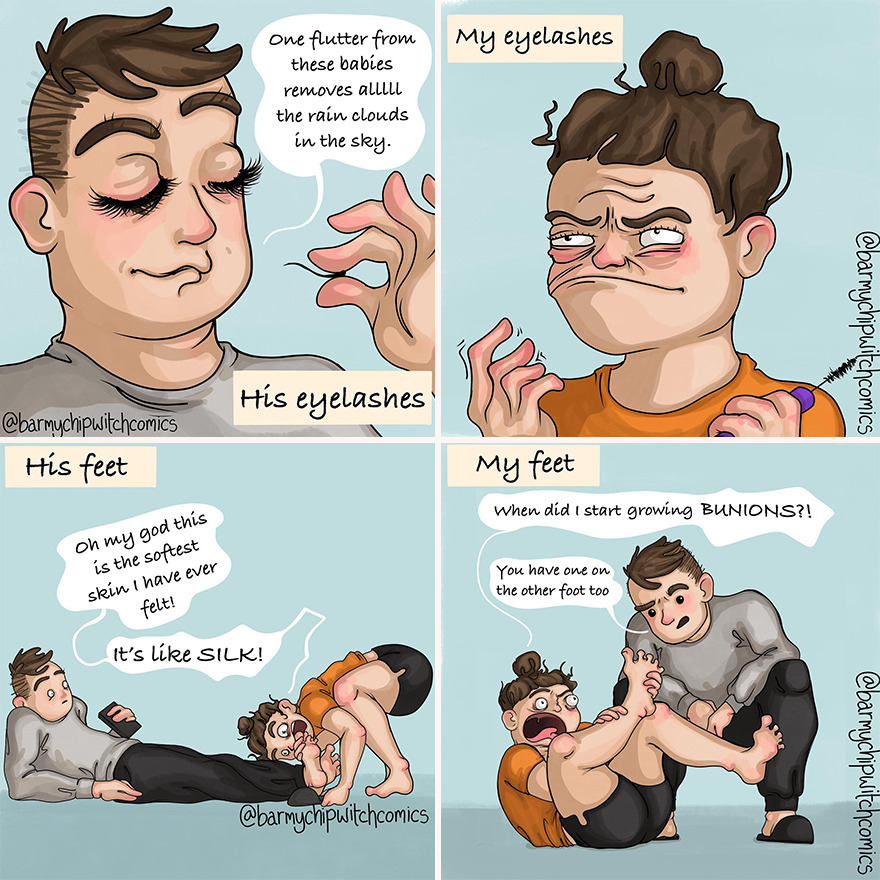 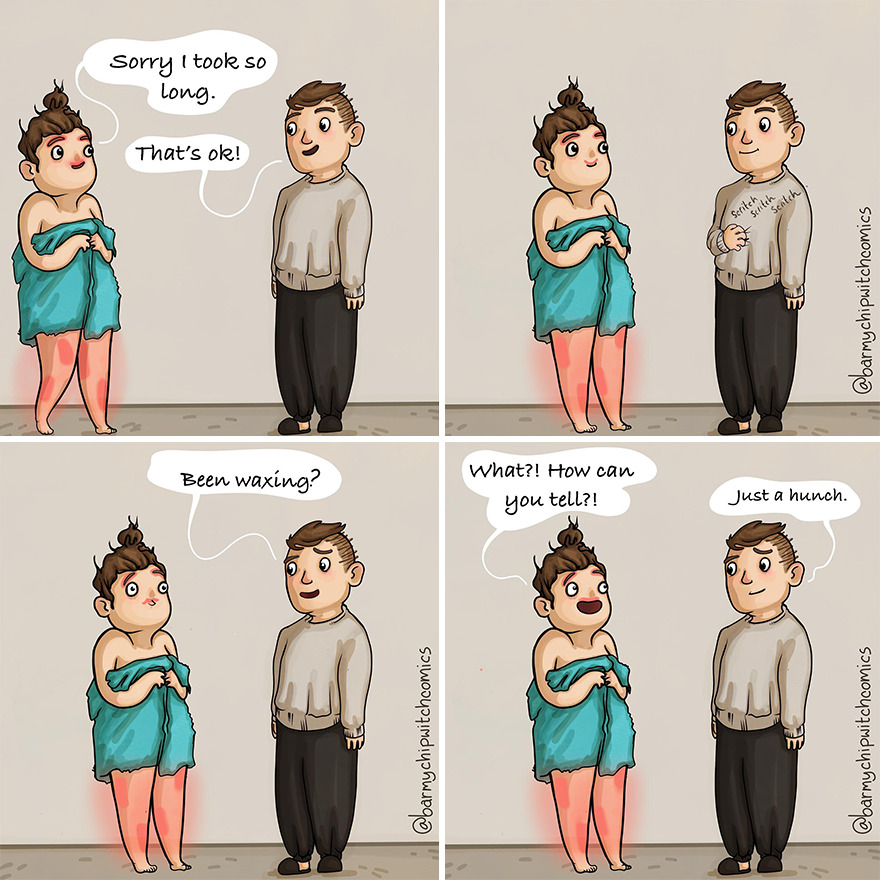 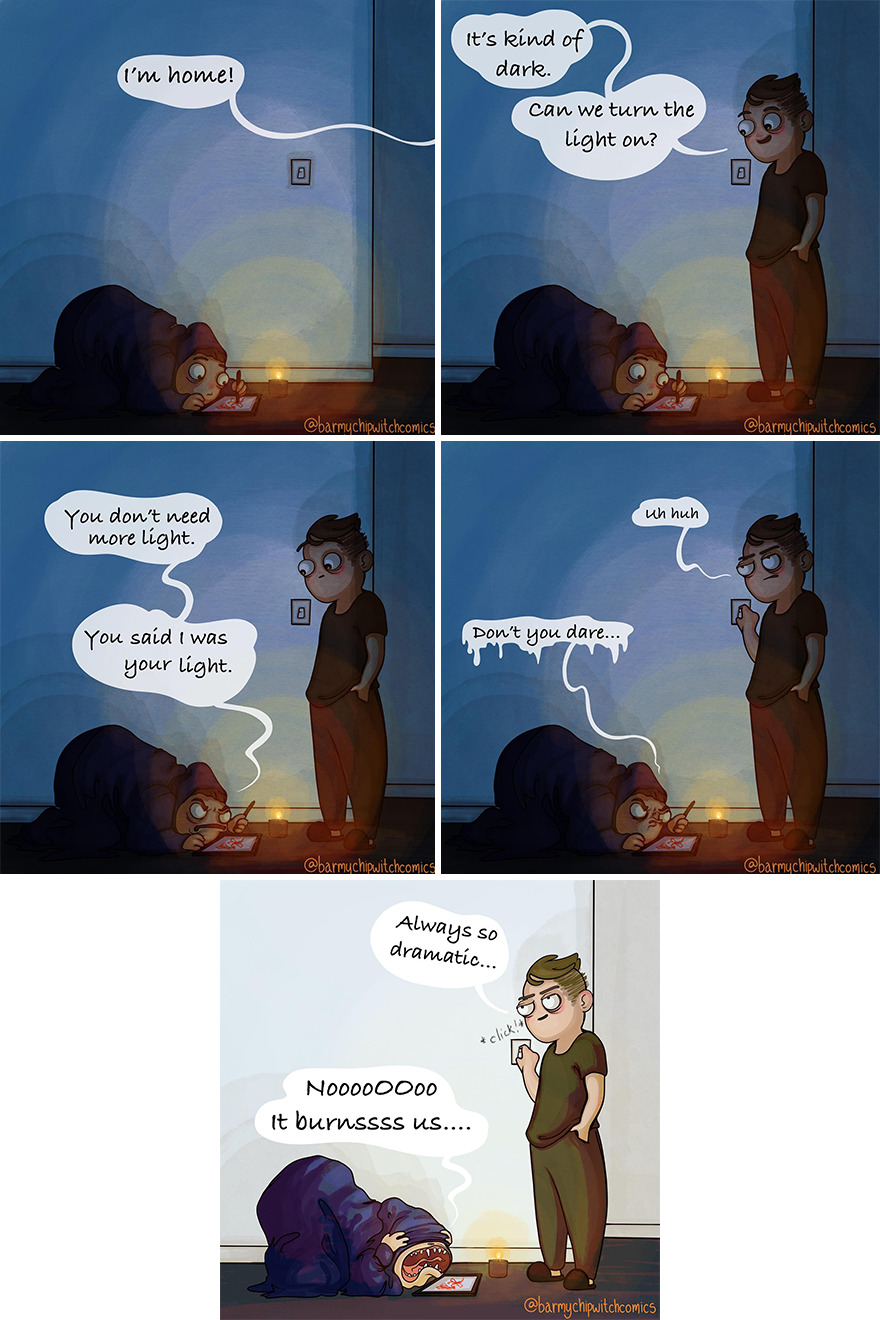 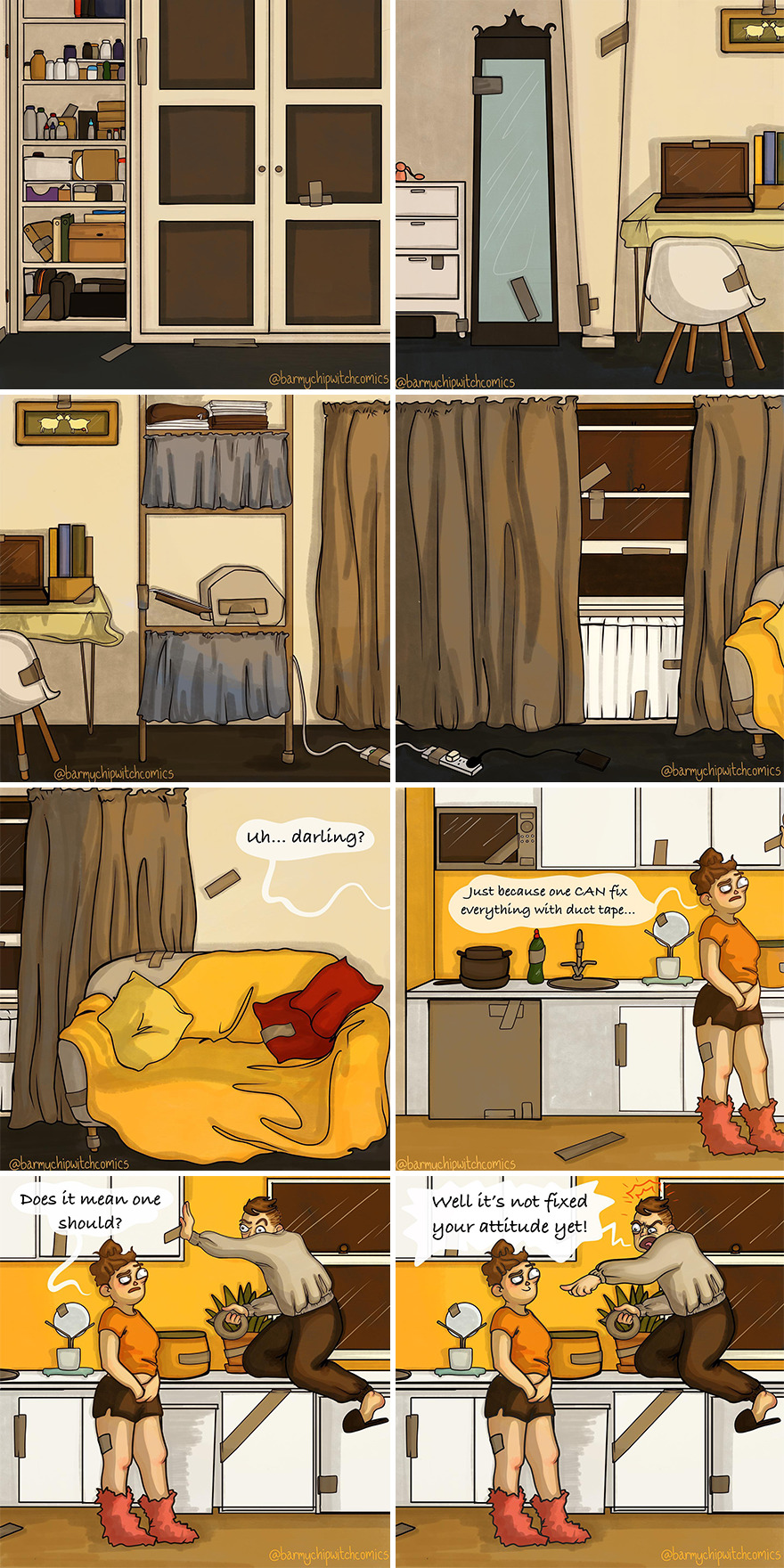 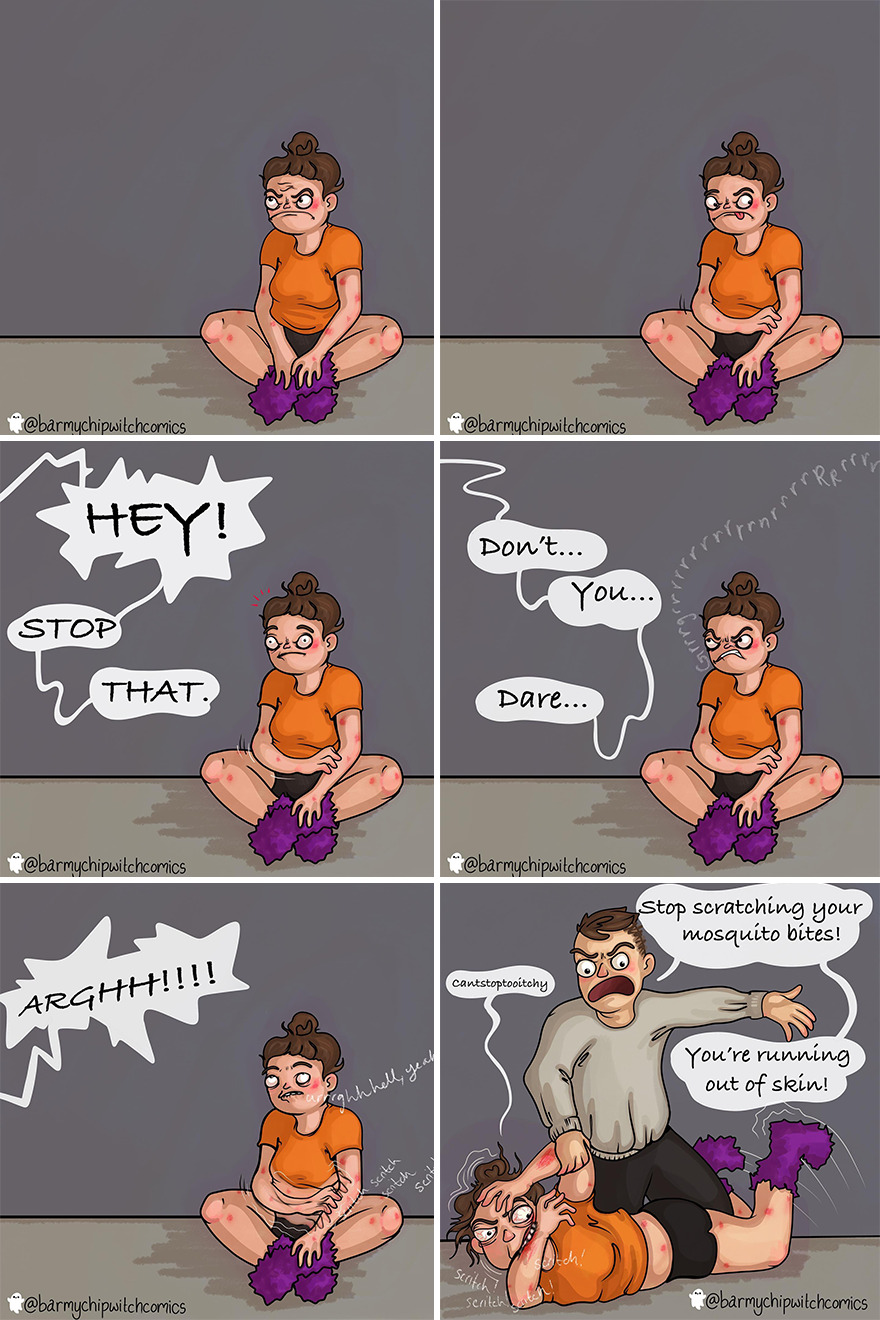 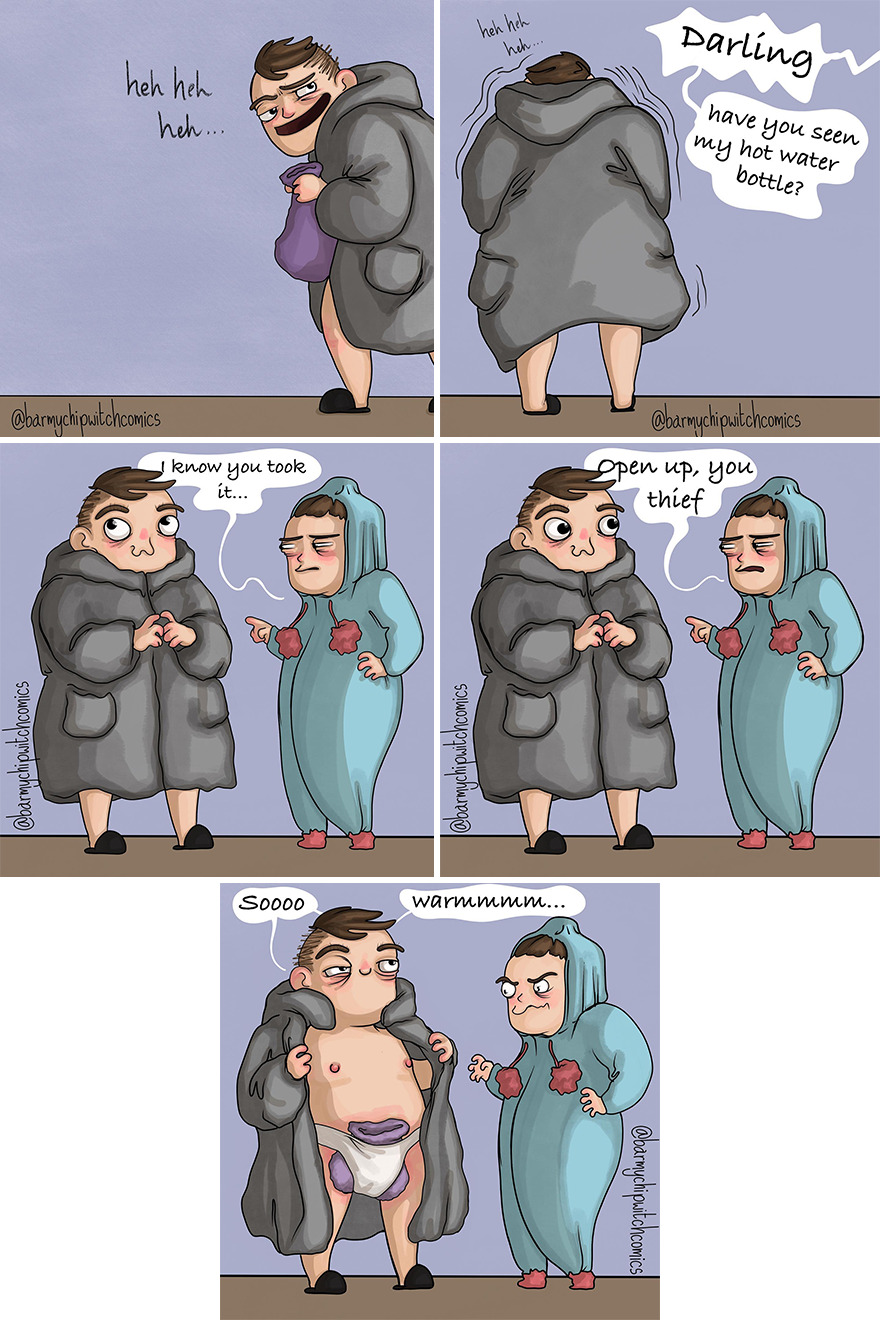 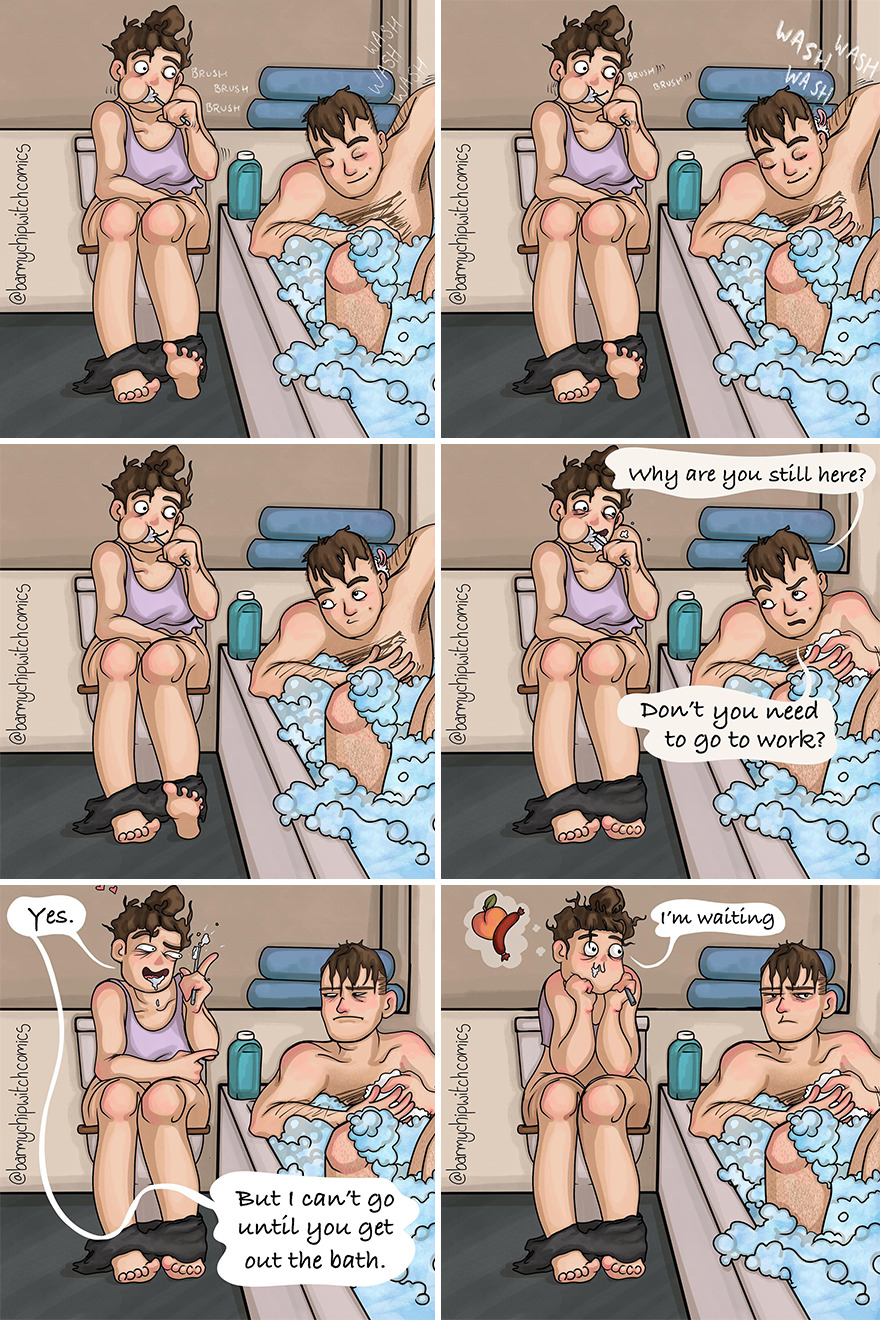 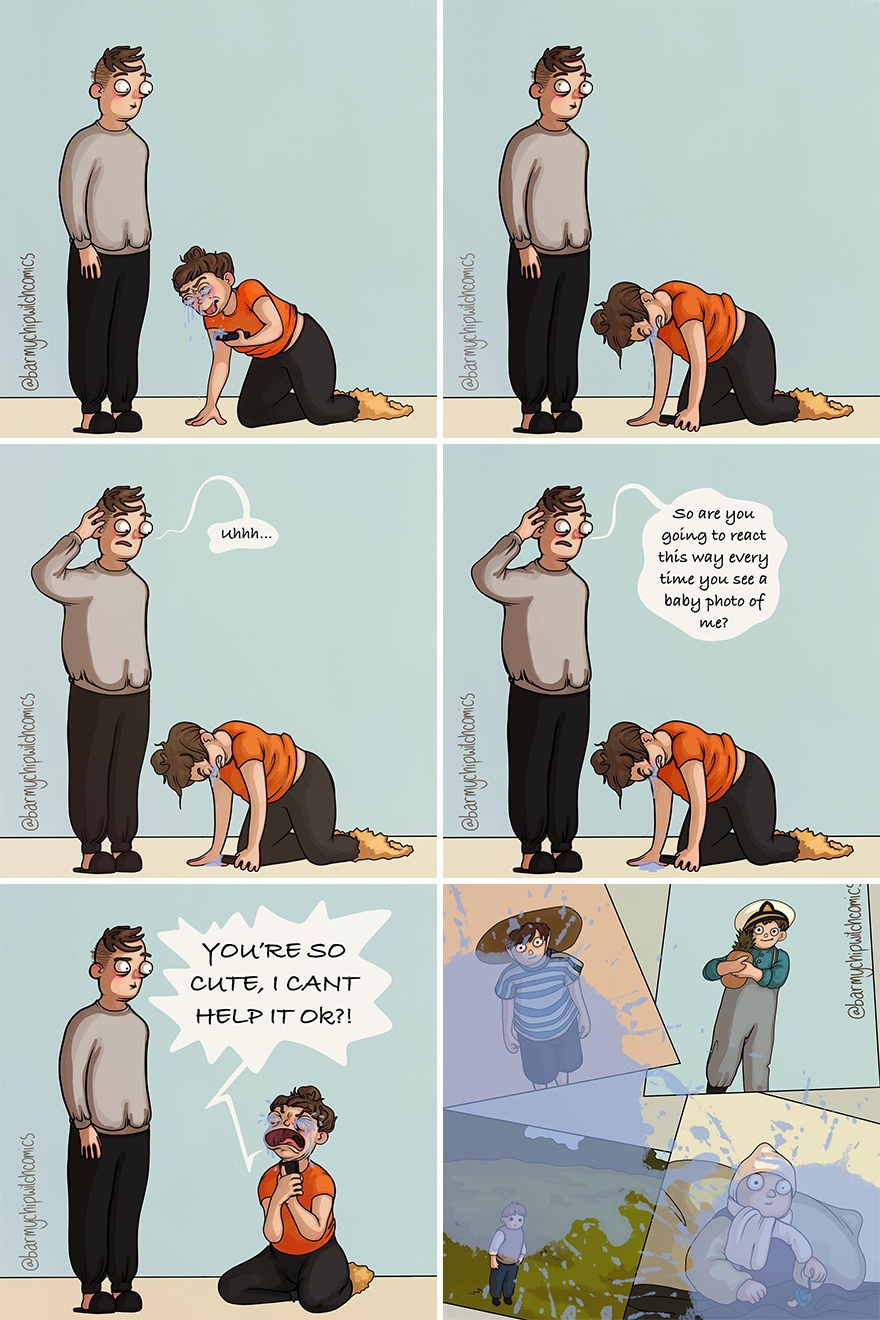 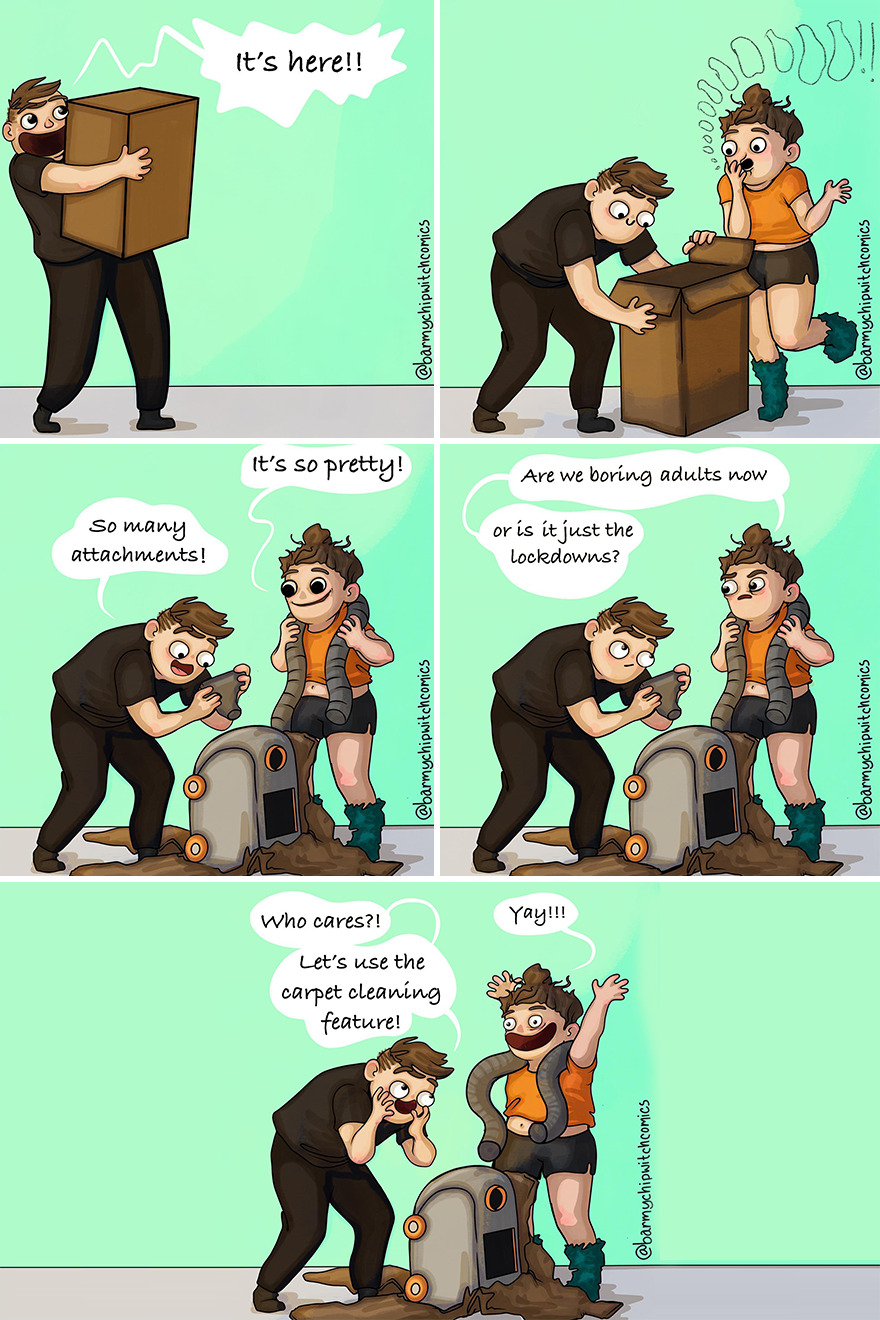 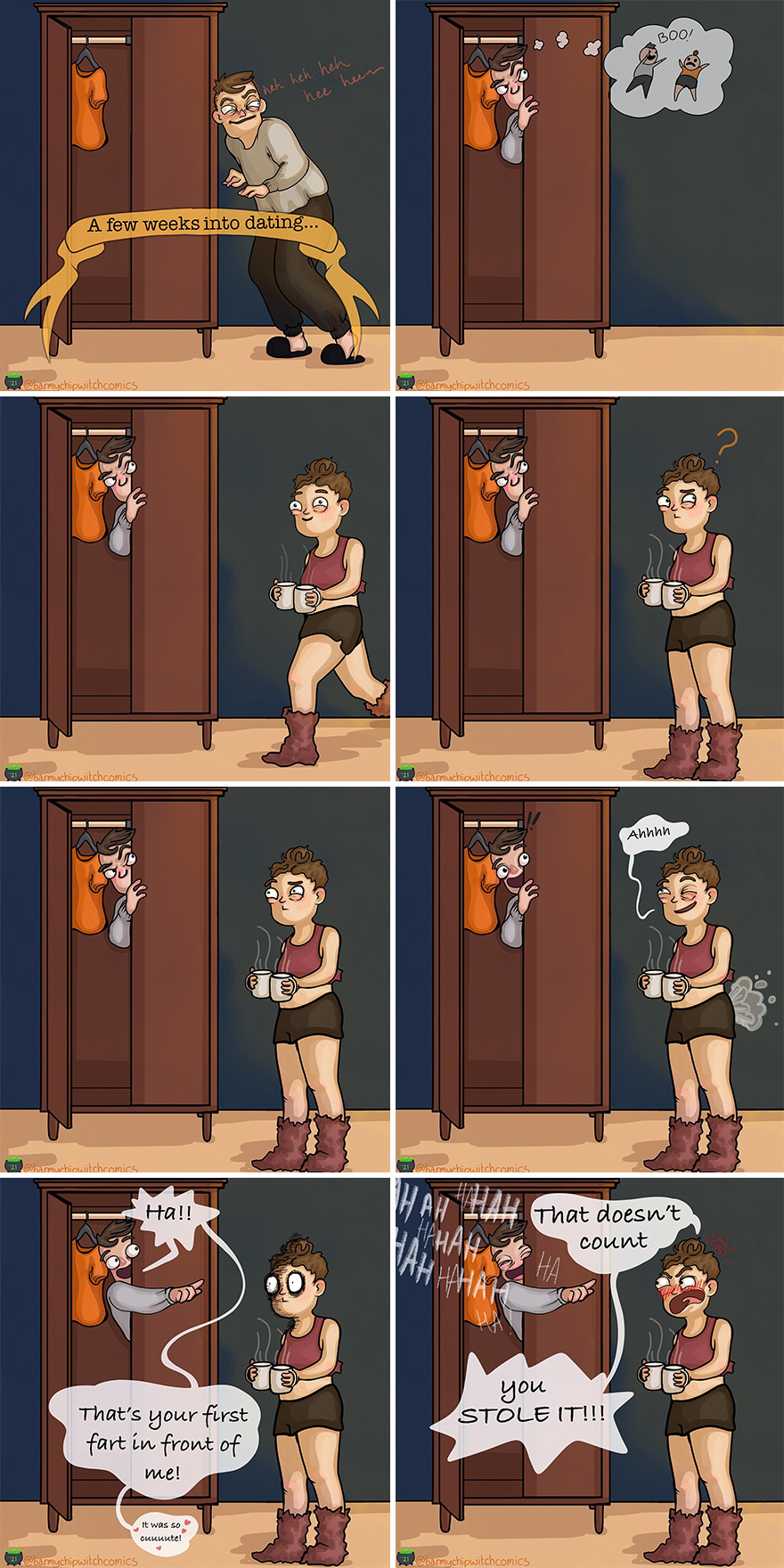 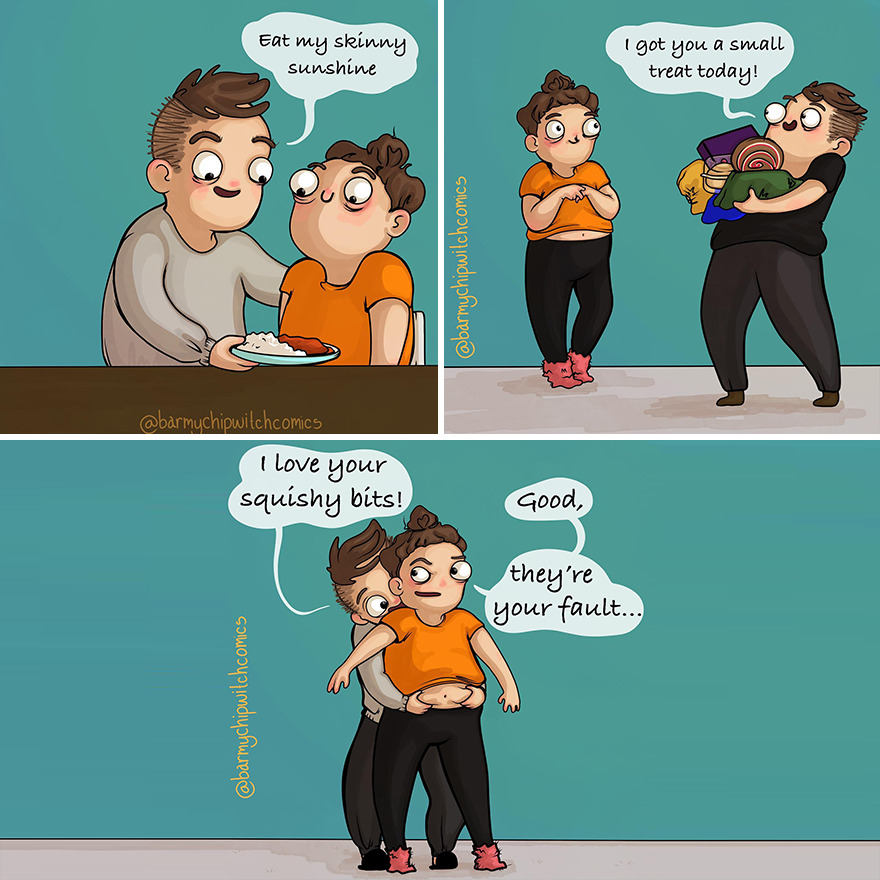 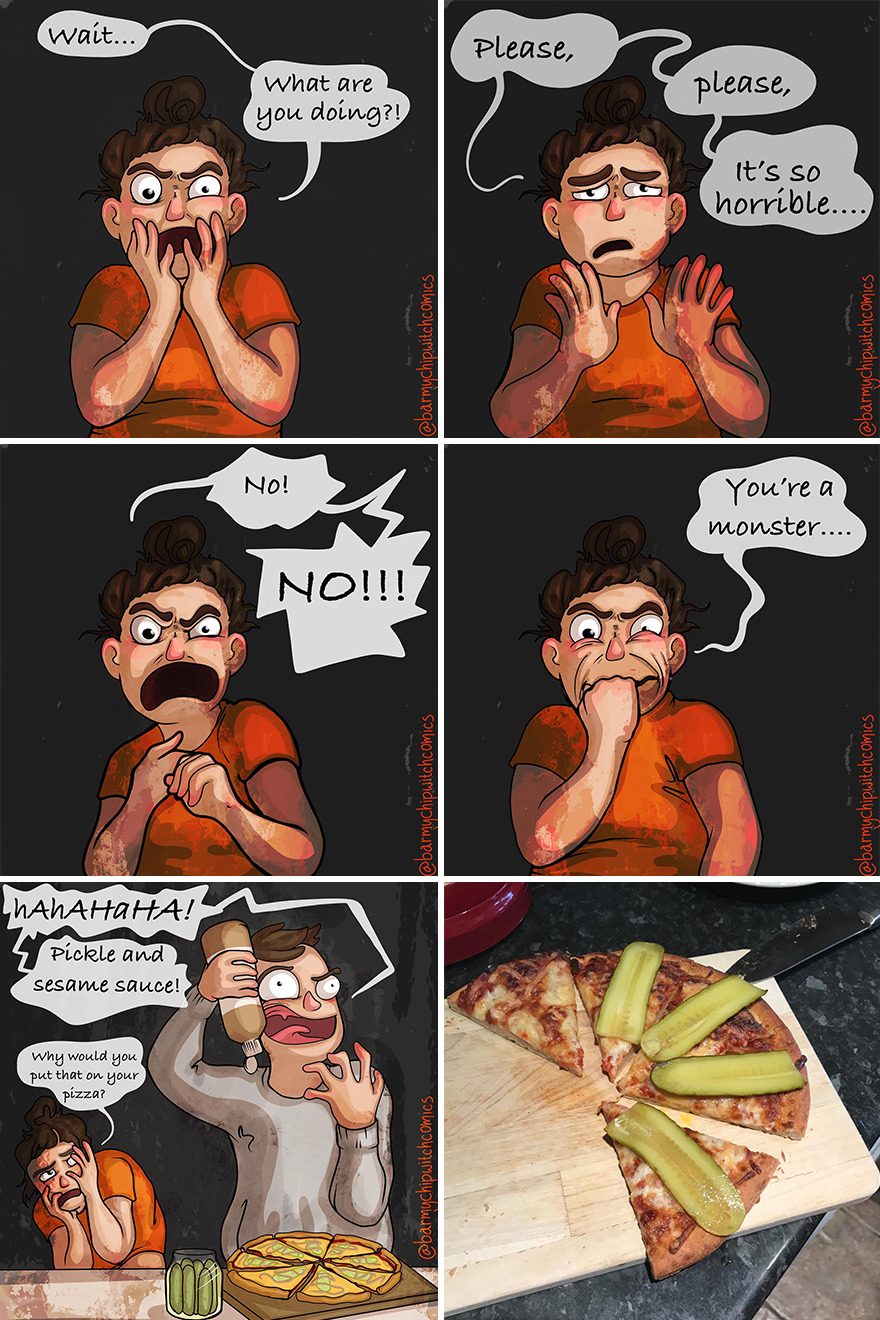 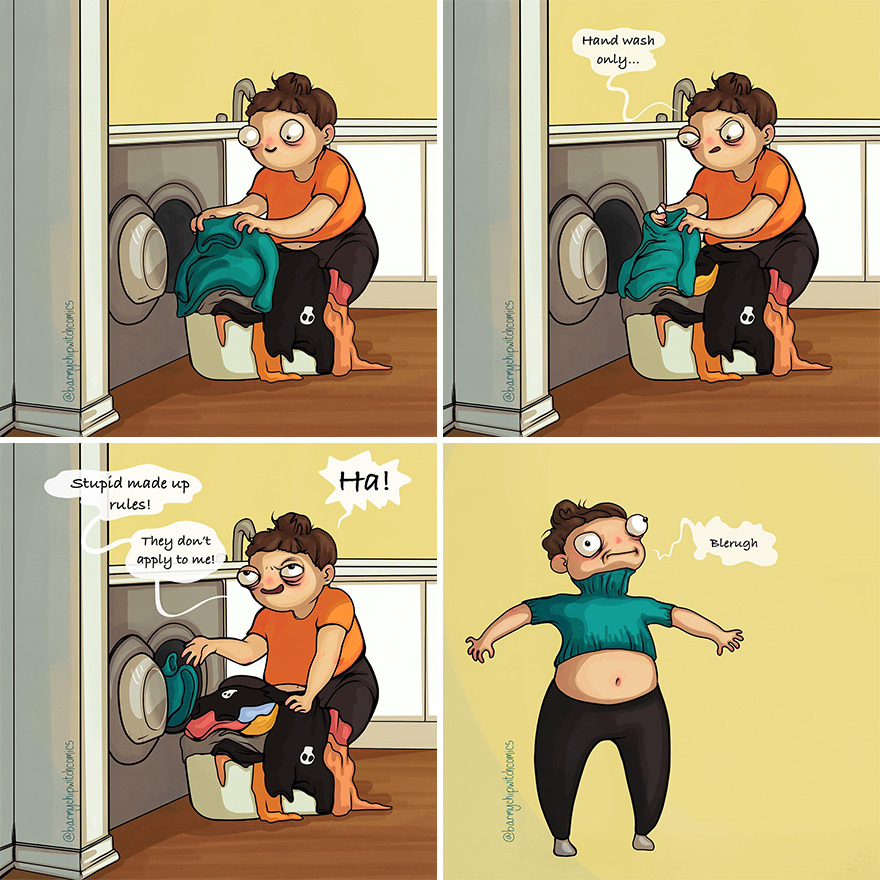 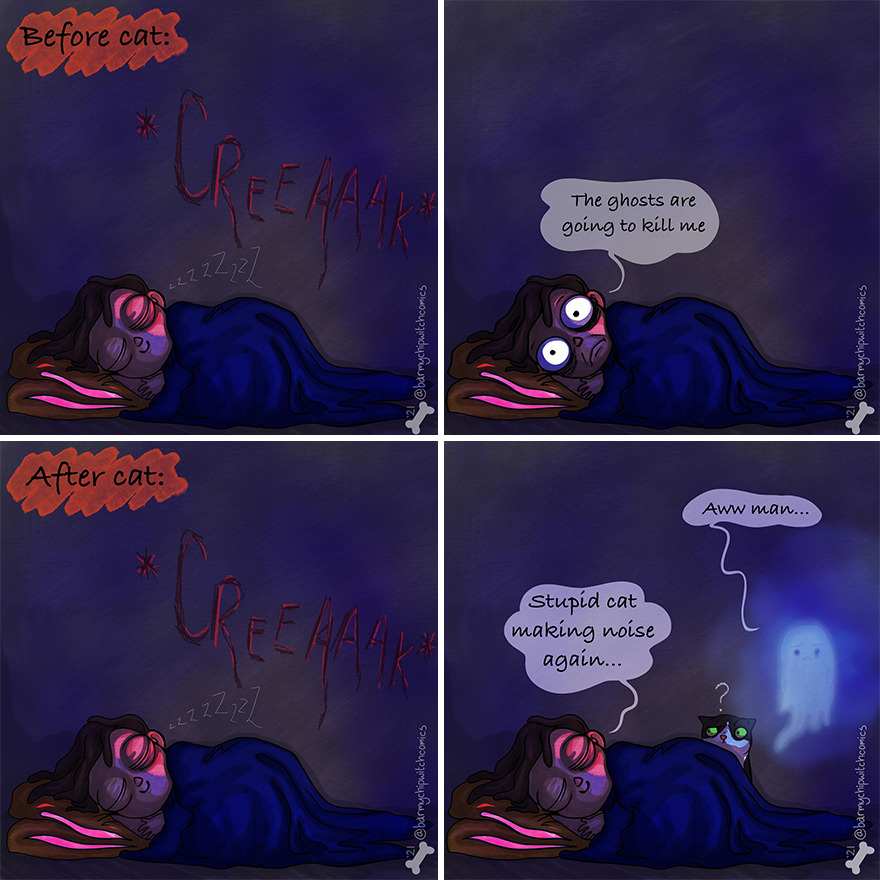 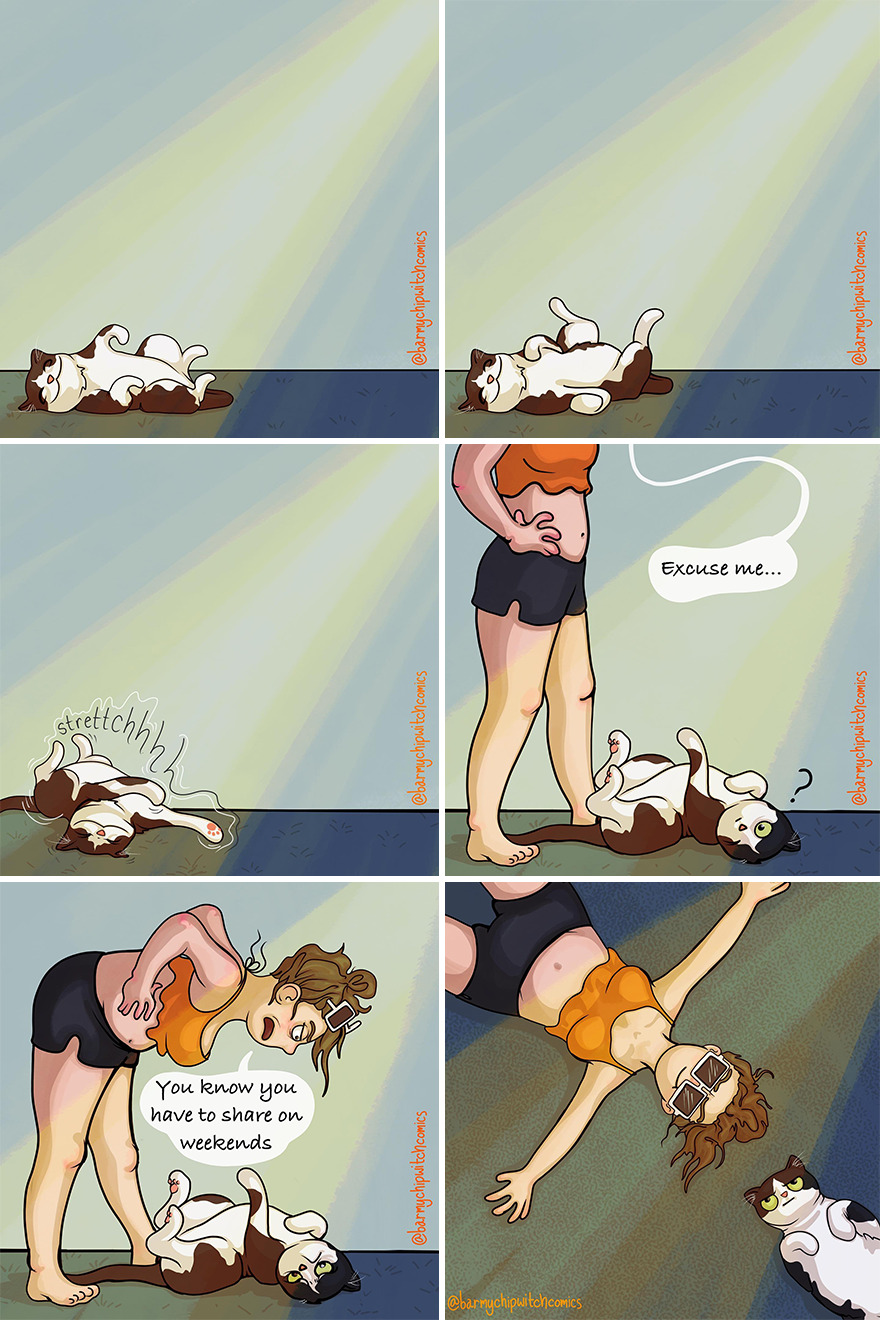