Even though we live in a modern world where we are kind and supportive to change, still there are some members of society that don’t really agree with this, especially when we speak about coming out as queer, trans, or anything else.

Depending on the background where they come from, some people find it harder to come out, but for some that are luckily surrounded by a supportive family and friends, it’s easier to be themselves and feel comfortable in their own skin.

Julia Kaye is a young artist who through a series of comics called “Up and Out”, showcases her personal journey through the transition process. Her comics have turned out to be very helpful, not only to her but to anyone who’s having the same experience as she is. 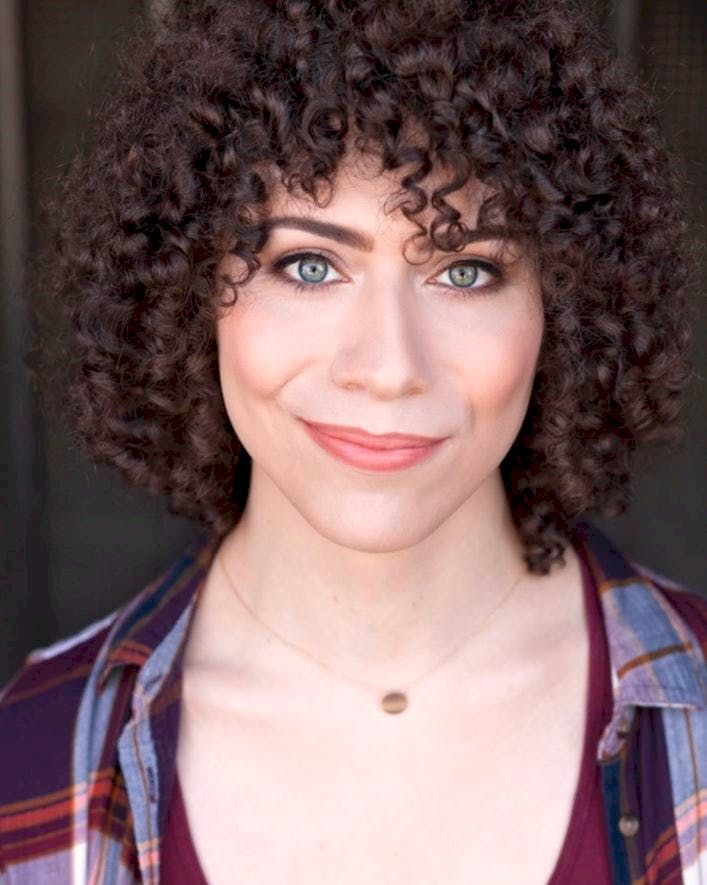 When she started doing the comics, she was already four months along in her transition and was feeling very anxious exposing herself in public. Even though there are plenty of men who buy and wear make-up, for her was still a daunting task.  “Breaking gender norms can be hard, there’s so much societal pressure to conform,” said Julia. 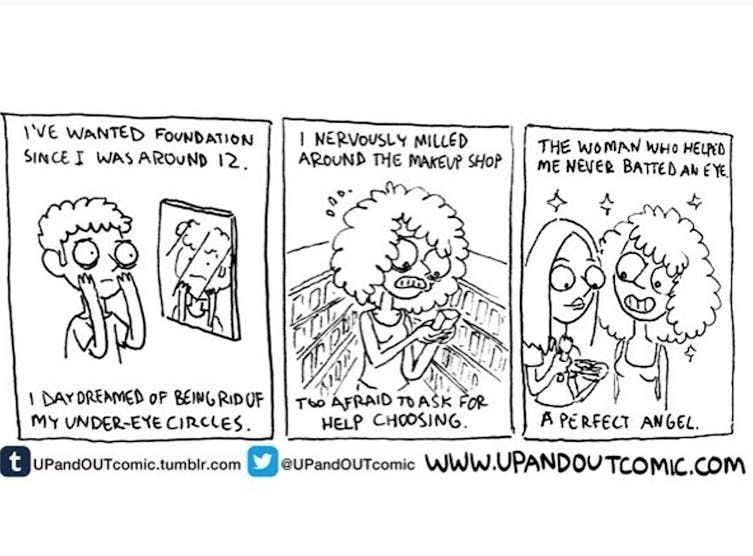 Although she opened up to her family for a few months at that point, it was still a difficult topic to talk about. The transition itself is a slow process, often depressing and confusing, since the hormone treatment doesn’t kick overnight, and things don’t happen as quickly as an individual may want them to. 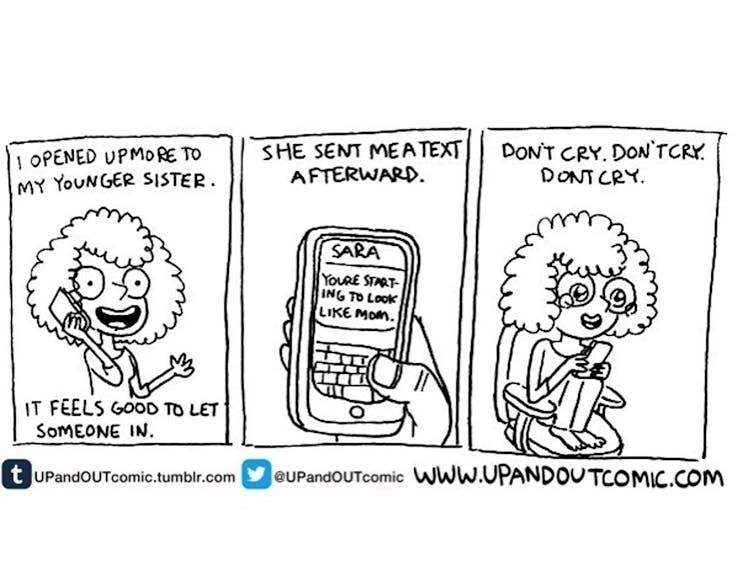 “Being around other women my age was a painful reminder of how far removed I was from where I desperately needed to be. Also, the idea of wearing a woman’s swimsuit made me incredibly uncomfortable early on while still looking like a man.” 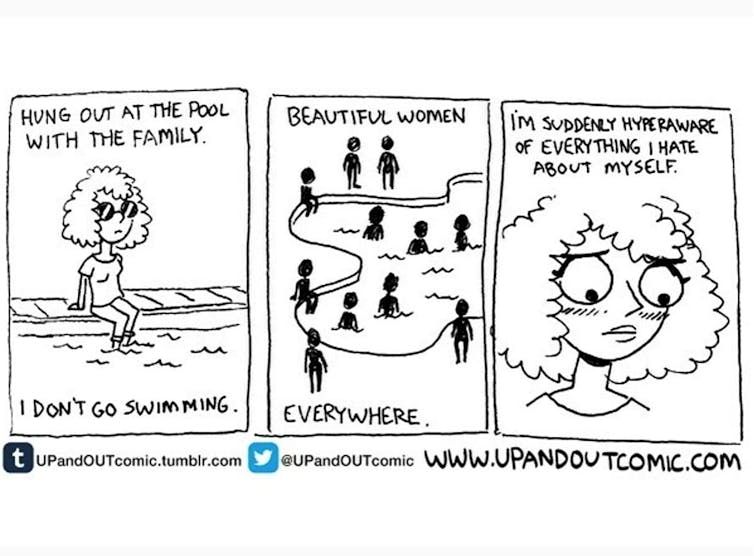 On that moment Julia decided to clear her Facebook page, deleting every memory of who she was and getting ready to accept the new her. She wanted people to do that to, and not compare her to what she used to look like.

Despite her physical appearance, she had to change her emotional and psychological state as well. Getting over the fear of being thought of as a man in the lady’s room was a very big hurdle for her, but she was able to overcome her fears. 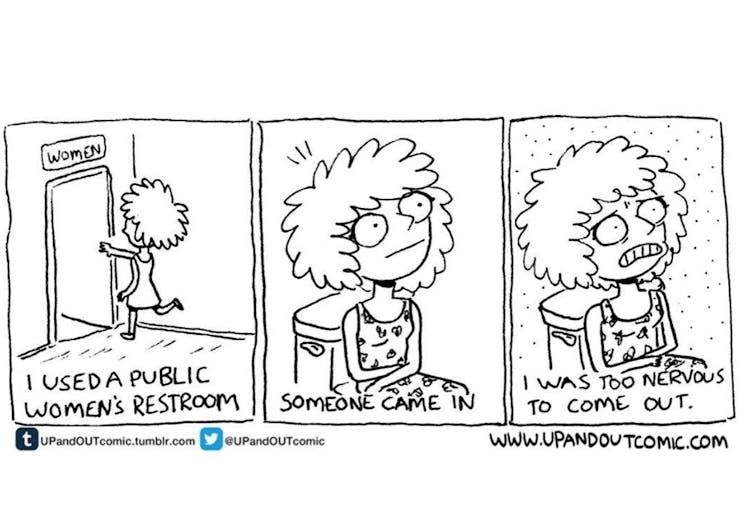 Another weird yet frightful experience was visiting the places you would usually frequent after your transition. Some people were nice to her, but some places she would avoid until she feels safe to go in there. 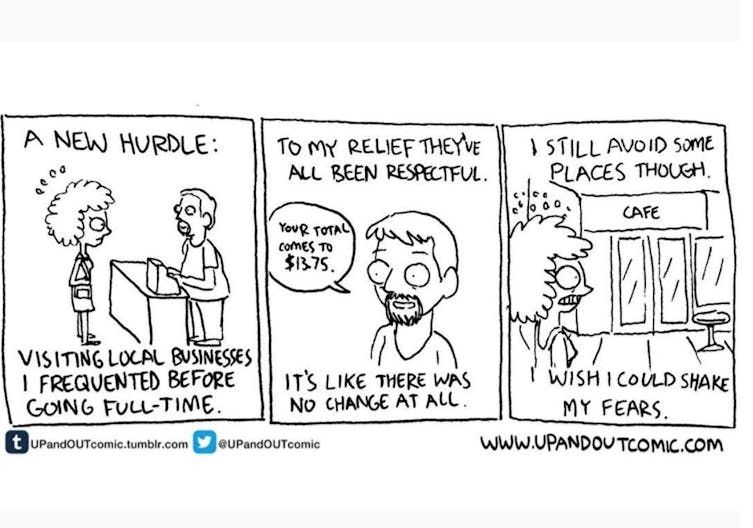 When you open up to your family, it’s good to see that they still will love you no matter what, and accept you, but sharing information should be within the range your comfortable with. If someone doesn’t want to come out in public, the information shouldn’t be shared without permission. 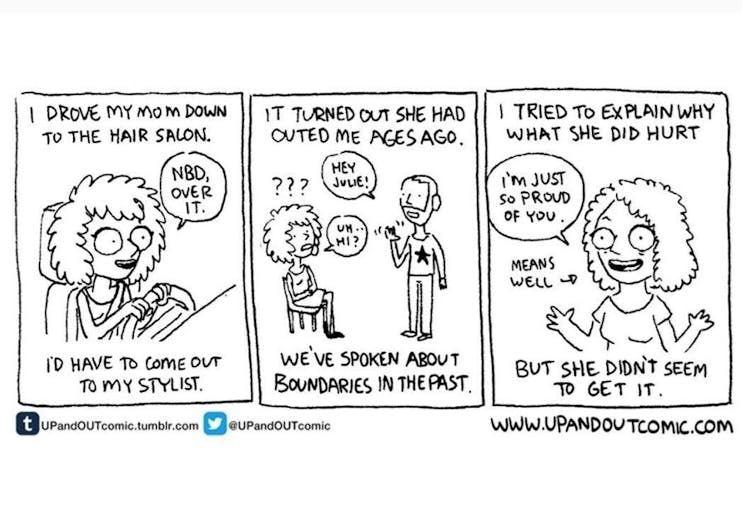 The process may be long, but as you’re getting the appearance you want you have time to talk yourself through it, get past that societal expectation, truly accept yourself for what you’ve become without fearing how others will react to it. Check out below some of her heart-warming comics that will give you the right support you need during these times of transition. 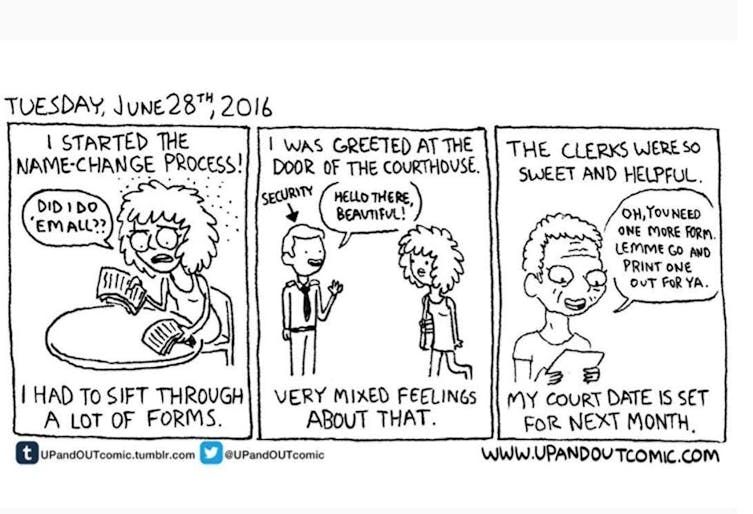 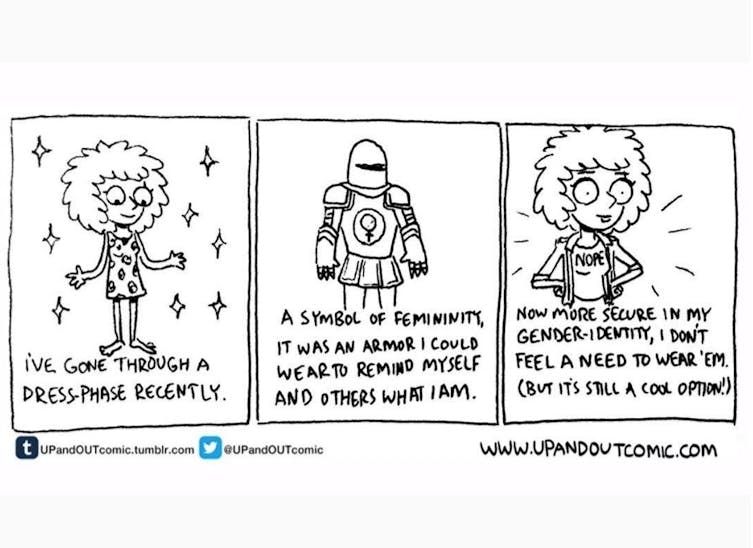 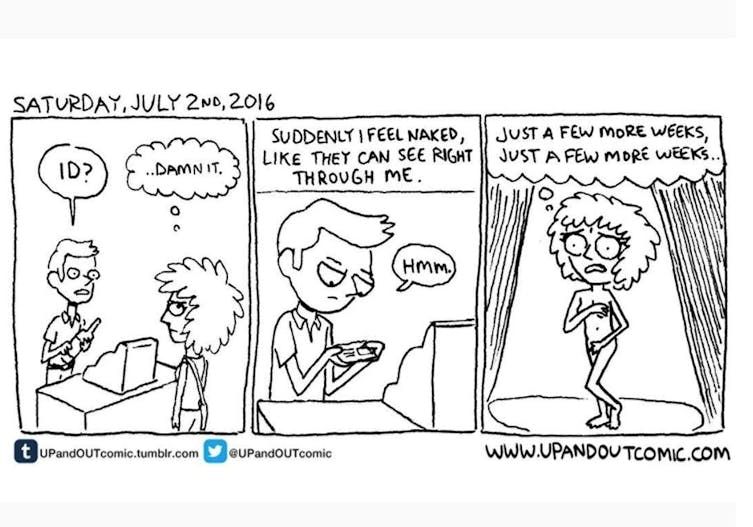 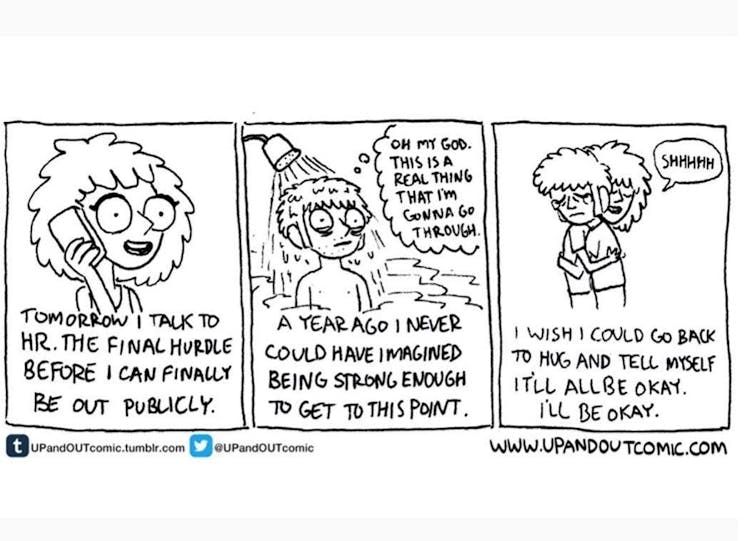 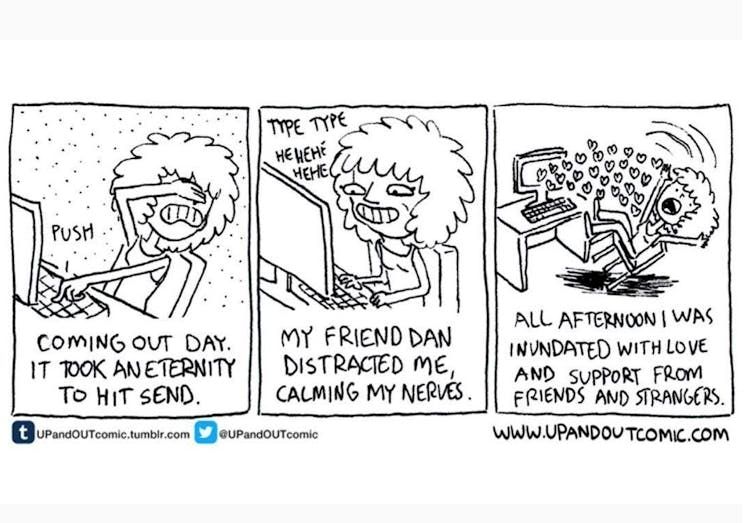 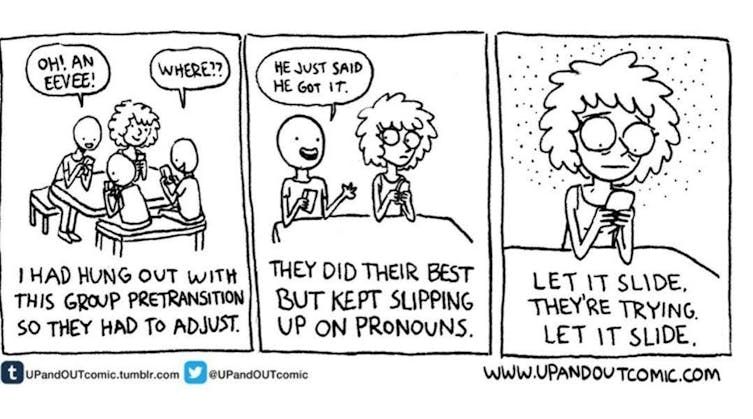 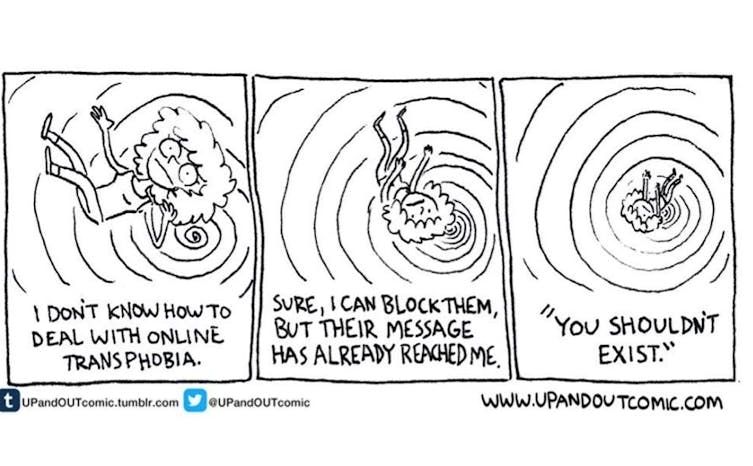 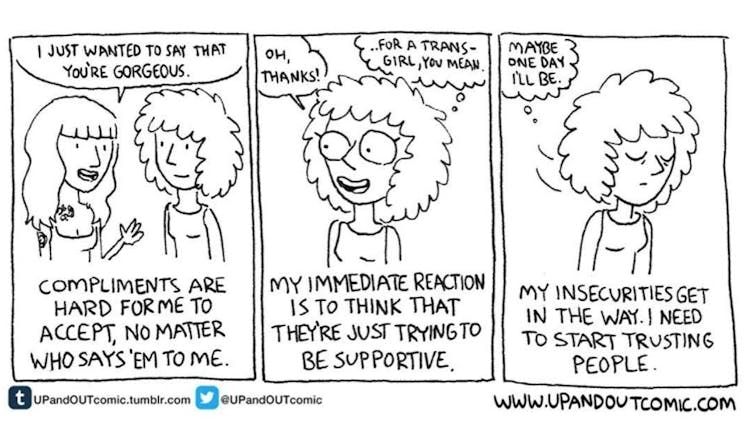 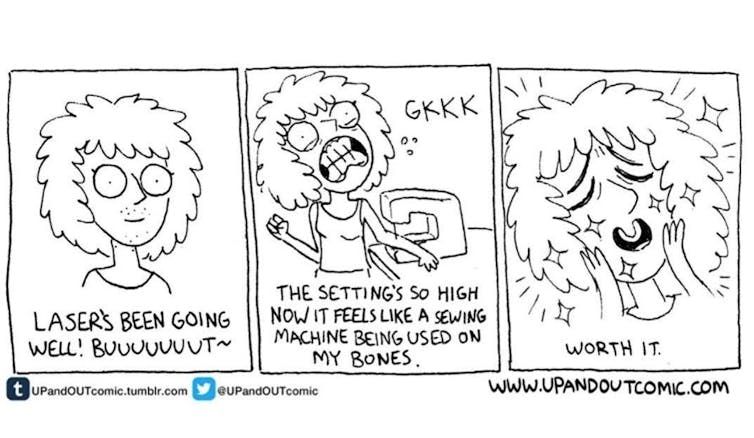 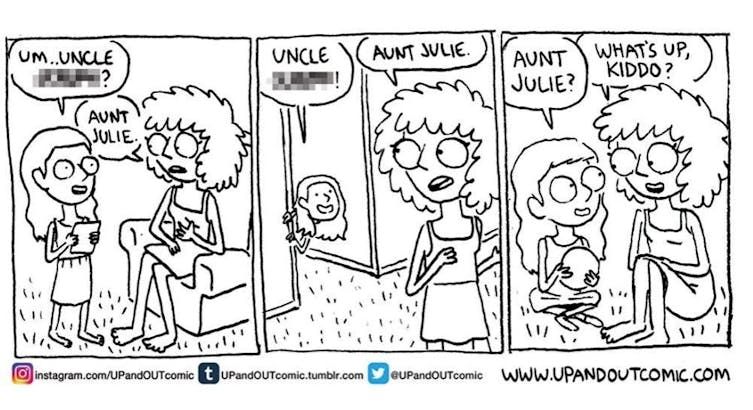