Los Angeles-based artist Katy Ann Gilmore uses math, physics, and simple lines to created mind-bending optical illusions, not Photoshop. She earned her BA in Mathematics, Art, and Spanish from Greenville College in Greenville, IL as well as an MFA in Visual Art from Azusa Pacific University in Azusa, CA. Many of the organic shapes in her art use geometry and brings them together with nature like a topographic map.

Katy Ann Gilmore has a background in both art and mathematics, using that knowledge to craft work that looks at “the relationship between 2D, perpendicular planes and their distortions into 3D space.” Her drawings add illusions and a context to otherwise ordinary and flat spaces.

Check out the amazing Katy’s line art in the gallery below!

Katy Ann Gilmore is a visual artist based in Los Angeles, California 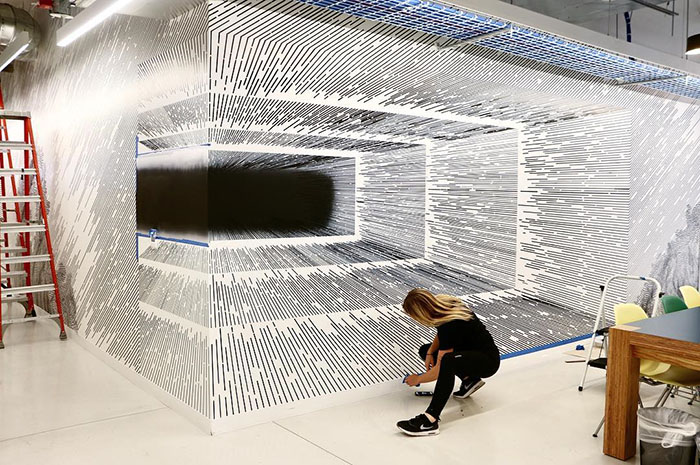 The artist’s interdisciplinary background has led to a unique and highly methodological approach to making art. Her works are often planned or inspired by mathematical formulae, graphs, and equations, resulting in extraordinary shapes and patterns that play with perspective. Gilmore explains, “I’m currently influenced heavily by topography and the relationship between 2D, perpendicular planes, and their distortions into 3D space.” 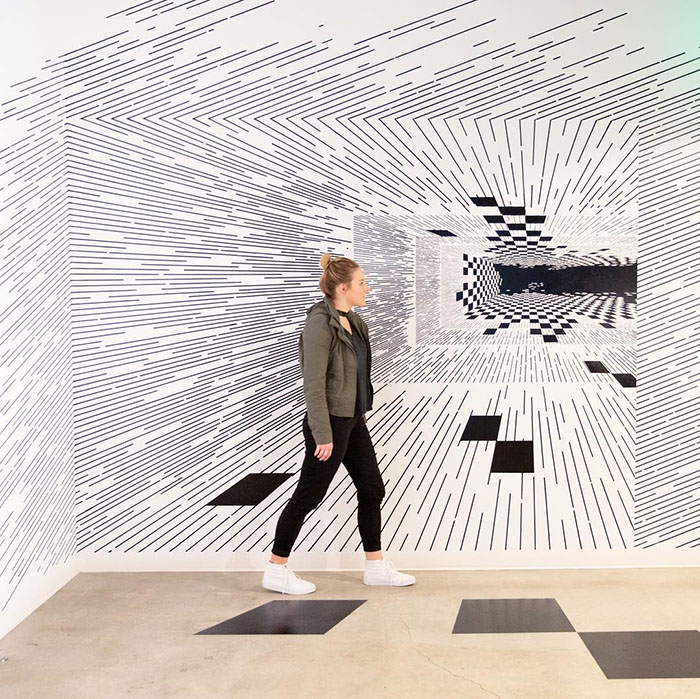 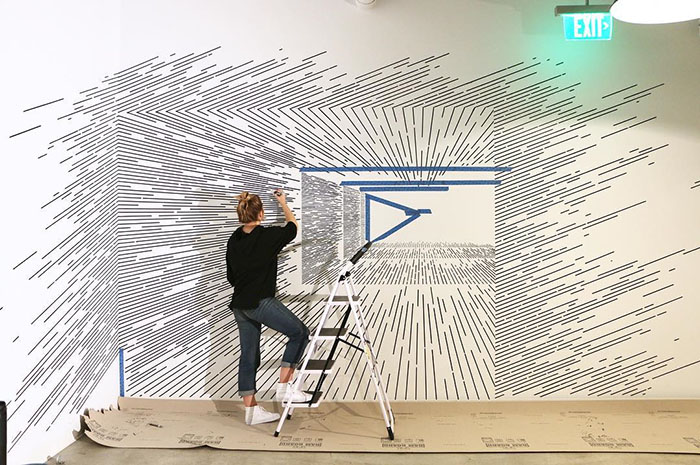 They are highly detailed, rhythmic and symmetrical, much like an elegant equation 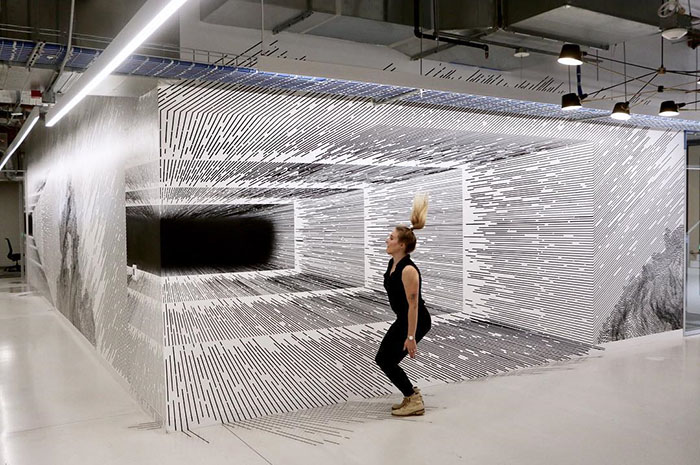 Mainly working in black and white, Gilmore uses a combination of straight and curved lines. Straight lines are cleverly drawn with sharp angles to create the illusion of three-dimensional space, while curved lines are used to display dips and peaks, just like contour lines on a topographic map.

In other words, Gilmore draws tightly-spaced, elongated lines that look like multiple loops of thread, hanging loose from a woven piece of fabric. Other pieces are rendered in hundreds of hand-drawn triangles, resulting in net-like meshes that cover intriguing 3D shapes.

Katy says she is heavily influenced by topography and the relationship between 2D, perpendicular planes and their distortions into 3D space 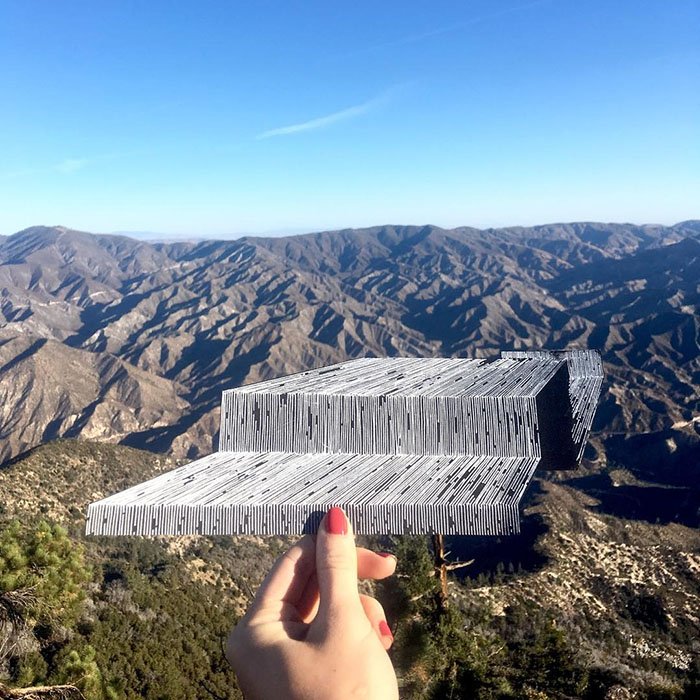 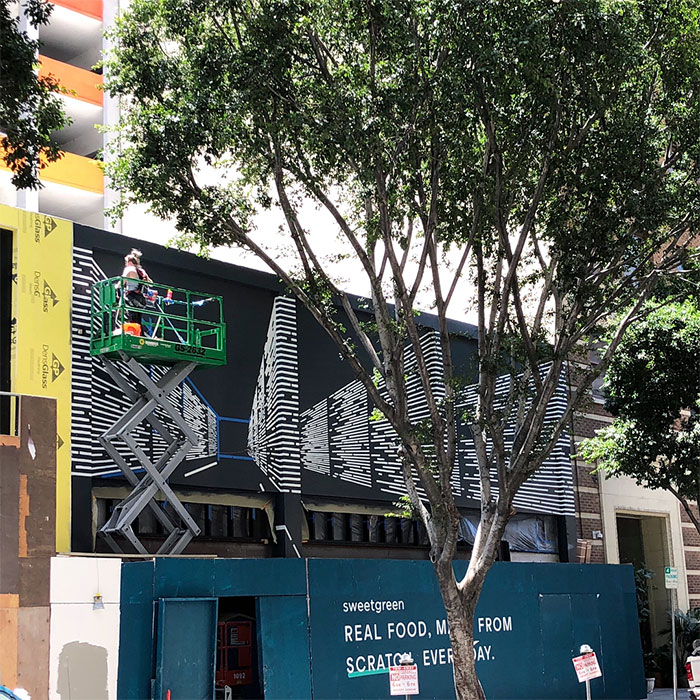 She integrates many of her works into nature 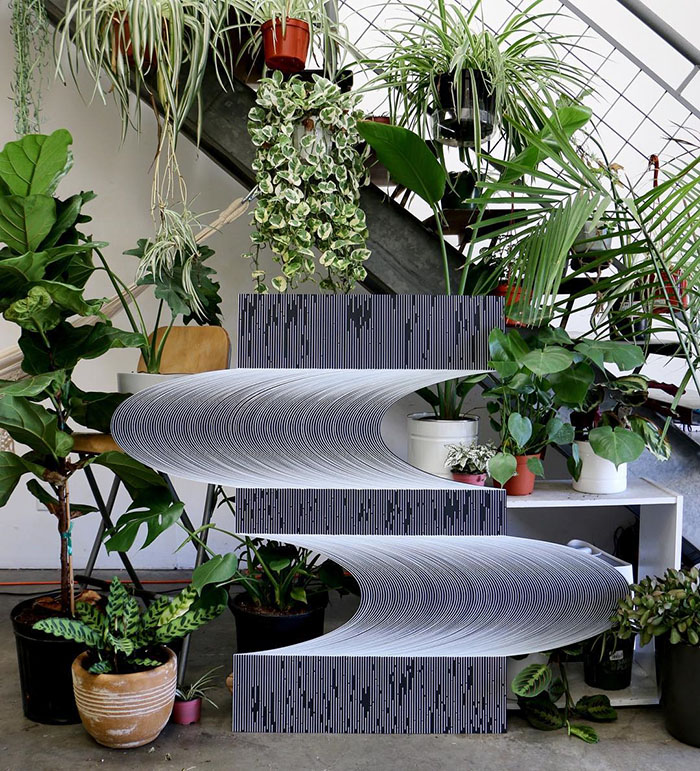 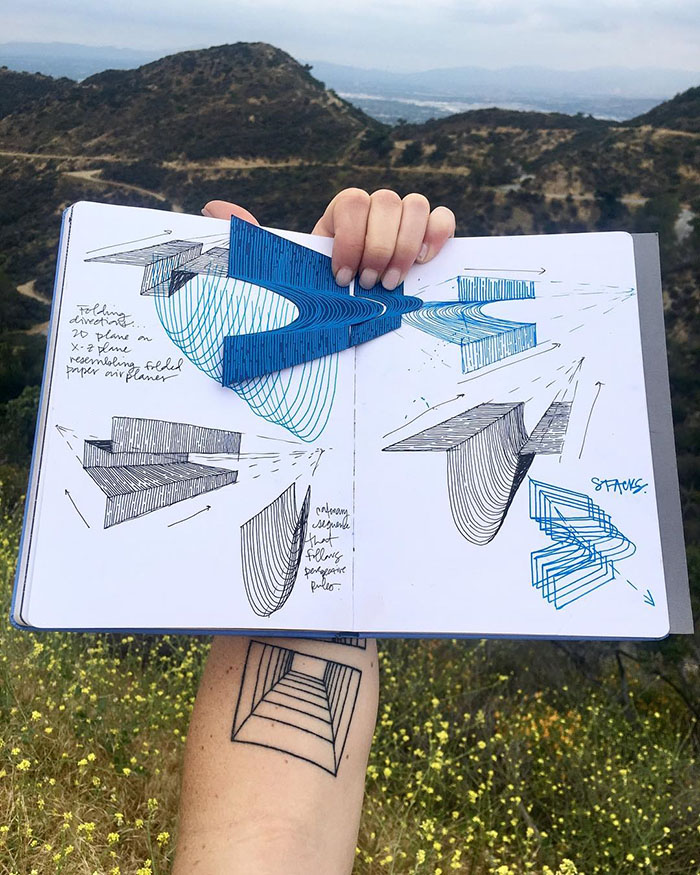 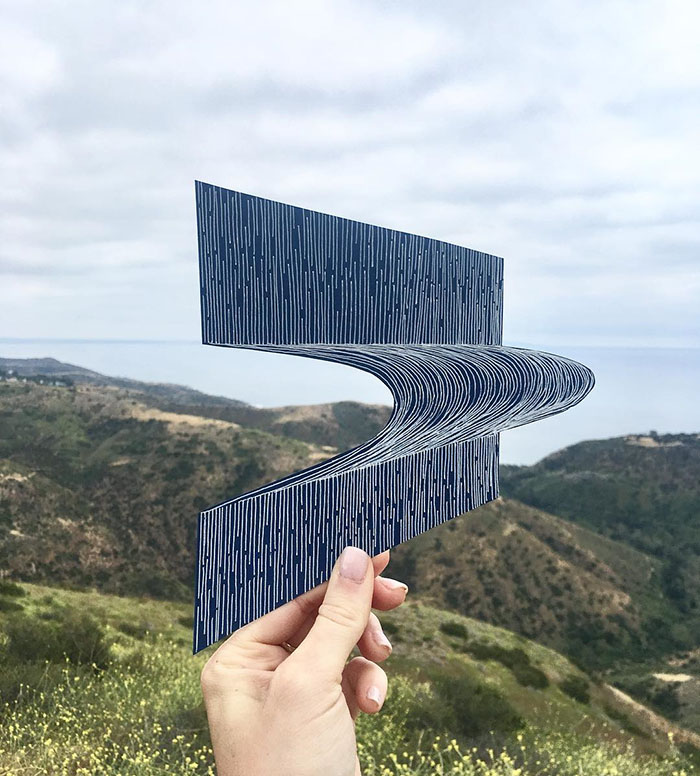 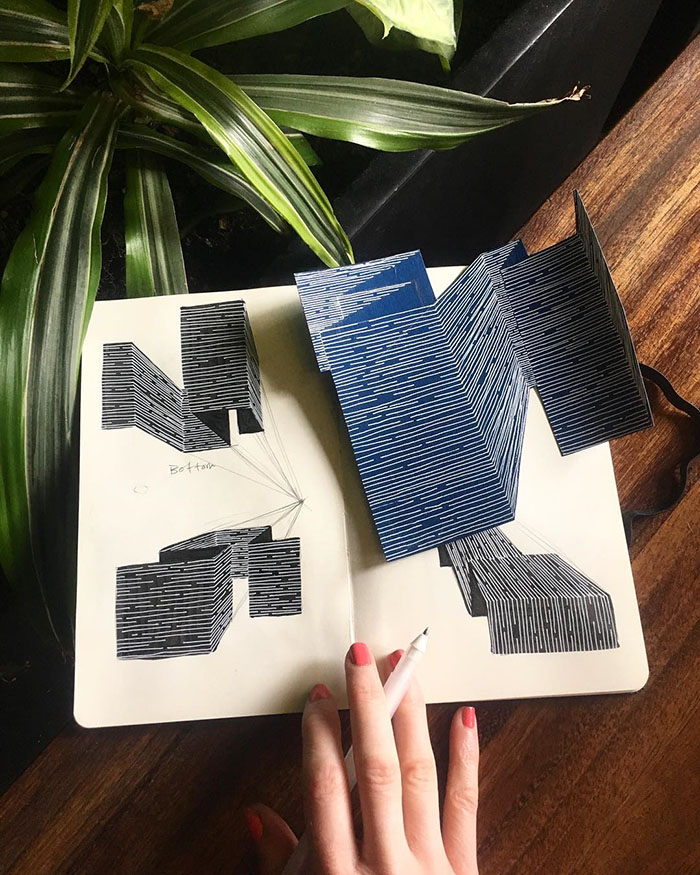 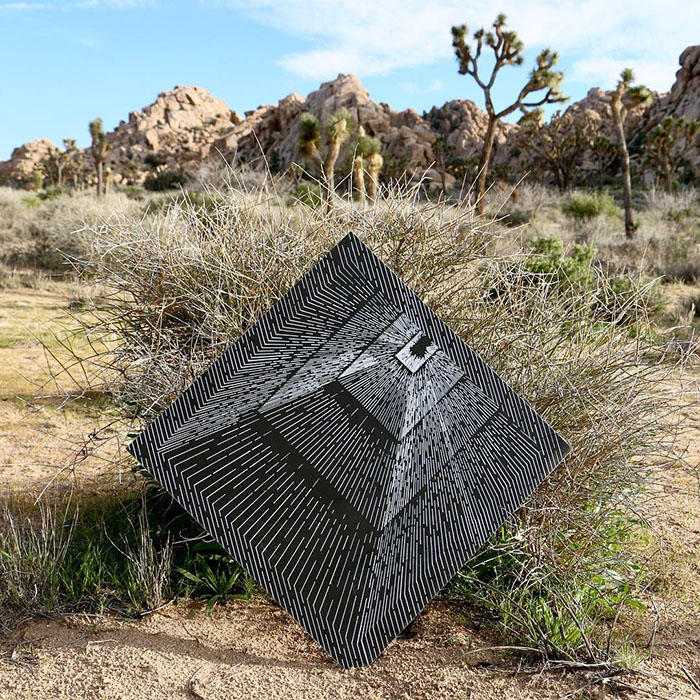 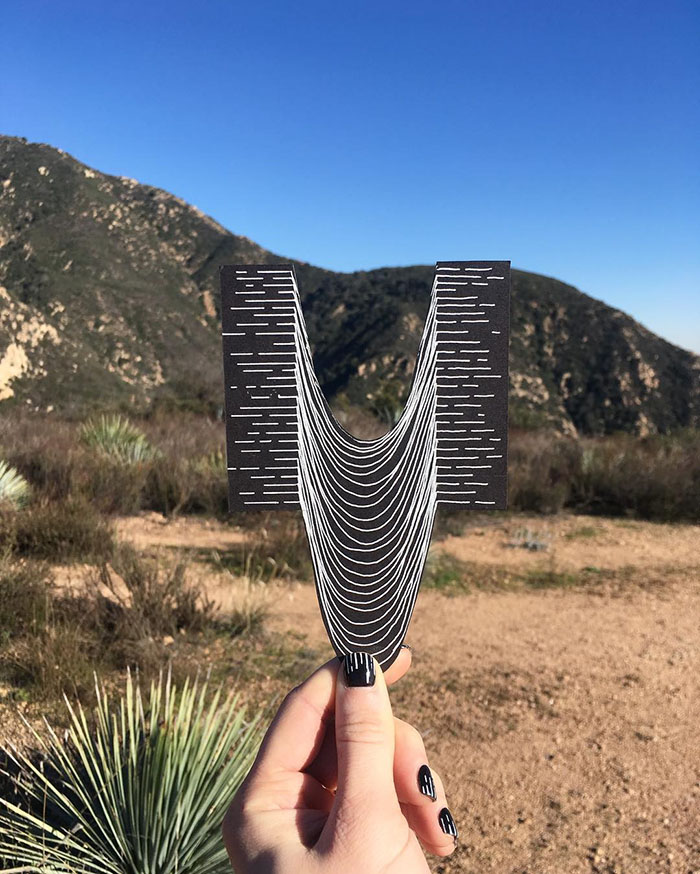 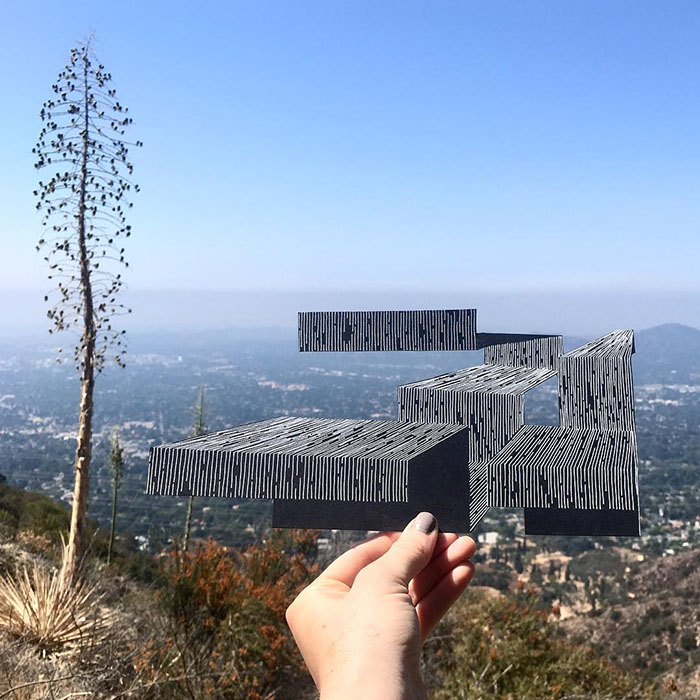 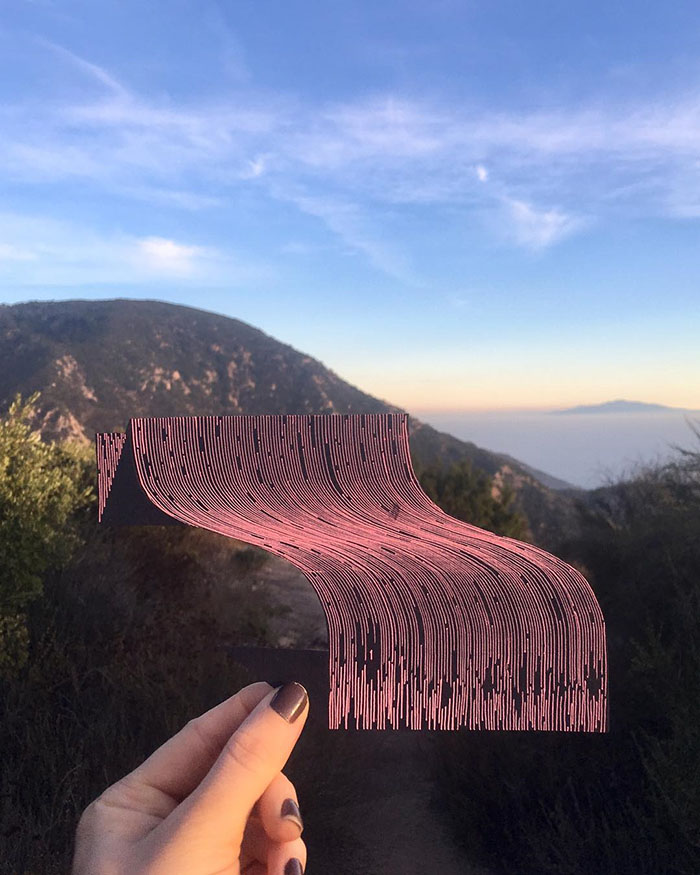 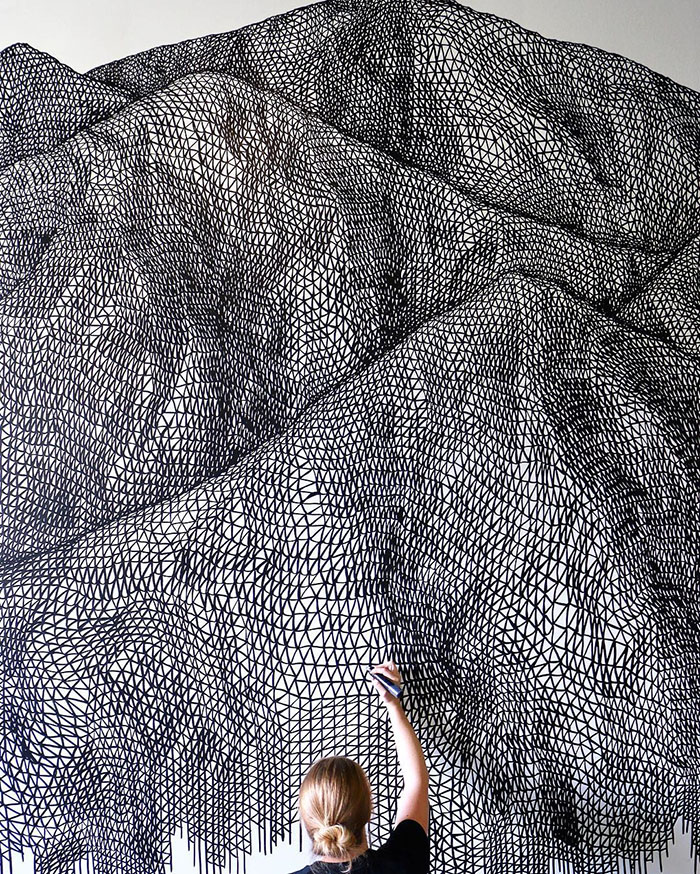 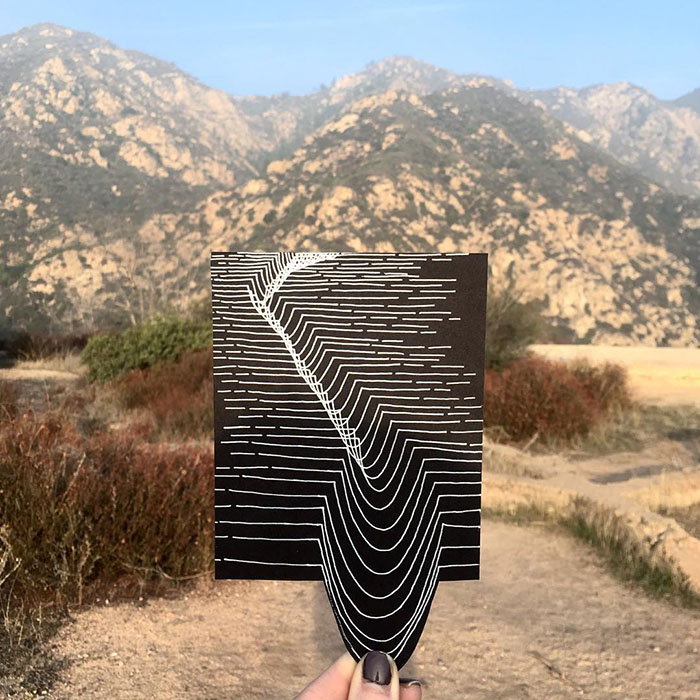 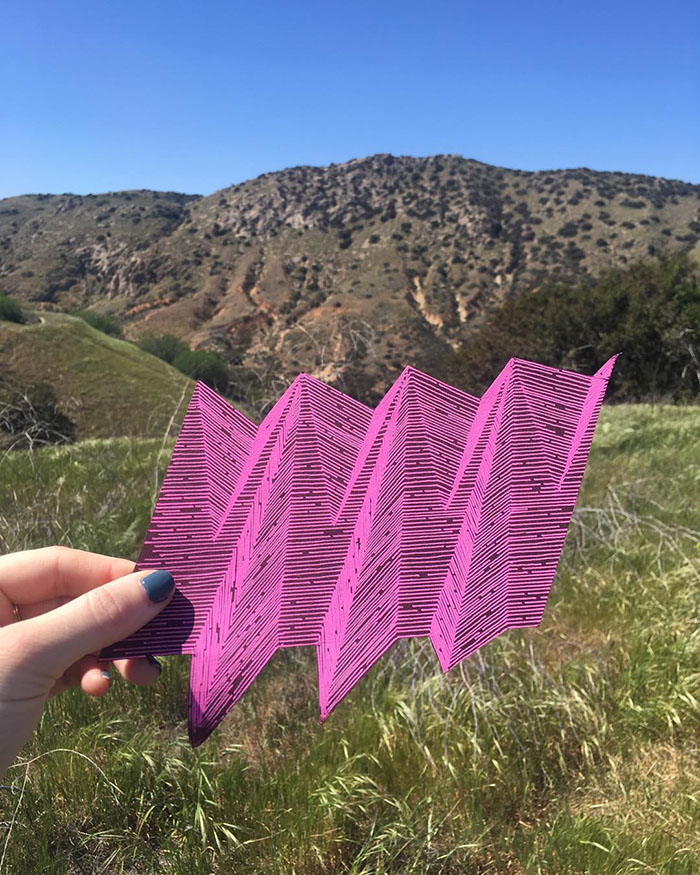 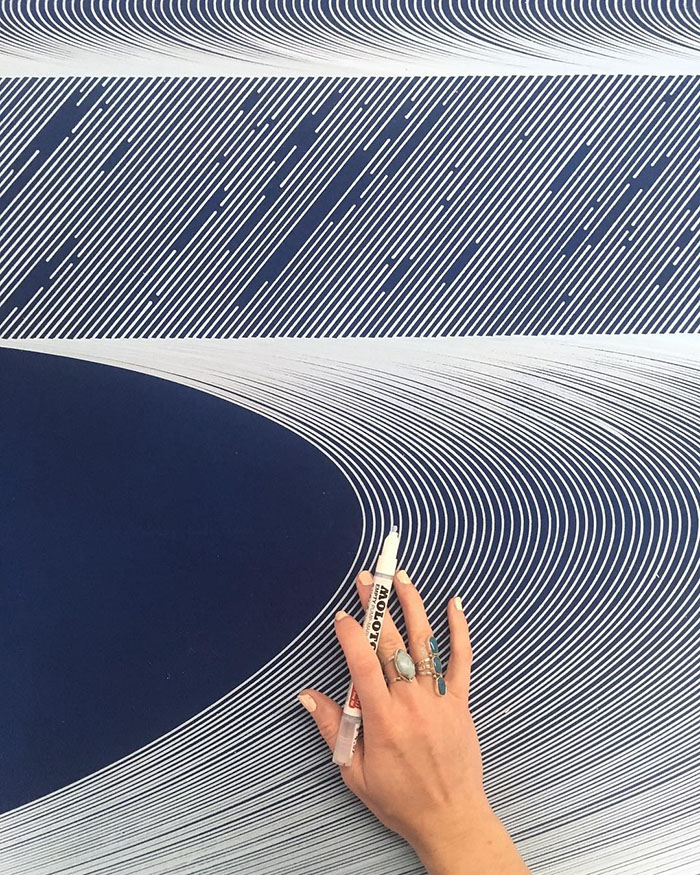 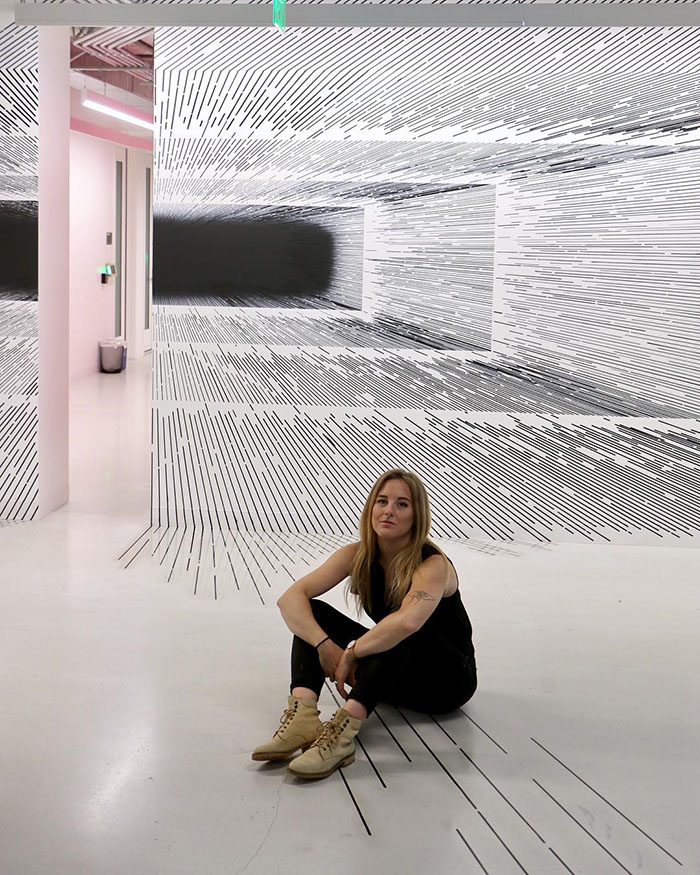 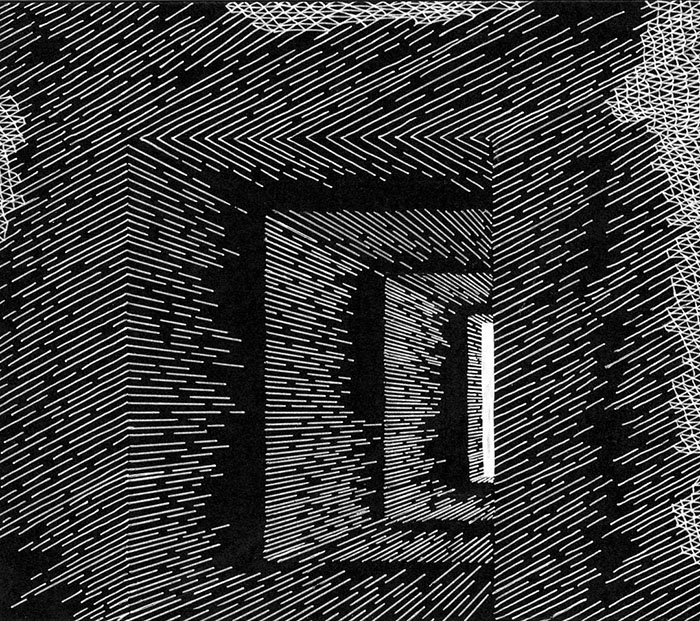 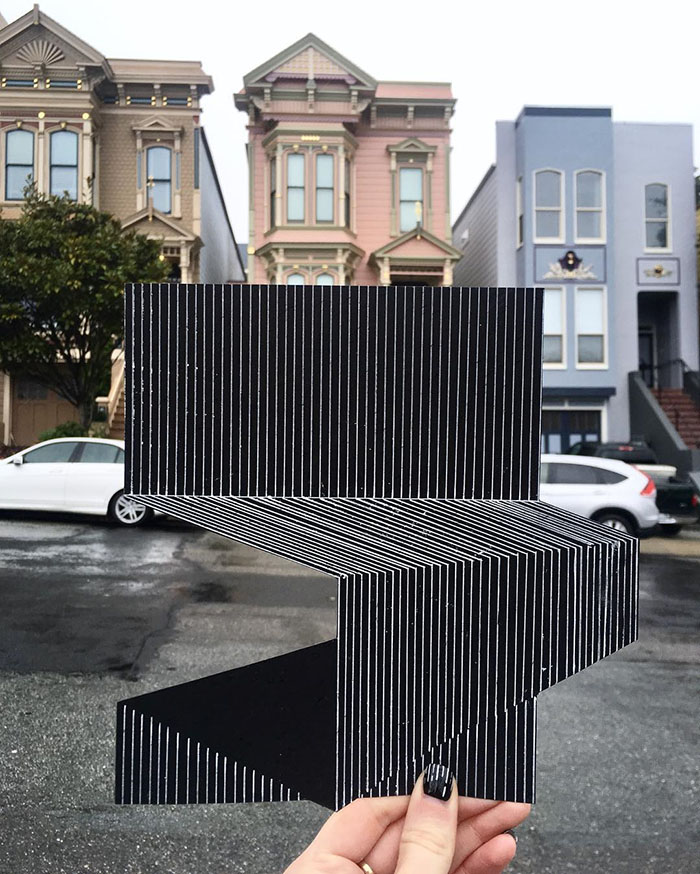 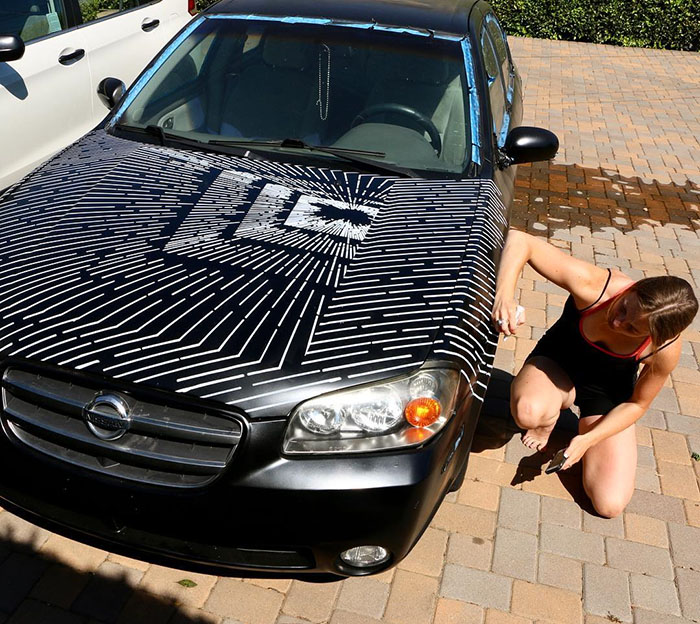