Eduardo Fernandez director of neuro-engineering at the University of Miguel Hernandez has developed an implant that bypasses the retina and goes straight into the brain.

This amazing implant has made it possible for Bernardeta Gómez, a blind woman, to play video games. This might not seem like an impressive feat for a 57-year-old woman, except she has been blind for over a decade.

“Allí,” says Bernardeta Gómez in her native Spanish, pointing to a large black line running across a white sheet of cardboard propped at arm’s length in front of her. “There.” 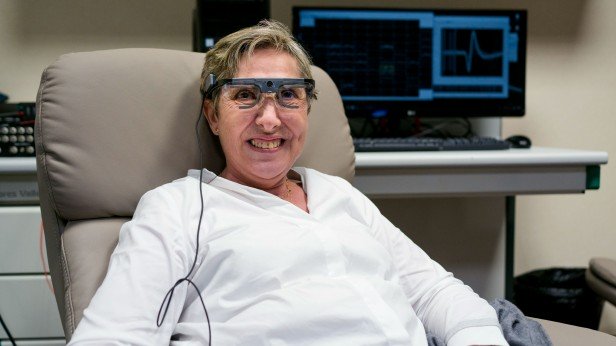 Bernardeta Gómez wearing the glasses with the cameras. Unfortunately, she no longer has the brain implant, which is still a temporary device. – RUSS JUSKALIAN

When Bernardeta was 42, toxic optic neuropathy destroyed the bundles of nerves that connect her eyes to the brain, leaving her in total darkness. She’s unable even to detect light.

But after 16 years of darkness, Gómez was given a six-month window of light during which she could see a very low-resolution semblance of the world represented by glowing white-yellow dots and shapes. This was possible thanks to a modified pair of glasses, blacked out and fitted with a tiny camera. The contraption is hooked up to a computer that processes a live video feed, turning it into electronic signals. A cable suspended from the ceiling links the system to a port embedded in the back of Gómez’s skull that is wired to a 100-electrode implant in the visual cortex in the rear of her brain. 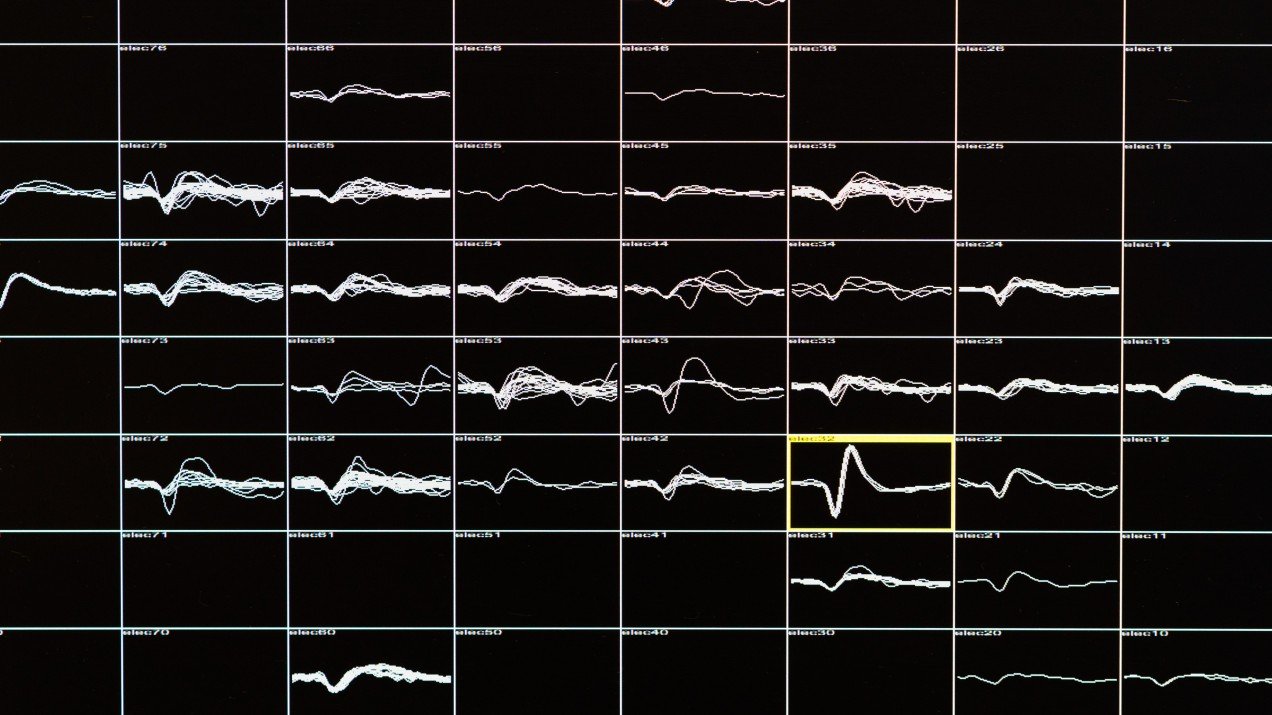 These are the electrical signals from Bernardeta Gómez’s brain. Each box represents one of the electrodes, and the squiggly lines within each box show the signals from her neurons firing. – RUSS JUSKALIAN

Using this, Gómez identified ceiling lights, letters, basic shapes printed on paper, and people. She even played a simple Pac-Man–like computer game piped directly into her brain. Four days a week for the duration of the experiment, Gómez was led to a lab by her sighted husband and hooked into the system. 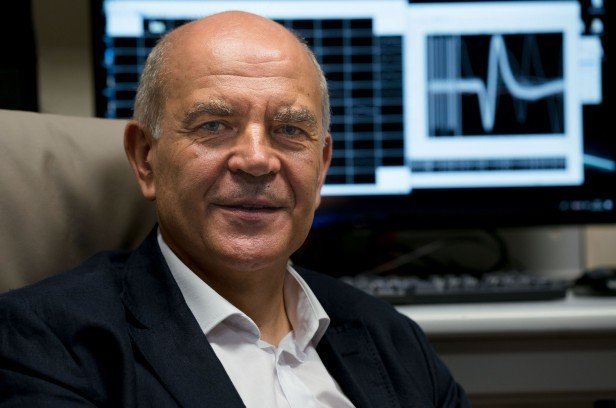 This technology is new, and Gómez was the first one to test it. Gómez’s first moment of sight, at the end of 2018, was the culmination of decades of research by Eduardo Fernandez, director of neuro-engineering at the University of Miguel Hernandez, in Elche, Spain. His goal with this implant is to return sight to as many as possible of the 36 million blind people worldwide who wish to see again. Fernandez’s approach is particularly exciting because it bypasses the eye and optical nerves, which differs from previous approaches, which consisted of creating an artificial eye or retina.

Although those approaches worked, the real problem of the majority of blind people was that their blindness was caused by the damage to the nerve system connecting the retina to the back of the brain. And that’s why Eduardo’s technology is a better approach. 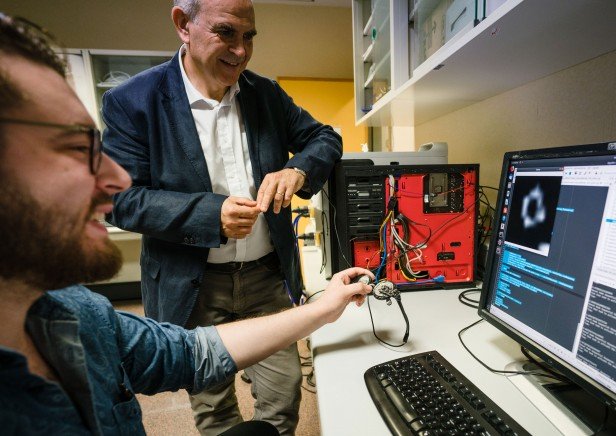 Fernandez and his grad student with a prototype camera hooked up to the computer. – RUSS JUSKALIAN

Achieving this goal might seem far-fetched, but the underlying principles behind Fernandez’s approach have been used in human-electronic implants for years.

“Right now,” Fernandez said to MIT Technology Review, “we have many electric devices interacting with the human body. One of them is the pacemaker. And in the sensory system, we have the cochlear implant.”

Now, Fernandez hopes to test the system in more people. “Berna was our first patient, but over the next couple of years we will install implants in five more blind people,” he said. “We had done similar experiments in animals, but a cat or a monkey can’t explain what it’s seeing.”

The technology does come with complications. Surgery is required to install the system, which is always risky, and then one to remove it as it hasn’t been approved for longer use. Still, for the vast majority of the visually impaired, the risks are worth the outcome.