For almost a decade, Belgian street artist ROA has been leaving his mark around the world with his black and white mural paintings of animals. Located in different areas, and buildings , his murals have gathered a significant publicity making him one of the most remarkable street artist in the world.

Now, there’s finally a book to document some of his best artwork. As the first book to present an overview of his work, the book called CODEX looks at how ROA’s art has spread internationally. Divided into four chapters, the book explores different parts of the world where ROA has worked and it shows his unique way of integrating art in public spaces.

In first sight, one may say ROA’s art includes just simple paintings of animals, but there’s more than what meets they eye.

In his work, he shows his love for local fauna, and he uses his artistic skills to let these animals dialogue with the surrounding environment. 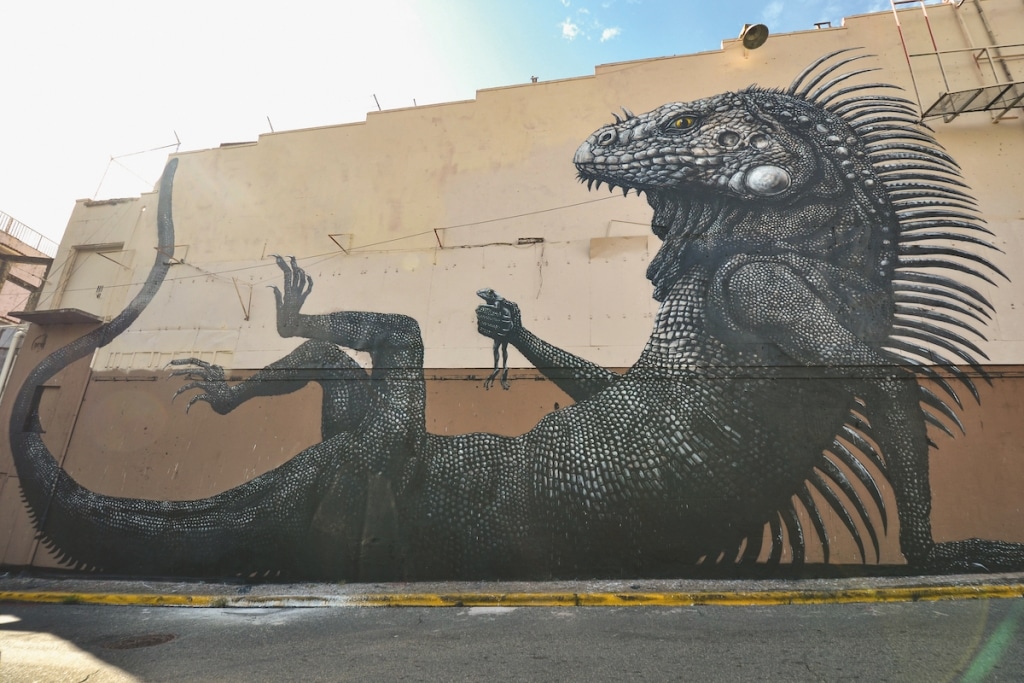 Each piece of art it’s perfectly integrated and connected with the environment.

He uses architecture to paint, play and fit creatures into, always treating it like a space for a deeper investigation beyond what we see with our first sight. 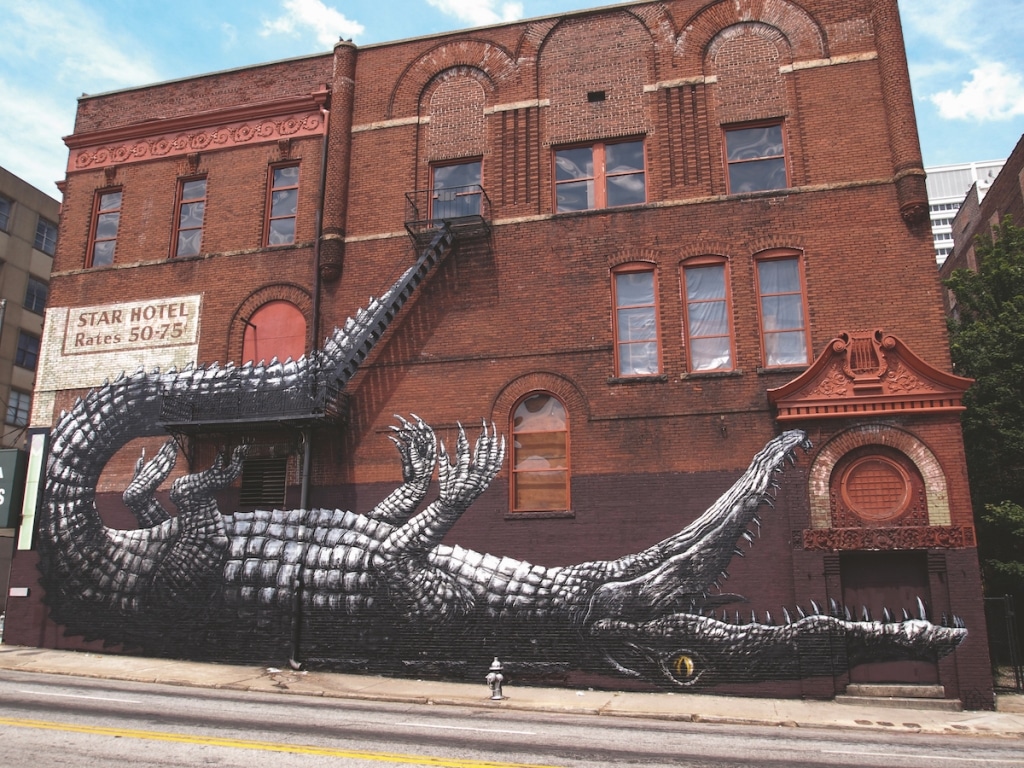 The animals are matched to their location, with rats in New York City and elephants in Bangkok. There are dark and funny messages, the beauty of both life and death, universal metaphors, inside jokes, and occasional violence, but always in ways that honor the animals and the spaces where they are painted. 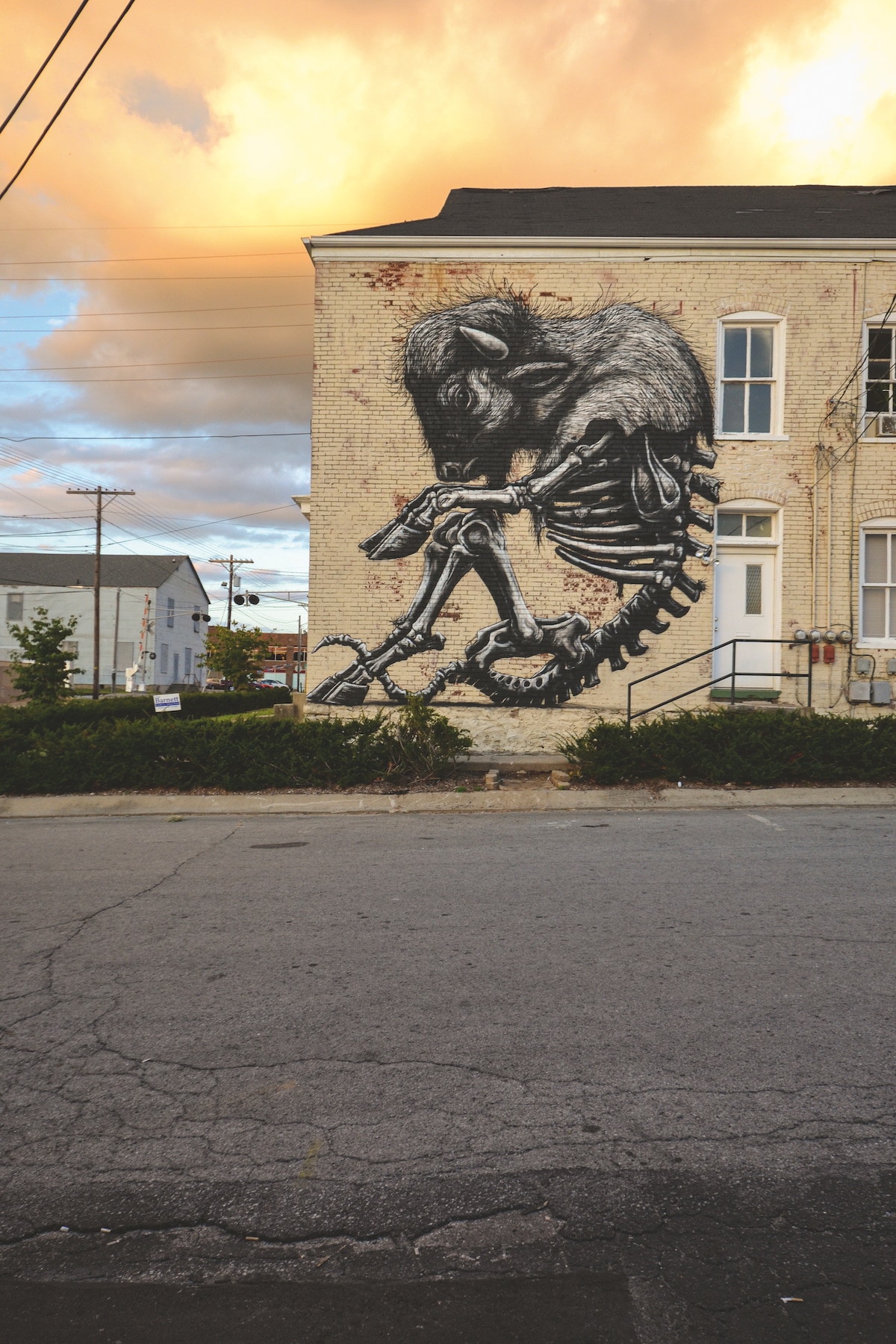 While flipping the pages of this book, we see the yearning need of the artist to create.

Even thought nowadays, street art it’s considered mainstream, ROA always tries to connect his art with life without compromising his quality of his beliefs.

“Exploration of nature, more specifically of the animal world, can lead to increased empathy. It teaches you something substantial about how one should live a good life.” says the artist. 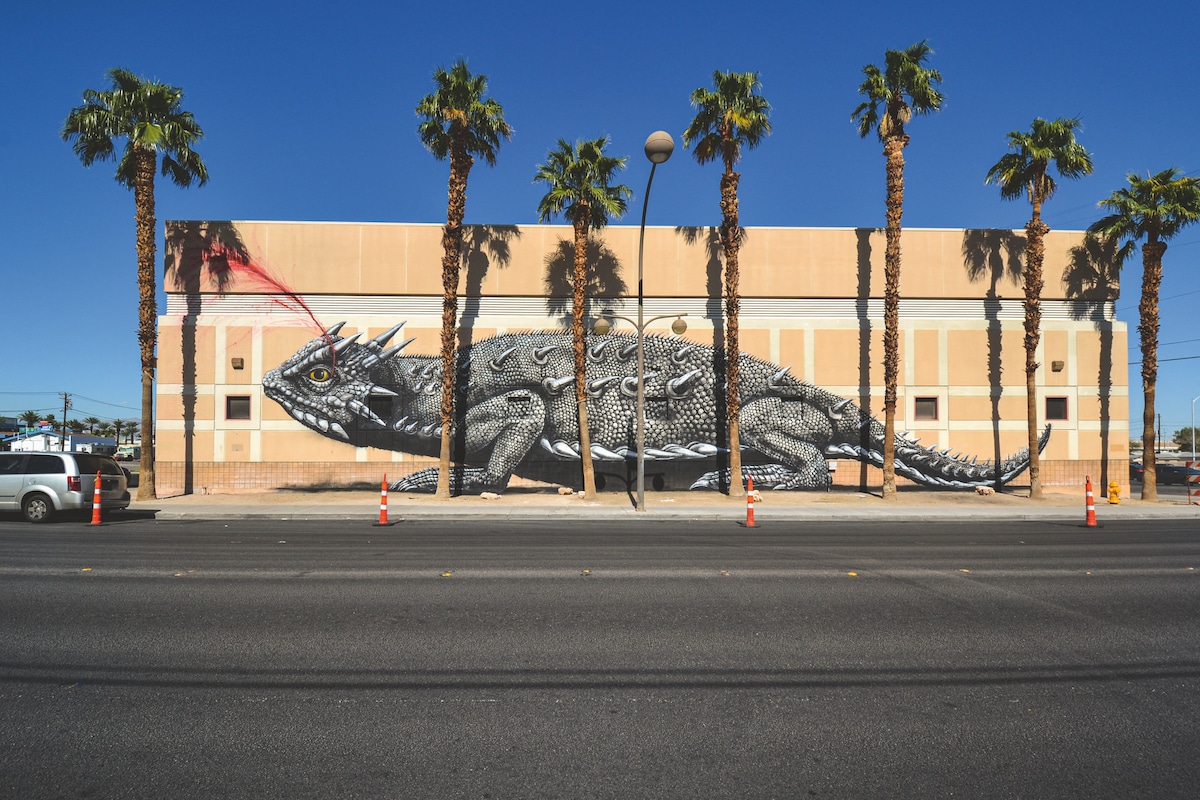 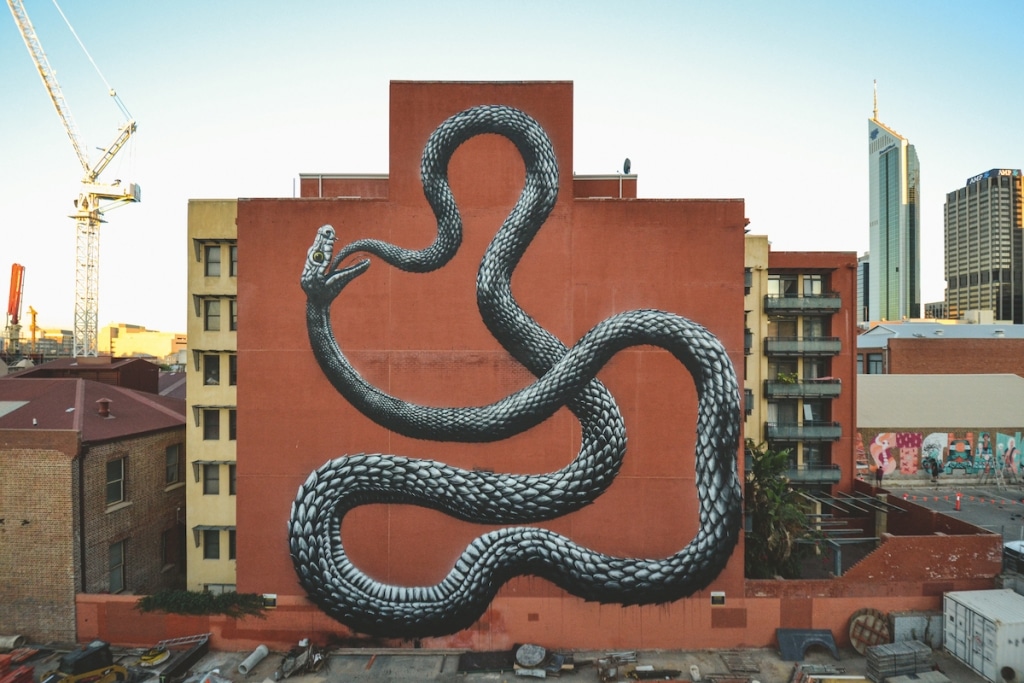 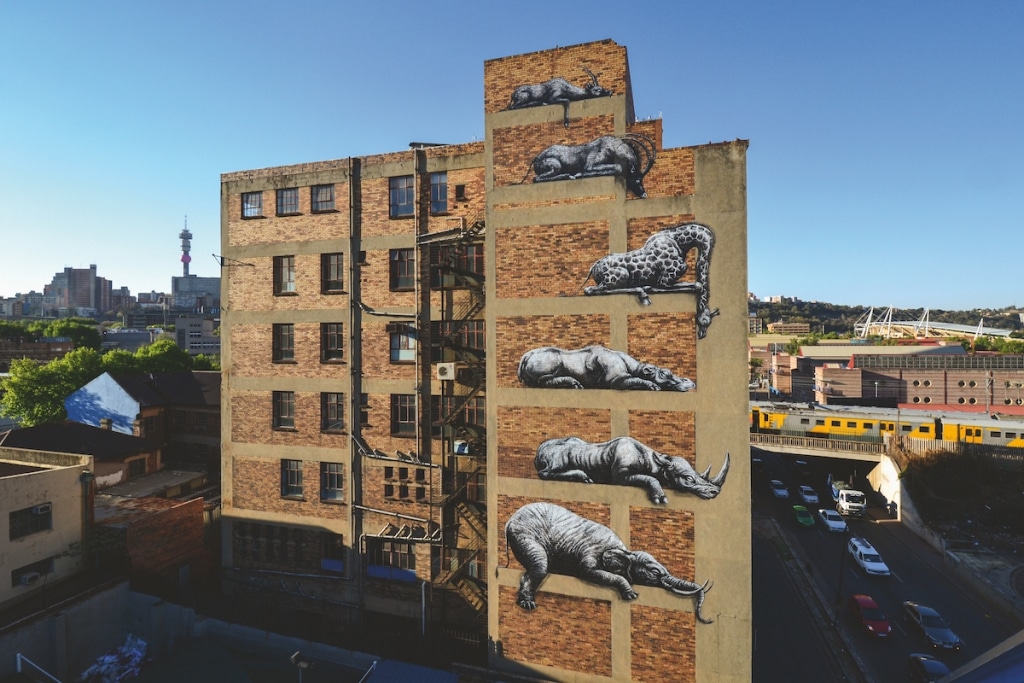 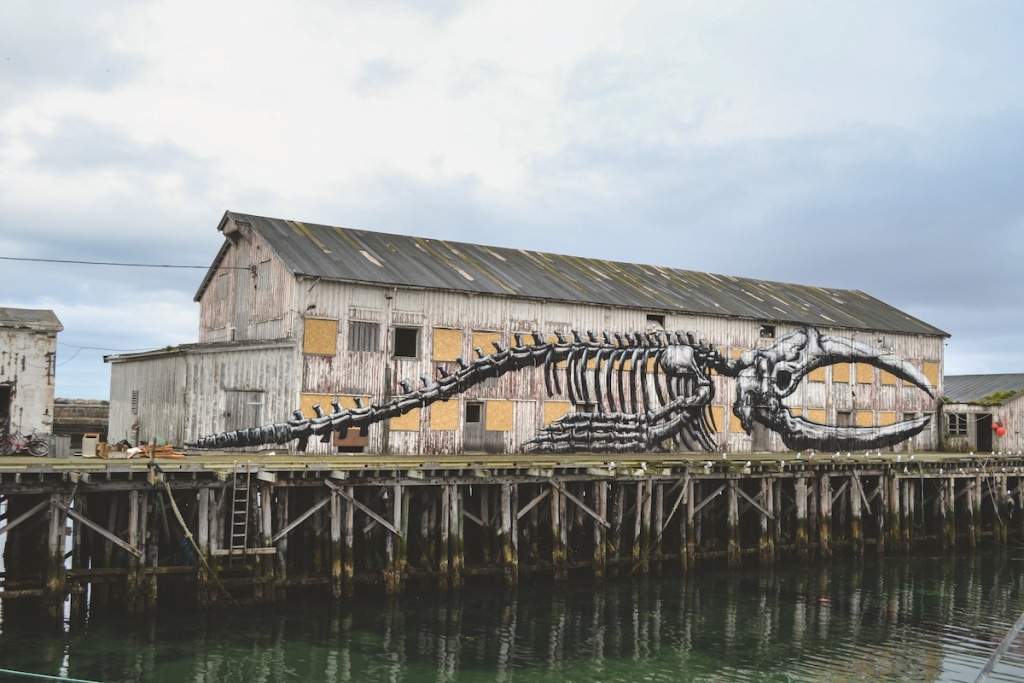 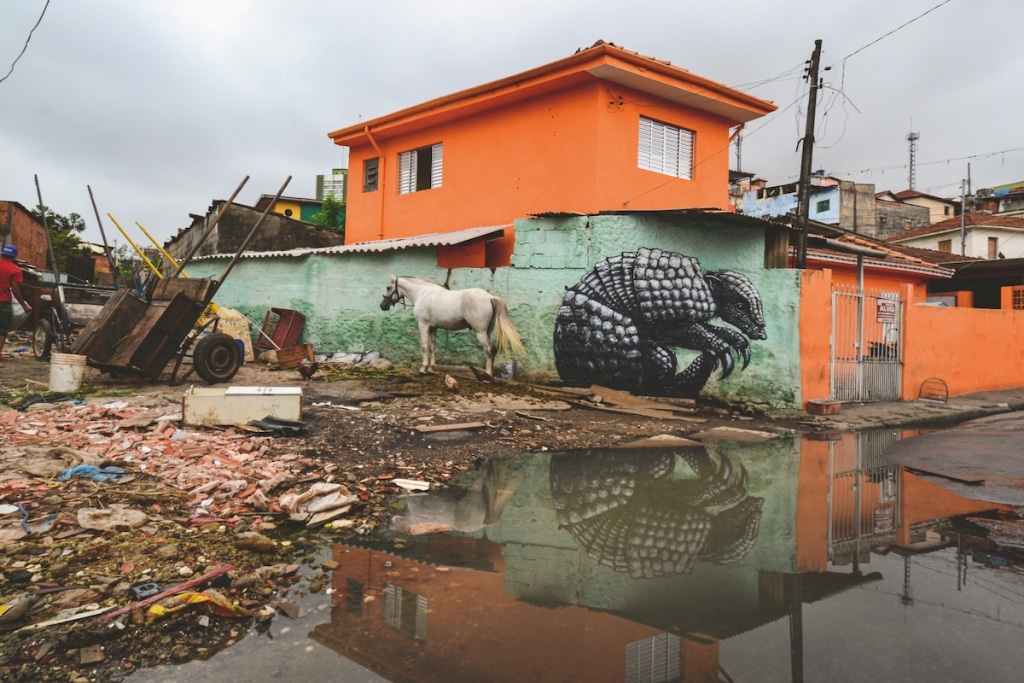 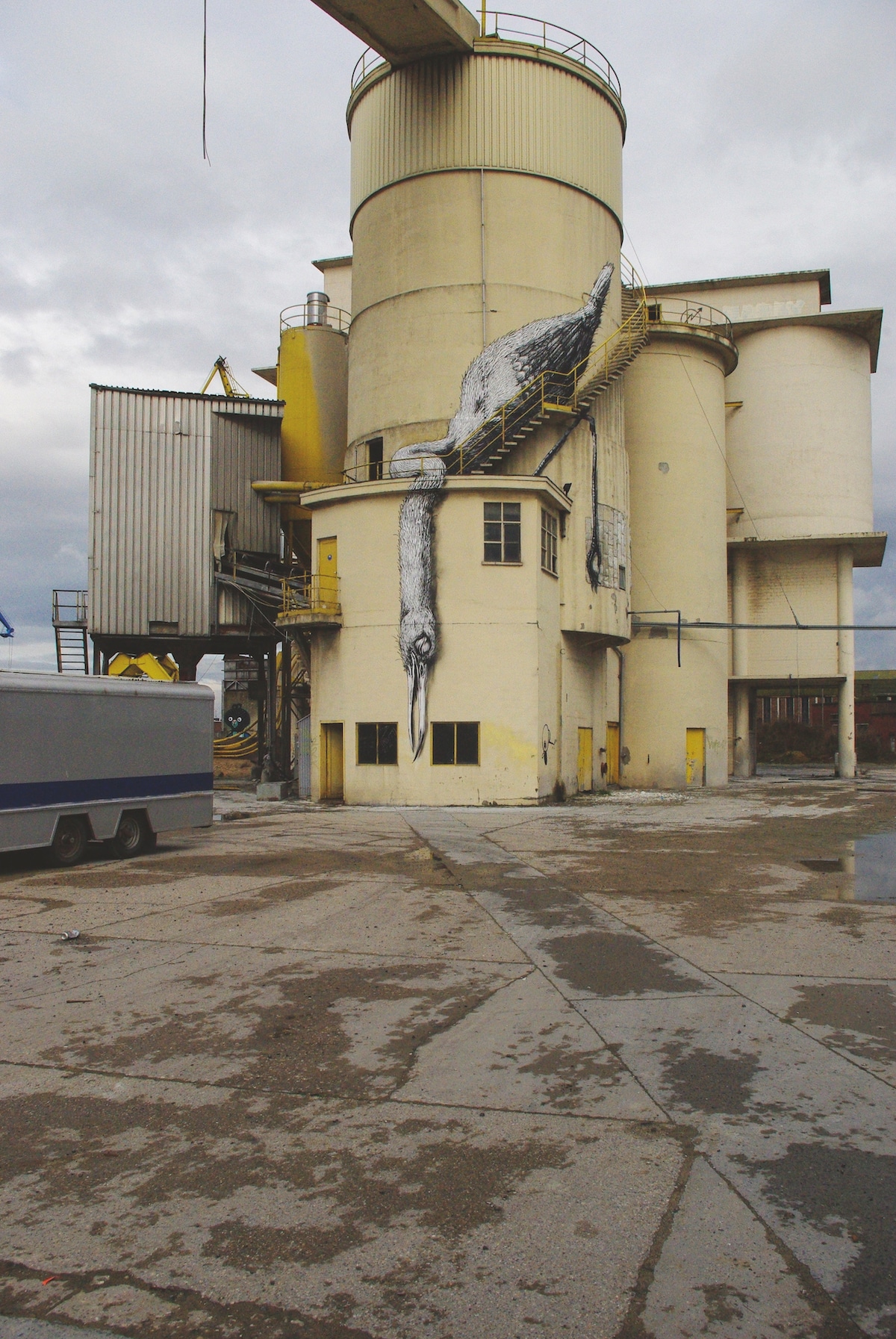 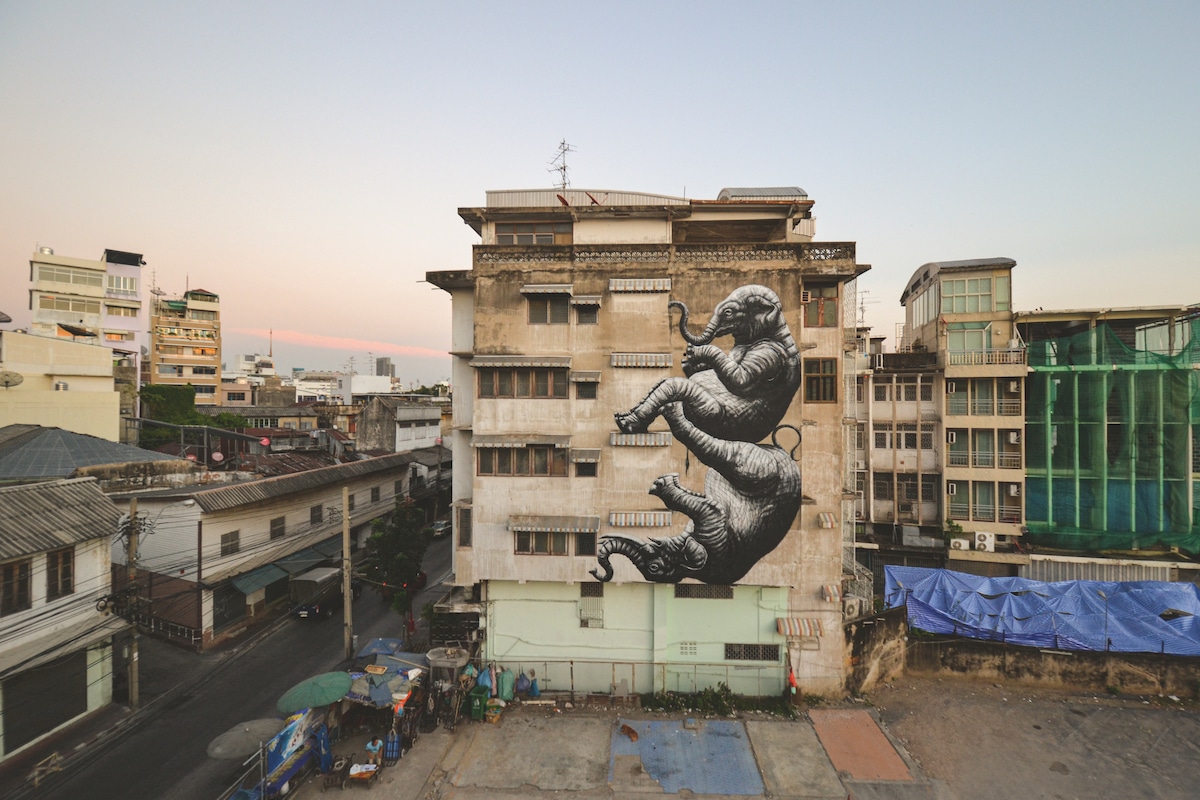 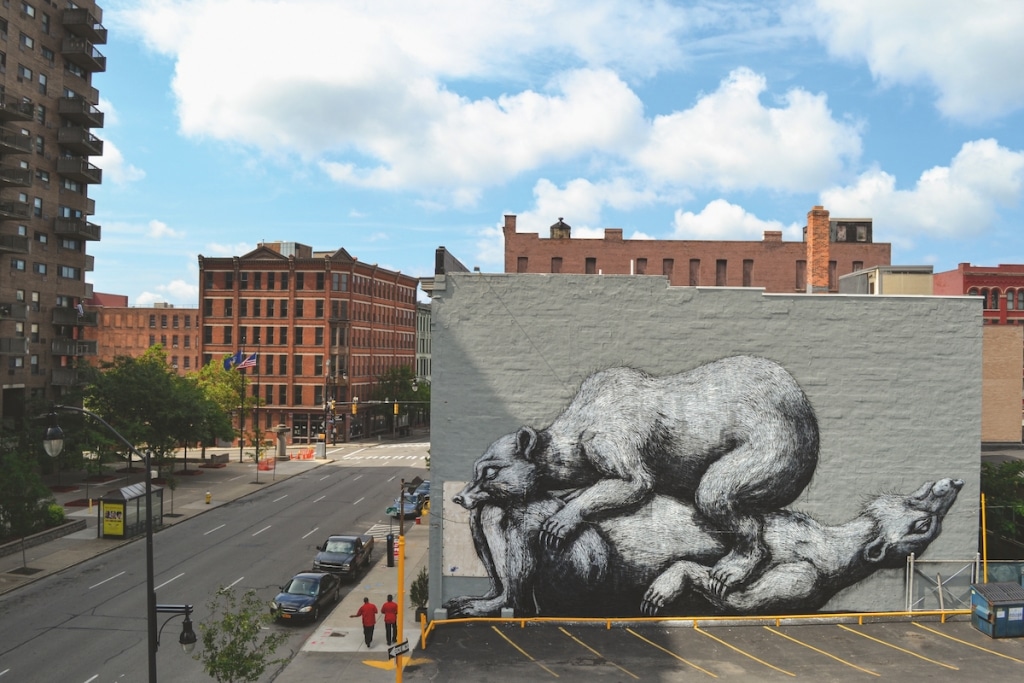 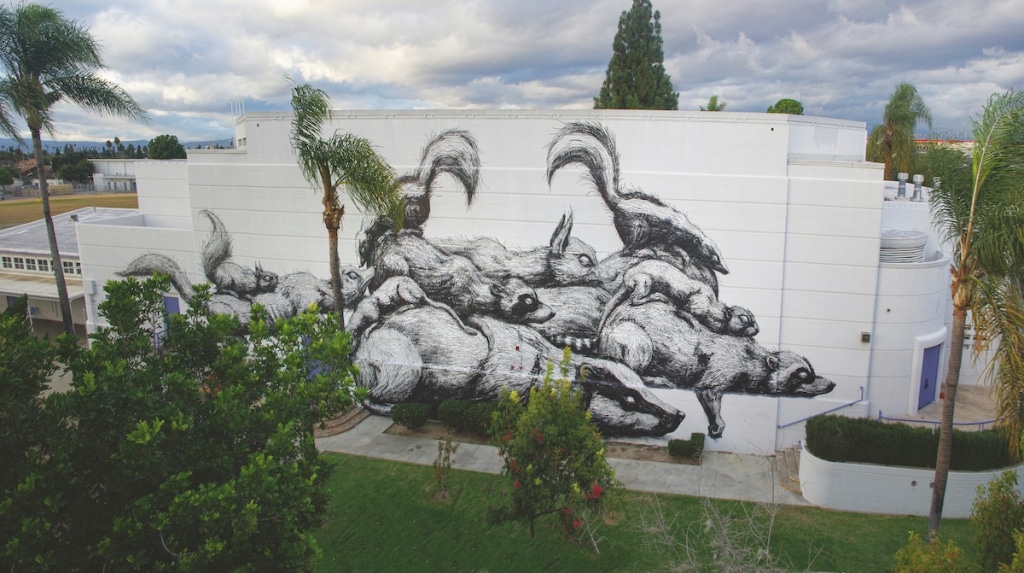