Becca Saladini is a full-time graphic designer. She started her journey of creating these images of reimagined historical figures as a hobby a little over a year ago.

“Ever since I was a child, I have been fascinated by history and archaeology. I think humans perceive the past as a series of events; something like a movie that we can’t really feel or touch. I believe the things that bring us closer to the past are those that truly humanize us – the bodies from Pompeii, the perfectly preserved Inca mummies, the personal objects of those long gone, and more.” – she said.

Not only she says this, but she actually does this. Becca has created some very vivid images derived from famous paintings and figures and adjusted them to our days – how they would look like in the 21st century. 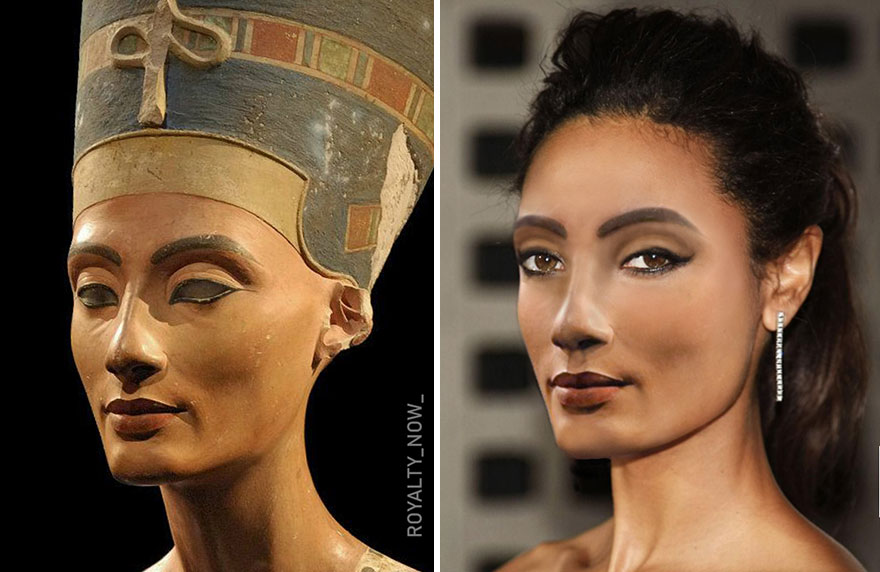 Becca Saladin – “This bust of Nefertiti (believed to have been sculpted during her lifetime) is famous for its grace and beauty. Nefertiti lived from approximately 1370 – 1330 BC. She was an Egyptian queen and the wife of Akhenaten, an Egyptian Pharaoh. Akhenaten is famous for his attempt to transition Egypt into a monotheistic society (worshipping only the sun god, Aten), instead of a polytheistic one.” 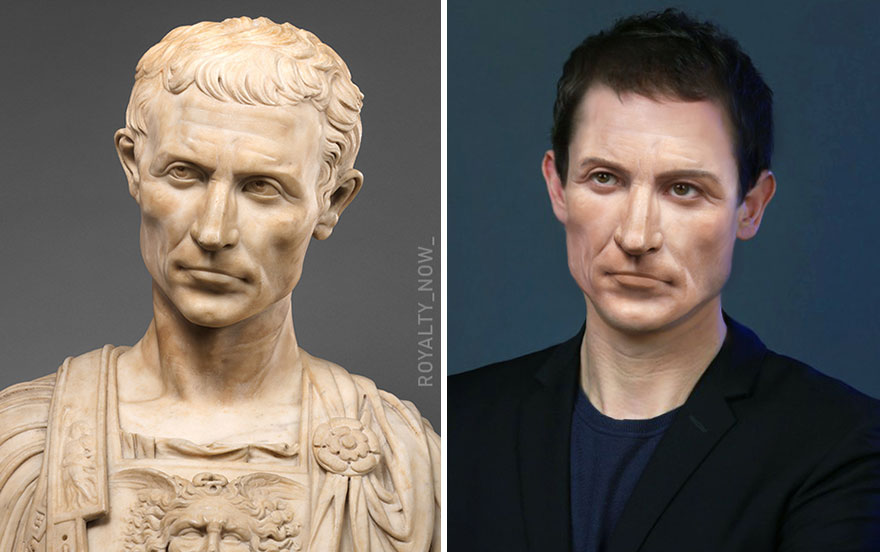 “As a child, I would always be sketching and painting. My mom would do art and science projects with me, and both of my parents would read a lot to me, which sparked my interest in history as well. The first book my dad read to me about history was a fictionalized young adult version of the Anne Boleyn story. I became obsessed with Tudor history after that. I also loved Pompeii, ancient Egyptian mummies, and anything else that helped me feel close to the people of the past. I think that is why I enjoy making the recreations so much.”

“The idea for this specific style of art that I do now began when I was looking at a portrait of Anne Boleyn, thinking about how she might look today since she doesn’t look very lifelike in the portraits we have of her. I saw someone else on Reddit try something similar with Tudor wives and I’d seen the recreations of Roman statues. I’ve always loved Photoshop and what a powerful tool it is, so I decided to try and recreate some of my own and then just kept going.” 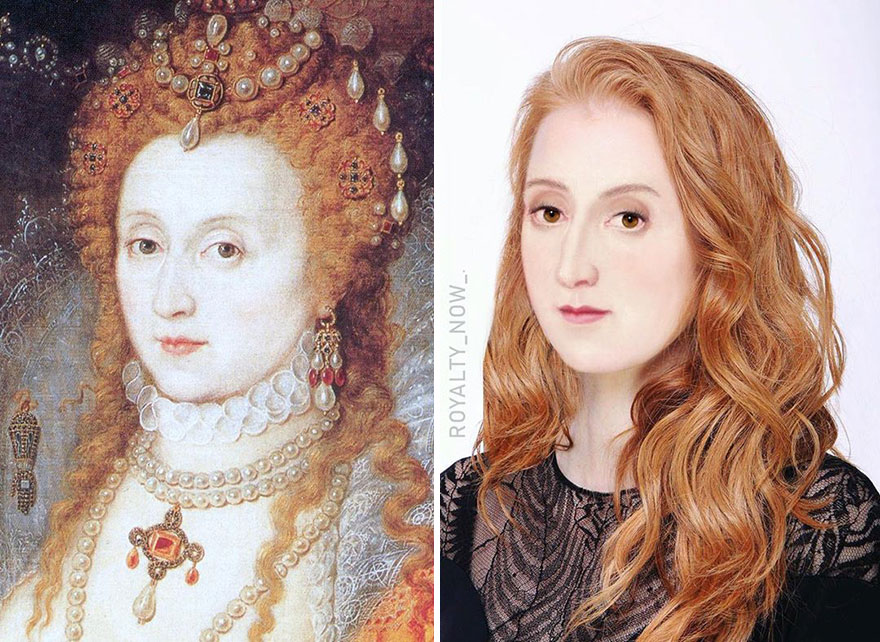 “I’ve always thought how incredible it would be to see historical events and people the way they actually happened and the way they actually looked. I started Royalty Now in February of 2019, simply as a way for me to see my favorite historical figure, Anne Boleyn, as a modern woman. I wanted to know if she could come to life from the few pale, flat portraits we have of her. I started the account to satisfy my own curiosity about what members of the past would look like if they were standing right in front of me. I’m incredibly thankful for the support and interest the account has received, and can’t wait to see what happens next.” – continued Becca. 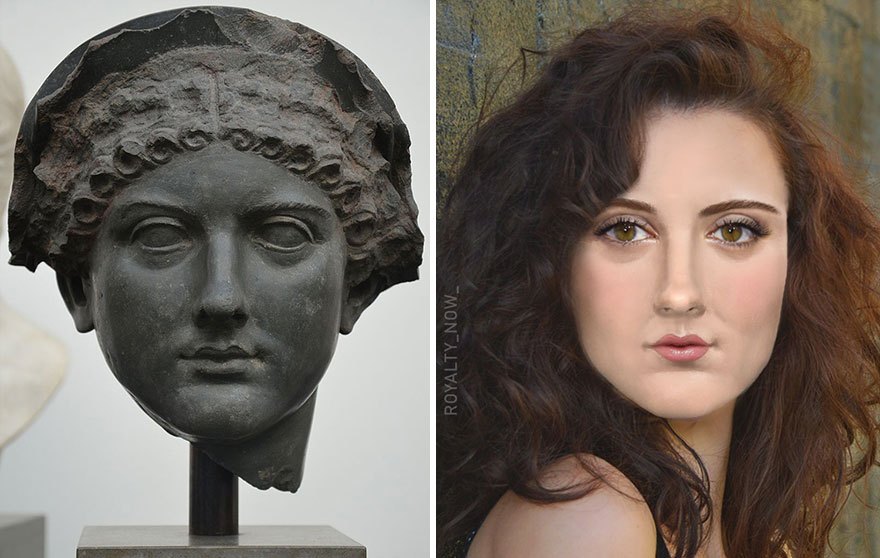 Becca Saladin – “I did some research on his looks and it is recorded that he had curly golden hair and heterochromia (one eye blue and one eye brown or a combo of both), so he was definitely a striking figure.” 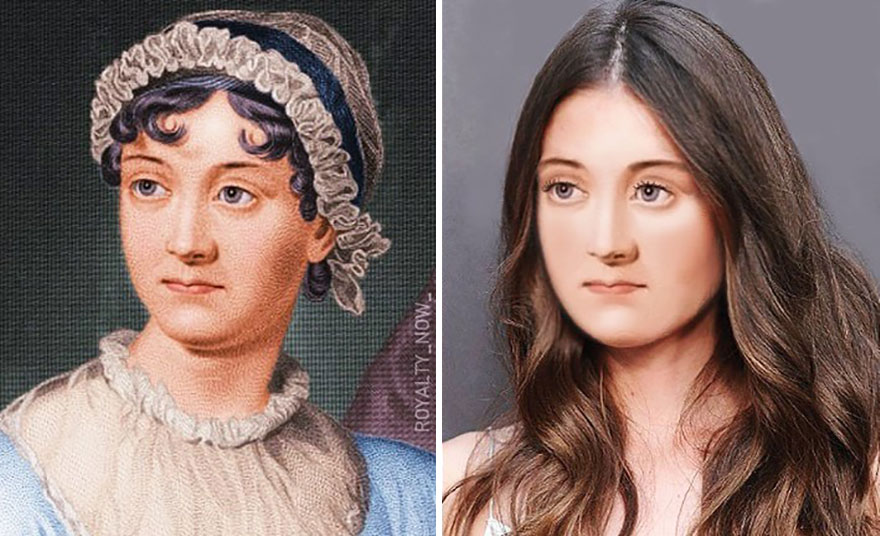 Becca Saladin – “Agrippina the Younger is someone I only recently learned more about but she had a crazy life. She was the sister of Emperor Caligula and the mother of Emperor Nero. I highly recommend giving her a search if you’re interested in that era of Roman history!” 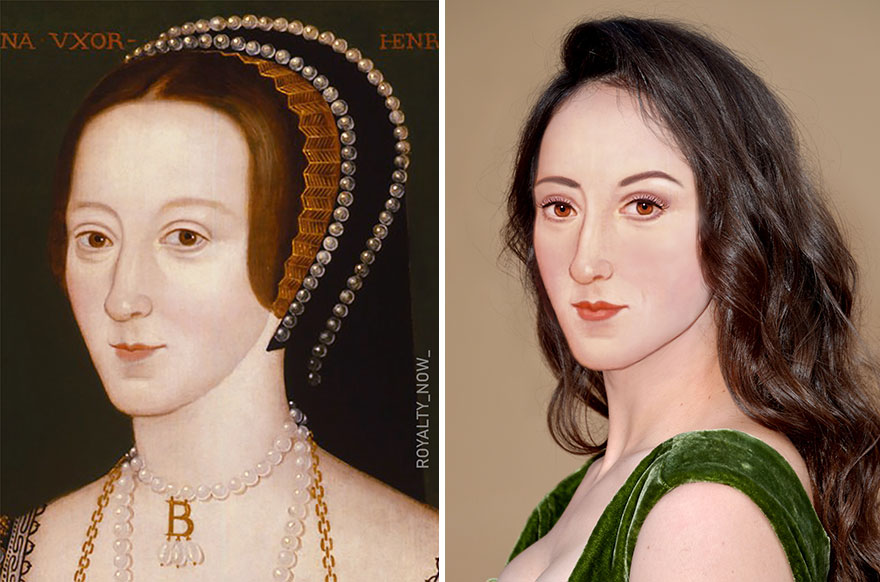 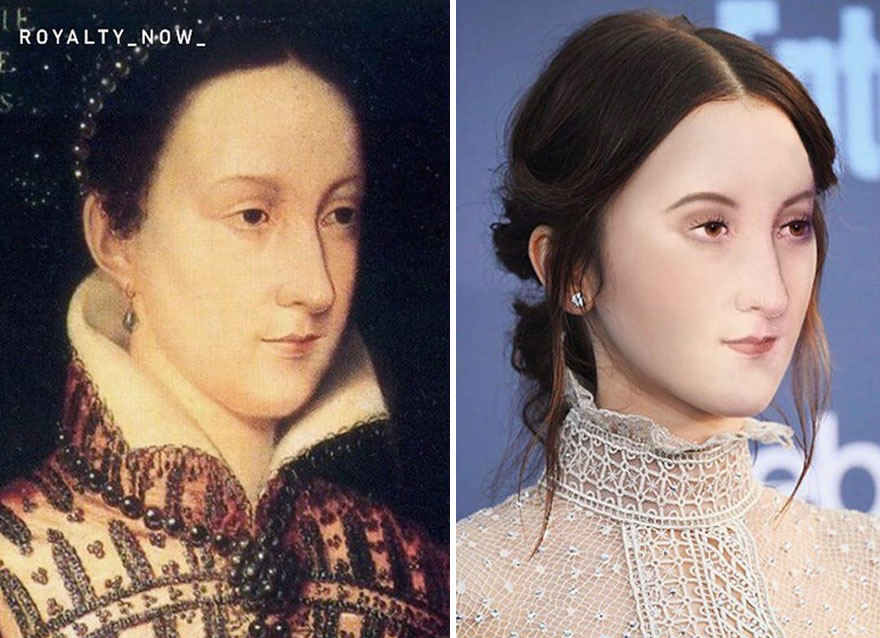 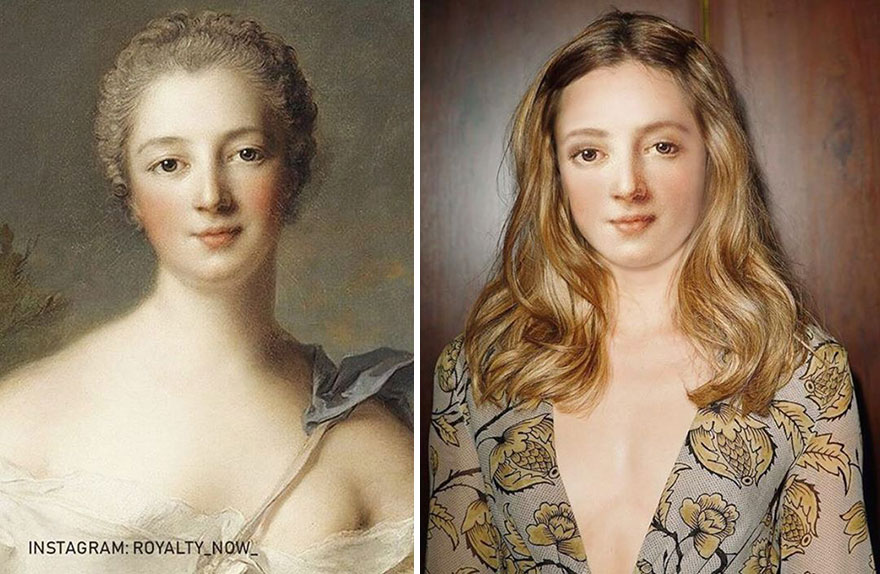 Becca Saladin – “Jeanne Antoinette Poisson, better known as Madame de Pompadour. She first caught the eye of Louis XV at a masked ball in 1745 (it was said that she was dressed as a domino, and he was dressed as a plant) and was his chief mistress thereafter until 1751. Even after she was no longer Louis’ mistress, she was a trusted friend, confidante, and advisor, essentially becoming one of the most powerful women at the French court until her death in 1764.” 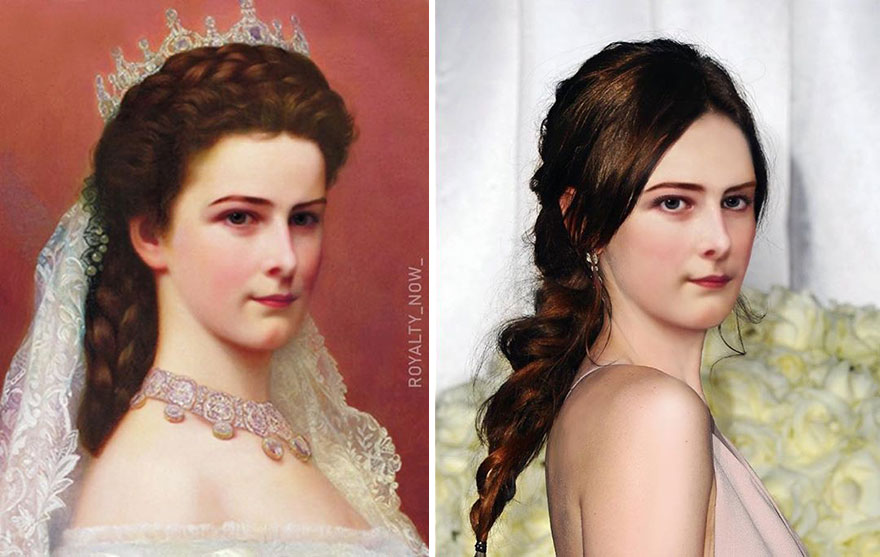 Becca Saladin – “During her life, Elisabeth (known as Sisi), was known for being beautiful, smart, rebellious, and passionate. Definitely worth some digging into if you are interested in late 1800s Europe.” 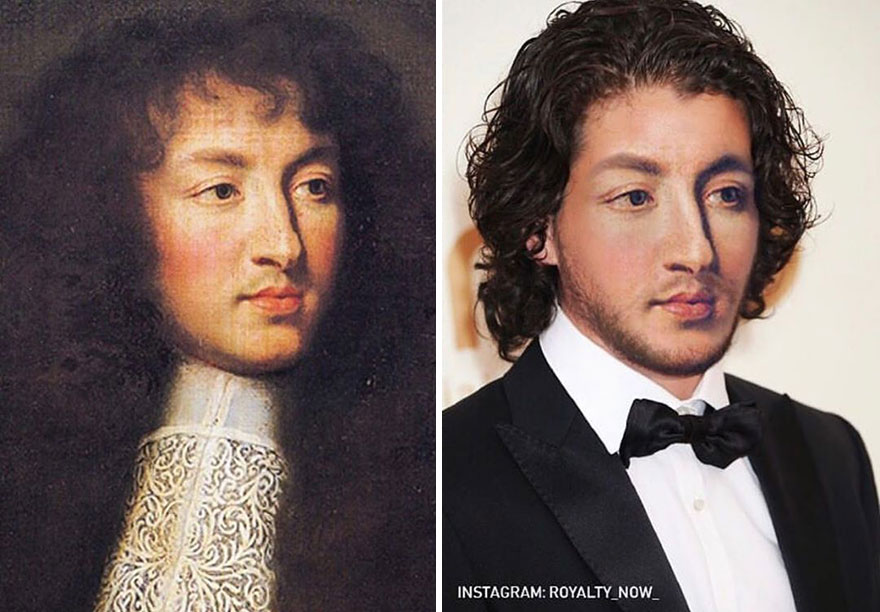 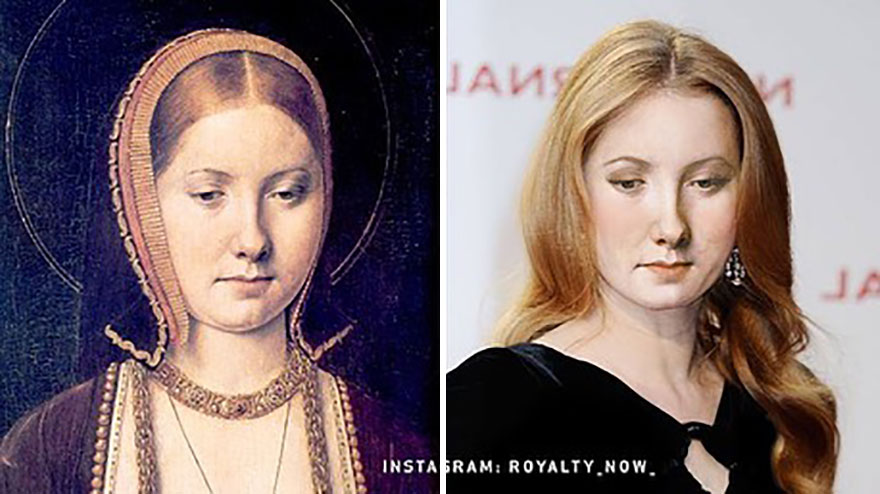 Becca Saladin – “This portrait of Katherine of Aragon, wife of King Henry VIII and Queen of England from 1509-1533, has always been my favorite. There are several portraits of her that all range in looks, so it’s hard to tell her true likeness. I think this one captures her piety, meekness, and obedience as documented by historians.” 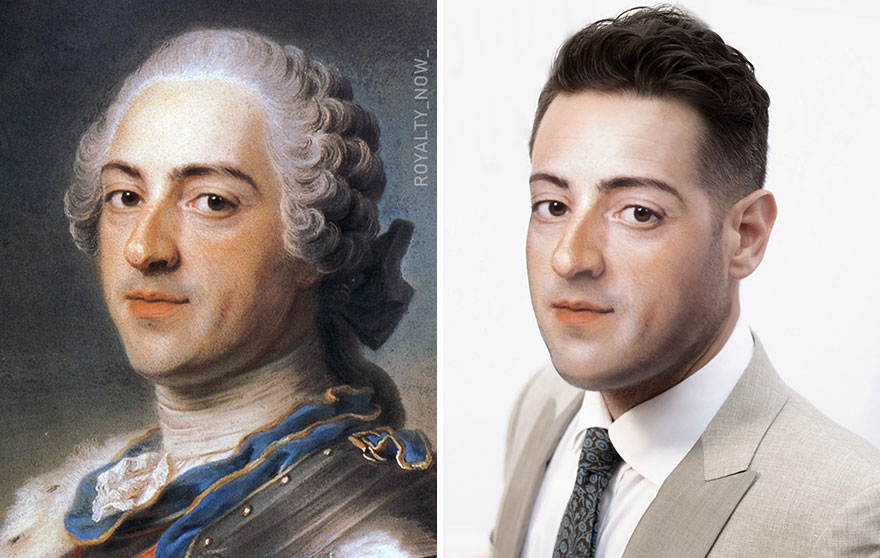 Becca Saladin – “Louis XV is lesser known than his predecessor the Sun King and his heir, Louis XVI, but he was the second-longest reigning monarch in French history. I have always known him by his famous mistresses, Madame De Pompadour and Madame du Barry.” 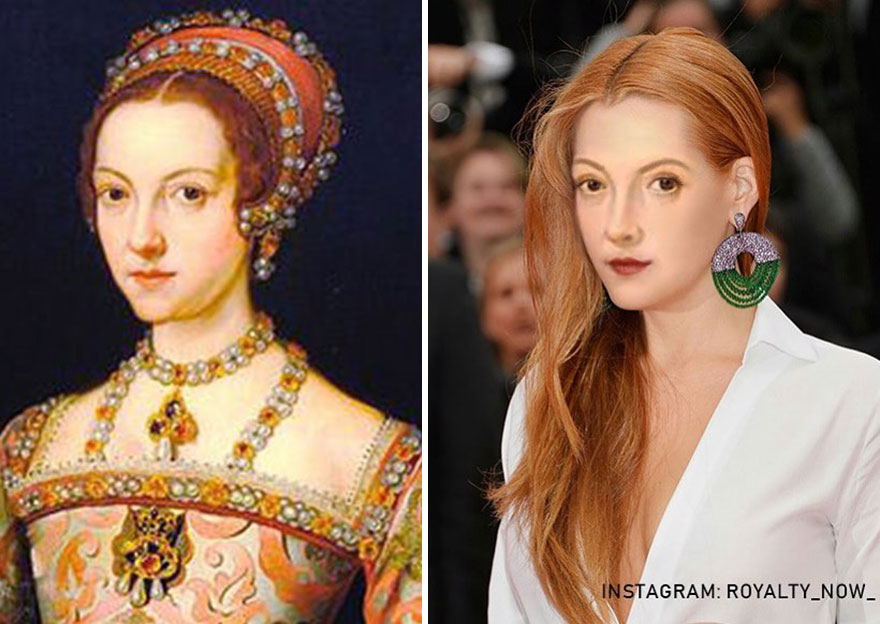 Becca Saladin – “She was the only wife to outlive the king, who was tyrannical in his last years.” 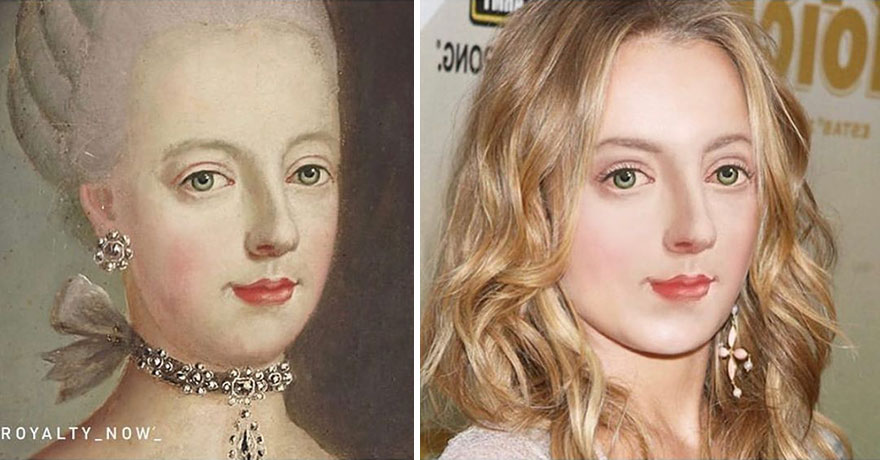 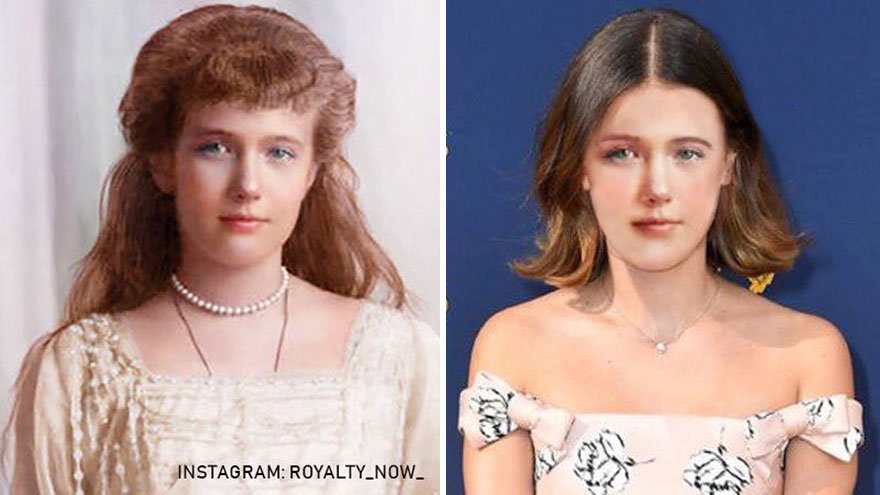 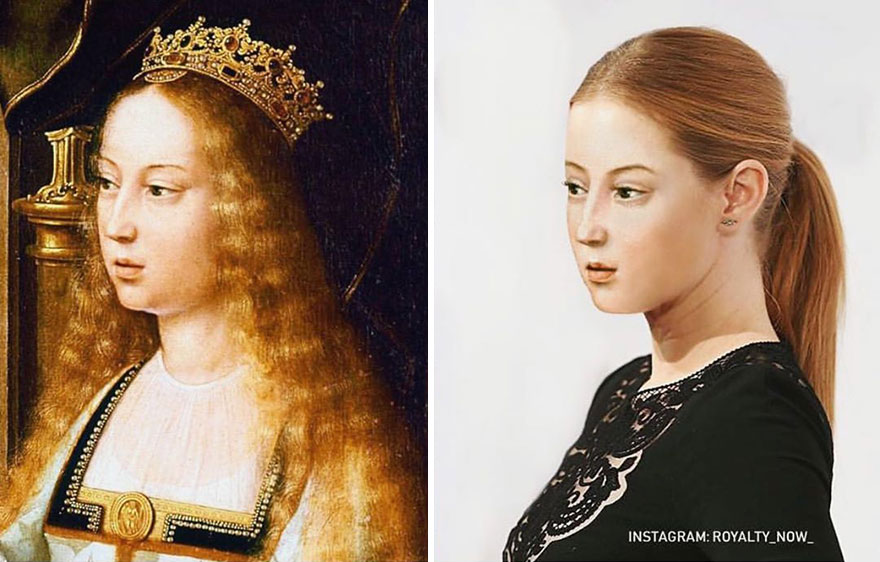 Becca Saladin – “Queen Isabella of Castile, partner to Ferdinand II of Aragon and the queen who sent Columbus on his way to the “new world” in 1492. “ 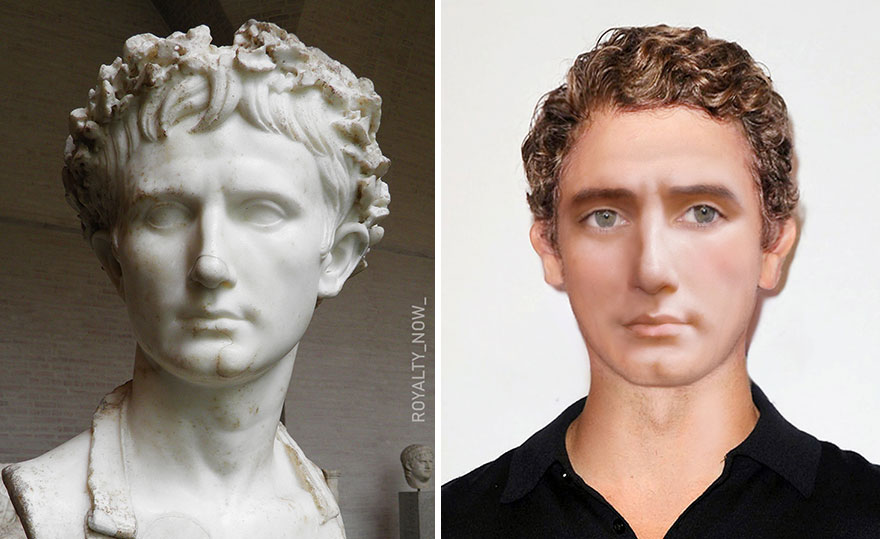 Becca Saladin – “Emperor Augustus (born Octavius, the great-nephew of Julius Caesar) was the first emperor of Rome, ending 500 years of the republic. He’s an incredibly controversial figure, especially due to the smart and ruthless way he came to power, but he ruled over a time of relative peace in the Roman empire.” 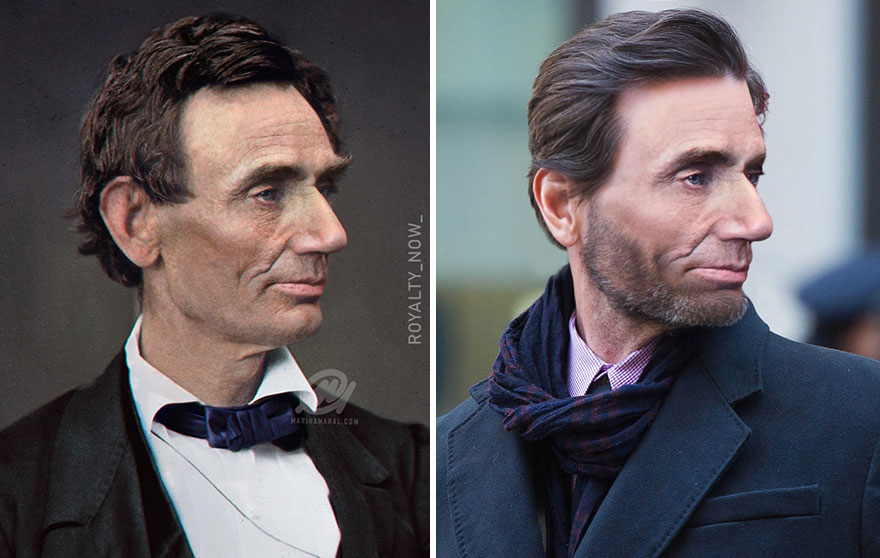 Becca Saladin – “Abe Lincoln was the 16th president of the United States from March 1861 until his assassination in April 1865. Lincoln led the nation through the American Civil War, its bloodiest war and its greatest moral, constitutional, and political crisis. He preserved the Union, abolished slavery, strengthened the federal government, and modernized the U.S. economy.” 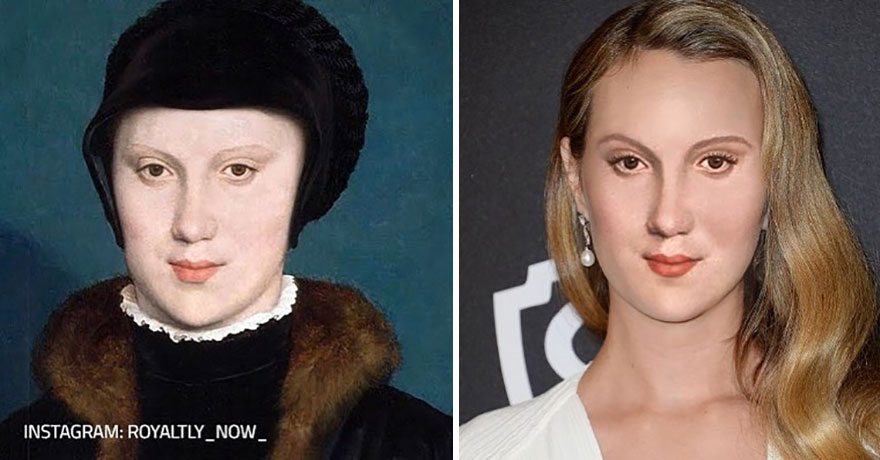 Becca Saladin – “Christina of Denmark, seen here in an original Hans Holbein portrait, lived from 1521 – 1590. Christina was considered as a possible bride for King Henry VIII of England. Christina was not fond of the English King’s reputation, given that he had divorced his first wife and beheaded his second wife. The originator of one of the greatest quotes about King Henry in history, Christina famously said: “If I had two heads, one should be at the King of England’s disposal.” What an amazing denial to a marriage proposal.” 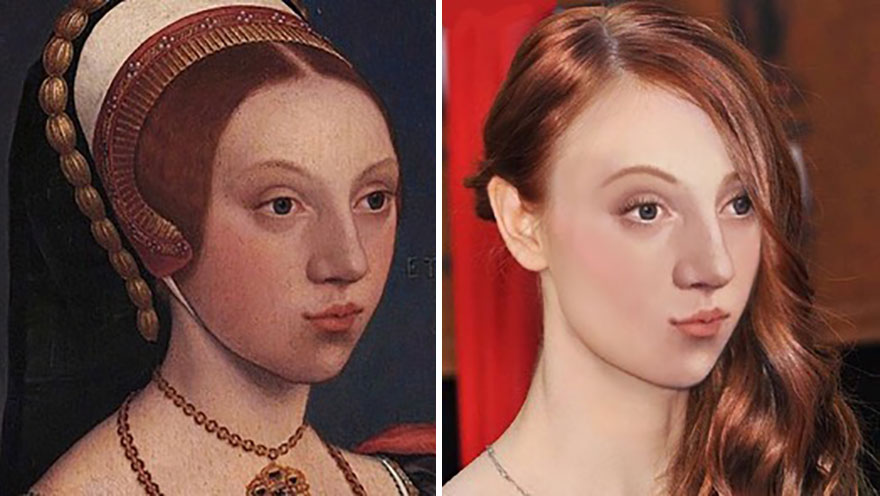 Becca Saladin –“Katherine Howard (c. 1523 – 13 February 1542) was Queen of England for only 16 months as the fifth wife of Henry VIII. Katherine was actually the cousin of Henry’s second wife, Anne Boleyn. When they married, he was 49 and she only 16 or 17. Katherine was accused of adultery and executed by the King, ending her short reign as the Queen of England.” 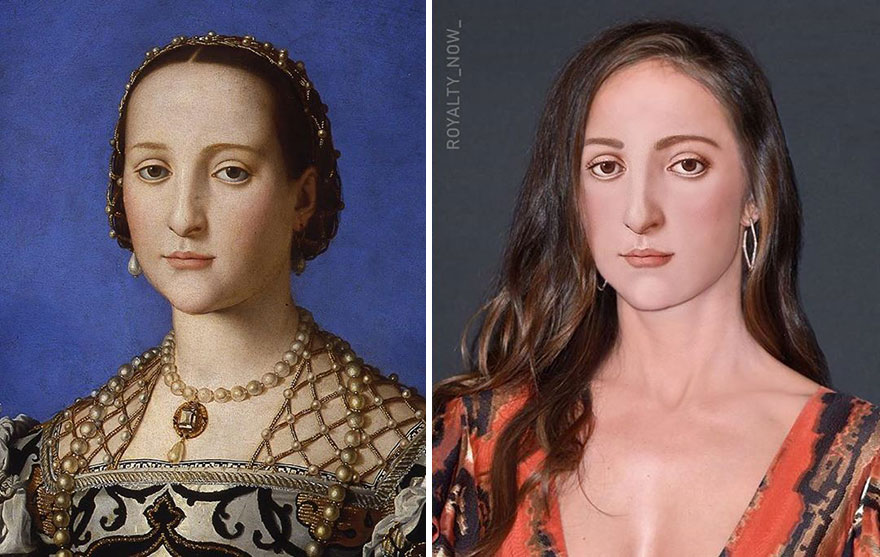 Becca Saladin – “Eleanor of Toledo was an astonishing woman. Originally from Toledo, Spain, she was a bride to a famous member of the Medici Family, Cosimo I de Medici. Her husband regularly consulted with her on matters of politics, and she even served as consort during his time away from Florence.” 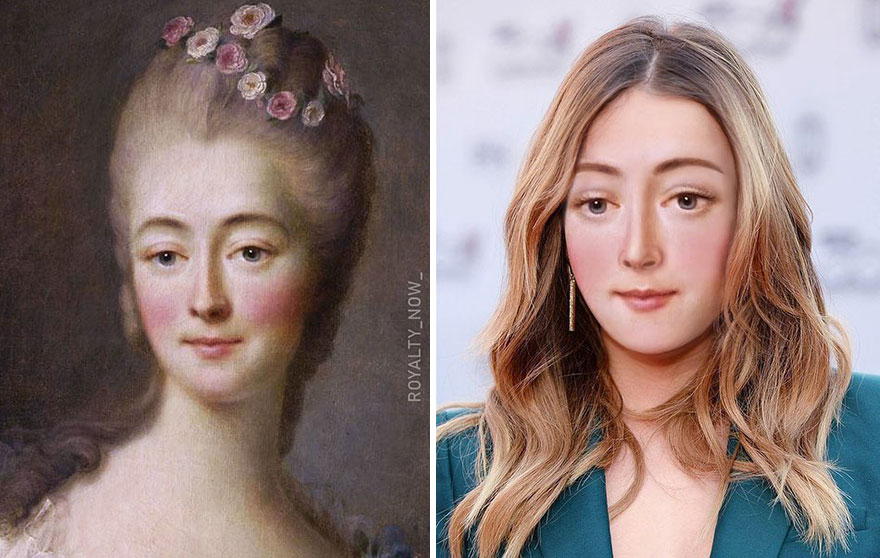 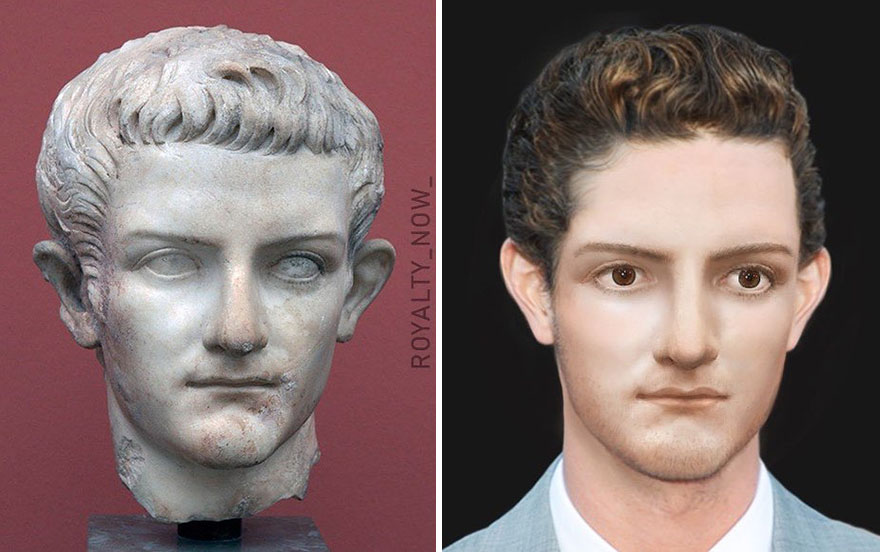 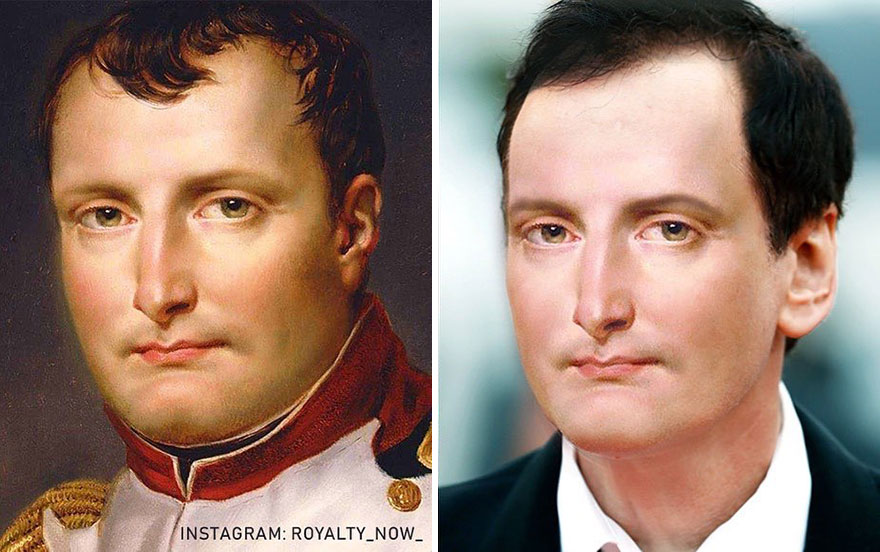 Becca Saladin – “Did you know that Napoleon was most likely 5’7″? That’s taller than King Louis XIV. Some say his perceived smaller stature was due to him looking small in comparison to his huge accomplishments. Others say there was an error when translating his true height from French to English. Who do you think he looks like here?” 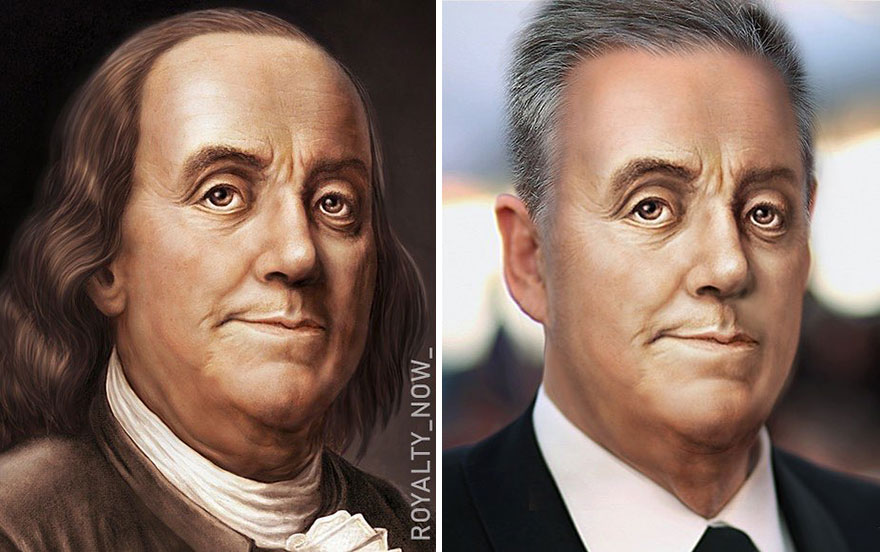 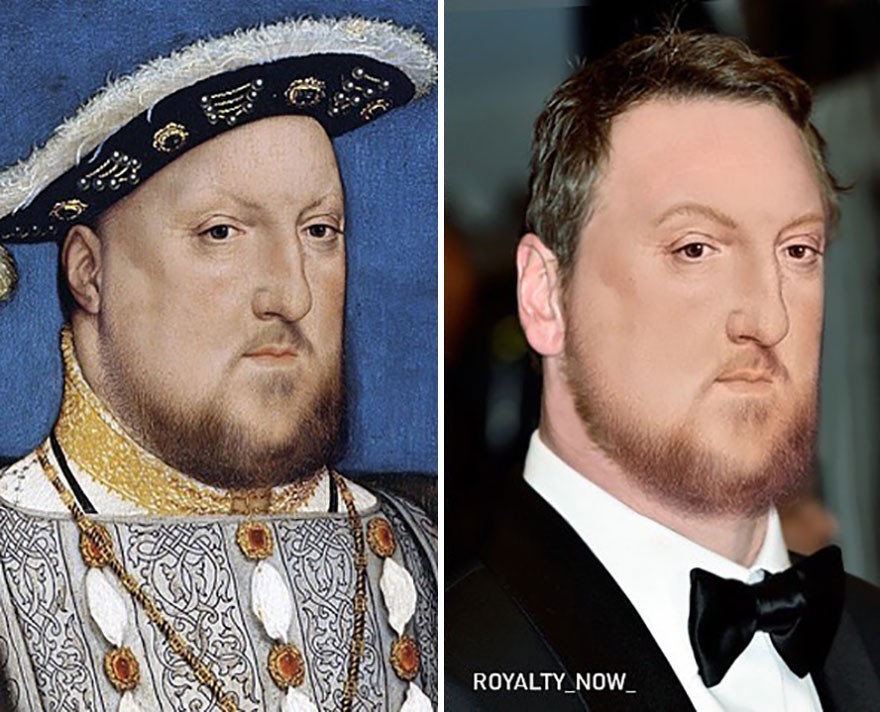 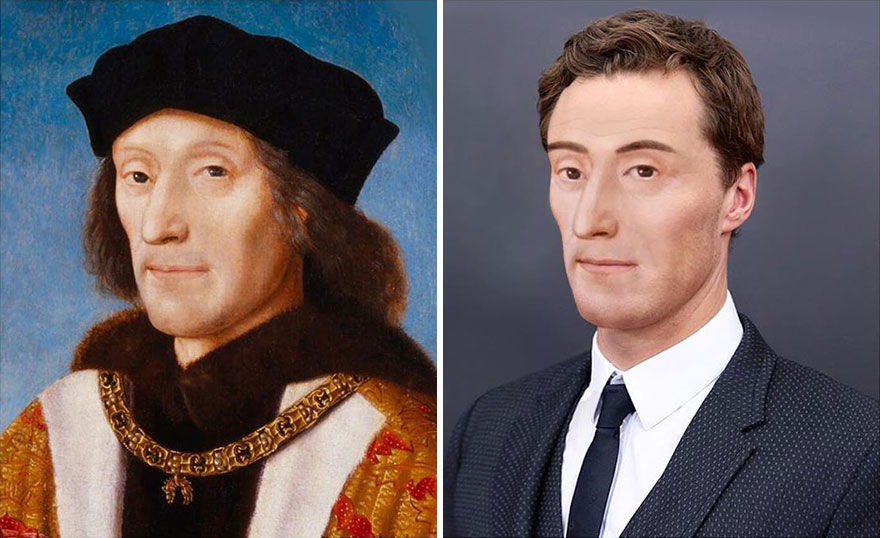 Becca Saladin – “Here we are with Henry VII, the first tudor monarch, a frequent request from you all. Henry was the last king of England to attain the throne in battle after defeating Richard III at the Battle of Bosworth Field in 1485.” 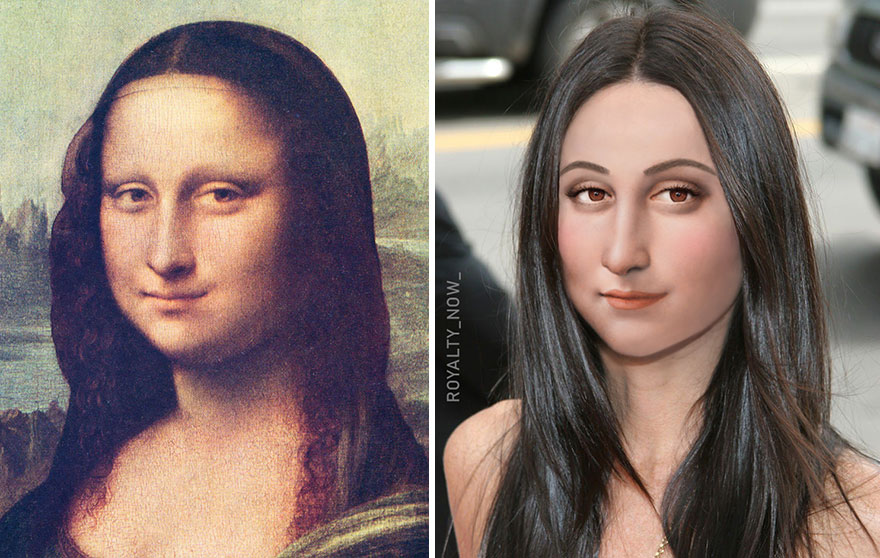 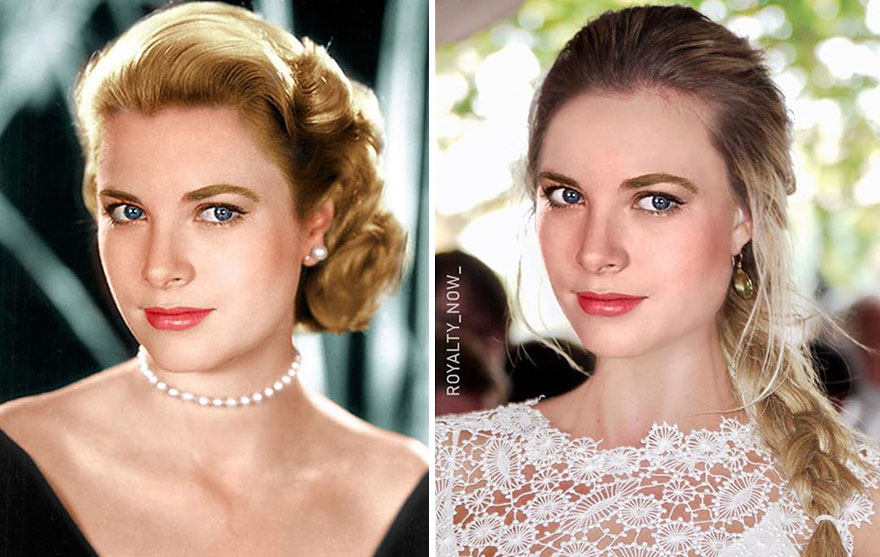 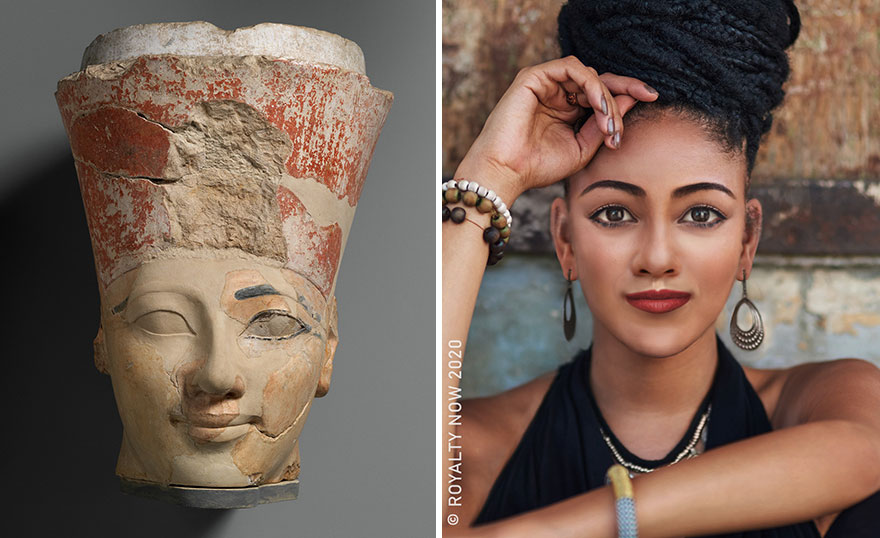 Becca Saladin – “Hatshepsut came to the throne of Egypt in 1478 BC. She ruled longer than any other female pharaoh and is regarded as being one of the most successful pharaohs in Egyptian history. Egyptologist James Henry Breasted said she is “the first great woman in the history of whom we are informed.” She re-established trade networks and embarked on great building projects in Egypt. There were so many statues produced during her reign that nearly every major museum that has an Ancient Egyptian exhibit has a Hatshepsut portrait.”