People In Japan Are Polishing Foil Balls To Perfection

There’s a popular internet challenge making the rounds, and for a change, it isn’t one that recommends putting something bizarre — and potentially harmful — in your mouth or up your nose.

Rather, it involves taking a common household product — aluminum foil — and turning a crumpled ball of the ordinary wrap into a beautifully smooth and highly polished sphere.

Many intriguing videos and Instagram photos show the results of this remarkable transformation, most of them purportedly achieved using simple tools such as hammers and sandpaper. But are they for real? Live Science asked an engineering expert, who explained that not only is the dramatic metamorphosis possible, but the process behind it mirrors time-honored metalworking techniques commonly used in Japan for constructing certain types of traditional steel swords.

YouTube user SKYtomo was one of the first to demonstrate this aluminum foil challenge, in a video posted March 10, Nerdist reported. He began with a crumpled ball of aluminum foil, hammering away until it was highly compressed and much smaller. Then, he repeatedly sanded it under running water with what appeared to be several different grades of sandpaper, leaving the sphere smooth but somewhat mottled and dull. Further sanding and polishing brought a mirror-like sheen to its surface, and the final result was remarkably shiny and reflective.

Watch this man transform an ordinary aluminum foil ball into a shiny orb.

How is this possible? Typically, metal requires intense heating before it can be molded into a new shape. But because aluminum is unusually soft, it’s malleable enough that force alone can reshape it, even without the high temperatures usually associated with metalwork, Michael Titus, an assistant professor of materials engineering at Purdue University in Indiana, told Live Science.

Before rolls of aluminum foil find their way to your kitchen, they begin as giant aluminum ingots. These enormous blocks are rolled into flattened metal sheets that are fractions of a millimeter thick and miles long, which are then spooled up, cut and packaged, Titus said. The sheets are also heat-tempered to make them more flexible. If someone wanted to make a sphere out of foil, they’d need to start with the softest, most pliant foil they could find — the purest, and with the highest degree of this heat treatment, Titus explained.

Even with the best-quality aluminum foil, achieving the seamless perfection of the spheres shared on social media takes time and effort. Hammering the balls compresses air pockets and pores, to make them as dense as possible. Then, the jagged parts on the surface can be scrubbed away with grit paper, with progressively finer grit creating a smooth surface that can be polished to a high shine, Titus said.

The video by SKYtomo is oddly satisfying to watch and presents a challenge for patient DIYers—can you turn this ordinary material into something special? Many people in Japan have tried and hours (upon hours) later, succeeded. And with this viral Reddit post, we have a feeling that people all over the world will soon be sharing their own aluminum foil orbs.

A jewelry artist named Atelier puchuco helped start the trend after they shared their polished sphere on Twitter.

The peculiar project has caught on in Japan. People are eager to take this… 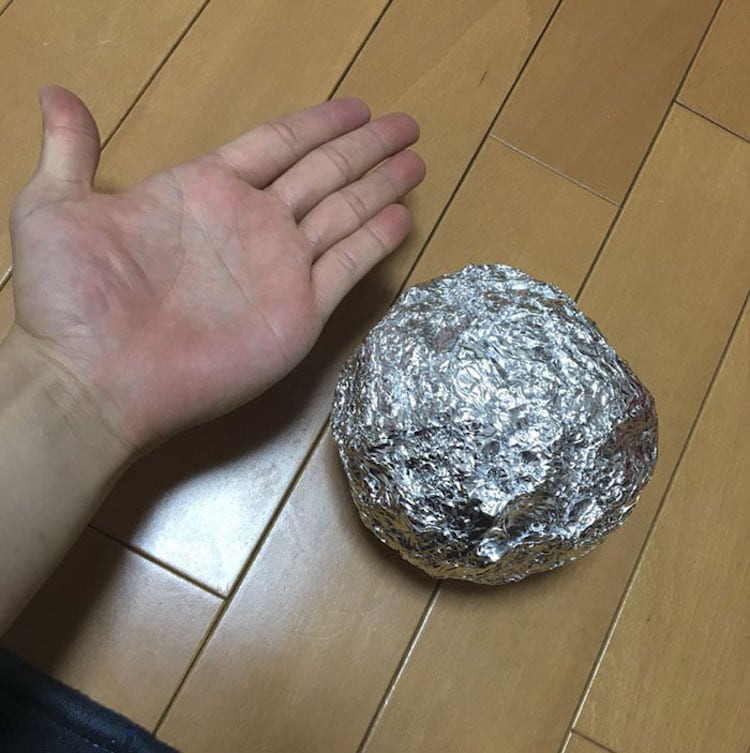 The relentless hammering of these aluminum balls has an unlikely real-world analog: It’s similar to a technique used to make some types of katanas — Japanese samurai swords — in which the steel is riddled with impurities and the carbon is distributed irregularly throughout the metal, Titus told Live Science.

When working with this imperfect steel, Japanese swordsmiths practice “kitae,” in which they repeatedly hammered the metal and folded it back upon itself, working out the impurities and distributing the carbon content more evenly, Edward Hunter, an armor conservator with the Metropolitan Museum of Art, wrote in a description of Japanese sword-making techniques for the museum’s Department of Arms and Armor.

While there aren’t yet any YouTube tutorials for making aluminum foil swords, a video produced by the popular knife-making YouTube channel Kiwami Japan demonstrated that foil can be shaped into a knife sharp enough to slice cucumbers. And the steps that the maker seems to follow are nearly the same as those used by professional knife-makers — minus the high-temperature treatments needed to temper steel, Titus said. 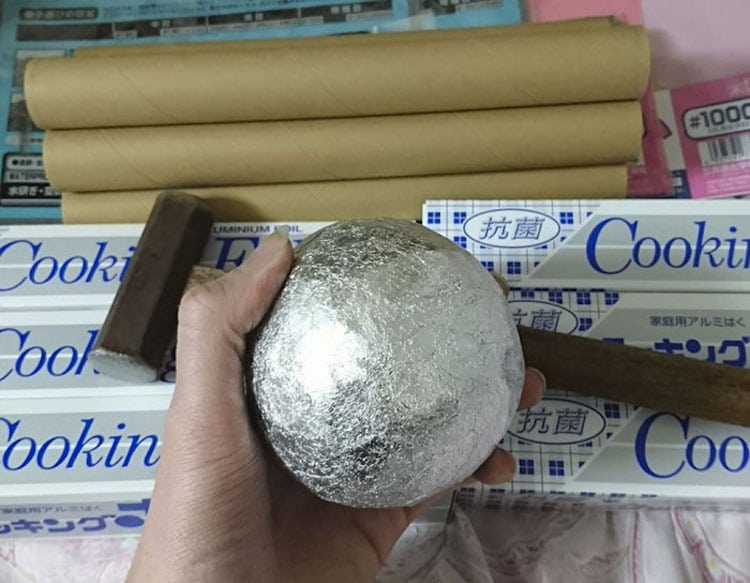 However, there are some big differences between a foil knife and a steel blade, he added.

“Aluminum isn’t as hard as steel — you may take a long time to make the edge very sharp, but it won’t hold its sharpness for very long,” he said. “It will dull much quicker than a steel blade would.”

There are also likely to be more open pores on the inside that would make the foil blade generally weaker than a steel one, Titus noted.

“But, for the most part, they use the same techniques as professional blade-smiths do, so it’s really cool to see that anyone can do this at home with enough patience — and maybe a little extra cash to buy the polishing and grinding equipment that’s needed,” Titus said.

Nonetheless, the spheres that people are painstakingly shaping and sharing on social media don’t have any practical purpose other than demonstrating the user’s determination to complete a series of boring and highly repetitive tasks. But making them — if you have the time and the perseverance — is a great way to forge a hands-on connection to ancient methods of metalworking, Titus told Live Science.

“It’s a modern spin on a very old but very important process for making anything metallic,” Titus said. 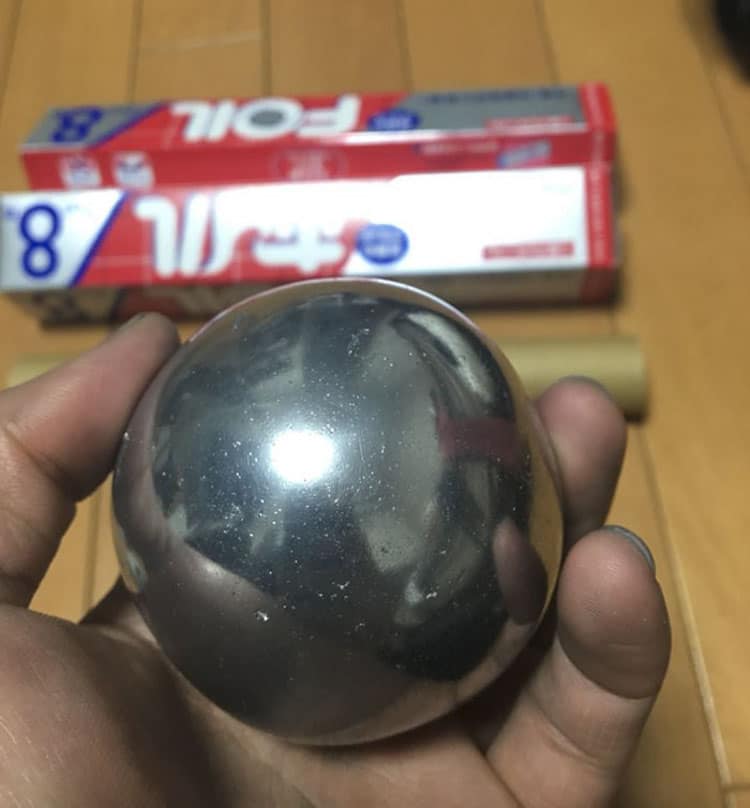 Patient DIYers have started sharing their recreations on social media.