When we see graffiti, it’s safe to say most of us don’t even know what it’s trying to say. Graffiti can be a pleasure to some and an eyesore to the remainder. The tough bit is that it’s nearly unimaginable to combat it, and figuring out that full effectively, French artist Mathieu Tremblin has given you a reasonably uncommon plan.

Artist Mathieu Tremblin took to the streets of France on a rather quixotic mission to improve the legibility of ugly graffiti. Mimicking the scale, color, and layering of each tag, Tremblin created his own replica in a perfectly crisp font. It’s hard to say if either version is more aesthetically pleasing, but he definitely gets an ‘A’ for effort. 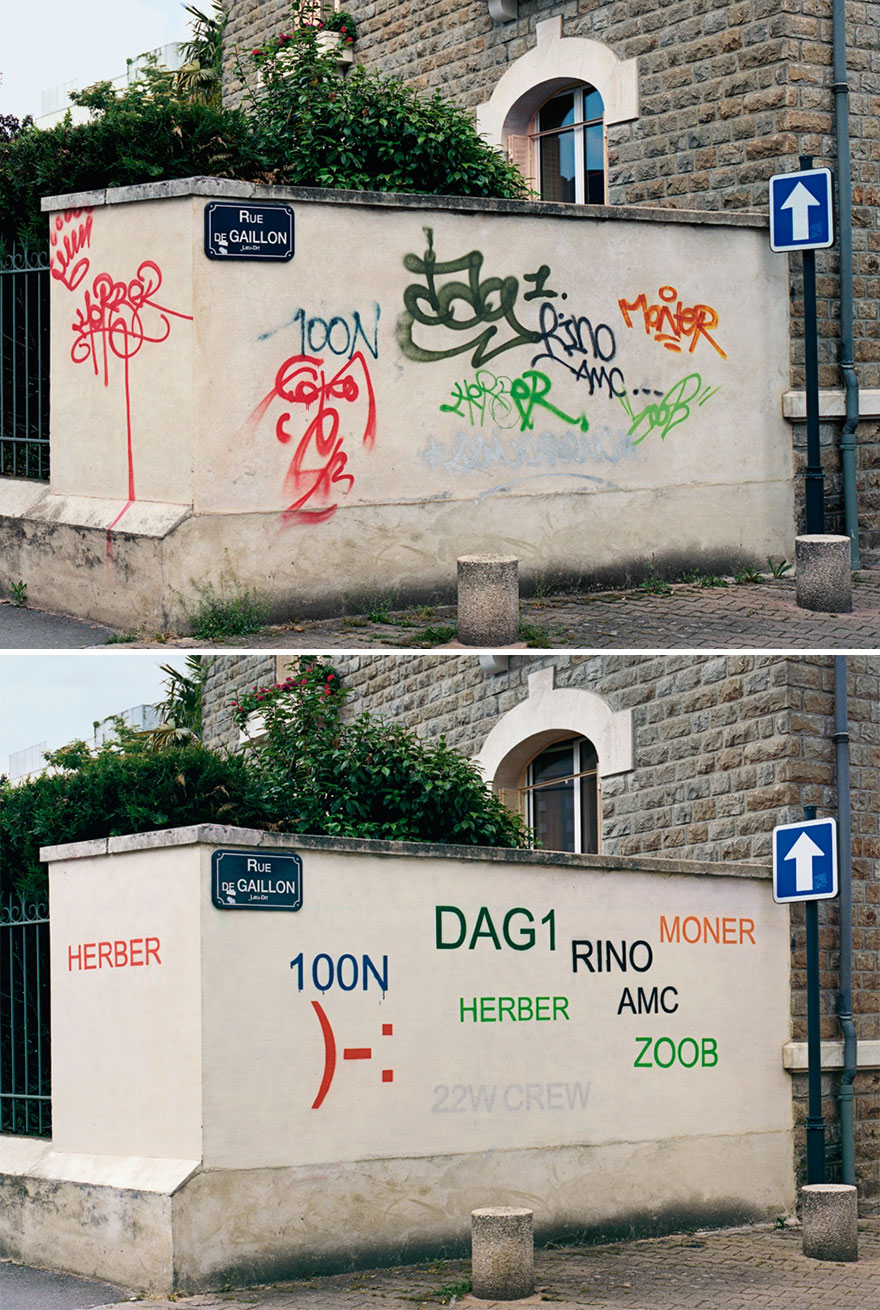 “The principle of Tag Clouds is to replace the all-over of graffiti calligraphy by readable translations like the clouds of keywords which can be found on the Internet,” said Tremblin.

Explaining how the physical graffiti tag is related to tag clouds in form and substance, he pointed out that,“It shows the analogy between the physical tag and the virtual tag, both in form (tagged wall compositions look the same as tag clouds), and in substance (like keywords which are markers of net surfing, graffiti are markers of urban drifting).” 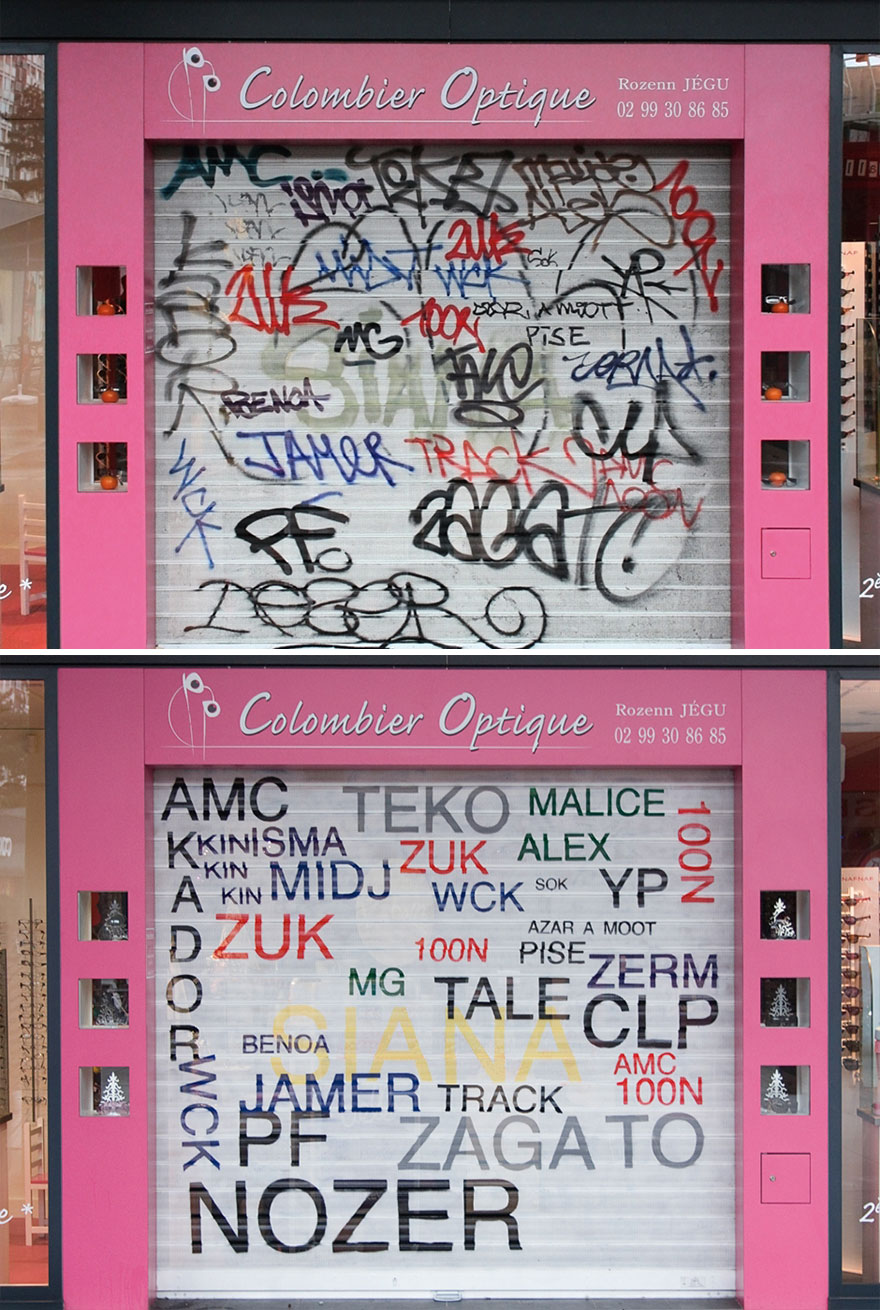 In an interview with Citylab, the artist revealed the culture behind the community: “Handstlyling is the real deal of writing culture – making it properly decorative and appreciable by any passer-by – which is also the purpose of a graffiti fresco, showing technical skills for decoration,” he explained.

He stated that his project attempted to deconstruct the work’s facade by “removing all traces of alterity” and “giving the opportunity to anybody to be able to read graffiti calligraphy and get in touch with it”. 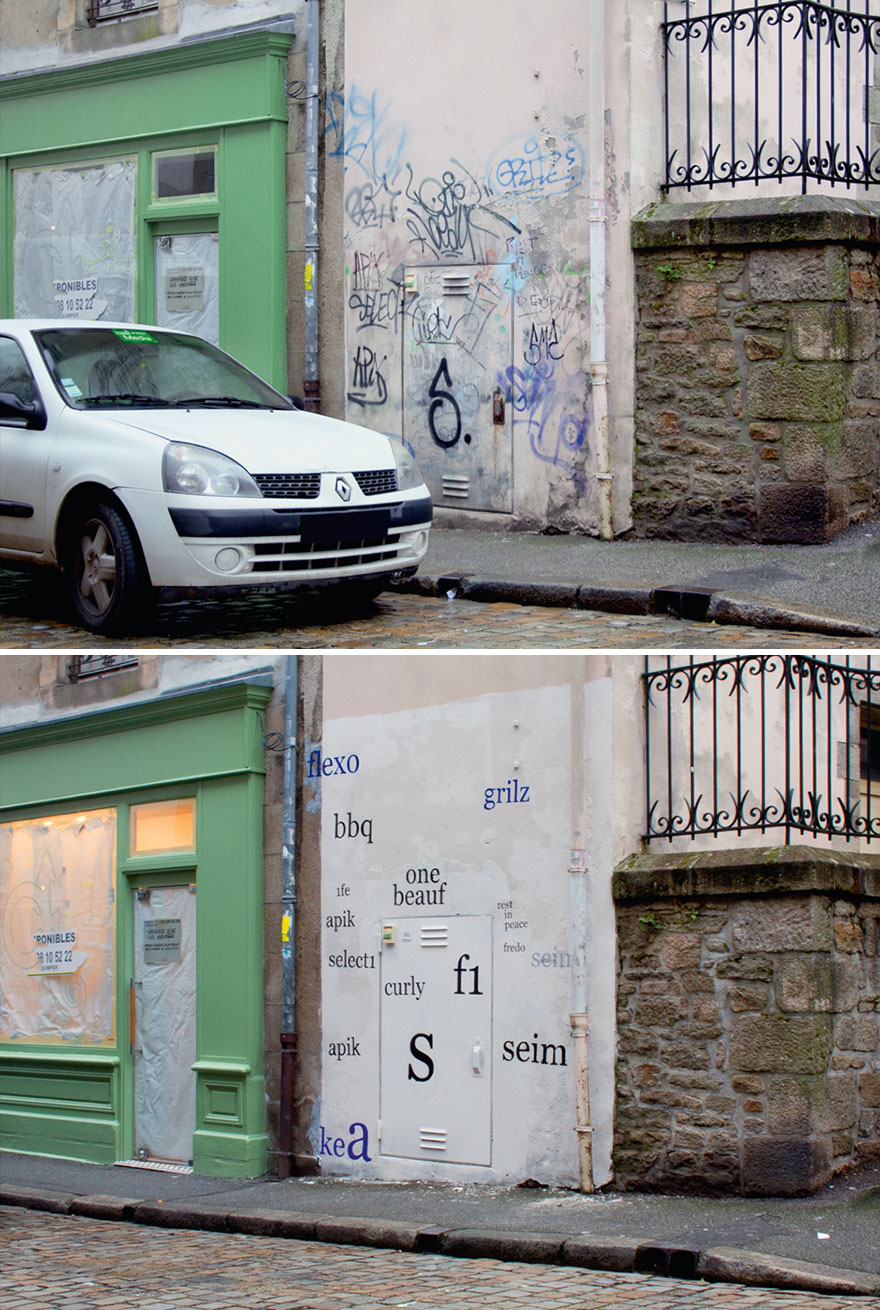 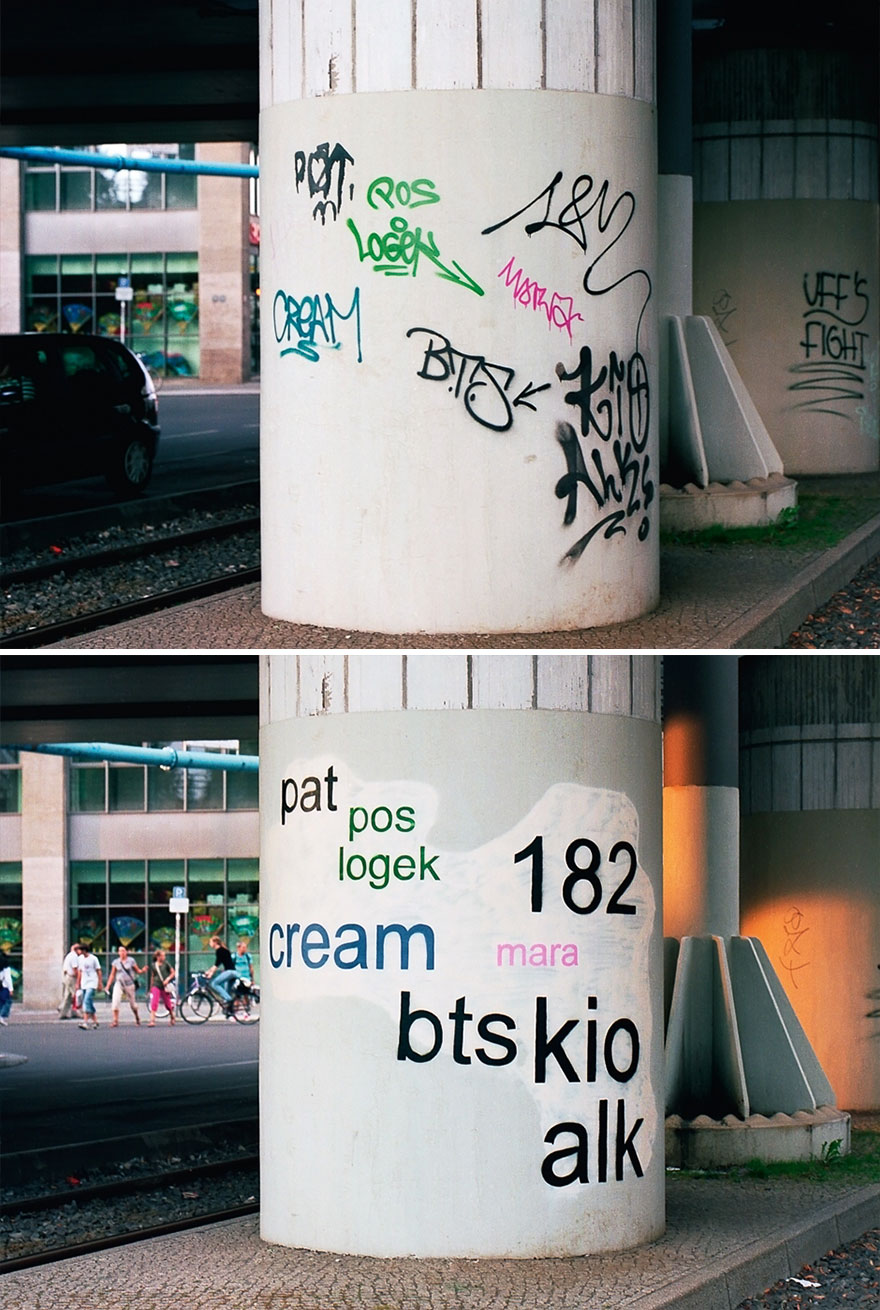 “As I just translate writers names at the same scale, they usually continue to play with blanks adding their signature between regular typography I painted with stencil,” he said.

“In fact, the project is giving a focus on some walls writers do not pay attention anymore because they seems to be filled with tags and mostly it generates new graffiti challenge instead of killing the energy behind it,” Tremblin concluded. 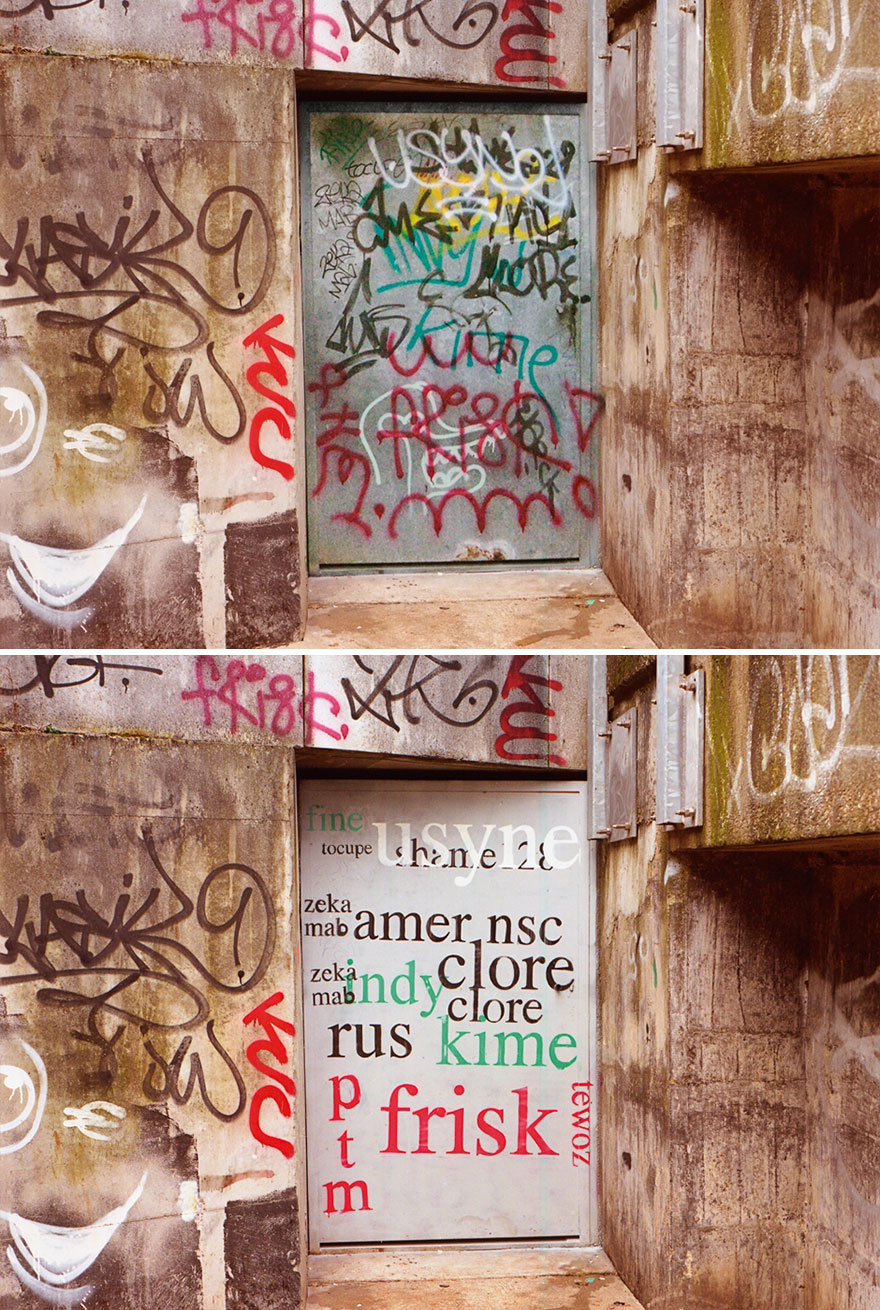 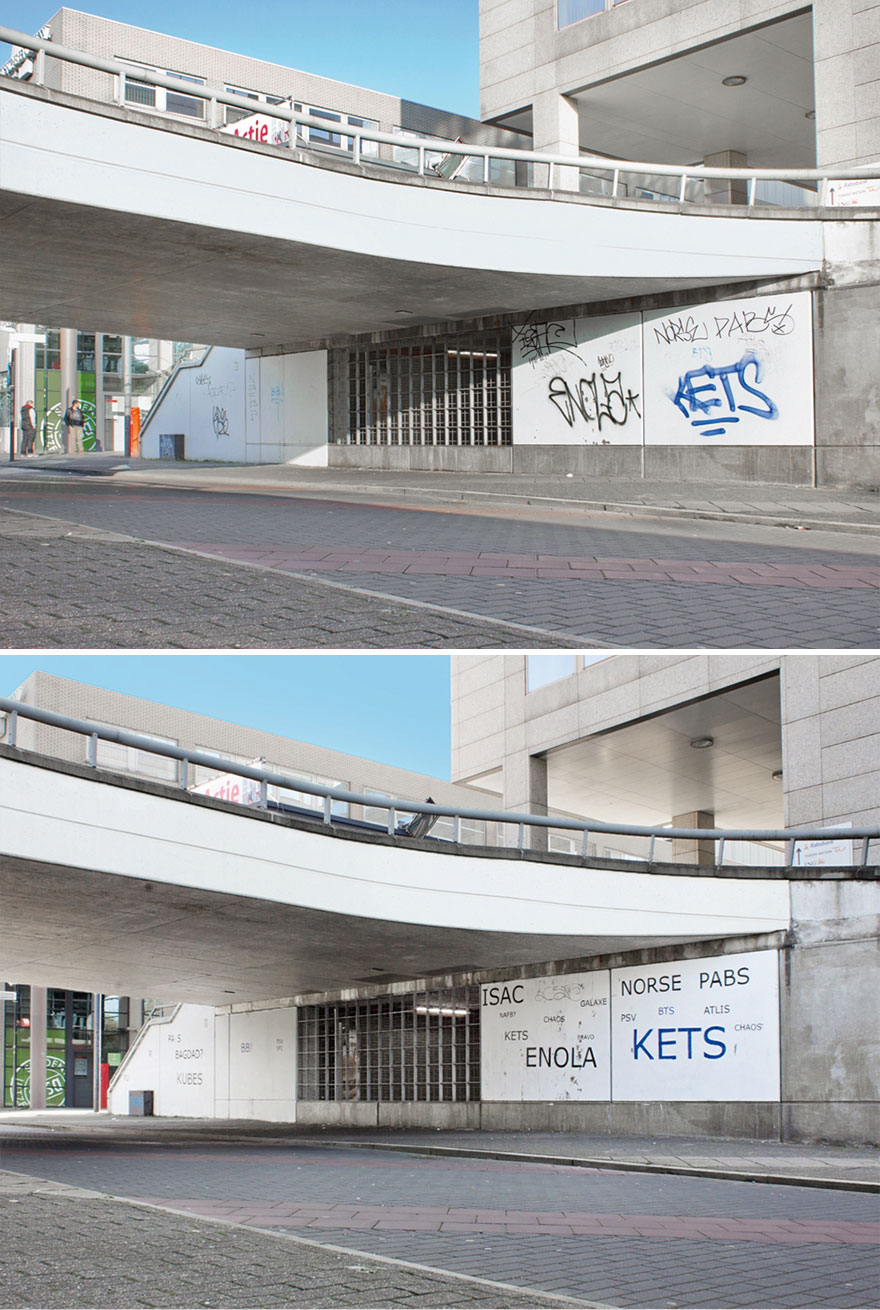 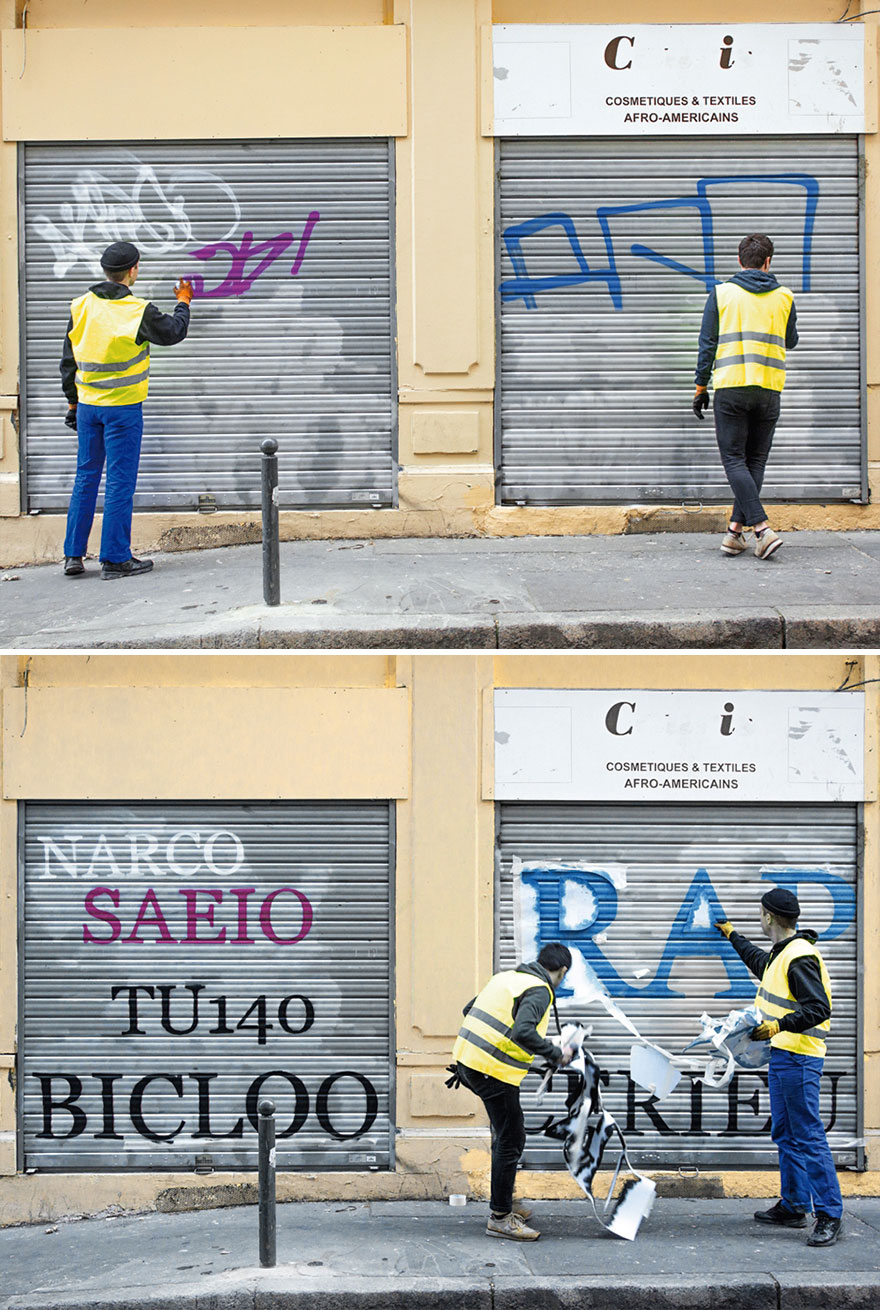 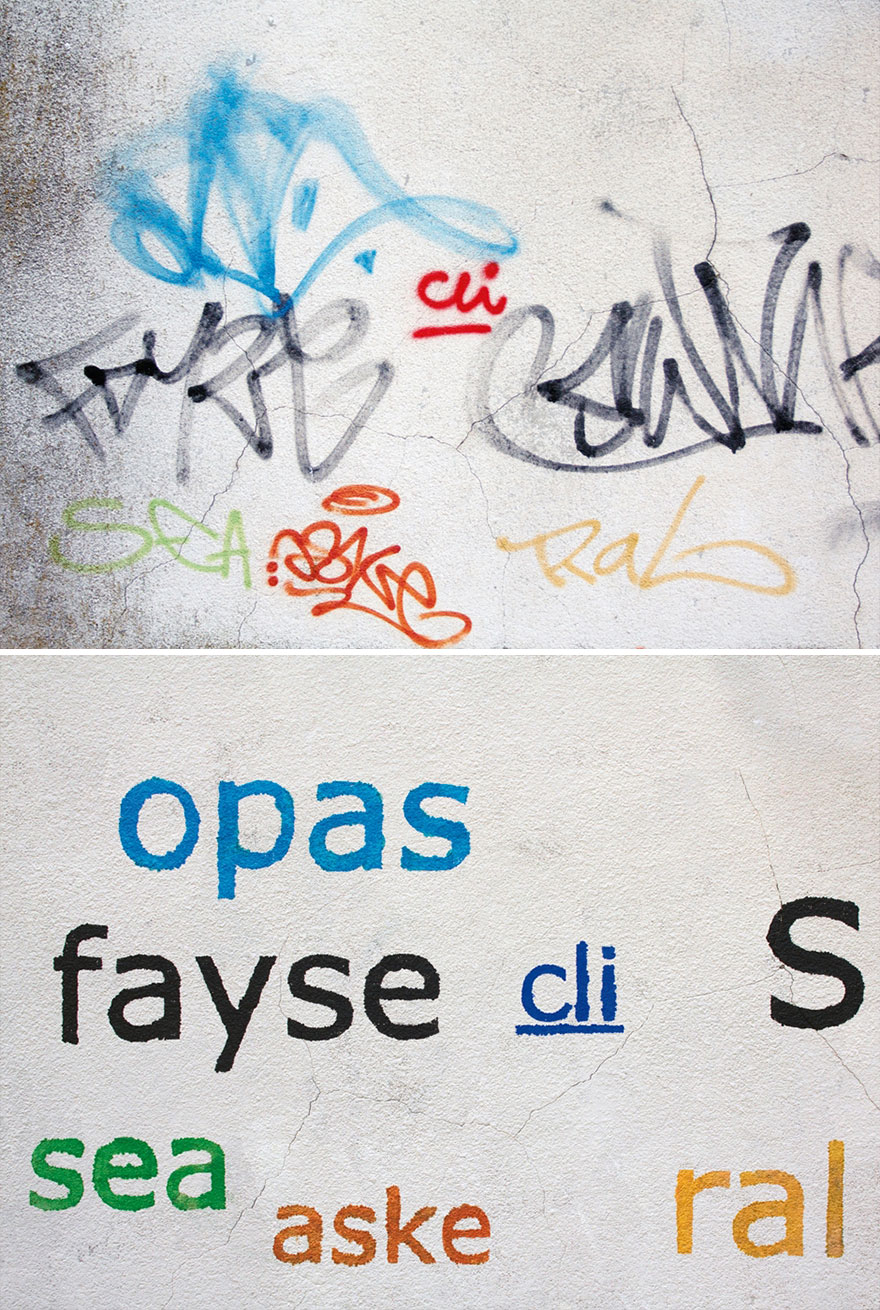 “Tag Clouds,” is among Tremblin’s earlier works. His complete portfolio can be viewed here.

Turning Bodies Into Wonderlands — Because That's What They Are Previous post
Wood Artist Makes Incredible And Detailed Sculptures Of Forest Animals Next post
We use cookies to ensure that we give you the best experience on our website. If you continue to use this site we will assume that you are happy with it.OkPrivacy policy