The First Solar Plant In Kenya That Turns Ocean Water Into Drinkable, It Brings Fresh Water To 25,000 People

As paradoxical as it sounds and looks, even though the earth is 3/4 covered with water, and yet 2.2 billion people around the world (almost 1/4 of the world population) lack access to drinkable water. Besides this, the world fears another future crisis due to climate changes: turning seawater into drinkable one, because the current and future predicted floods will pollute the drinkable water sources. 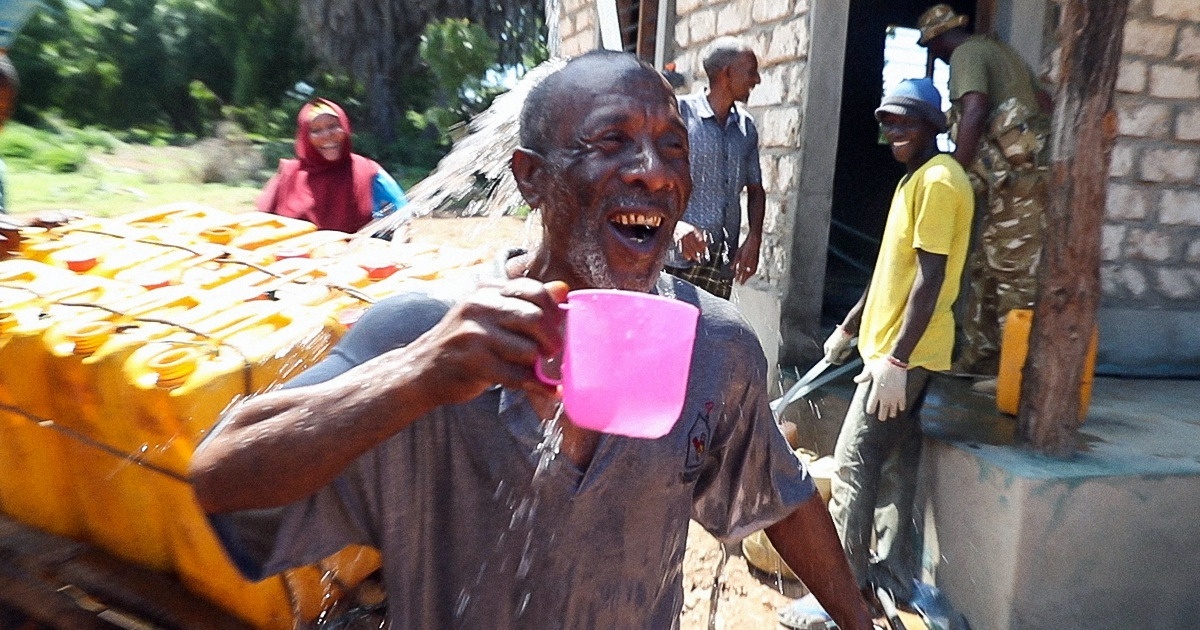 To prevent this from happening, the GivePower NGO has brought up the great idea of solar plants as a solution to this threat. Since sub-Saharan Africa has the most population who is deprived of clean water sources, the inventors decided to start the pilot test in Kiunga, a small town in Kenya and they plan to spread this form of drinkable water access on other parts of the world.

Solar panels are quite heavy- around 40lbs each. These shots are from a recent trek in Colombia that we did with Cypress Creek Renewables to install a 6 kilowatt system for a small farming community. This required carrying 21 panels nearly 4 kilometers to the project site. @jonbuttles said of the experience “a solar panel weighs more than I thought it weighs, and it’s something where I now have a deep profound respect for our construction teams that have to build these systems. But seeing the power impact here has been powerful to me. We’re here to do this in partnership with the community. What we are doing is providing them with really the basic essentials that enable them to prosper, and it’s the community that’s really going to do it.” Many thanks to the Cypress Creek Renewables team for being amazing partners and helping to carry the load! #cypresscreekrenewables #elcongo #sierranevadadesantamarta #colombia #internationaldevelopment #🇨🇴 #solar #solarpower #renewableenergy #givepower #trek

According to W.H.O and a report published by UNICEF, one in every three people lack access to clean drinkable water, and the situation is even worse in Africa. This is the reason the GivePower NGO chose the small village of Kenya, Kiunga, to turn the Indian Ocean’s salty water into drinkable ‘sweet’ water. This project has been operating since last year and it looks promising.

Access to clean water is a fundamental human right, and this solution supports it by an investment of just 20$ that ensures water per person for one decade. 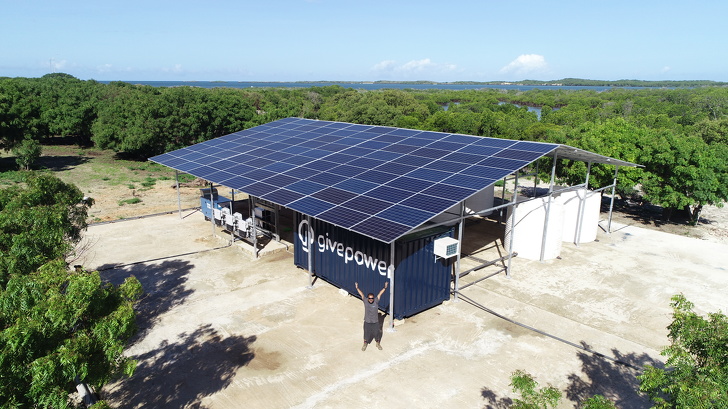 What this solution differs from the regular desalination plant is that is much more efficient, and it uses a technology known as “solar water farms,” which involves the installation of solar panels that can produce 50 kilowatts of energy, high-performance Tesla batteries to store it, and two water pumps which operate 24 hours per day.

This system has the capacity to produce water for 35,000 people per day, it is way less polluting than the typical desalination plant, which leaves more salt residues, and harms the plants and animals. 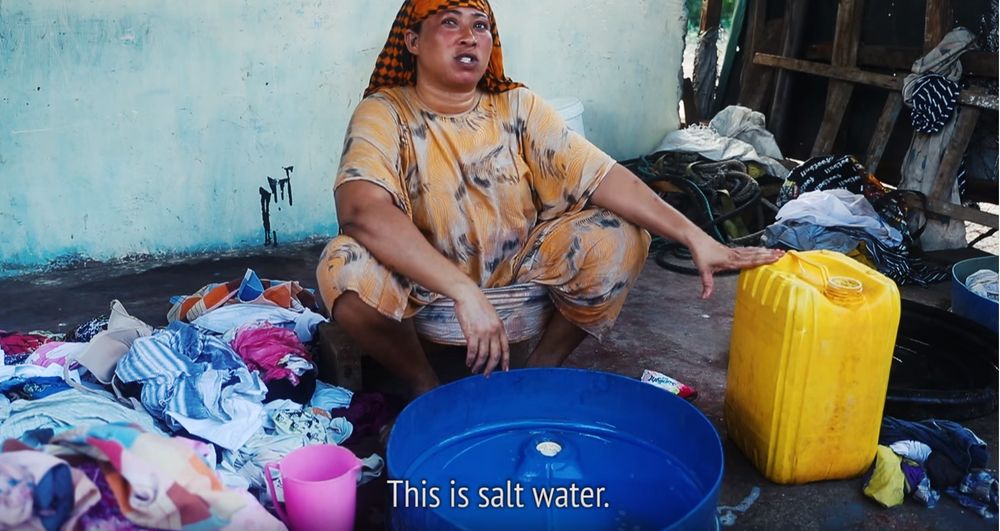 Residents of Kiunga had to walk more than an hour away to get fresh water, and a drought in the area that began in 2014 led many to use salt water wells to get untreated water for things like laundry. Some even drank from the wells even though it could cause kidney damage.

“It was a really dire situation for this community,” GivePower president Hayes Barnard told Business Insider. “Children walking around the community with wounds — lesions on their body from washing clothes in salt water.”

Haiti has the lowest rates of access to improved water and sanitation infrastructure in the western hemisphere. Nearly 45% of the population lacks access to an improved water source. We want to change that with our solar powered desalination technology. 🚰💧 Learn how you can help by going to the link in bio. . . . . . #givepower #solarpower #jointhecharge #cleanwater #haiti #waterislife #nonprofit #renewableenergy #sustainability #climatechange

The GivePower NGO has done a great job choosing the Kiunga village to establish its first Solar Panel because, after rainy seasons, the village is prone to extreme drought, and its population is forced to move in search of clean water. But the problem is that the nearest water source is at least an hour away from the village, and also it is not that clean because animals use it as a bath. That water is prone to many bacterias which might cause many diseases.

The plan is for this solar plant to be built in Haiti and Columbia, which is also in lack of fresh drinkable water.

Barnard says the goal is to cut construction costs down to $100,000 while generating $100,000 from the system, and use that to build more plants. “We hope that one of these systems funds another additional sister system every five years,” he said.

Kiunga’s residents only have to pay about a quarter of a cent per liter of water from the facility. 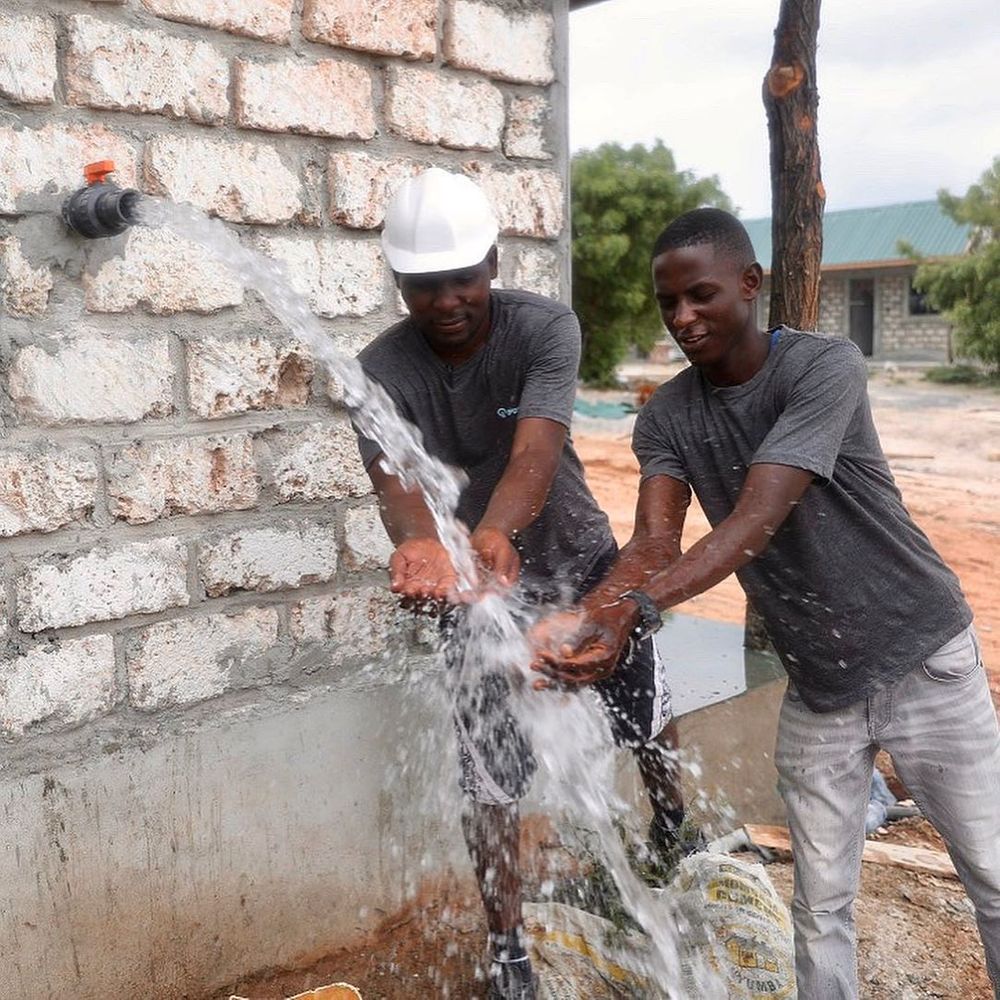 So not only is fresh drinking water suddenly plentiful but soon after it opened, economic activity started spinning off from it.

Women in the village started buying freshwater and selling their services to wash clothing in it. Others buy up water, fill a tank, and take it to outlying communities to sell it. 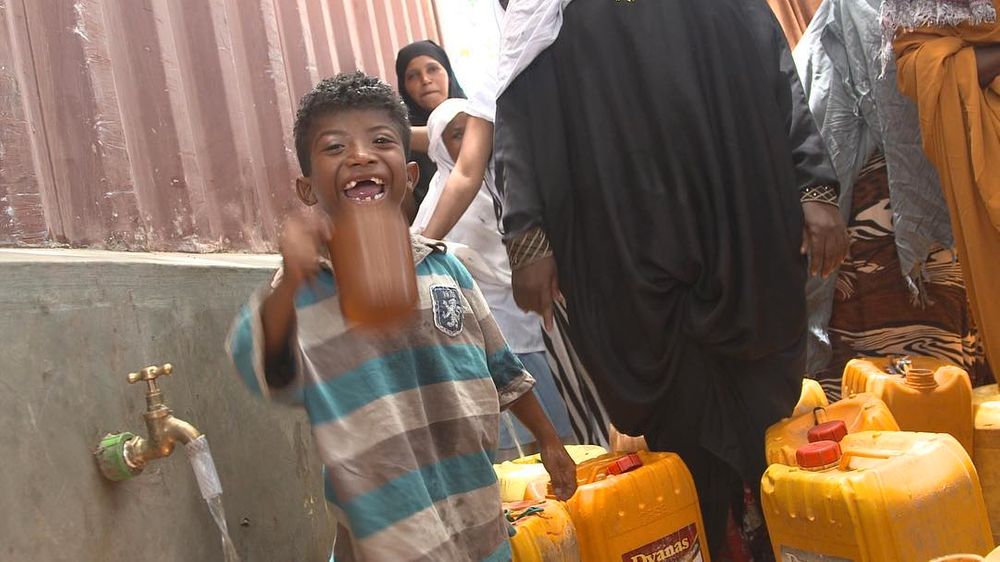 “How awesome would it be if the women could make money off this water and their daughters are sitting in the classroom?” Barnard said.

GivePower is already eyeing other areas that could benefit from solar-powered desalination plants, including sites in Haiti and Colombia.

The half population of the world is endangered by water scarcity by 2025, because at this time only 2.5 percent of the planet’s water is fresh, and due to ice melting and climate changes, this percentage will drop lower. This problem has been tackled by the GivePower, and they are continuing to install solar panels in schools, businesses, and emergency services in 17 countries, but to do this they need funds, which they are doing to improve, not just the access to drinkable water, but also to improve the health conditions of the population and ensure a functioning economy despite the droughts by installing additional solar water farms.