A sculpture by artist Hayat Nazer delivers a message of compassion, peace and reconciliation amid the going protests in Beirut. 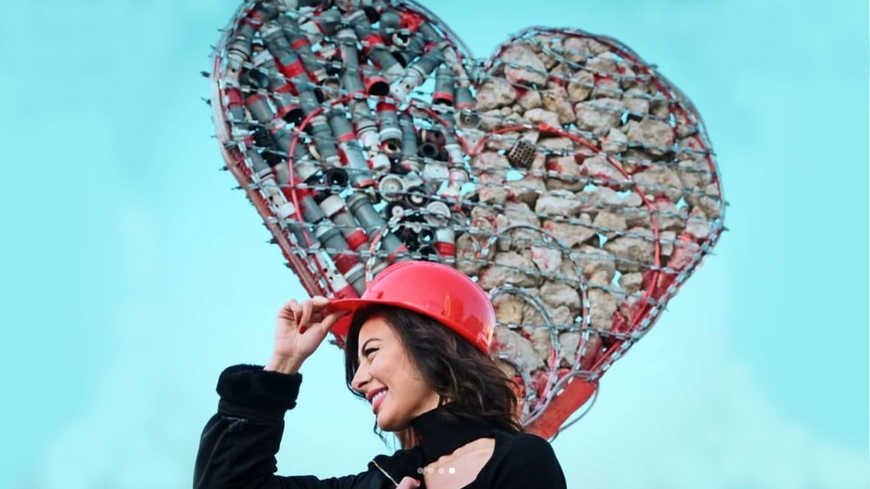 Artist Hayat Nazer stands in front of her heart-shaped installation, made from tear gas canisters, rocks and barbed wire, in Martyrs’ Square, Beirut, in a photo uploaded Feb. 29, 2020. Photo by Instagram/hayat_nazer_v/jadgghorayeb.

A statue of a huge heart has stood on Beirut’s Martyrs’ Square since Valentine’s Day. When darkness sets in, its neon lights illuminate the whole area, casting a heart-shaped shadow on the so-called Wall of Shame, a concrete-and-metal structure built to keep protesters away from the doorsteps of the legislature. The Lebanese artist Hayat Nazer created the installation, filling a heart of barbed wire with tear gas canisters and stones. 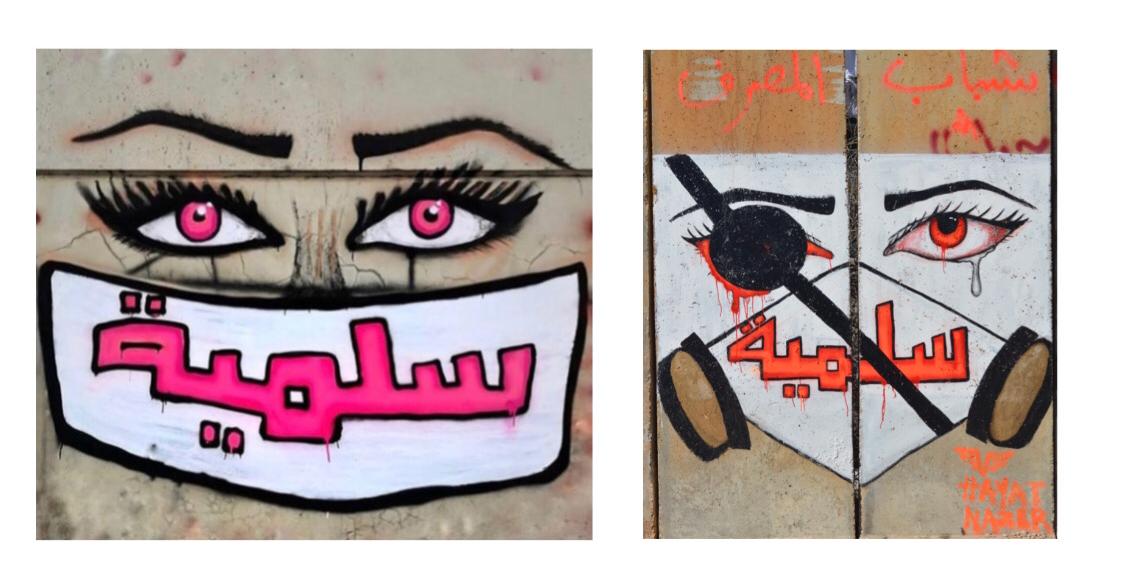 Born and raised in Tripoli, Nazer is a self-taught visual artist and a graduate of the American University in Beirut. Her work with NGOs and humanitarian-focused international organizations has been a source of inspiration for some of her great work.

She was on her way to Beirut on August 4 when a massive stockpile of ammonium nitrite exploded at the port, killing 190 people, injuring more than 6,000 and leaving more than 300,000 displaced from their homes.
Lebanon had already been reeling from months of political turmoil, economic collapse and a worsening coronavirus outbreak. The weight of it all had nearly paralyzed the small country. 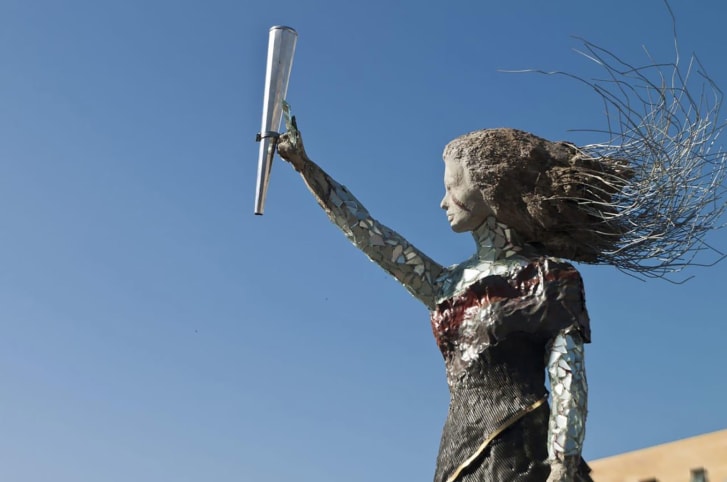 “The explosion broke my heart. I was just devastated. I was traumatized, but honestly, all of us in Lebanon are traumatized,” Nazer, 33, told CNN.
Like many residents, she joined efforts to clean debris and restore the city to its former glory. That’s when she got the idea to use some of what she found to create a statue that could inspire her people to unite and rebuild.
“When I’m feeling that way I just try to help, and fix and heal through art, so this is my way of accepting reality and trying to build my people back up,” she said. 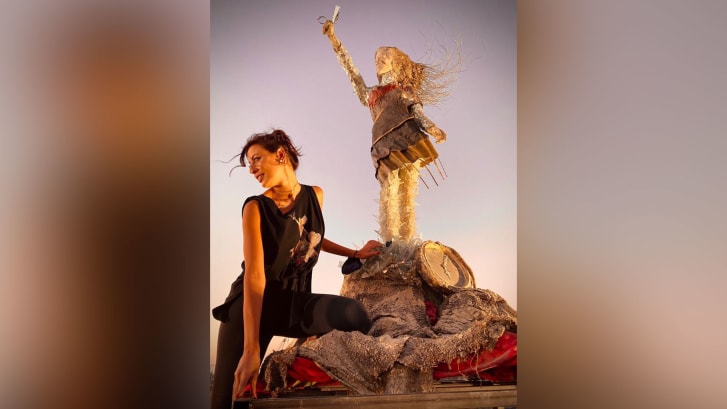 Nazer stands beside her sculpture of a woman made entirely from Beirut port explosion debris. Credit: Courtesy Hayat Nazer

For weeks, Nazer walked the streets of Beirut, collecting twisted metal, broken glass and people’s discarded belongings to use in the sculpture.
“I traveled to people’s homes after they were destroyed by the explosion and told them, ‘I just want you to give me anything I can include to make you a part of my sculpture,'” Nazer said. 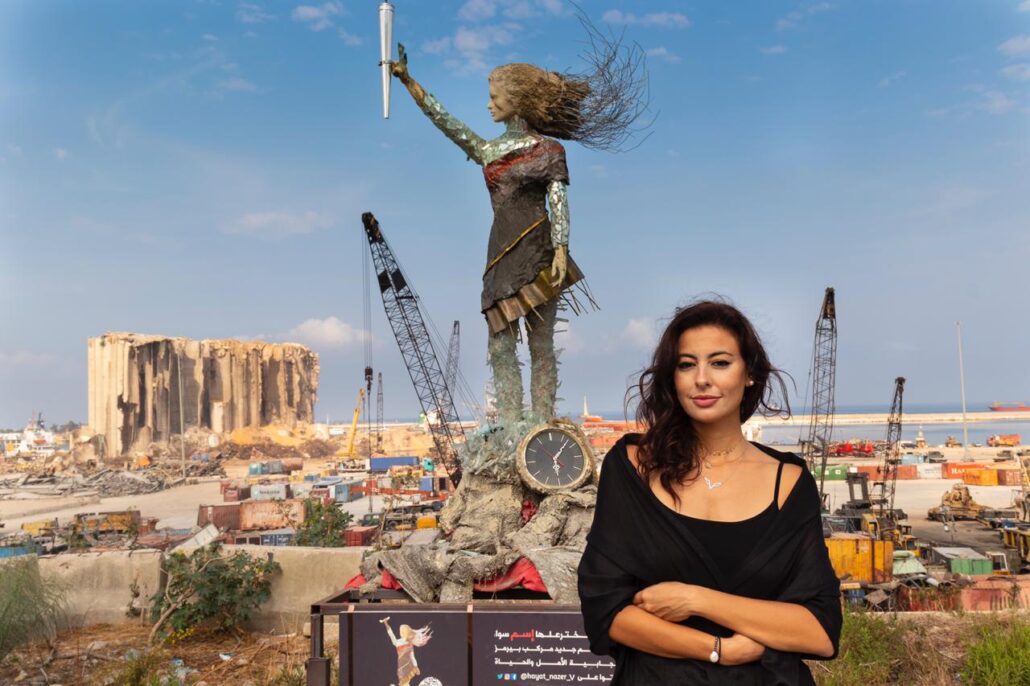 “I was shocked. People gave me such valuable things — things from their childhood, their grandparents who died in the civil war, things they wanted to save for their children. So many emotions went into this.”
When Nazer finally had enough items, she put them together — creating a woman raising Lebanon’s flag, her hair and dress flowing in the wind. The sculpture, which still doesn’t have a name, even features a damaged clock stuck at 6:08, the moment of the explosion. 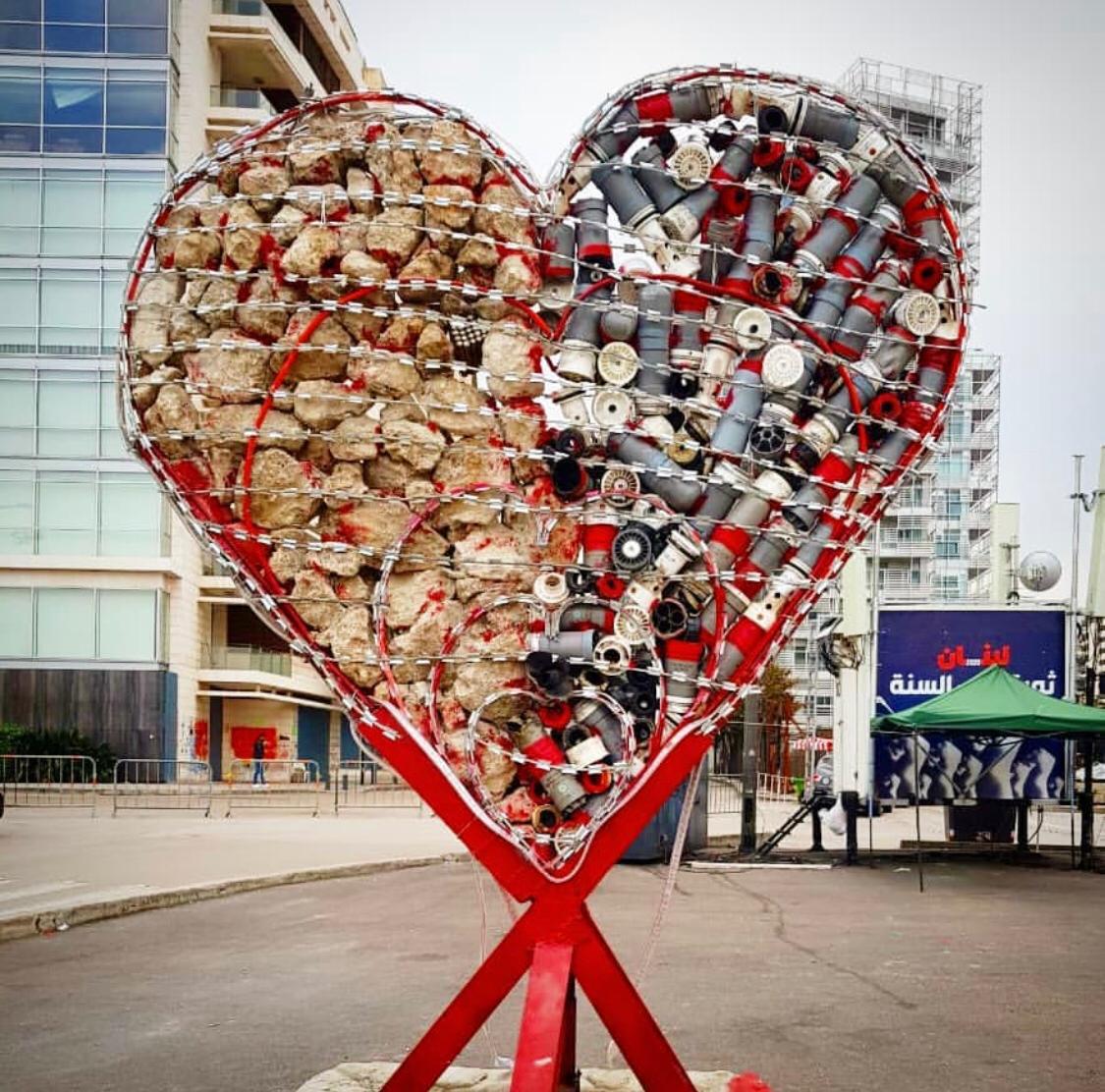 For Nazer, the process was cathartic. But it wasn’t the first time she had created a work of art inspired by Lebanon’s social and political troubles.
Before the explosion, as the country descended into months of protests against the country’s ruling elite, Nazer left her job in communications to create art in hopes of inspiring change. 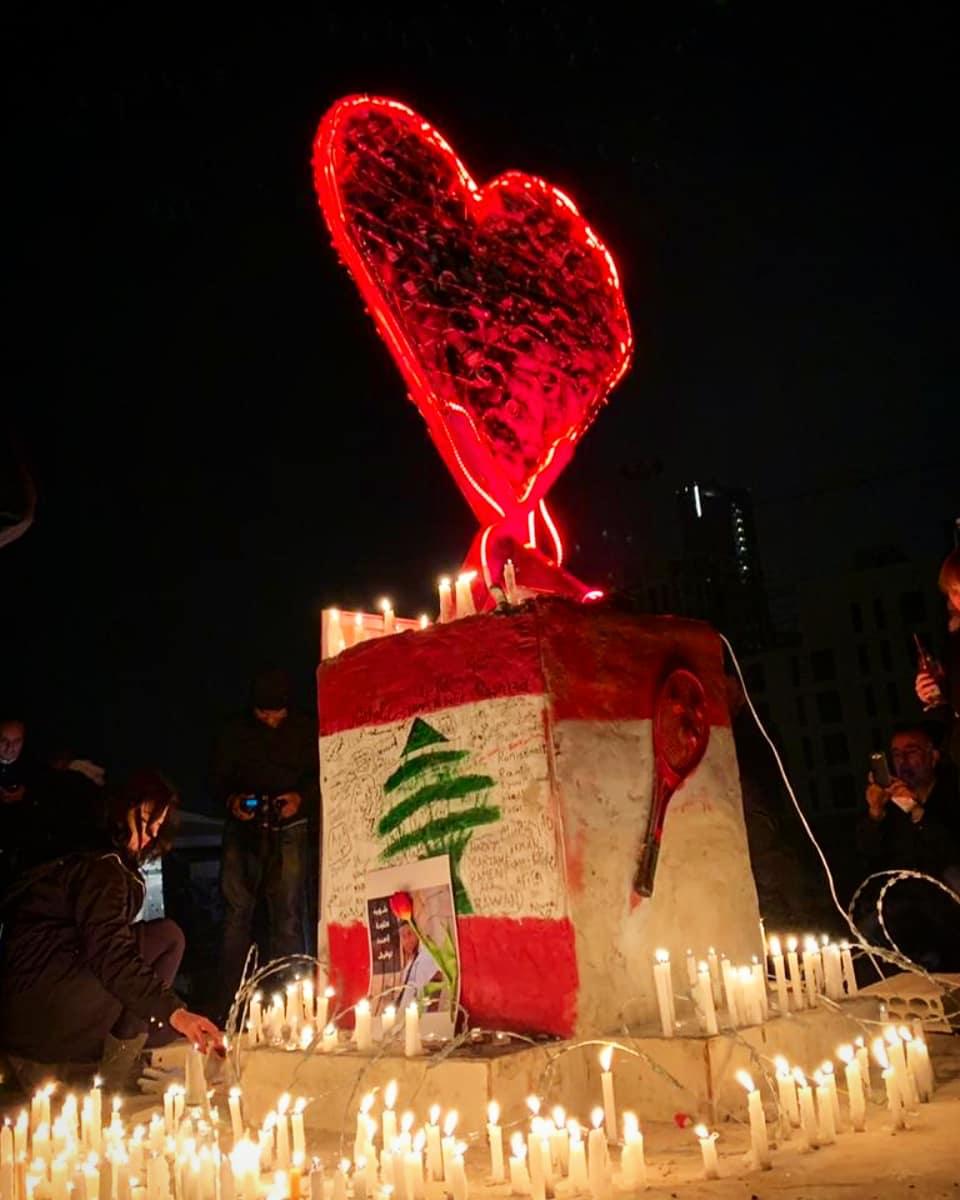 “I suddenly started feeling the need to paint,” Nazer said. “It was a need that I couldn’t stop. I had to quit my job because I felt like I just couldn’t make the change I want to see in the world without focusing on my art.”
Her works include other found object sculptures, as well as graffiti and paintings on canvas.
In 2019, she created a sculpture called “The Phoenix,” which was made from tents broken by counterprotesters during the country’s political upheaval. The work depicts the mythological bird rising from ashes. She also created a giant heart from stones and tear gas canisters left over from riots. 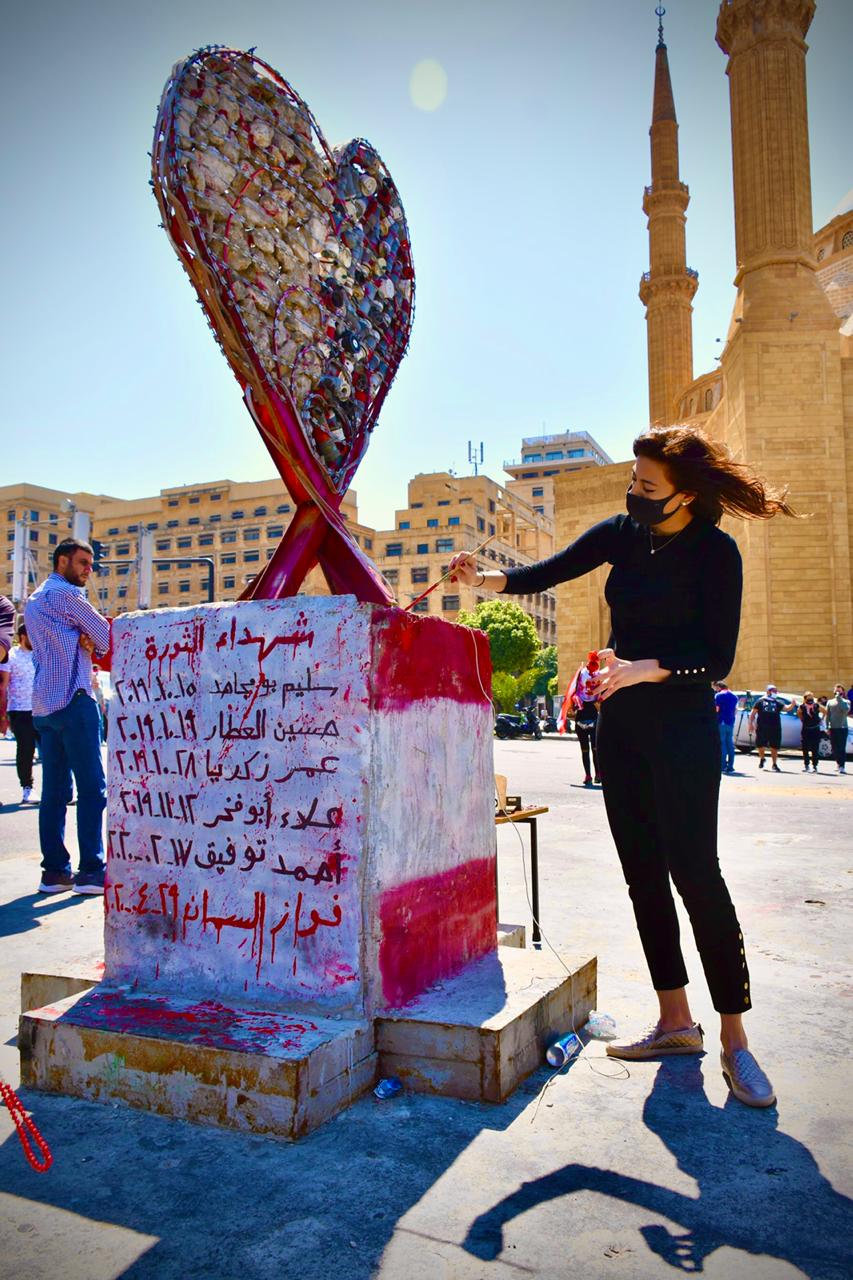 Nazer, who chronicles her projects on Instagram, said most of her work has been destroyed by authorities who don’t take kindly to criticism of the government.
She fears the same fate will befall her latest work, the sculpted woman. “After an explosion, you can build back homes and buildings, but what you can’t bring back are memories. And throughout Lebanon’s history, our government removes anything that reminds us of what has been done to us,” Nazer said.
“That’s what makes this project so special. It’s fighting. We’re raising our voices through art. We’re telling our own stories.” 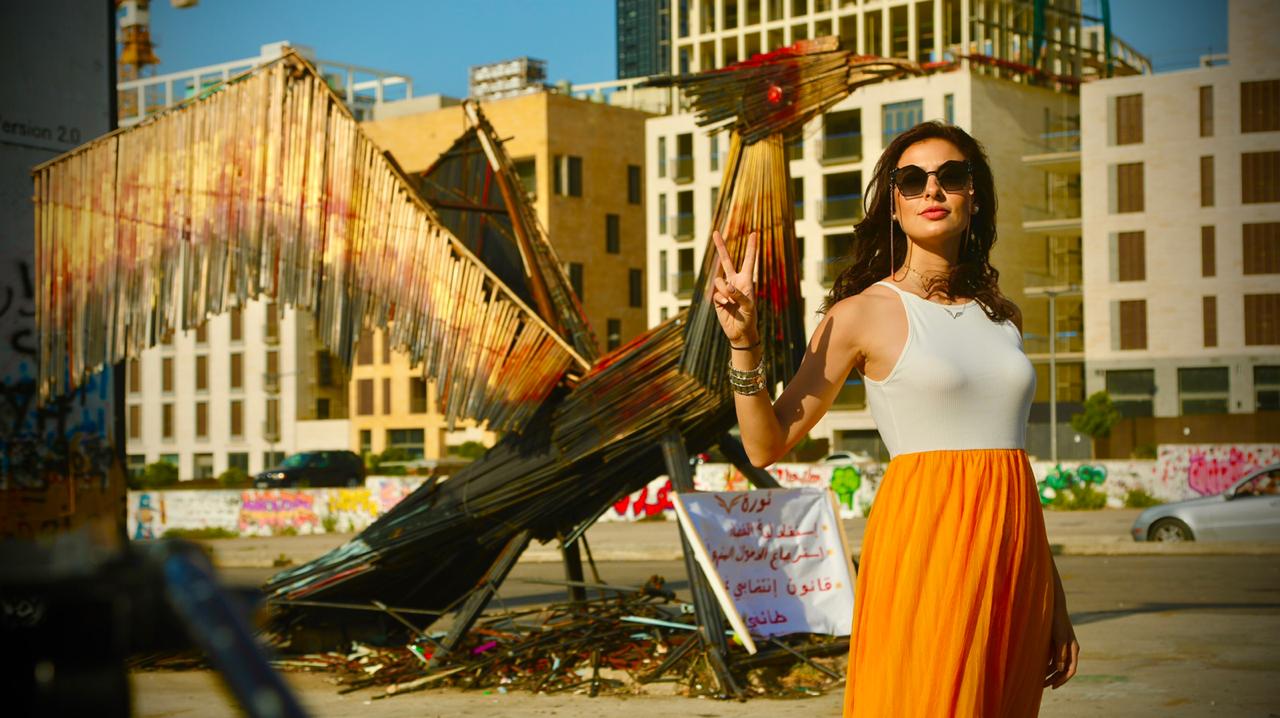 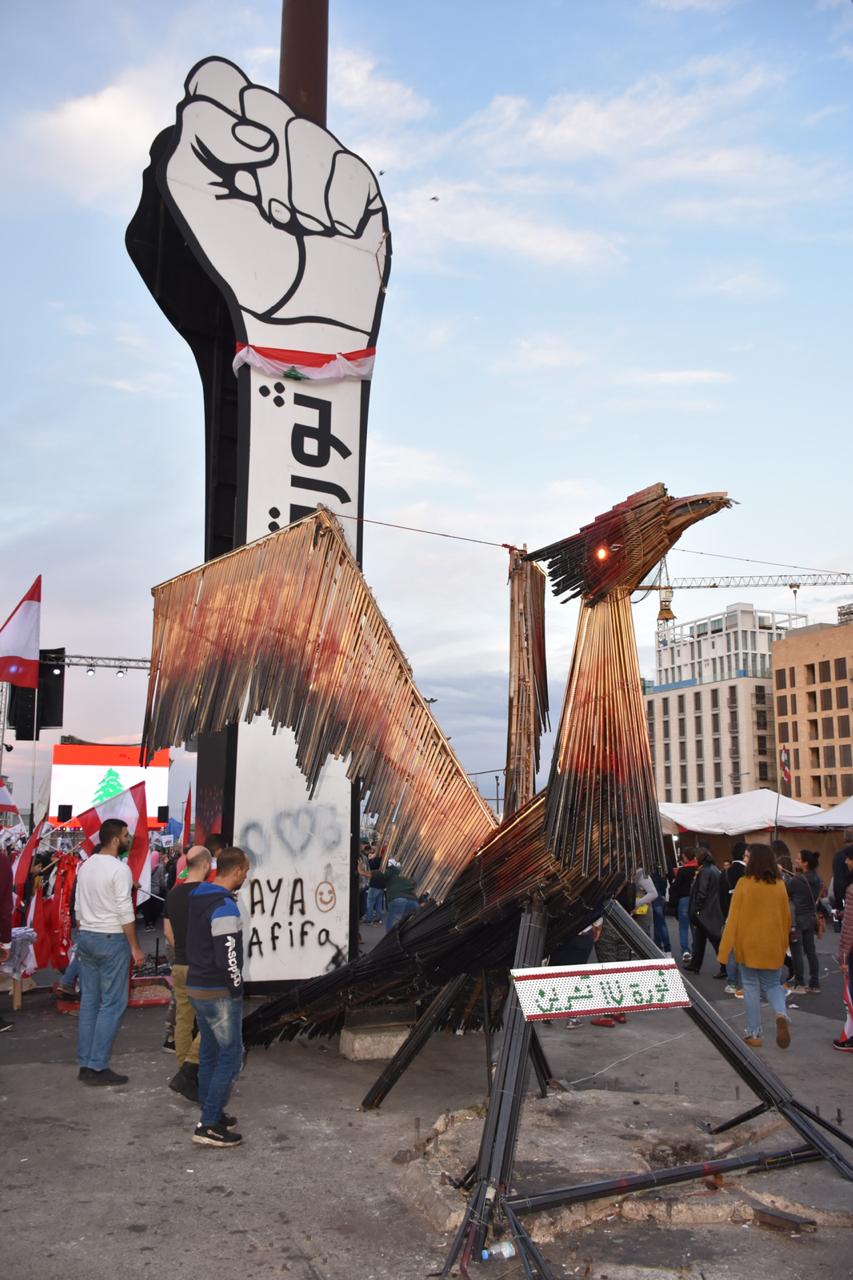 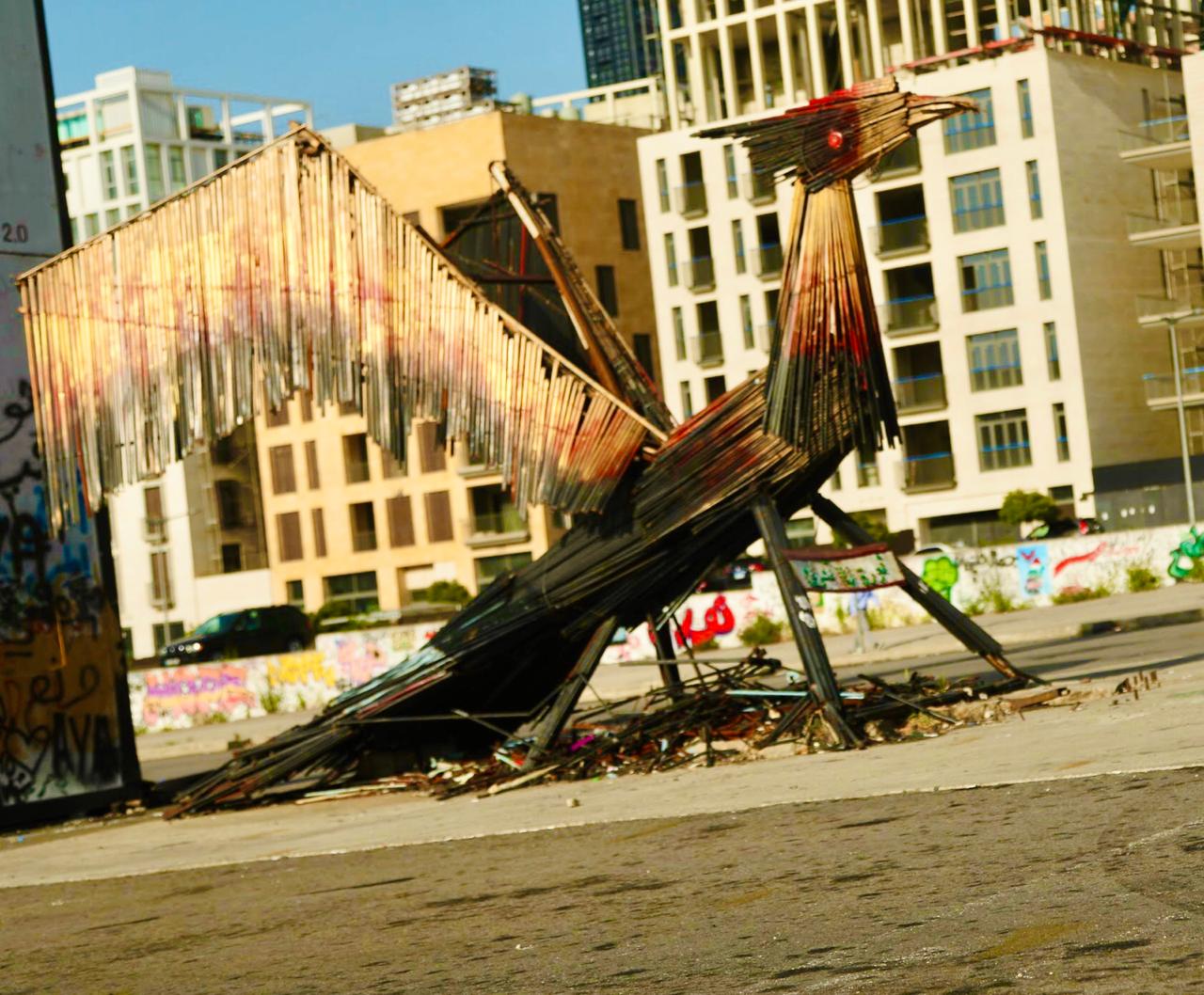 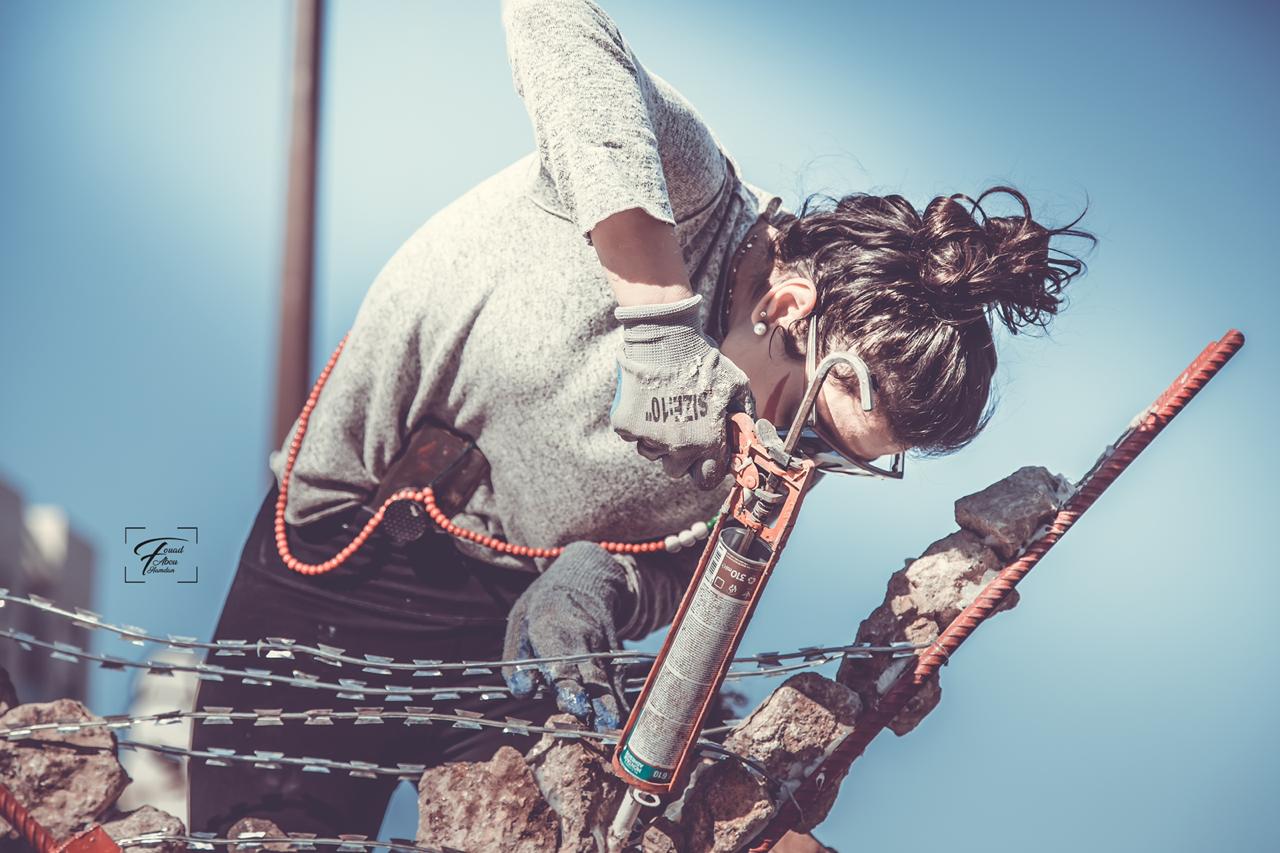