The Perfect Gift For ‘Harry Potter’ Fans: Memo Pad That Reveals Hogwarts Castle As You Tear Each Sheet

If you are looking for a super cool way to keep track of your notes this is it!!

A Japanese company called Triad created a magnificent Omoshiori Block memo pad for every Harry Potter fan. As you tear and use each page from the memo pad, the Hogwarts Castle is appearing along the spine of the pad. When you finish all the pages, you will have your very own replica of the wizarding school to add to your shelf or desk.

The more memos you write and tear away, the more of the majestic and detailed model of the building you can see.

At first glance, it looks like a normal notepad, but as you use it, elaborate objects will appear at the end. 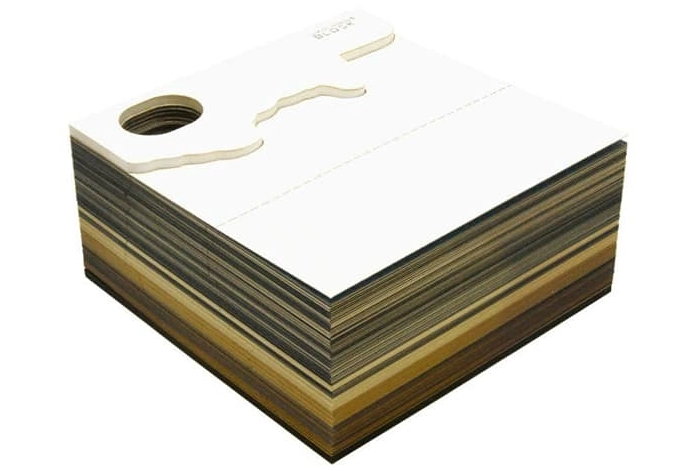 Each first-class architect puts effort into the design of the model, creates the details of the building, and devises so that the building can be reproduced as it is. “OMOSHIROI BLOCK” is gaining popularity not only in Japan but also in the world.

The Triad Inc. team revealed that the entire project took around a year, from product planning and prototype development to product manufacture and PR videos. Read on for the full interview. 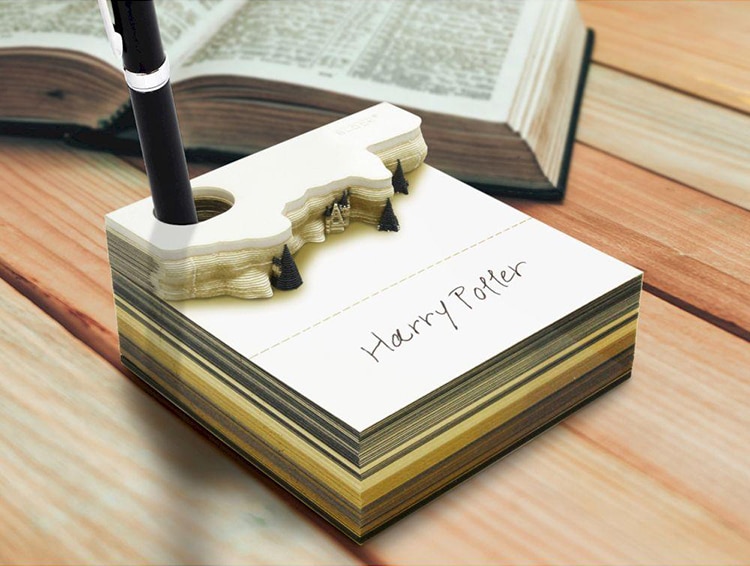 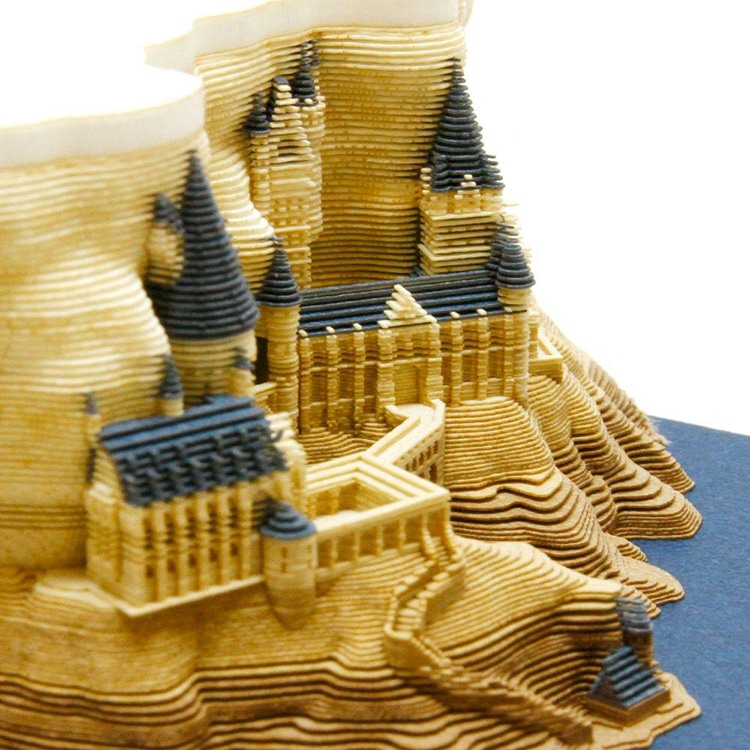 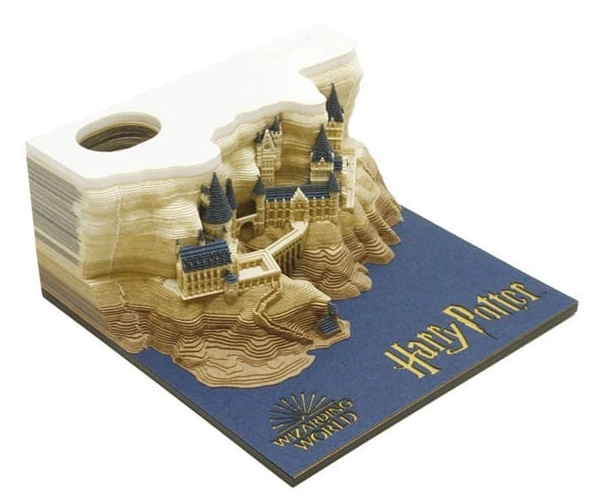 Triad Inc. confirmed to Bored Panda that their Omoshiroi Block products can be shipped to most countries and regions around the world from their online store. However, for the Harry Potter Omoshiroi Block, the distributor is Fox Co., Ltd., so it can be bought directly at their managed stores and online shops.

According to the Triad Inc. team, Omoshiroi Block products have been on sale since December 2017. However, product development started way back in 2012.

“Omoshiroi Block is based on the following concept: ‘Memory X Moment X Sculpture = Memo sculpture,” a representative of Triad Inc. told Bored Panda. “We have a strong interest in creating objects and products that make people enjoy the passage of time while using them. Through Omoshiroi Block, we hope people can cherish precious memories and a moving experience deeply in their hearts.”

Their aim is to create products that can be “loved and cherished for a long time,” instead of making things that are temporarily trendy.

“From October of this year, we will accept pre-order sales of the 2021 Omoshiroi Calendar at our online store, available to be shipped around the world. Last year, this calendar (which uses the same concept of Omoshiroi Block) was a product sold only at Tokyu Hands stores in Japan,” they added. 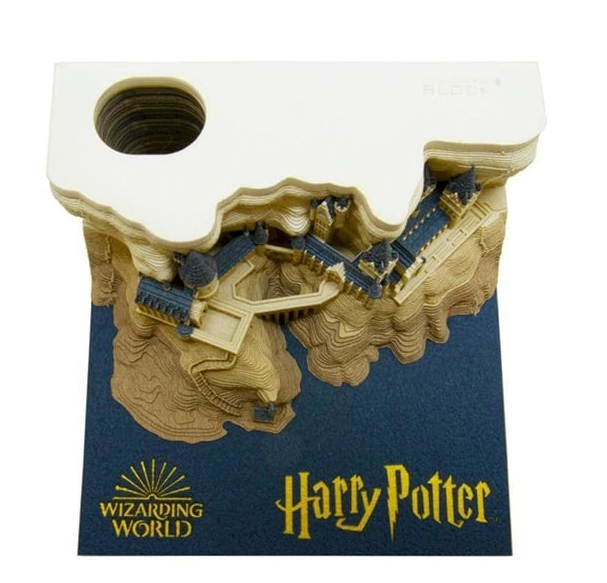 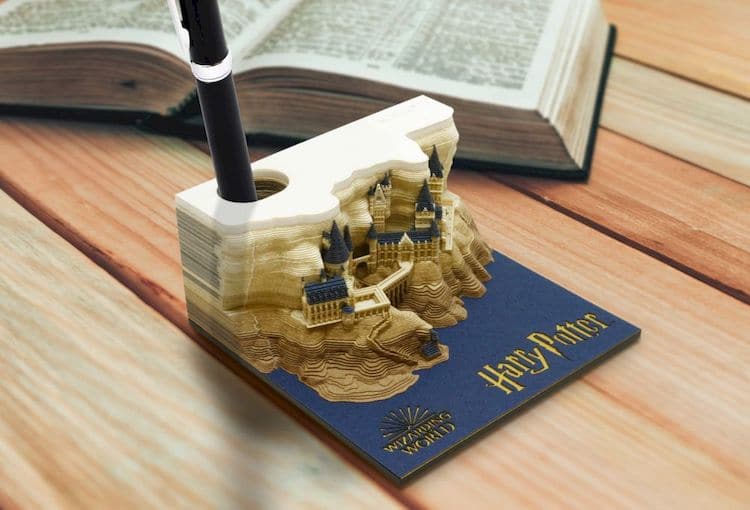 ‘Omoshiroi’ is Japanese for ‘interesting’ or ‘entertaining,’ and Triad Inc.’s memo pads try to be just that. The Hogwarts memo pad is a collaboration between Triad Inc., Fox Inc., and Warner Brothers Consumer Products.

The Harry Potter Hogwarts memo pad has 150 pieces of paper. But before you decide you can’t wait to order the model, you might want to head on over to Gringotts and get some golden Galleons from the goblins.

The memo pad costs 19,800 yen which is just over 190 dollars (or 160.7 euros). Now, that’s not just some spare change lying around in your pocket or under your couch cushions. But you’re paying for quality.

When you use up the memo pad paper, the model’s there to stay for as long as you want. So think of it less as an office curio and more of a permanent collection piece to add to your Potterhead collection.

If you’re not a fan of HP, there are plenty of different Omoshiroi Blocks available. A lot of them feature beautiful Japanese scenes: from landscapes and gorgeous historic buildings to iconic art pieces like the Great Wave off Kanagawa. Go check them out. 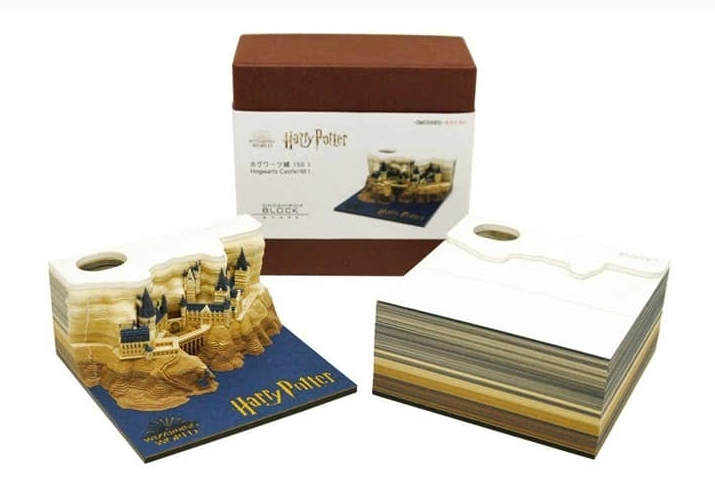 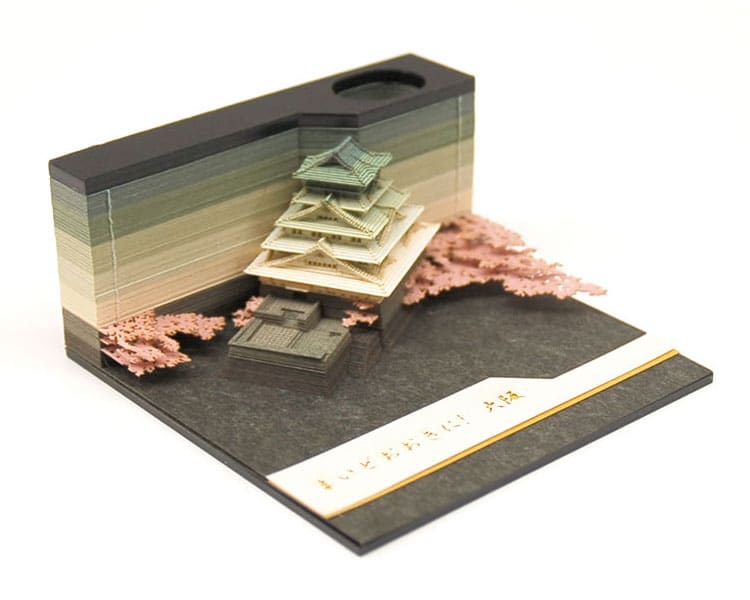 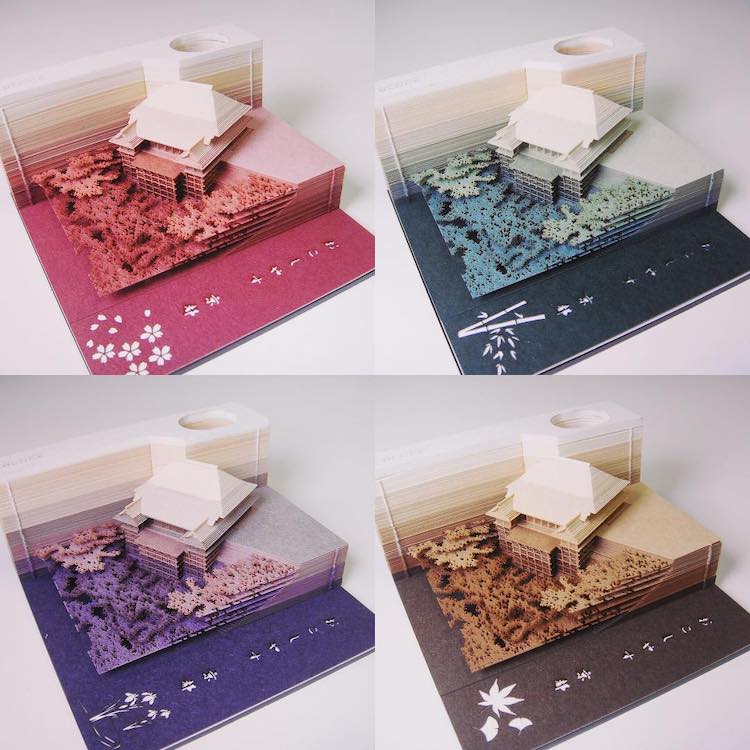 Some people really liked the concept, but some thought it was a tad too expensive

For people that have never seen or heard of Harry Potter, it’s a fictional universe filled with fantasy, mythology, and sci-fi elements. The seven-book series was written by J.K. Rowling in 1997 and each book goes through one year with the main character, Harry Potter. Almost all of the journey through the books goes through the magical school in England called Hogwarts. Only people with magic can see this castle in its full beauty, whereas people who cannot perform magic see it as a ruined building. The book series sold over 400 million copies worldwide and it was translated in 167 languages. From the books, there are eight movies created (the 7th book has two parts) and all of them have been major hits. Even though they don’t fully explain the books completely (I think no movie can ever explain the book fully), they still are a great watch if you’re into fantasy and magic.

"I Visited The World's Largest Buddhist Settlement To Bring Back These Photos" Previous post
Game-Changer Plane Seats: Zephyr Aerospace Unveils Seat Design To Allow Economy Passengers To Lie Down And Sleep Next post