“The Whale” Museum: Visitor Attraction Inside The Arctic Circle

Danish architecture studio Dorte Mandrup designed the plans for “the Whale,” a whale-spotting platform and museum expected to open in 2022 near the village of Andenes on the northern island of Andøya, Norway. 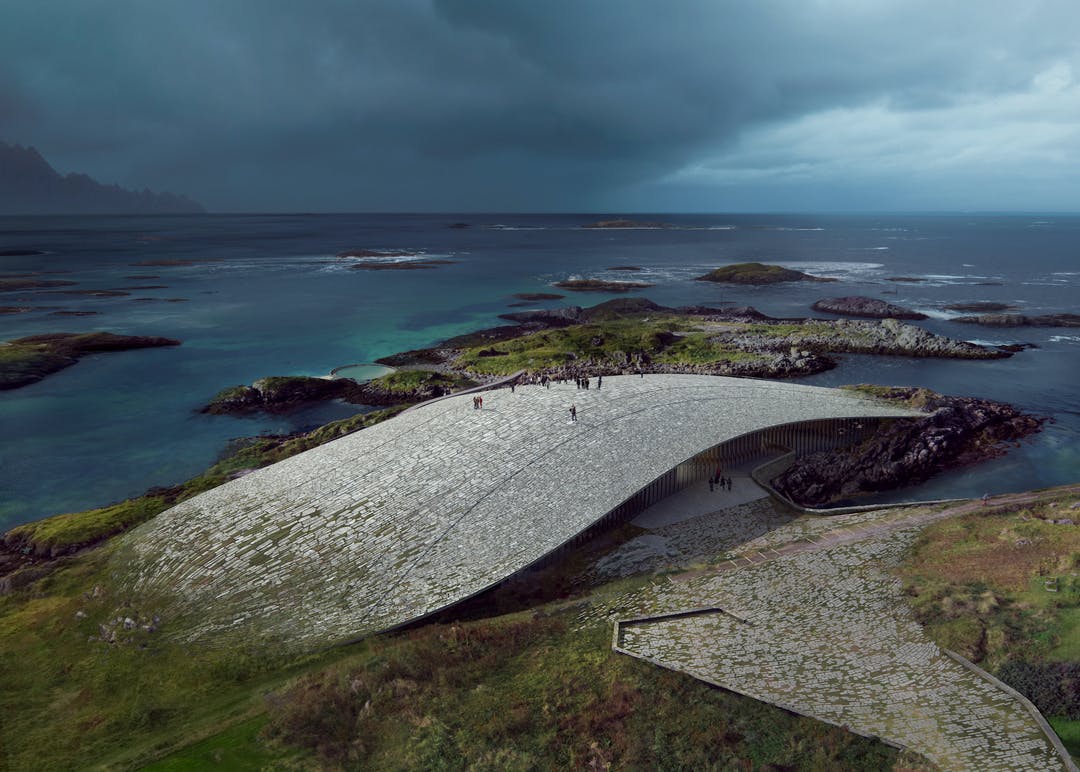 Norway is home to some impressive architectural attractions, including a contemporary art museum that doubles as a twisting bridge above a river (north of Oslo) and a semi-submerged structure on the country’s southern coast that’s considered the world’s largest underwater restaurant. An equally mind-blowing building is expected to open in 2022 on the rugged coast of Andøya, the northernmost island in Norway’s Vesterålen archipelago: Dubbed “the Whale,” the design-forward structure will serve as a coastal viewpoint and an educational museum for visitors seeking out the area’s abundant marine wildlife.

Designed by the Copenhagen-based architecture studio Dorte Mandrup, the waterfront site will be located on Andøya’s northern tip in Andenes, a coastal village that welcomes around 50,000 visitors each year for its world-class whale-watching opportunities. Because of the island’s location about 184 miles north of the Arctic Circle, the surrounding cold, deep waters attract abundant squid, which in turn draw large numbers of whales to the areas offshore. It’s possible to spot pilot, minke, and sperm whales near Andenes from June to August, and during winter, orcas and humpback whales migrate through the fjords of Vesterålen as well as through the Lofoten archipelago, located just to the south. 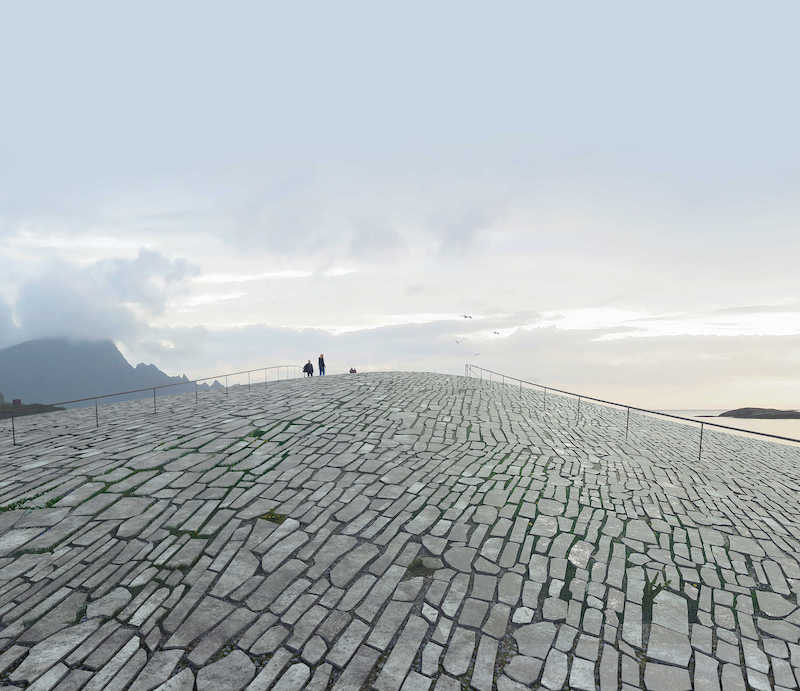 The Whale’s goals are to strengthen Northern Norway as a travel destination and protect the marine environment and its wildlife through art, science, and architecture. “Not only will we be creating architecture in yet another remarkable landscape, but we will also take part in increasing the understanding of whales and preservation of marine life,” said Founder and Creative Director, Dorte Mandrup. “Right here on the edge of the ocean, we will be making a mark in a magnificent and ancient landscape. 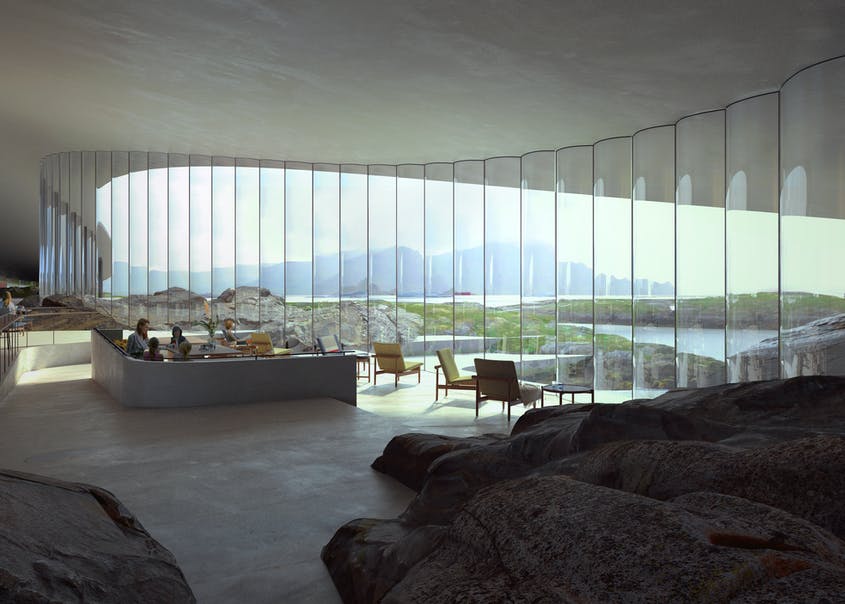 The unique museum will be constructed to resemble a large stone that “grows out of the landscape” and “rises naturally as a soft hill on the rocky shore,” according to a press release from the Danish architecture firm. The Whale’s stone-covered rooftop, also its whale-spotting platform, will consist of a single, parabolic concrete “shell”—the curved shape of which Dorte Mandrup says will minimize the building’s overall material use as part of an effort to maintain a sustainable design for the structure. Visitors will be able to walk directly onto the rooftop from the ground areas on either side of the sloped platform. 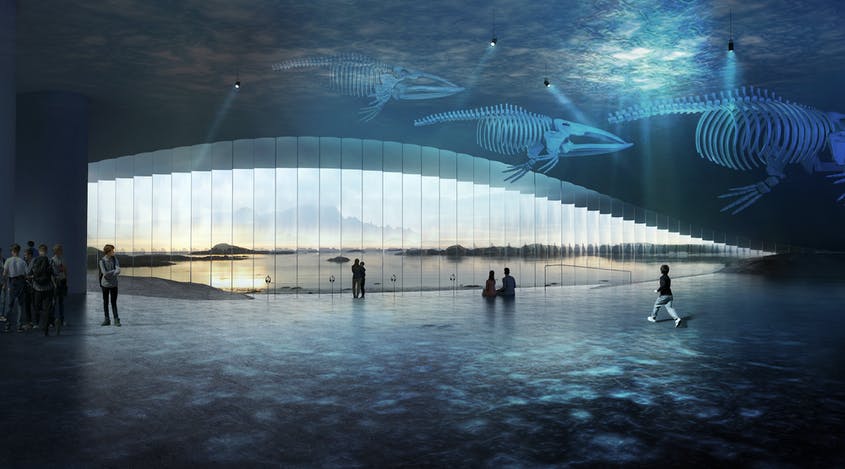 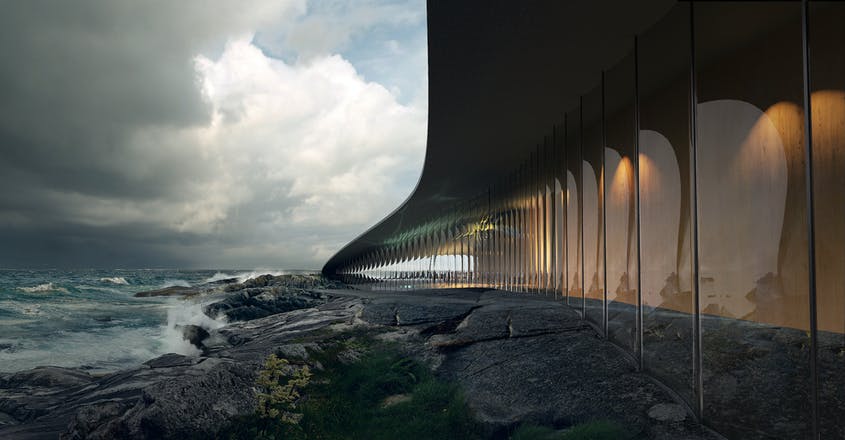 Beyond its open-air coastal viewpoint, the Whale will house sprawling exhibition spaces with whale-related artifacts, a café, and museum store. Visitors will also be able to watch for migrating whales from inside the exhibition spaces, which are lined with floor-to-ceiling windows that look out onto the Norwegian Sea. 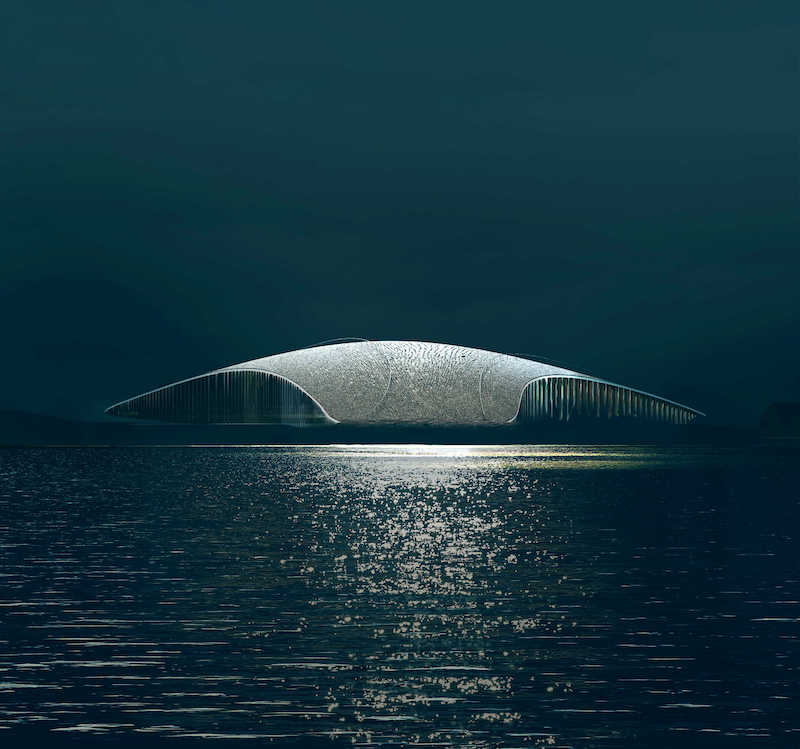 The Whale’s overall mission is to “create awareness and inspire [the] conservation of whales and their environment,” according to a press release for the planned museum. While it isn’t expected to debut in northern Norway for at least another couple of years, the good news is that the Scandinavian country is home to plenty of other extraordinary structures you can visit in the meantime, from museums and restaurants housed in boundary-pushing buildings to a $2 million frosted glass restroom that overlooks the Norwegian Scenic Route Helgelandskysten. 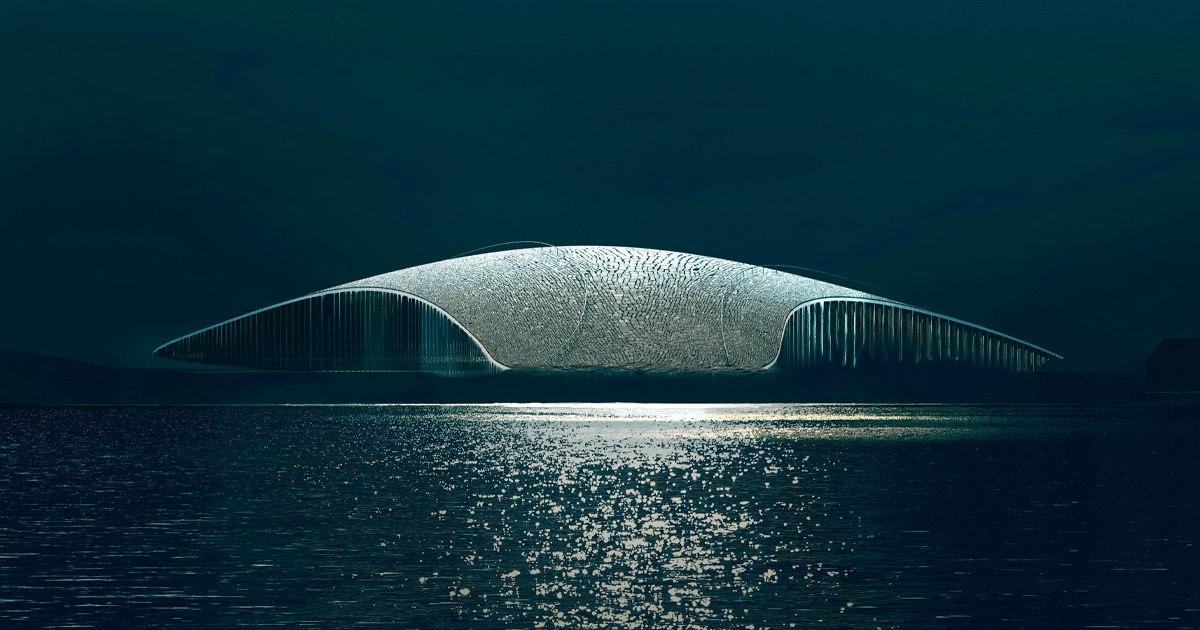