Luo Li Rong is a Chinese artist who lives in Belgium for several years now. At a very young age she began sculpting and she studied art at the prestigious Academy of Fine Arts (CAFA) in Beijing. When she graduated, she was honored and became a member of the workshop of the master Sun Jiabao. There she immersed herself in classical figurative sculpture. The goal was to be one in spirit with the model.

After her training, she received many commissions and worked on projects and sculptures in public, including the 2008 Olympic Games in Beijing.

In Belgium, she remains true to her principles. She is continuing with her work and concentrates on the techniques of the sculptors of Europe from the Renaissance, Baroque and other periods. Her sculptures dazzle the viewer with their beauty, craftsmanship, and above all femininity.

From the surreal to the sublime and everywhere in between, Chinese artist Luo Li Rong produces realistic sculptures that convey the beauty and grace of the human figure. Working primarily in bronze, her life-size creations feature women in motion.

They strike elegant poses that elongate their bodies with a seemingly windswept appearance; their hair and clothing look as though they’re being moved by a gentle breeze. This creates a compelling dichotomy; while there is an impressive dedication to realism—Rong is careful to detail each delicate fold of the skin—there’s also a fantastical element to her work, as her characters reside on clouds and hold raindrops in their hands. 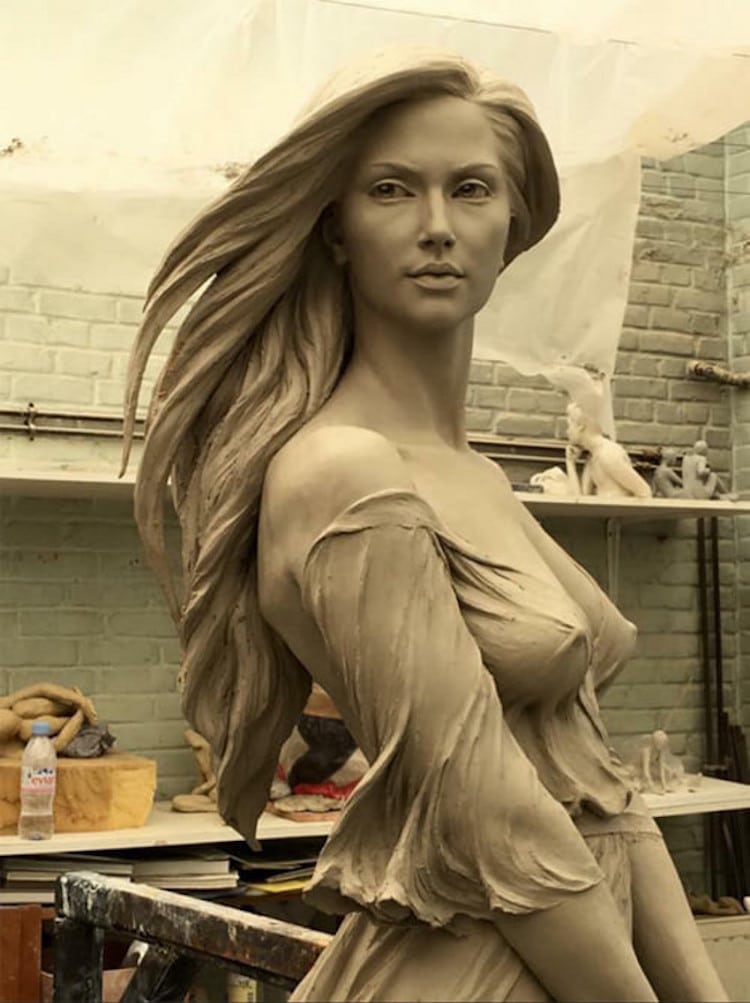 Rong has pursued sculpting since an early age. She studied art at the Academy of Fine Arts in Beijing, then under the tutelage of sculptor Wang Du, and later she “immersed herself” in figurative sculpture techniques used by European artists in the Renaissance and Baroque periods. Their sense of femininity plays a defining role in Rong’s contemporary works, and the stylistic guidelines help carry on the tradition of realistic sculptures in art. 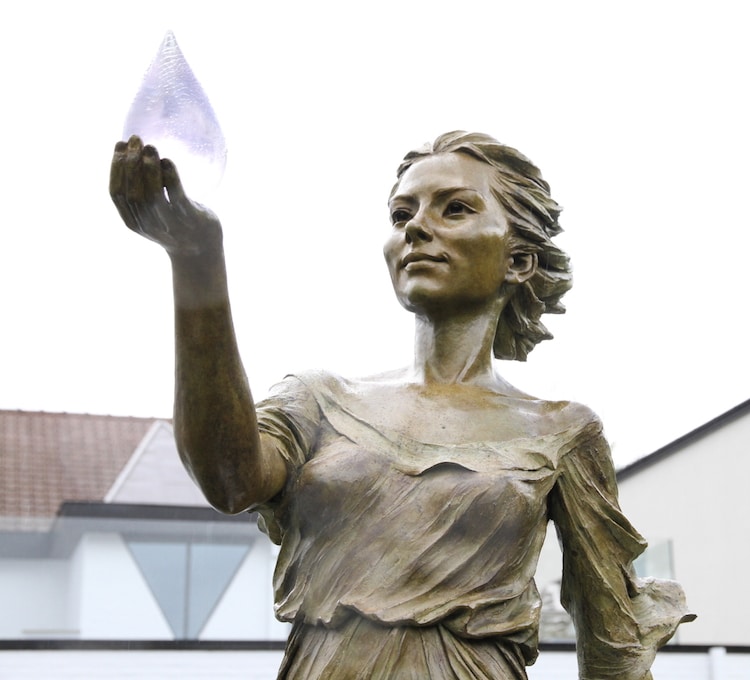 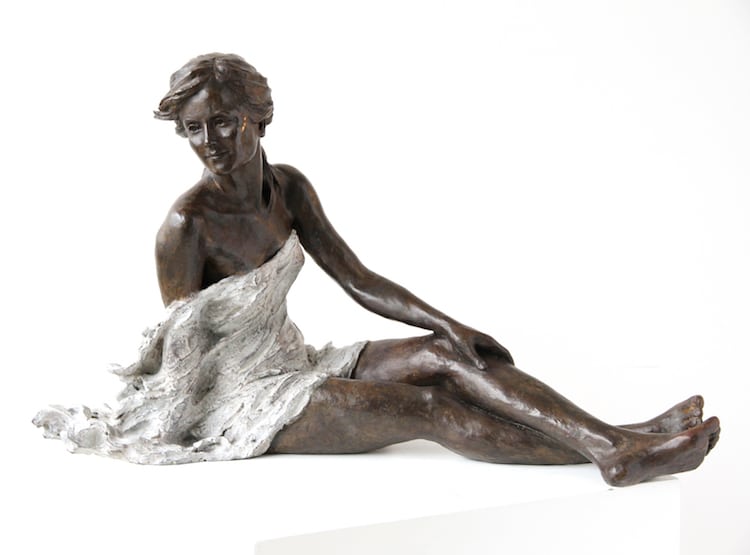 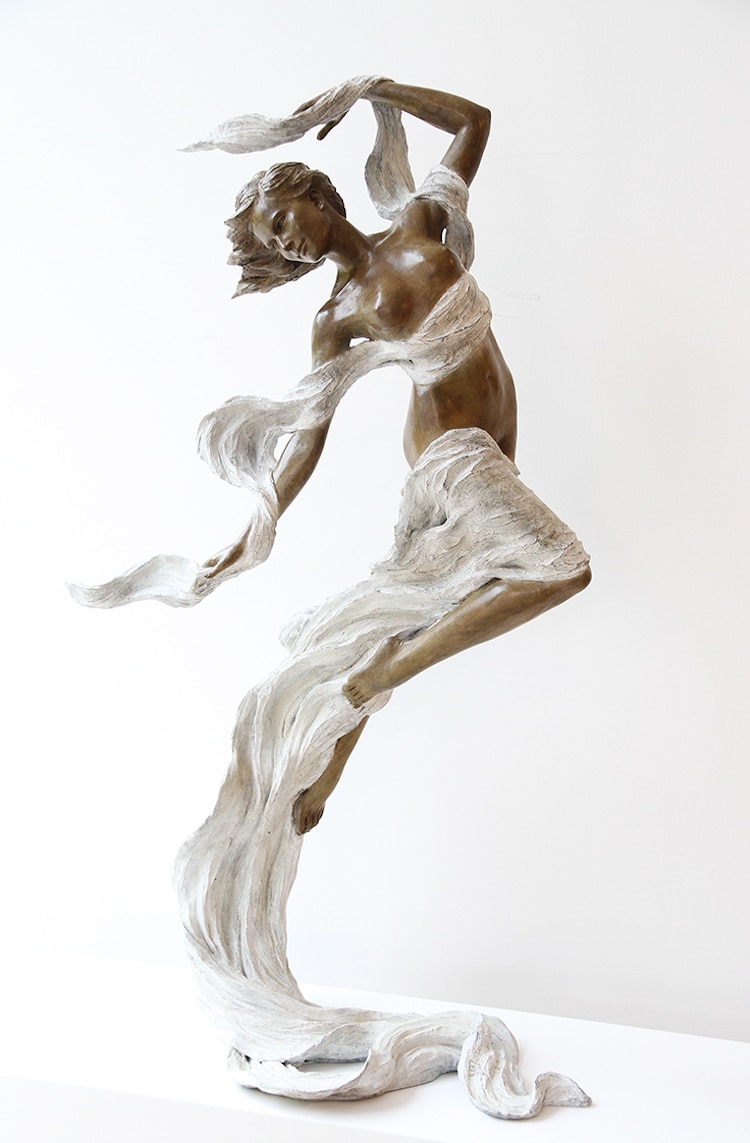 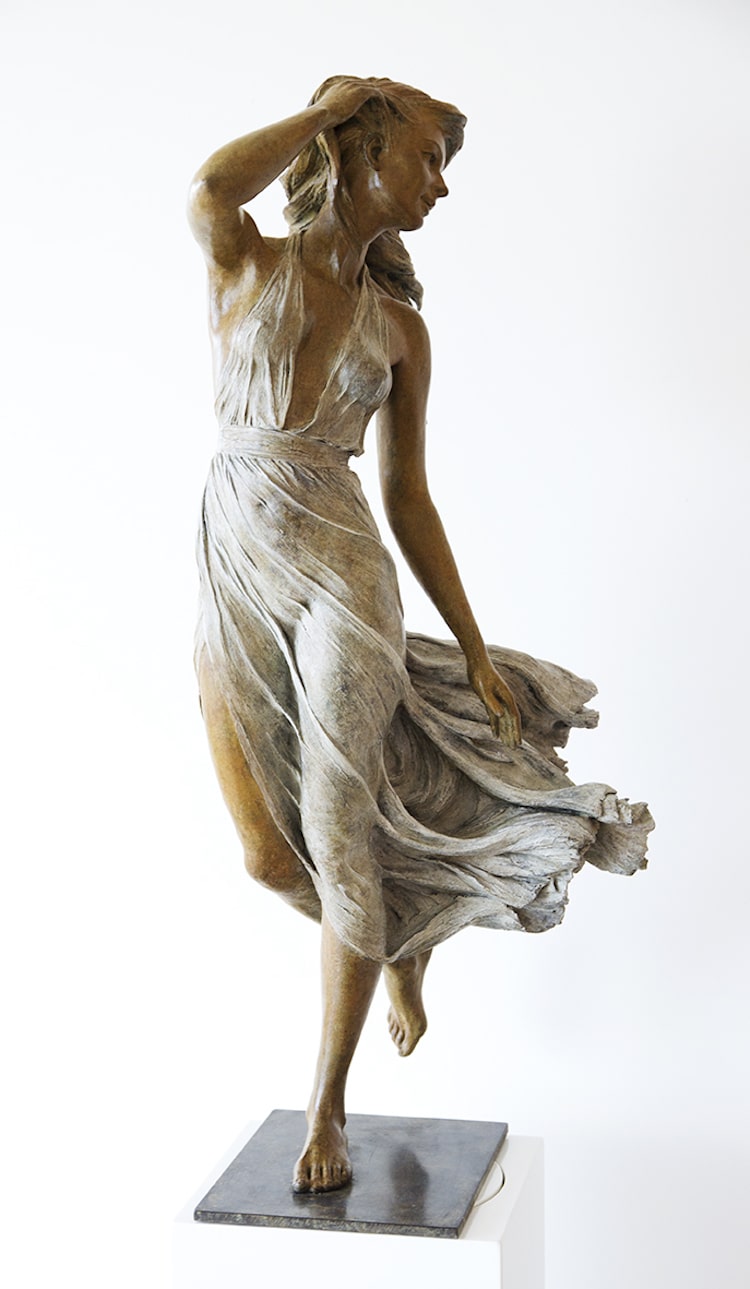 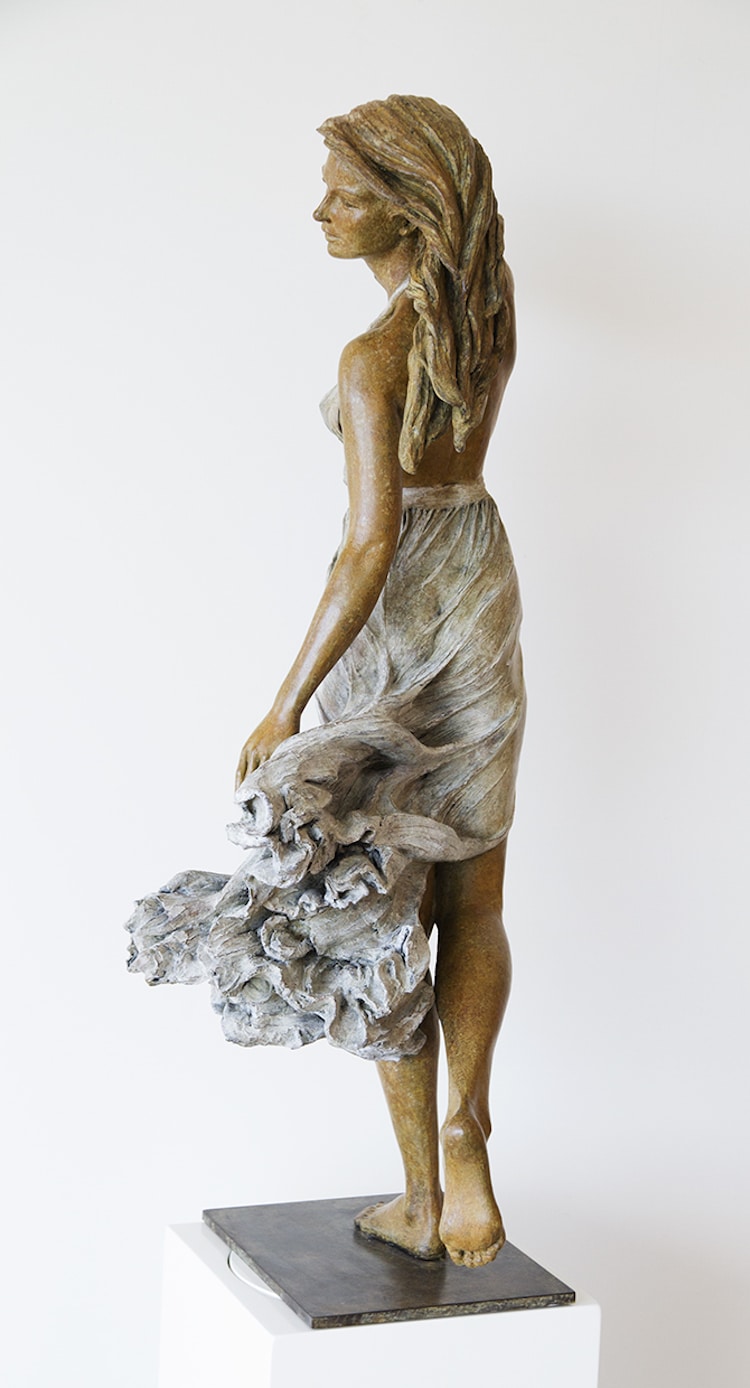 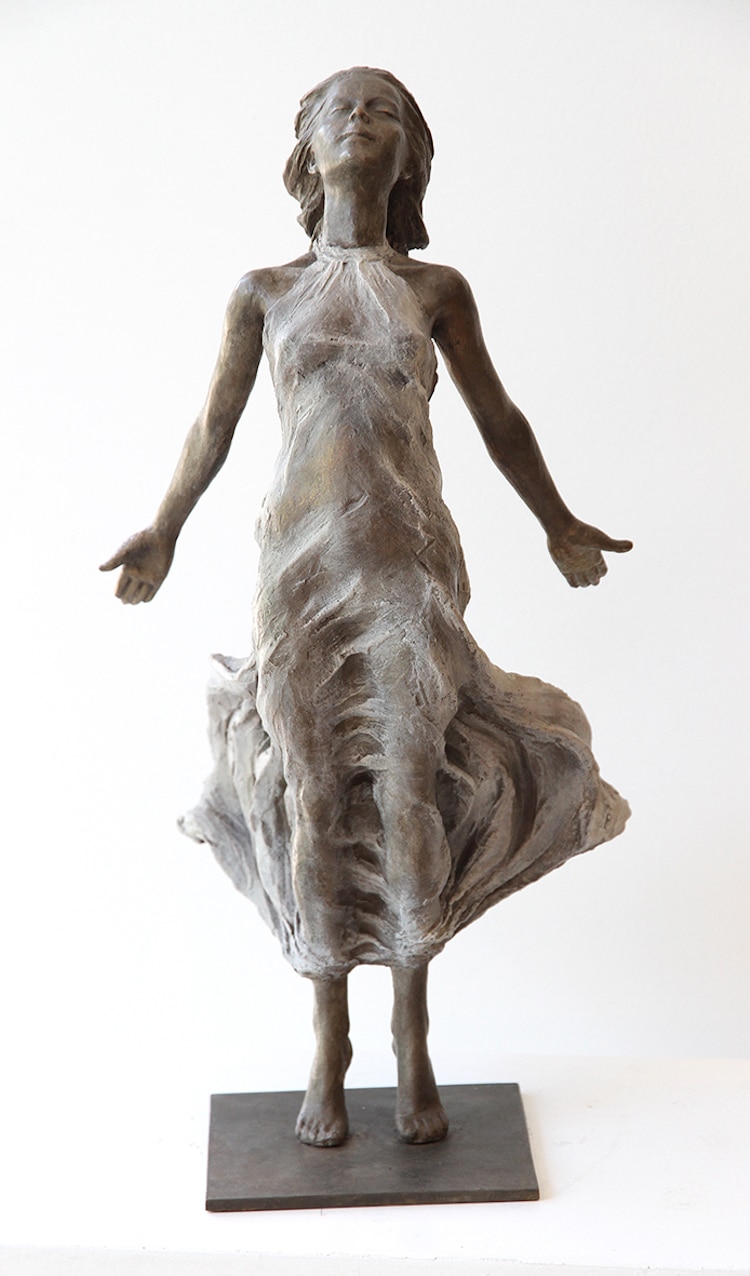 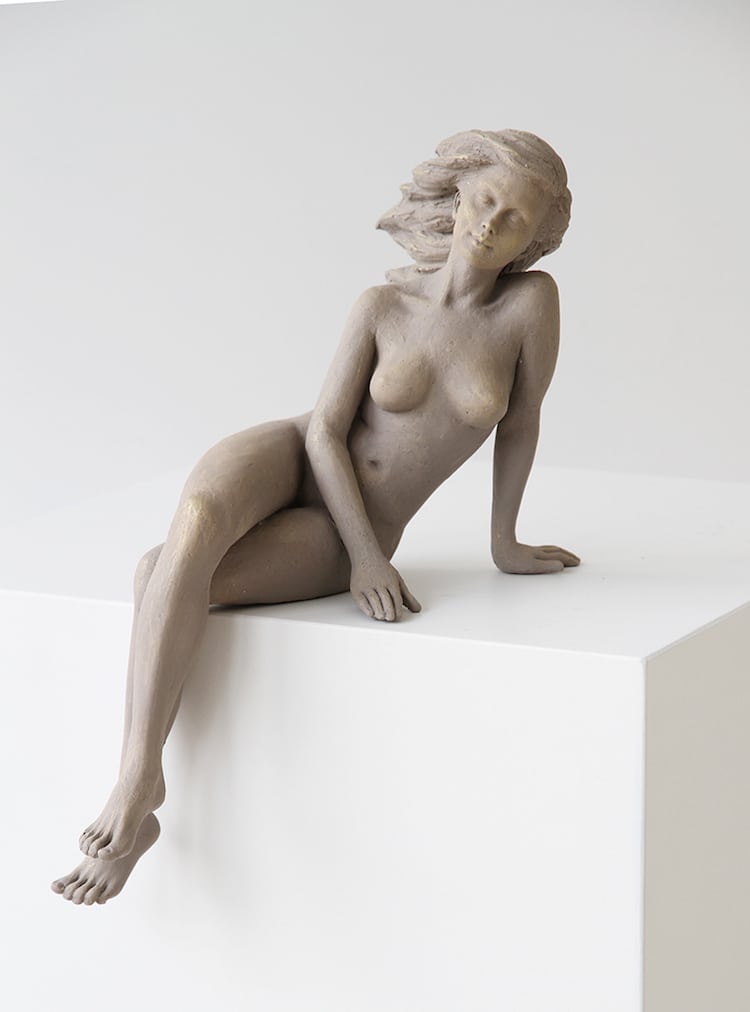 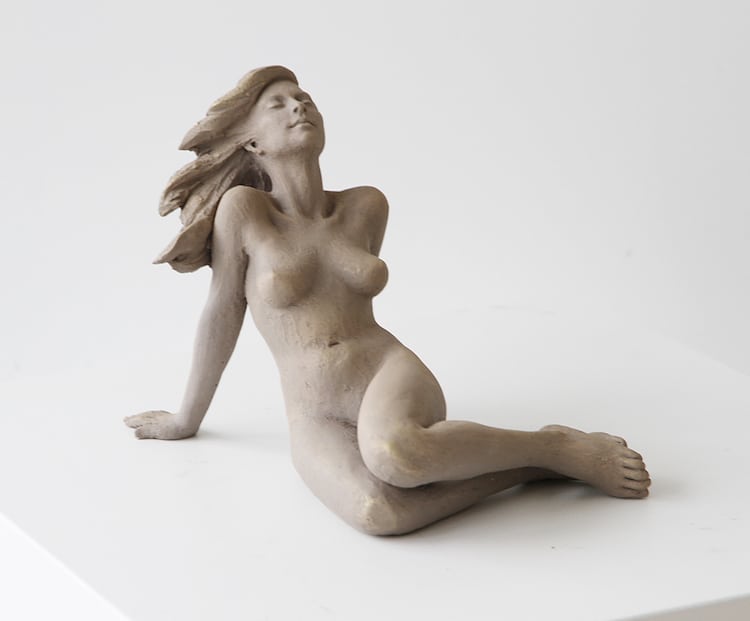 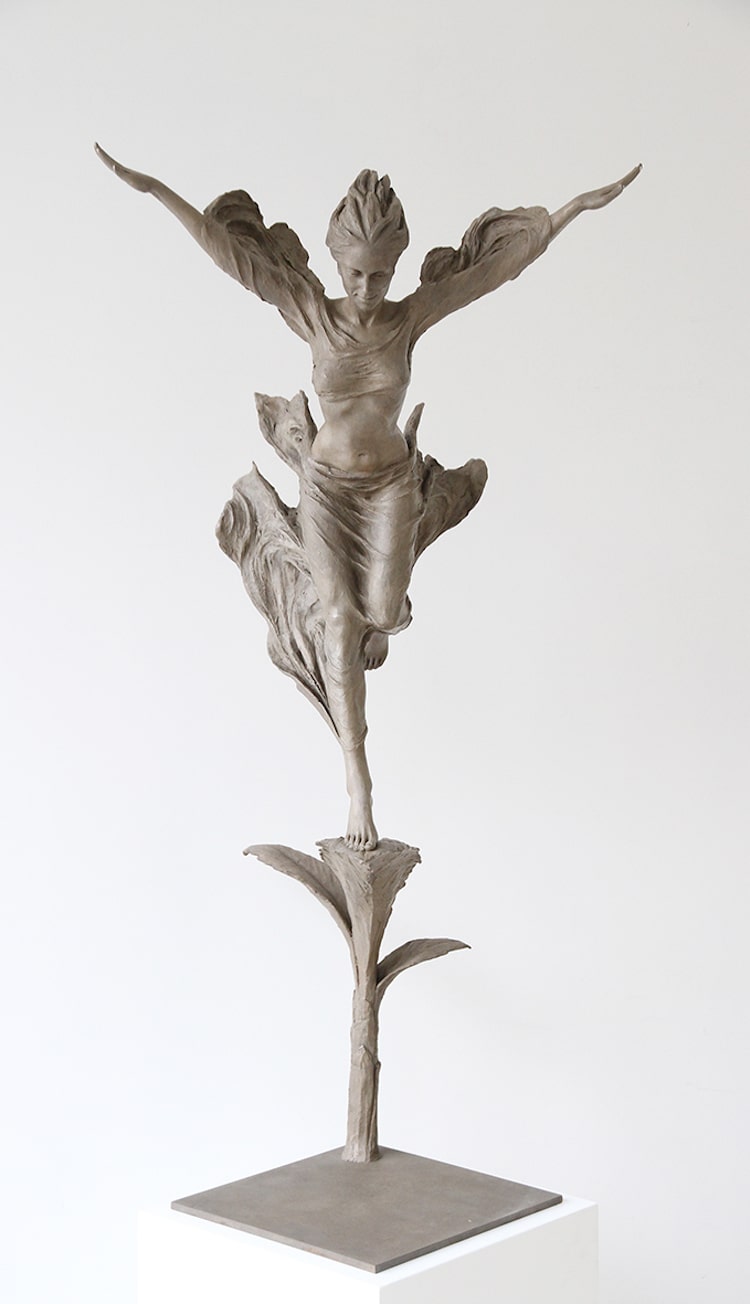 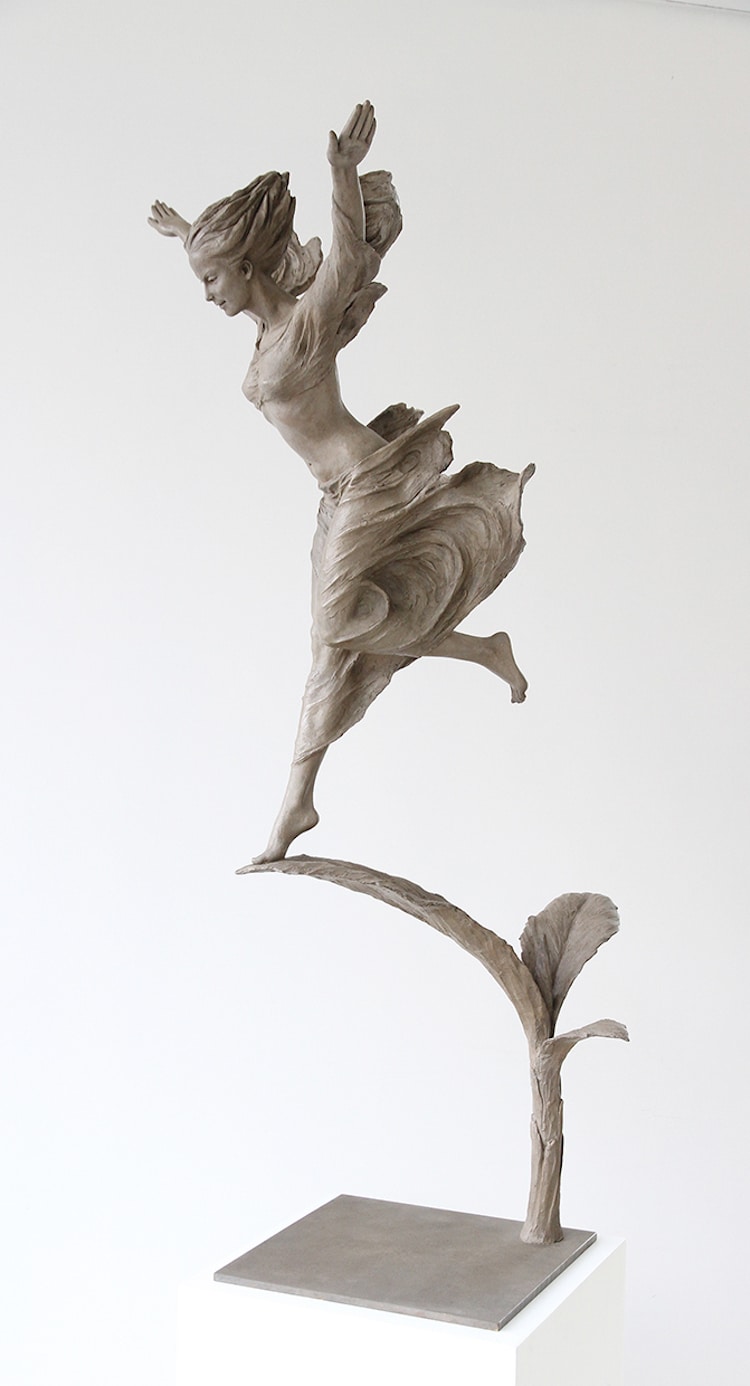 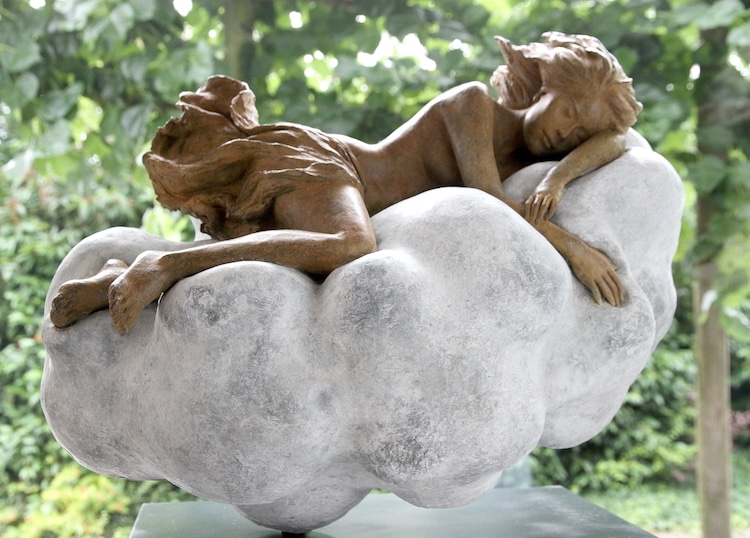 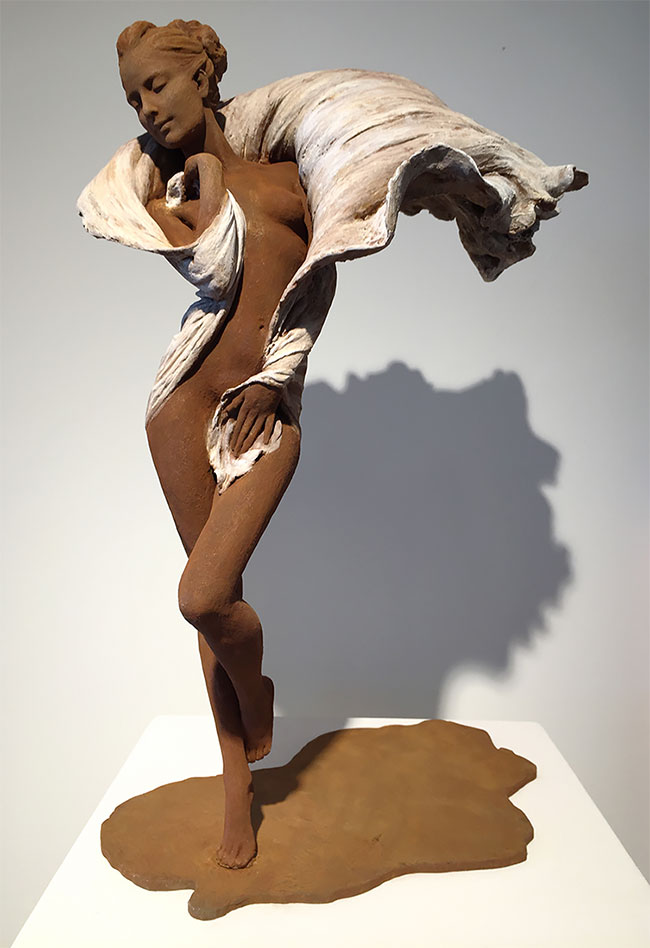 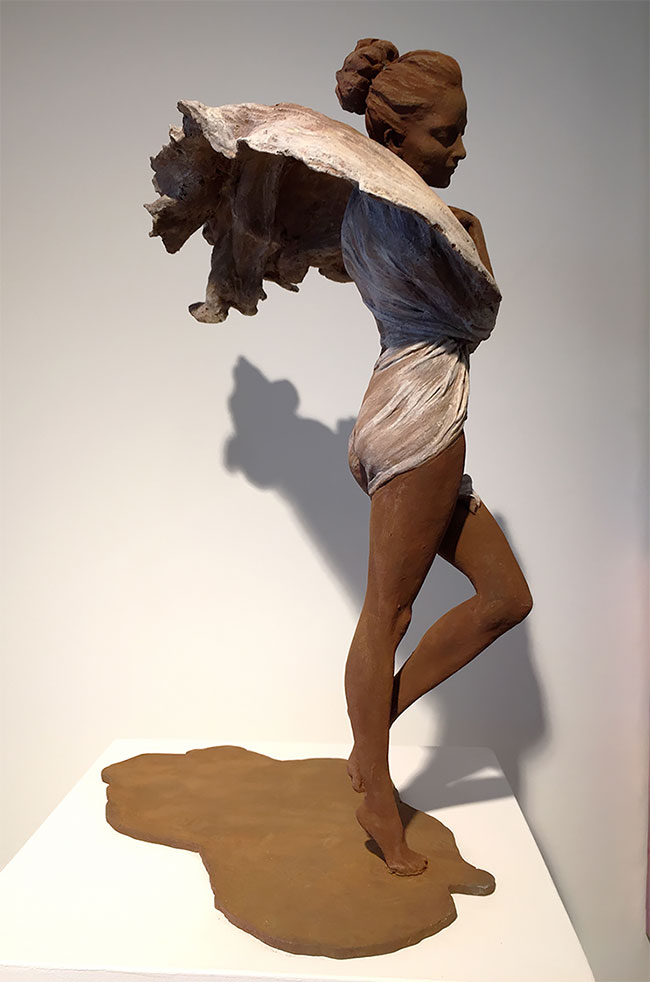 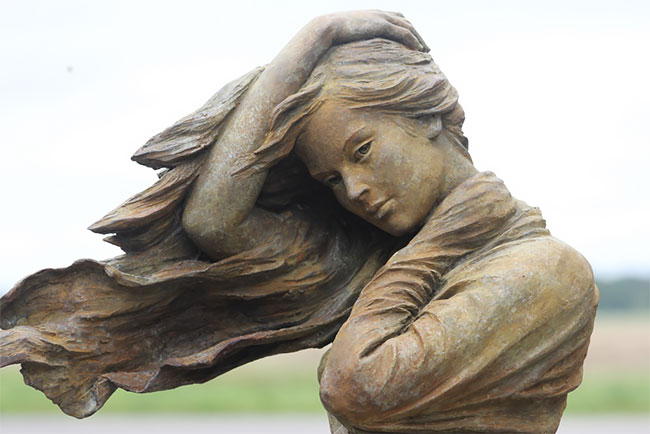 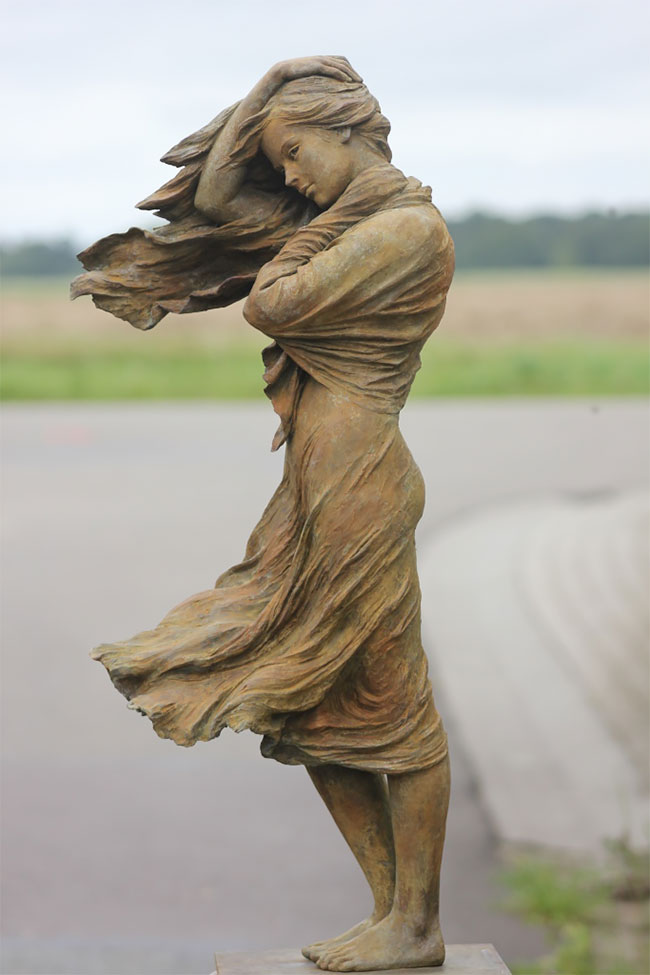