If you have loads of cash that you need to get rid of quickly for tax reasons, legal reasons, or are perhaps getting a divorce soon and you don’t want your wife to get half of it, we got just the thing for you to invest that money on. There are of course the obvious solutions of “giving” that cash to a friend, gambling your cash away, or there’s a better solution of buying one of these incredible giraffe chandeliers! And they’re absurdly expensive, but what’s a little cash that would make your child happy, am I right?!

These giraffe chandeliers will surely perk up any interior or garden 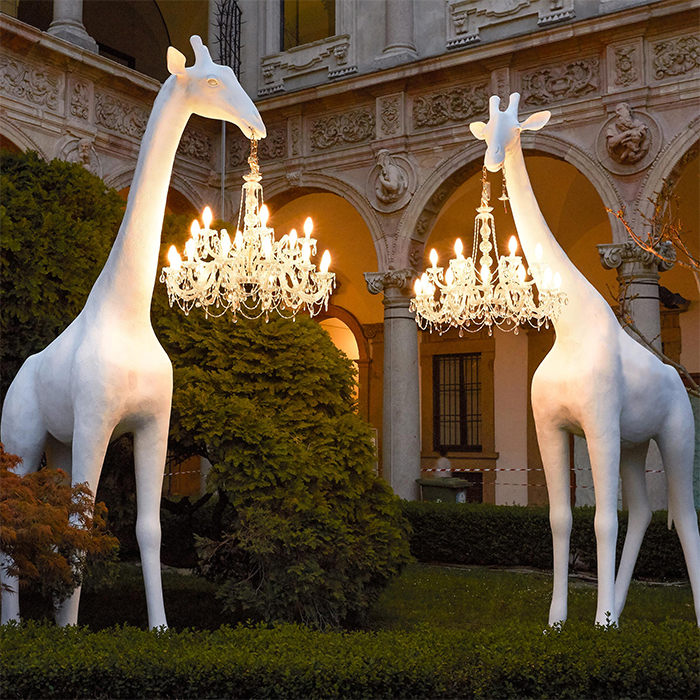 Named “Giraffe in love,” these chandelier lamps are the creative love child of designer Marcantonio Raimondi Malerba and manufacturer Qeeboo.

Made with exquisite detail, the unique giraffe chandelier is made to look like an actual giraffe is holding and chewing on a lighted chandelier that they recently broke off from the ceiling, since they can of course easily reach up to the height of most chandeliers. Perhaps the giraffe mistook the chandelier for some tasty leaves, or perhaps he just really loved the design of it and wanted to bring it home. 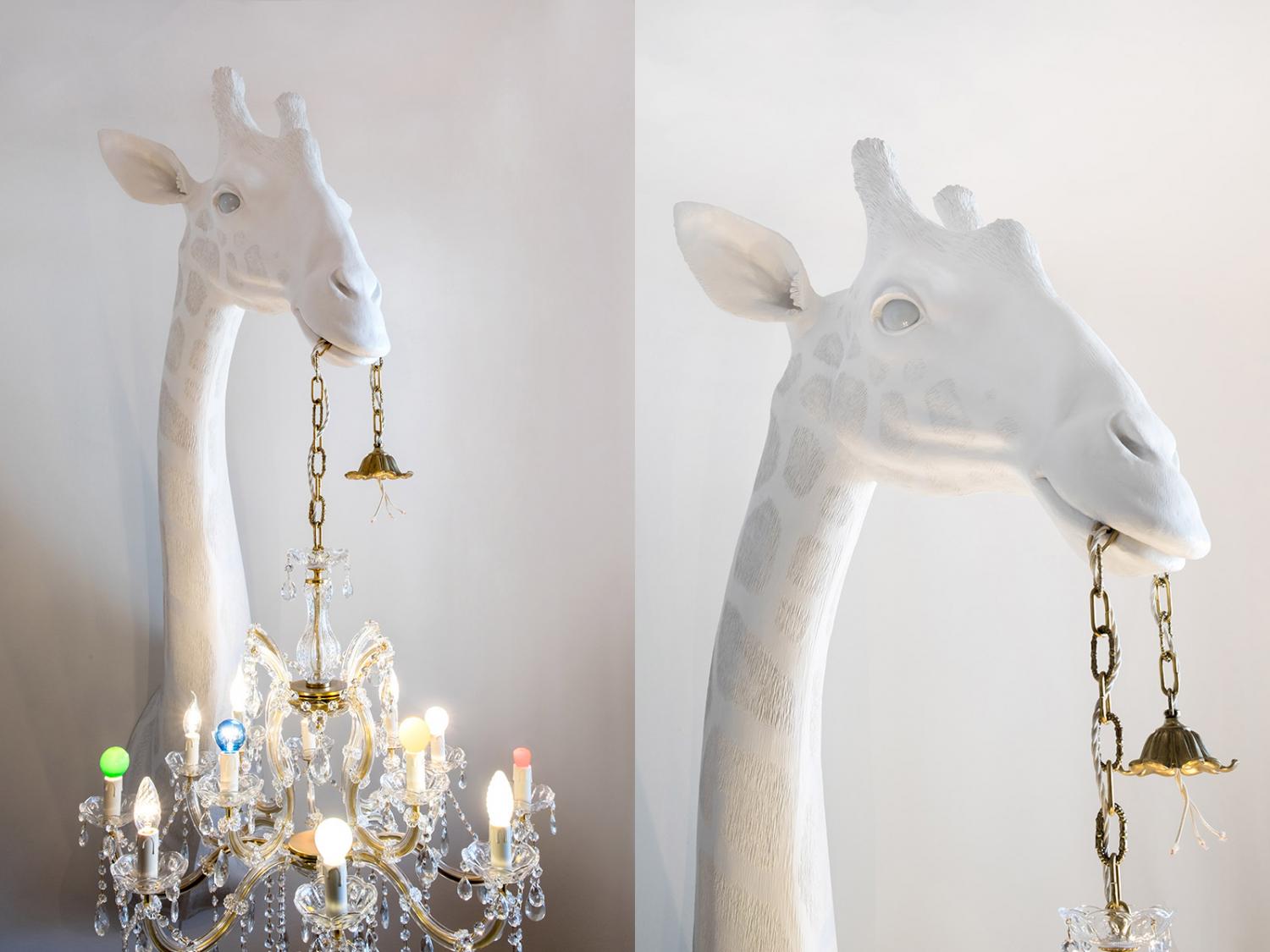 Retailing for $40K, the biggest version of the giraffe stands at 13 ft 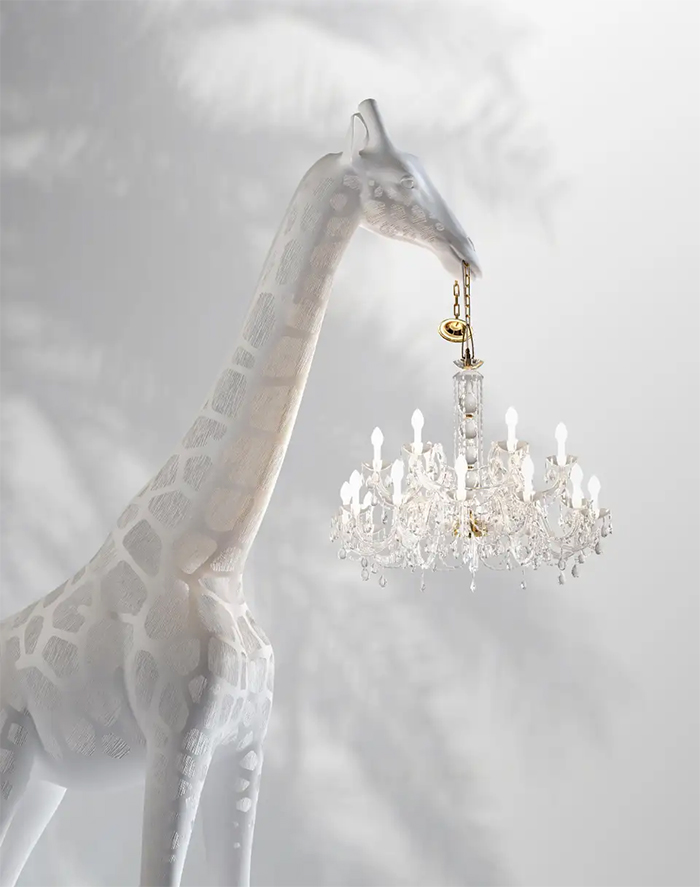 “The giraffe is in love but she does not know it yet because her heart is far from her head and she lives love light-heartedly.” 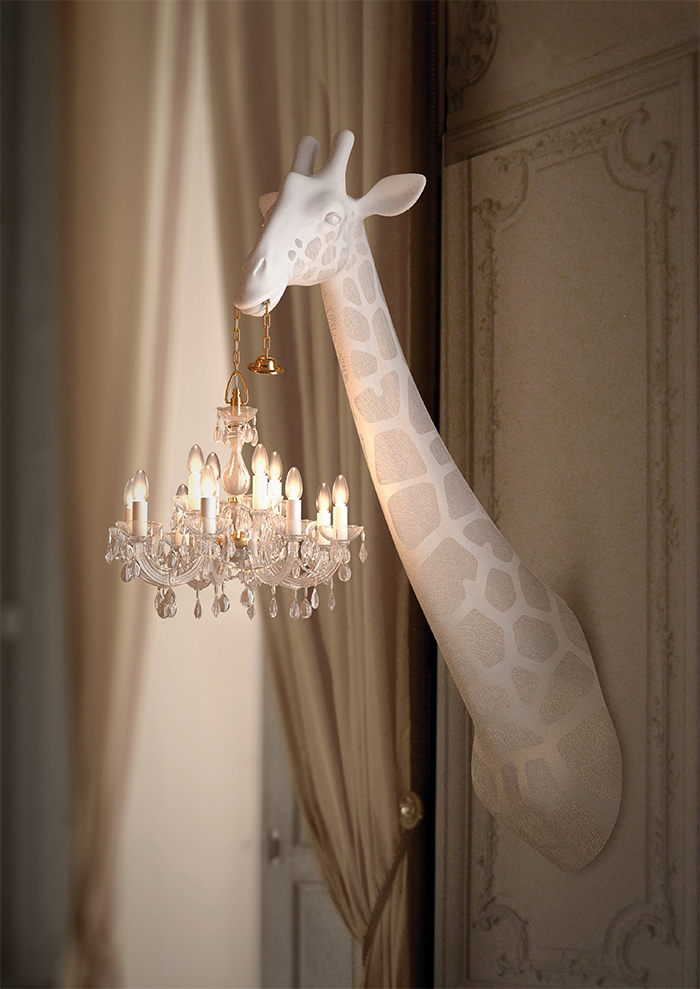 The chandeliers can be placed both, outside as well as inside, as they are wind and water-resistant. Except for the XS version of the “Giraffe in love” that’s made from plastic, the other two are crafted using fiberglass.

The wall-mounted giraffe chandelier lamp is called the “Giraffe in love”, and is a new product from the collaboration between artist/designer Marcantonio and Qeeboo, and it depicts the neck and head of a giraffe holding a classic Marie-Therese style chandelier. The giraffe comes in either white or black colors to choose from, is made from fiberglass, is designed to look distressed, and each one is custom made, so expect around 3-4 weeks for delivery.

Not only do the giraffes look luxurious, but their price is also a lavish one as well. If you have a spare $40K, then affording the biggest “Giraffe in love” shouldn’t be a problem for you. 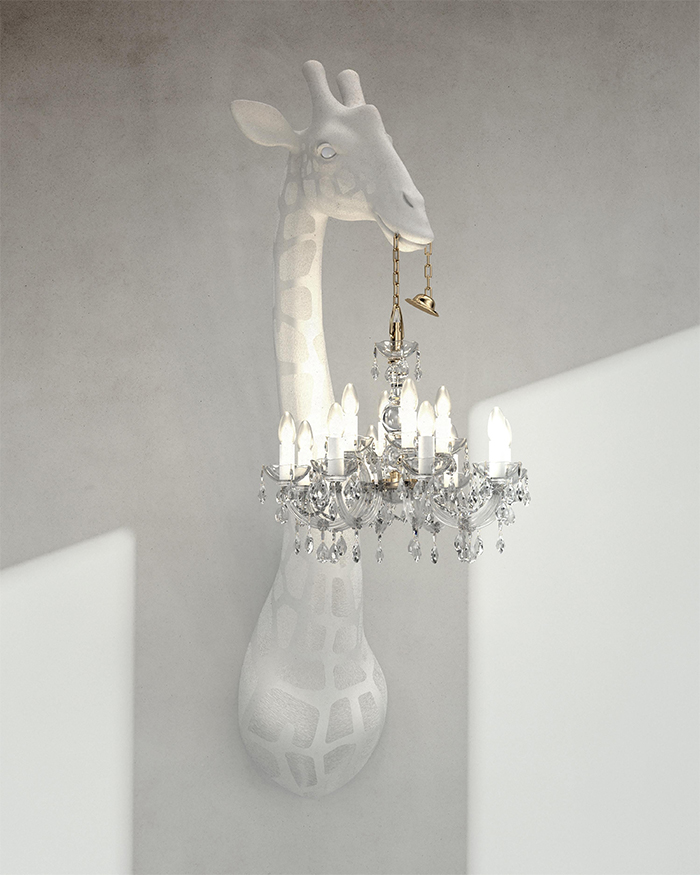 The smallest chandelier giraffe is made from plastic, unlike the others 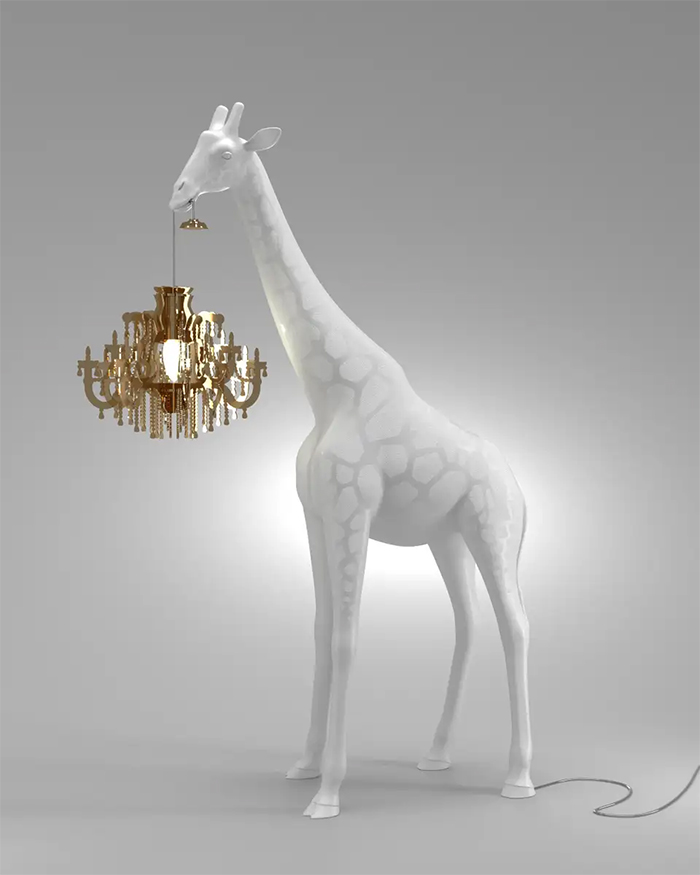 “He loves thinking about his work as a direct continuation of what he used to do when he was a child, playing with everything he finds, and create what his mind imagined. Actually, looking for the aesthetic component and concept takes ideas from the same sources he created while playing, daydreaming with everything normally surrounds him.  He learned from Art how an idea could be elegant, that’s why he’s always looking for pure concepts and summary.”

The wall lamp that consists only of the giraffe’s neck and headstands at around $4,000 and can come in either black or white. However, the smallest one comes a variety of colors (black, white, grey, dusty rose, warm sand, and cool sand) and retails for around only $540. 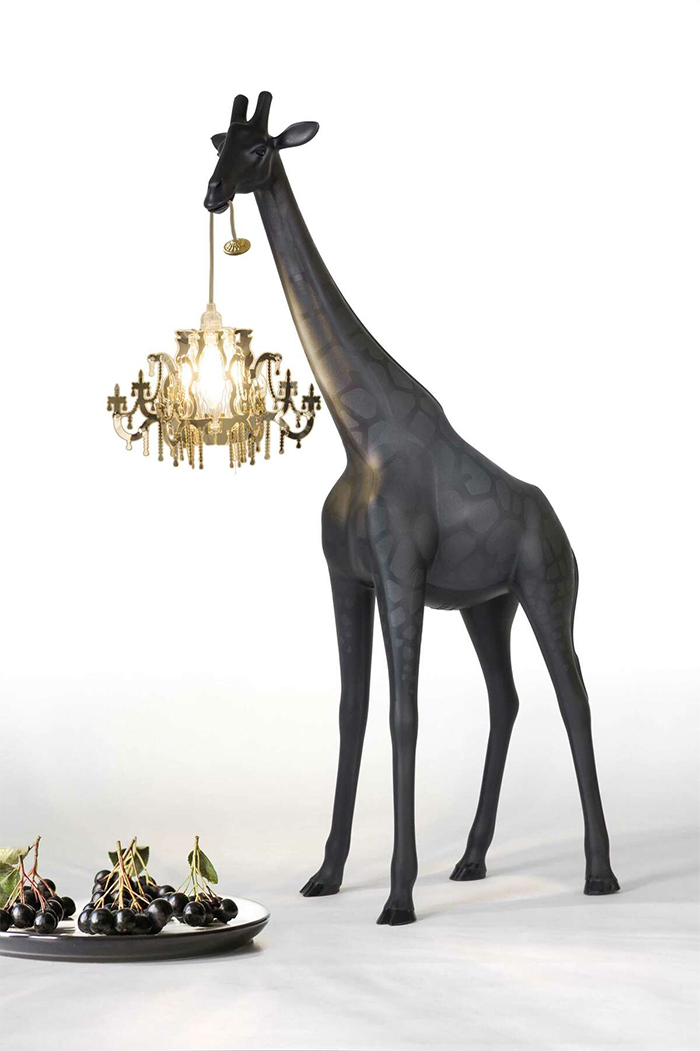 Here’s what people thought of this luxurious ornament:

What do you think? Is this something you would like to have in your house, and do you consider the price reasonable? Let us know what you think in the comments below.

Before-After Photos Of Cats Showing How Adoption Changed Their Lives Previous post
Our and Our Neighbor’s Cats Found Catnip and Cat.exe Stopped Functioning (+15 Pics) Next post