Let’s reminisce a little bit about the times when traveling was all about the journey and not the destination. In times when the only way to get somewhere was through a paper map, or by asking people around. The beauty of it was that you never really knew where, when, or how you’re going to make it., you just had to wait and see for everything. Simple times, yet filled with greater adventures than compared today. In order to make our life’s easier, today we have all kinds of navigation that help us get exactly where we want to be… well, almost.

Today we have quite a lot of GPS maps, but one that people haven’t been pleased with in particular is Apple Maps. There is a whole twitter thread where people share their thoughts for this app, and some of them are quite hilarious. Below we’ve made a collection of some of the best tweets relating Apple maps that with crack you up by how relatable they are.

2. Apple Maps searching for the next wrong turn to tell you to make be like

Apple Maps searching for the next wrong turn to tell you to make be like: pic.twitter.com/7WwuisMeMc

me when i use apple maps pic.twitter.com/1taQrPVToh

4. When Apple Maps says it found a faster route

When Apple Maps says it found a faster route. pic.twitter.com/x9YAvsGHbg 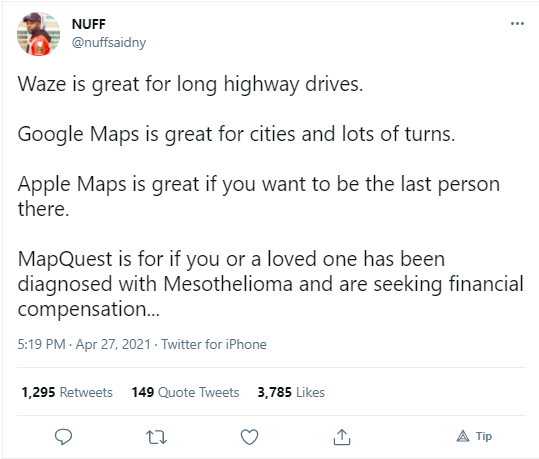 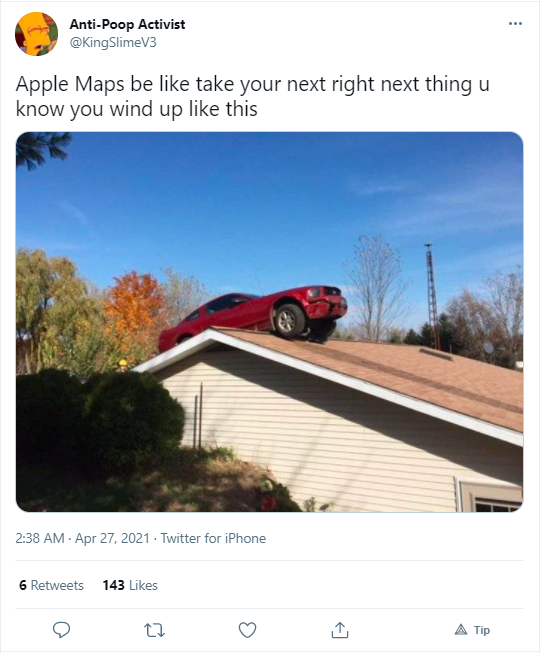 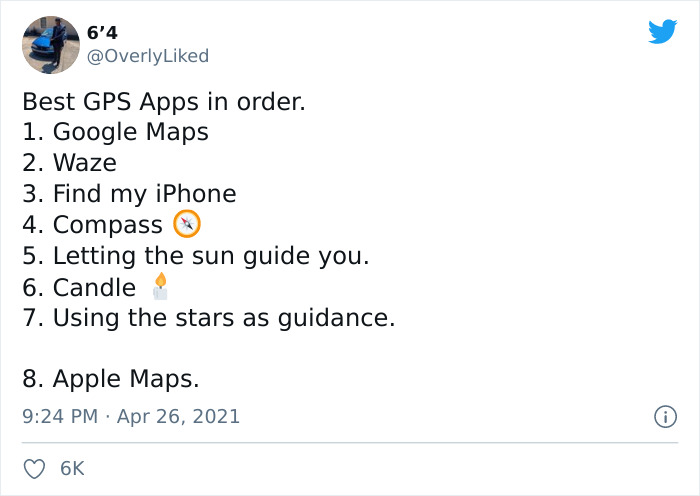 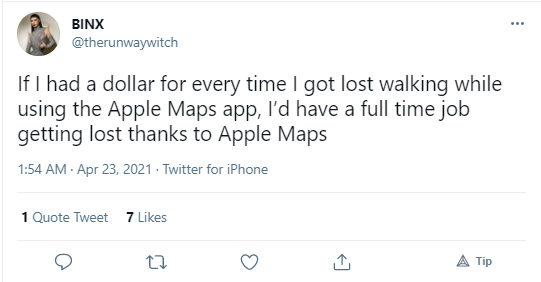 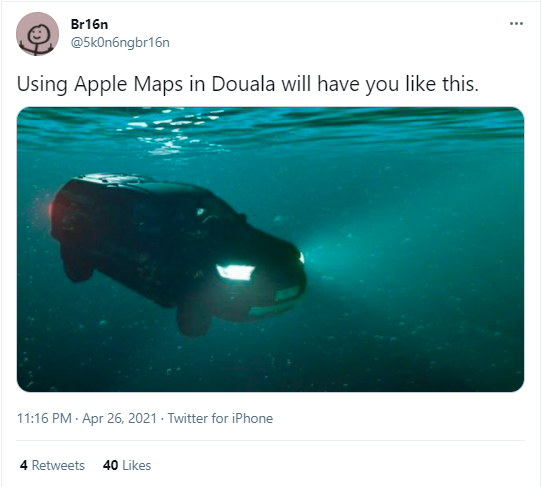 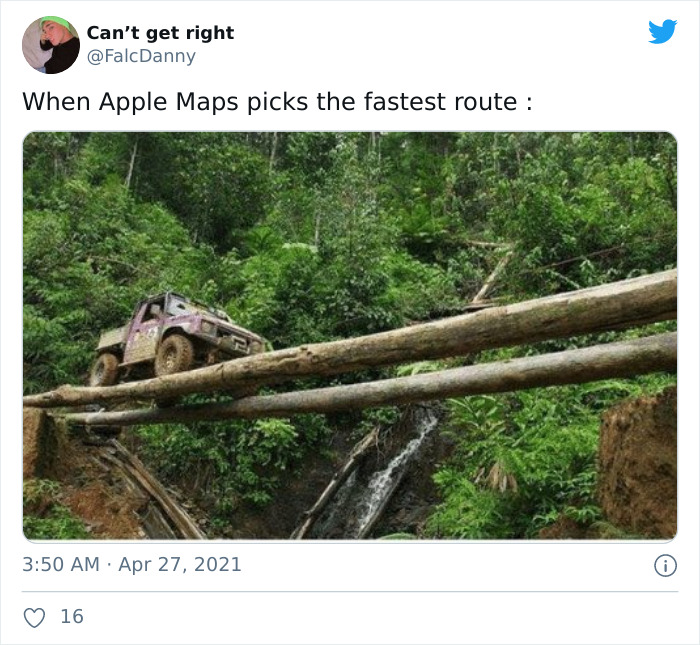 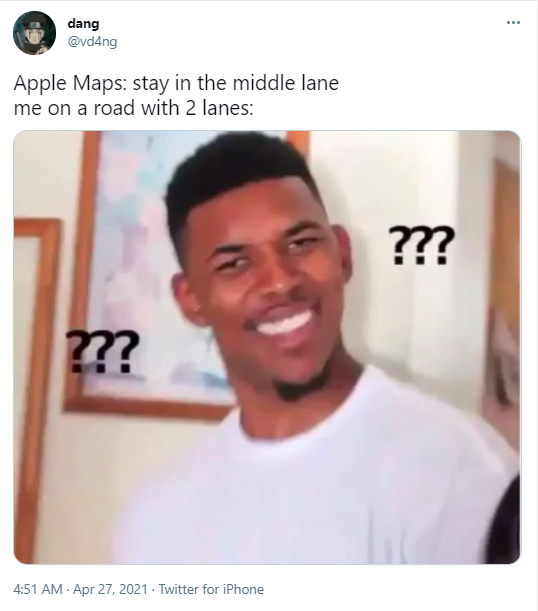 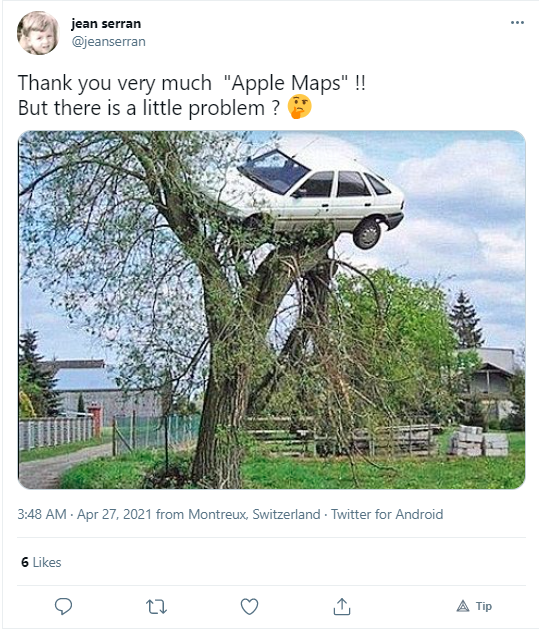 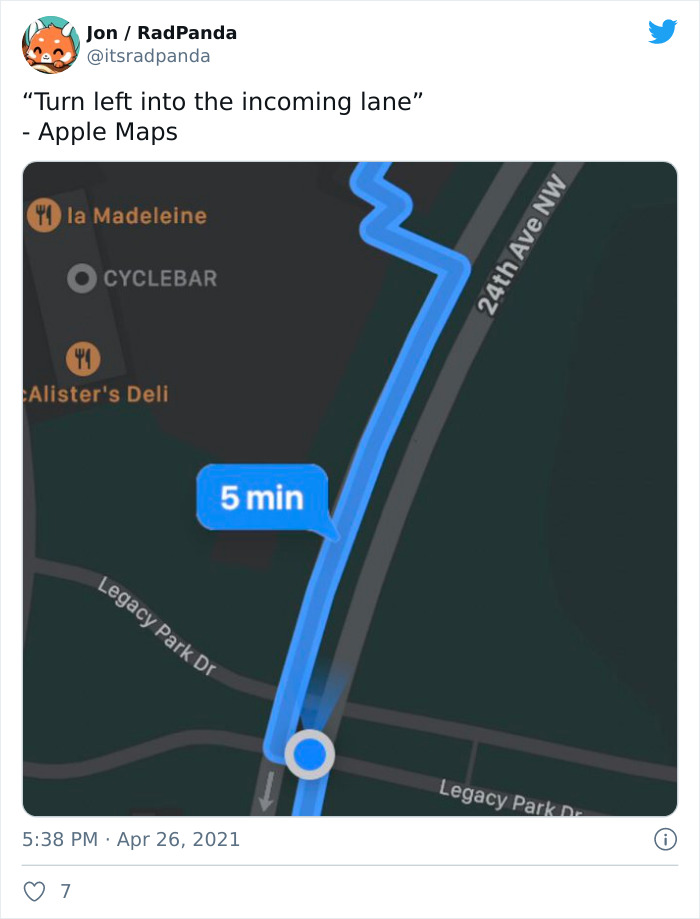