17 Stunning Photos of Traditional Wedding Dresses From Around the World

The marriage picture usually features the groom in a tuxedo and the bride in a white gown, but that does not happen everywhere in the world. Even though people tend to do that more often, some lean on their culture and tradition when it comes to choosing the outfit for the weeding ceremony.

Wedding clothing has looked much different throughout history and across the globe. In India for instance, women often wear crimson-colored saris. Some people go for bright colors and bold patterns. Scottish grooms typically wear kilts, while Japanese men don kimonos.

The traditions are different around the world, and below it’s an amazing collection of weeding pictures to show the beautiful differences around the globe.

Today, many people think that weddings strictly feature grooms in tuxedos and brides “all dressed in white.” While there’s nothing wrong with a nice suit or ivory gown, not all betrothed couples go this route. In fact, in countless cultures around the world, traditional wedding outfits look much different than our contemporary, western concept of what the ceremonial garments should look like. These examples simply serve as a fascinating way to explore different approaches to wedding fashion.

In India, brides usually wear red, which represents the rising sun and Mars—the planet associated with marriage. Such symbols are thought to bring fertility and prosperity. 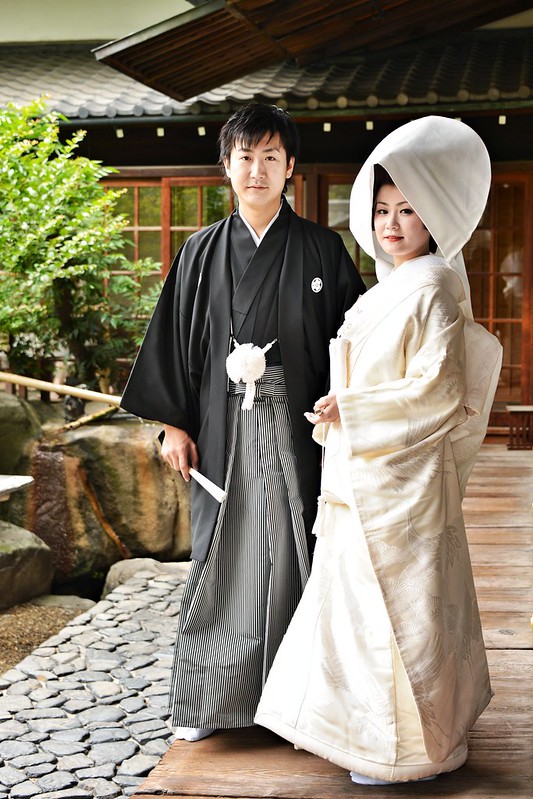 During a traditional Japanese ceremony, the bride will usually wear a white kimono called uchikake. The groom also wears a kimono, as well as hakama, a type of pleated trouser, and haori, which is similar to a jacket.

Ghanaian couples often wear matching ceremonial attire. Made of kente (a type of cloth handwoven in Ghana), the outfits feature bright and colorful patterns and designs.

For traditional wedding ceremonies in Jakarta, Indonesian brides and grooms tend to cover themselves in gold and sparkling jewels for a very regal look. The idea is to emulate kings and queens. 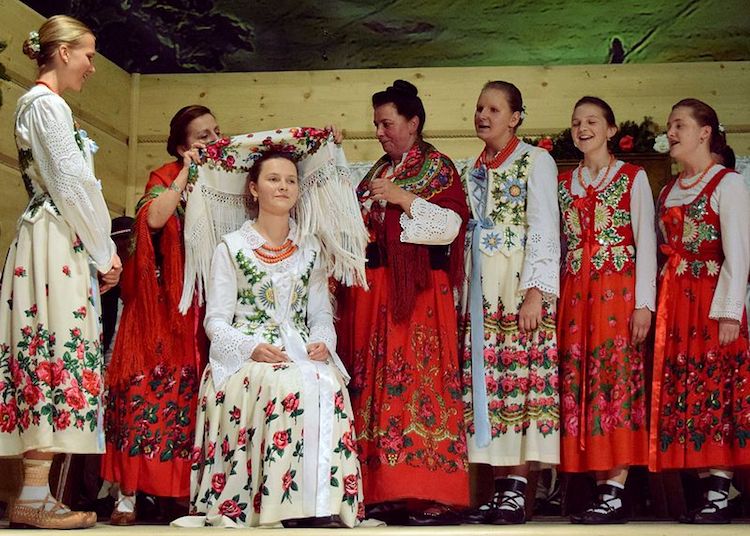 In Łowicz, a town in central Poland, traditional bridal outfits include a special veil/cap that has its own ceremony (called “oczepiny”) during the wedding. 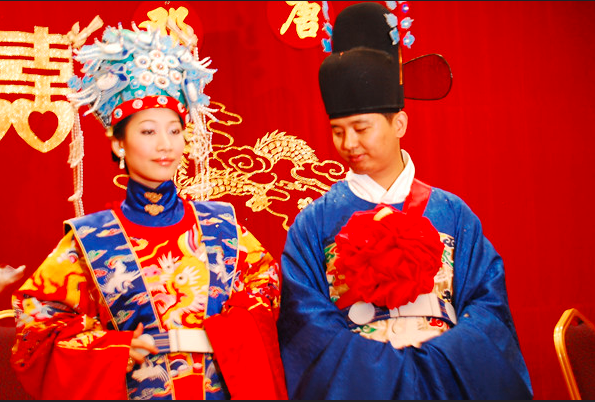 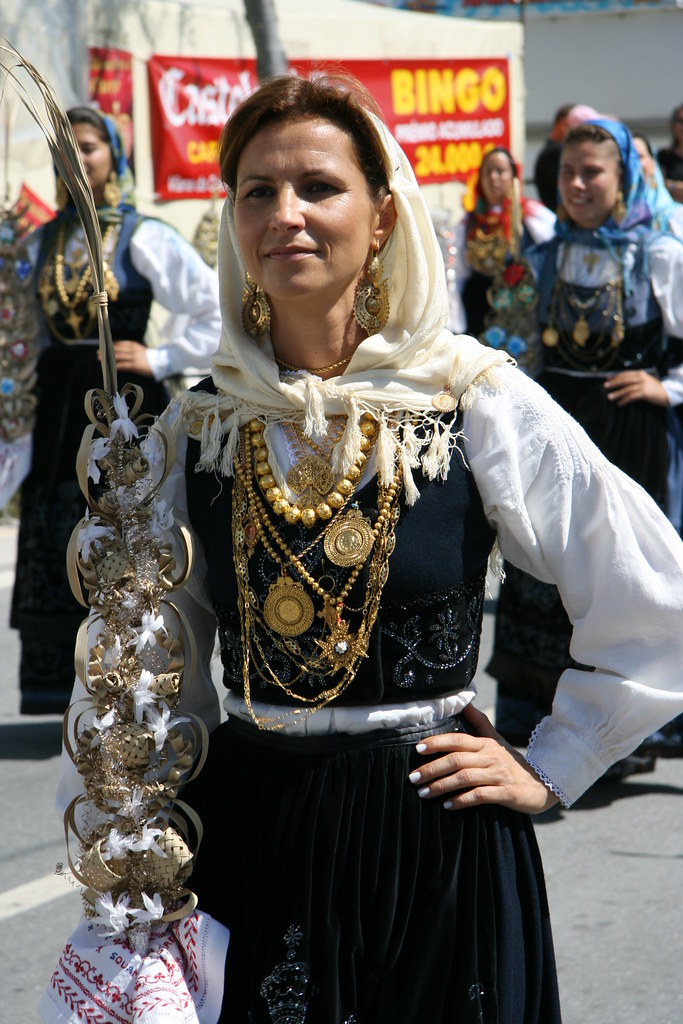 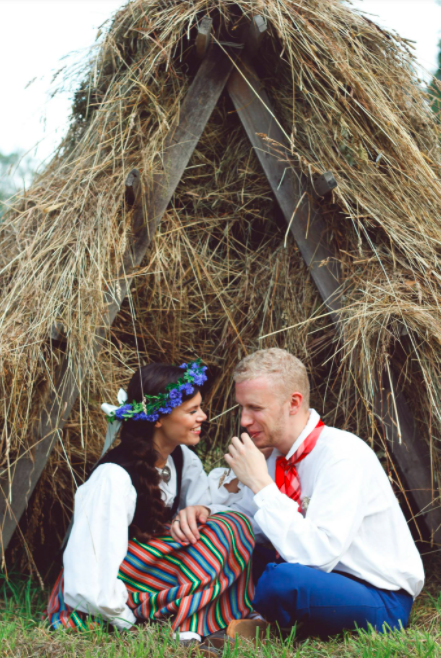 Many wives-to-be in Estonia have a history of wearing head-wreaths paired with colorful folk dresses. 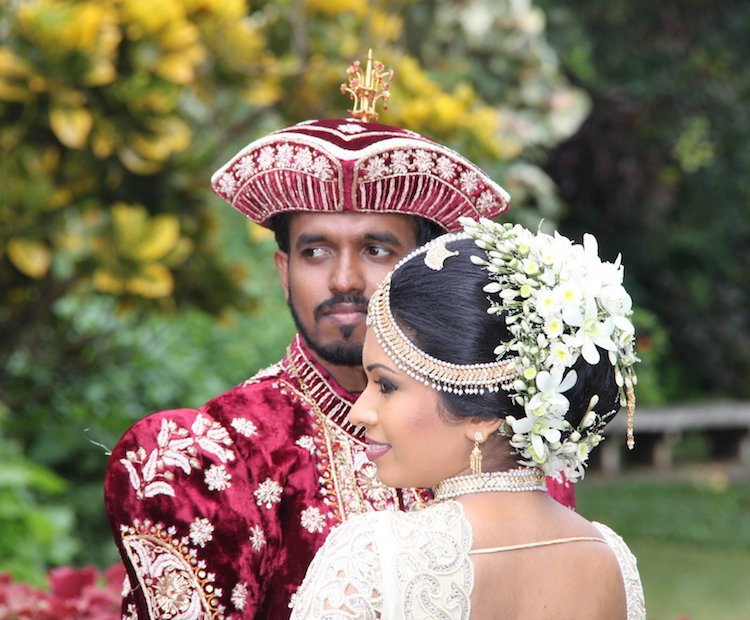 A Sri Lankan bride will wear a sari and a Nalapata headpiece. The groom will wear a 4-cornered hat, a velvet jacket, and a mul anduma, a long, white cloth wrapped around his waist. 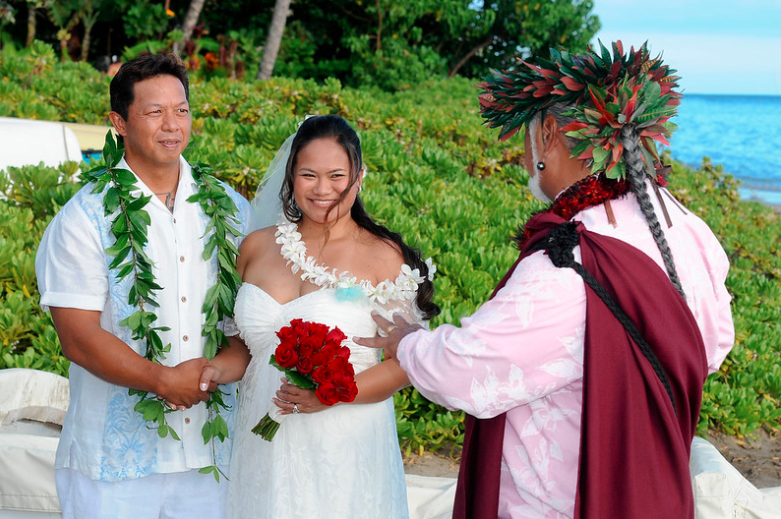 A post shared by Makeup by Leigh Blaney (@makeupbyleighblaney)

In Scotland, a groom will customarily wear a kilt, topped with a jacket, shirt, and tie. To make up for his lack of pockets, he’ll also sport a sporran, or pouch. 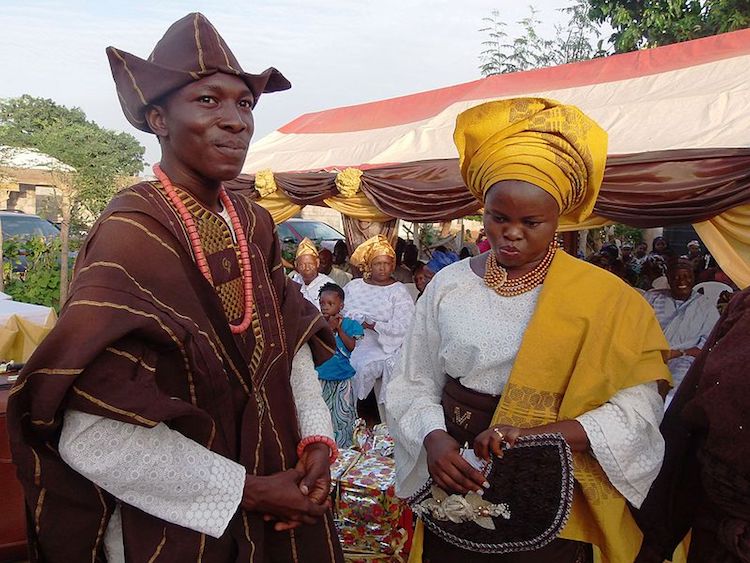 In Nigeria, brides and grooms often wear color-coordinated wedding outfits. A traditional bride will wear a gele wrapped around her head, while a groom will sport a fila abeti aja, or a “dog-eared” cloth cap. 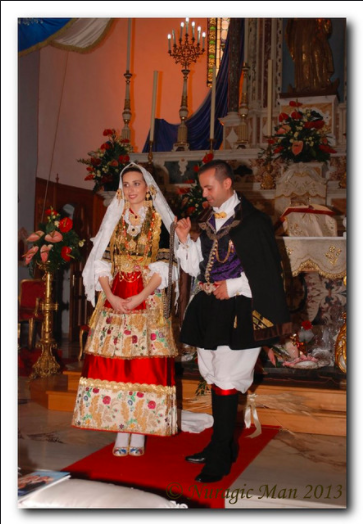 In Sardinia, a bride seeking to emulate traditional folk dress will wear an elaborate dress, velvet jacket, and a long veil. 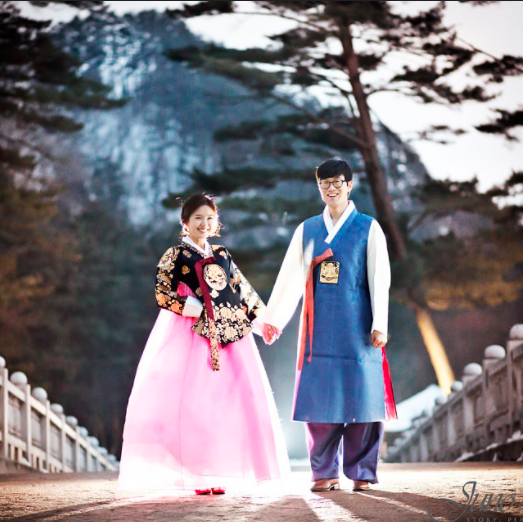 In South Korea, couples wear traditional outfits referred to as hanbok. The bride’s hanbok includes a wrap-around skirt and a short jacket with long sleeves (known as a chima-jeogori). The groom’s hanbok is composed of a short jacket (durumagi) and roomy pants (baji).

Though many brides in Norway opt for modern, white wedding dresses, many still wear bunads, or traditional folk dresses. 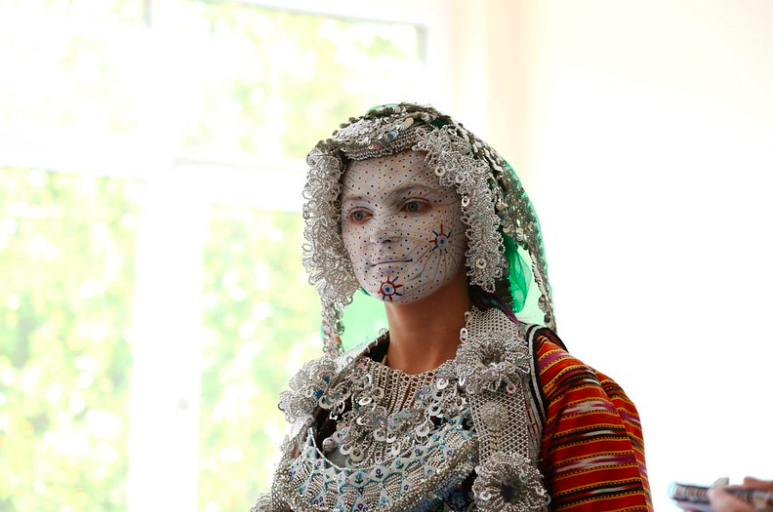 The nomadic Gorani people, who are Slavic Muslims, used to spend an entire week to celebrate a wedding, but now it’s said to last only about 3 days. In that time, various traditional celebrations revolve around ethnic identity.

Brides and grooms in traditional Mongolian weddings wear what’s called a “deel.” Though there are deels for everyday wear, these custom garbs, worn since centuries ago, are typically reserved for weddings and holidays.