The planet is filled with creative people who love to flex their creative muscles wherever they can. These life hacks that have gone viral on the internet will definitely make your life easier if you ever find yourself in one of these situations.

Some people indeed deserve an award for their way of thinking. From sarcastic menus to the single most dangerous BBQ setup of all times, find below some amazing ideas to ease your life or maybe just have a good laugh at other people’s solutions and jokes.

1. This Pub’s “Girlfriend” Special On The Menu… 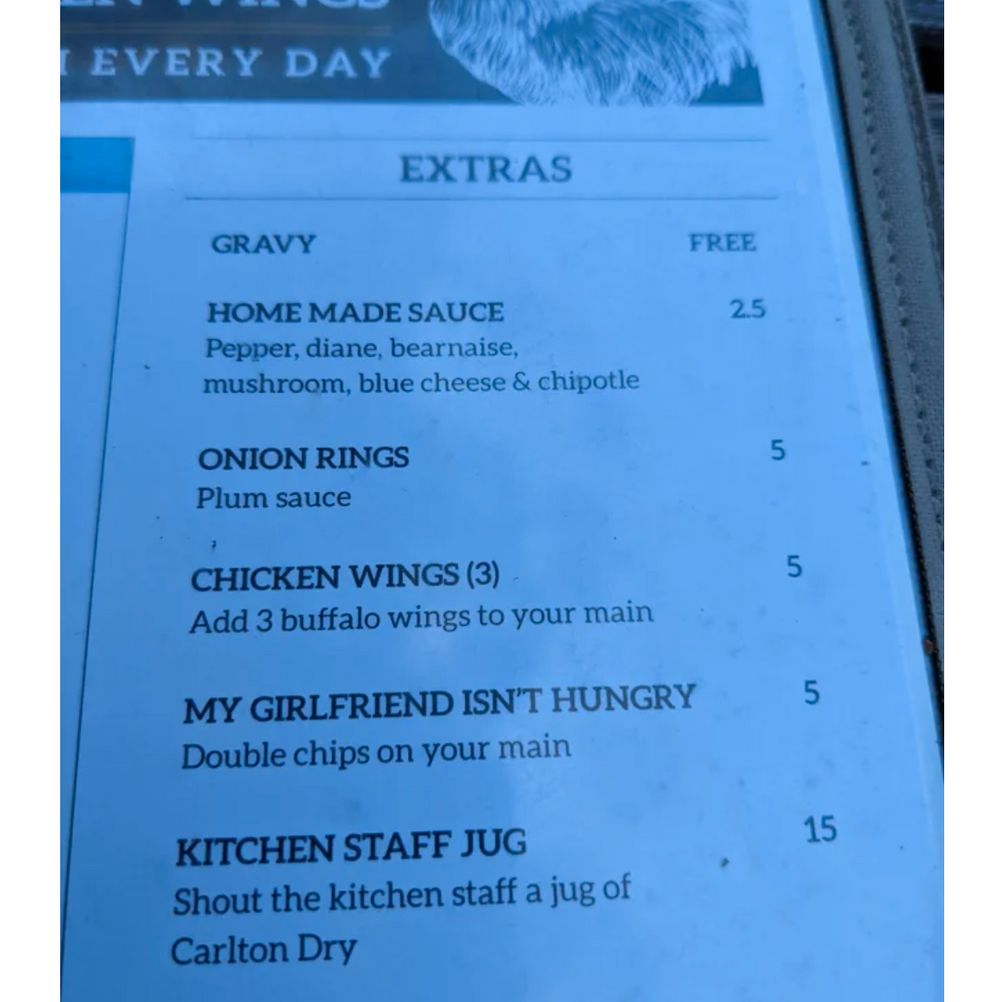 It is always worth getting an extra side of fries when eating with a partner anyway. Don’t ask them if they want their own fries as they’ll say no, just get them and they’ll eat them. 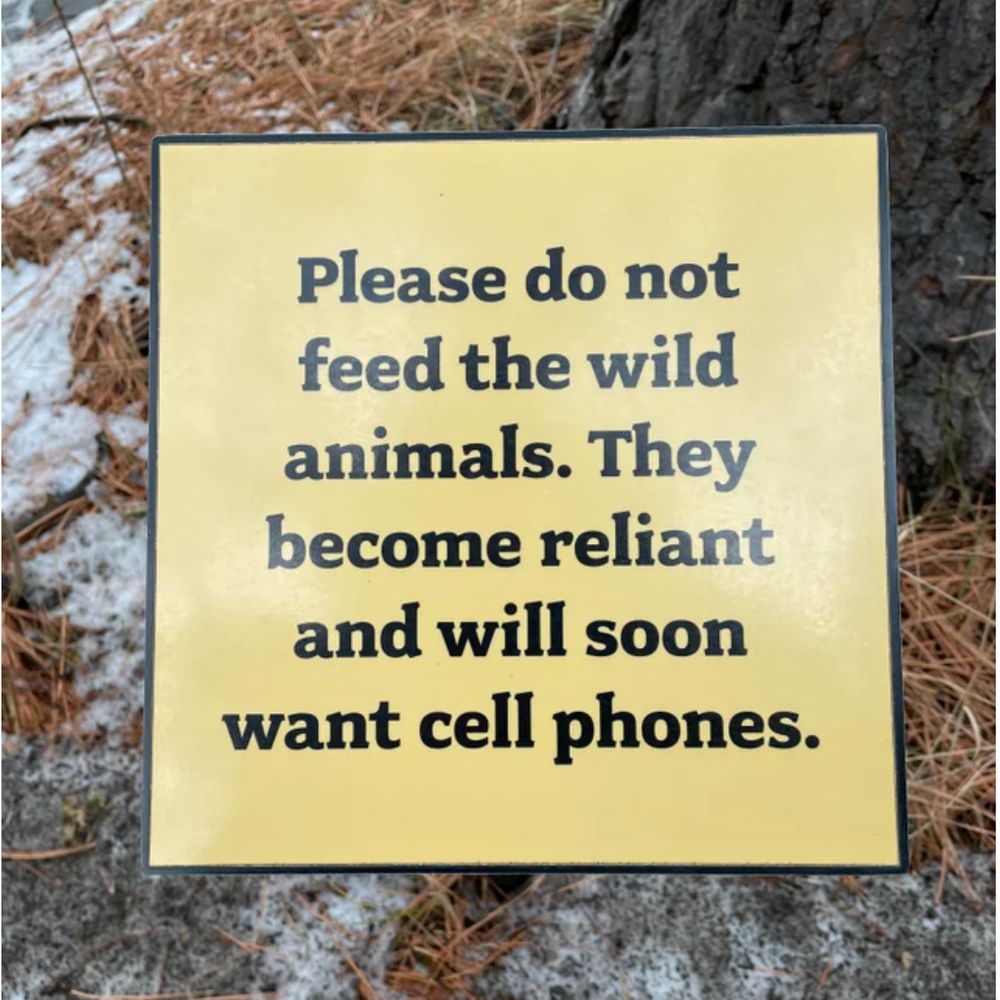 Well, it is as the old adage goes: If you give a man some food, then he will eat for a day, but if you give him a cell phone, he’ll be ordering Uber Eats for the rest of his life.

3. “Crossed paths with an absolute genius on my way back from work the other day. Humanity still has hope, guys.” 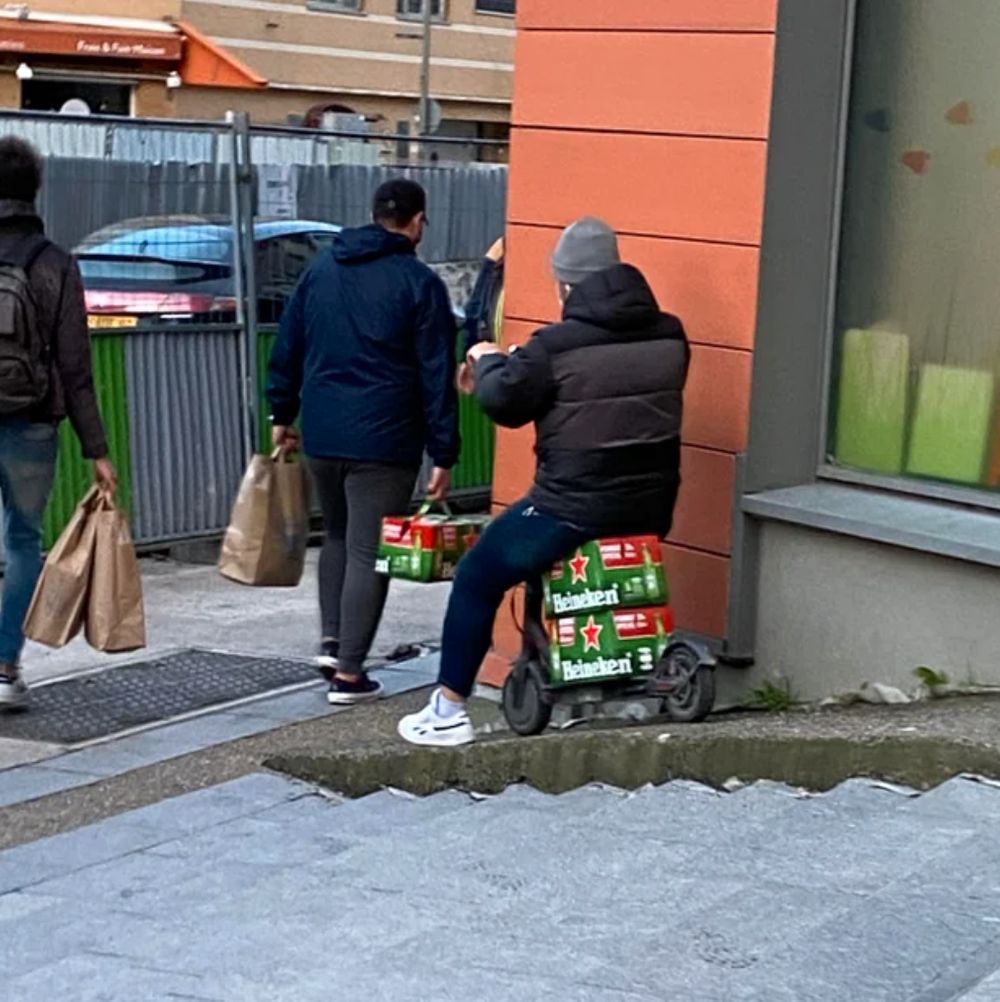 4. “Cat wouldn’t stop pooping in the bathtub, had to get creative.” 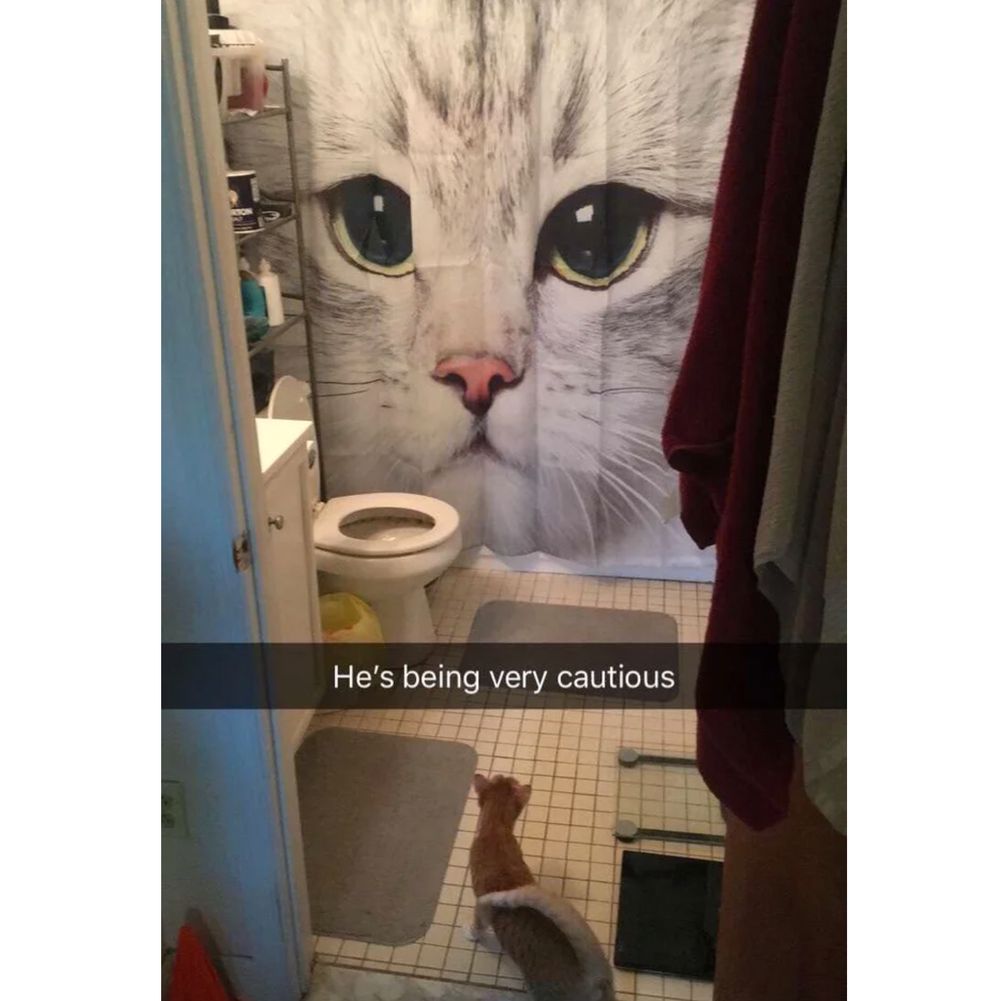 Nothing quite like a giant Wizard Of Oz-style face to put your cat off the idea of pooping in the bathtub. I like that they also picked a cat that looks strangely disappointed for the curtain!

5. “Our librarian put this sign up. When asked why, she said she likes making fun of us.”

I always used to like being alone on Valentine’s Day when I was younger. Well, by “like” I mean that I didn’t have a choice but had to try and remain unfeasibly positive, or else face the crushing reality of my situation.

strong>6. “My cat tries so hard, but it’s always so difficult to figure out what he wants.” 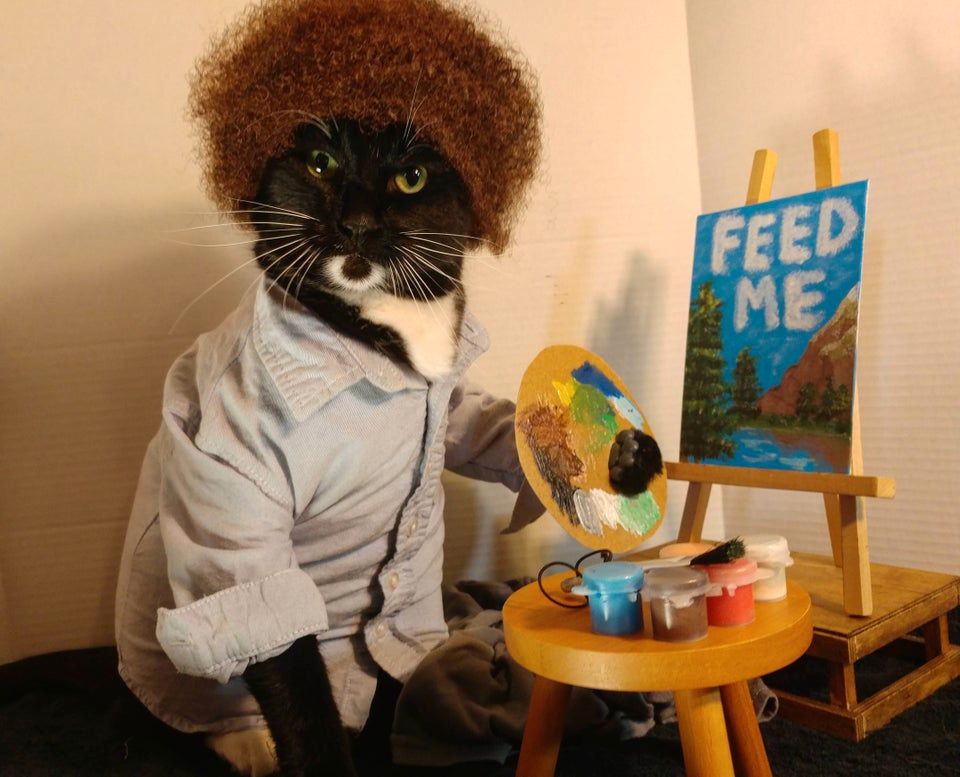 What a happy little accident! Actually, this cat looks more angry right here than the real Bob Ross ever looked in his entire painting career!

7. “Burned my hand cooking, made it look better! I call him, Ryan ‘Goose-ling.'”

Someone already pointed out that they should have called it Fry-an Gosling, and I am furious that they beat me to it.

8. “Somebody returned this person’s dog poop.” 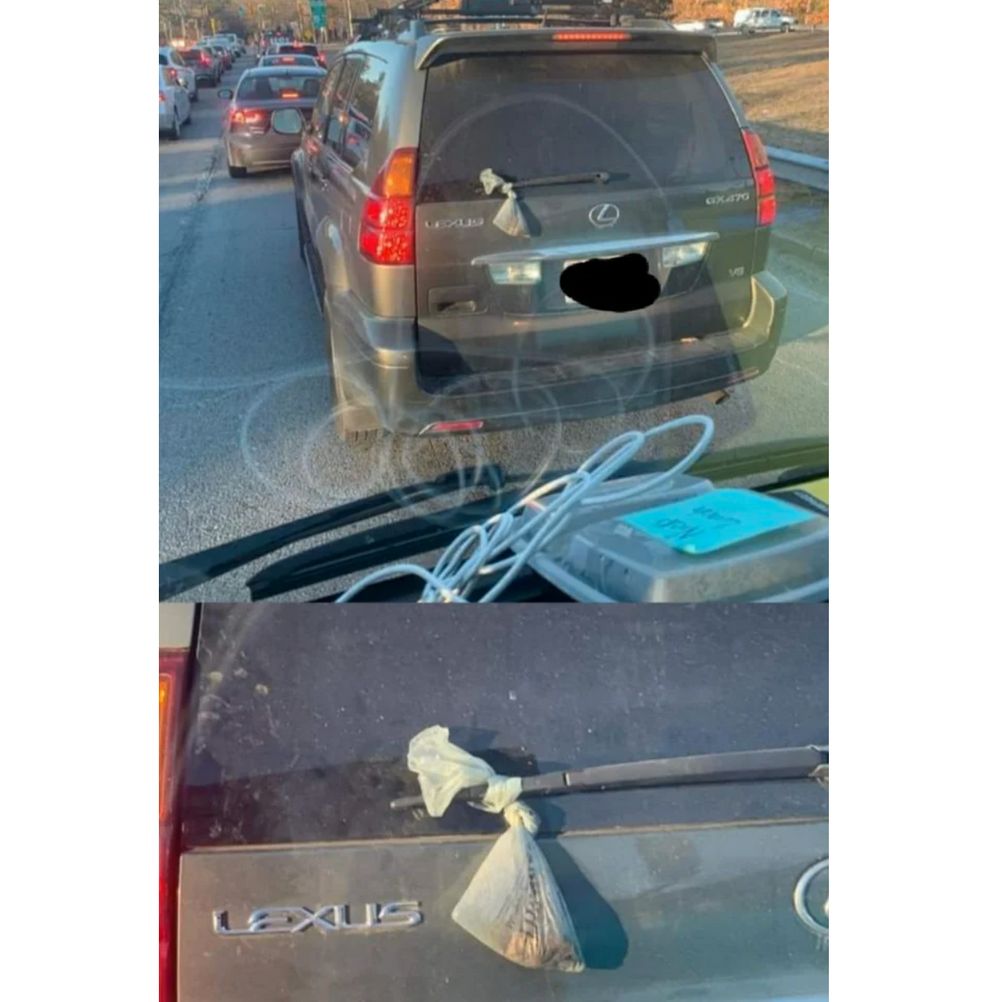 I love the idea of someone returning someone’s abandoned dog poop to them in such a strange manner, but I also think that maybe the person who owned this car simply did this as a way to get their dog’s poop to a bin at home without stinking out their car? 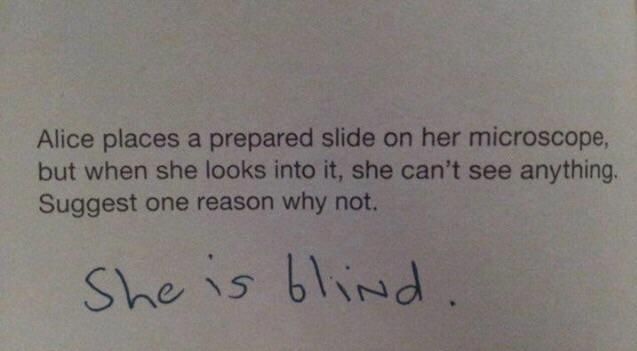 It probably isn’t the answer that they wanted, but there is no way that the teacher can’t mark this as a right answer, that’s for sure! 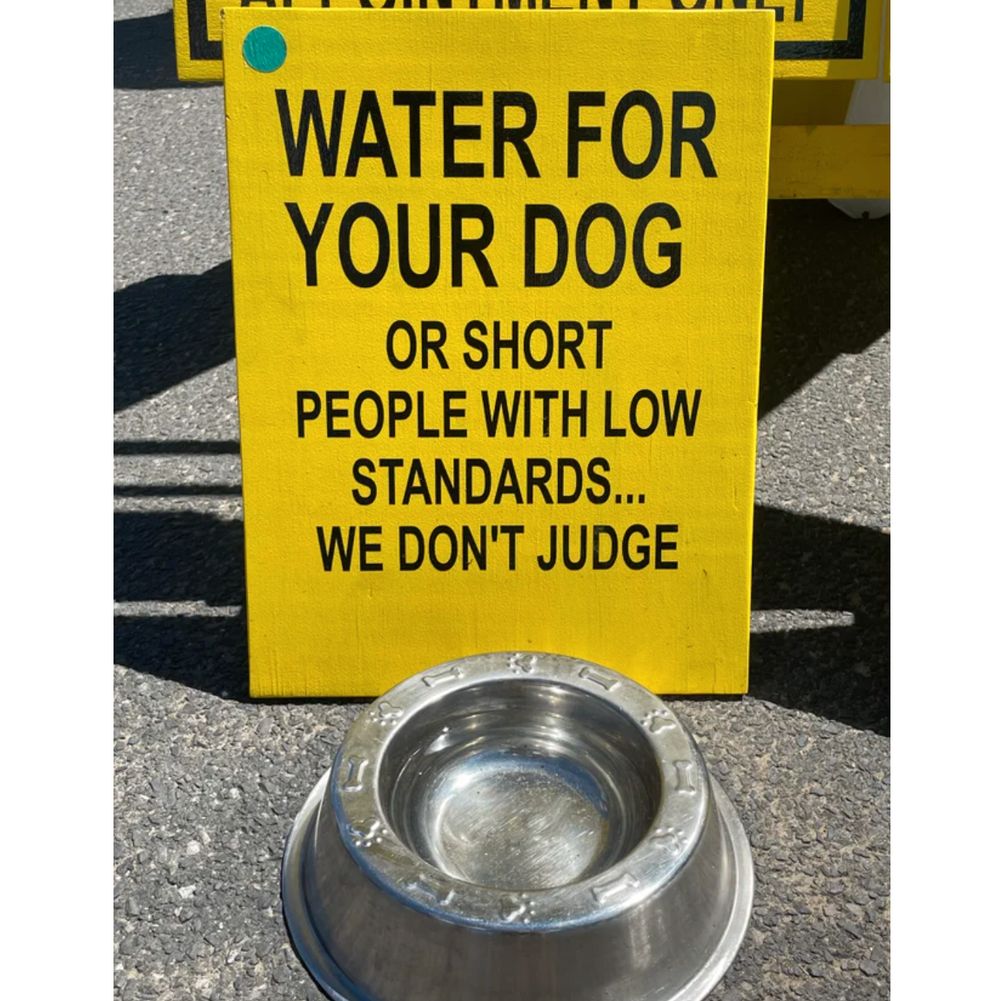 Sometimes you just really need a drink and will go to any lengths to get it. I’d probably only stoop that low if that bowl was full of free champagne, but whatever.

11. “My boyfriend’s aunt commissioned her coworker to do a family portrait for her mother. 6 months & $50 later…worth it.” 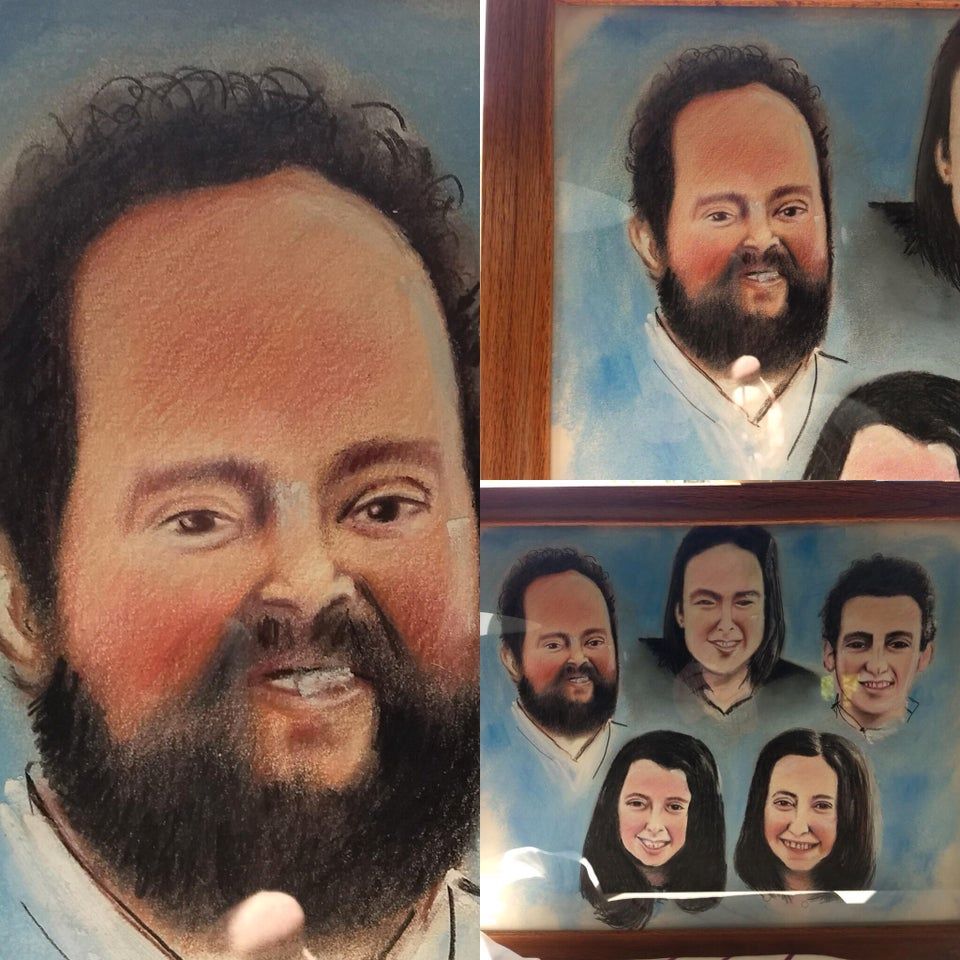 That is definitely $50 well spent! I feel like this is one of those paintings that is actually quite close to being good, but is just not quite there. I love it though, regardless.

12. “The condescending warning label on these snowboarding gloves.” 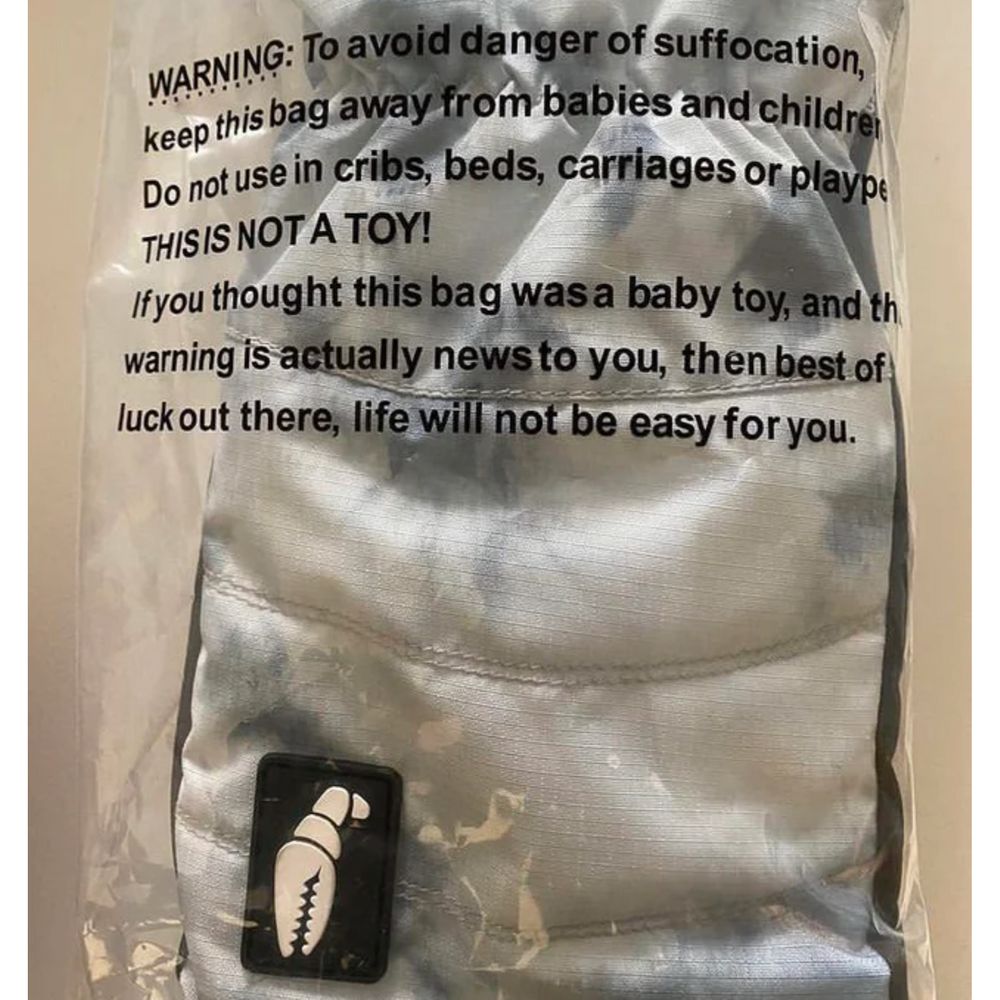 A lot of parents shared their experiences with their kids doing dangerous things with plastic bags, with one writing, “I’ll never forget when my 2-yr-old came running into the room with a plastic grocery bag over his whole head because it turns out 2-yr-olds need to be told not to wrap their heads in plastic, and my son thought he had a hilarious costume that would delight me.” 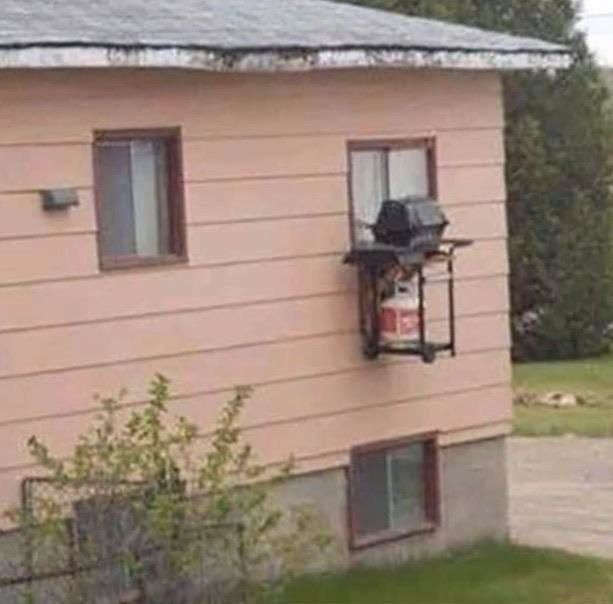 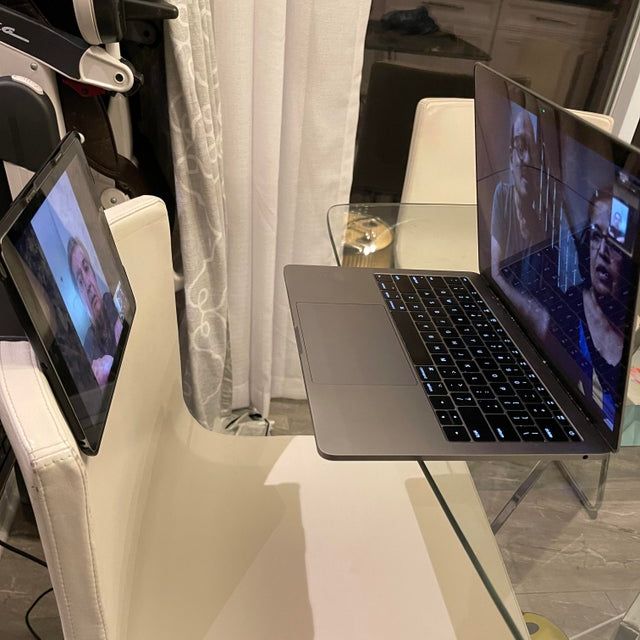 No matter the circumstances, the grandparents’ corner is a universal constant.

15. “Future me is gonna have a heart attack when he opens up the attic.” 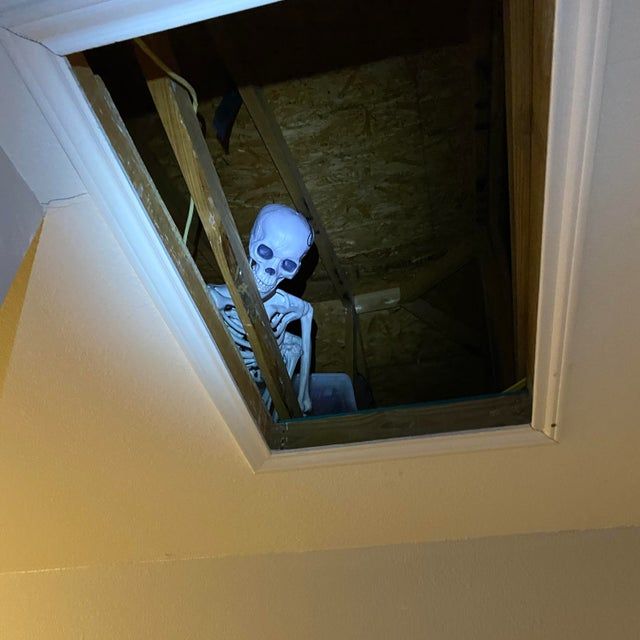 He looks pretty friendly! After locking him up there for who knows how long, he’ll probably just be happy to see you. No need to be scared!

16. “Opened 2 cookies to see if it would change. Needless to say, I didn’t not expect that.” 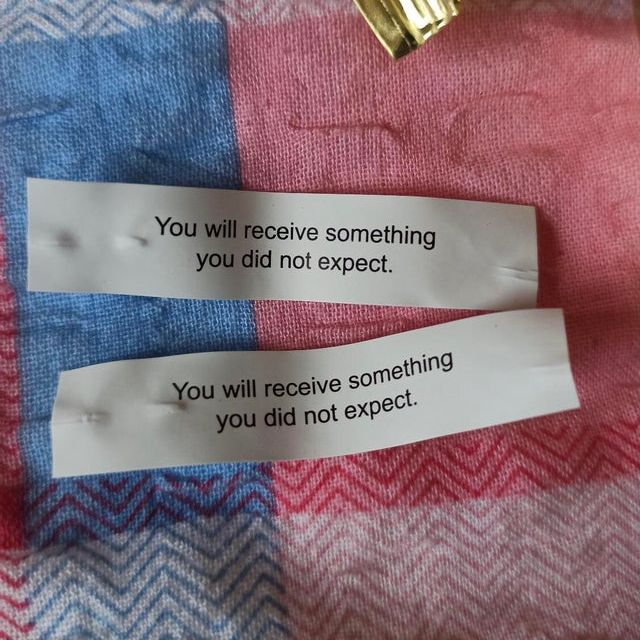 Wait, does the second one mean you’ll get another thing you weren’t expecting? Or is it working retroactively? This is too paradoxical, just throw them both out. 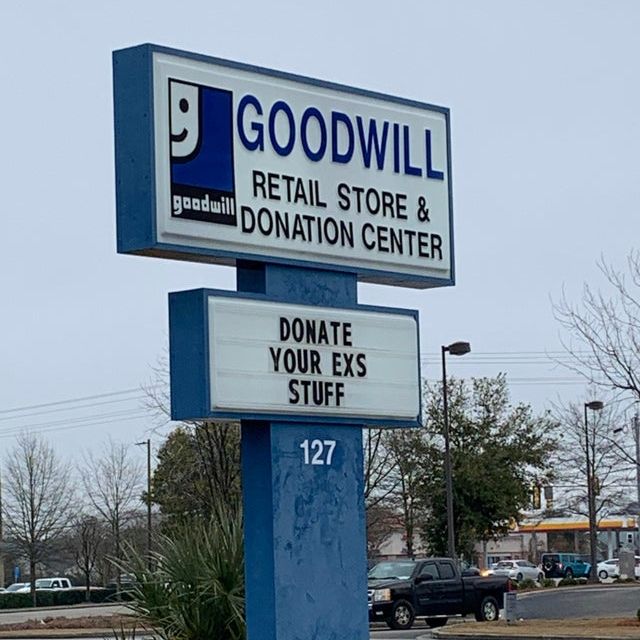 This isn’t a suggestion. It’s a command.

Donate your ex’s stuff, or Goodwill will come take them. 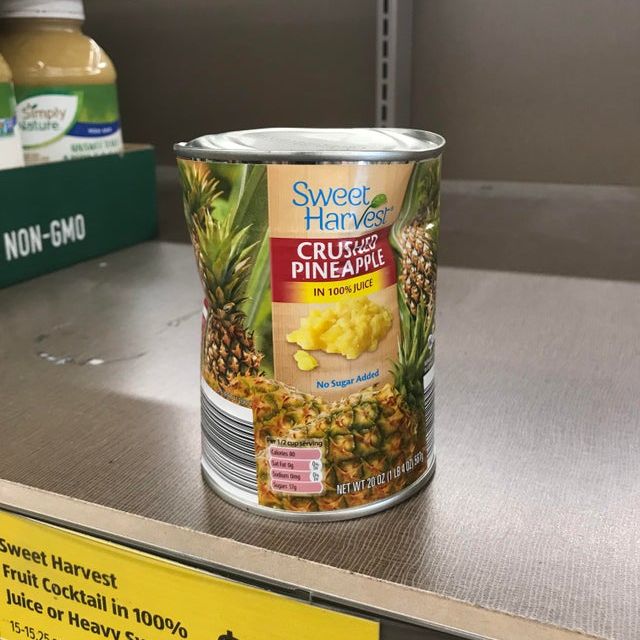 “No, no, it’s not a production error, it’s for authenticity!” 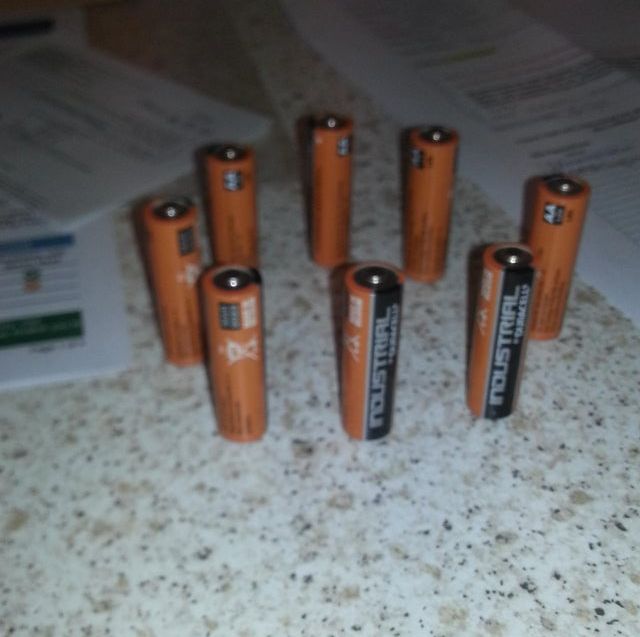 Some jokes you just have to sigh at, shake your head, and move on.

A lot of people were surprisingly on the side of the parking enforcement officer, with one irate person adding, “I have a neighbour who ignores the no overnight parking regulations, so the snow plow swings a wide arc around him and I end up with an unplowed road in front of my driveway. I wish our parking enforcement would give him a ticket.” 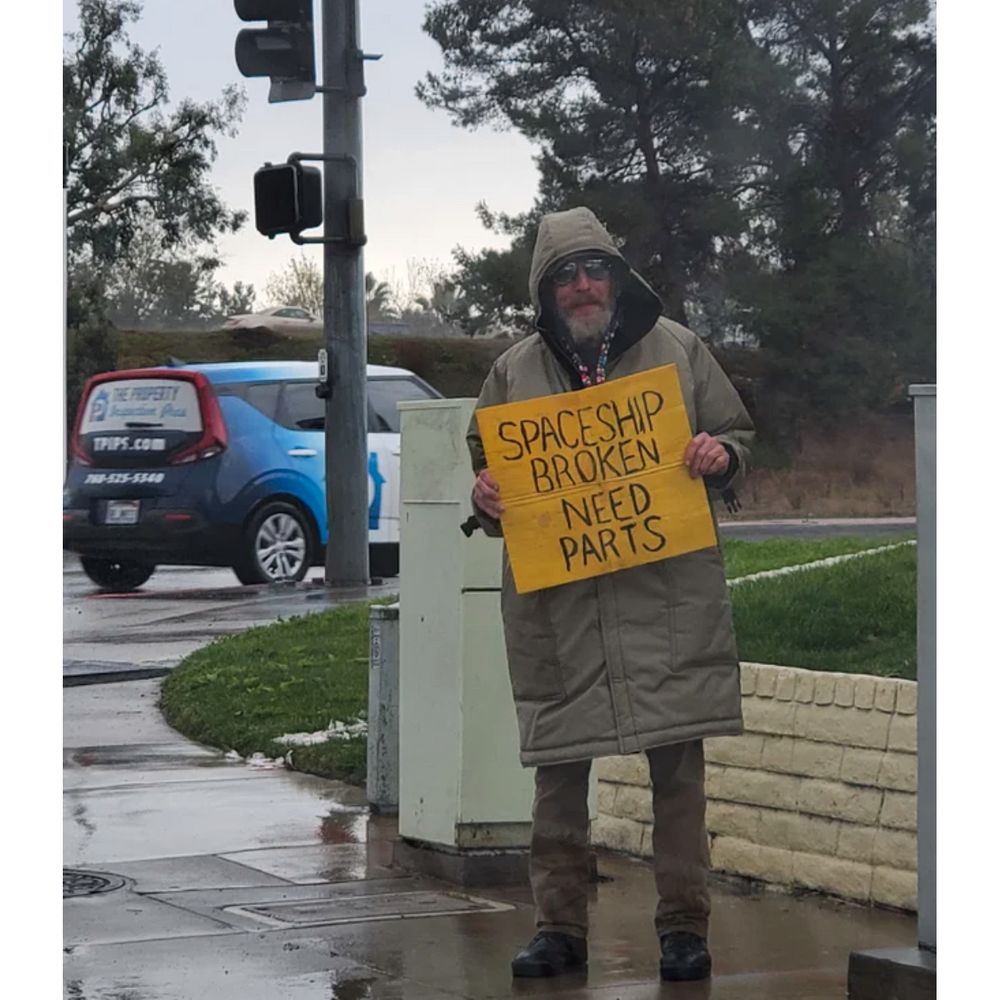 Nothing worse than being stranded on another planet when your spaceship breaks down! AA needs to get to work on establishing an intergalactic service.