30 Popular Dog Breeds That We Often Mistake For One Another

There are currently over 200 different Kennel Club recognized dog breeds, which means there is a lot to learn. Each dog breed belongs to a specific group, there are seven groups in total. The Kennel Club dog groups are gundog, hound, pastoral, terrier, toy, utility, and working.

Every breed has its own special characteristics, whether it comes to the dogs’ personality or looks.

However, sometimes physical description can be a problem when talking a particular breed, as it sounds very similar, if not the same, to another breed.

These 30 breeds are the ones who get wrapped up in a case of mistaken identity the most.

nordicmalamutes,ig_huskyheaven – An Alaskan Malamute is usually 23 to 25 inches tall and weighs 75-100 pounds or more, while the Siberian’s height varies from 20 to 23.5 inches. In addition to this, the Siberian typically weighs less—60 to 70 pounds. Also, when it comes to Malamutes, in contrast to Siberians, they can never have blue eyes. As far as their body goes, the Malamute’s head is larger and rounder, while their tail usually waves upward while the Siberian’s hangs down. 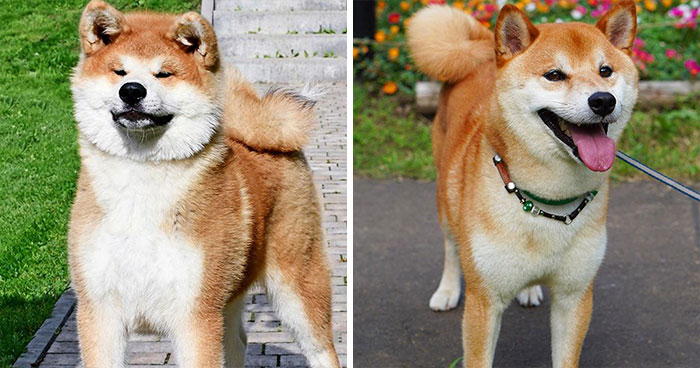 akita_of_fuennooka,musa_shiba_329 – The first thing that becomes apparent when looking at these two breeds is their size—the Akita grows to be much larger than the Shiba Inu. As far as their weight is concerned, Akitas can weigh between 70 to 130 pounds while the Shiba Inu typically weighs up to 23 pounds. In addition to this, Akitas are prone to drooling, whereas a Shiba Inu wouldn’t do it. 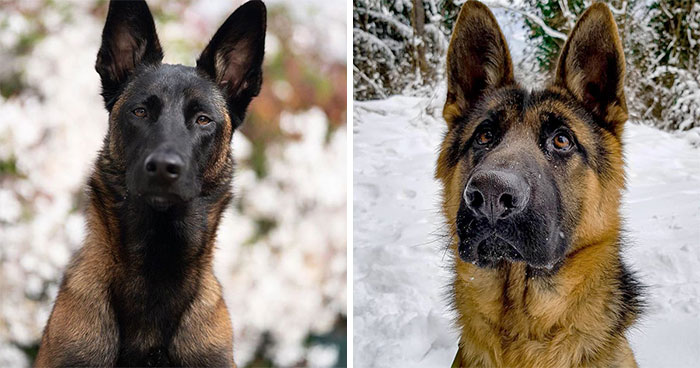 malinois_universe,germanshepherrds – Not only are the Belgian Malinois and German shepherd dogs similar in size with similar fur coloring, but they both often do military and police work. However, the Belgian was developed in Belgium (obviously) for herding and has been adapted for service work recently, whereas the German shepherd has been bred to be a utility dog from the very beginning. As far as their looks go, the Malinois are more slender, smaller, lighter, and have shorter hair in comparison to the German shepherds. 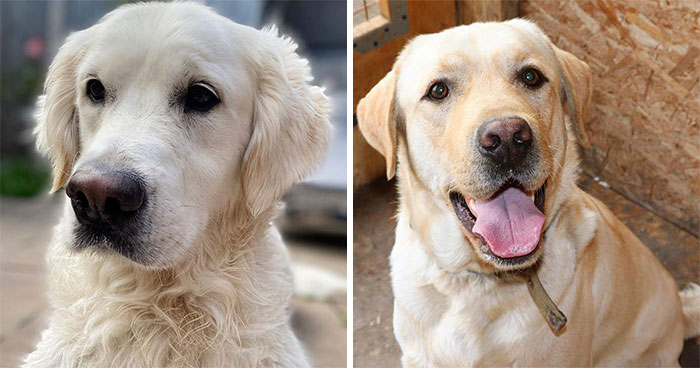 goldens_universal,labr_help_kemerovo – Both of these breeds have quite similar temperaments—they are known to be sociable, affectionate, friendly, and obedient dogs. However, canine behavior experts point out that goldens are usually a bit more sensitive in comparison to Labs. However, as you all know, all dogs are individuals and no breed does guarantee any specific personality traits. As for the looks, golden retrievers have longer fur and fluffy tails, while Labradors are short-haired and have a more muscular build. 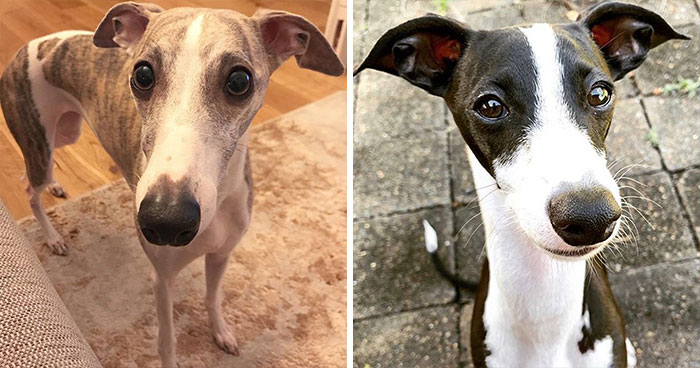 whippet_doggo_luna,iggiesoftheworld – Both of these adorable creatures resemble miniature greyhounds with their slender bodies and pointy heads, and they likely share a common ancestor, too. The Italian greyhound originated back in the Middle Ages and it is yet unknown whether the dogs were used for hunting, or kept as family friends. The whippet, though, was developed purely for hunting in the open fields. In 18th-century England, these dogs were known as “the poor man’s greyhound.” While very similar, the two breeds differ in their size. The whippet usually stands at 18 to 22 inches tall, while the Italian greyhound grows to be only 13 to 15 inches tall. 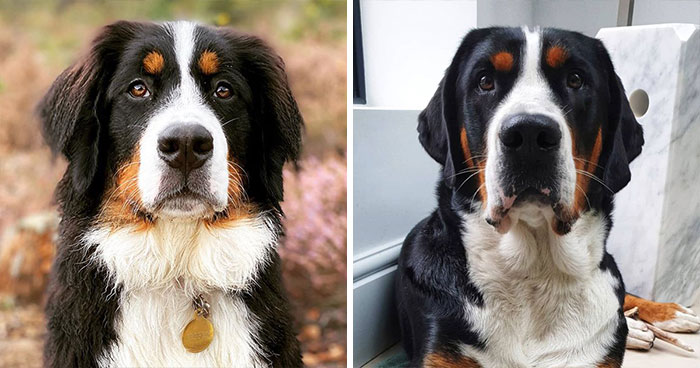 pepper.theberner,harpertheswissy – The two breeds sure have a lot in common—like a tri-color coat with a white blaze on their face, Swiss origins, and equally loyal nature. However, the Greater Swiss weighs more (sometimes males can weigh as much as 140 pounds) and is more muscular. In comparison, the Bernese mountain dog is more fluffy than muscular (thus sheds considerably more) and usually weighs up to 115 pounds. 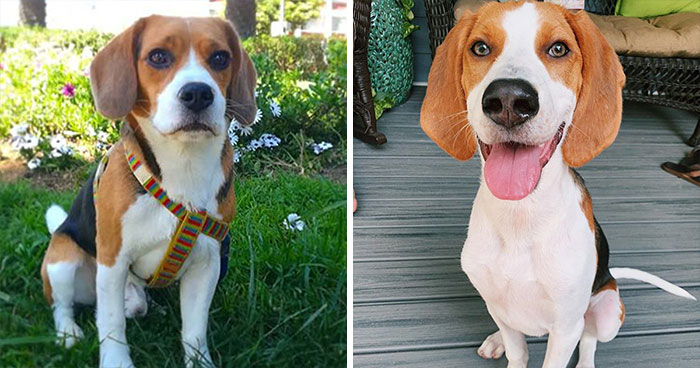 beagle_ali_y_simon,benjithefoxhound – Both of these cuties make great family pets, are sweet-tempered and easy-going. However, as with the majority of breeds, their main difference is size. Beagles are typically much shorter and lighter, standing 15 inches tall and weighing 35 pounds, whereas the American foxhound is usually 25 inches tall and weighs around 65 pounds. 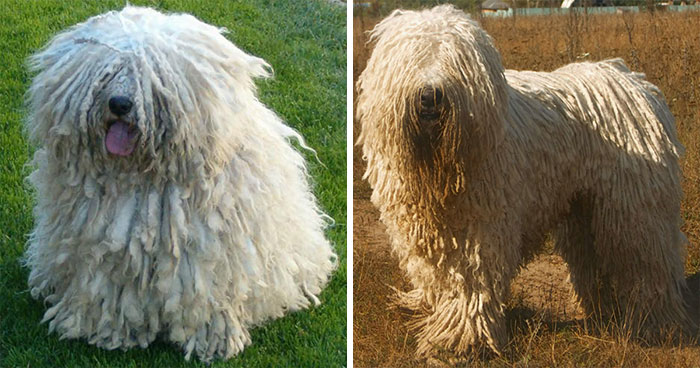 Wikimedia Commons,wikipedia – You can probably come up with a lot of names for these two types of dog breeds. With their unique and high-maintenance coats, both the Puli and Komondor stand out from any given crowd. However, when it comes to their looks, the Puli is usually way lighter and smaller, standing 17 inches tall and weighing 35 pounds, whereas the Komondor stands about 27 inches and can weigh 100 pounds or even more. 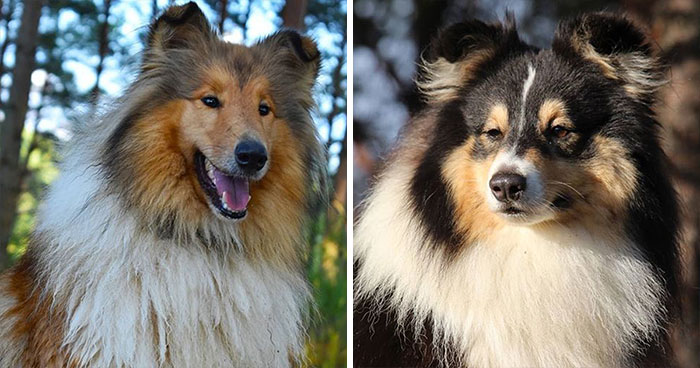 collie_jessicka,maryaaag – While both obviously adorable, collies and Shelties differ in size—Shelties are much smaller than collies. In addition to this, collies’ muzzles are longer. Unfortunately, both are prone to some genetic issues, including eye problems and seizures. Both of these breeds are great with children, and are overall friendly and sociable. However, collies can tend to be more quiet and reserved than Shelties. 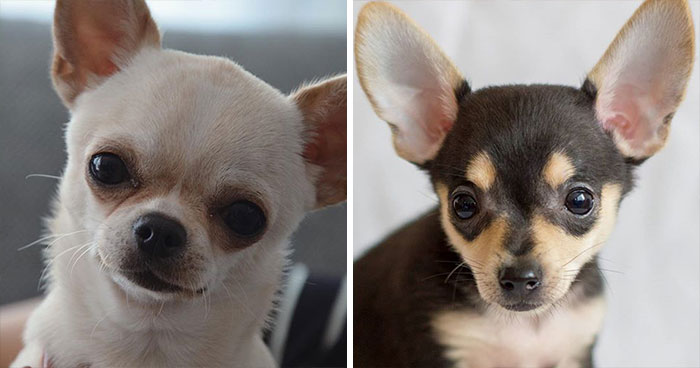 pauli.nskii,cielo_estelado – While both are seemingly very similar, Chihuahuas and Russian Toys have some differences, too. Firstly—their country of origin, as Chihuahuas originated in Mexico, whereas the origins of the Russian Toy dog are probably self-explanatory. They come in similar size and their weight is similar, as well. However, the head of the Chihuahua is usually more round, whereas its Russian counterpart has a longer muzzle, and usually a leaner body. 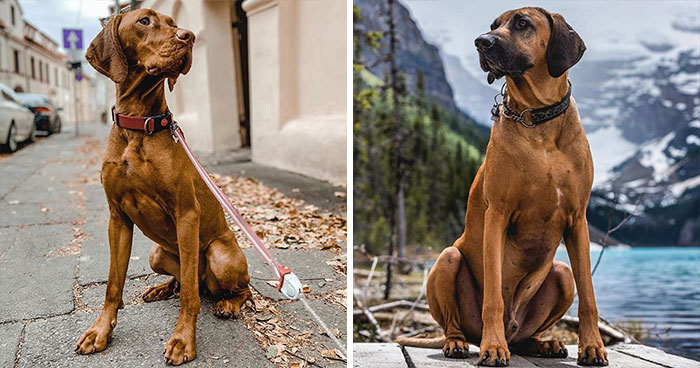 donna_primadonna_,rhodesianridgeback.lovers – These striking beauties both are muscular and come with gorgeous red-tinted coats. However, the Rhodesian ridgeback got his name for a reason—the thing that differentiates it from the Vizsla is the ridge of hair running the opposite direction along the back of the Rhodesian ridgeback. Both of the breeds were bred for hunting, though: the Rhodesian (dubbed the lion dog) originates from Africa, while the Vizsla originates from Hungary. Today, Vizslas are used in TSA and for search and rescue missions. 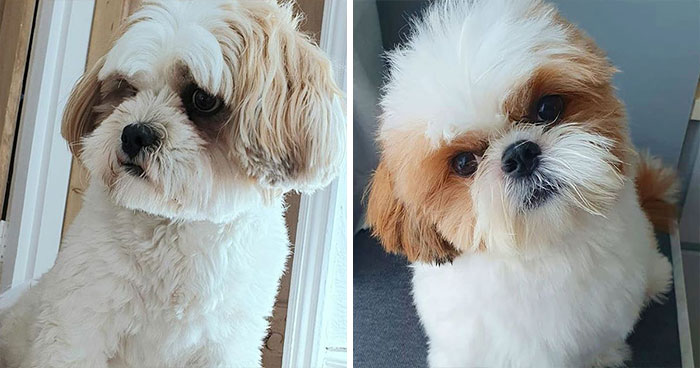 lhasaapsoworld,shihtzuclubs – Both of these long-haired beauties come from Asia and have a shared bloodline. And it’s no wonder they usually get confused since Lhasa Apsos are a parent breed to Shih Tzus. However, when it comes to their physique, the Lhasa Apso stands a bit larger at 10-11 inches and weighs 12 to 18 pounds, whereas a Shih Tzu can reach a height of 9-10.5 inches and weigh from 9 to 16 pounds. 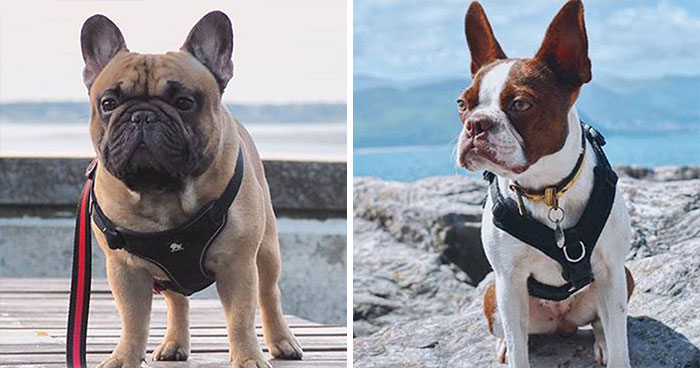 sirhenry_frenchbulldog,ednameetsworld – In comparison to Boston terriers, Frenchies are usually built with a larger bone structure and are generally more muscular, whereas Boston terriers have longer legs and come with tuxedo-style markings. In addition to this, Frenchies have a square-shaped head and erect bat-like ears, while the ears of the Boston terrier are pointed and their heads are round. 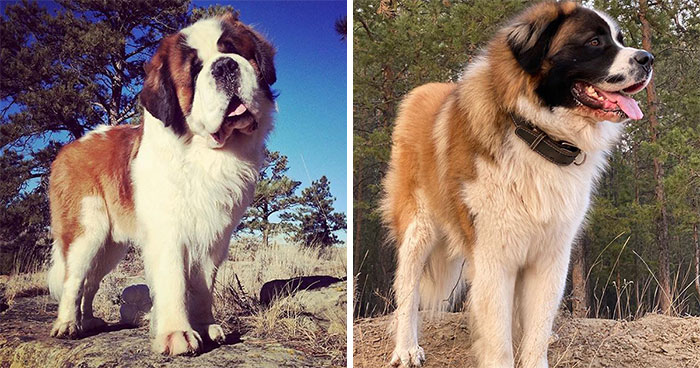 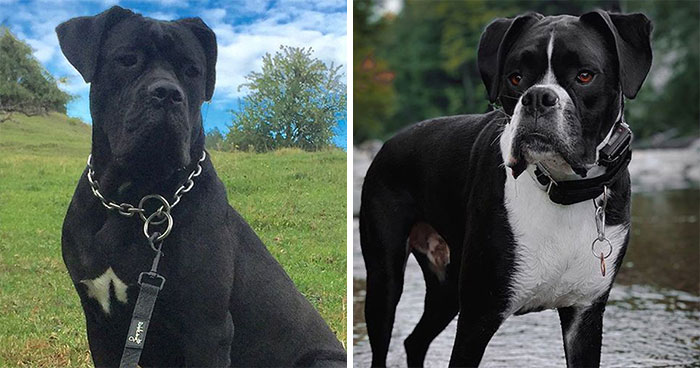 _cane_corso_italiano,sturges.story – Typically, Cane Corsos can be differentiated from boxers by their ears, as they are usually cropped. However, if they are not, chances of confusing the two are far greater. However, the main difference between the two is that Cane Corsos are usually a bit larger than boxers, weighing somewhere from 88 to 111 pounds, whereas boxers weigh up to 71 pounds.