A Beautiful Photo of Robert Irwin With His Self-Isolation Buddy, a Tortoise Named Igloo

Since we’ve been isolated for weeks, staying at home to avoid getting infected coronavirus and lower the curve, some of us started to miss even the simplest things in life. We miss the company of our nearest and dearest.

But having a good set of self-isolating buddies can really make a huge difference. For some, it can be a parent, a loved one or a friend on the other end of the line, for some, it’s a beloved pet. And for some lucky ones, it’s a whole zoo.

Exactly like the four heroic UK zookeepers who decided to isolate themselves in a wildlife park to take care of the animals, the famous family of the Crocodile Hunter – Steve Irwin is up to the task to take care of his legacy, the Australia Zoo. Since all family members – Terry Irwin with the kids Robert and Bindi, as well as Bindi’s new husband Chandler, practically live at the zoo anyway, it’s no surprise that animals living at the zoo have become their isolation buddies.

Recently, Robert Irwin, son of Steve Irwin, revealed that one of his isolation buddies is a giant Aldabra tortoise named Igloo. 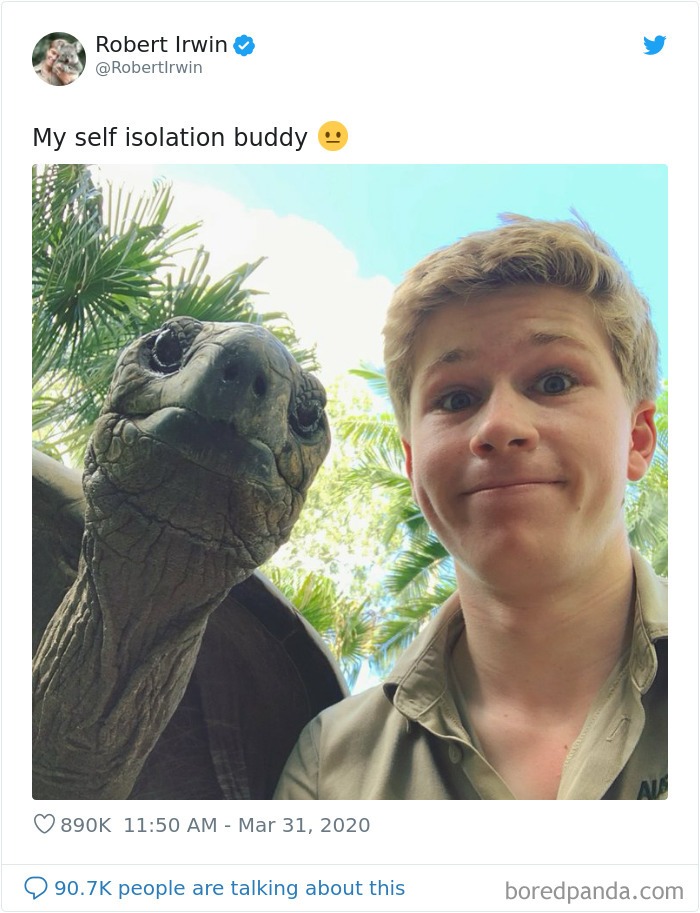 Tortoises are land-dwelling reptile species. While all the other turtle species are at least partly aquatic, tortoises spend all of their lives on land. Their size can vary from a few centimeters up to two meters, they are known to be the longest living land animal in the world and are known to live over 150 years. An Aldabra giant tortoise named Adwaita is known as the longest living tortoise, having lived 255 years.

Irwin’s family keeps spoiling their fans with adorable pictures with the animals that live at the zoo. What a way to cheer up people stuck at home! 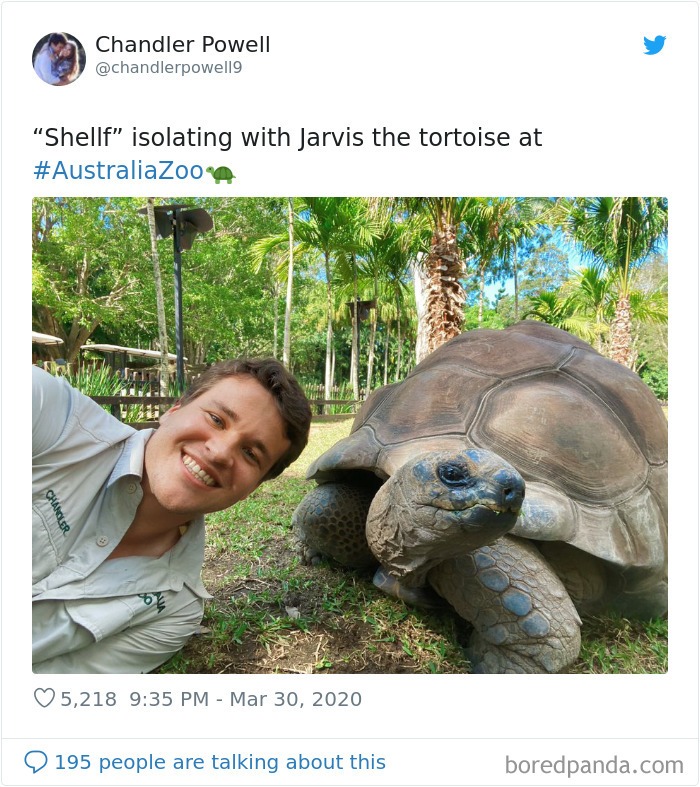 People showed a lot of love for Robert and some even had some witty remarks. 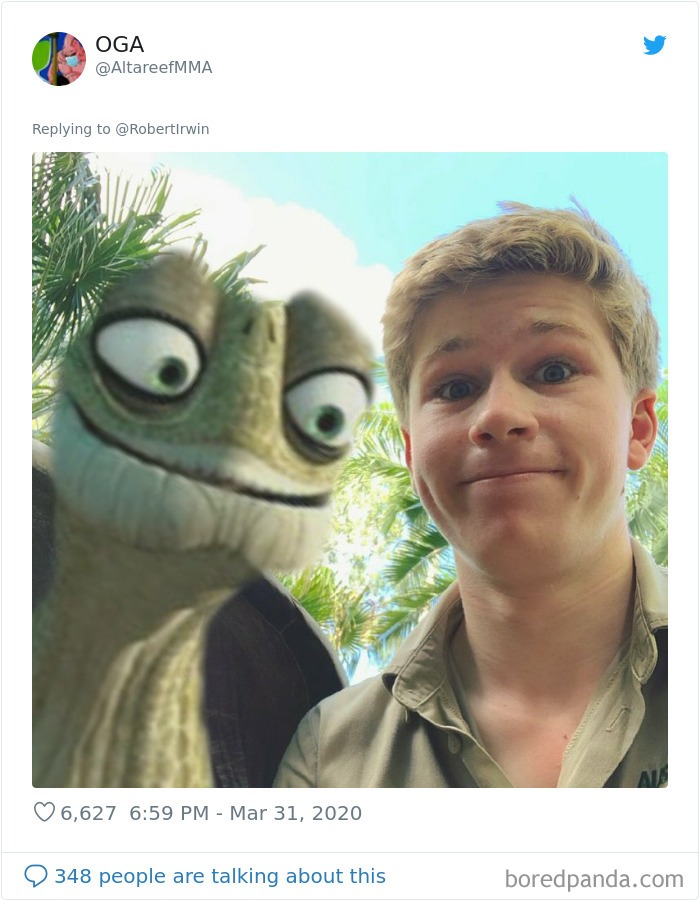 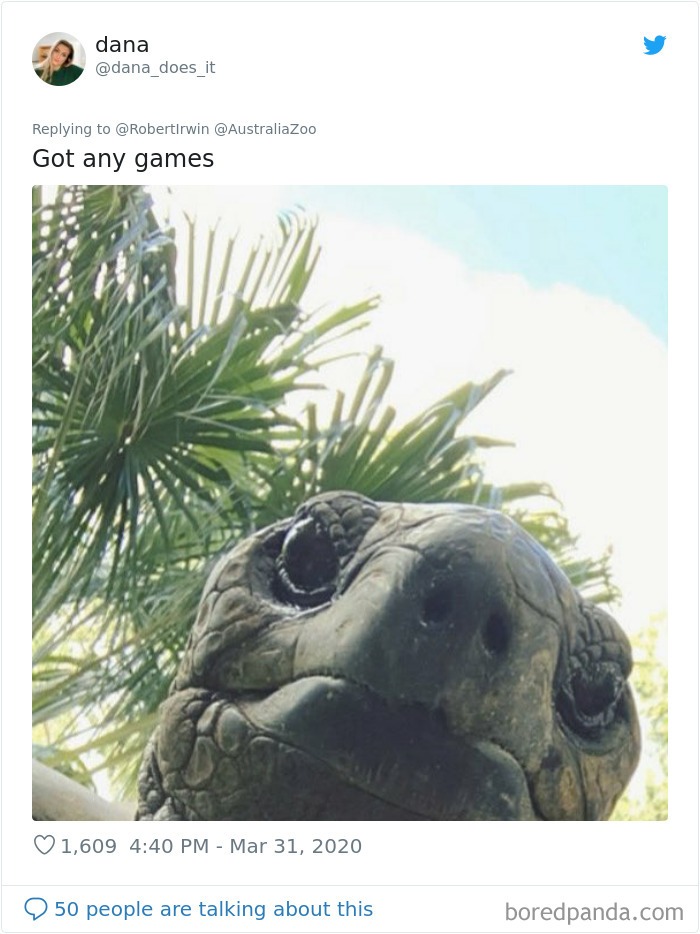 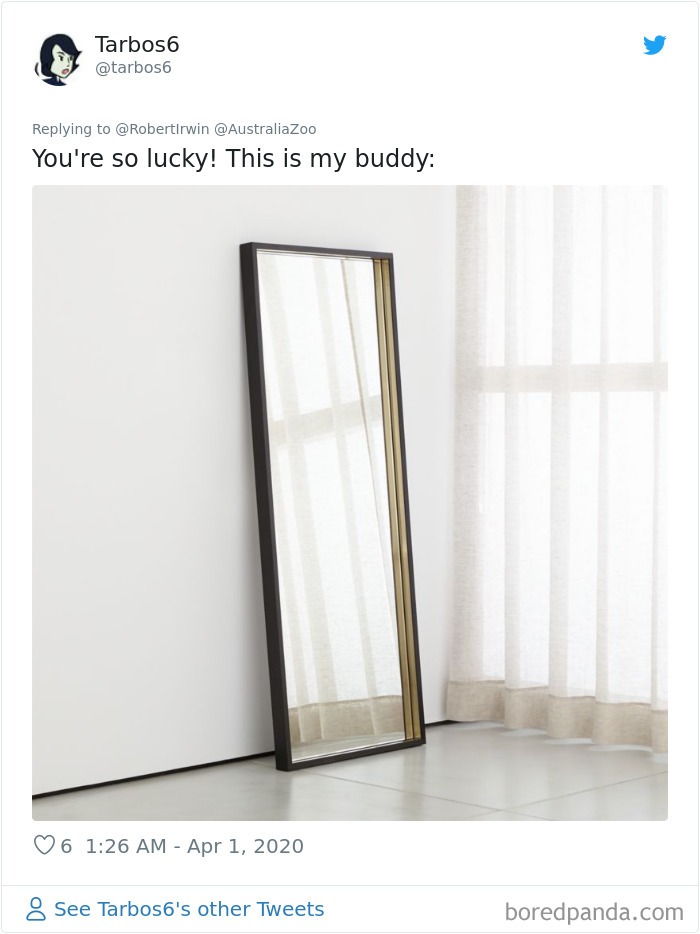 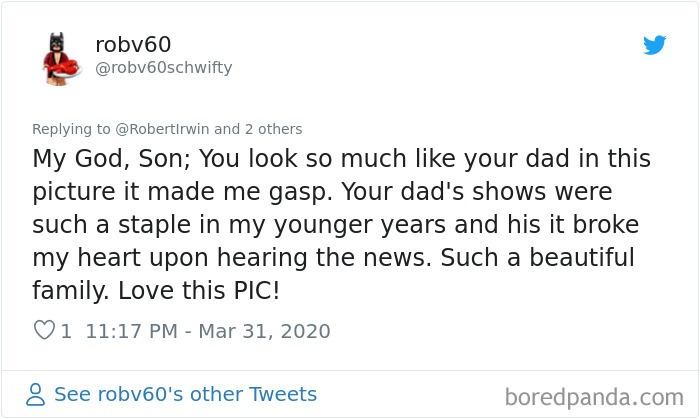