‘Beer Yoga’ is Now a Thing and Its Becoming So Popular

After a hard day’s work, for many of us, there is nothing quite like putting down an icy cold beer – then picking it up again – putting it down and repeating.

We live in a fast-paced world and there are benefits to be had by saying ‘yes’ to that post-work drink, even if it means missing out on the trip to the gym or that evening’s yoga class. So for those who want to say “yes” to it, all should try out the “beer yoga” that might just become a new favorite hobby! 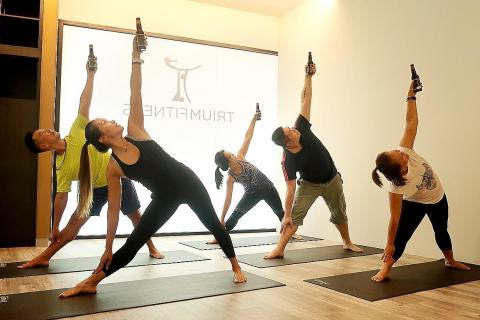 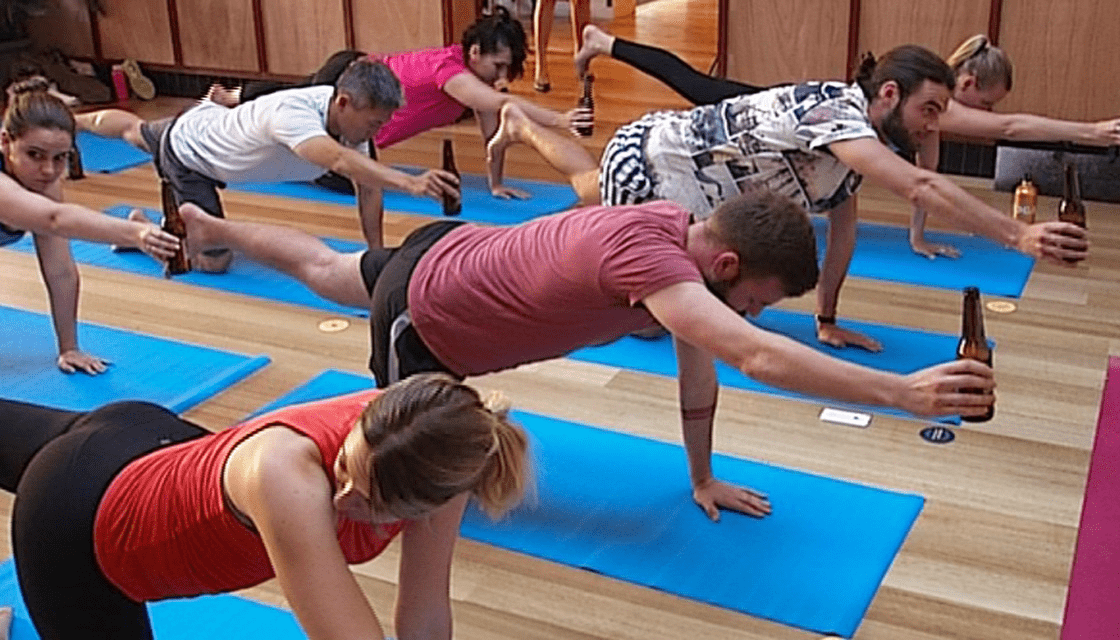 Germany’s BierYoga, on its website, describes it as: “A marriage of two great loves – beer and yoga. Both are centuries-old therapies for mind, body, and soul.”

This class involves picking up a beer, drinking it, and putting it back down again, in many different ways. It has been enjoyed by Berlin hipsters as an alternative form of exercise and way to socialize and has now also found it’s way to Australia, London, Bangkok, Delhi, and many other cities around the world.

Yogi and founder of BierYoga, Jhula, explained that she first saw this taking place at American cultural festival Burning Man, so she decided to start offering the classes in her home town. She said: “BeerYoga is fun but it’s no joke. We take the philosophies of yoga and pair it with the pleasure of beer-drinking to reach your highest level of consciousness.”

The trend has now caught on with classes popping up all over the world, as well as people trying it out themselves at home and sharing their attempts on social media.

Mom Posts A Hilarious Selfie Next To Her Masterpiece Portrait Drawn By Her Daughter Previous post
A Couple That Met At Woodstock 50 Year Ago, Finally Finds A Photo Of Their First Hour Together Next post
We use cookies to ensure that we give you the best experience on our website. If you continue to use this site we will assume that you are happy with it.OkPrivacy policy