Most of us think of cats as disobeying, with their own set of rules (which is true tbh), but they seem to be pretty good at following the social distancing order (though we know they just love sitting inside of circles). A group of stray cats was spotted occupying social distancing markers on the sidewalk in one Quezon City market street, in the Philippines.

The white circles painted on the ground are meant to help people stay at least 1 meter apart and to reduce the spread of Covid-19. Photos of the cats acting socially responsibly drew a lot of internet users’ attention and people complimeownted them for being disciplined. Unlike some people out there who might think that the pandemic has nothing to do with them.

Check out the cute photos below and let us know what you think in the comments below. 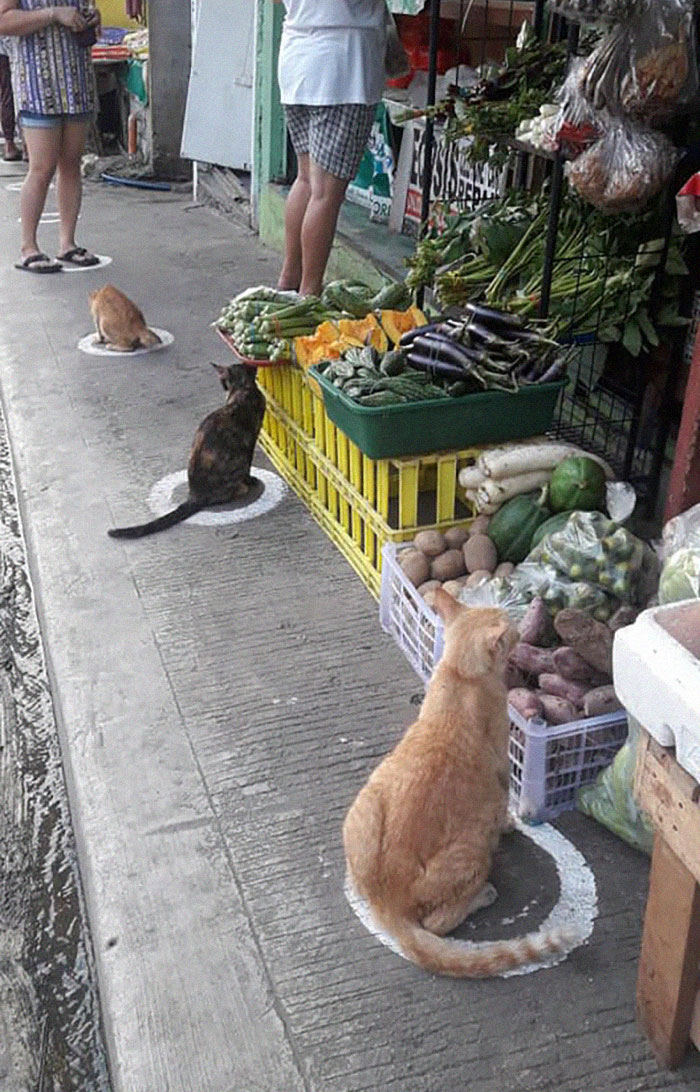 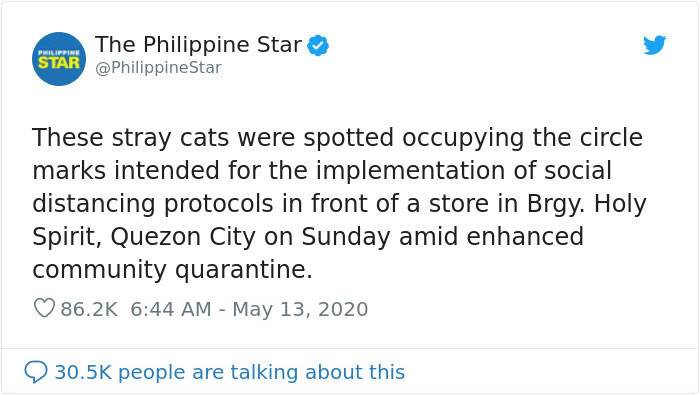 The cats stayed inside the circles for around 10 minutes. This group of felines usually comes here looking for food 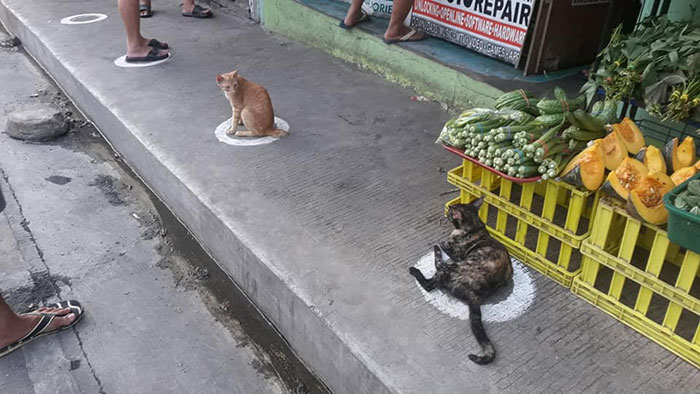 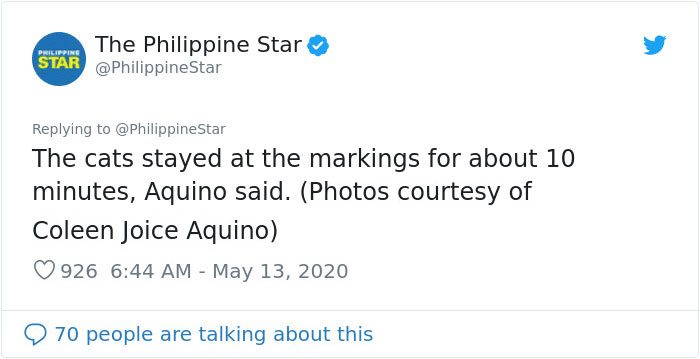 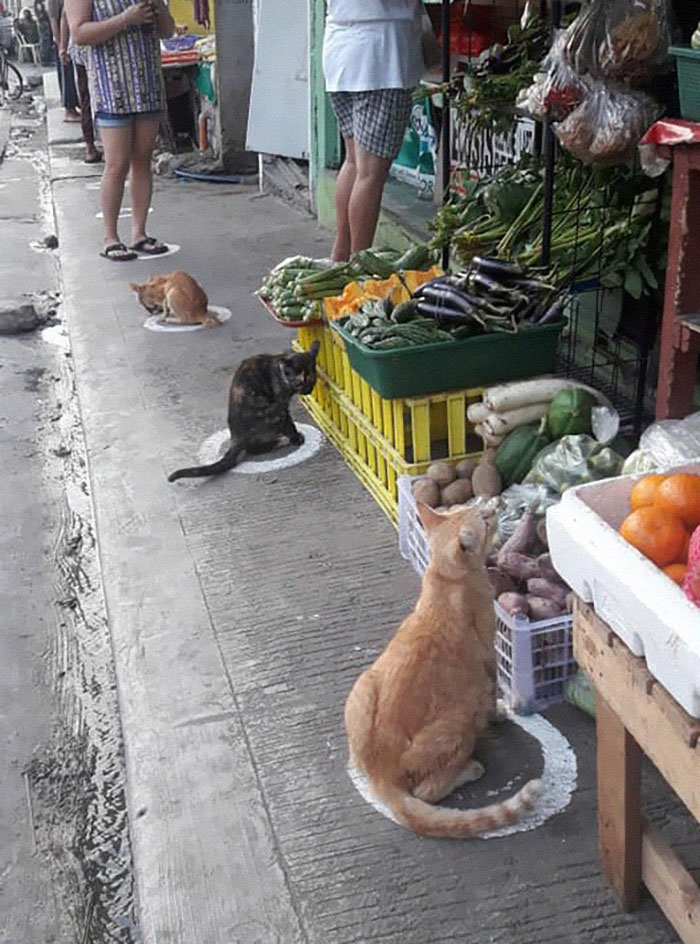 The world learned about the circle-marker-loving cats after Quezon City local Coleen posted photos she took on her Facebook account. That’s when the meowsome pics went viral and were even featured on the news.

Coleen told Bored Panda that the first time she saw that the cats were occupying the circles, they stayed there for around 10 minutes. She thought it was so amazing, she decided to take a few photos of them. “I took the photos on May 10 and these cats are just roaming around the public market where our vegetable store is located at. That was the first time I saw cats sitting in the circles,” she said.

According to Coleen, she didn’t expect her photos to go viral. “I just posted them because I found it cute and nice content to share on social media.” She added that when she took the photos, her city was implementing an Enhanced Community Quarantine (aka an ECQ). “But now it is under Extreme ECQ. And people here are following regulations,” she said.

The cats keep coming back looking for food

“I was so excited that I took pictures of them,” she also told the local media. According to her, these particular cats are strays that keep coming back to the same spot looking for food.

While we like to think that cats are silently mocking us by showing us how to follow quarantine regulations properly, the truth is, felines love being inside circles and squares. It’s a survival instinct.

Cat behaviorist Mieshelle Nagelschneider from The Cat Behavior Clinic told Inverse that cats are drawn to enclosed spaces because hiding is both a predatory and a predator-aversion instinct.

“Out in nature, they will hide from predators in a carved-out tree stump. They will also hide themselves in this same tree stump to ambush their prey as part of their natural stalking and predatory behavior,” she said. “Placing themselves in a circle would give a cat a sense of security and safety and, at least in their minds, an increased chance of survival.” 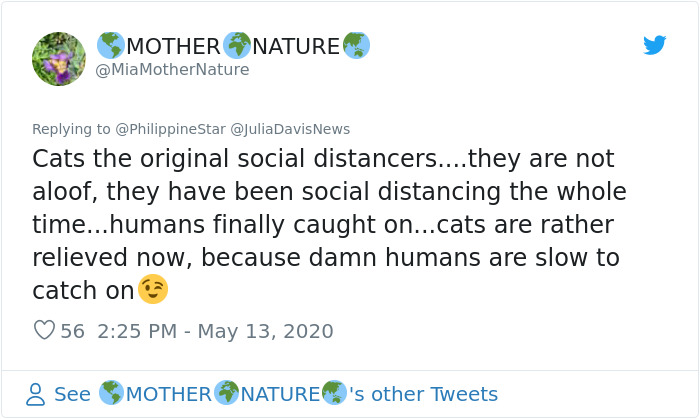 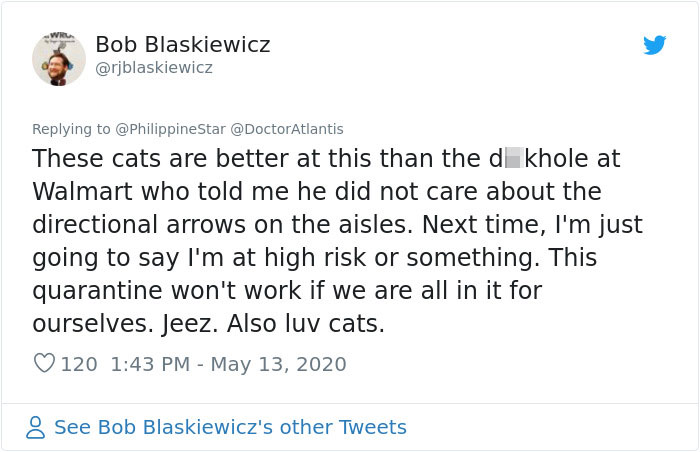 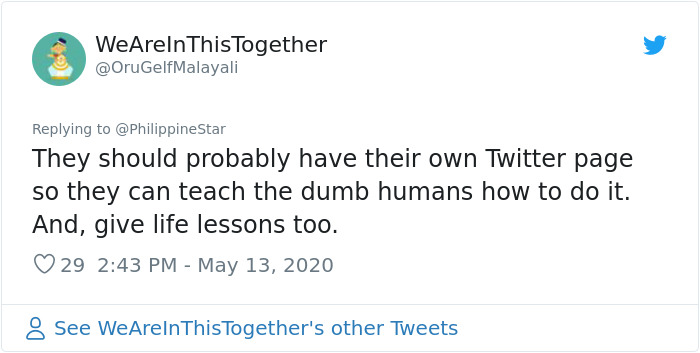 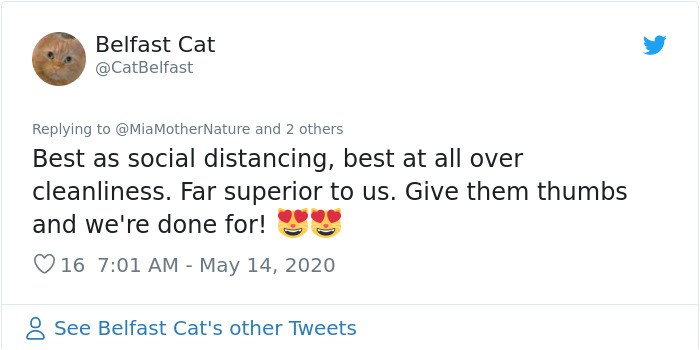 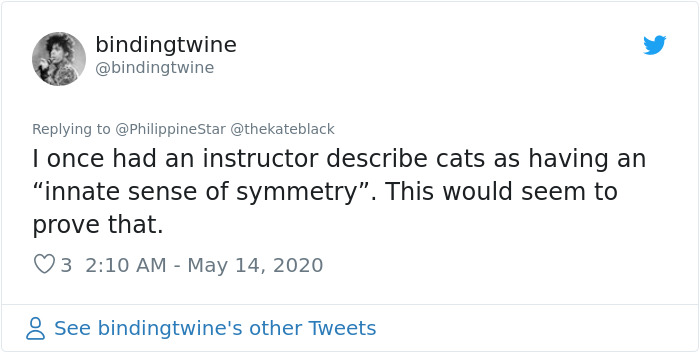 Some people wanted to know why cats do this… 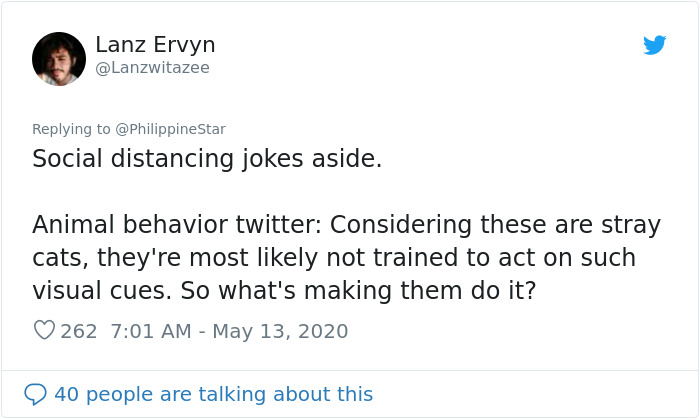 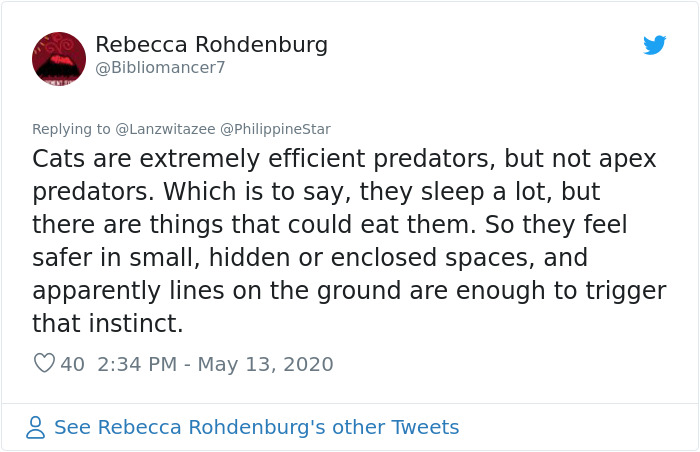 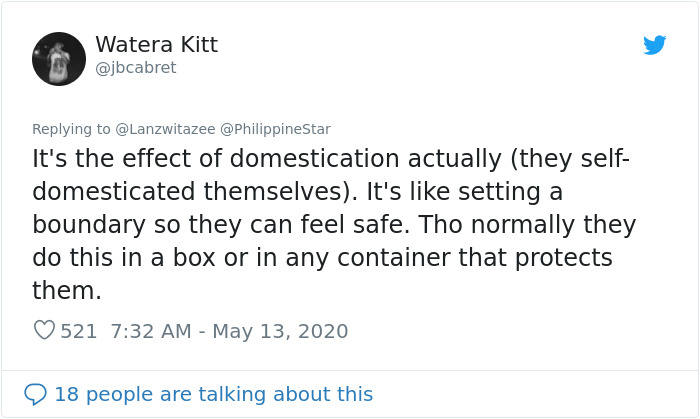 Other animals were also spotted social distancing during the quarantine elsewhere 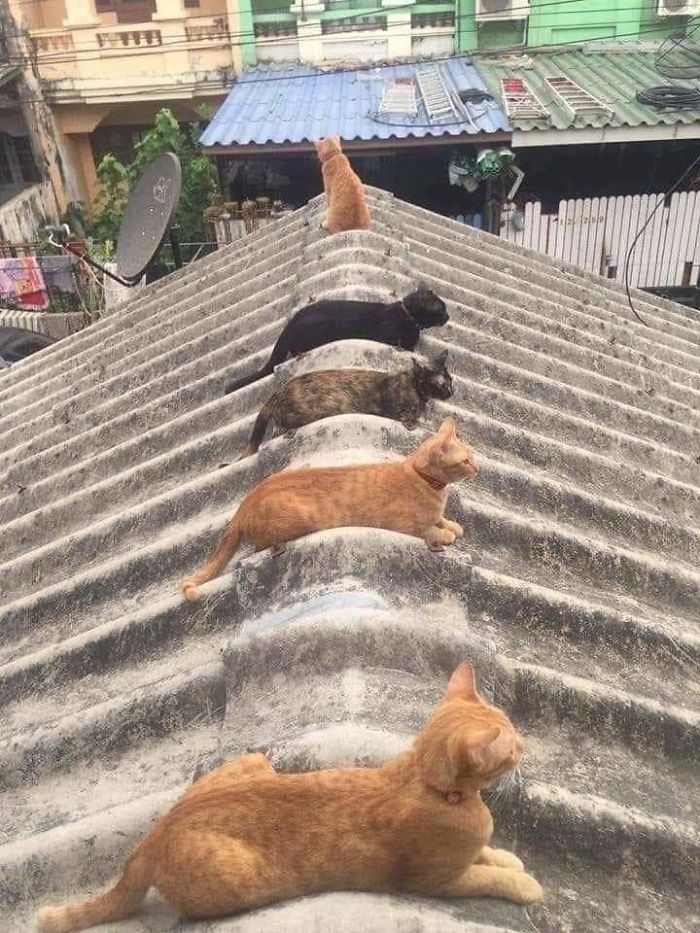 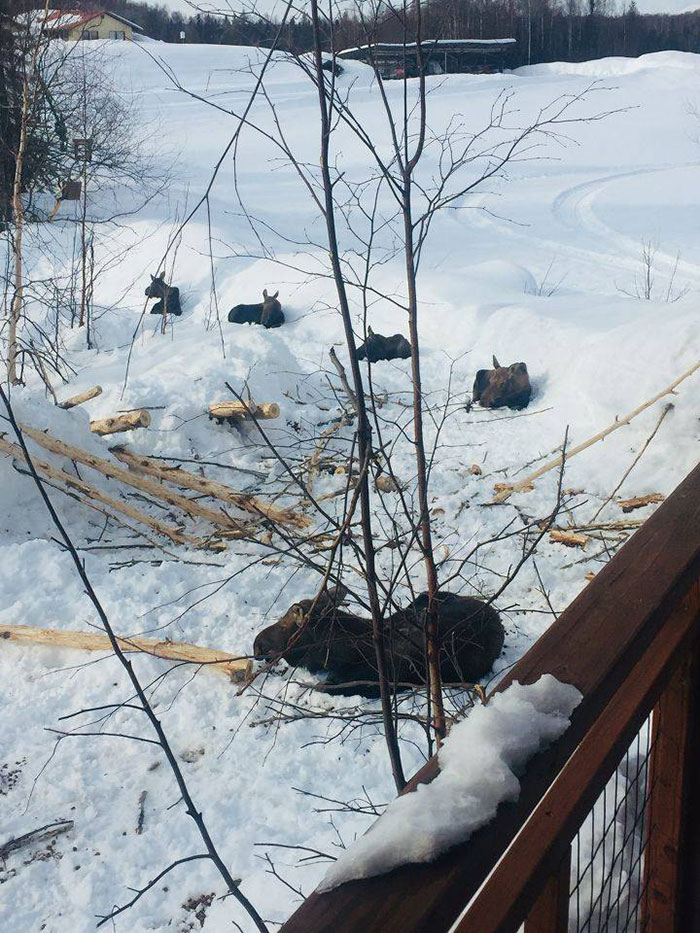 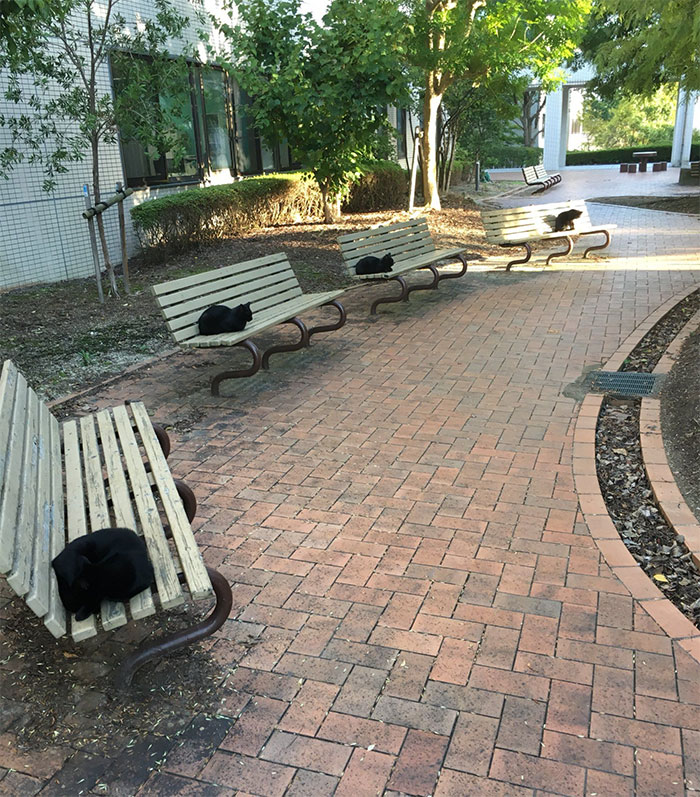 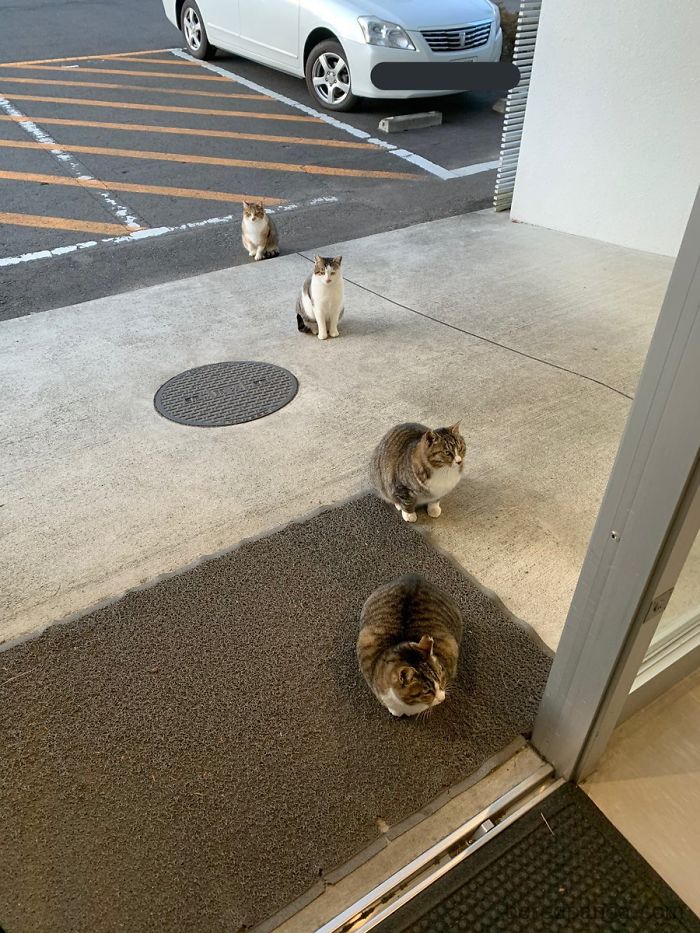 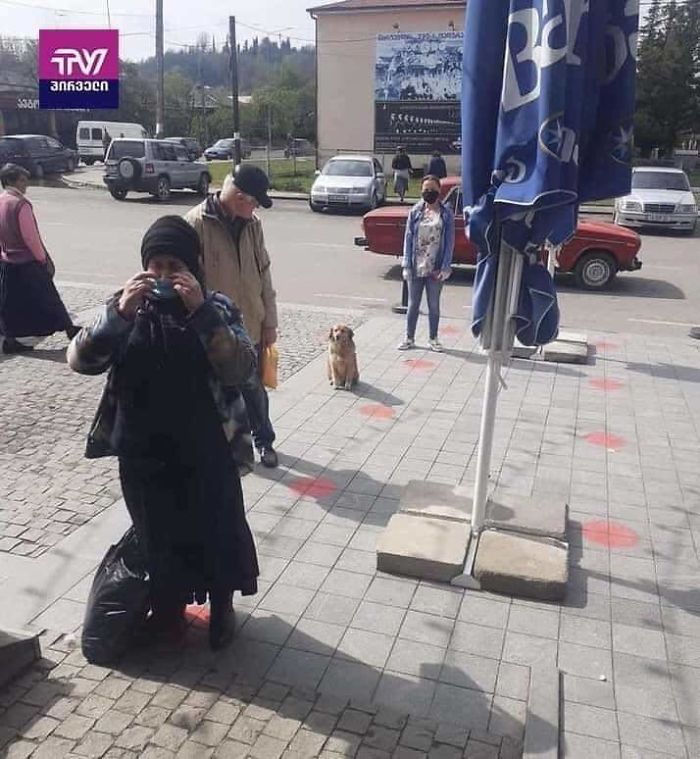 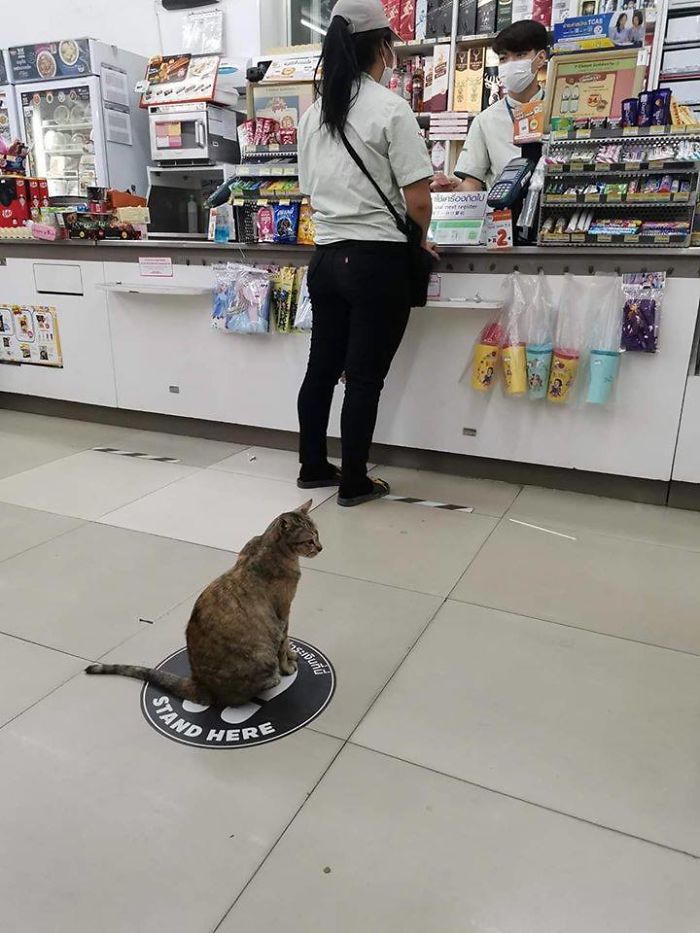 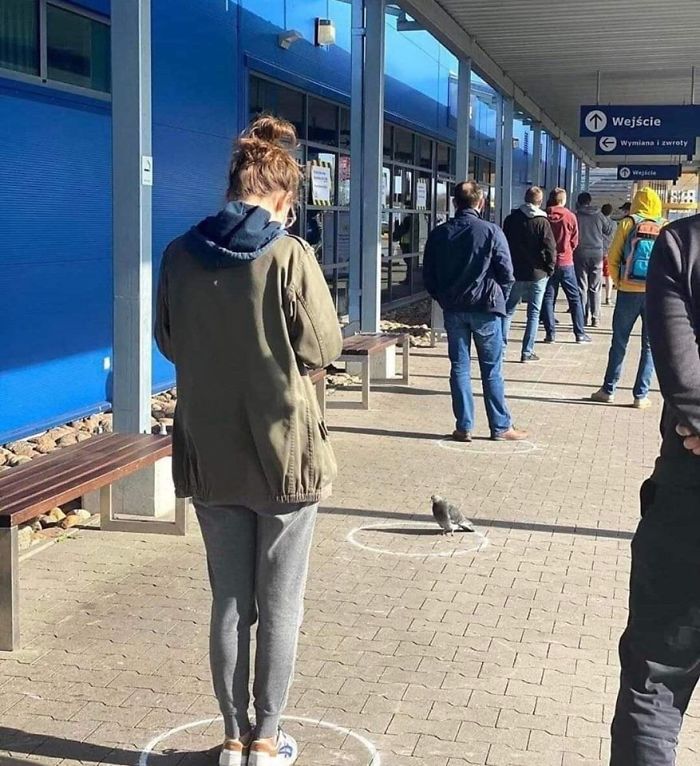