If it wasn’t for some people with good intentions, probably the world would have already become 2 degrees warmer long ago, and the number of people, animals, plants, the entire ecosystem, dying from climate change and environmental pollution would double or triple already.

In the 1990s, Brazilian photojournalist Sebastião Ribeiro Salgado had just returned from East Africa, where he’d been documenting the Rwandan genocide.

The traumatizing project made Salgado physically and psychologically sick. “I saw in Rwanda total brutality,” he told the British Journal of Photography. “I saw deaths by thousands every day. I lost my faith in our species.” The mortal risks of his work began materializing as his own body attacking itself, the trauma response causing infection to spread rampantly.

Salgado became depressed and lost his passion for photography. He returned to his family land in the state of Minas Gerais, expecting to see the lively, lush rainforest he remembered as a child. However, he was devastated to find the trees cut down and the wildlife gone. “The land was as sick as I was,” Salgado told The Guardian. “Everything was destroyed.” 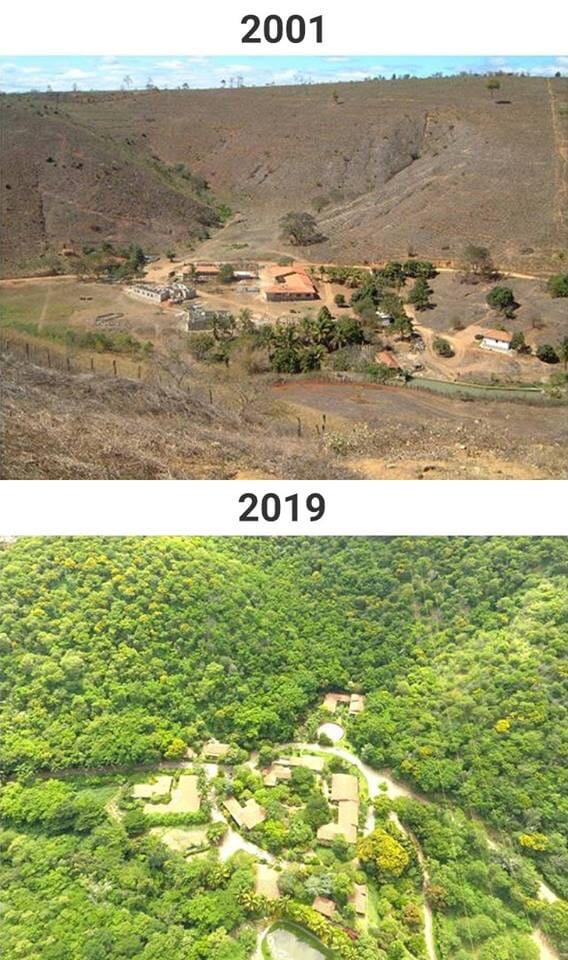 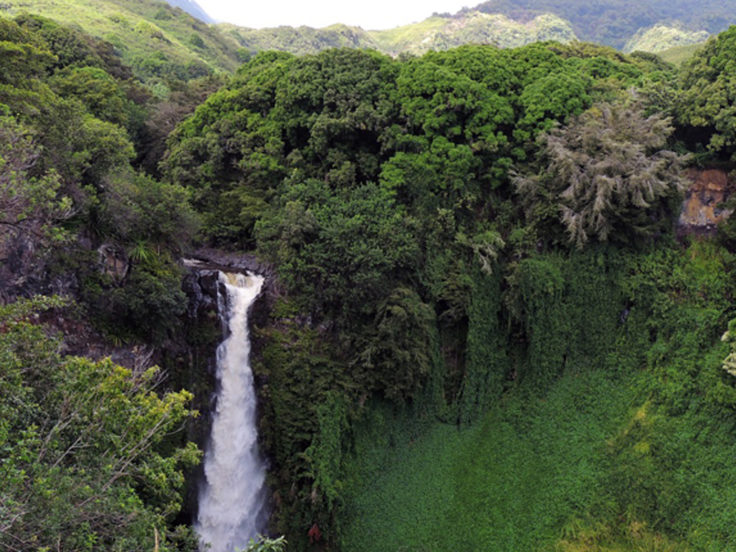 Salgado, now 75, remembered the farm he grew up on as a lush and lively sub-tropical rainforest, but the area had suffered from rampant deforestation and uncontrolled exploitation of natural resources.

His wife had the idea to replant the forest.

‘It was so natural, instinctive. The land was so degraded, so horrible. What a bad gift! Why not plant?’ Lélia told Smithsonian Magazine in 2015. 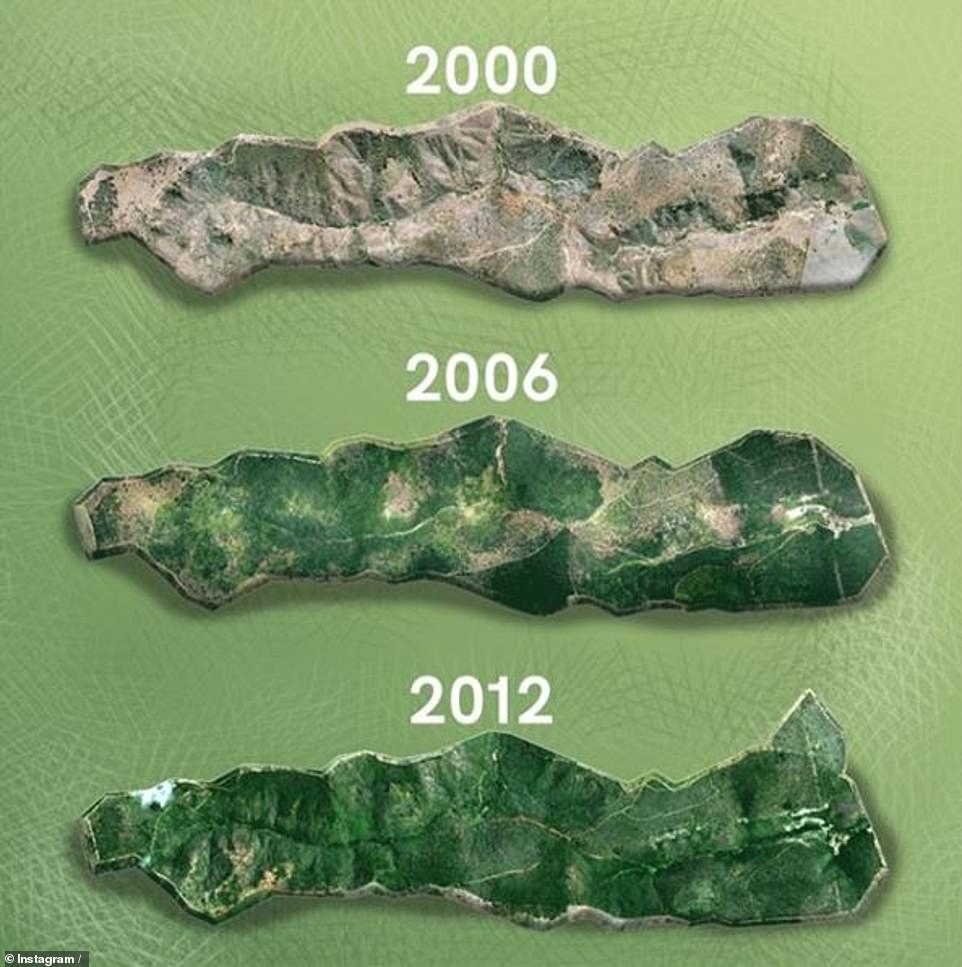 So the award-winning photographer known for his black-and-white depictions of human suffering around the world turned his hand to healing the land of his youth.

In 1998, the couple founded the Instituto Terra, an environmental organization dedicated to the sustainable development of the valley.

They elicited the support of Vale, one of the world’s biggest mining companies and reforestation experts, which donated 100,000 seedlings from its nursery and helped rejuvenate the ‘dead soil’. 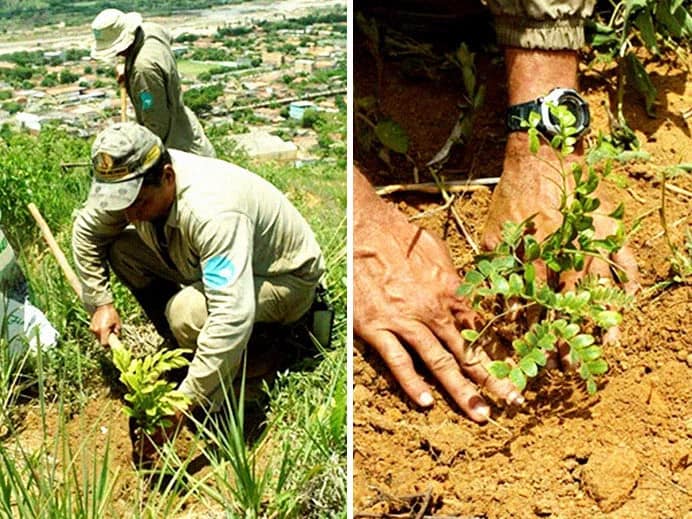 Those first seedlings were planted at the Bulcão Farm in 1999 by local school students, marking the beginning of a close relationship with the community.

In the 20 years since then, the badly eroded land has been completely transformed ‘into a fertile woodland, alive with flora and fauna,’ according to Instituto Terra’s website.

Hundreds of species of flora and fauna now call the former cattle ranch home, including nearly 300 species of trees, more than 170 species of birds, 30 species of mammals, and 15 species of amphibians and reptiles — many of which are endangered. 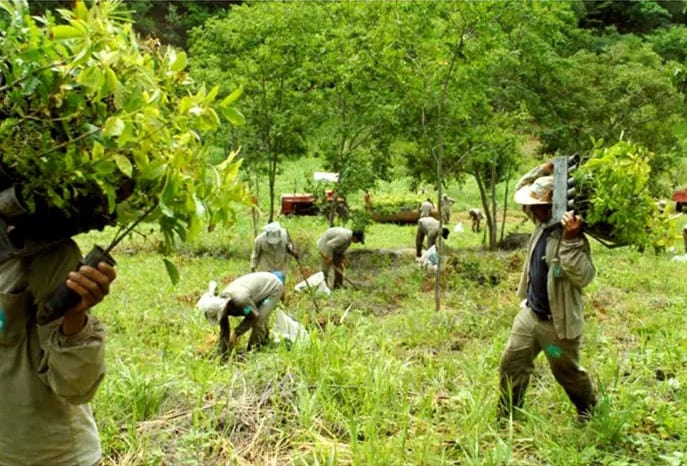 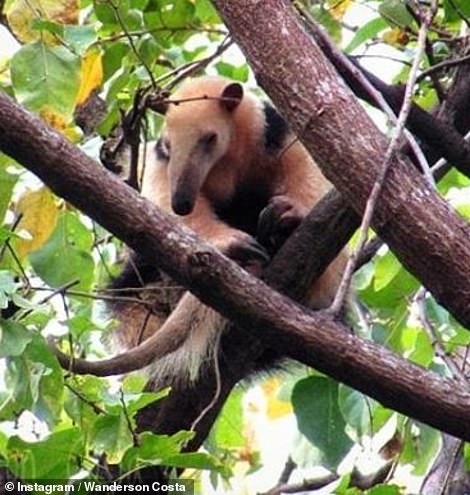 Animals have returned to the area in abundance, including more than 30 species of mammals such as this anteater. The turtle is one of the 15 species of amphibians and reptiles that have returned 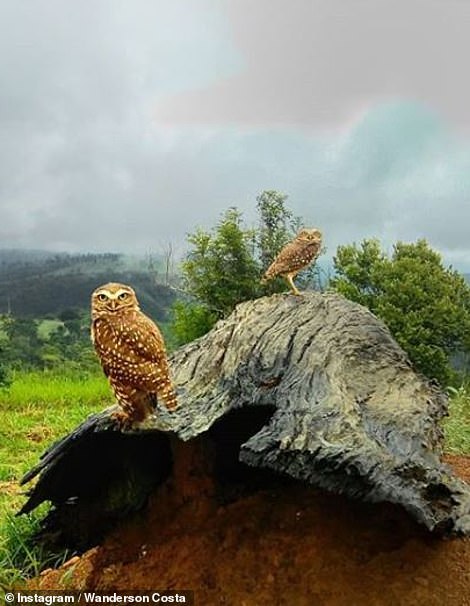 The once-barren land is now a birdwatcher’s paradise, with more than 170 species of birds including this saffron finch and these owls 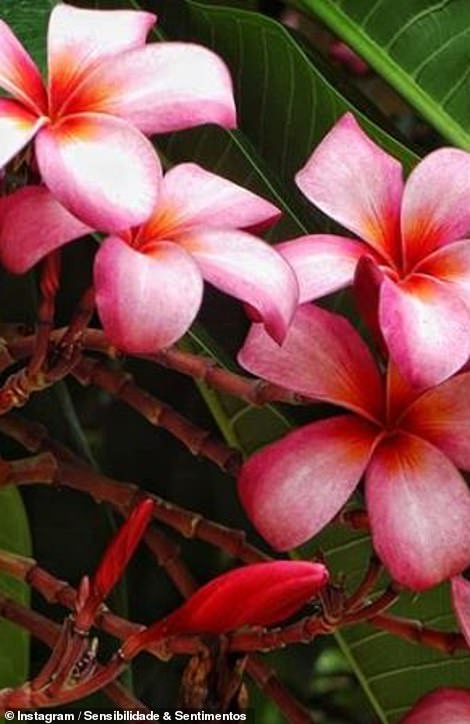 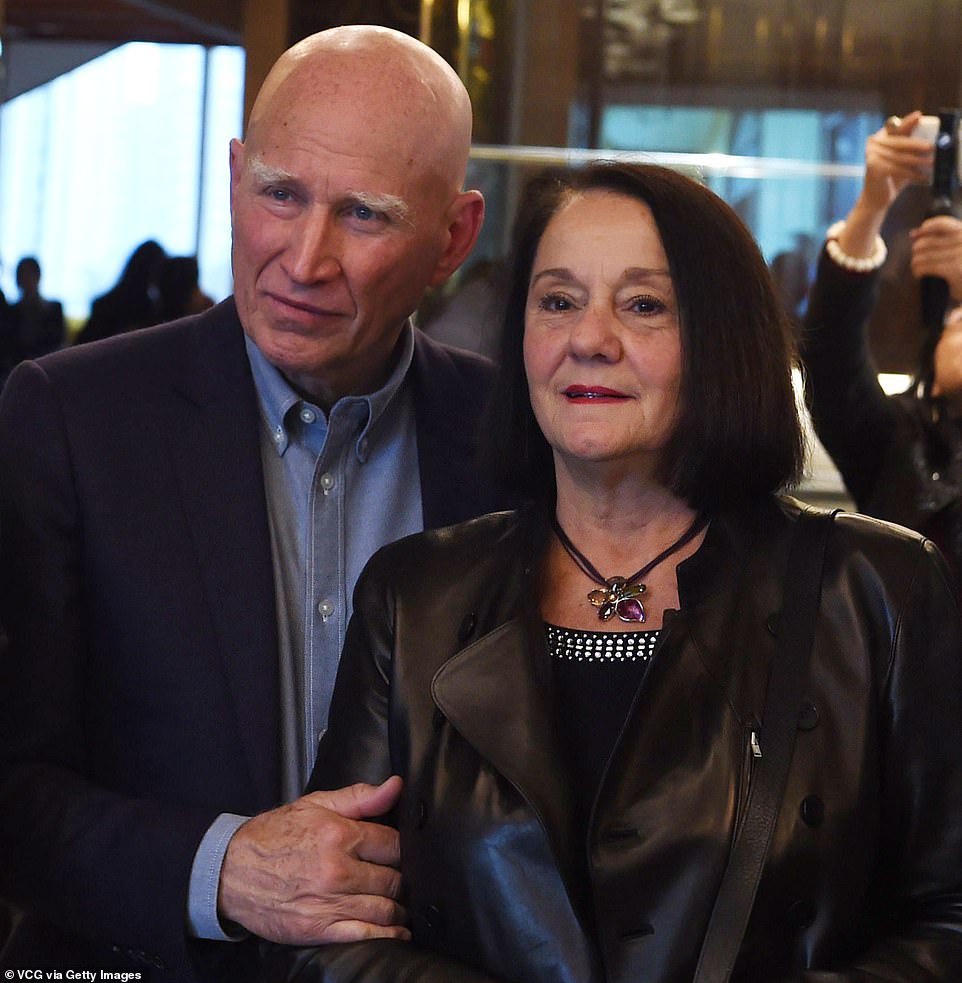 Sebastião and Lélia Salgado, seen here in China in 2016, founded the environmental organization Instituto Terra in 1998 to rejuvenate the land 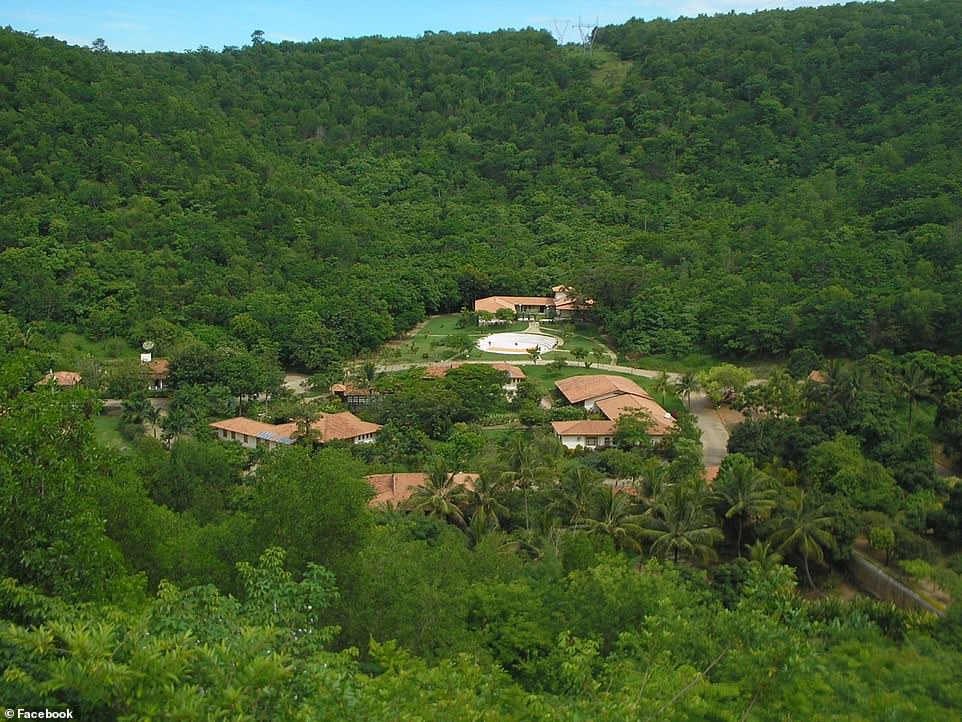 The Salgados no longer own the property, seen here in 2015, which is now a federally recognized nature preserve that raises millions of tree seedlings in its nursery, trains young ecologists and welcomes visitors to see a forest reborn

‘All the insects and birds and fish returned and, thanks to this increase of the trees I, too, was reborn – this was the most important moment,’ Salgado said.

The rejuvenation has also had an impact on the ecosystem and climate, bringing back several once dried-up springs in the drought-prone area, and positively affecting local temperatures.

The Salgados no longer own the property, which is now a federally recognized nature preserve that raises millions of tree seedlings in its nursery, trains young ecologists and welcomes visitors to see a forest reborn.

‘In this way we are creating an engine of environmental transformation directed to the sustainable development of our region,’ Salgado said of the school at Instituto Terra.

‘The Instituto can be a laboratory for the world,’ said technical project planner Gilson Gomes Júnior in a video by the institute. ‘The great problem of the globe today is climate and water. We create water and climate by means of the forest. The Instituto believes its work can be replicated.’

Minas Gerais is 70 miles inland from Brazil’s Atlantic coast, in the Maine-size valley of the freshwater river Rio Doce.