Weighing in at 156 pounds and a little over 6 feet tall, the baby girl is healthy and “feisty,” according to the animal care team at the park.

“First time I came and saw her, she was moving around well through the stall, nursing well,” Karen Jasmine, animal manager at Disney’s Animal, Science, and Environment, said. “At her neonatal exam, she was definitely very feisty and strong. I would say she’s pretty brave and an independent animal.”

The yet-to-be-named baby girl giraffe already has a close bond with her mom, Mara. The new giraffe is a third-generation Masai that’s currently at Disney, according to the park.

On September 25, the Animal Kingdom welcomed a new Masai giraffe to the premises. 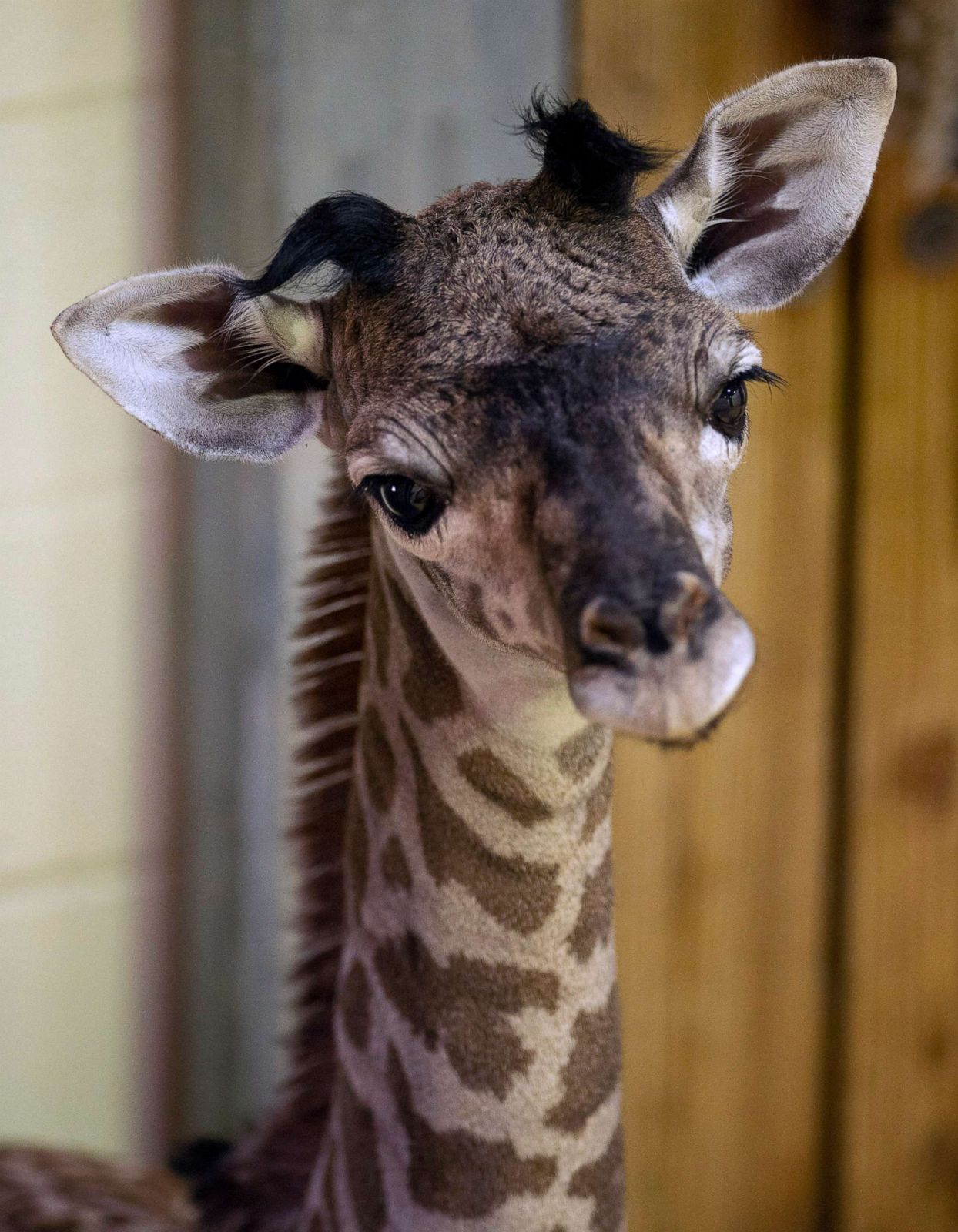 This is the 35th giraffe born at Disney’s Animal Kingdom through Species Survival Plans overseen by the Association of Zoos and Aquariums to ensure the responsible breeding of endangered species. In a newly released video (see below), Rory Dwyer and Karen Jasmin, animal keepers for Disney’s Animals Science and Environment, and Dr. Scott Terrell, director of animal and science operations talk about the new baby, what she means to them, and to the species as a whole.

The baby giraffe hasn’t been named yet but it seems she gets those traits honestly from her mother, Mara. 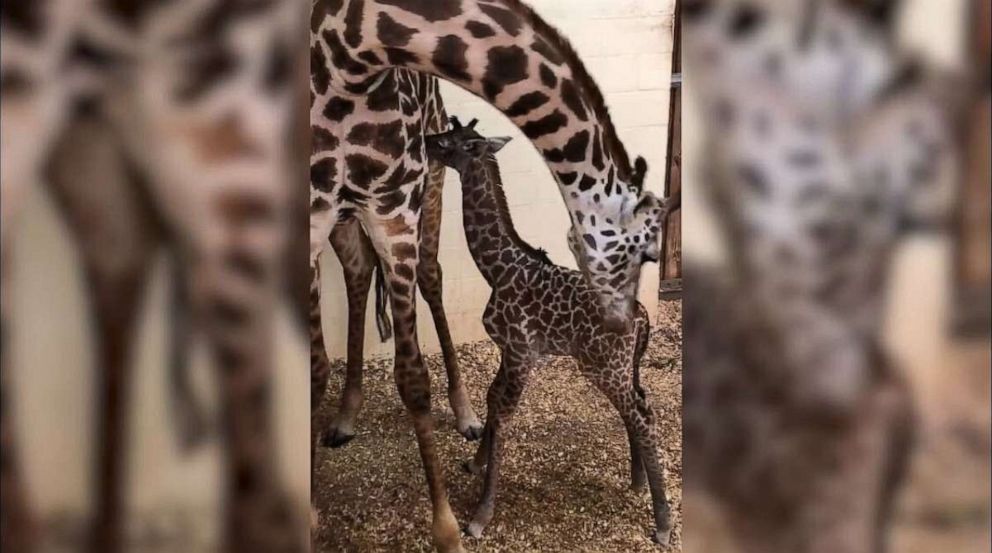 Weighing in at 156 pounds, she is healthy, actively nursing and was strong and feisty during her neonatal exam. The new baby giraffe has yet-to-be-named, but she is already showing she has a close bond with her mom Mara. The pair will continue to stay backstage until the baby meets all her developmental milestones. We expect her to join the herd on the savanna in the coming weeks.

The baby marks the 35th giraffe born at the Animal Kingdom and she’s one of the over 5,000 animals park employees are responsible for. 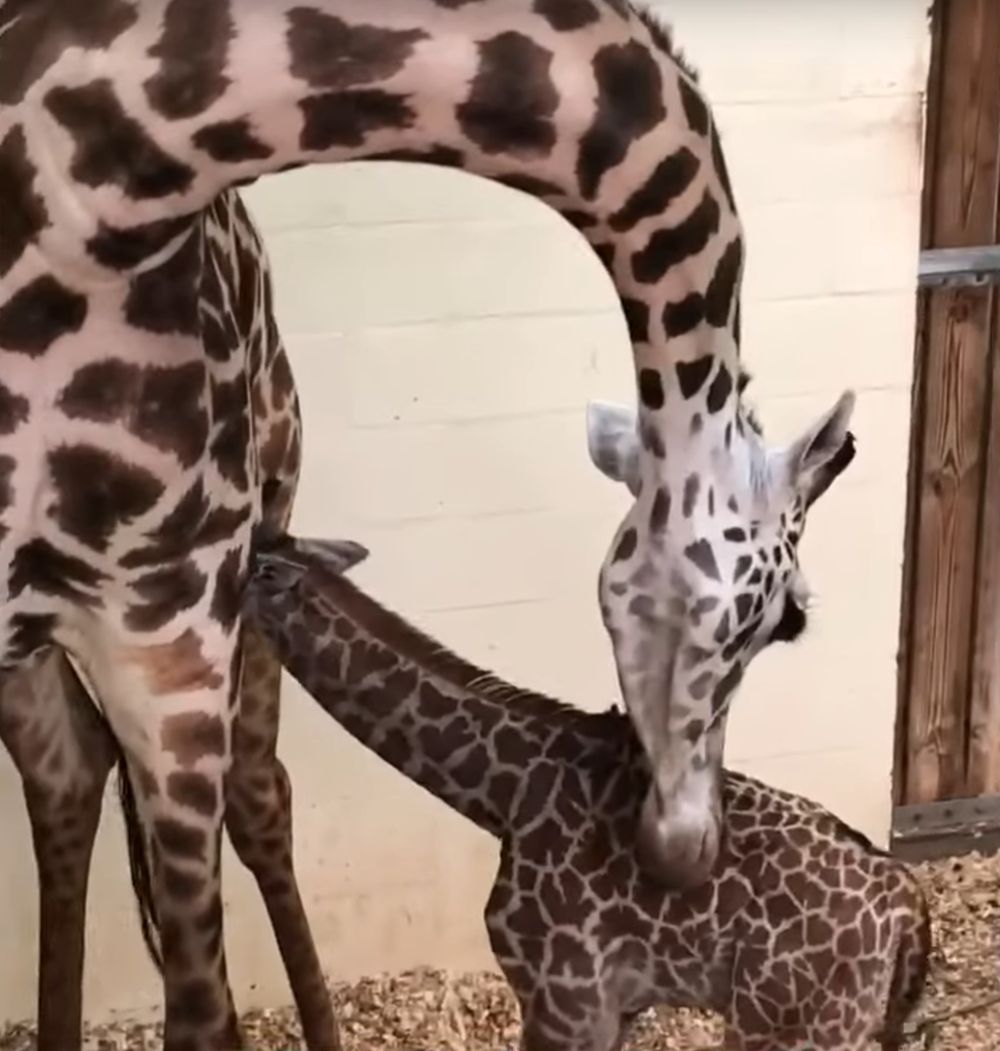 While the baby currently remains in the birthing stall and will be kept backstage for about two months before joining the herd on the savanna, she has ventured outside the barn into an enclosed area and caught glimpses of other giraffes over the wall.

“It’s very cognizant. It sees the door open, and it says, ‘Let’s go,’ ” he said. “It’s a little, strong kid. During our neonate exam, we did yesterday, we were able to get hands on it and to make sure that it’s healthy, and it’s definitely a nice, strong, healthy baby girl.”

And make no mistake, giraffes are indeed an endangered species, particularly the Masai subspecies that Mara and her new baby are members of. 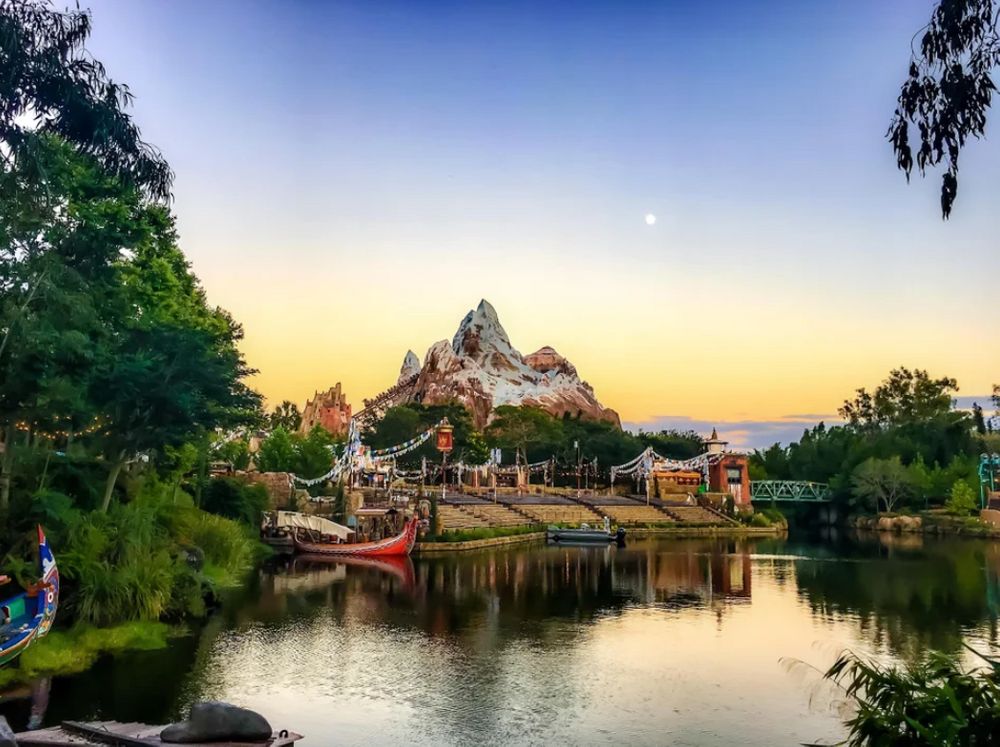 According to National Geographic, Masai giraffes have experienced an almost 50% population decline in Kenya and Tanzania with approximately 35,000 of them remaining.

Although poaching these animals is illegal in both nations, that hasn’t stopped some in the region from valuing their meat, hides, bones, and tails. While some of these parts are used to make jewelry and art, the bone marrow has also been mistaken for an HIV remedy.

Another issue concerns the fact that human populations are encroaching on the wildlands that serve as habitats for the giraffes.

This is the second child for the baby’s mother, Mara, who gave some Disney visitors a show while birthing her son Jabari on Kilimanjaro Safaris in 2019. This time around, she gave birth quietly backstage.

“Mara likes to surprise us, so on Tuesday morning, she gave birth at around 3:30 in the morning, when the barn was nice and quiet,” said Dwyer. “When we know an animal is about to give birth, we actually do checks at various times throughout the night, and a keeper went in and said, ‘Oh, there’s a baby giraffe.”

The baby is a third-generation Masai giraffe born at Disney. Her maternal grandmother is Kenya, who is prominently featured in National Geographic’s “Magic of Disney’s Animal Kingdom,” available now on Disney Plus.

“[The baby is] actually the 12th member of this current herd setup … so we’re really careful about how we introduce the other giraffes,” he said. “Her grandma, which will probably be the first one that we introduce her to, is one of the giraffes that’s the star of the ‘Magic of Disney’s Animal Kingdom.”

For Walt Disney World, the hope is not only that endangered animals born at the Animal Kingdom help to preserve their species but that their presence makes others aware of the crisis at hand. 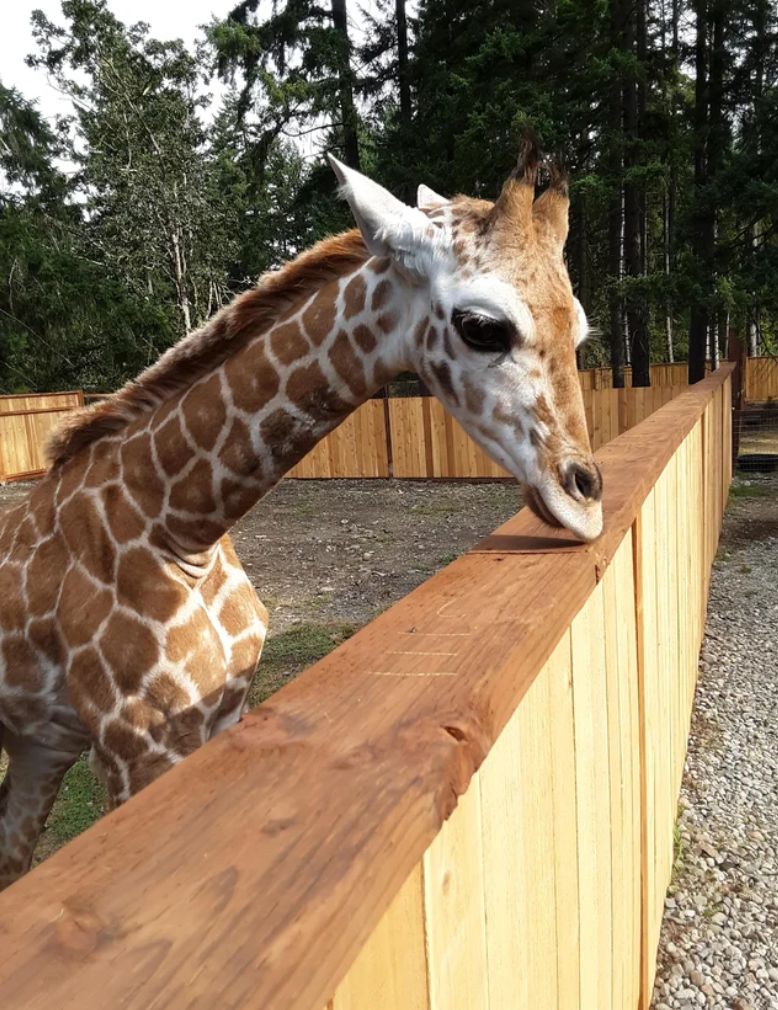 Dwyer explained that this birth is important because it helps bring awareness to the endangered status of many giraffe species, noting there’s been a decline of 40 percent in the giraffe population in the last 20 years.

“Giraffes are undergoing what we call a silent extinction,” he said. “People get excited about giraffes, and if they can learn that giraffes are endangered even by coming to Disney and seeing this little baby, they’re directly helping with conservation.”

The public can learn more about how Disney cares for animals and helps protect species in the wild. The new “Magic of Disney’s Animal Kingdom” docu-series began airing on Disney+ cable channel. It’s an exclusive, behind-the-scenes look at what goes into caring for the 5,000-plus animals that call Walt Disney World Resort home. For more information, visit www.disneyworld.disney.go.com/destinations/animal-kingdom.

If It Fits, I Sits—30 Images Showing Cats Sleeping In The Weirdest Places And Positions Previous post
A German Circus Uses Holograms Instead of Live Animals to Raise Awareness Against Animal Cruelty Next post