These days, since we’re all in this lockdown, we’re trying to find ways to brighten up our days. We often dive right into the depths of the internet to find an entertaining gem. These days, funny videos are being shared so often, and the lastest viral hit is this adorable puppy.

Someone has filmed this cute bulldog, staring through a painted fence into the street and shared it online, and since it has been shared it gathered thousands of likes. And while for most of the people who watched the video, the pup remained a cute anonymous moment, we look deeper and found out the dog’s identity. The critter in the video is this dog named Bogart and he is from Gråsten, Denmark. 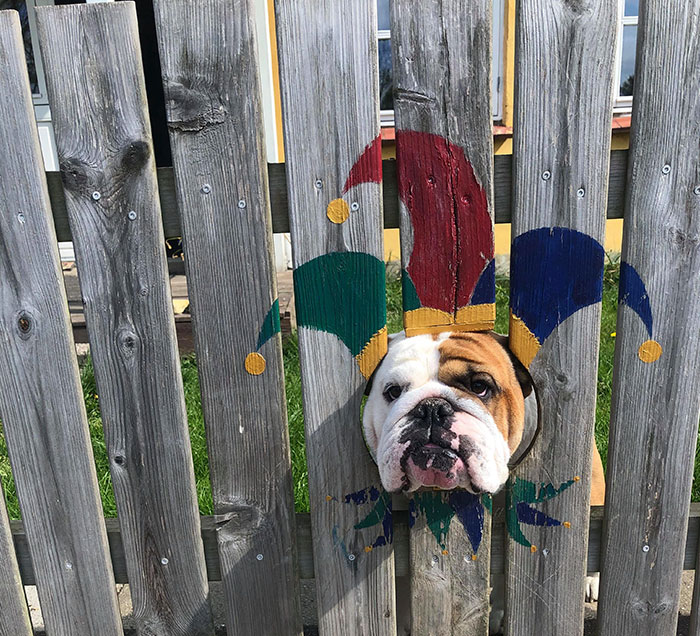 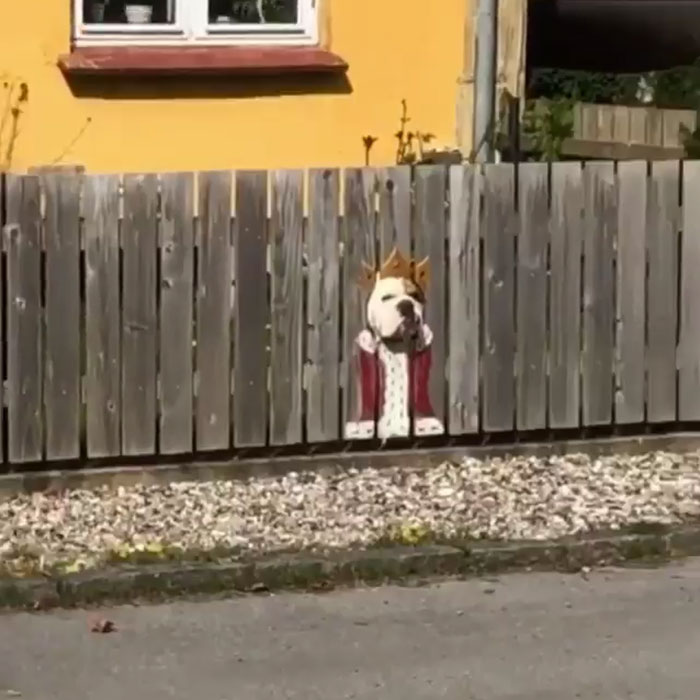 Bogart’s owner, Ranveig Bjørklid Levinsen, reshared the famous video on her social media page with a short caption: “Bogart has gone viral in Denmark -he has also got on one of Denmark’s biggest influencers’ Instagram profile, and now I can see that he’s [on] a Norwegian dog group too. I’m living in the southern part of Jutland/Denmark in an old house (1814) together with my husband, Claus, and our two bulldogs, Winston and Bogart—it’s Bogart in the video,” she introduced her family.

“He is a 4-year-old English Bulldog, almost ‘homemade’ – we have his mother, Winston, and we decided that she should have puppies. She had 8, and we kept Bogart – he was the smallest and totally cute,” she continued. “He has a unique personality, and he is so funny – I really do love that little guy. We are living close to a walking path, so many people pass by every day, and the dogs are just so curious,” the owner explained. “To prevent them from skipping the fence, we made the holes, but even if it was funny to see them from the other side, I just thought it would look even [funnier] if we painted something,” she revealed how the paintings appeared on the fence. 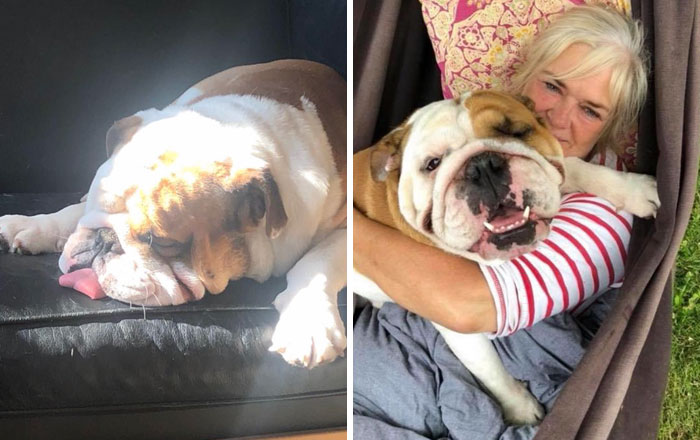 “You know, like in amusement parks where you can have your photo taken in these kinds of holes,” Levinsen elaborated on where she got the idea from, she settled on a crown and a jester hat. It was Ranveig idea and the paintings were done by her daughter. She also said that complete strangers reach out to her to tell that they think her dog and her fence painting are hilarious. “I, myself, am blown away that my little dog has gone viral – just because he looks goofy,” she concluded. 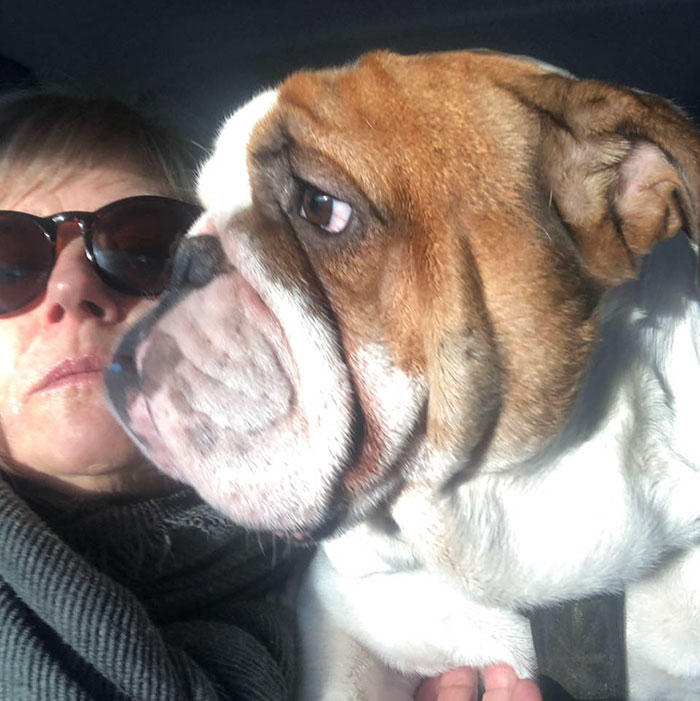 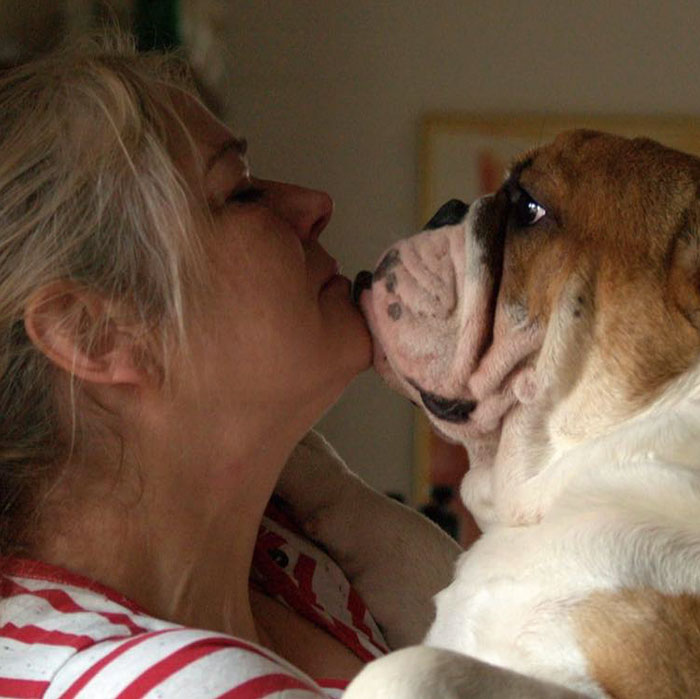 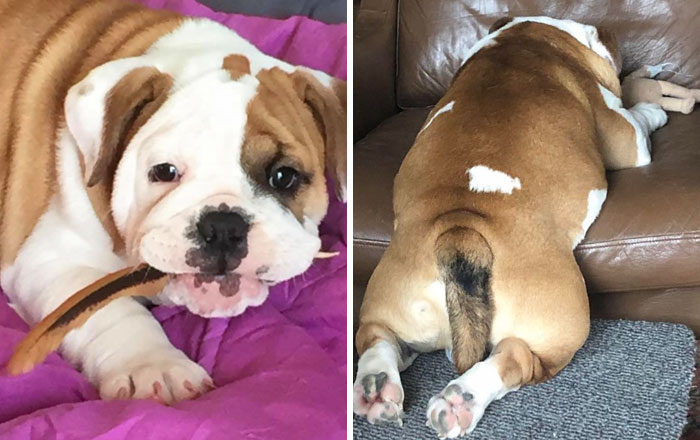 Here’s how people reacted to the viral video:

Hyperrealistic Pencil Drawings By Nigerian Artist Previous post
This Incredible Double Tent Cot Prevents You From Sleeping on the Ground While Camping Next post
We use cookies to ensure that we give you the best experience on our website. If you continue to use this site we will assume that you are happy with it.OkPrivacy policy