All babies are born with heads too big for their bodies, but baby owls are so heavy that they have to sleep face down. The image first surfaced online as a bit of a meme because, y’know, it has a bit of a ‘go home owl, you’re drunk’ vibe.

While the reliability of the source was first questioned, it turns out to be actually true with more pictures of young owls lying down to sleep having surfaced, making it all the more amazing.

Basically, adult owls sleep stood up because they’re fully developed but younger owls struggle to hold the weight of their heads so has to lie down, IFL Science reports.

One Twitter user shared some pictures to confirm the theory.

Continue scrolling and check out the irresistible birds that everyone is obsessing over for yourself. Chances are, you’ll release at least a dozen “w” worth of “aww”.

I’ve just discovered that baby owls sleep face down like THIS because their heads are too heavy. Also, I don’t think I’ve seen owl legs before…. pic.twitter.com/dfKii2JtS8 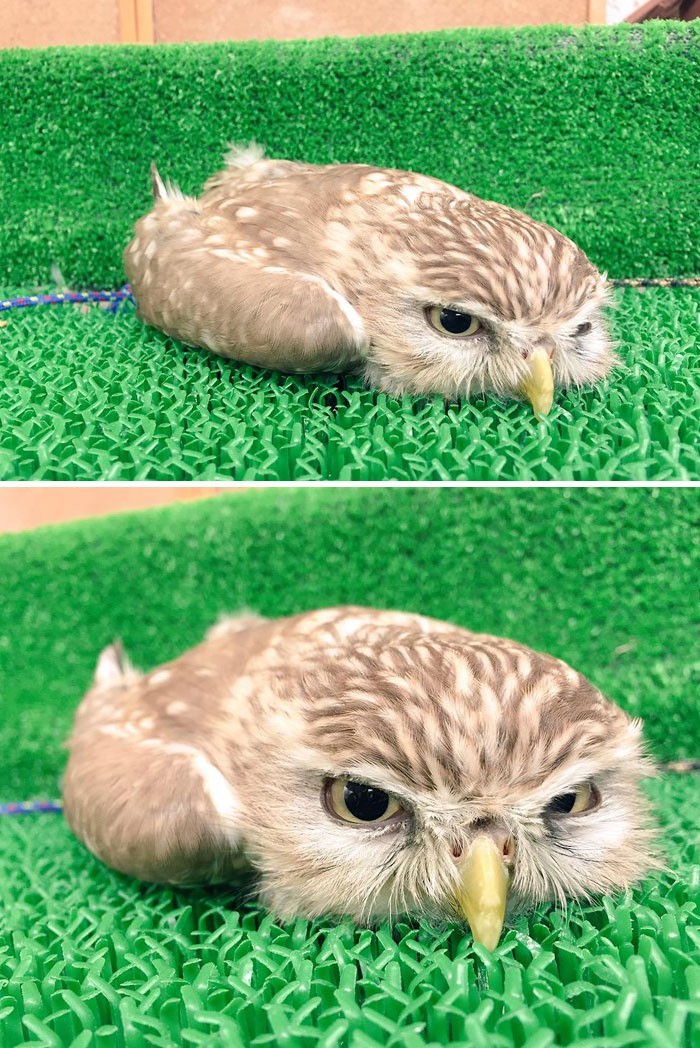 It was confirmed by another Twitter user who wrote:

“I’ve been trying to find the original photographer for this image, but no luck. It’s obviously a captive bird. Regardless, yes, young nestling owls do sleep or rest lying down. Their heads are too heavy for their bodies. Here are some saw-whets from my Ph.D. research” 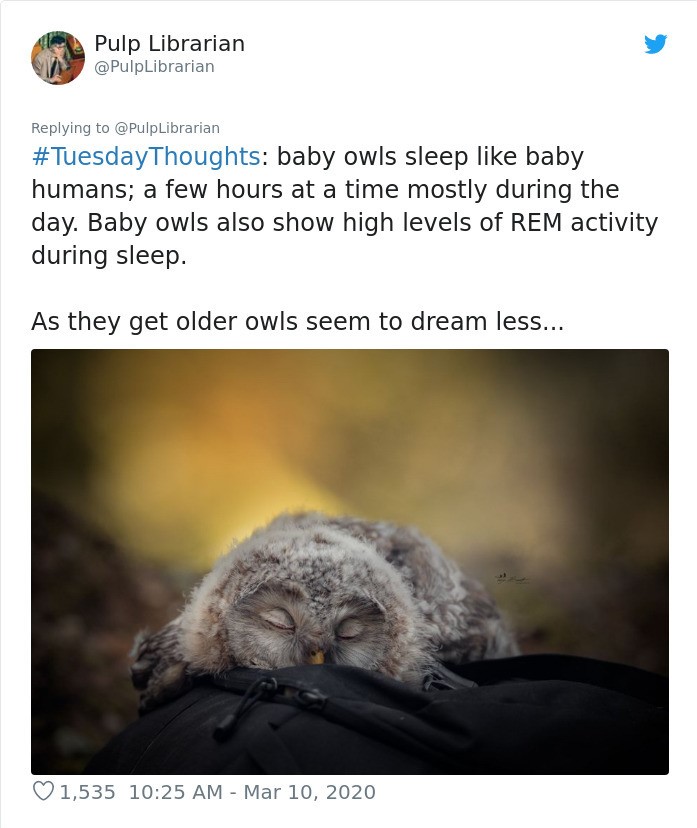 It was also confirmed in an article by the National Audubon Society, a non-profit environmental organization dedicated to conservation.

A listener of the society’s podcast BirdNote told them how he’d discovered two baby owls and was advised to observe them nap. The listener was then delighted to discover that the two babies napped on their stomachs with their heads turned to the side. While it was less of a face plant – I’m sure it was just as cute. 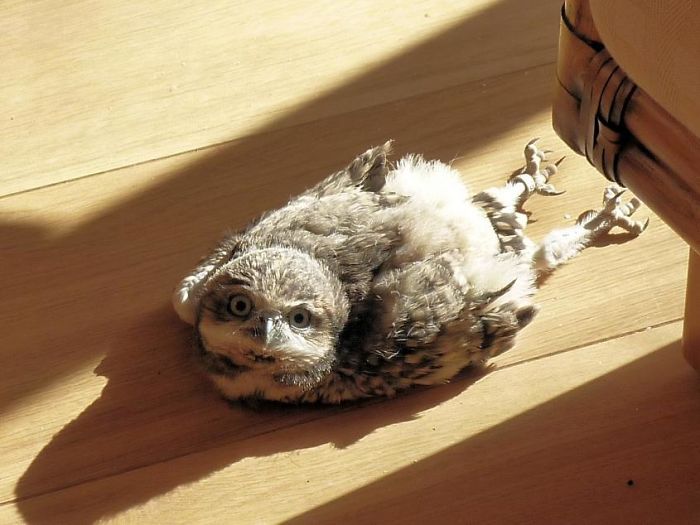 The National Audubon Society, a non-profit environmental organization dedicated to conservation, for example, published a heartwarming story about two Barred Owlets who had fallen out of their nest. After the babies were put back into the tree, their rescuers observed how they were recovering.

“Keeping their talons tightly gripped on a branch, the owlets lay down on their stomachs, turned their heads to the side, and fell asleep. Their naps are short, and when they are asleep, they do not like to be awakened, even to be fed,” the article said.

I think we can all relate to that. 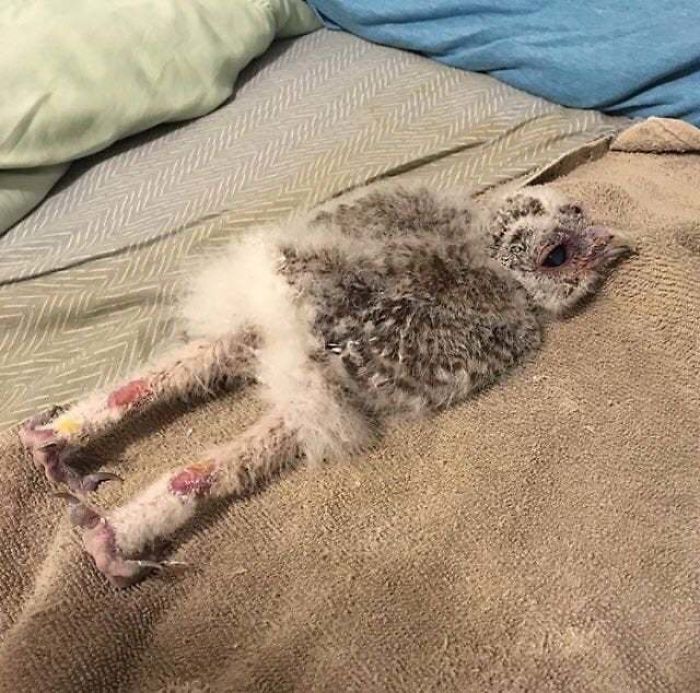 Interestingly, a young owl doesn’t fall out of the tree while it snoozes because it holds onto the branch with its back toe, the hallux. “The hallux will not open or let go until the bird bends its leg.”

Sadly, before they can fly, most owlets’ will to explore their surroundings gets the best of them and they often end up on the ground, sometimes dropping right in front of us. 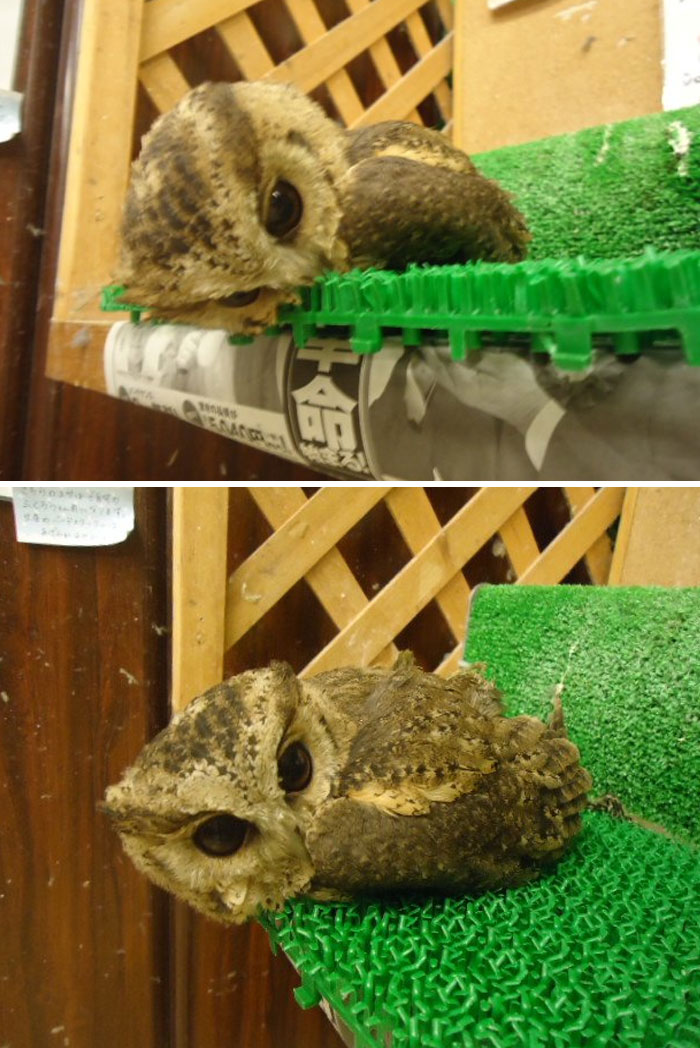 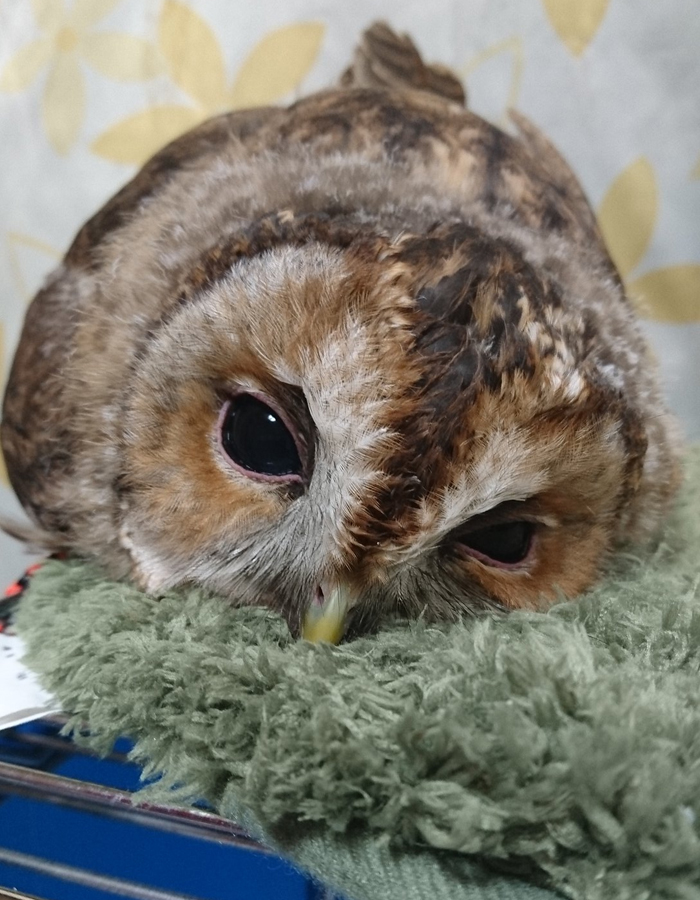 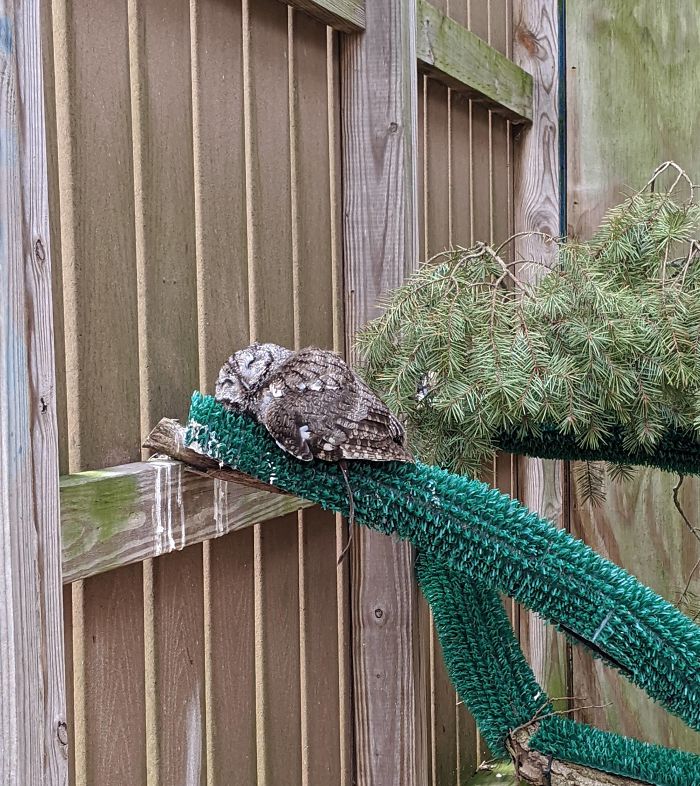 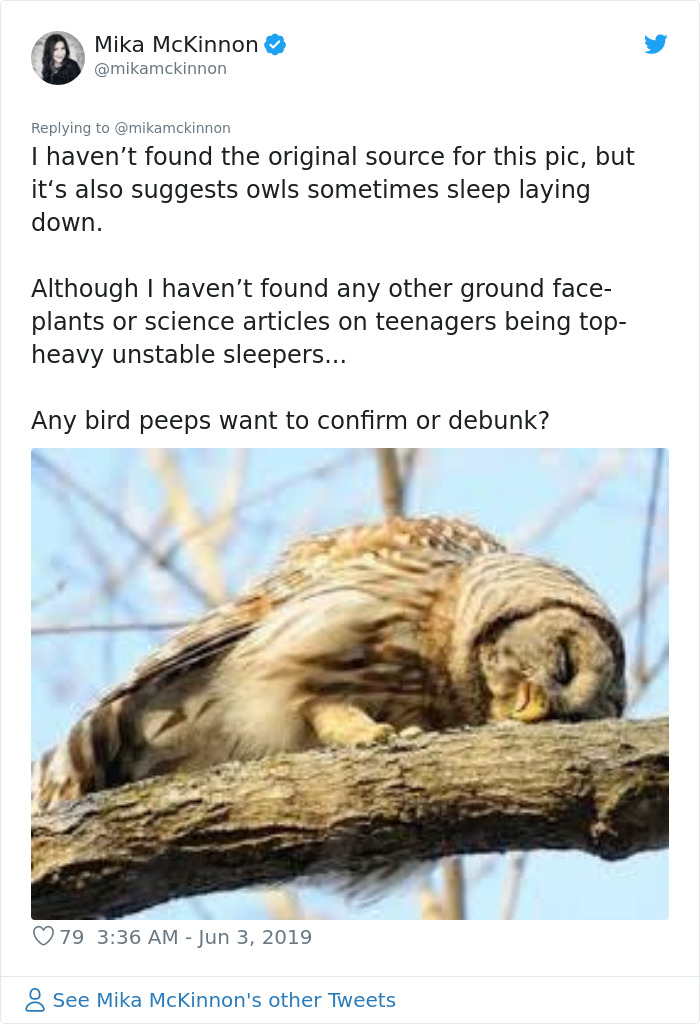 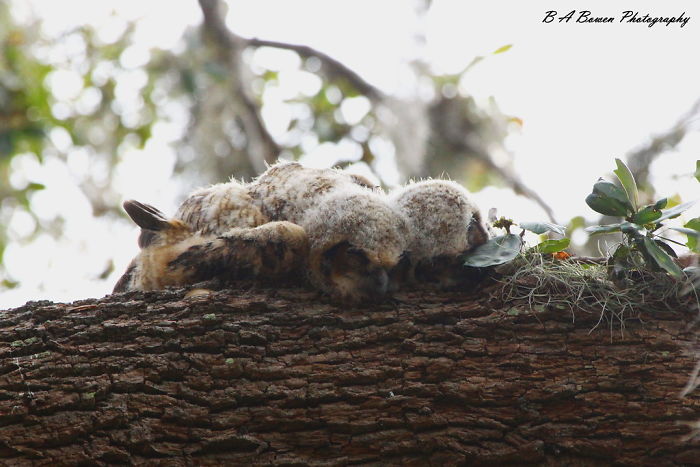 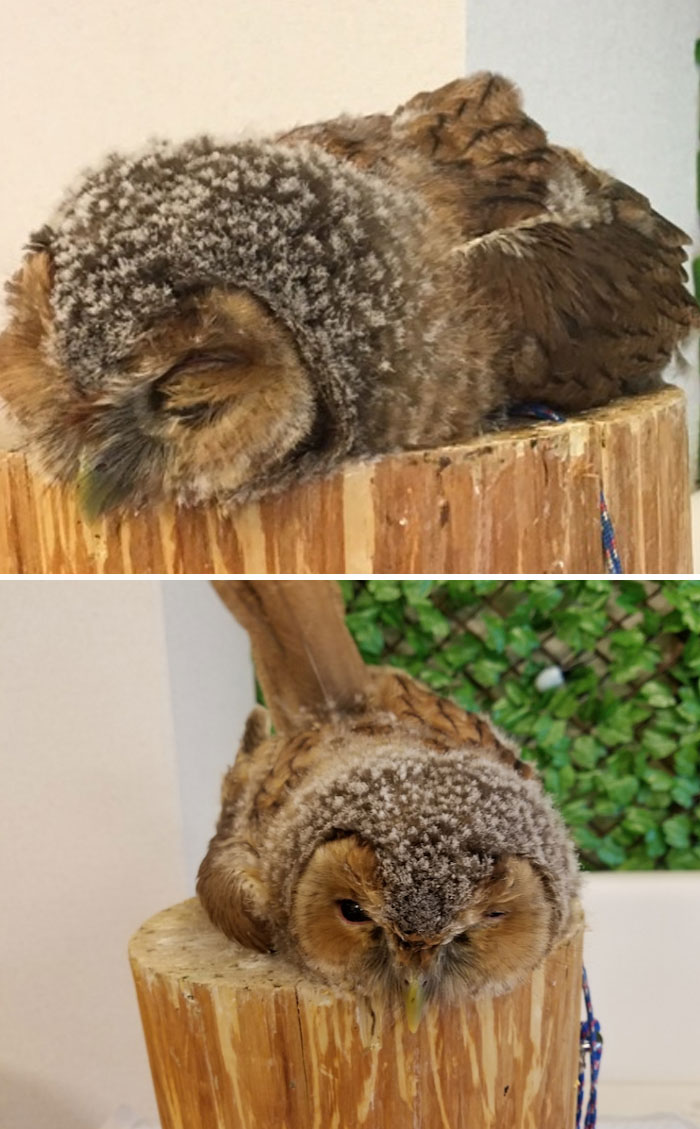 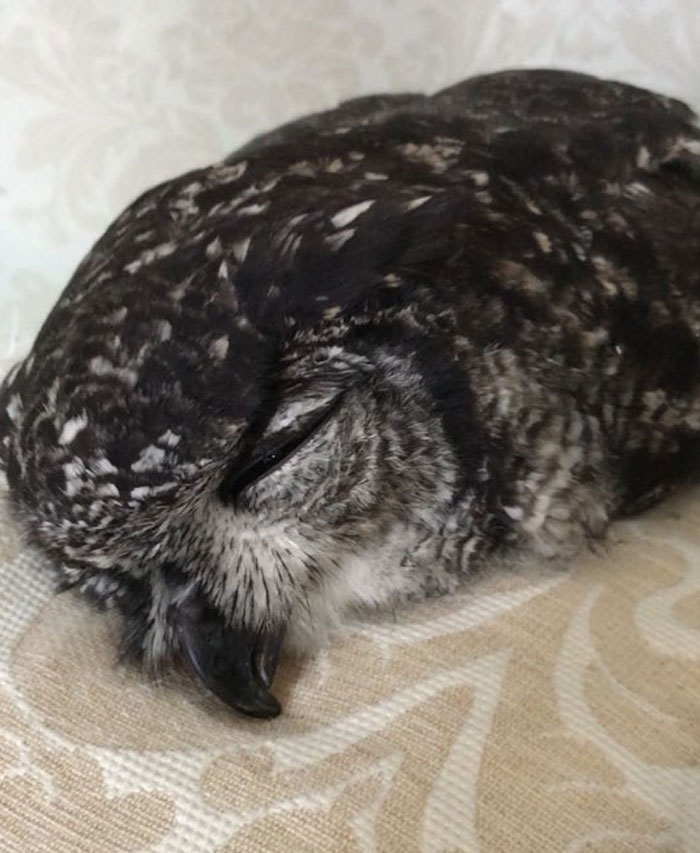 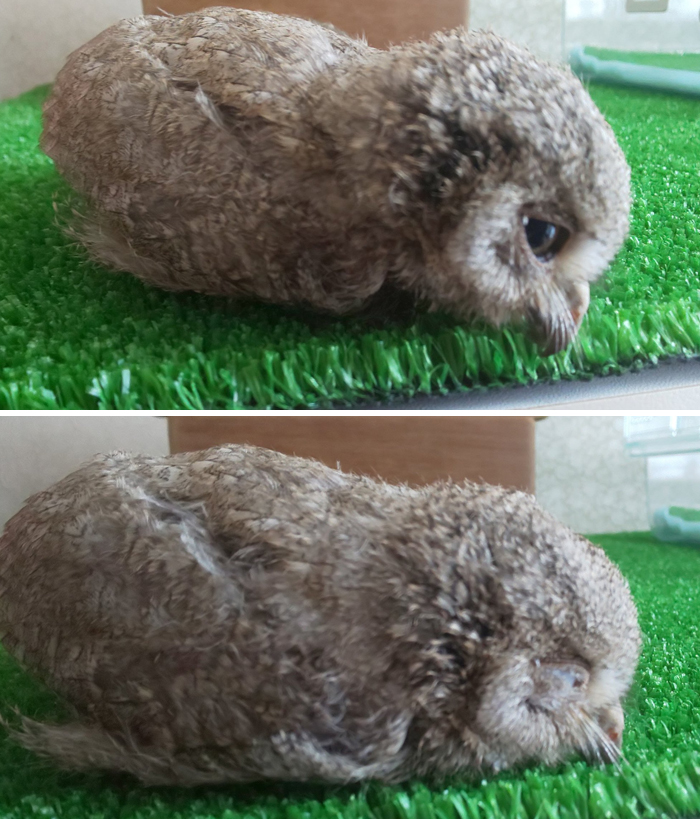 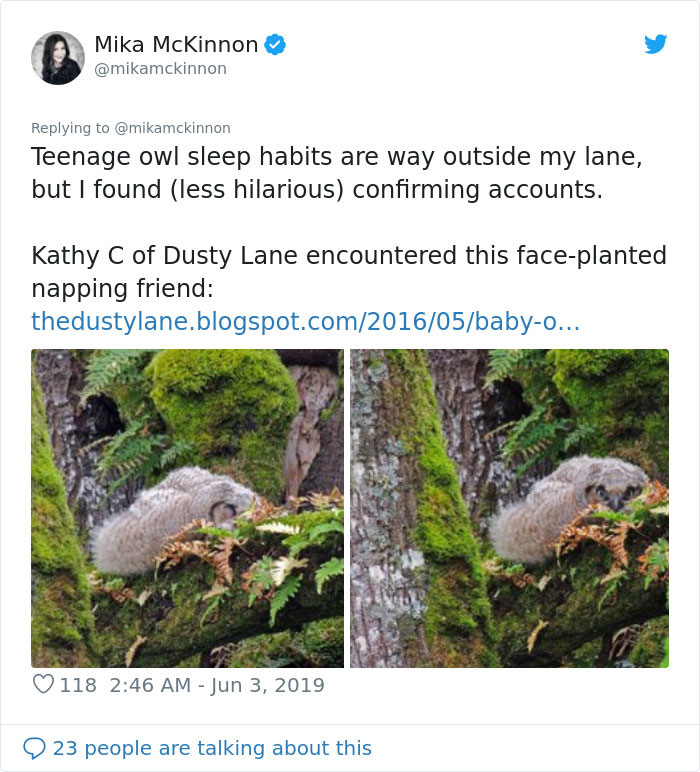 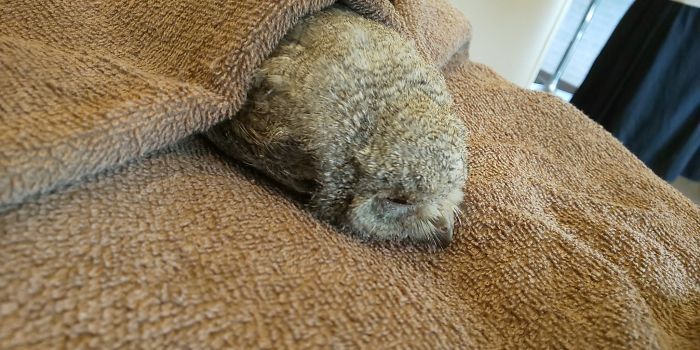 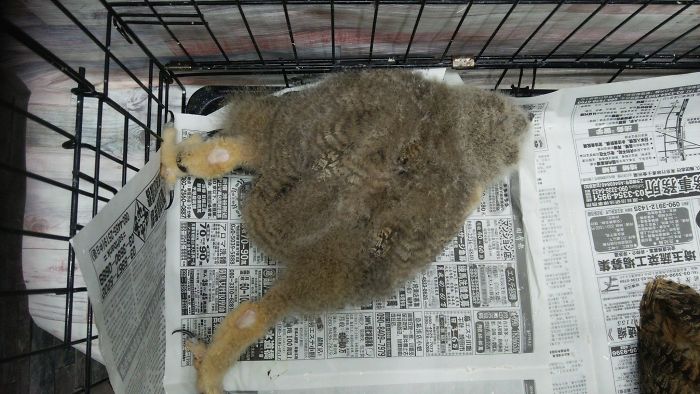 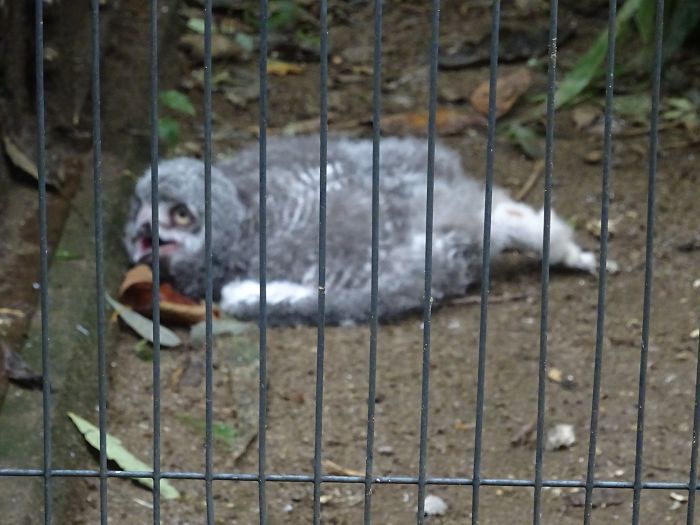 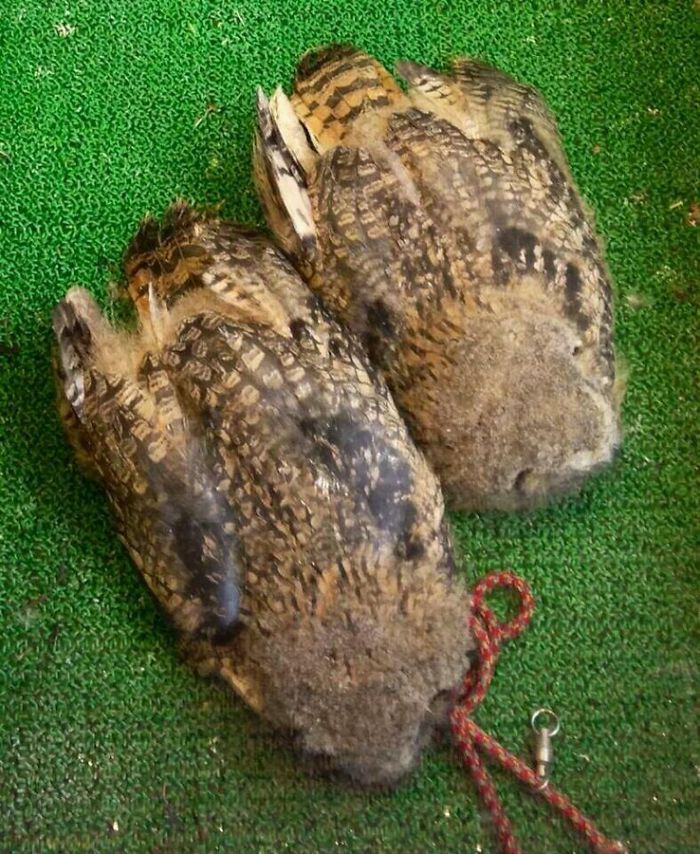 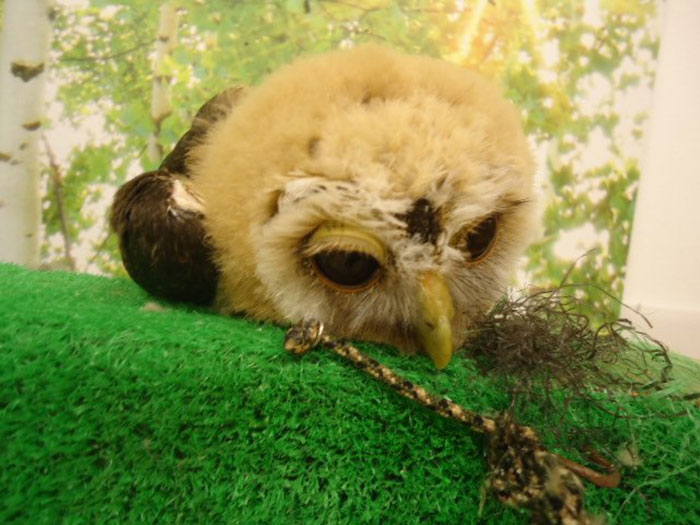 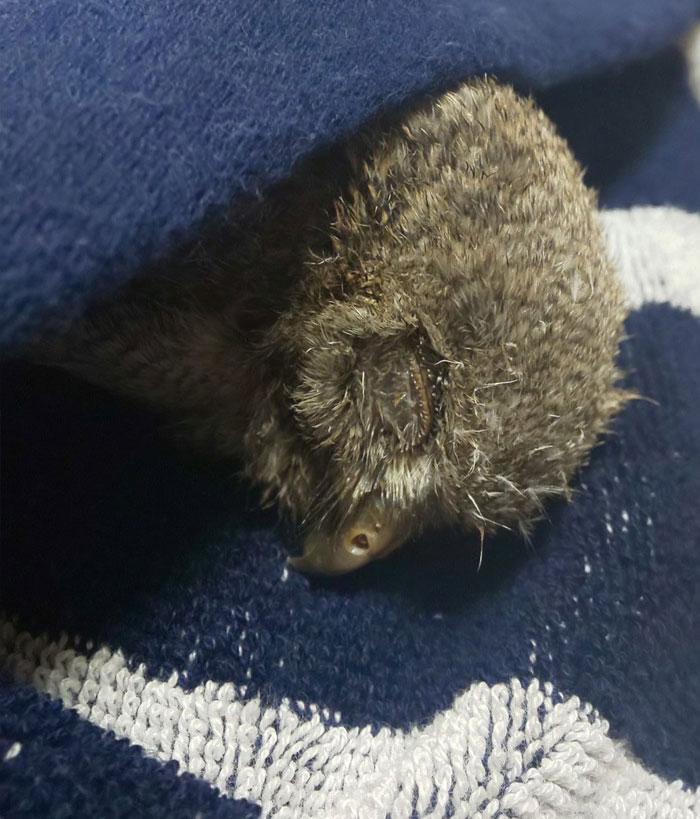