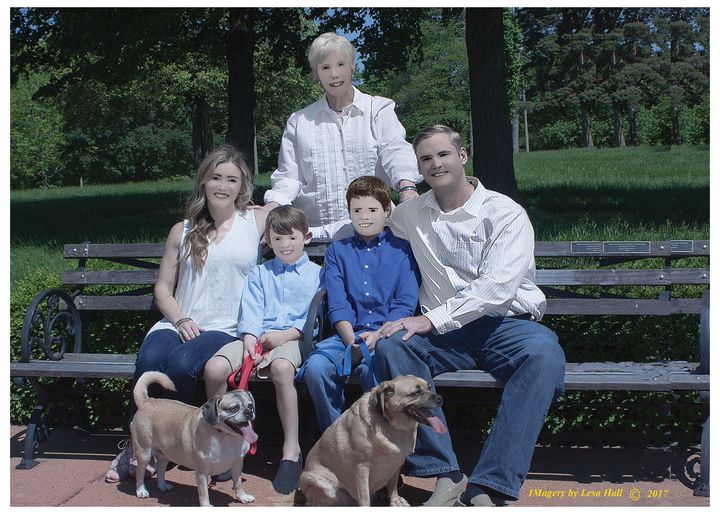 Family pictures are a great memoir of the future, and everyone holds on to them for as long as they can. One family got more than what they bargained for, ending up in a really comic story afterwards. Pam Zaring paid a professional photographer $250 to take some shots of her family, what it was delivered to her was completely different than what it was expected.

Claiming that there were shadows across each member of the family’s faces, and not knowing how to retouch them, the finished results will crack you up. Luckily, Zaring as well have a good sense of humor. “She said the shadows were really bad on the beautiful, clear, sunny day and that her professor never taught her to retouch photos,” Zaring writes on her Facebook page. “Feel free to share, I literally have not laughed this hard in YEARS!!!!!”

People also seemed to agree since her family pictures went viral. At the time of the writing, over 350,000 people had liked and shared the photos with comments pouring in form around the world. There was even a reaction from one professional photographer, who generously tried to Photoshop their real faces back.

Even though the final outcome was not as expected, Zaring and her family remained in good spirits about the photos, reminding others that there’s no need for negative e comments and to take the work with a grain of salt. “It was worth the money we spent for the humor we received!!!! I hope y’all have laughed as hard as we have!!!!”

Ok. This is NOT a joke. We paid a photographer, who claimed to be a professional, $2-250 for a family photo shoot. …