Tombili is a cat who became an internet sensation after her picture chilling so effortlessly went viral on the site 9GAG.

This beloved cat used to live in Istanbul before it passed away, and now it’s a global star, which makes it perfectly right for the people of Istanbul to unveil a bronze statue of him on October 4th, World Animal Day, to commemorate him. 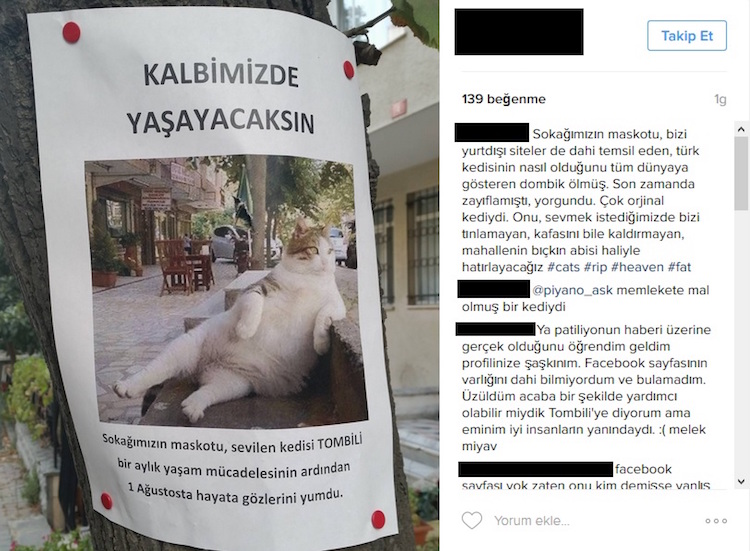 He never had a dedicated home, but the neighborhood took good care of him. He somehow became the town mascot, reminding the passersby to take it easy every one in a while and just relax. A lot of people were sadden by his death, and they knew they had to do something to keep his memory alive.

With the support of 17,000 signatures, a petition was passed to erect a bronze statue of Tombili, so his spirit could lounge on in his favorite spot of Istanbul.

After the statue was revealed to the public, a lot of people who called him their friend and pet, as well as other curious felines of the area, payed respect to Tombili, who will forever be one cool cat. 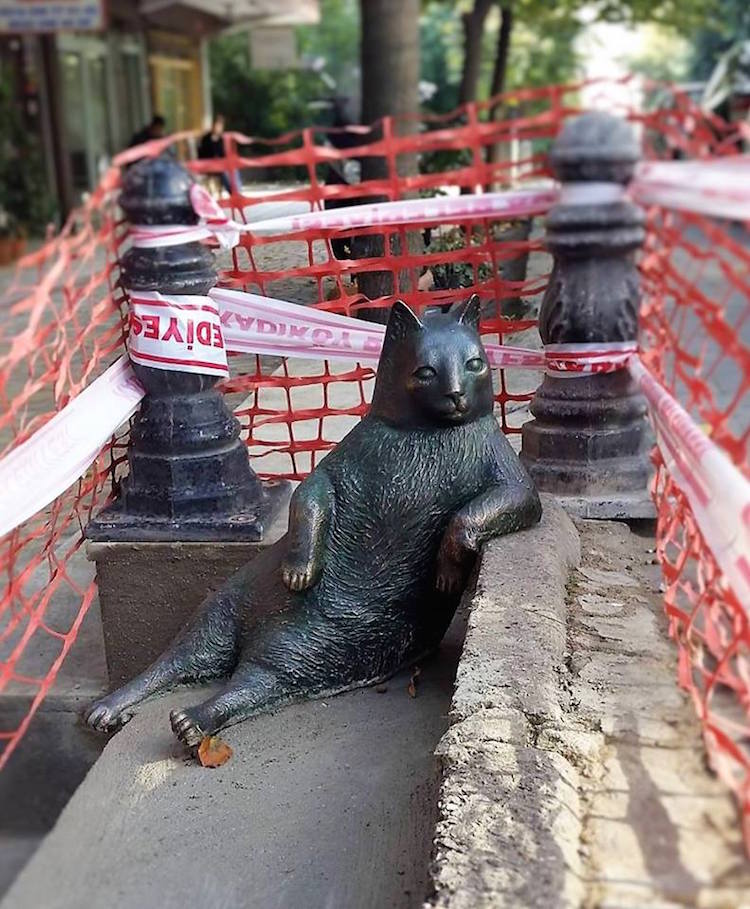 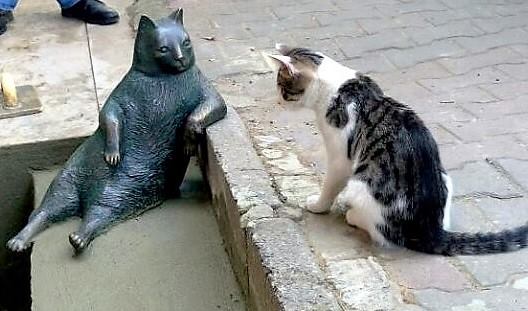 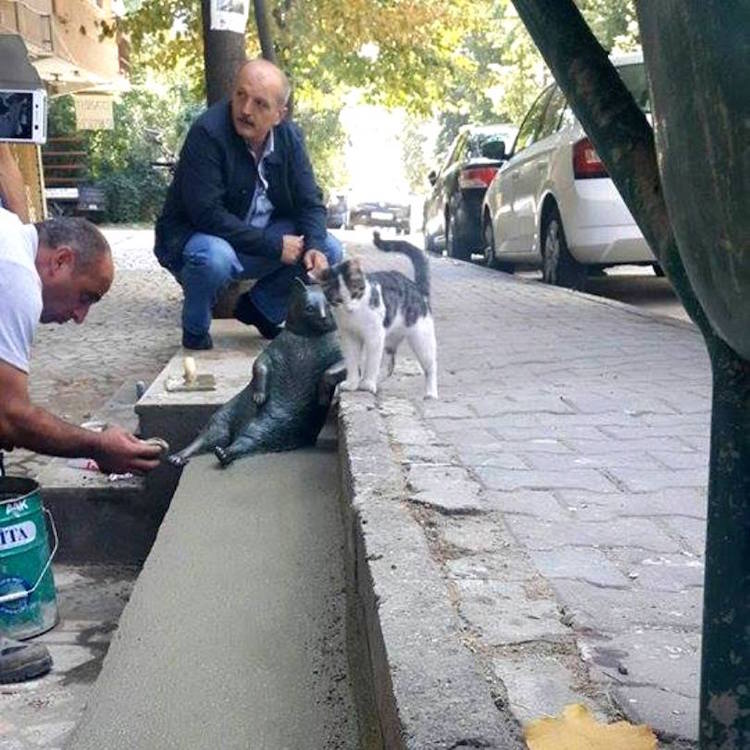 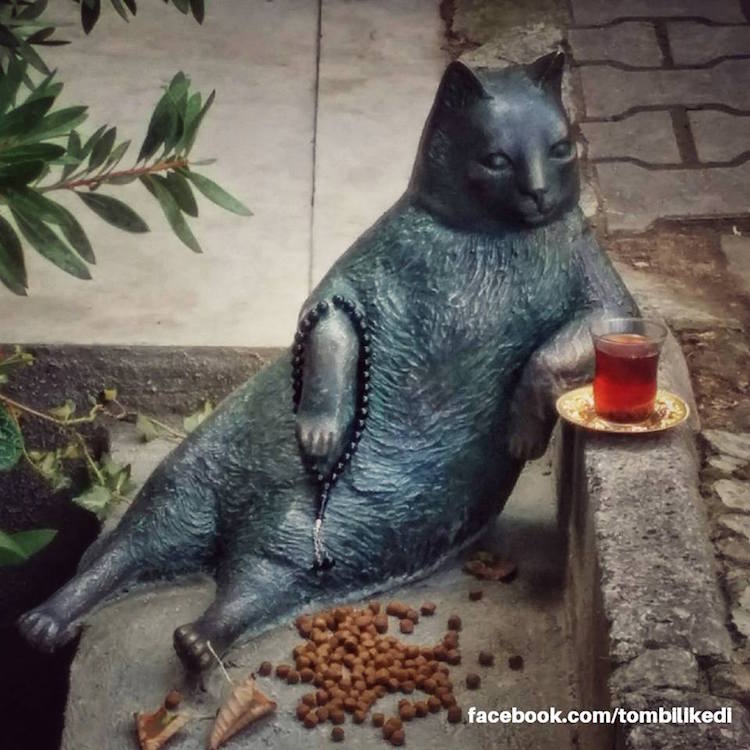