Have you ever watched one of those movies that just stay with you after they’re finished? For some reason you become part of the story, and there’s a space in your heart because you wanted it to end differently. Or maybe it ended way better than you thought it would and now your over thrilled with joy. Those movies are definitely the best.

Sometimes we all want to sit down and relax, but we find it hard to find a good movie to spend our free time. Well, your scrolling up and down Netflix is over. One reddit user made sure you will have the best compiled list of movies, without needing to worry what to watch next.

u/akambe Reddit user asked people to share “what movie is so good you’d recommend it to all your friends, but so emotionally traumatic that you’ll never watch it again?“. This thread went viral with thousands of people commenting on it. Therefore, as a result people shared their suggestions about the movies with strong characters, emotionally hard, unexpected plot twists, or a mix of all of those above.

Scroll down below to see this list of movies you must watch. Also, if there’s another movie that you want to suggest don’t hesitate to do so in the comment section below.

1. The Grave of the Fireflies.

I’m never, EVER, gonna watch that sh** again. It’s from Studio Ghibli, the same from Spirited Away (Sen to Chihiro). An absolute masterpiece for sure, but don’t expect to find happy little creatures in it. – V02D

I thought I was going in to see a cool fantasy flick… And it turned out to be a movie dealing with trauma, abuse, and coping mechanisms

Still a great film, but so gut-wrenching-JDazzleGM

I can’t bring myself to watch it again. The anger and hopelessness I felt for that man and those people is beyond compare. – VibinWithDoggo

I watched the very first bit of it when I was in officer training and thought it was a comedy. A few months later I sat down and watched the whole thing. It’s not a comedy…- Titanomicon

Nicolas Cage is amazing in it (Won an Oscar for it!), but as a recovered alcoholic, that film hits WAY too close to home. Good film though. – Kryodamus

Wonderful movie, but even more devastating than Grave of the Fireflies, in my opinion.- Mimameird

This movie is unspeakably tragic. But its also profoundly beautiful. The love that the family had for each other gets me every time. Roberto Benigni was perfection in this role! – mgeezysqueezy

8. We Need To Talk About Kevin.

That was a truly visceral experience. – crackosaurusrex

I just watched this for the first time about a month ago. I held it together fine until Oskar broke down crying because he couldn’t save more people. Then came the waterworks.- drowninginteger

10.Requiem for a Dream

That ending montage made me physically ill.

Only movie that’s ever done that to me. – huazzy

My childhood literally ended after finishing that movie. – Speculosity

It’s such a beautiful movie and so damn sad. I’ve recommended it to lots of people but it’s hard to find. Ghostrider_119

children should not be exposed to pornography

Children who are being questioned to see if they were abused should only have that questioning done by a specially trained expert and possibly with potentially a trained advocate present because it’s too easy to lead them to a conclusion they think the questioner wants to hear, especially if they think they are in trouble

(note: I edited this due to the several very good points several people said about parents shouldn’t be present, some people are also saying best practice is one on one with that trained forensic questioner.)

basically everyone in that story ended up f****d up – Wunderbabs

Watched it when it first came out. Loved it. Can’t put myself through it again though. It’s so hard going and heartbreaking. – Chemical_Robot

I do not know how Hotel Rwanda isn’t at the top of this thread in marquee lights. I was 18 when I first saw it for the last time. Joaquin Pheonix’s line about people seeing a story about genocide on the news and not caring was a crushing “weight of the world” moment for me. – dumbamericanqueer

16. The Boy in the Striped Pajamas

Came here to say this.

This movie… no words. Still haunts me. Still f***s me up, takes me back there, breaks my heart.

They hired the lead actor, Asa Butterfield, for his innocence. He knew nothing about the holocaust. They didn’t tell him anything about the holocaust or the gist of the story, he was just playing a little boy who played with another little boy through a fence. They maintained that brilliant innocence of his throughout the movie. THAT’S what makes the ending of this movie just so very soul wrenching. I’m still so very moved by this film. – kaelyyna

17. Dear Zachary: A Letter to a Son About His Father

It’s my answer to this question every time. Can’t even console yourself with it being ‘just a movie’.- ALittleBitAlexisss

It made me depressed for days.- IrianJaya

19. What Dreams May Come

Its the most beautiful movie and I think everyone should watch it at least once, but I haven’t been able to bring myself to watch it since Robin Williams died. I actually haven’t watched anything he’s in since he died.- Leather_Mango

Amazing performance by Bjork and brutally sad. I bought a copy of the DVD after seeing the movie because I loved it so much. I lent the disc to several friends and looked at it many times myself, but could just never summon the energy to watch it again. – Trump_Card_Played

The last line gets me thinking everytime; “I never had any friends later on like the ones I had when I was 12. Jesus, does anyone?” – JesusWearsVersace

For a kid’s movie it’s so emotionally crushing right from the get go and then you have the tragic murder of the 10-year-old voice actress for Ducky that just adds more sadness to that film. –eDgAR

It hit me HARD mate! – DarkSorceress_007

I love Stephen King and tried to read this book…big nope. Then watched the movie and I’m forever traumatized by John saying he’s afraid of the dark…among other sad scenes in this movie. Dropping tears just typing this comment. F**k. – Composer_Academic

Leonardo DiCaprio is phenomenal in that. He did character studies to get his role to be believable. – houseofprimetofu

Like just knowing it happened brings me so much pain

35 Brainy Small Details We All Missed In Harry Potter Movies

Welcome To “Factopedia”: Instagram Page That’s Dedicated To Sharing “Unknown Facts Daily”, Here’s 25 Of The Most Fascinating Ones

Enough with the media fakery and influencers promoting skinny teas and then manipulating their photos in photoshop. It has been proved by multiple studies that social media can have a tremendous effect on users’ mental health. Its use has been linked to depression, anxiety, and loneliness. Yet, we often forget that social media can be an excellent educational tool. There are ways to turn your IG feed into an upbeat and entertaining learning space.

Thankfully, there are now numerous pages across many social media platforms with educational yet fun and engaging content. One of which is an Instagram page titled “Factopedia.” The page shares “unknown facts daily” and “must-see stories” with its constantly growing audience of 114K followers. Below, check some of the most interesting facts from their “Did you know” series and prepare to learn something new! 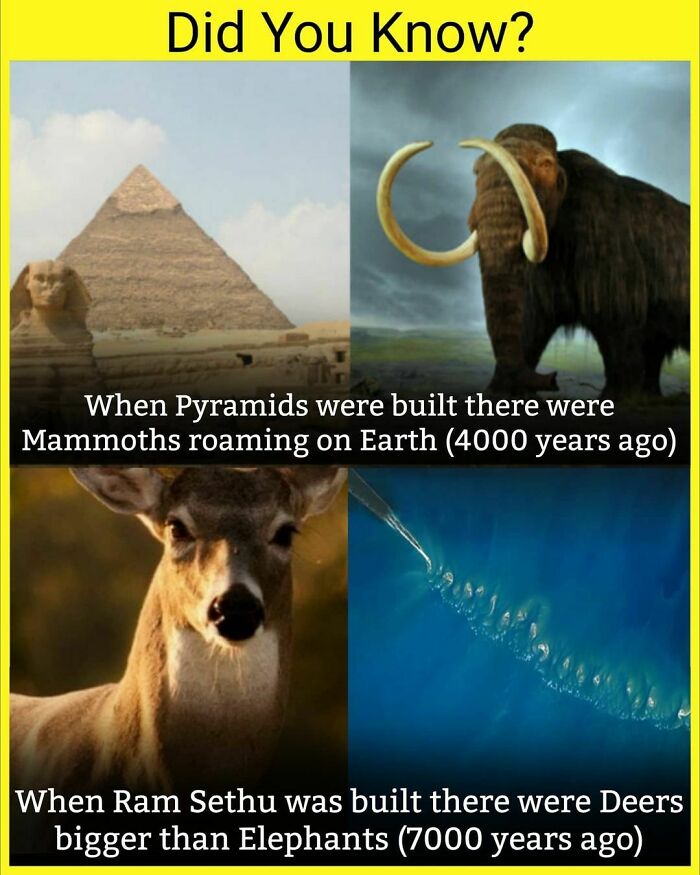 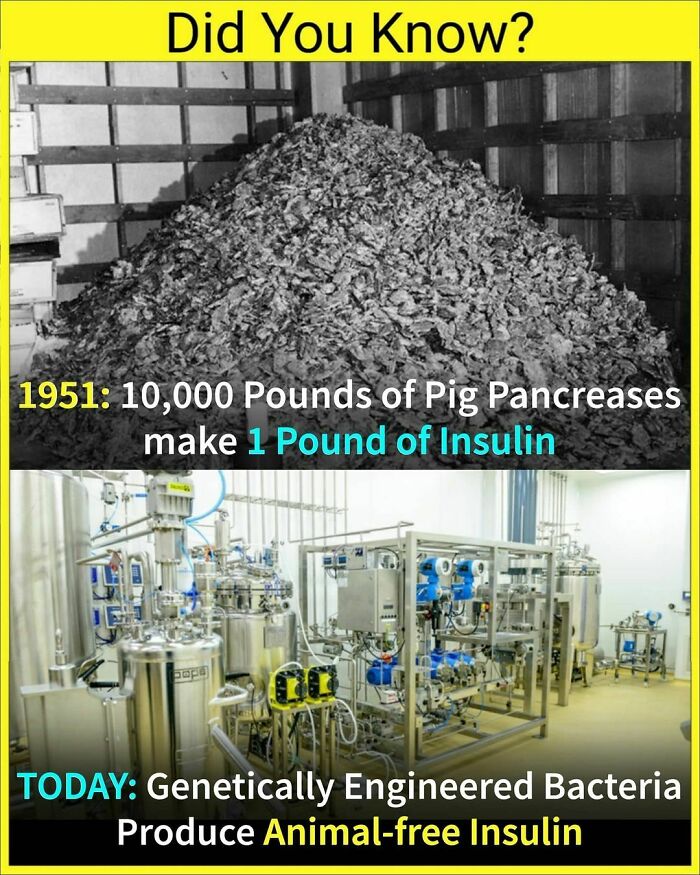 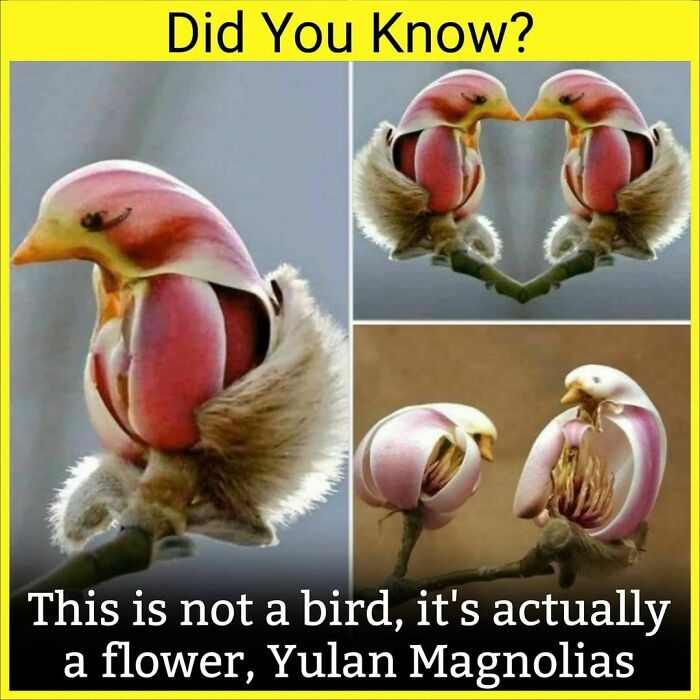 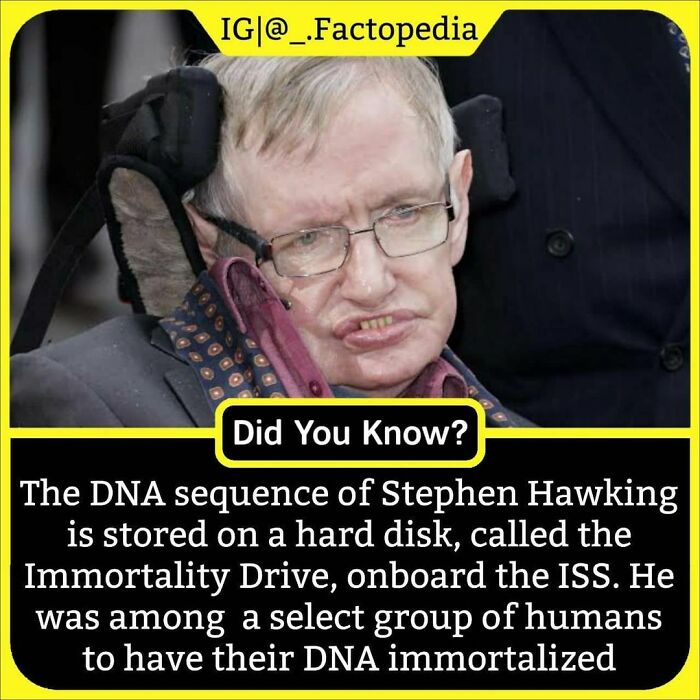 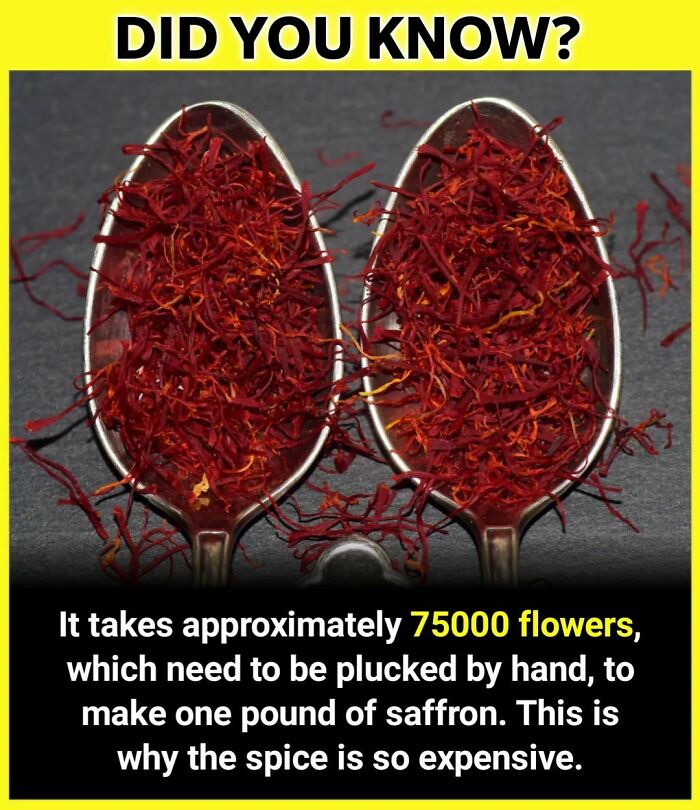 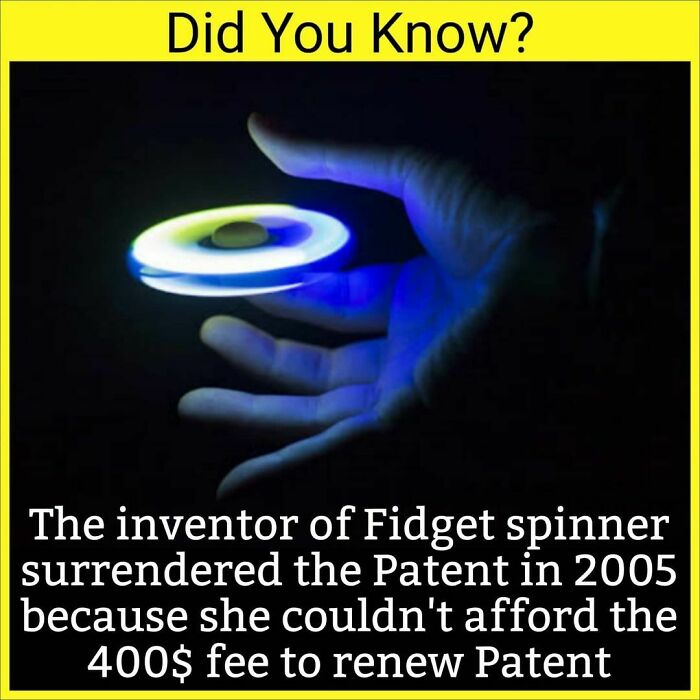 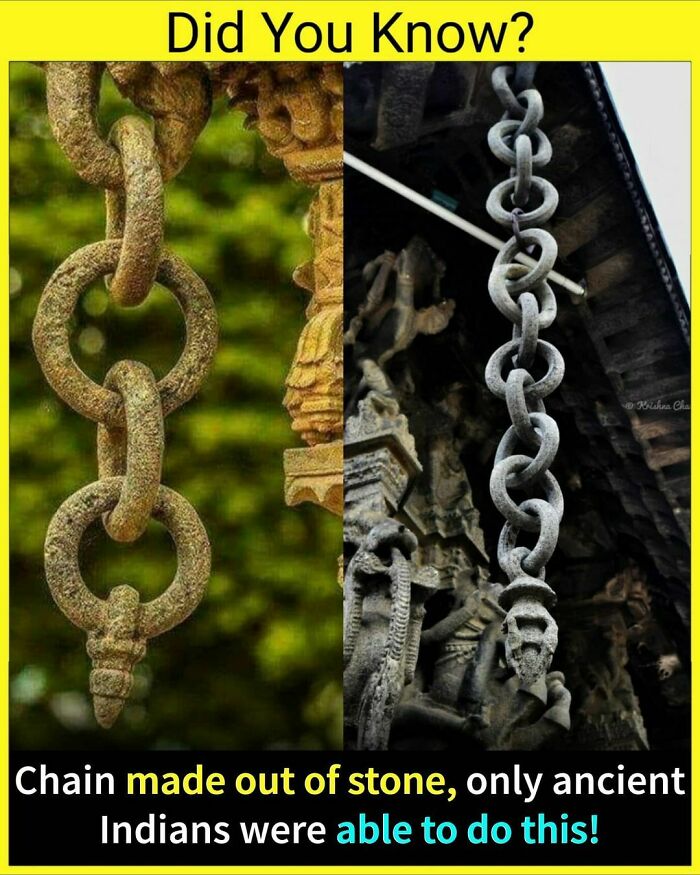 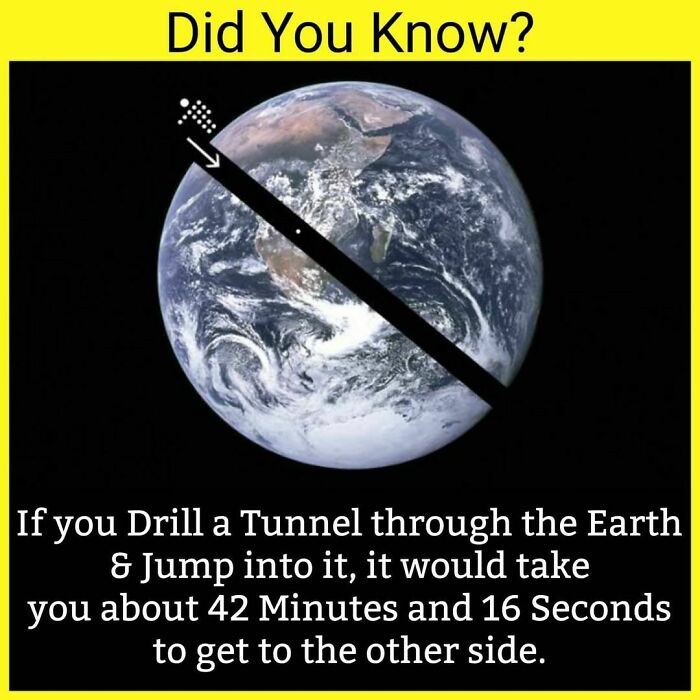 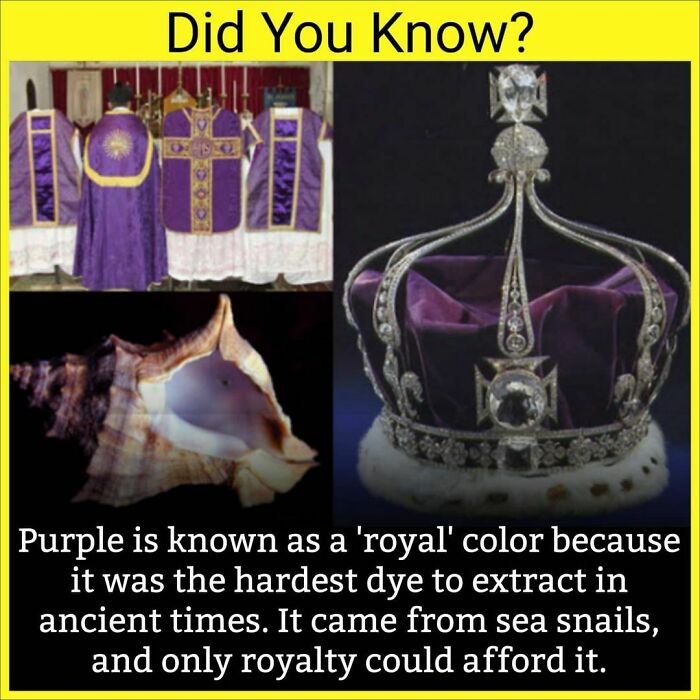 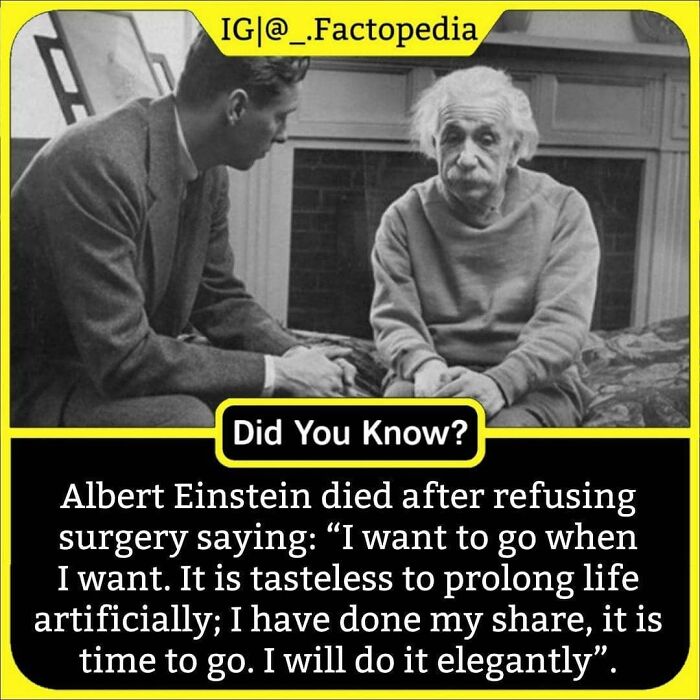 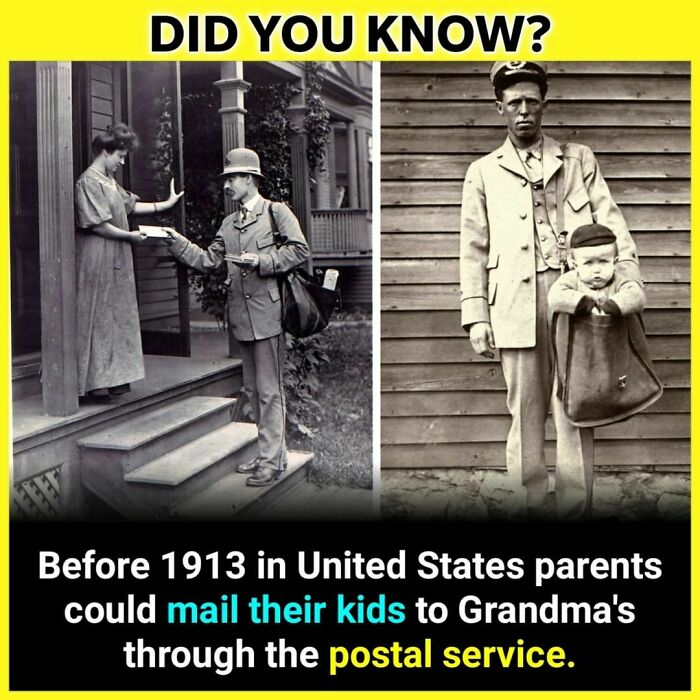 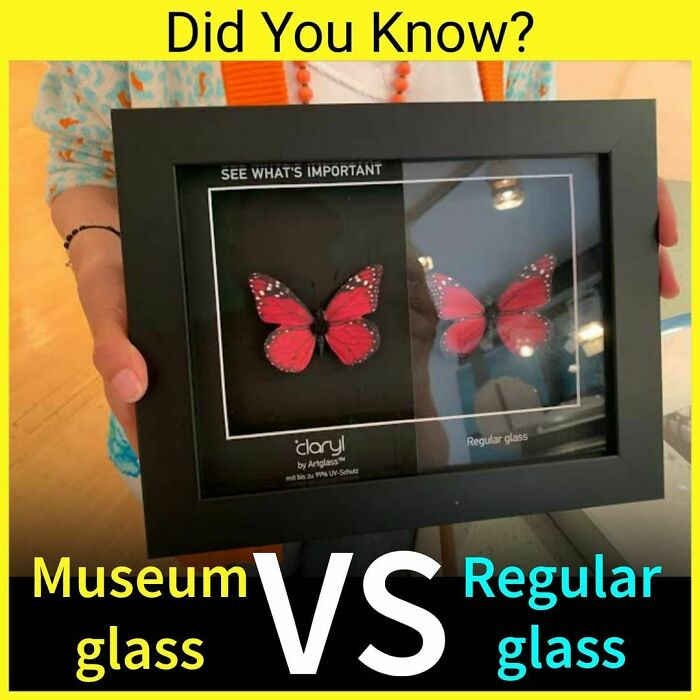 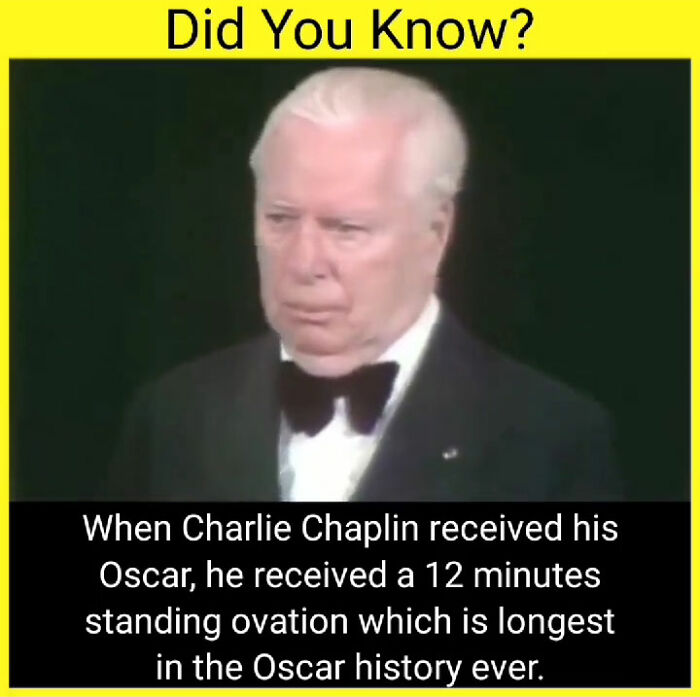 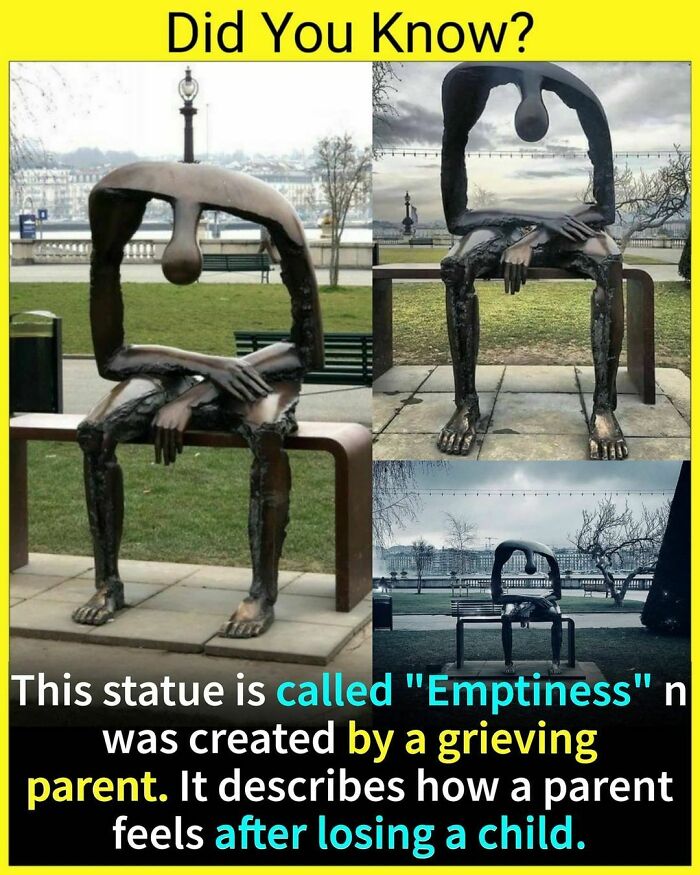 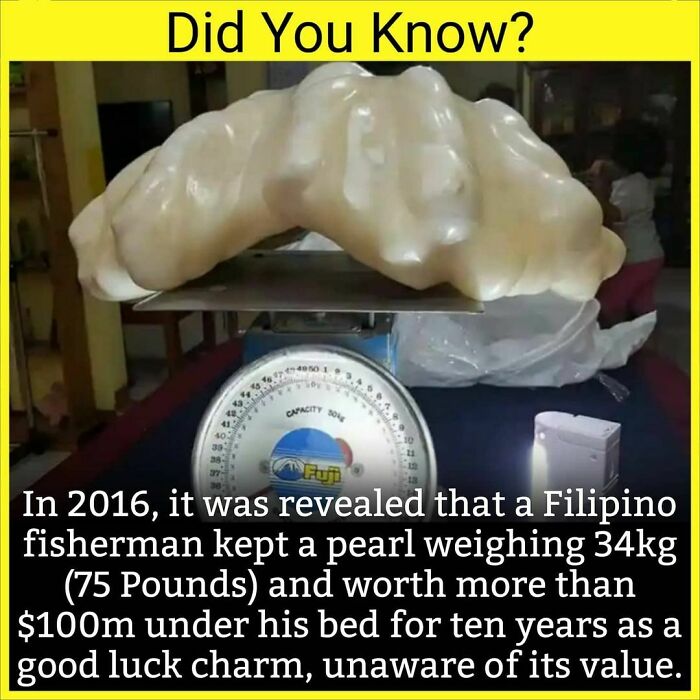 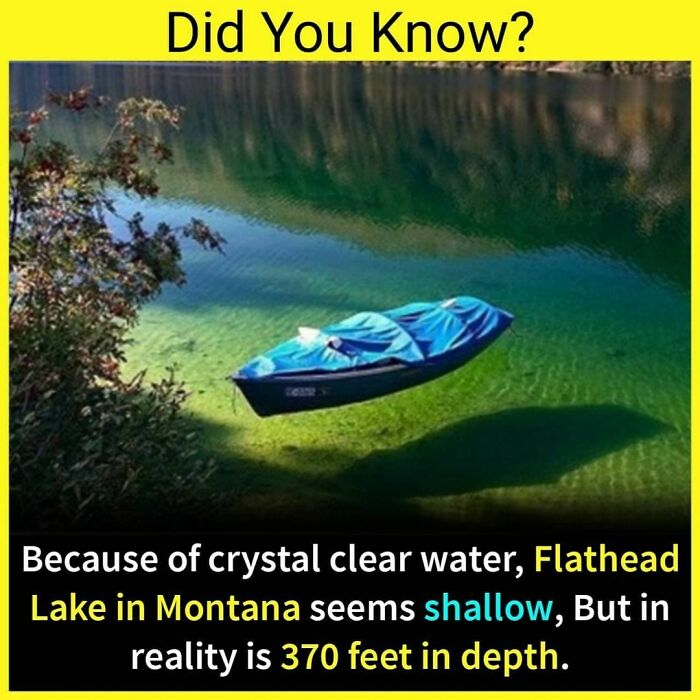 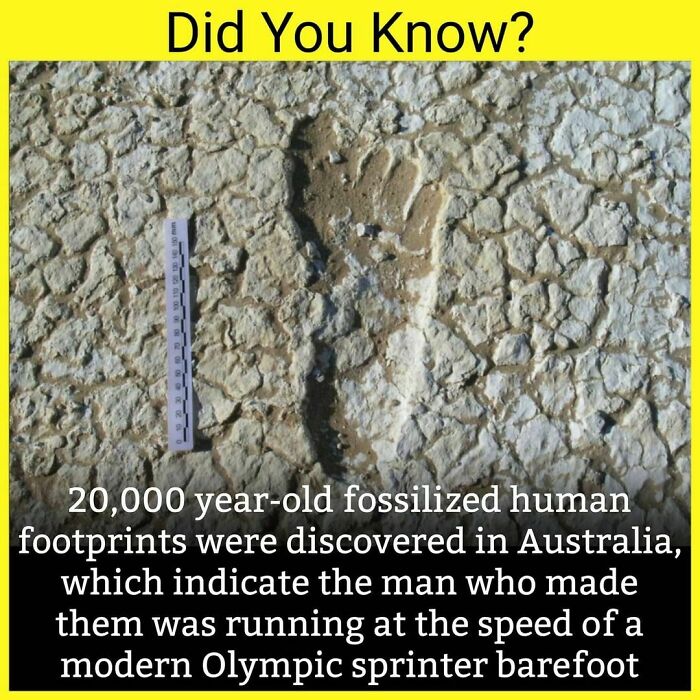 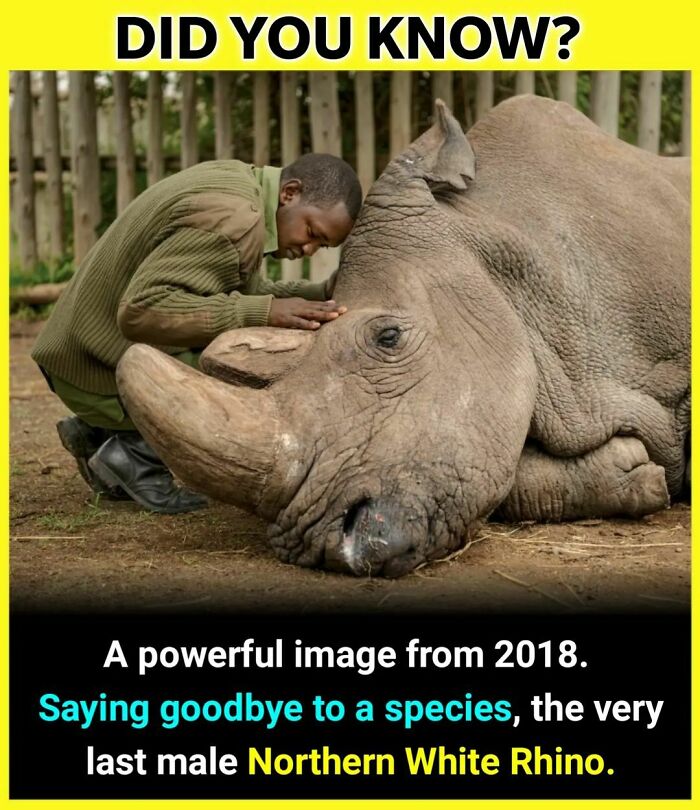 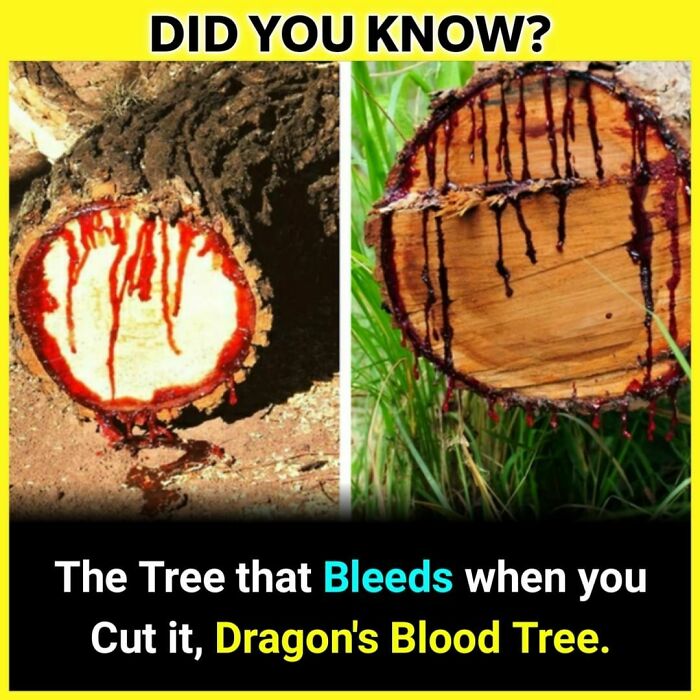 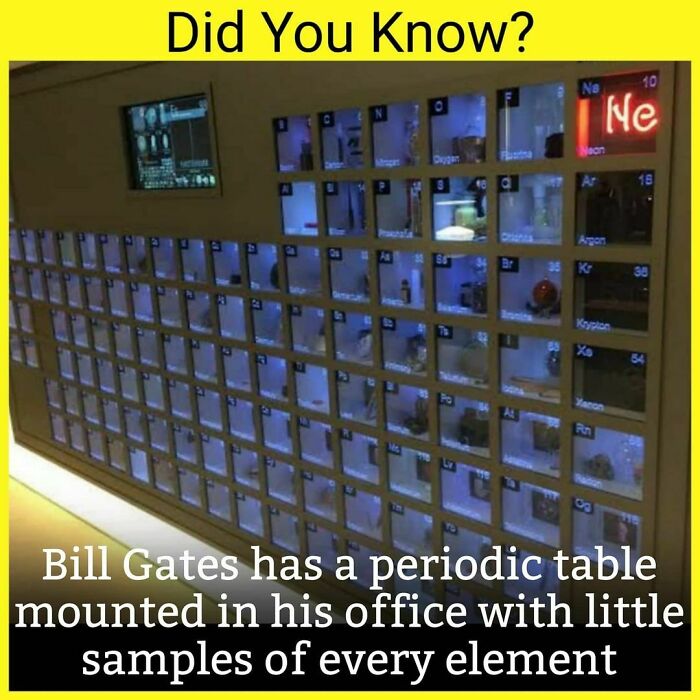 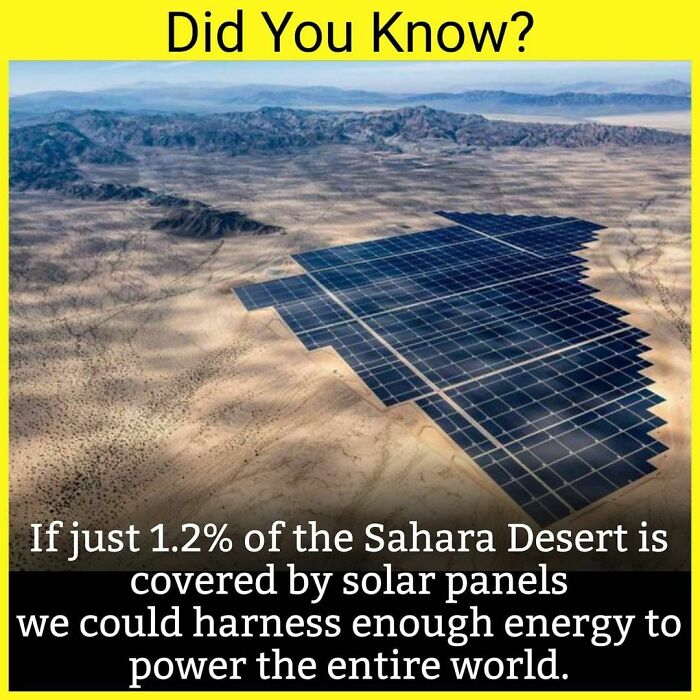 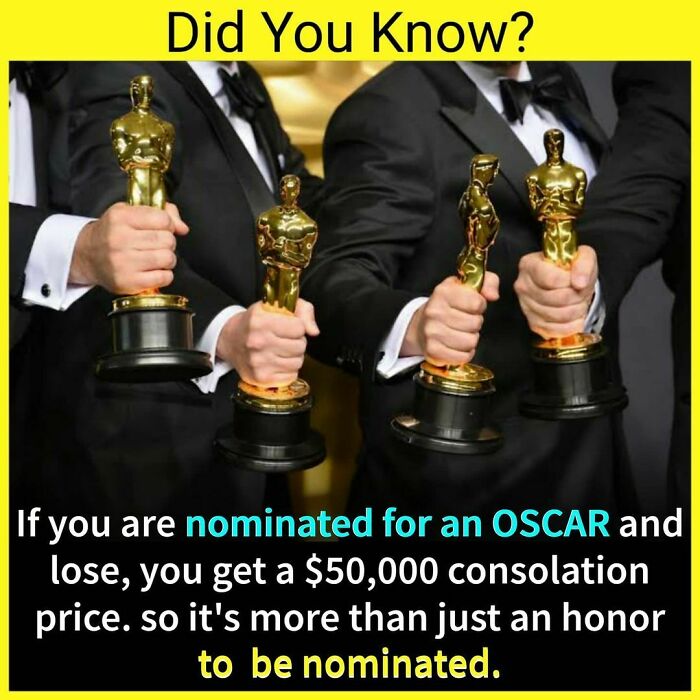 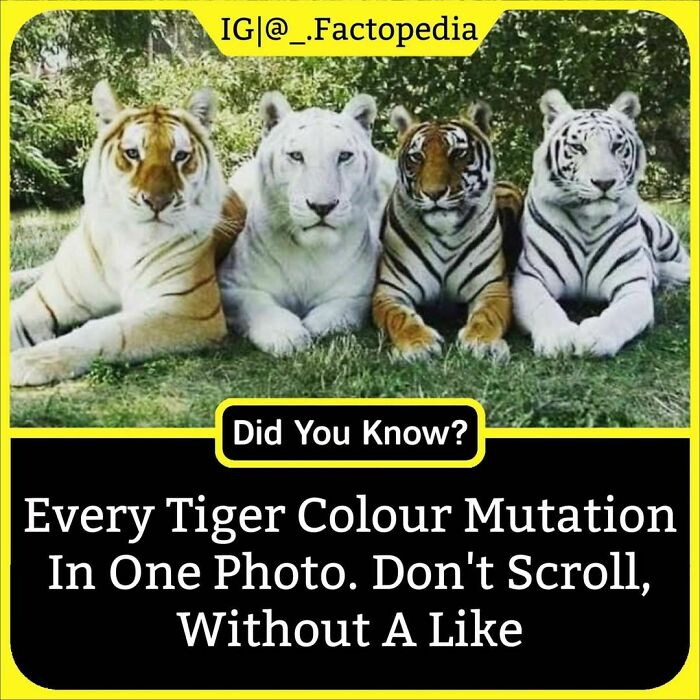 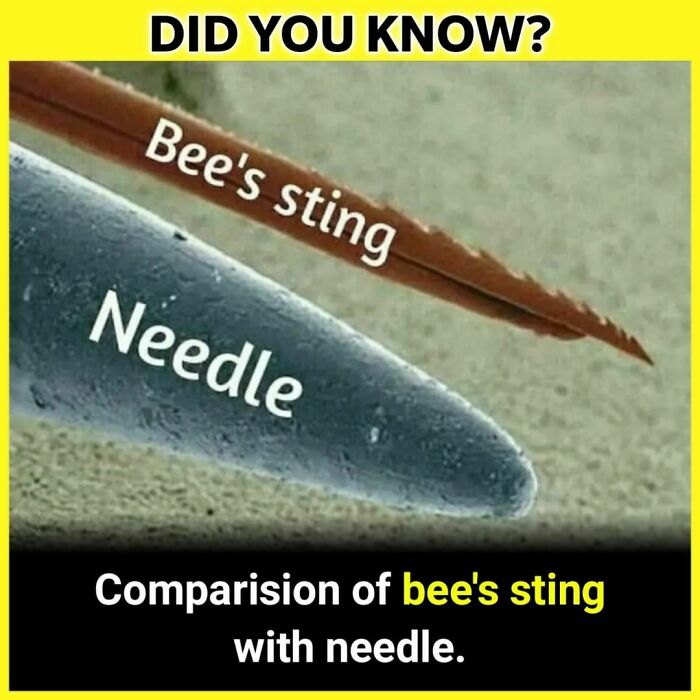