While photos and videos of wild animals never fail to capture the imagination of viewers, a set of images portraying a rare black panther from the jungles of Karnataka has been mesmerizing netizens.

On Sunday, popular Twitter account @earth shared a surreal photograph of a rare black panther apparently roaming the jungles of Karnataka. Specifically in Kabini. The photograph has been clicked by wildlife photographer Shaaz Jung. Jung shared the photos on his Instagram in 2019.

The tweet read, “A black panther roaming in the jungles of Kabini, India.”

A black panther roaming in the jungles of Kabini, India. pic.twitter.com/UT8zodvv0m 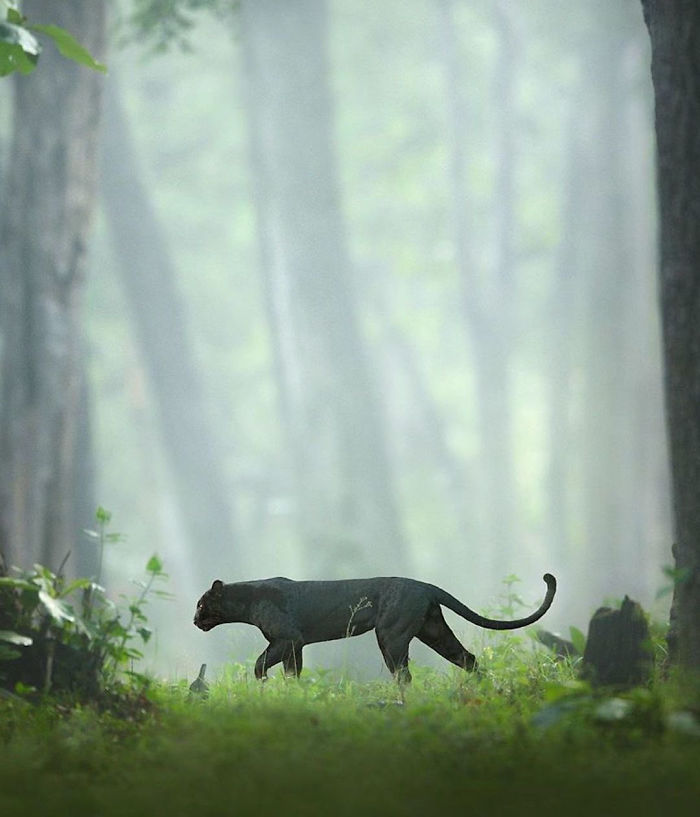 Jung has been fascinated by black panthers ever since he first saw one. “Ever since our eyes first met, my passion became an obsession and it was my ultimate goal to shed more light on the master of darkness,” says Jung. “Today I am extremely fortunate to be making a film on him for Nat Geo WILD as well as writing an extensive research paper.” In one image, Jung manages to capture the moment the panther looks directly into the lens, revealing its intense stare. 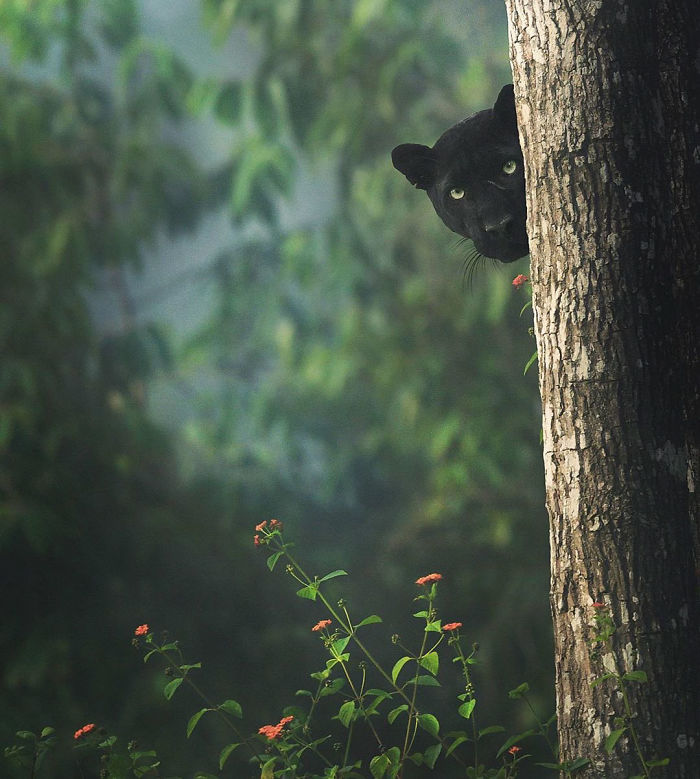 During another trip to the forests of Kabini, Jung captures a panther padding through the eerie grounds at dawn. “We drove out at first light and watched darkness lift to reveal nothing but ambiguous shapes in the thick mist,” he recalls. “We parked ourselves under the old Banyan, where he was seen the day before. The silence was deafening and dawn was like the dead of night. No songbirds sang, no crickets hummed, yet there was an eerie sensation of being watched. Spending years on the same track, tracking the same animals strengthens your intuition and within minutes a ghostly figure slowly took shape on the road ahead. It drifted by us in absolute silence and was by far my most chilling experience with the black panther.”

Check out Jung’s big cat photos below and find more from his portfolio on Instagram.

He’s been photographing the elusive big cat for the last four years. 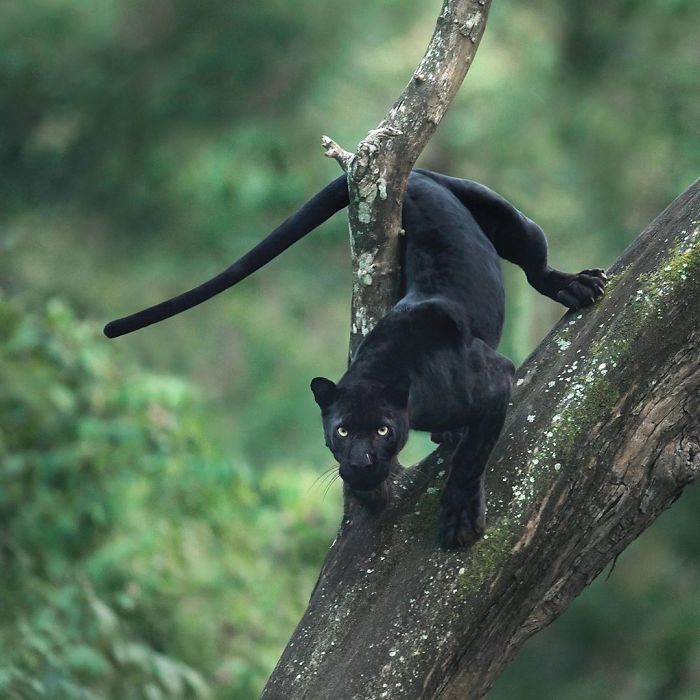 The images looked so surreal that many on Twitter were compelled to wonder if the images were real. Others were reminded of the fictional animated character ‘Bagheera” from Jungle Book.

Is this really real

Only in the real India could Bagheera come alive like he did in the Jungle Book! Just amazing. https://t.co/mbnbHKK5Xk

Wow.. what a sighting and capture..

A black panther picture on the 4th of July? Beautiful.

Bagheera, Is That You? 🖤 #Junglebook

Both the images of the black panther were shared on Instagram by Jung in 2019. His page is filled with scores of close-ups and candid shots the wild cats of Kabini. 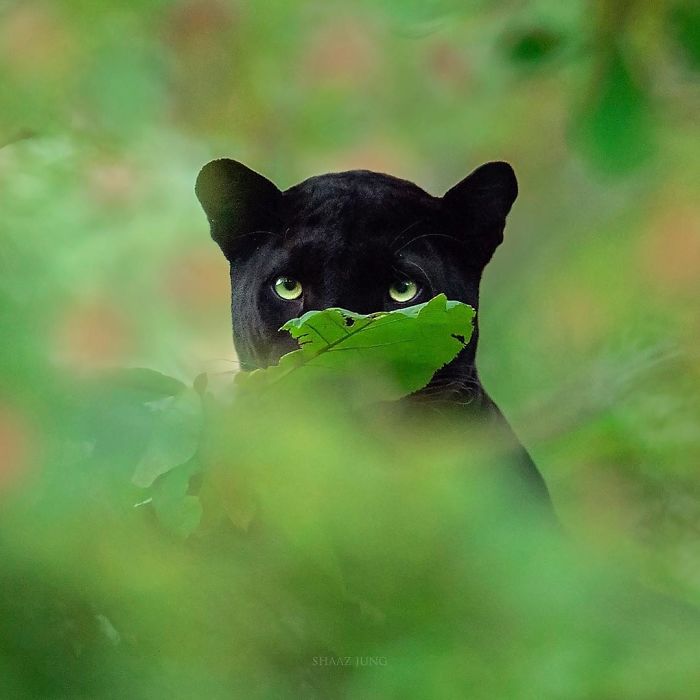 Jung, who has spent years tracking and photographing wildcats in the lush forests of Kabini river and backwaters in Karnataka, is an eco-conservationist who runs a tourism retreat called The Bison in Kabini. The photographer also comes from a lineage of royalty, descending from the Pataudis of Bhopal on his father’s side as well as sharing heredity with the Paigahs of Hyderabad.

His ancestral family once used to own large swathes of forest lands in Central India. But today, Jung’s, a graduate in Economics from Utrecht University, has focused all his energies on photographing the wonderful big cats that prowl the jungles of India. 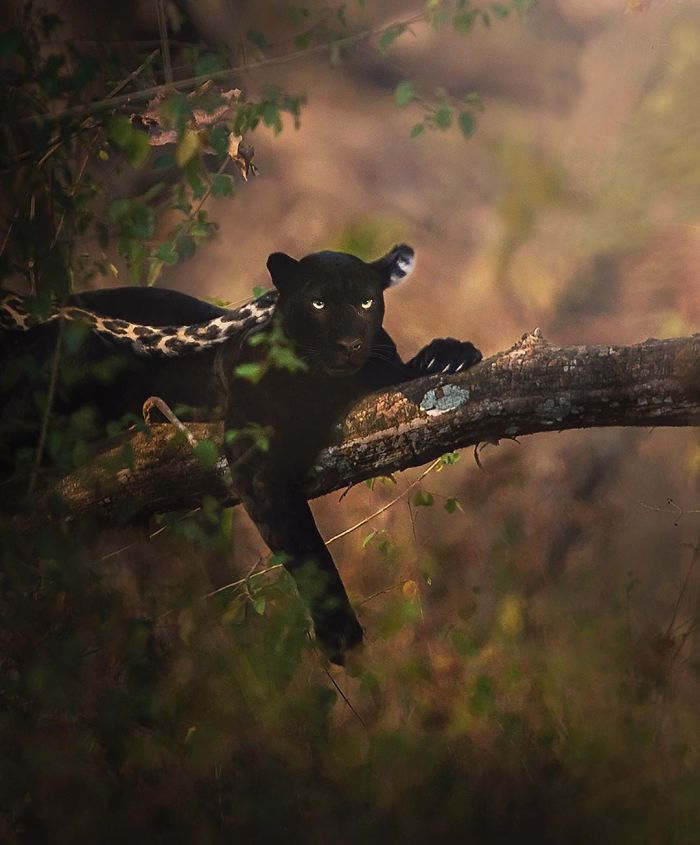 “I spent two and a half years in the Kabini Forest, between December 2017 and January 2020, on a filming permit,” Jung told Bored Panda. “This filming permit allowed [me and the team] to make a documentary on the black panther for National Geographic.”

He was the Director of Photography and said every day was like a journey into the unknown. The attempt to unravel the secrets of the enigmatic black panther has been one of the most challenging projects Jung has ever worked on. 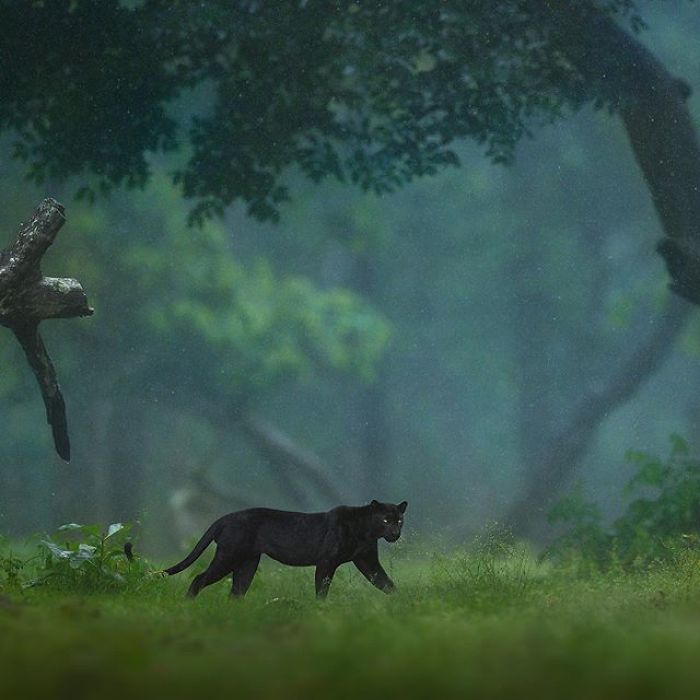 “This black panther is a leopard with an abundance of melanin. Unlike other cats in the Kabini Forest, there is only one black panther,” Jung explained. “This of course makes him far more difficult to photograph. However, since 2015… photographers have been fortunate enough to see him and take pictures. We are, however, the first to make a dedicated movie on him.” 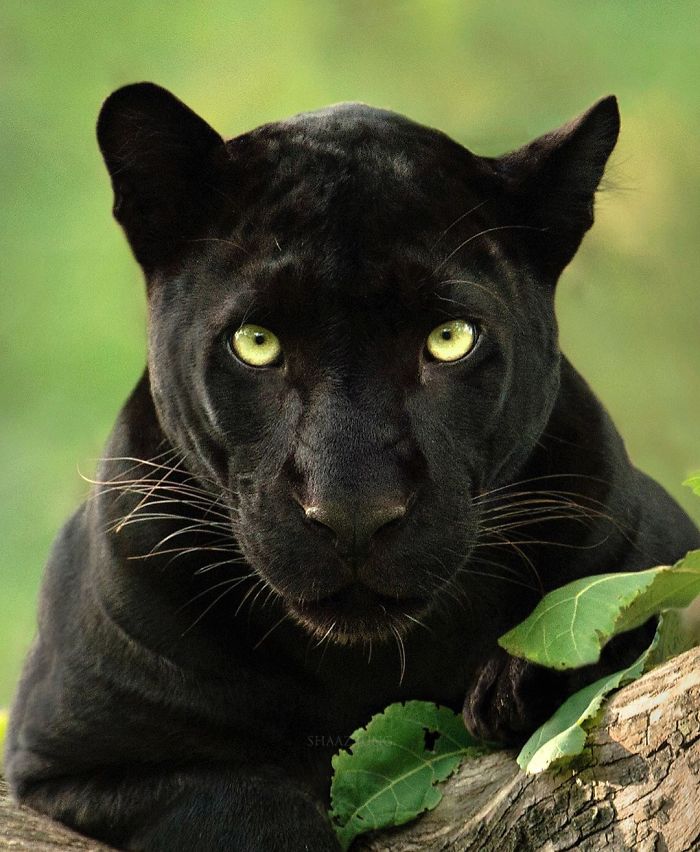 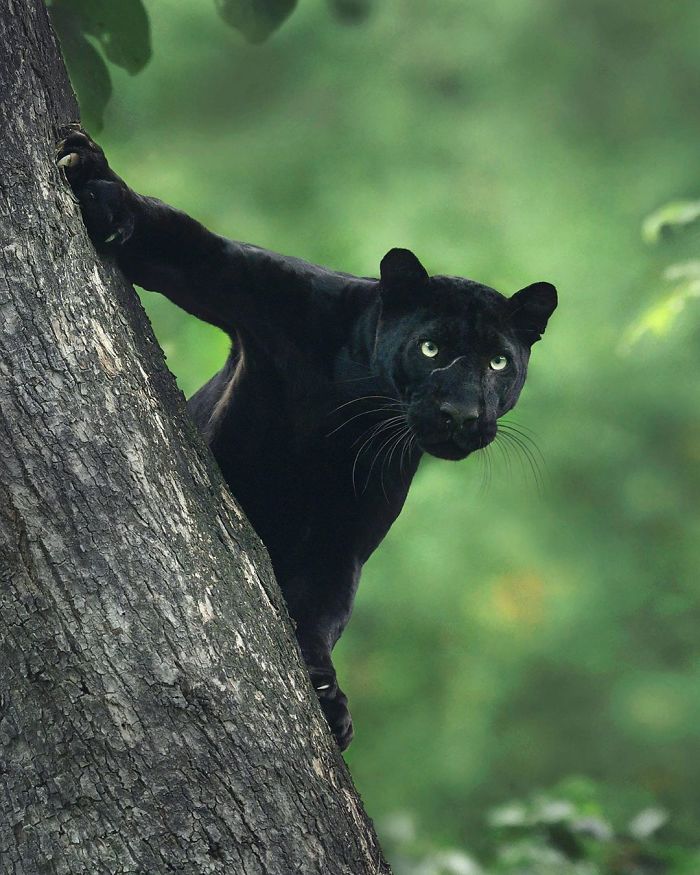 This demanding project has taught everyone who was working on it the art of patience. “It’s been an incredible journey,” Jung said.

“I would like to thank the Karnataka Forest Department for protecting these forests. Their hard work enables us to catch glimpses of these beautiful animals that are thriving in our Indian forests.” 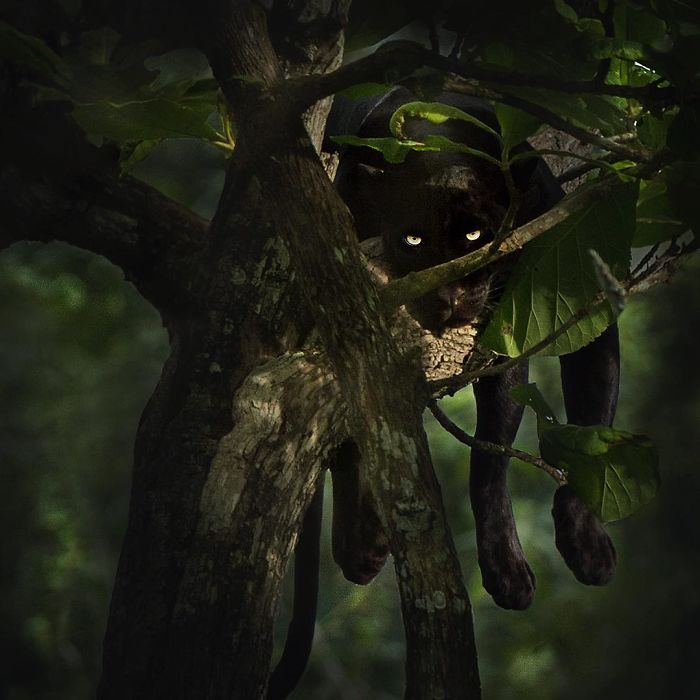 Raised in South India, he grew up in awe of the mighty jungle and was fortunate enough to have some of the country’s best national parks in the area. “The jungle is a labyrinth riddled with secrets that are waiting to be uncovered. Every day in the forest was like a puzzle and I had to put the pieces of this puzzle together in order to successfully unlock its secrets.”

When he did, Jung was gifted with some of the most breathtaking moments that he could capture with a camera. 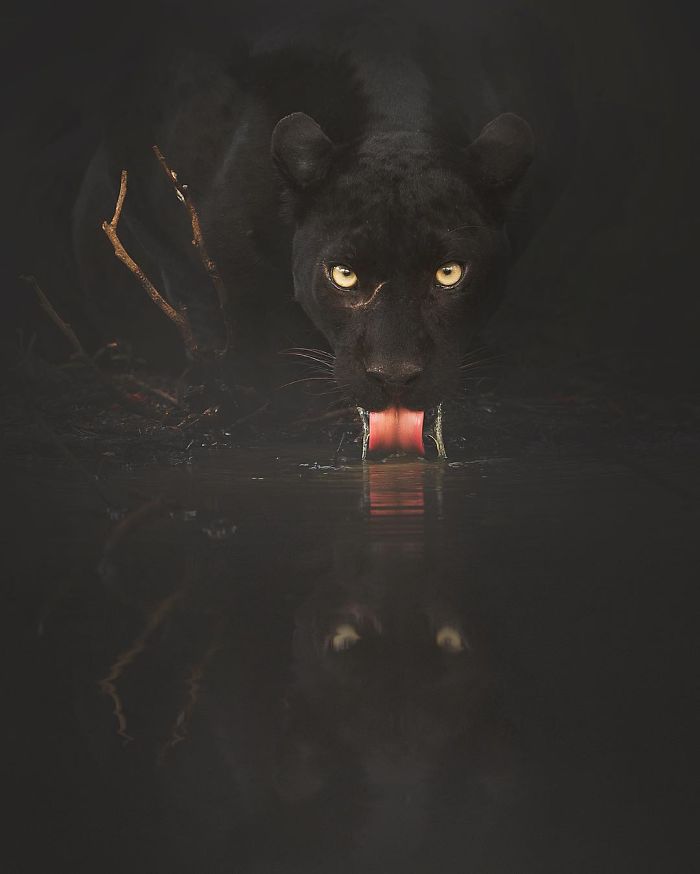 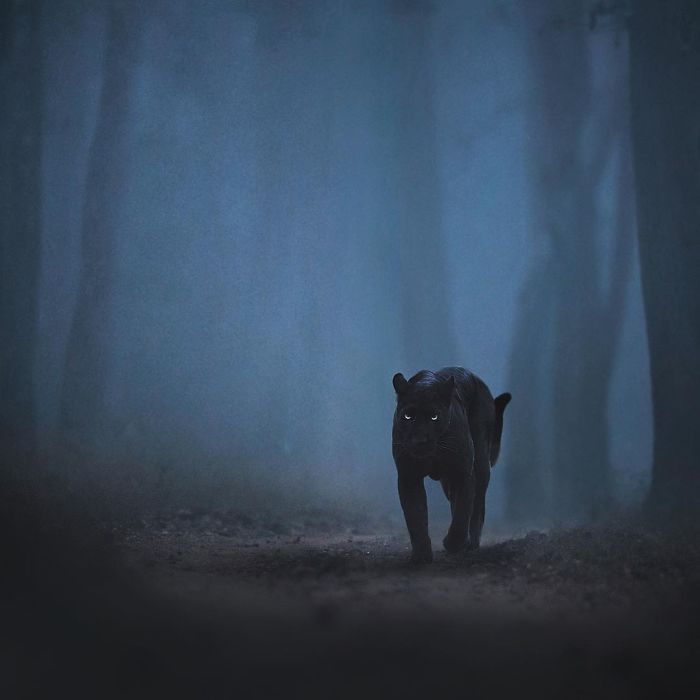 “The camera allowed me to take photographs, immortalizing these moments, relishing life, and inspiring the world,” he said. “Wildlife is unpredictable and I love the challenge of tracking your subject before you can photograph it. It feels far more rewarding.” 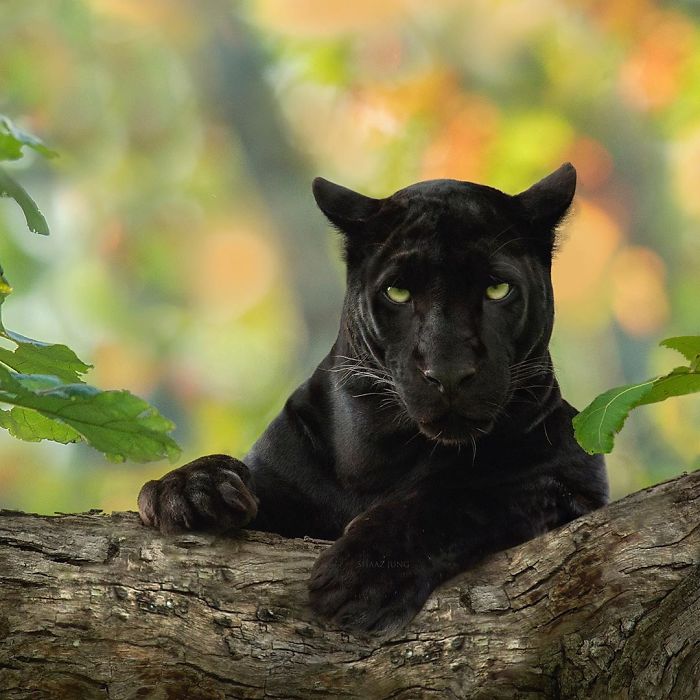 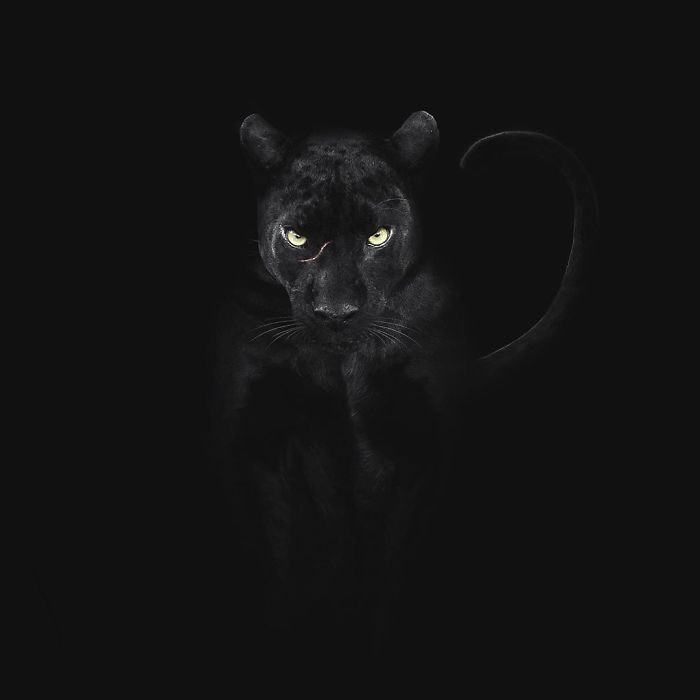 All the hard work Jung has put into capturing wildlife really paid off. Not only did he travel some of the most beautiful places on Earth and meet gorgeous creatures, but he also became the ambassador for Nikon India and Samsung. In his spare time, Jung also runs Safari Lodges in South India and East Africa where he guides private safaris for wildlife enthusiasts. 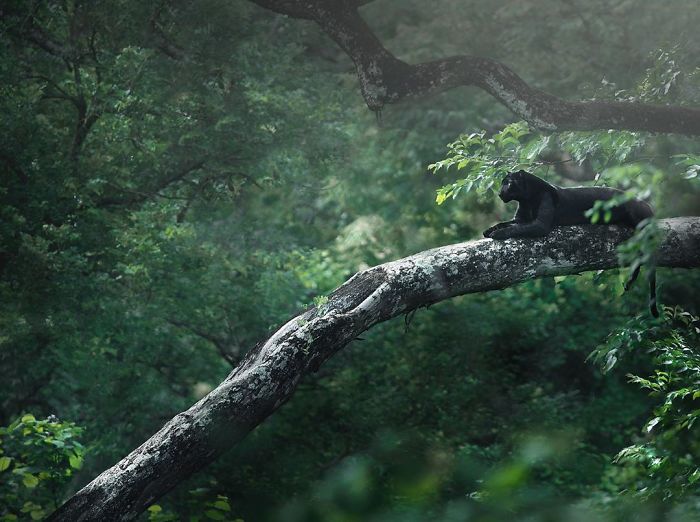 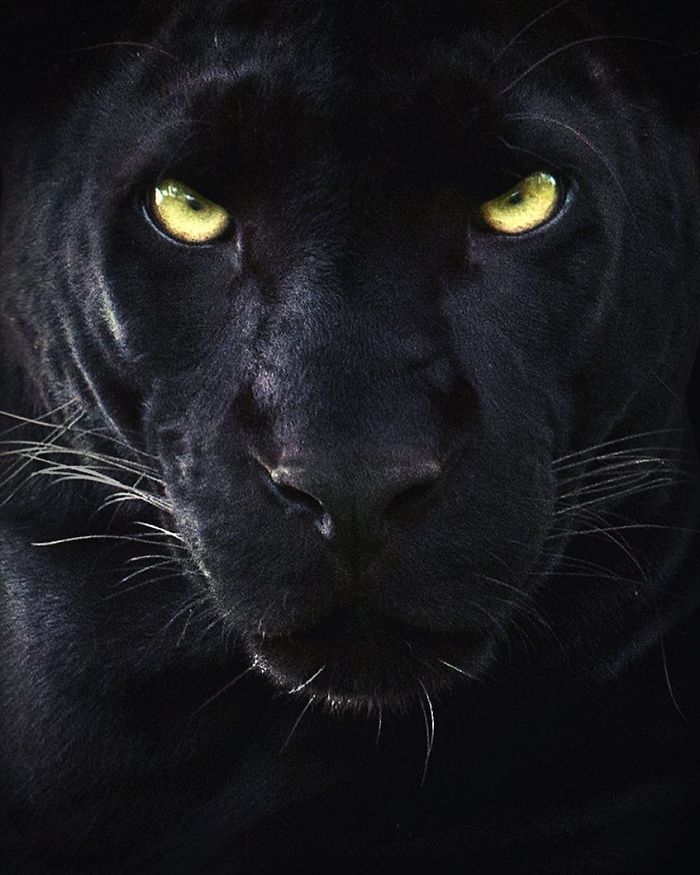 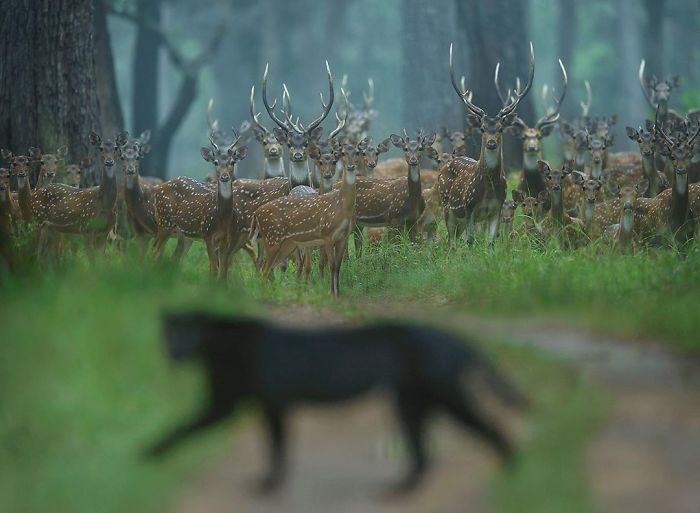 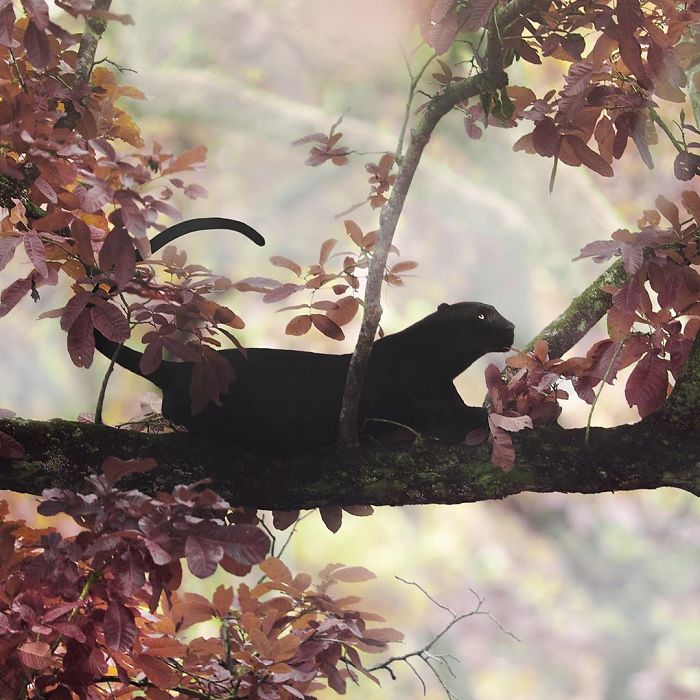 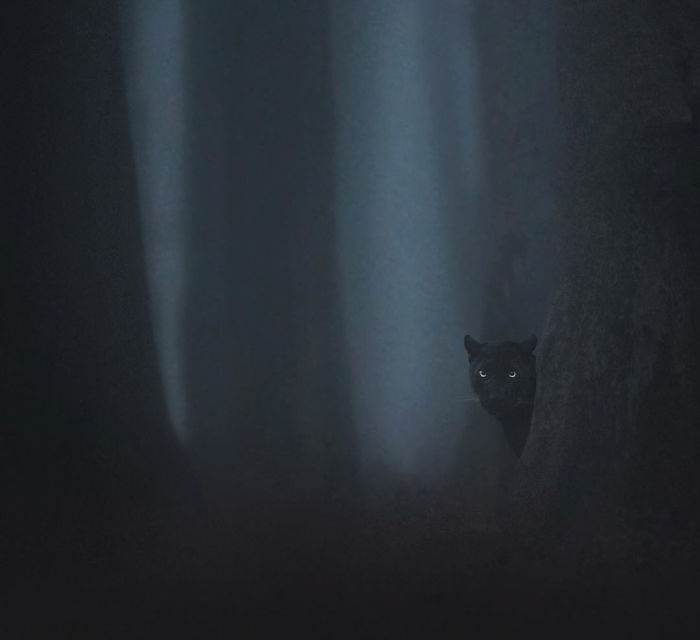 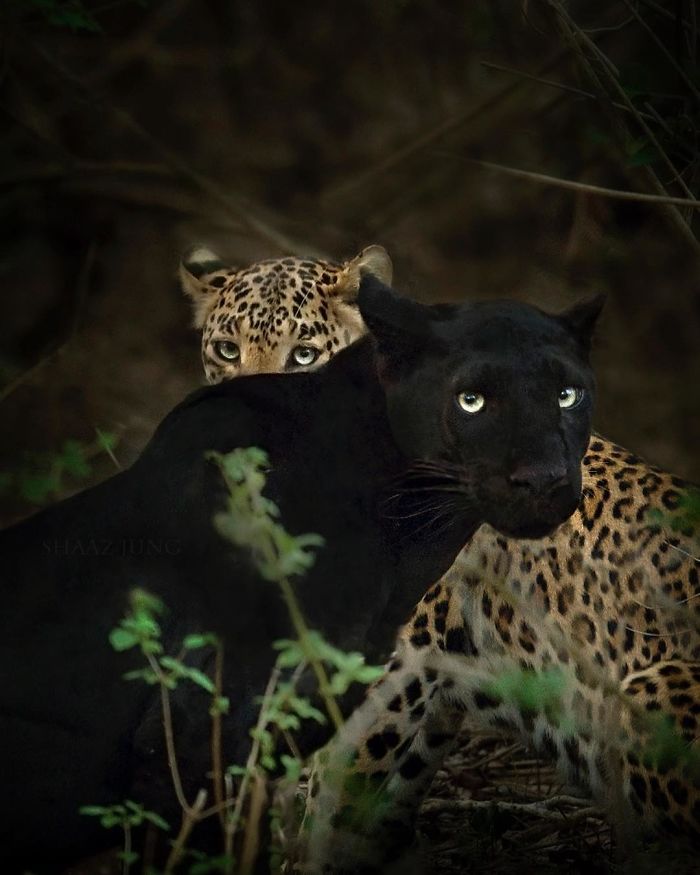 Here’s what people said about his stunning photos