Jenny Jinya, the German illustrator who is well-known for her bittersweet comics involving animals and Death itself is back again with a fresh new comic.

Freelance illustrator and Digital Media student from Germany Jenny Jinya has amassed hundreds of thousands of followers on numerous platforms with her animals-meet-Death comics. And if you’re alarmed by that thought, don’t be. Not only do the comics strongly advocate animal rights, but Jenny’s version of Death isn’t a villain also. Rather, a compassionate guide, leading the critters to their new home. 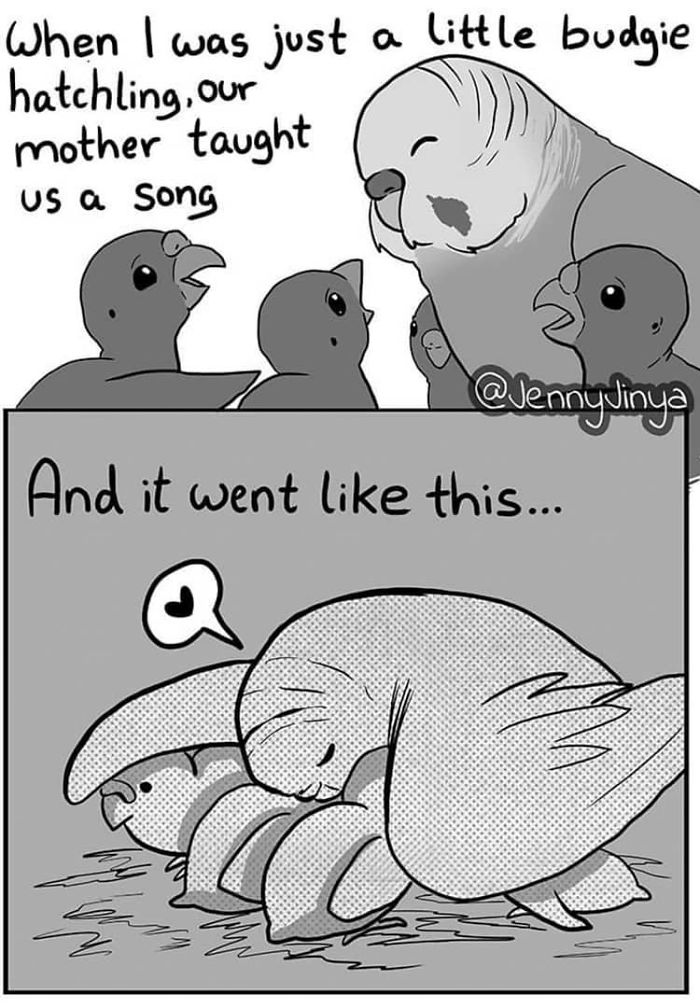 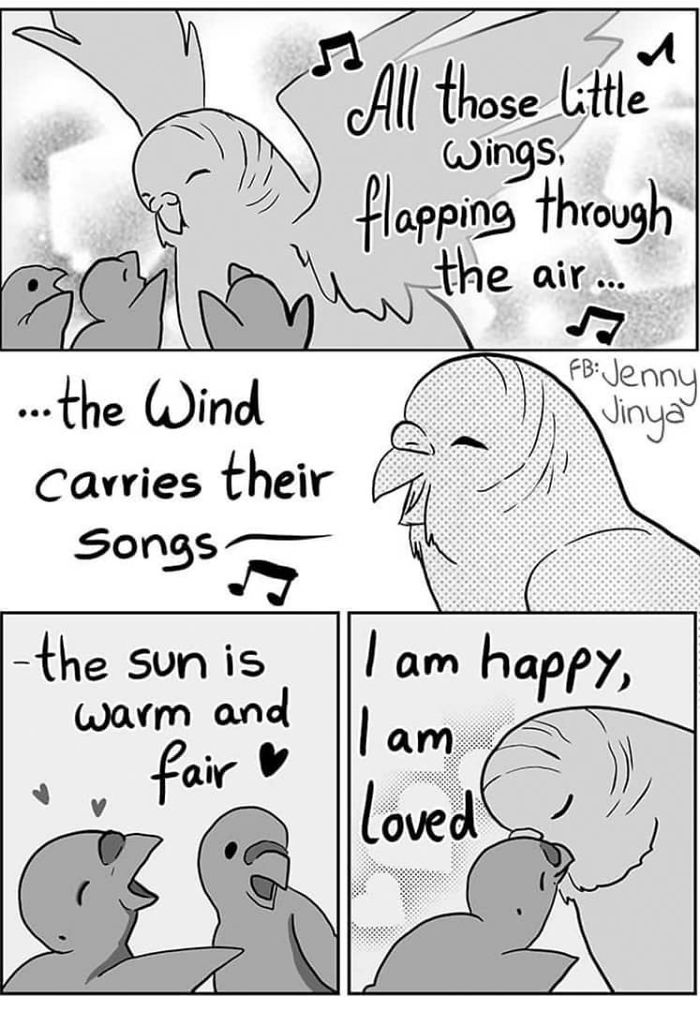 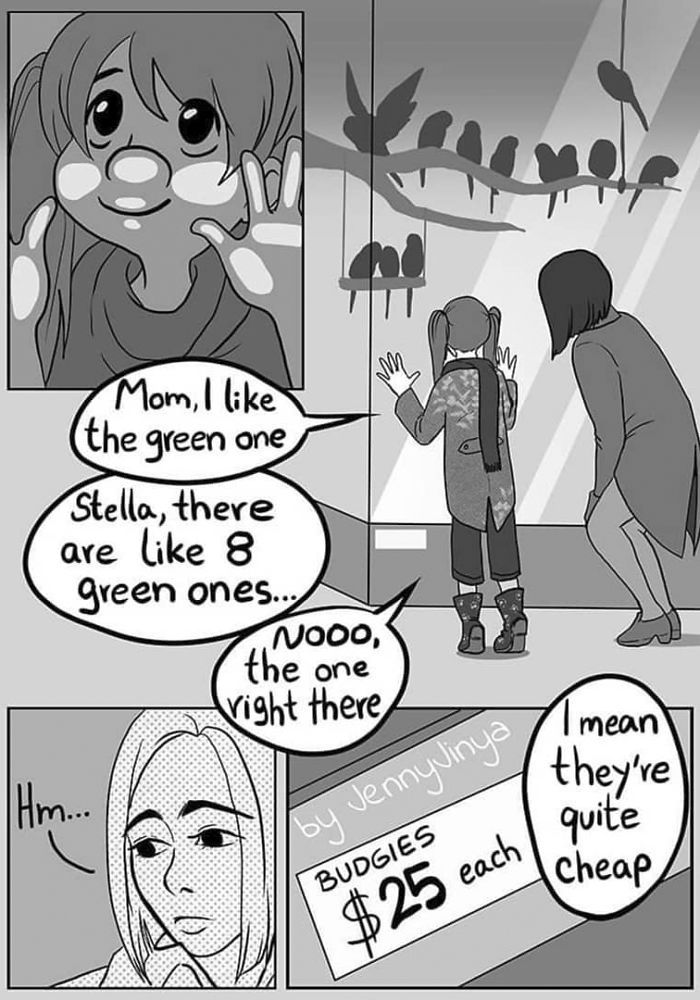 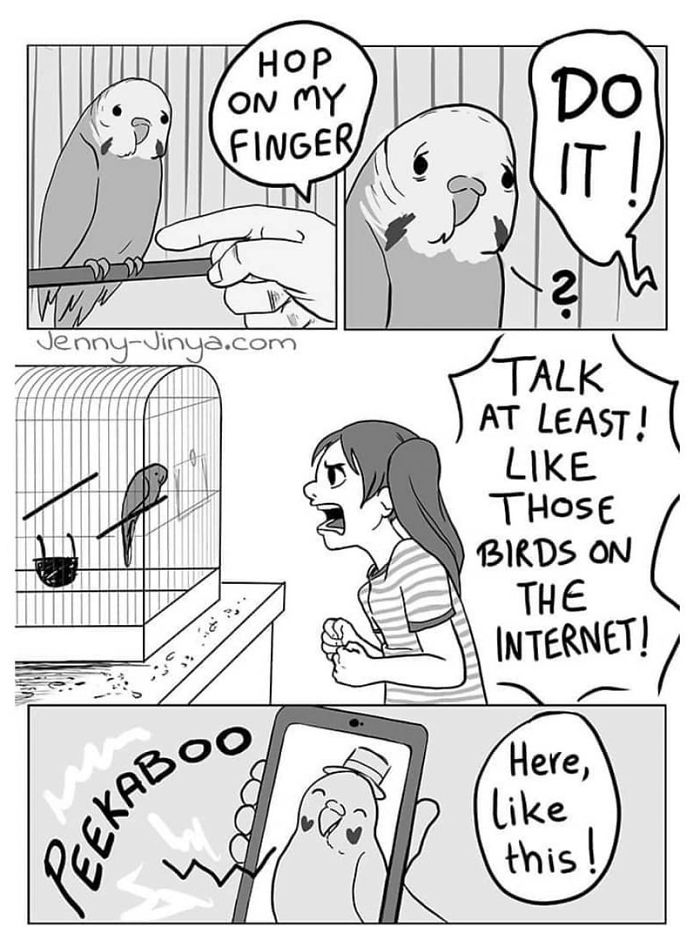 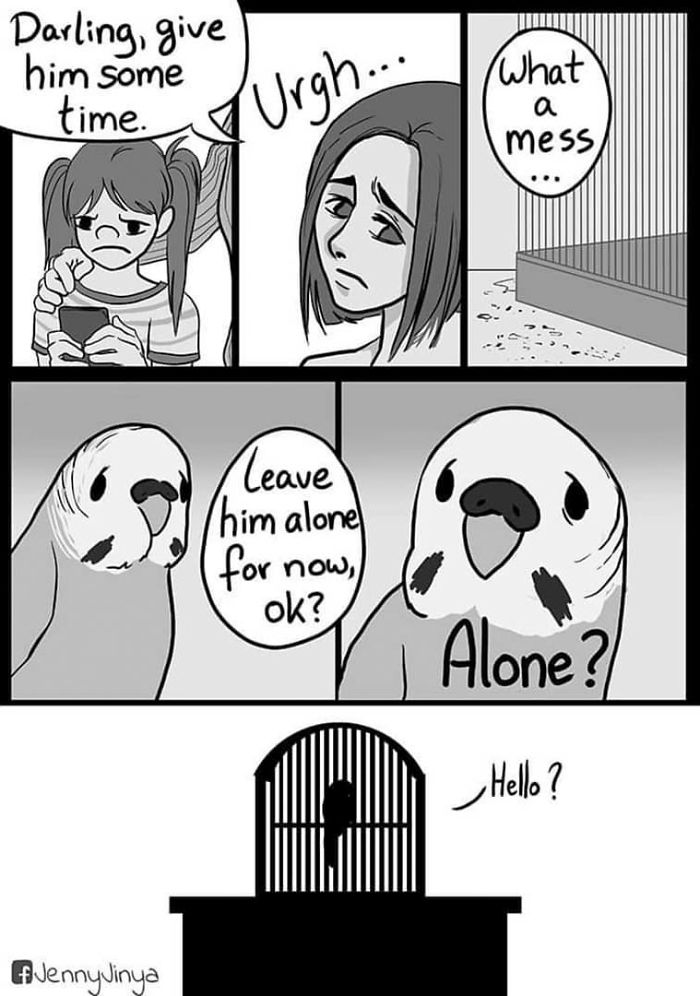 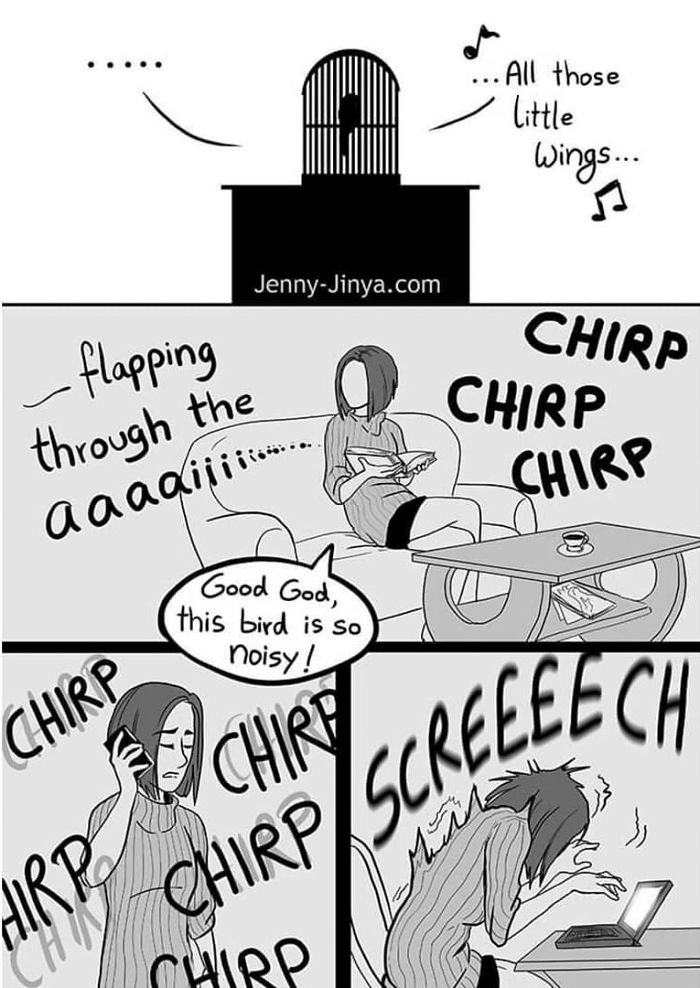 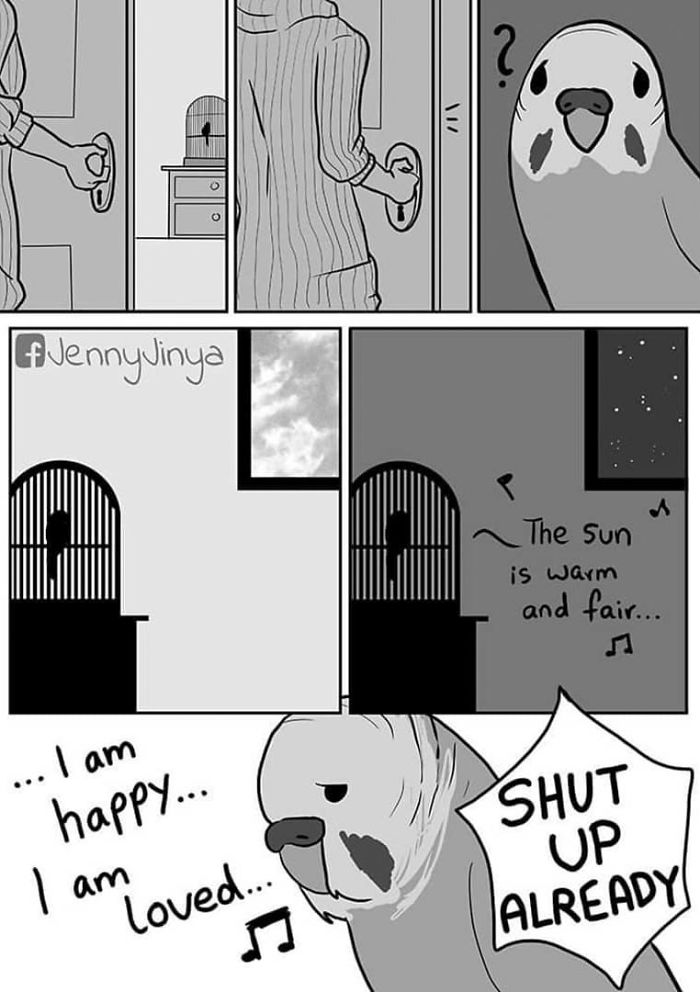 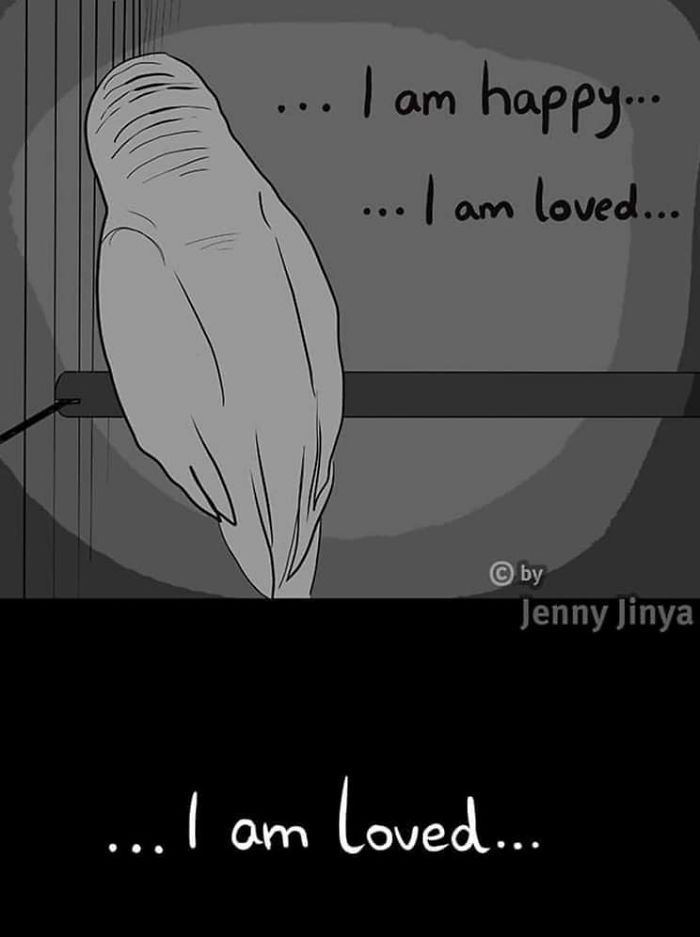 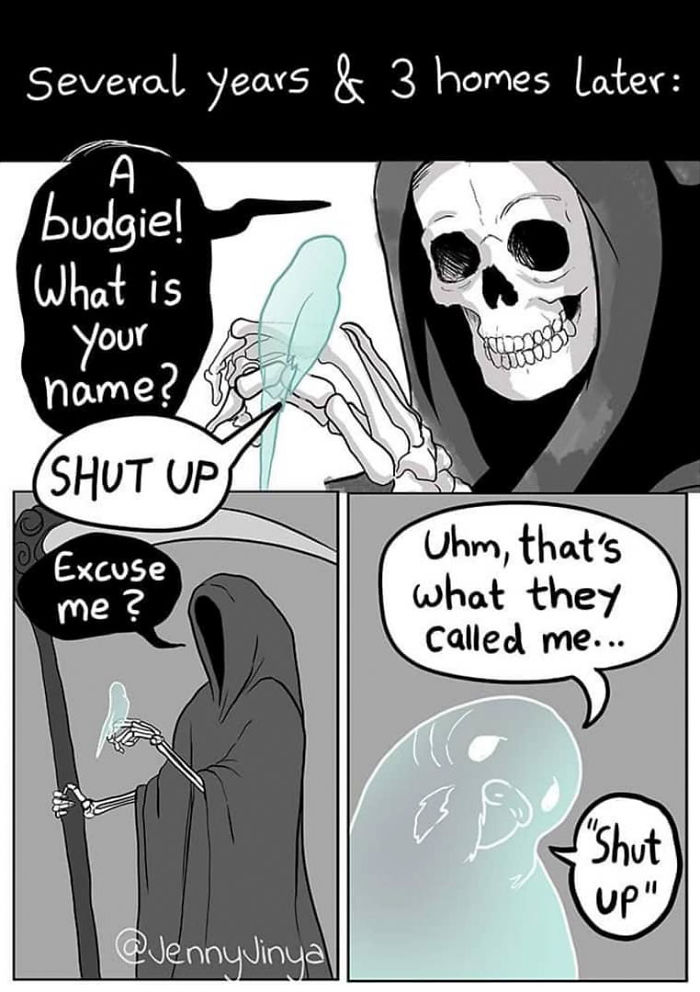 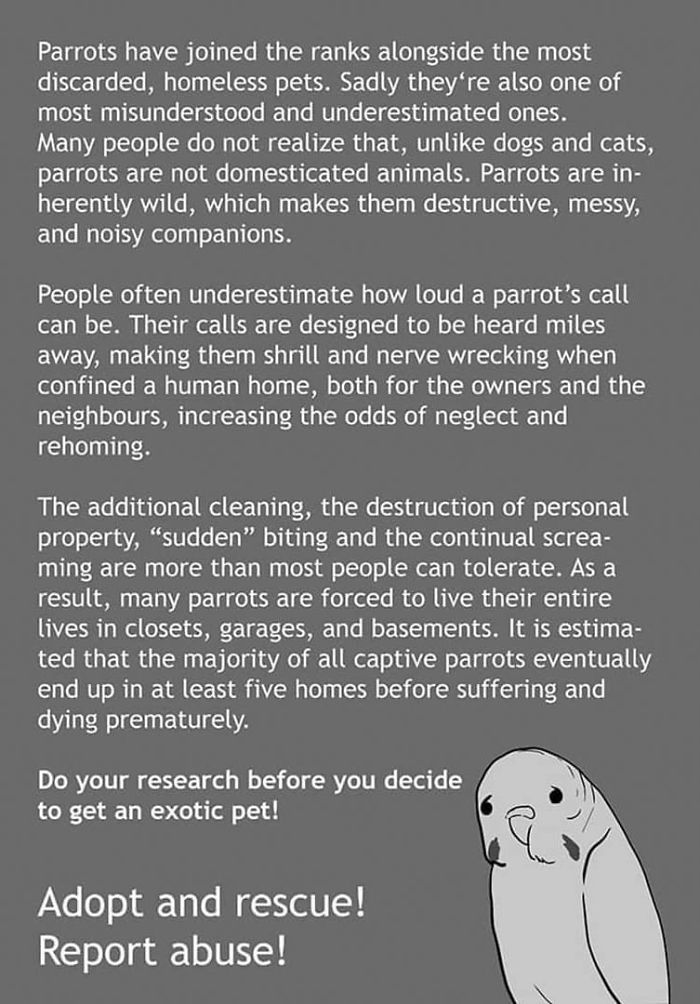 Jenny thinks there are many different reasons why parents buy their children’s so-called pocket pets. “Just like hamsters and fish, birds are thought to be small animals that do not require much care. However, when these little creatures suddenly start to make a mess, people realize that they have not done enough research,” she told Bored Panda.

“Parrots like budgerigars are small, pretty, and also quite inexpensive. Often, it probably is simply underestimated how wild and complex these animals are. We are talking about exotic birds that are inherently wild. These birds are not decoration, they are loud, they want to fly, they need attention. You can’t just put them next to grandma’s flower pot and ignore them,” Jenny explained. 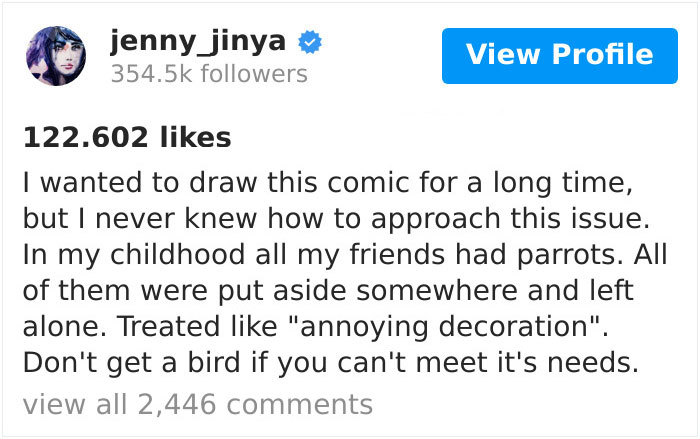 International animal protection organization In Defense of Animals agreed that parrots can be entertaining and beautiful to look at; they are smart, can learn tricks, and may provide companionship to some people.

But the organization also agreed that the companion parrot has joined the ranks alongside the most discarded, homeless pets in America. “Even if captive-bred, they possess the same wild traits as their wild-born cousins who live in the jungles and rainforests. The parrots’ loud vocalizations help them communicate with mates and neighboring flocks in the distance. The larger species of parrots have raucous, ear-shattering screams that can be heard from miles away. The smaller parrots can be heard from equal distances with their shrill, ear-piercing screams that are often repetitive and annoying. Even the smallest parrots like the little budgerigar (commonly called budgie or parakeet) have been known to be too loud and nerve-wracking for some people,” In Defense of Animals wrote on their website.

Jenny highlighted that pets can be great and very important to children. “That being said, parents should be aware that a child may not always be able to meet all the requirements of an animal. One should not leave this responsibility completely to the child and before each purchase, one should inform oneself sufficiently about what one is getting involved with,” the artist added.

And here’s how the people responded to it 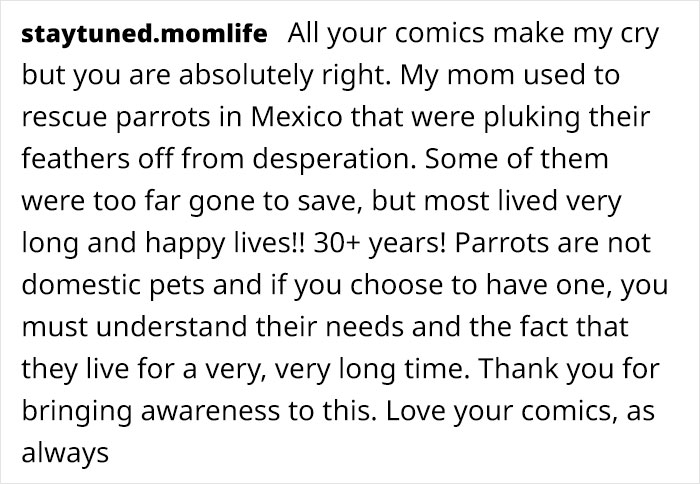