In big cities, joining a group of like-minded people at a Black Lives Matter protest is very easy. People are protesting the murder of George Floyd, Breonna Taylor, and so many others killed by racist police violence, and they’re doing it in enormous numbers in every state. It’s amazing and inspiring.

But what’s even more inspiring are the people who can’t join a big group, because they live in a place that is affluent and predominantly white or rural and predominantly white. Places where people are more likely to be racist and more likely to trust the police. Places where there is a much smaller population. In those places, standing up for what’s right is a lonelier action, but incredibly moving to see. Below are some of the lone protestors who have shown up to be a voice for #Blacklivesmatter and justice everywhere. Every voice counts and it’s a closer step towards ending this unfairness.

1. My Mom Did Her Own March 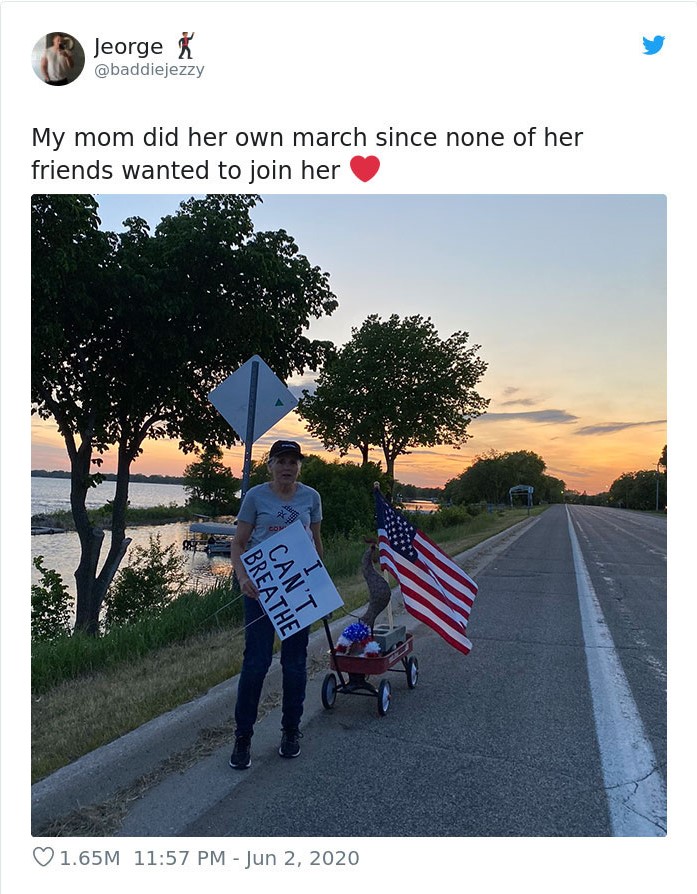 2. The Karens Doing Their Part To Stop The Violence! 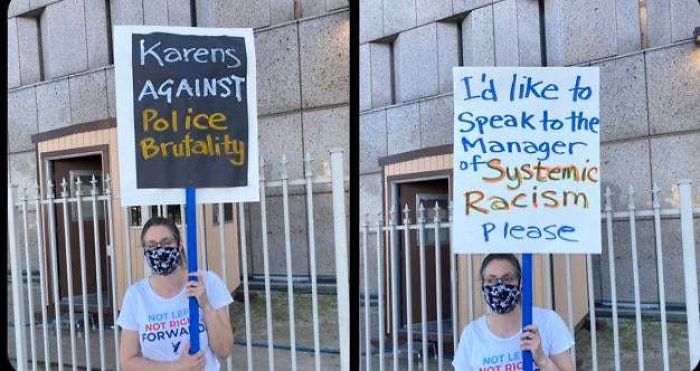 3. A Lone Protester In The Heart Of A Small Southern City. Thank You. 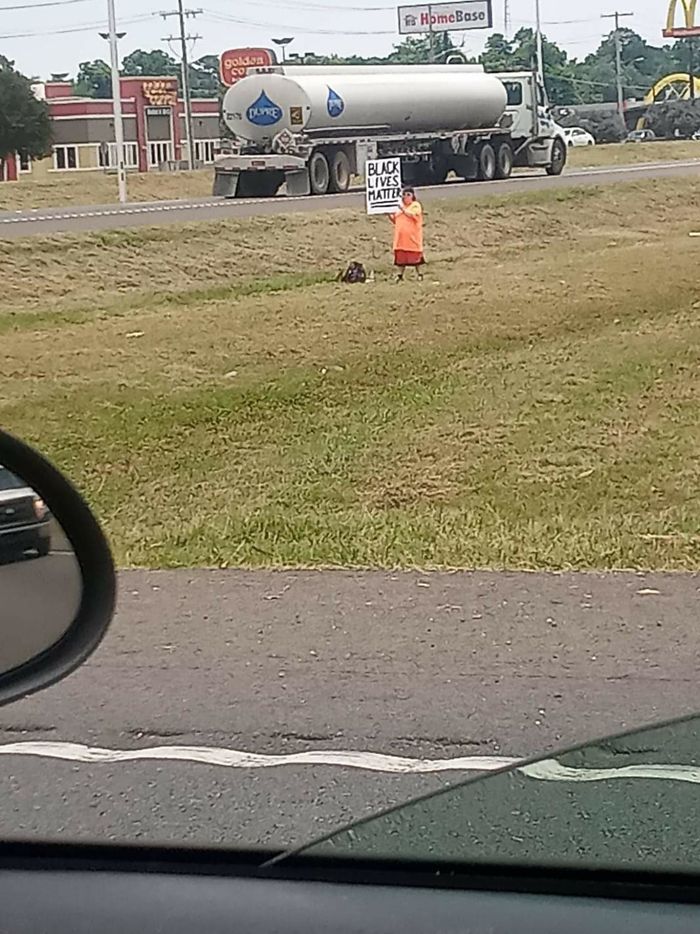 It’s always good to know your rights before going to a protest to avoid any possible misunderstanding. The government can’t stop you from peacefully protesting, but it can restrict the time, place, and manner of the protest. However, the content itself can never be a reason to block the protest.

Remember that on private property, though, nobody has a right to assemble. Police can move you off the property and keep you from demonstrating there.

4. Let Us All Hope We Don’t Need To Have A Sign Like This When We Are His Age 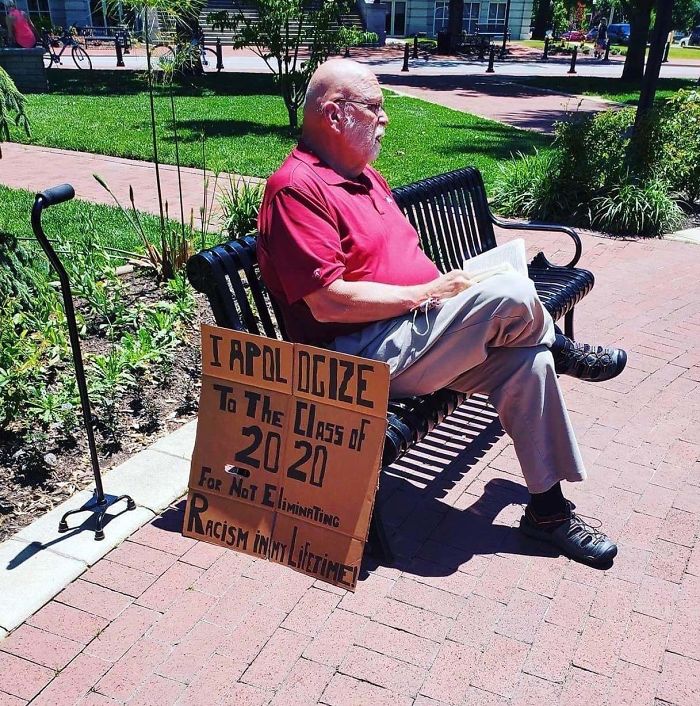 5. Ocean Shores, Washington, In The Middle Of The Small Town Traffic Circle. No Voice Is Too Small. 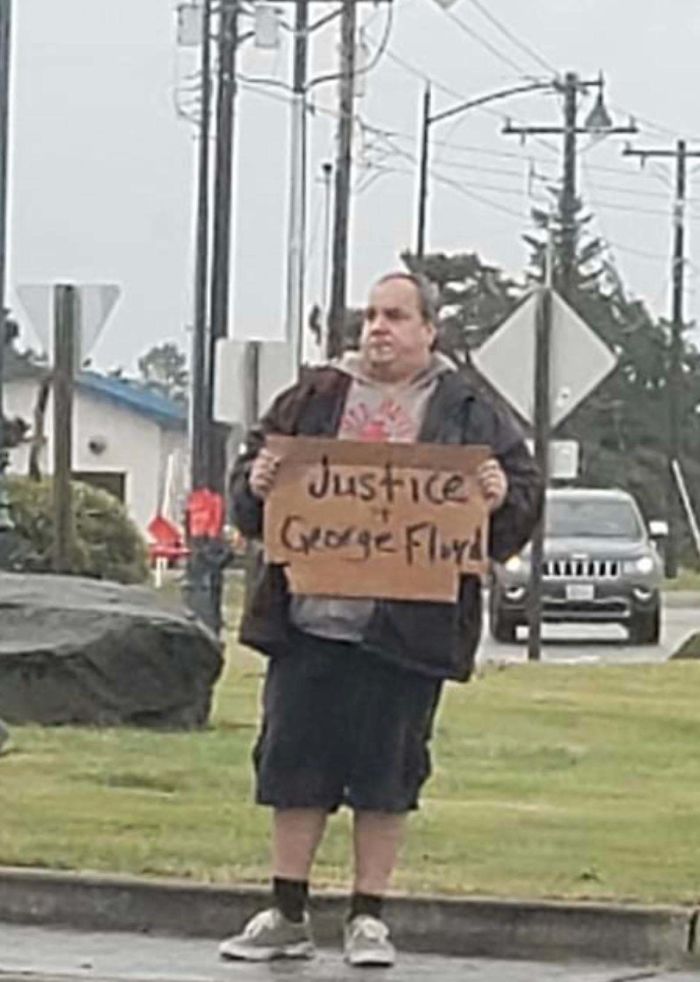 6. This Man Has Been Standing Alone In Our Town Square For The Past Few Days, Gods Bless His Courage 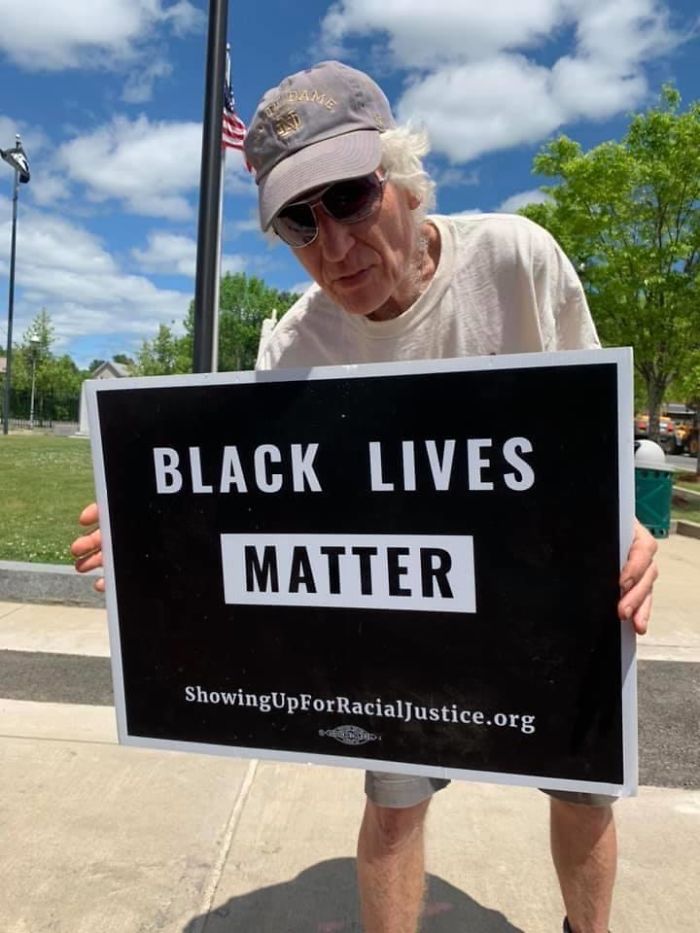 Emerson Sykes, a staff attorney with the ACLU’s Speech, Technology and Privacy Project, who studies free speech protections under the First Amendment, suggests to pack light if you’re going to a protest. Consider bringing water and a snack at minimum. If you bring a bag, prepare for it to be searched.

People should also remember that we’re still in times of pandemic, so “wearing a mask can keep you from breathing in droplets containing coronavirus.” Coming within close contact of other protesters could expose you to their spit or sneezes, which may carry the coronavirus.

7. #blacklivesmatter Lone Protester In Lacey – Marvin Road – #blm – What A Powerful Lone Protester Today! It’s Good To See This Out In The Rural Community Too. 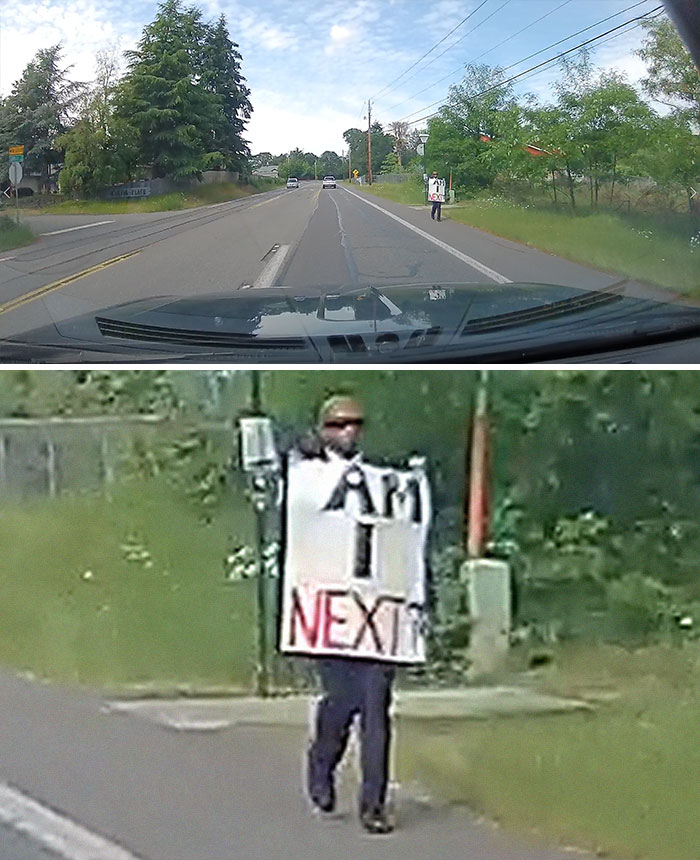 8. We Had One Guy In Our Town Start A Protest Alone 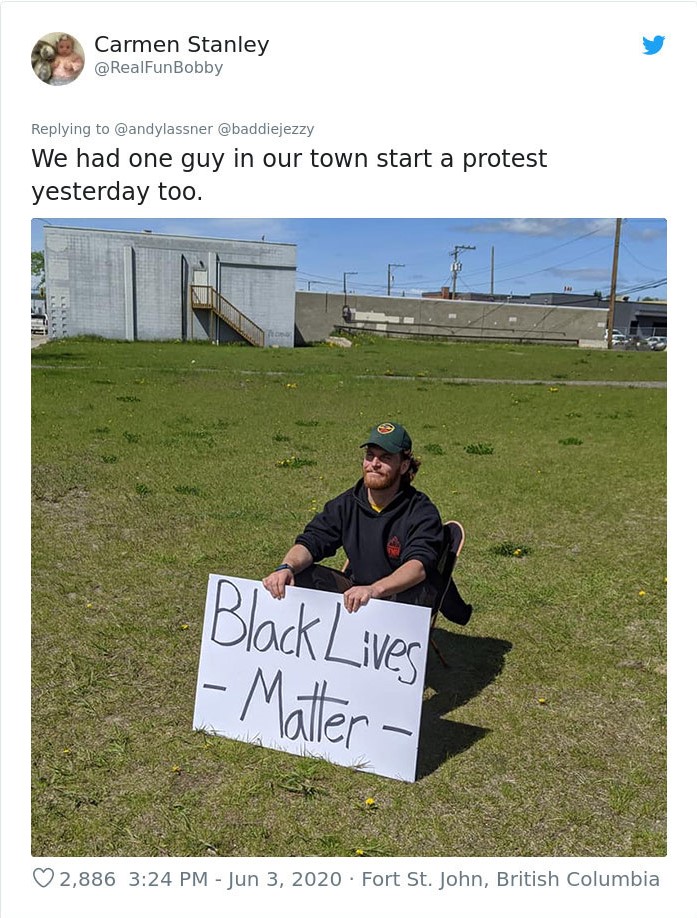 9. This Dude Ran All The Way Ahead And Stood Alone 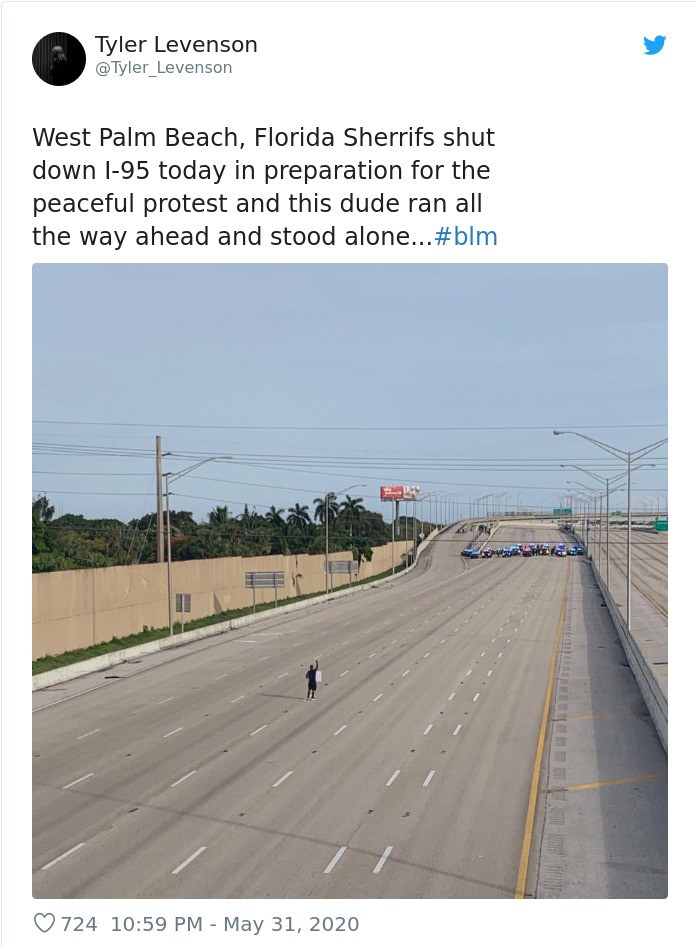 When it comes to taking photos and videos at the protest, as long as it’s a public space, you’re free to do so. Emerson Sykes, a staff attorney with the ACLU’s Speech, Technology and Privacy Project, who studies free speech protections under the First Amendment, told Mercury News that you have the right to take photos and videos of what’s happening at a protest in a public place. You are able to record police, too.

Another good tip from Sykes is to “memorize or write on your arm the number to a local or national law organization that could assist you in getting out of jail,” because you never know if you’re gonna need legal help or in case you get arrested.

10. Outside Of The Norfolk Va Pd Today. 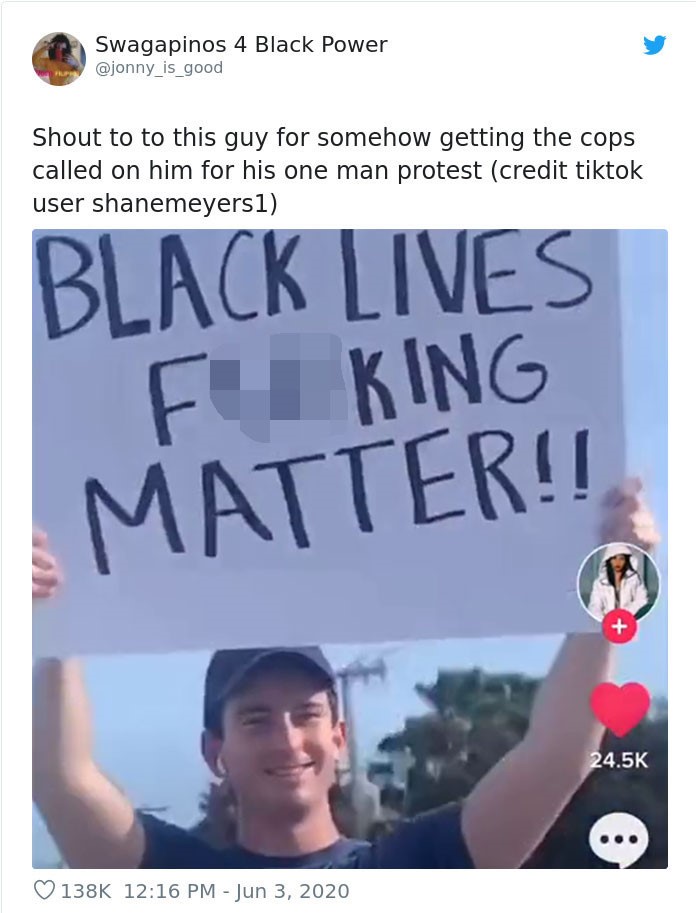 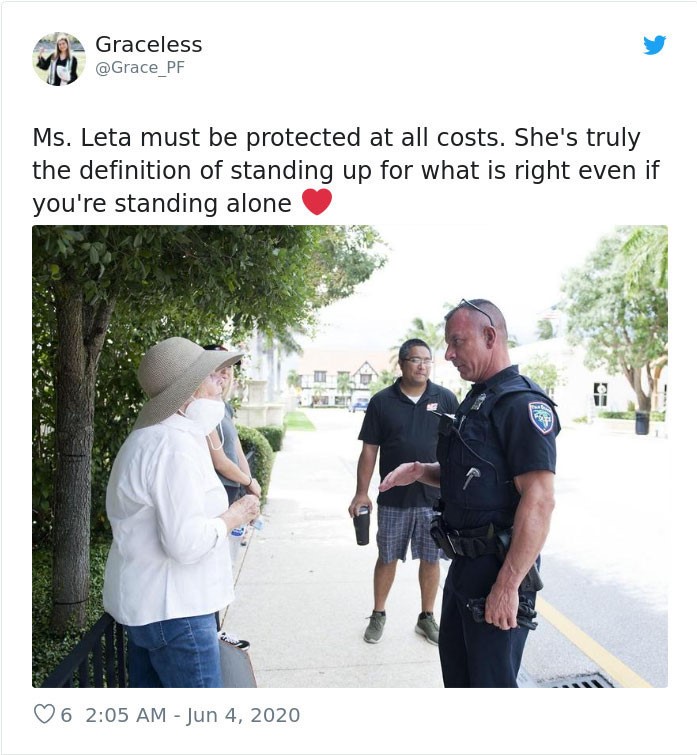 12. Was Driving Through Enterprise Alabama Yesterday And Spotted This Lone Protester At The City Hall. 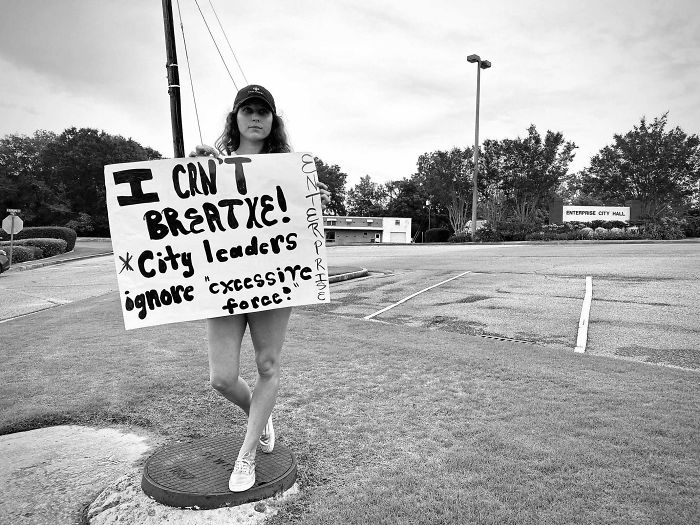 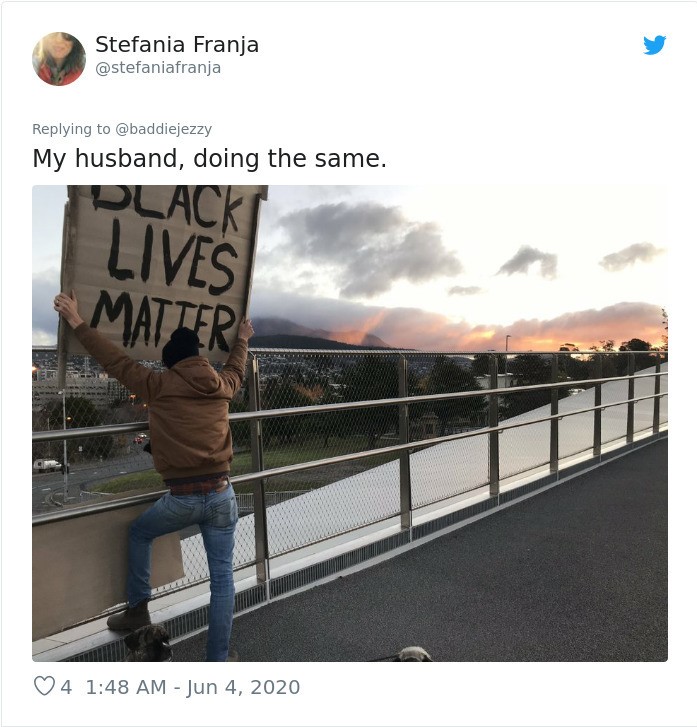 15. It’s Not Much Of A Protest, But It’s The Best I Can Do Right Now. Sitting Outside Past “Curfew” 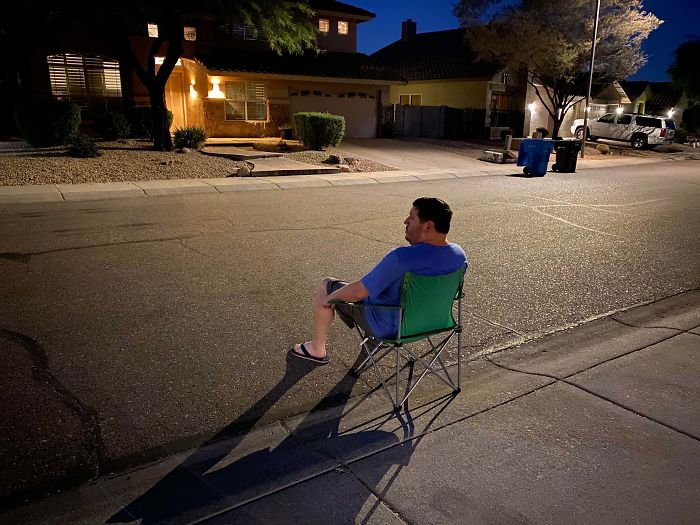 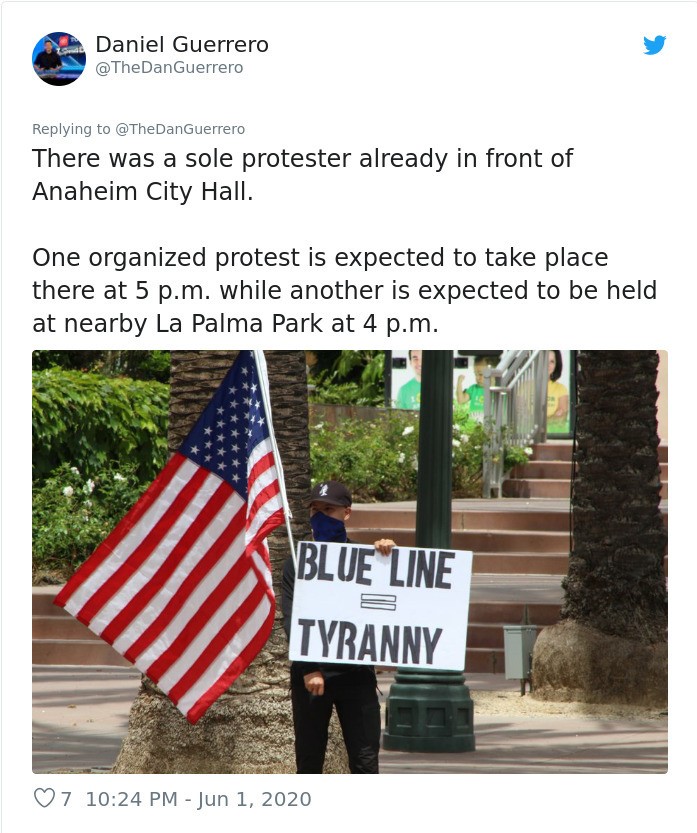