This is the heartwarming moment a pet dog laid with his owner after the man fell from a tree and injured his back.

Jesus Hueche, 28, from Argentina, was pruning a tree out the front of his house in the city of Bahia Blanca when he slipped and fell 6ft on to his head on Saturday.

“One day we saw him on the street and adopted him, gave him love, food, and is part of our family,” he said. “For me, he’s like a son.” Tony clearly loves Jesús right back, and he showed it when Jesús got hurt.

Jesus Hueche, 28, from Argentina, was protected by his pet dog Tony when he fell 6ft on to his head while pruning a tree outside his house at the weekend 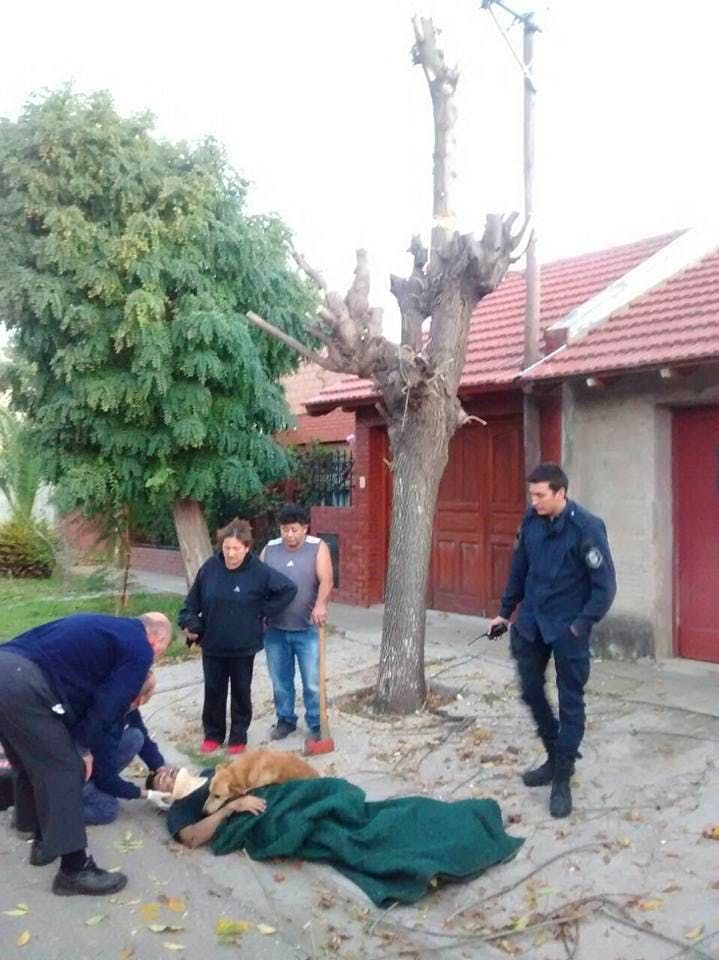 The faithful animal remained by his owner’s side while neighbors, who had fortunately seen the accident, called for an ambulance.

Even when paramedics arrived, Tony refused to get away from Mr. Hueche, barking and baring his teeth at the ambulance workers.

Eventually, the doctors managed to convince the worried canine that they were there to help, and put Mr. Hueche in a neck brace.

Images taken by the ambulance crew show Tony laying on top of his owner, and even trying to climb into the ambulance as they take him to hospital. 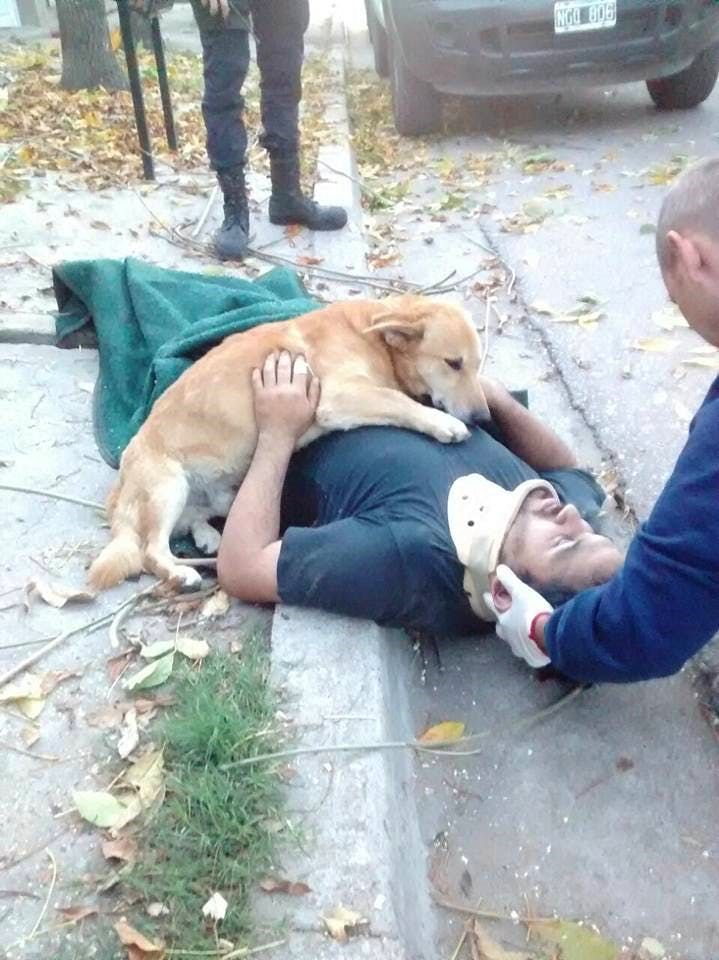 Medics posted the pictures on social media, where they quickly went viral.

After arriving at A&E, scans revealed that Mr. Hueche had escaped serious injury, with swelling to his neck and a minor head wound.

Speaking to local media after the accident, Mr. Hueche said Tony has been ‘like a son to me’ ever since he adopted him off the street.

He said: ‘He goes everywhere with me and lies in my bed until my partner takes him out. One day we saw him, gave him love, food, and he is now part of our family.’

Tony laid on top of Mr. Hueche, nuzzling his face and chest, and even tried to scare medics away until he realized they were there to help his injured owner 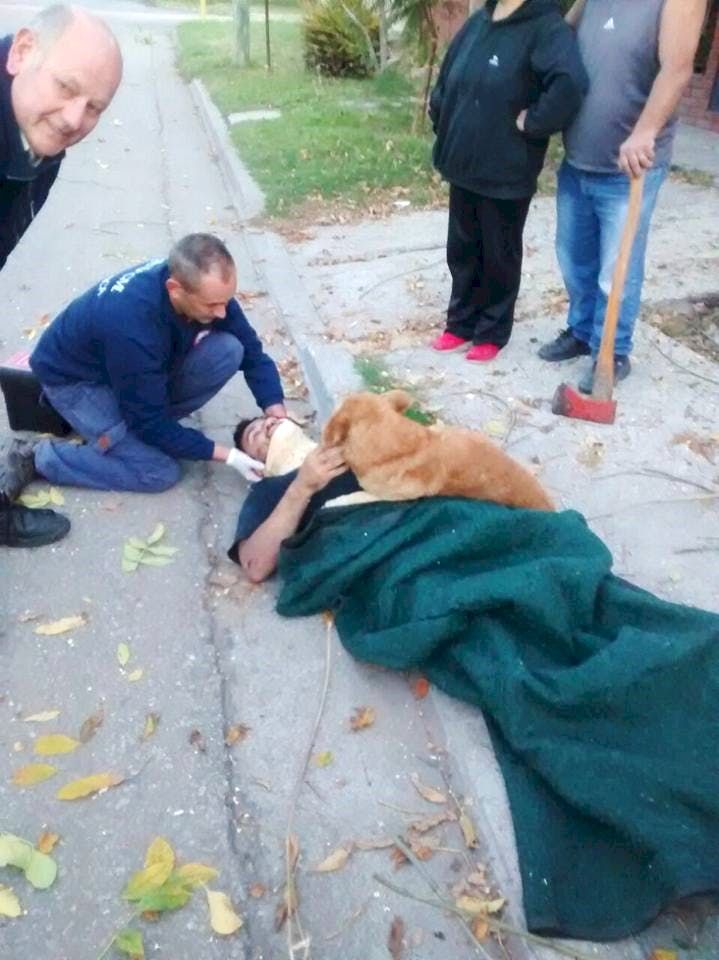 Mr Hueche said Tony has been ‘like a son’ to him since he adopted him off of the street, and often tries to sleep in his bed until his partner kicks him out 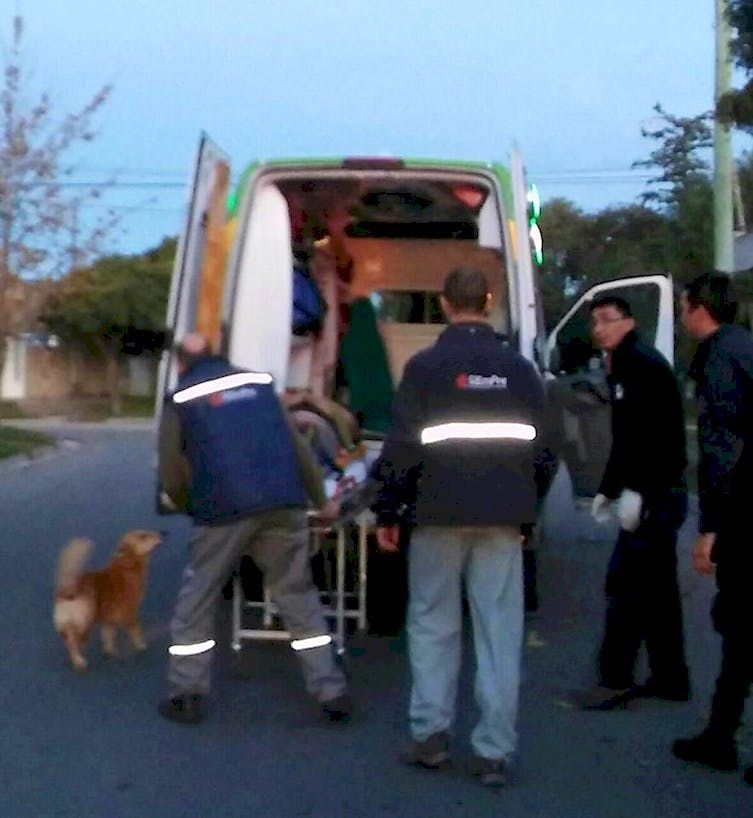