Wine-lovers everywhere, pick your jaw up from off the floor. Yes, you read that headline correctly. A vineyard in Italy became the first place in the world to install a 24-hour fountain serving wine instead of water – and it won’t cost you a euro.

The fountain was installed in Ortona, Abruzzo, an Italian town south of Rome that’s known for its red Montepulciano wine grapes. People have been making wine in the region since the sixth century B.C. 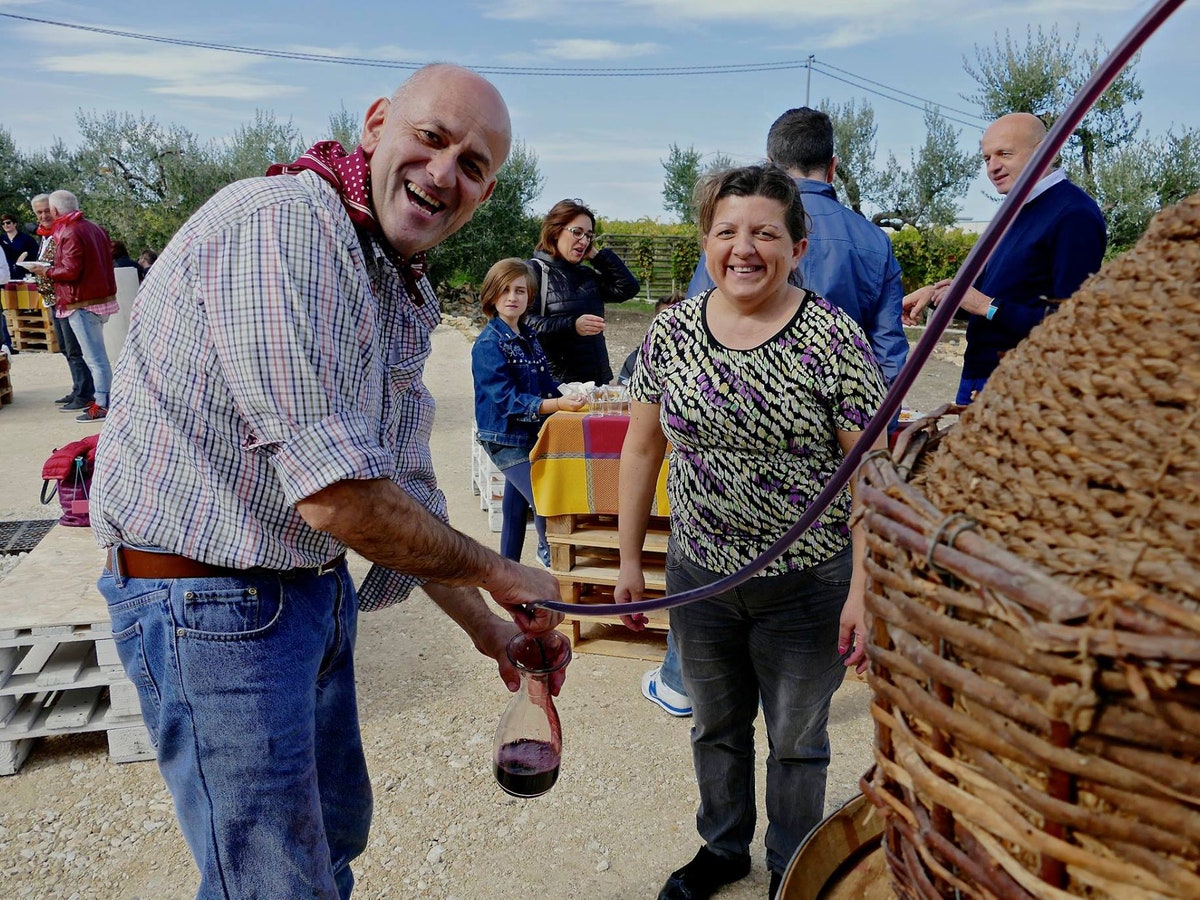 Edwards explains that the wine fountain came out of a collaboration by a winemaker called Dora Sarchese Vini and an organization that promotes a popular pilgrimage route called the Cammino di San Tommaso or the “Way of St. Thomas.” The 196-mile pilgrimage connects historical churches and abbeys and is popular with Roman Catholic visitors who walk the entire path on foot from Rome. In Ortona, the Basilica of St. Thomas the Apostle holds what are said to be the remains of Saint Thomas himself, who was an apostle of Jesus.

This 24 hour-seven day a week “Fontana del vino” was installed by the Dora Sarchese vineyard, a winery in nearby Ortona. There’s no catch or gimmick, the vineyard owners explained. Nor is the fountain for “drunkards” or “louts,” they noted on the vineyard’s Facebook page.

They simply wanted to provide a service that had been previously unheard of in Italian history, according to The Local. 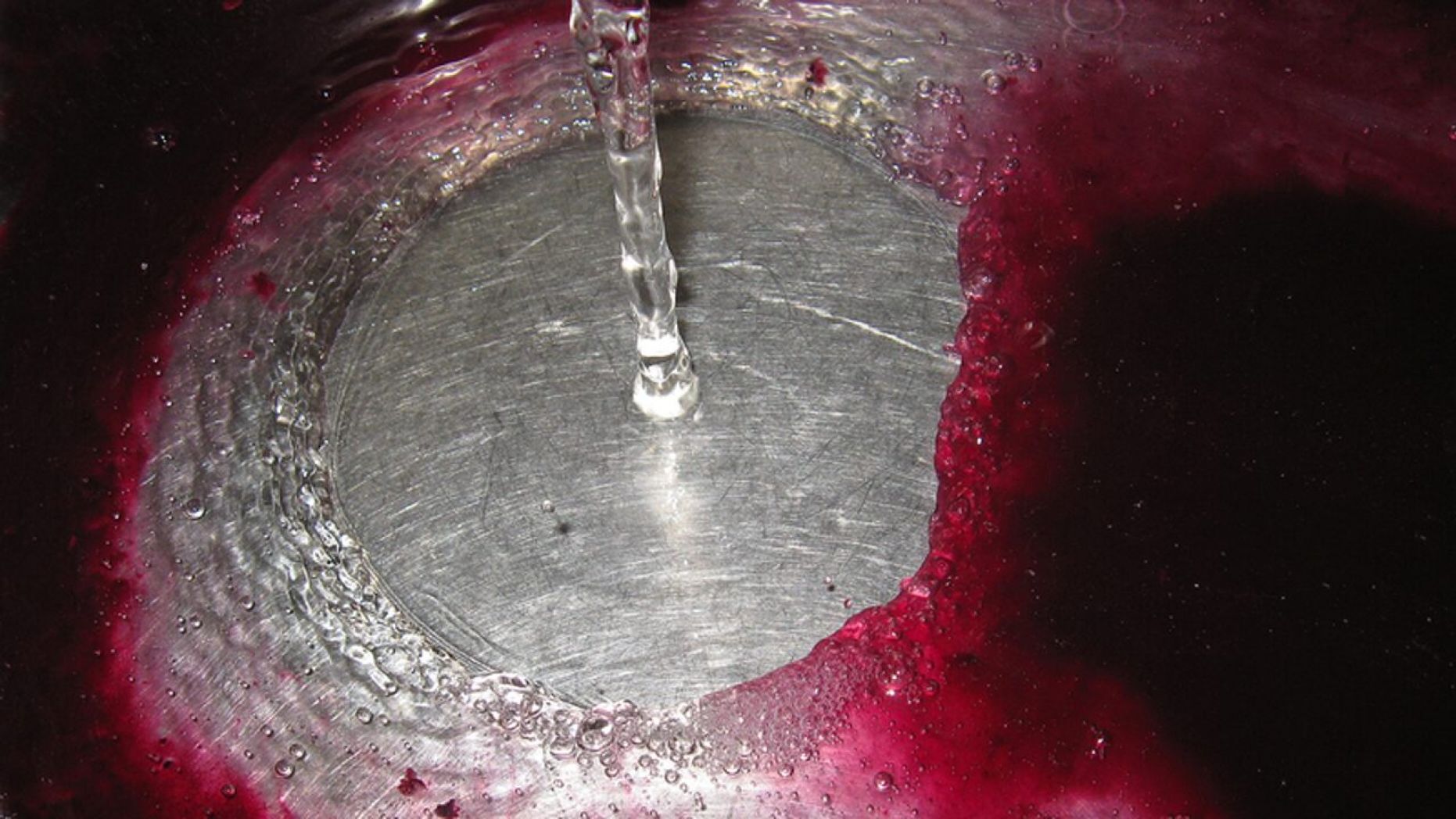 Amazingly enough, Italy isn’t the only place that has served wine for free 24/7 from a fountain. In Spain, there’s a wine fountain (also serving red wine) to pilgrims on another religious path—and a webcam to let far-flung fans of free vino watch people fill up their bottles. And Europe itself has a rich history of free wine, from a Venetian wine fountain for employees of a shipyard in the 1630s to a tradition of making wine flow through water conduits in the English court of the 1500s.

Of course, there are other fountains all over Italy. Rome alone boasts over 2,500 public fountains, or nasoni (big noses), which pump out water for one and all. But Ortona’s free-flowing wine gives another meaning to public refreshment.

Glass empty again? Consider a trip to Belgium, which now has a two-mile-long beer pipeline that pumps over 1,000 gallons of ale per hour throughout the city of Bruges. Okay, the project doesn’t send beer directly into people’s houses, but it’s enough to make some thirsty travelers start rooting around for their passports. The cities of Europe may not all flow with beer and wine yet, but between wine fountains for religious pilgrims and beer zipping beneath the streets of Bruges, things are off to a sloshy start. 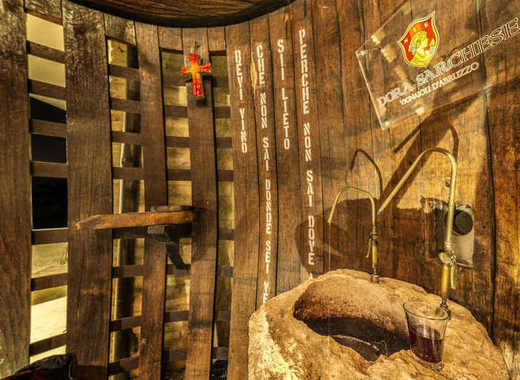 Until now, wine fountains in Italy had only been used for holidays and special occasions. One of the most famous is in Marino (just south of Rome) where white wine rather than water flows from the public water fountain taps for an hour during the city’s annual grape festival.

This is the first known fountain to distribute free wine all day, every day.