We’ve been thinking that coronavirus has brought nothing but trouble, we’ve got some good news for you. Since people are traveling less and staying home more, the pollution levels in big cities have dropped dramatically. We’ve talked about decreased pollution levels in Italy and India, and now even more countries are reporting the same thing.

Below are some before and after photographs that show how global lockdown has cleared the skylines. 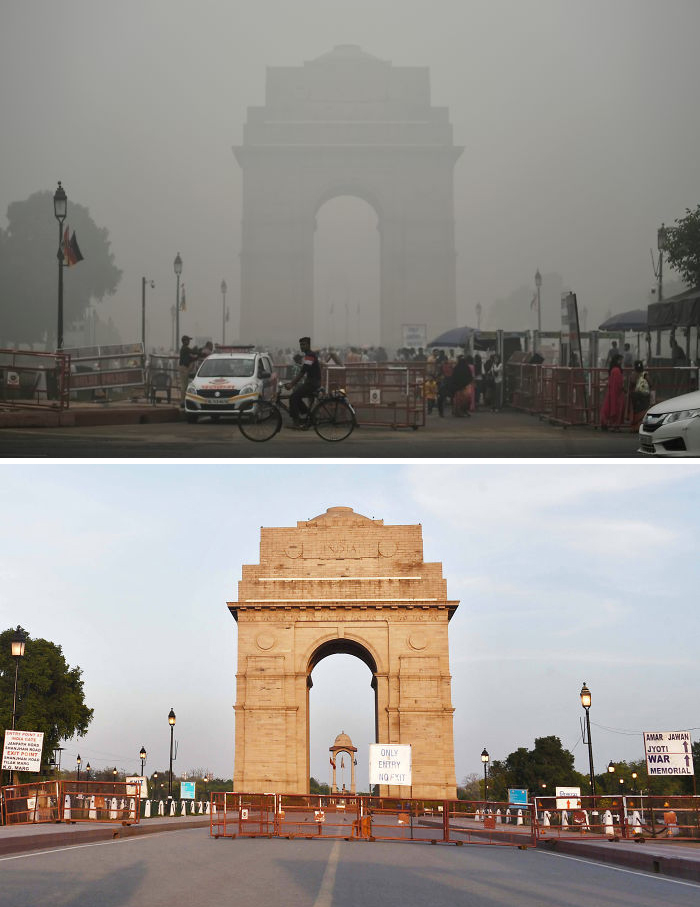 Here see the India Gate war memorial in New Delhi on October 17, 2019, compared to a picture taken 21 days after a nationwide lockdown has been announced 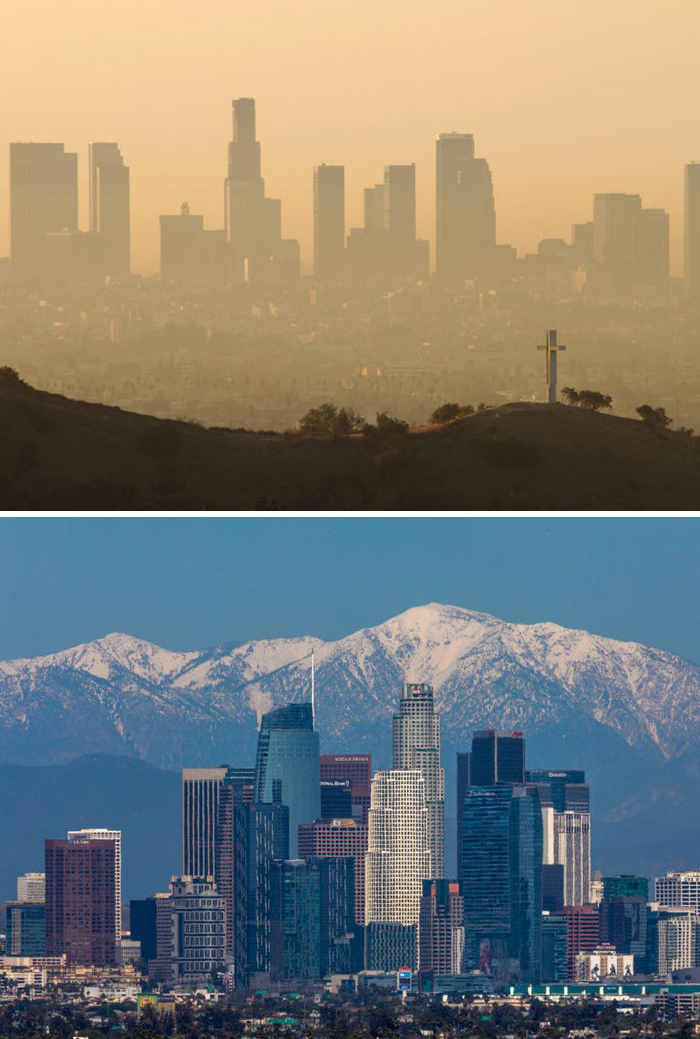 LA is widely known for, it’s its smog. And this lockdown has reduced traffic and fewer planes have improved air quality significantly. 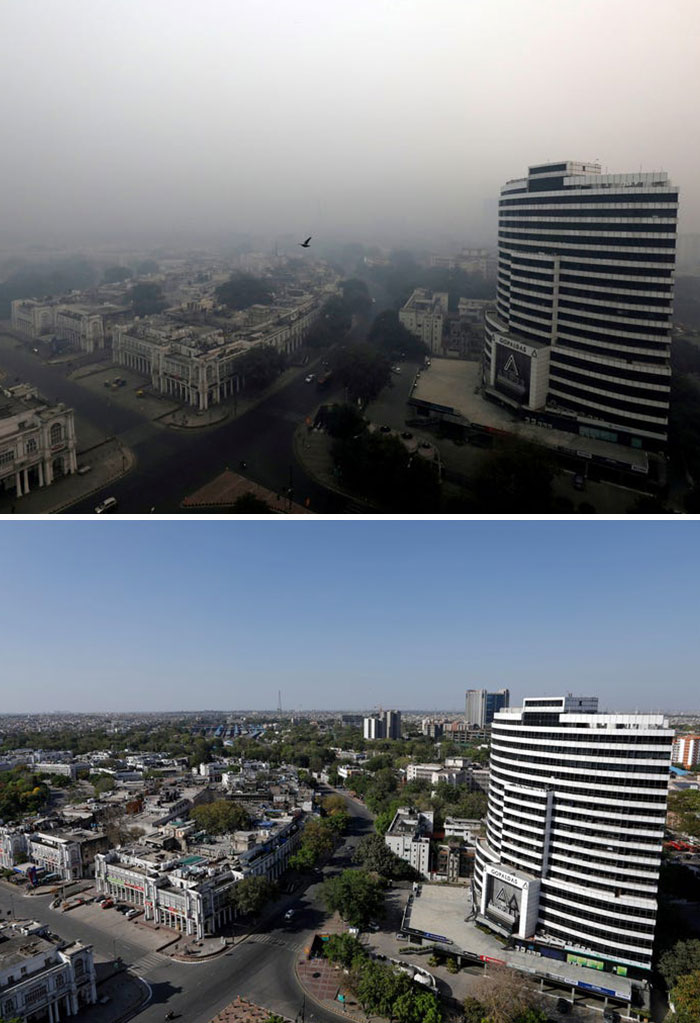 The first picture was taken on November 8, 2018, and the second one the bottom was taken this year on the 8th of April. 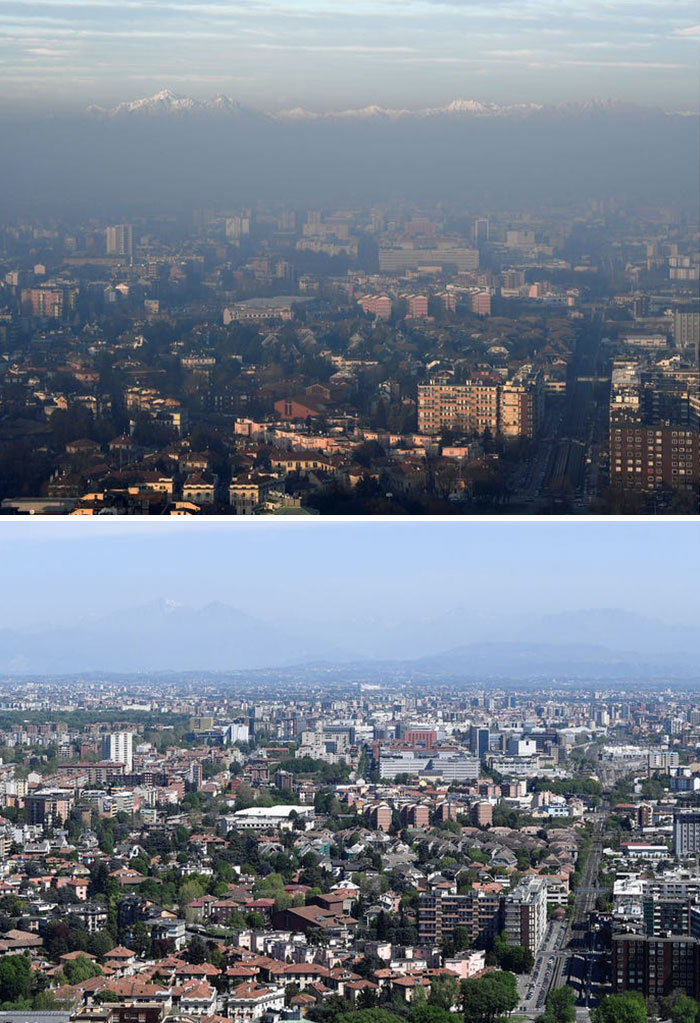 According to the BBC, Milan is one of the most polluted cities in Europe. This lockdown has caused the smog to clear up. The second picture was taken on April 17, 2020, and the first one just 4 months before. 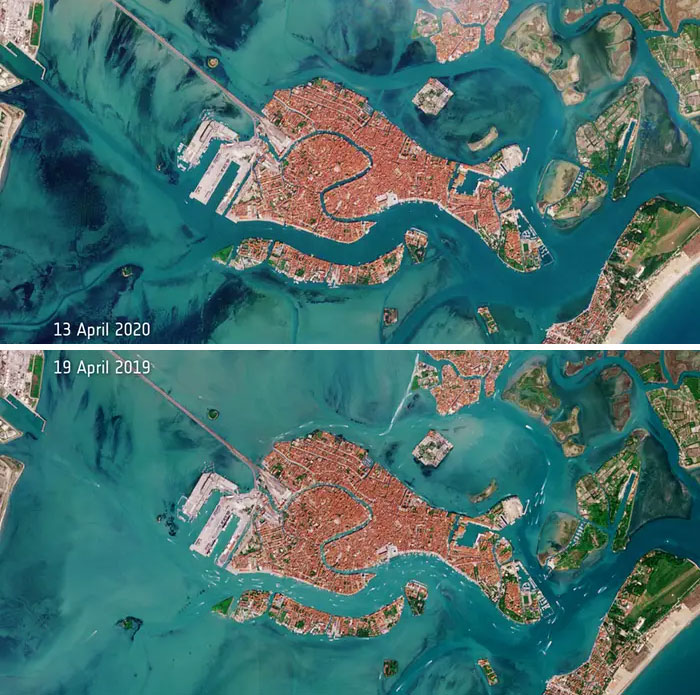 The satellite has captured photos by the Copernicus Sentinel-2 mission you can clearly see that the reduced boat traffic has caused Venice’s canals to clear up. 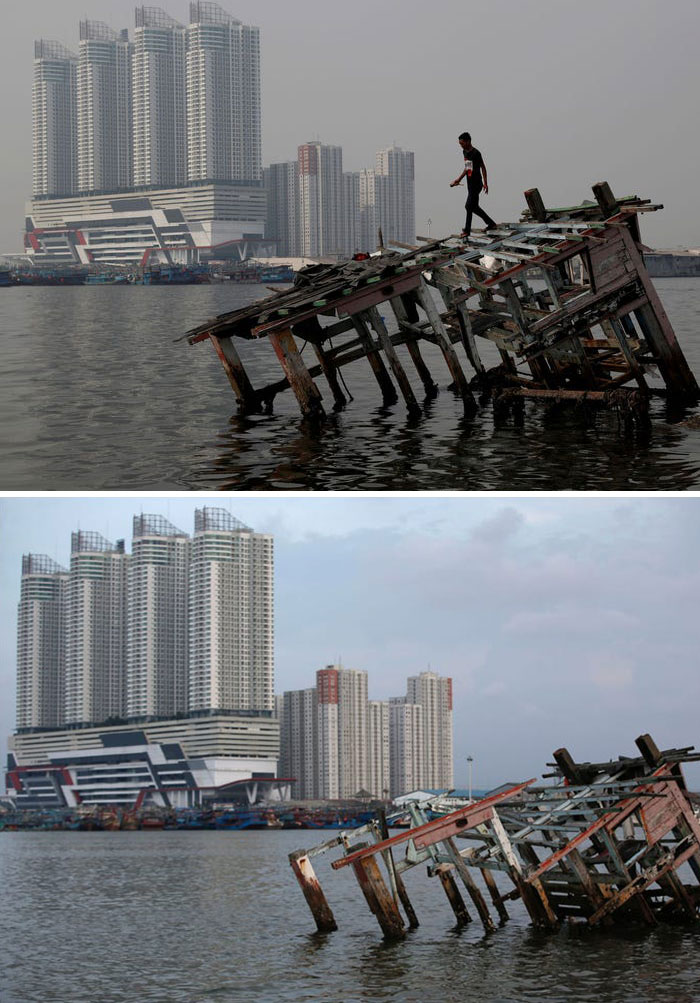 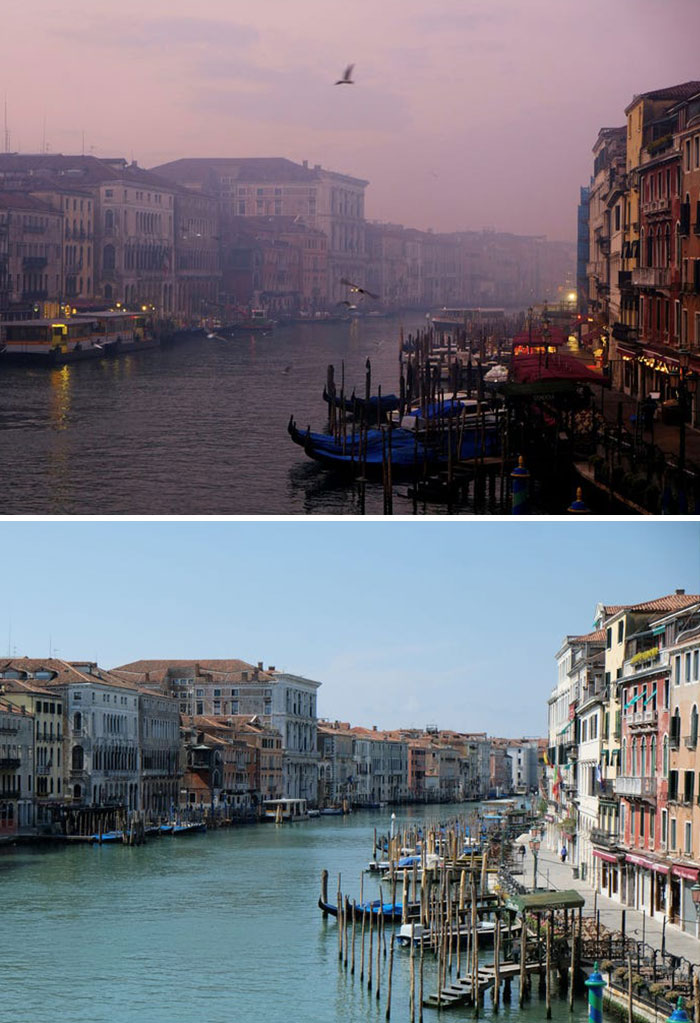 In an interview with CNN, Venice mayor’s office reported that reduced levels of boat traffic have caused the sediment to stay at the bottom of the canals. 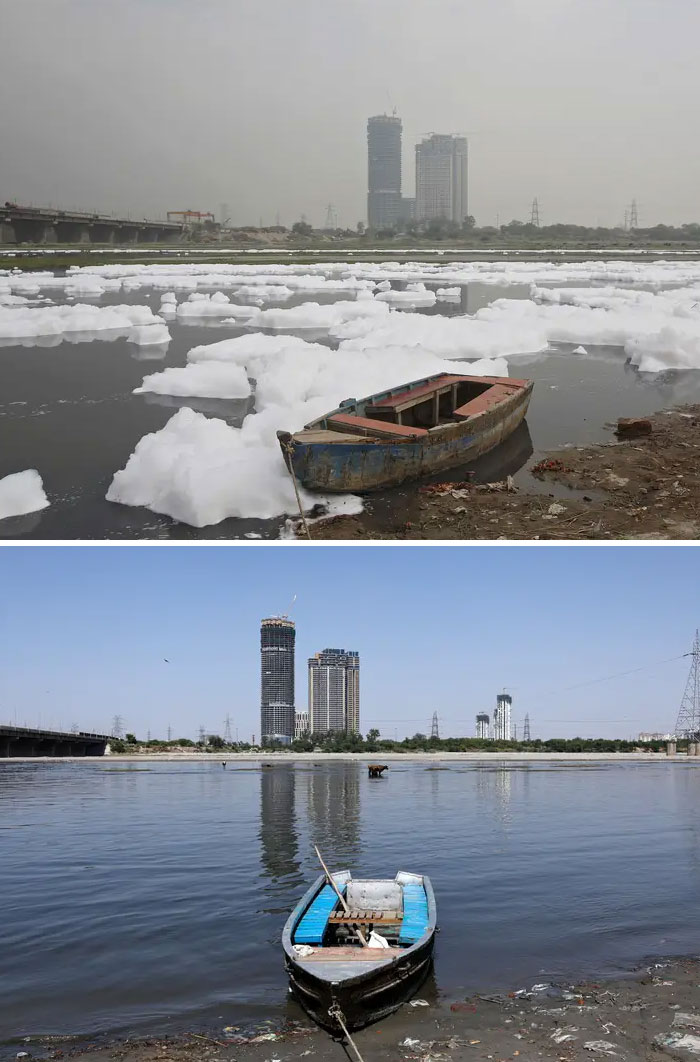 14 of the 20 most polluted cities in the world are located in India. The water of the Yamuna River in New Delhi has cleared up significantly since the lockdown. The top photo was taken on March 21, 2018, and the bottom one was taken on the 8th of April of this year. 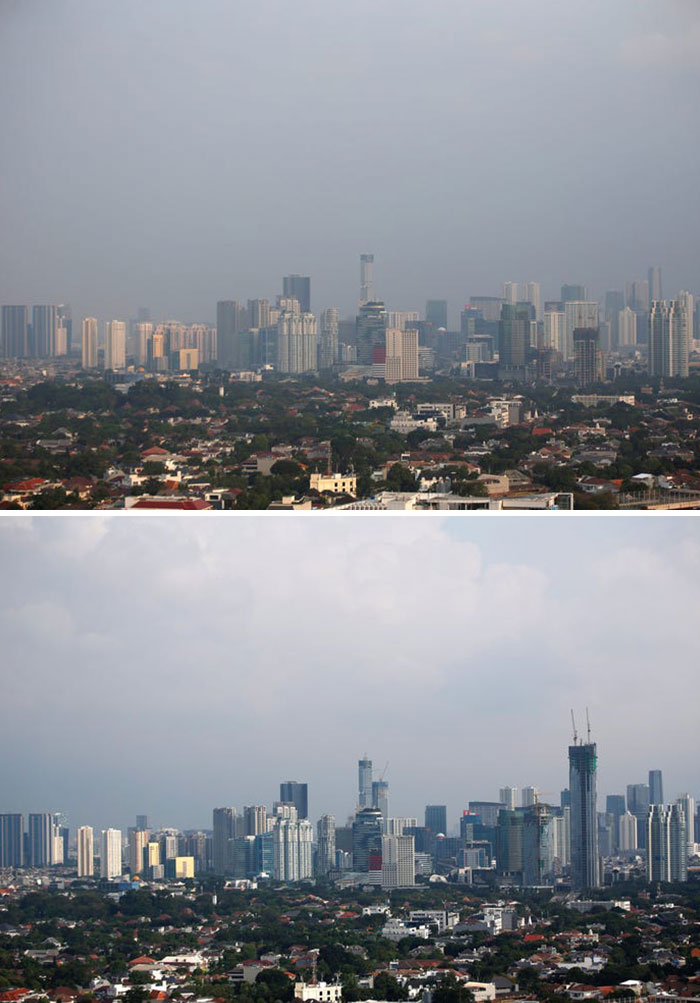 The Jakarta city was named the fifth-most polluted capital in the world back in 2019. Since March, the pollution levels have dropped quite a bit. The first photo was taken on July 4, 2019, and the second one on April 16, 2020. 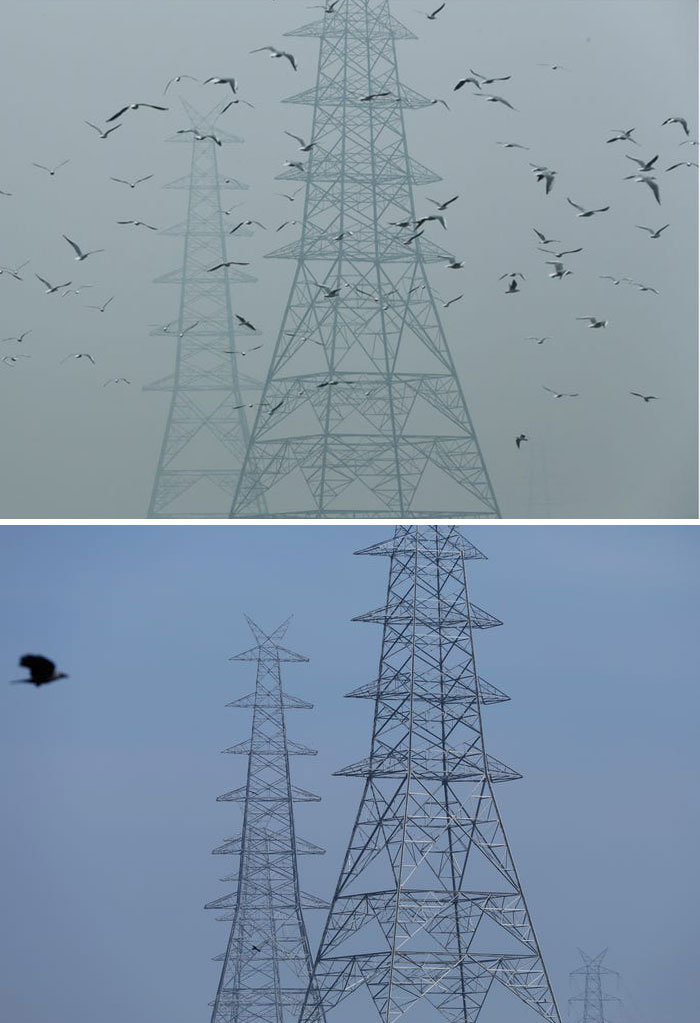 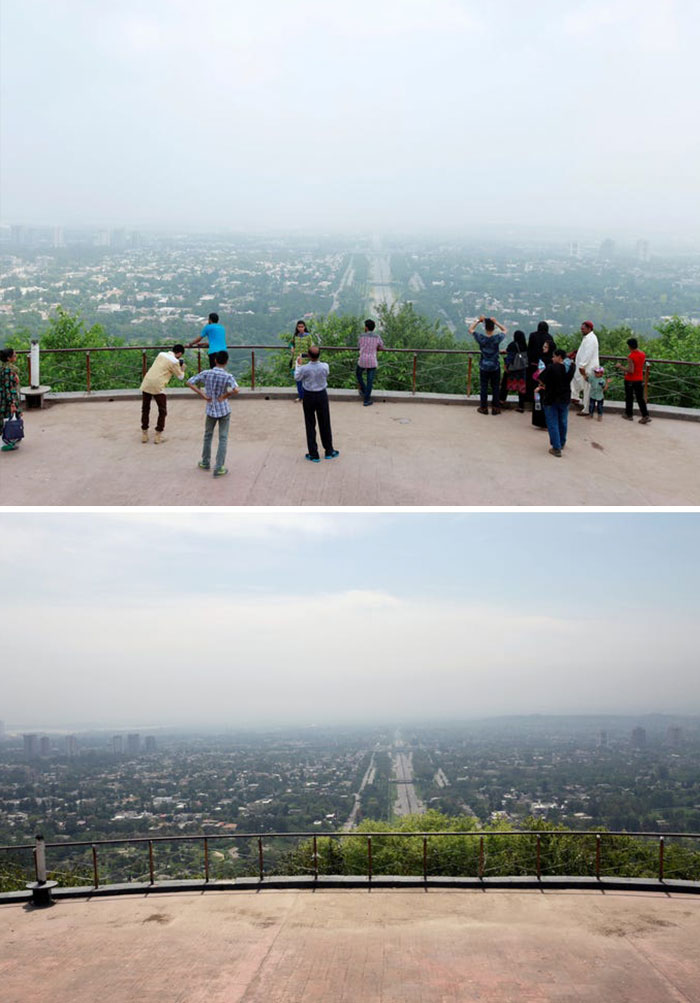 On the 2nd of April Dawn reported that Islamabad’s air quality was dropping. And ever since the lockdown, it seems to have been improving. The first photo was taken on August 3, 2017, and the second one was taken just a few days ago, on the 20th of April.