A lakeside view can truly be special. Along these bodies of water, you’ll find the kind of lake towns that have all but single-handedly rendered the word “quaint” a cliche. They’re the stuff of vacation dreams, even if right now dreaming about them is the closest we can get: Idyllic little slices of fudge-fueled paradise where everybody from pontoon-bound revelers to quiet beachcombers finds common ground on the sand.

Here are 15 of our favorite towns for a lakeside getaway. No sharks. No riptides. Just heaven on calm waters that will be waiting for us whenever a weekend getaway becomes a viable option again. From nature preserves to boating fun lands, these still waters around the US beckon with stunning scenery. 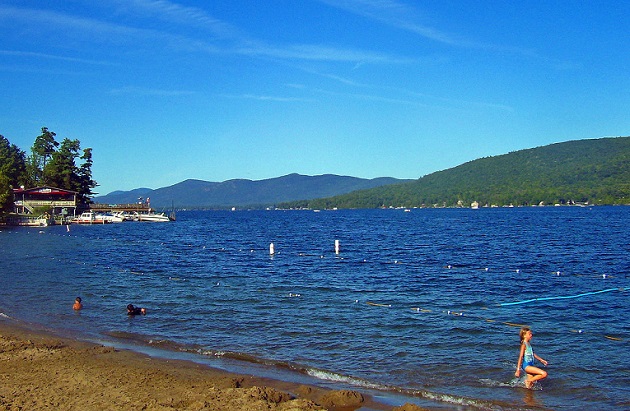 Lake George, a.k.a. The Queen of American Lakes is nestled in at the base of the well-known Adirondack Mountains in the northeastern section of New York state. It’s a narrow, long, oligotrophic lake. It drains into the St. Lawrence River drainage basin and Lake Champlain.

The number of people who live there all year is relatively small. The number of residents in the summer, however, is over 50,000. So if you want to avoid crowds the best time to visit is not summer! 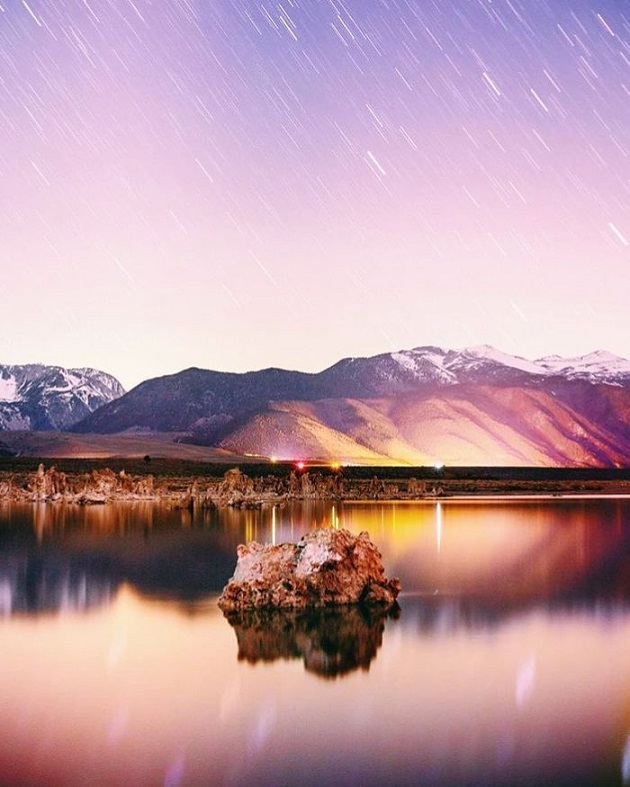 You will find Mono Lake in Mono County, California. It is a saline soda lake. Researchers say this desert lake was formed more than 760,000 years ago as “a terminal lake in an endorheic basin.”

It has no outlet so this causes a lot of salt to accumulate there. The salt also makes the water there alkaline. The ecosystem here is surprisingly productive. The lake provides a habitat for 2 million migratory birds every year that eat the alkali flies and shrimp living there.

The famous Great Salt Lake is situated in the northern portion of Utah. It’s the Western Hemisphere’s largest saltwater lake. It’s also the world’s eighth-largest terminal lake.
On average, this lake spans an area of roughly 1,700 square miles. The lake fluctuates in size due to its significant shallowness. Its recorded size has fluctuated from 950 square miles in 1963 through 3,300 square miles in 1988. 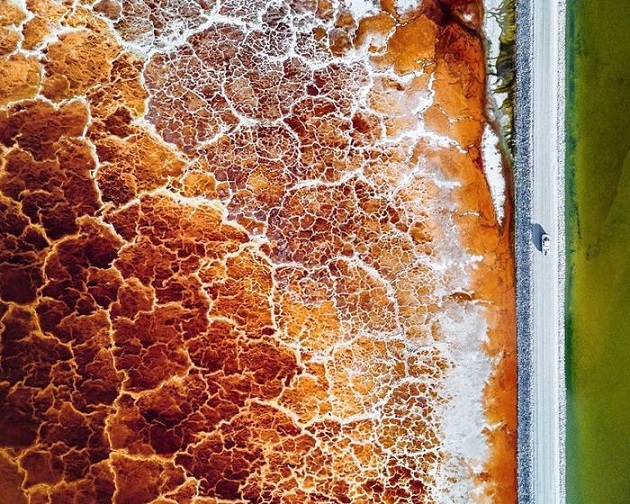 You’ll find Owens Lake in the Owens Valley. It’s on the eastern side of the famous Sierra Nevada almost five miles south of Lone Pine in California. Owens Lake is a mostly dry one.

Owens contained a significant amount of water until some time in 1913. It was then that the majority of the Owens River was intentionally diverted into the Los Angeles Aqueduct. This caused the lake to desiccate by 1926. At press time, some of the river’s flow has been restored so the lake has a little water. 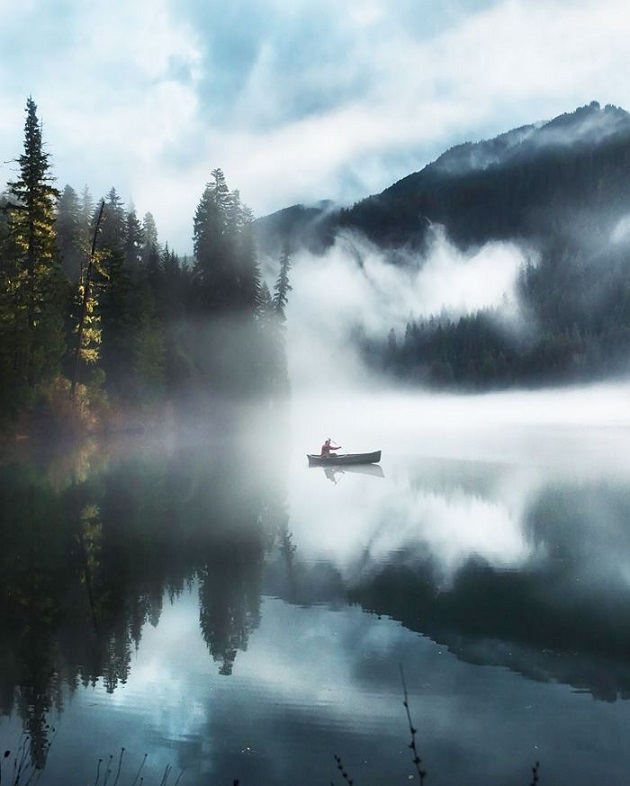 The Alpine Lakes in the Pacific Northwest is part of a large wilderness area found in the well-known North Cascades mountain range, in the northern section of Washington state. Those who have been, report there are a number of notable lakes there in the wilderness. They are Snoqualmie Lake, the Enchantment Lakes, Melakwa Lake, and Mason Lake. Online sources confirm that the entire Alpine Lakes Wilderness is managed by the Okanogan-Wenatchee National Forest in the east and the Mount Baker-Snoqualmie National Forest in the west. 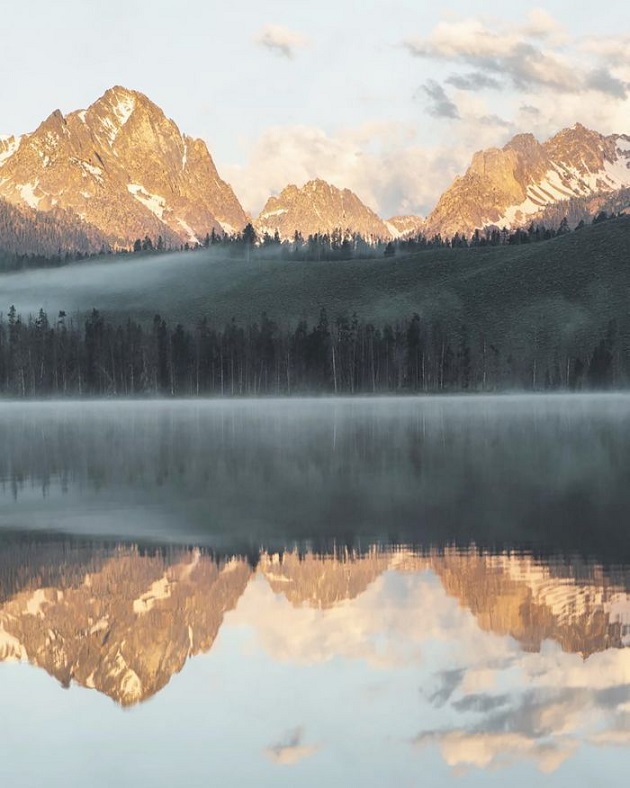 Redfish Lake is located near Stanley, Idaho. More specifically, this alpine lake is situated at the very base of the Sawtooth Mountains found in Custer County, a bit south of Stanley. The lake was originally named after the sockeye salmon that used to return from the Pacific Ocean in such great numbers that during spawning season the water itself appeared to turn scarlet. Today only a small number of the salmon manage to navigate through the hydroelectric dams along the route back to spawn there. 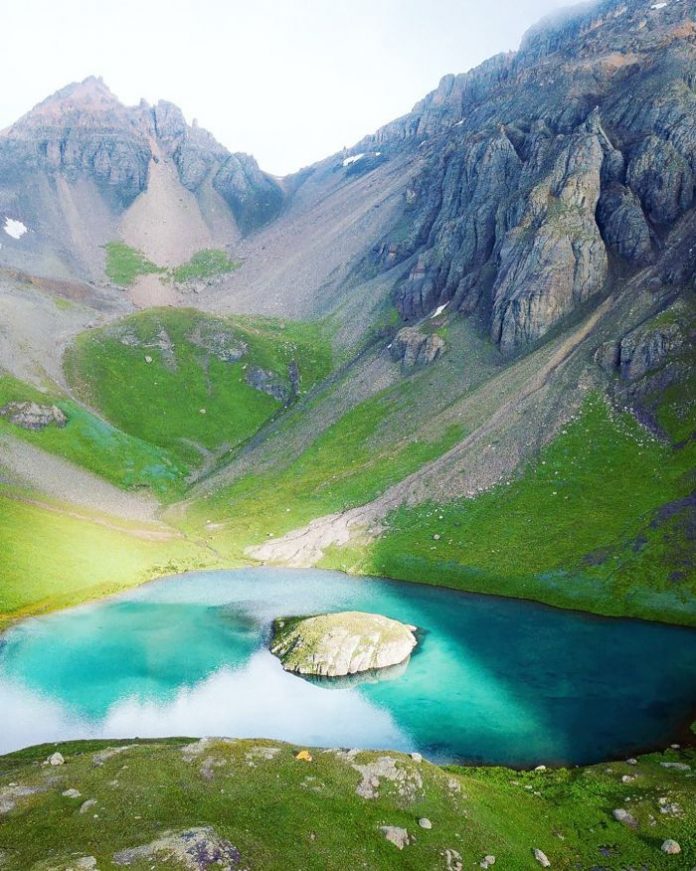 Breathtaking Telluride is ensconced within the stunning San Juan Mountains in Colorado, is about as and exciting as it gets. Visit the many mountain springs. Be sure to see the Blue Lakes, Hope Lake, Island Lake, Navajo Lake, and Silver Lake. After seeing all the pretty green and blue lakes, be sure to stop in at the charming town center. Stop in the chophouses, the gourmet eateries, and the saloons too. 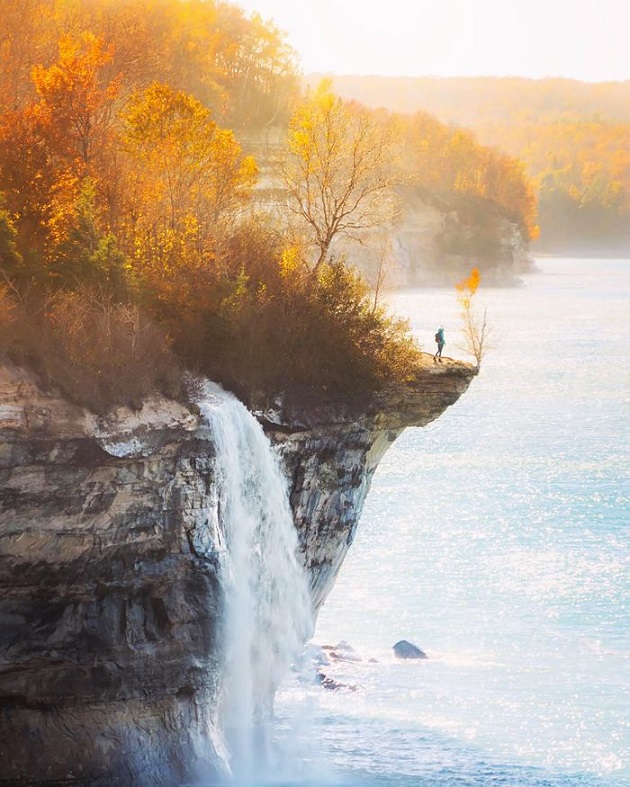 Lake Superior in Michigan is best visited during the fall. For it is then that the nearby foliage is a virtual rainbow of warm colors. Lake Superior is famous for being the largest of all the Great Lakes. In the southeast area of the lake, you will discover popular Spray Falls. Specifically, it is situated in the little town of Munising. The crystal-clear blues and turquoise water looks as if it came from the Caribbean. 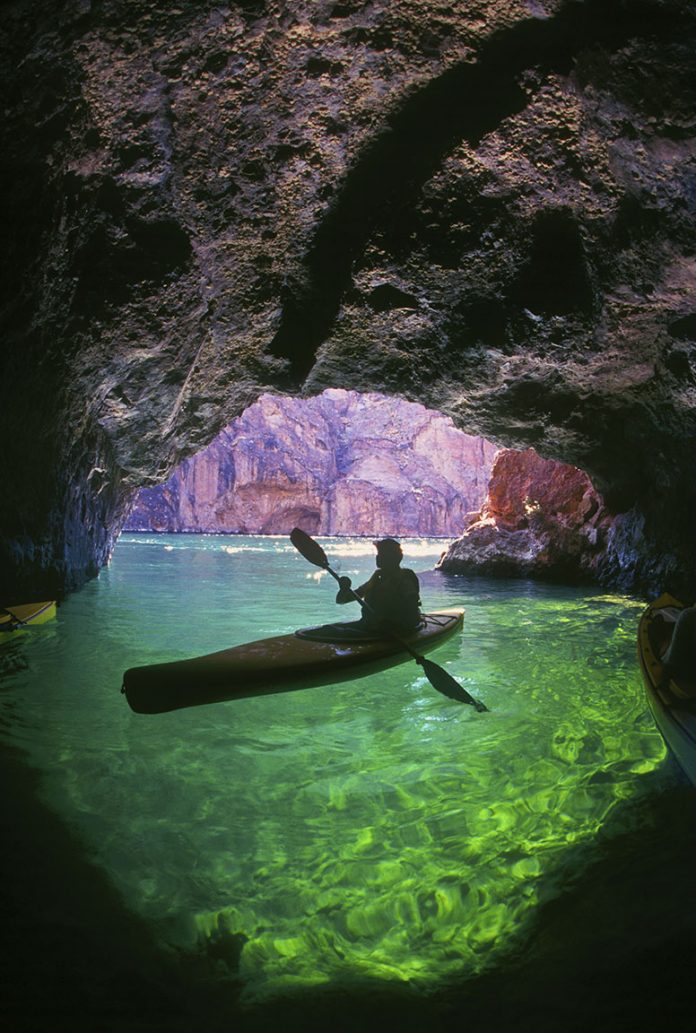 Lake Powell straddles the border of Arizona and Utah. It’s a reservoir on the mighty Colorado River. Veteran visitors say you simply must visit it at least once in your lifetime.

It is pristine and truly looks as if it is untouched. Be sure to take some time to see the Rainbow Bridge, too. It is one of the world’s largest naturally occurring bridges. And you can swim in it, which is hard to believe since it looks so pristine and untouched. 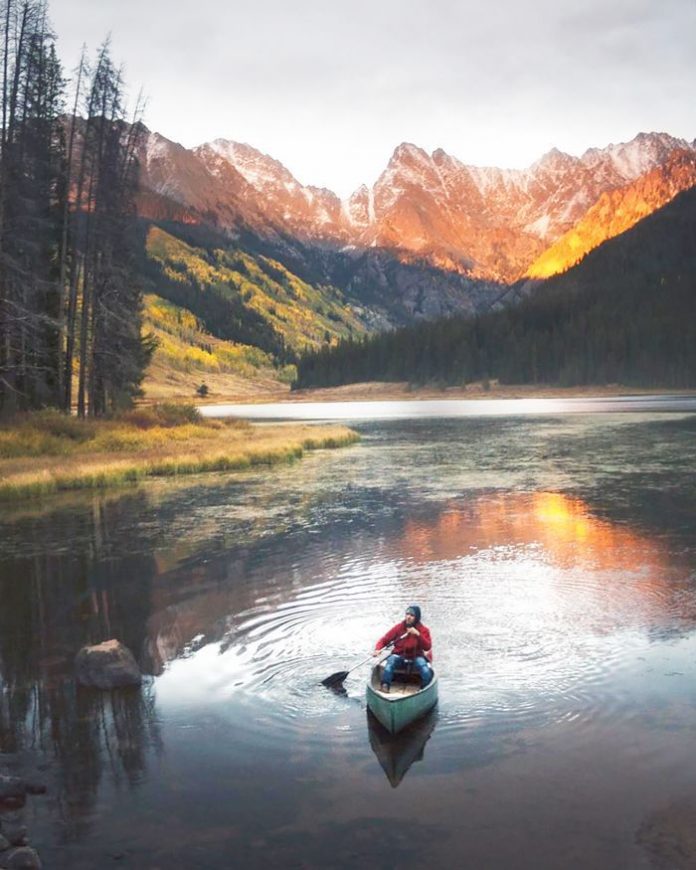 Vail, Colorado is a quaint mountain town with a European feel. Built to resemble a European mountain resort, it is said by some travel bloggers to look like a pedestrian-friendly village square complete with restaurants and boutiques. Visit in the summer and you can go canoeing in the numerous surrounding lakes such as Booth, Gore, or Piney Lake. You can go hiking and ride the gondolas and take in the mountain views and in the winter ski the back bowls. 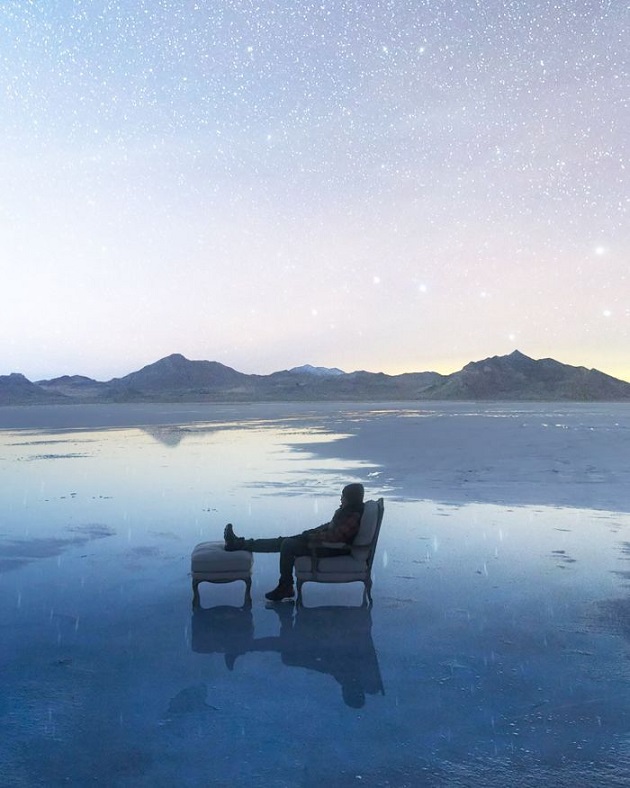 Salt flats (a.k.a. salt pans) aren’t meant for swimming but are worth a visit nonetheless. The Bonneville Salt Flats are the largest ones you can find west of the famous Great Salt Lake. In prehistoric times, this was a big lake.

If you visit in the winter, the pan actually contains almost one inch of water. It gives it a glassy, ethereal look. Scenes from many motion pictures are shot here specifically because of its intense, otherworldly sheen.

12# The Lakes in Yosemite National Park 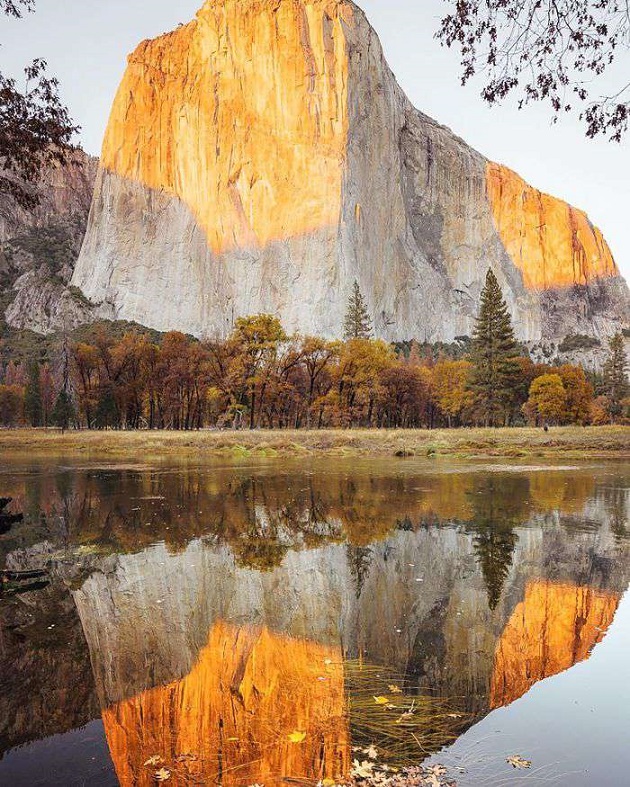 Yosemite National Park in California has many lakes, reservoirs, and even rivers. This is the place to unplug as they say. Camp and hike near the lovely lakes and waterfalls.

The most accessible of these lakes is Tenaya Lake. Here you can go canoeing, swimming, have a picnic or simply hang out. Mirror Lake is said to be one of the park’s most beautiful lakes due in part to the way it so clearly reflects Mount Watkins and Half Dome. Don’t forget to see Half Dome and Glacier Point either. 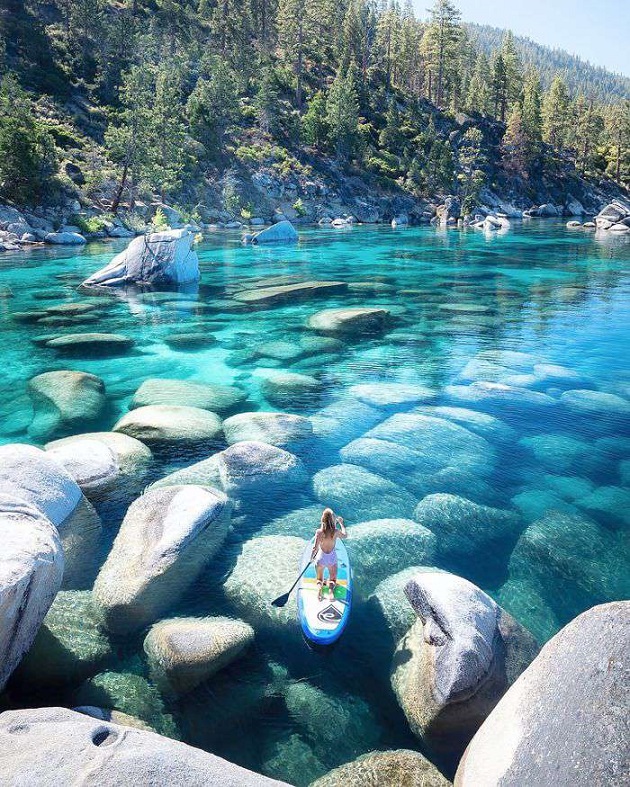 Lake Tahoe is located on the state line between California and Nevada. Visit whenever you wish as this crystal-clear lake and neighboring mountains are beautiful at any time. If you’re into skiing then visit in the winter. If you’re a fan of water sports then summer is best.

You can go rock-climbing and hiking here too. Finally, once you’ve worn yourself out, you can relax in one of the four main towns around this lake. They are Incline Village, Stateline, South Lake Tahoe, and Tahoe City. 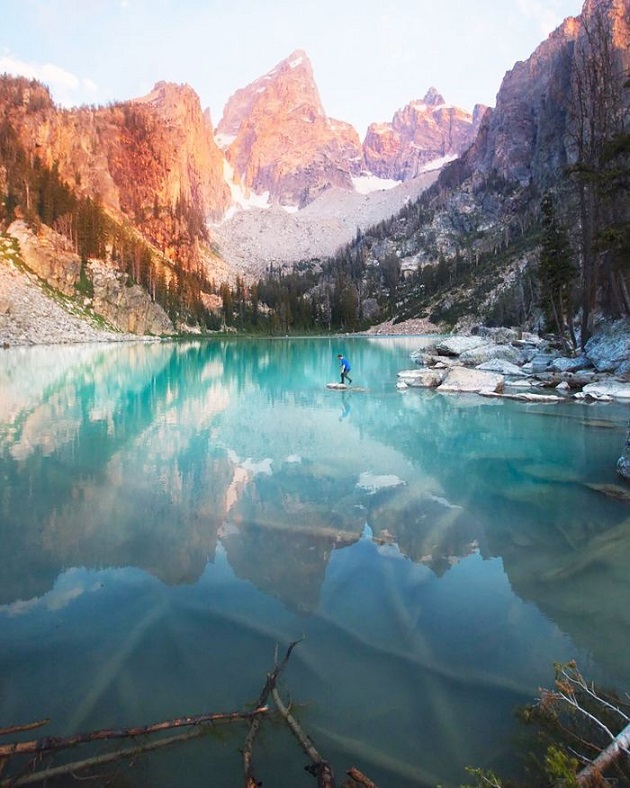 Grand Teton National Park in Wyoming is one of the nation’s best wilderness reserves. Some say it’s due in part to the beautiful lakes there. The prettiest one is perhaps Delta Lake which has its own unique opaque turquoise hue. The color is the result of a specific rock flour that is a product of the Teton Glacier. You should visit the northern area too which is perhaps best known for the luxurious mountain resort town named Jackson Hole.

15# The Lakes in Glacier National Park 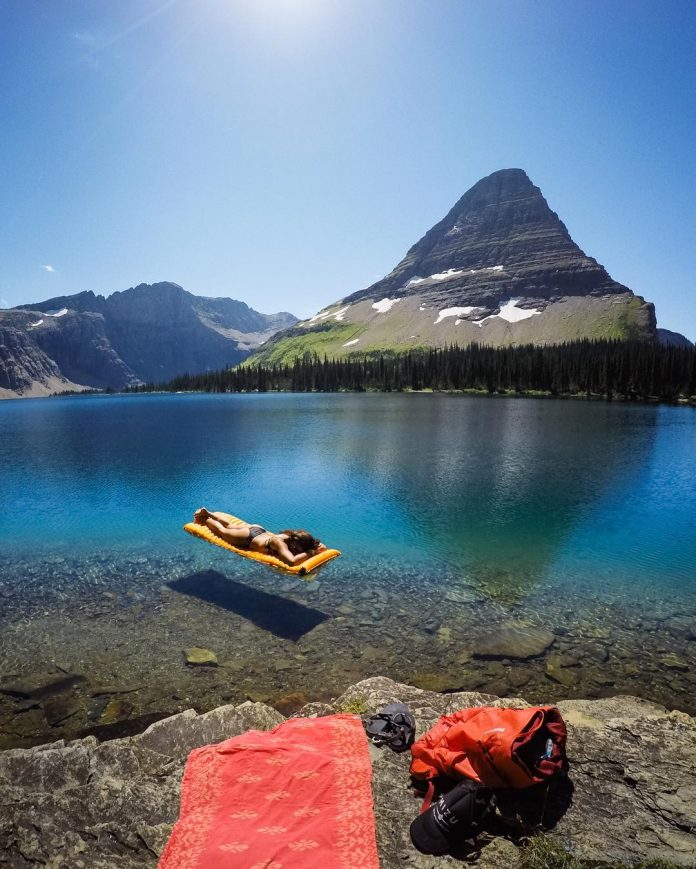 Glacier National Park is located in Montana on the border between the US and Canada. Here you’ll find several worthy lakes including the largest, McDonald Lake, Grinnell Lake, Saint Mary Lake, and Swiftcurrent Lake. This is also reputed to be one of the best spots in the country for backpacking and backcountry hiking. The park’s stunning wilderness also includes cozy lodges, glacier peaks, and verdant valleys. Stop in at the nearby resort town of Whitefish, too.

"I’ve Lived in Brazil for 6 Years, and Here Are 10 Curious Things That Surprised Me" Previous post
Must-See Scenic American Road Trips For Every Decade of Your Life Next post