If you’re a fan of animated movies, probably you know a lot about them, but here’s a fun fact you might’ve missed. Animated movies sometimes get small localized changes made to certain scenes so they fit into a particular country’s cultural context much better. Small changes like this are made to help bring a film’s message far better, and it helps us see different cultures and countries. To do these changes it requires a lot of work, but being flexible in how certain scenes are handled makes the international audience more involved.

Disney and Pixar director Pete Docter told Tech Insider that  the team wanted to make the ideas and emotions work for an international audience, not just a domestic one.

Yucky broccoli being changed to green peppers in the Japanese version of ‘Inside Out’ is just the tip of the cinematographic iceberg. Japan likes broccoli but hates green peppers; meanwhile, I like both and I like to think of myself as a picky audience member,” says Pixar artist David Lally

“We learned that some of our content wouldn’t make sense in other countries. For example, in Japan, broccoli is not considered gross. Kids love it. So we asked them, ‘What’s gross to you?’ They said green bell peppers, so we remodeled and reanimated three separate scenes replacing our broccoli with green peppers,” Docter said.

There are a lot of examples of these tiny changes that had a big impact in the audience, which you can see below. Seriously, hats off to the animators, producers, and editors who do all the hard work. 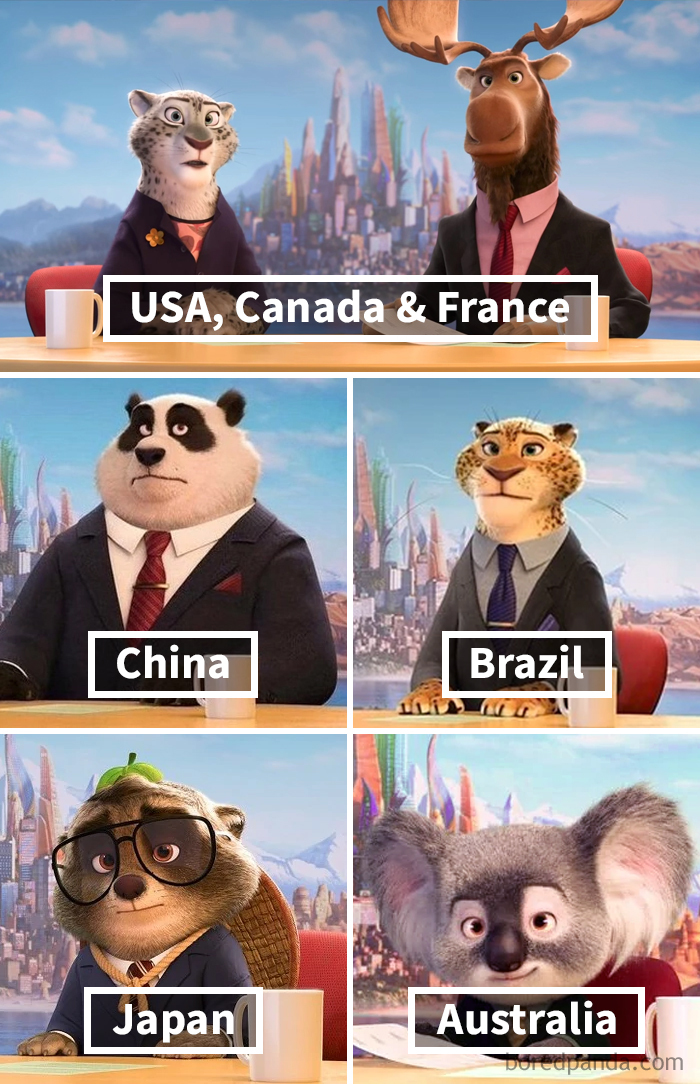 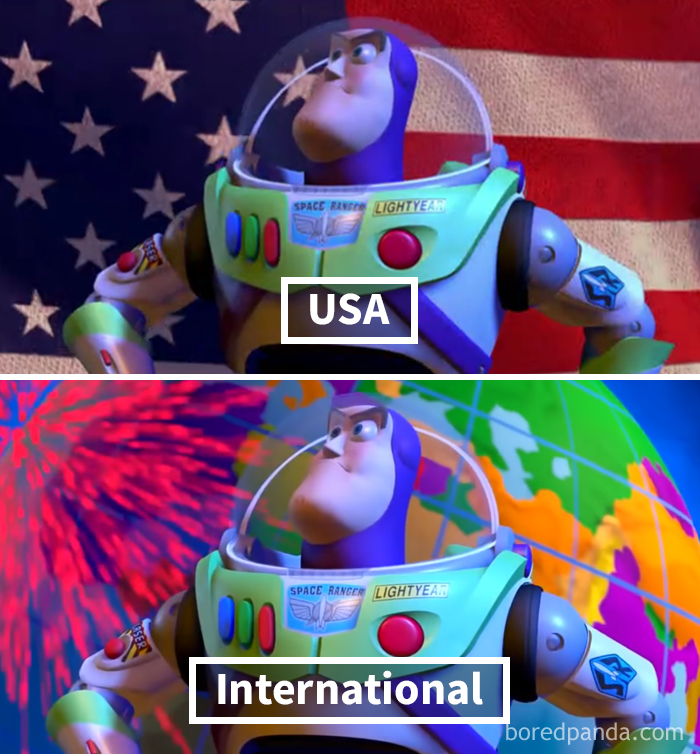 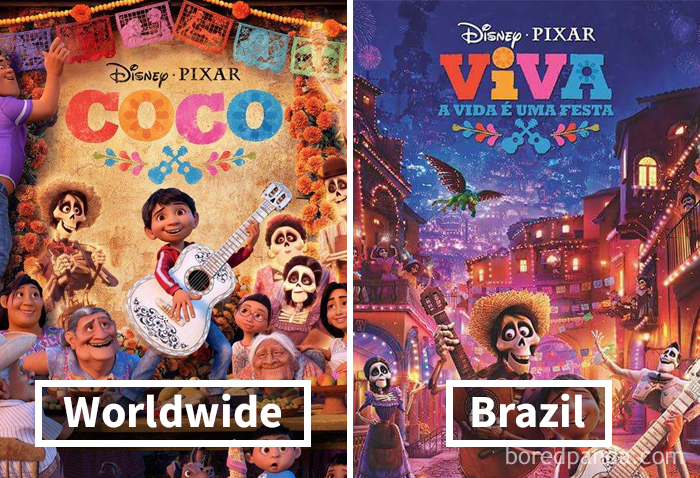 In Brazil, the word ‘cocô’ means ‘poop’, therefore the title, as well as Mama Coco’s name had to be changed.

#4 Inside Out: Riley’s Dad Daydreaming About Hockey vs. Soccer 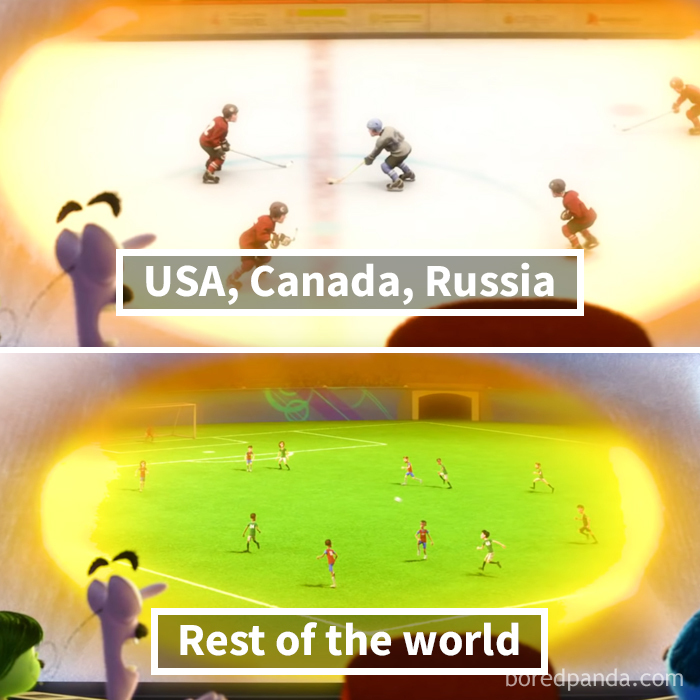 #5 Inside Out: Riley Rejecting Broccoli vs. Green Peppers

#6 Moana: Released With A Different Title In Italy Due To A Controversial Adult Movie Actress With The Same Name 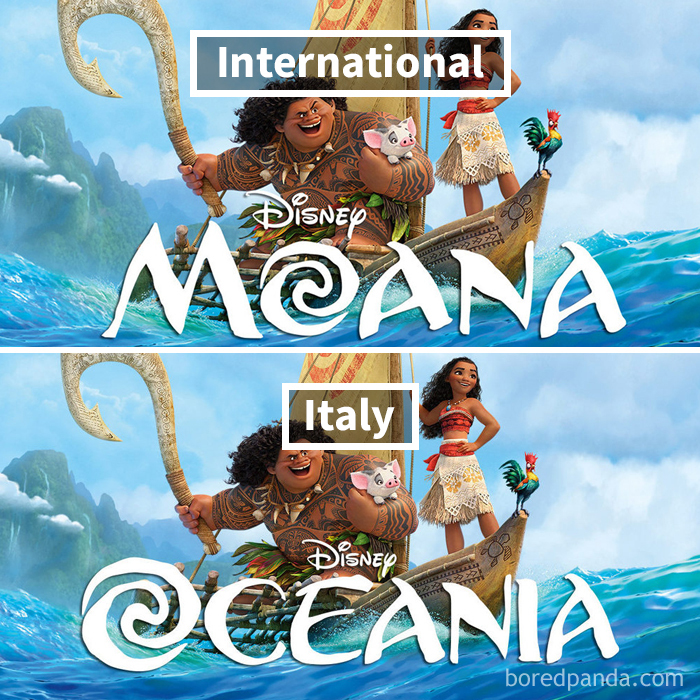 #7 Up: Paradise Falls vs. Hand Drawn Picture Of The Falls For Better Clarity 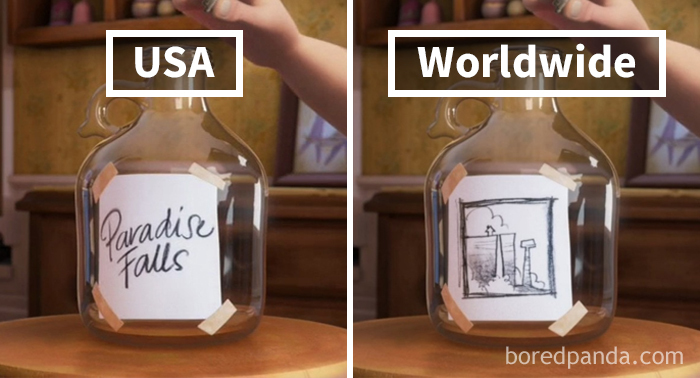 #10 Up: “My Adventure Book” Is Translated Into Different Languages 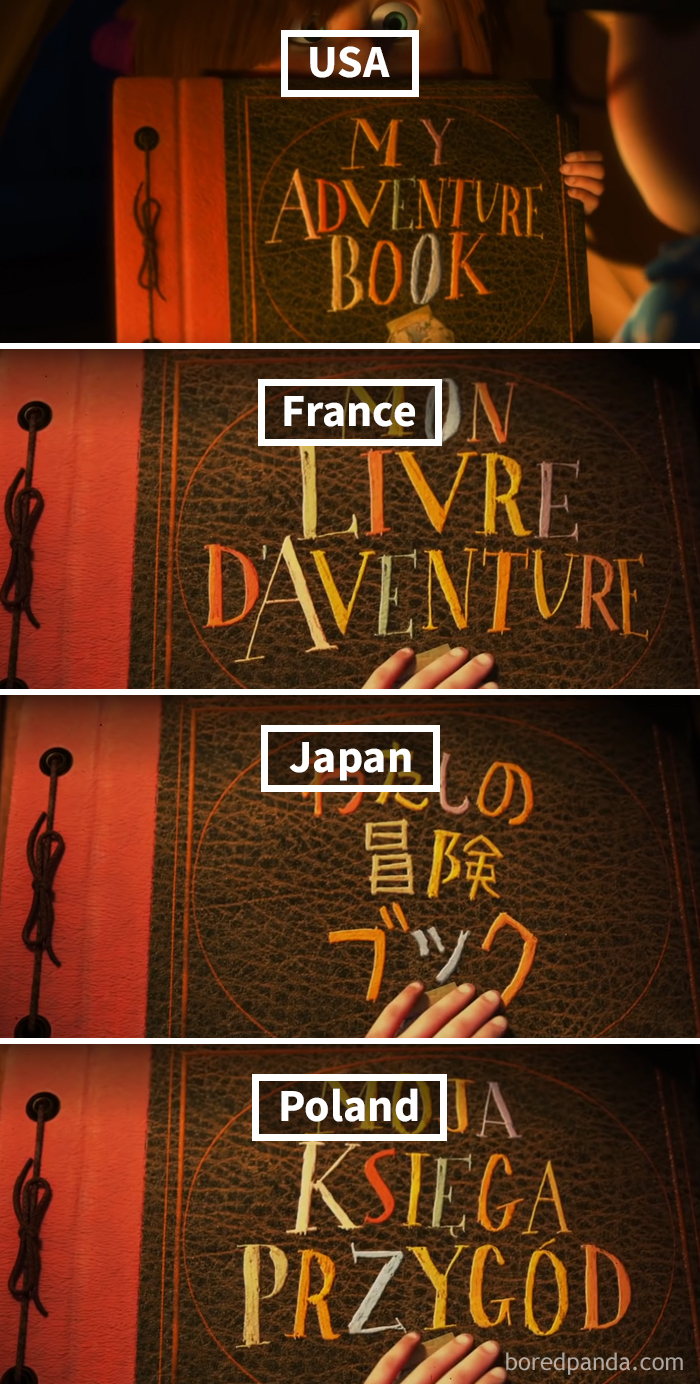 #11 Cars: Agent Harv Has A Different Accent Depending On Country 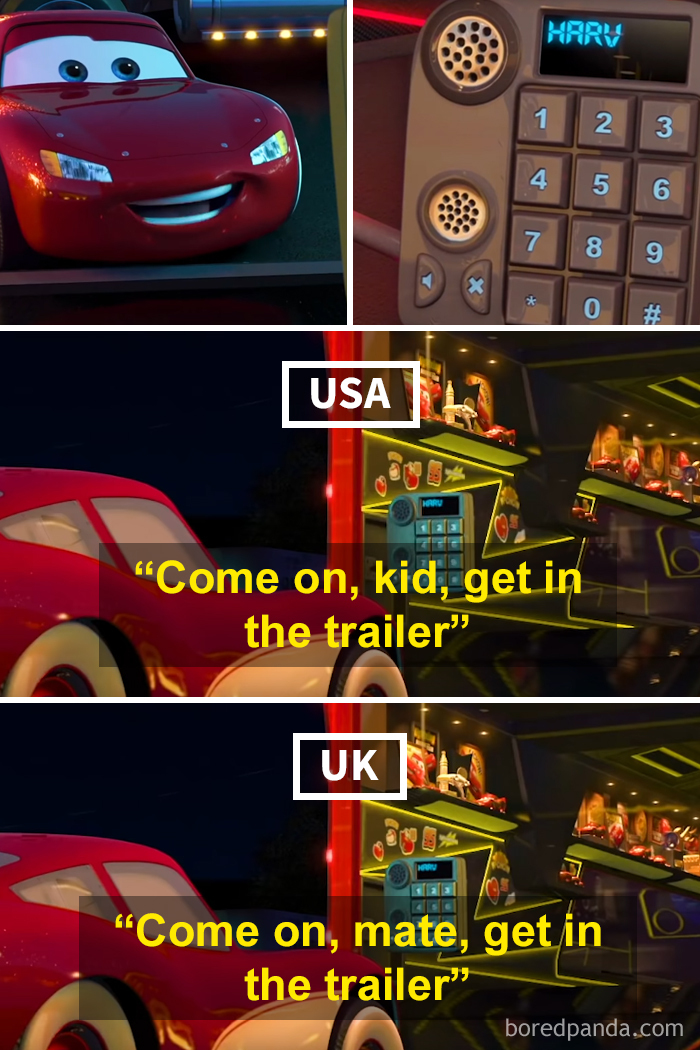 In the UK version, Harv is voiced by Jeremy Clarkson, who hosts the BBC show Top Gear.

#12 Inside Out: Bing Bong Reads A Sign Out Loud 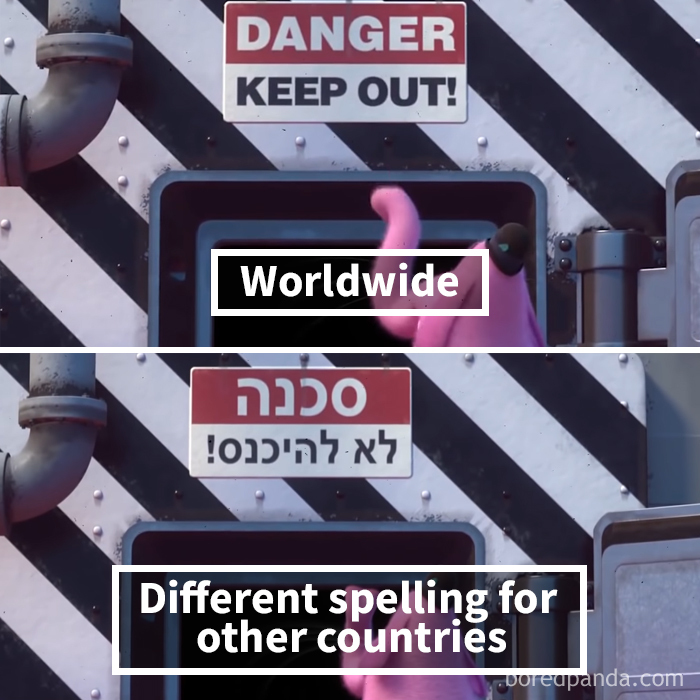 Bing Bong reads the sign and points at it with his trunk. His movements have been reanimated to fit different languages.

#13 Wreck It Ralph: Minty Zaki Becomes Minty Sakura In The Japanese Version Of The Movie 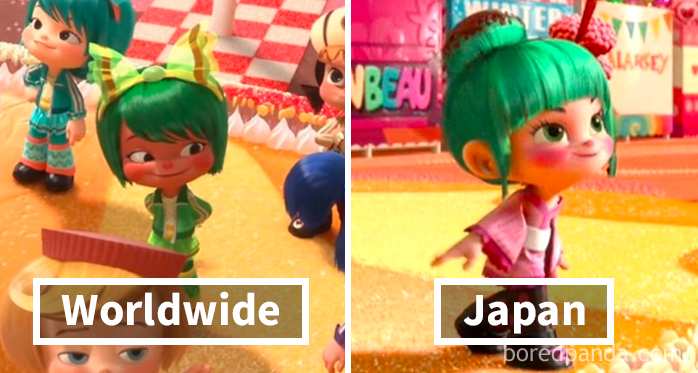 #14 Ratatouille: The French Version Has The Letter That Remy Found Rewritten In French, Instead Of Just Adding The Subtitles

#15 Cars: Jeff Gorvette Changes Appearance And Is Based On Famous Race Drivers Of Different Countries 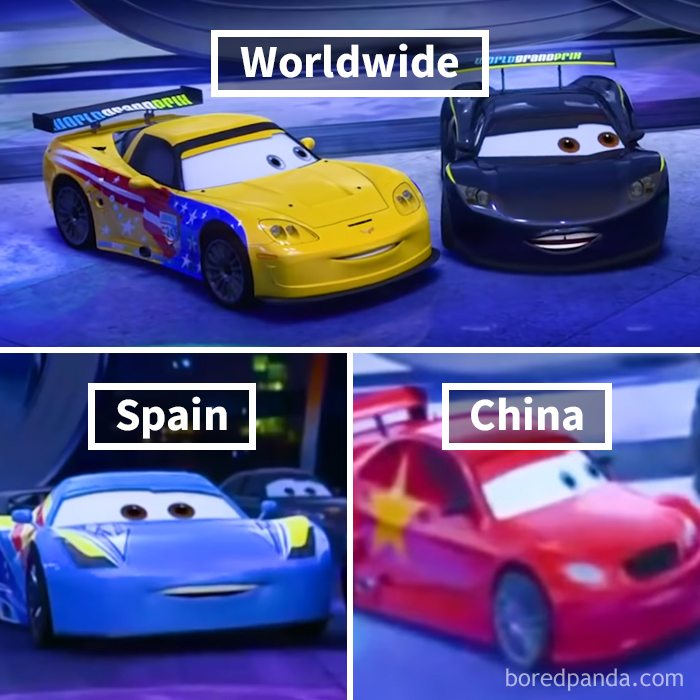 In the Spanish version of the movie, Jeff becomes Fernando Alonso, who is voiced by a Spanish two-time Formula One World Champion with the same name.

In the Chinese version, his name is Long Ge, and his appearance resembles that of a Chinese flag. 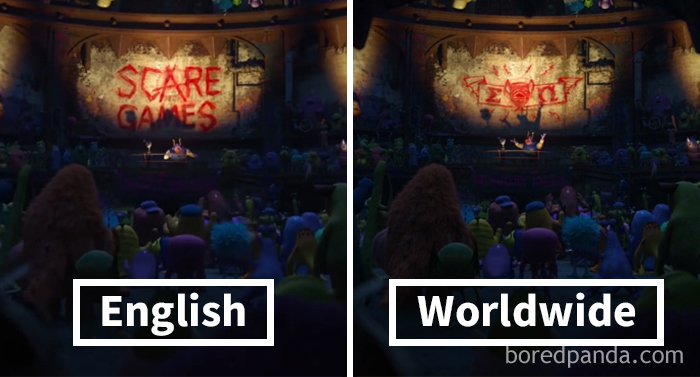