16 Underground Attractions Around the World You Must Visit

If you’re a traveler who is looking for new destinations to visit, below we’ve made an interesting list of places you can visit. A lot of cities have their touristic spots that have become mainstream, but they also have quite some places that not a lot of people know about, which are totally worth visiting.

If you’re a person who is seeking new thrilling adventures, this list will be what you’ll be referring to next time you’re planning for a trip. The best part about it is that these places are all underground, raising the excitement level even more.

From underground zip lines to underground cities, scroll down below to find out your next travel destination. 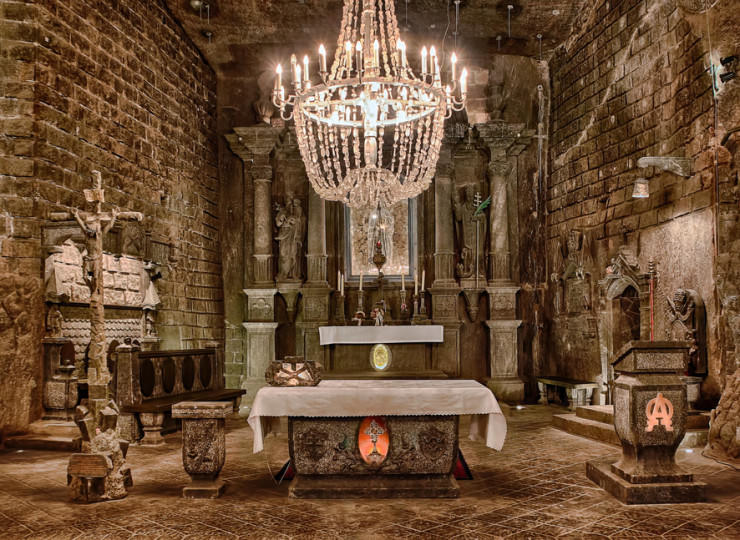 The salt mine operates since the 13th century. Today it is set as a museum: over 1.2 million tourists visit the site due to its underground attractions. There is an underground lake, wellness complex, many salt sculptures and even a carved cathedral – all made of salt!

A psychedelic wall of layers of carnallite is found underneath the industrial city. The vivid spectacle of colorful minerals is found 200 m (650 ft) under the surface. However, it is not open to visit, unless with a permit from the government. 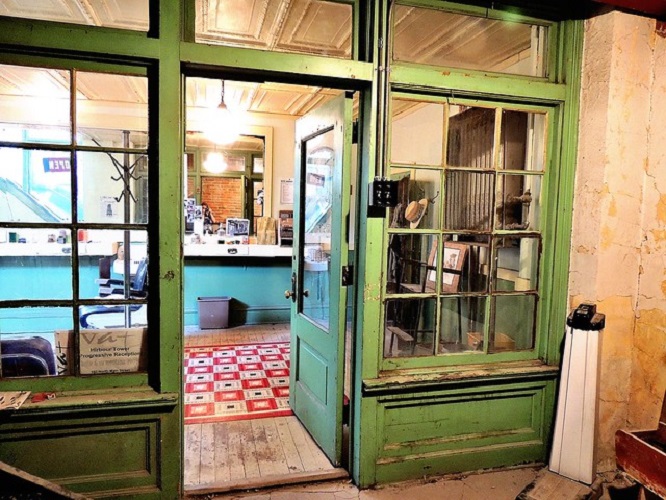 Hidden under the city of Butte, you will find a deserted prison, shoe stores, a barbershop, and the once lively Rookwood Speakeasy, The Rookwood was a secret bar that thrived during America’s Prohibition days. These surprisingly well-preserved remnants from the early 1900s when the mining industry was in its heyday and 100,000 residents used underground areas joined by tunnels. 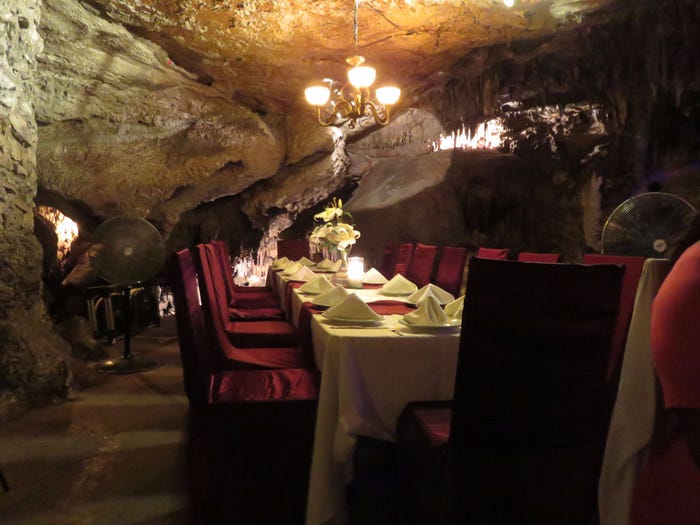 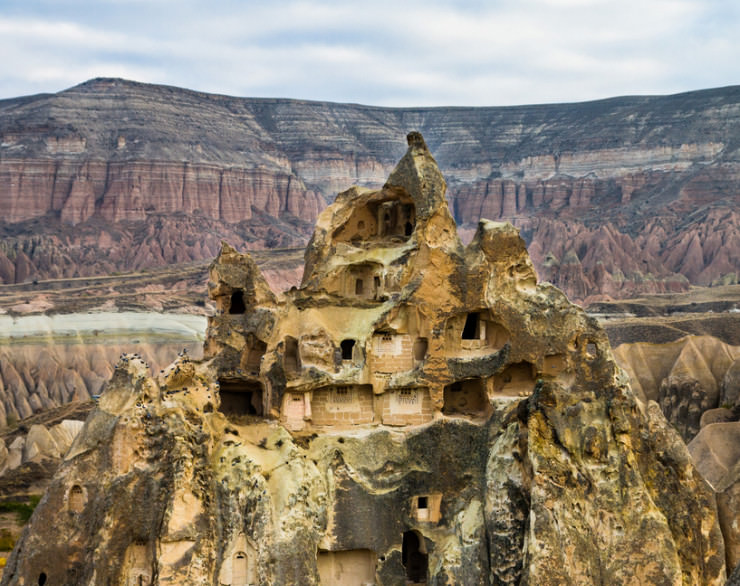 Carved into soft volcanic rock in the 8th–7th centuries B.C. by the Phrygians, the city used to serve as a shelter from invasions. The city is 60 meters deep and is interconnected by the tunnels. It could house over 20,000 people! Today most of it is open for the tourists.

The city of Sacramento was blasted by 45 days of Pacific storms in 1861. All the rivers surged through the city and swept thousands of people to their drowning deaths. Rather than run, the residents had a plan

They would raise their homes and streets by nine feet. Today you can tour the abandoned alleyways, basements, and underground streets thanks to the Sacramento History Museum. You can even catch a live virtual tour on their website. 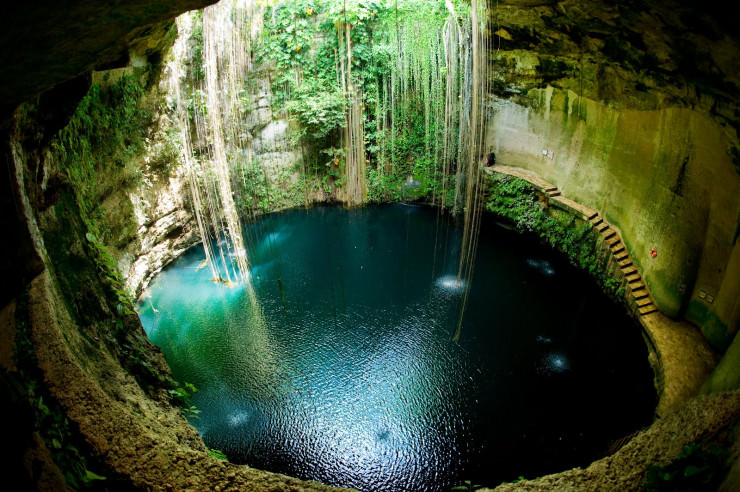 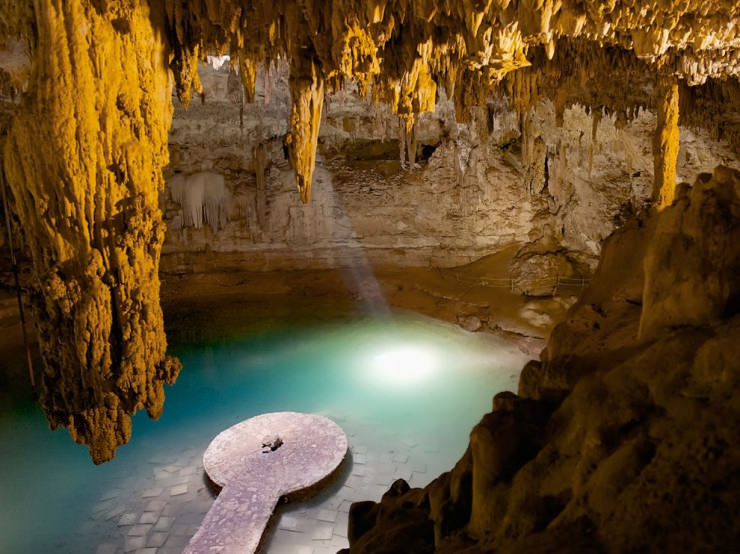 The deep natural sinkholes are very often found in Mexico. Some, like in Chichén Itzá and Valladolid, are especially beautiful and popular among the tourists. Sacred Cenotes used to be visited by the pilgrims, who would sacrifice objects and sometimes even humans. 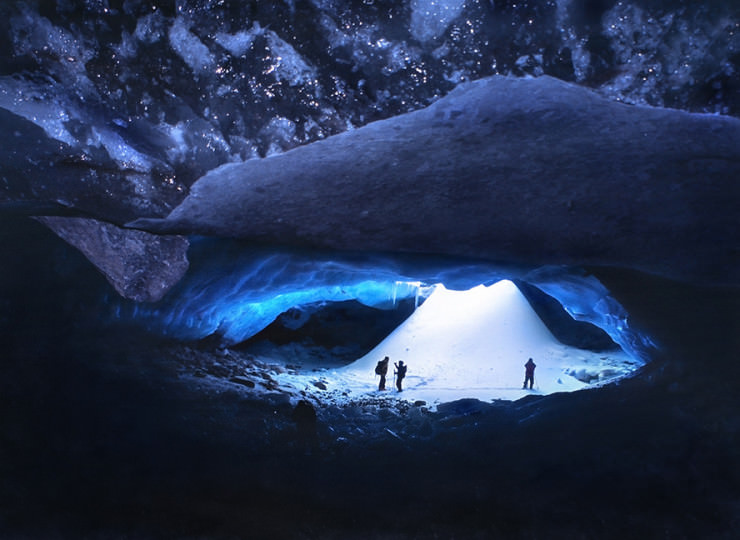 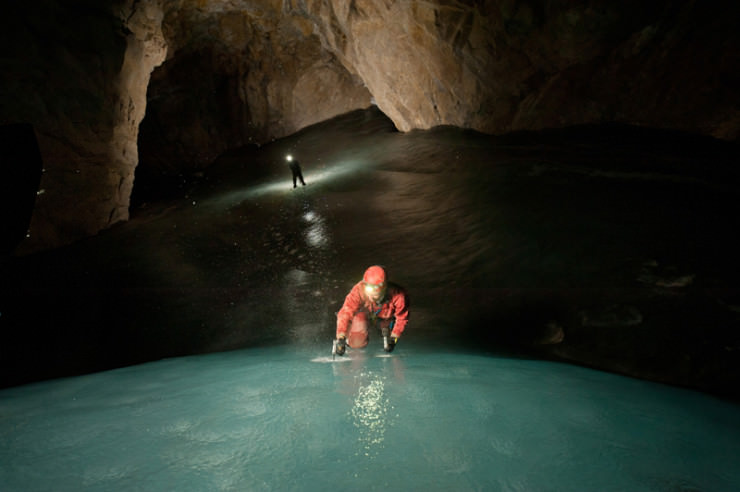 A dangerous cave traps cold air that enters it, but doesn’t leave, resulting in several meters of thick clear smooth ice. It also has an amazing acoustics. However, only professionals should climb these ice caves, though, because the slightest mistake would send them sliding into the wall.

10. The Catacombes of Paris 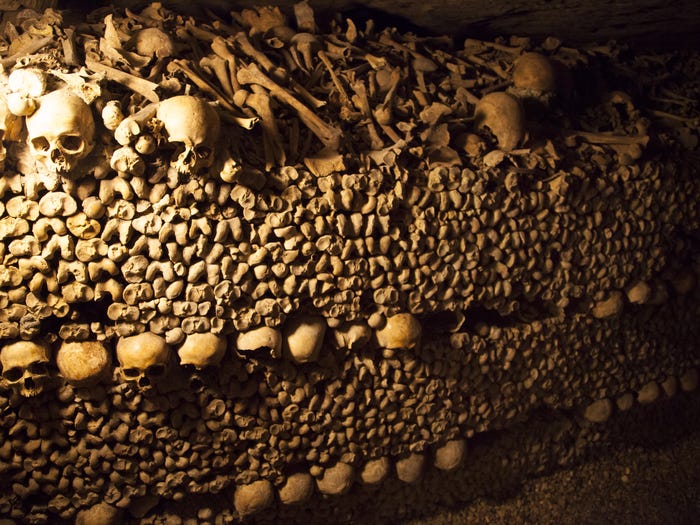 Hidden beneath Paris, France, are the Catacombes de Paris — an eerie network of caves and tunnels housing the remains of nearly 6 million people. Considered the world’s largest grave, the catacombs have attracted thousands of visitors, including King Charles X and Napoleon III. 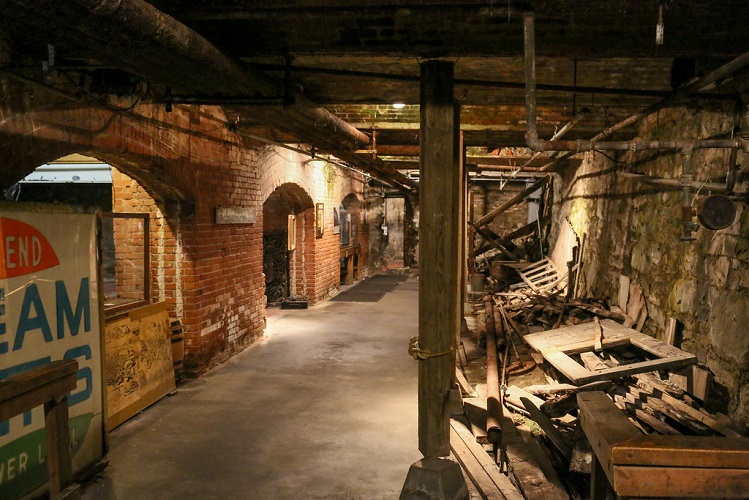 Following a devastating fire in 1889, Seattle was rebuilt one story higher. Roads were raised and ground floors became basements to lift it out of the boggy ground. New pavements were created and tunnels were left underneath it all. Today you can explore these old subterranean tunnels via guided tours and see what remains including bank vaults, shop fronts, and even an old toilet. 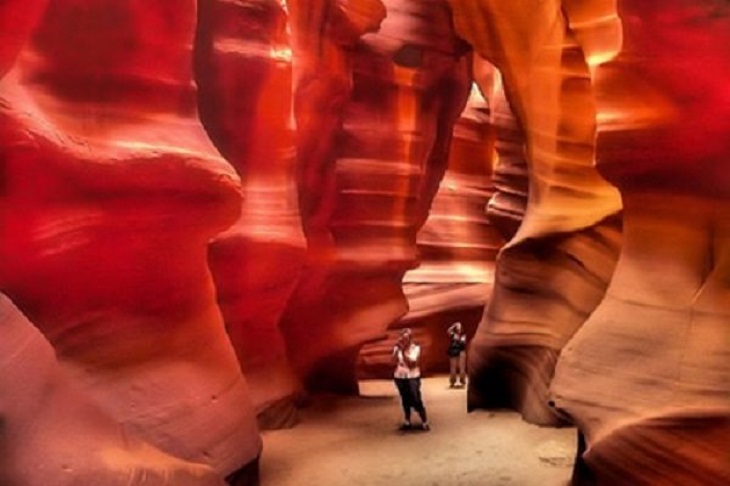 Antelope Canyon’s dusty canyon floor and waves of unusual red rock make it look like Mars. The sometimes shadowed sandstone canyon walls rise as high as 100 feet. Their unique wave-like shapes are the product of millions of years of wind-powered erosion. You can only visit this special place on guided tours because it is legally within the confines of the Navajo Nation. 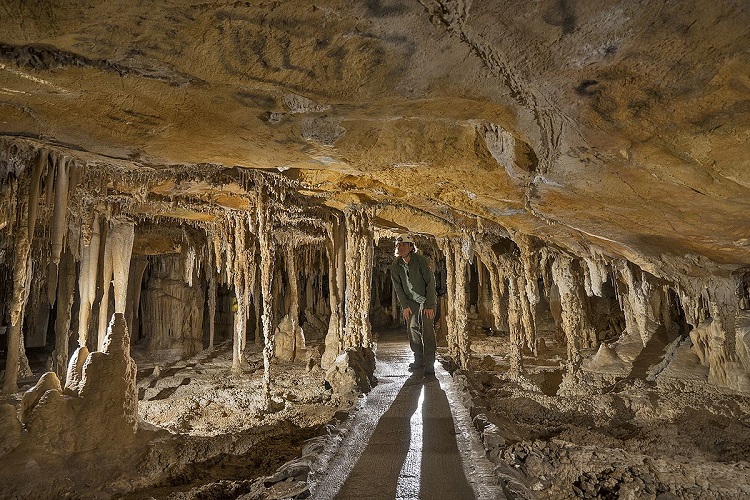 The limestone Lehman Caves were formed by millions of years of erosion from subterranean streams. Ensconced in Great Basin National Park, these caves were once the home of a secret speakeasy during Prohibition. Today you’ll see thousands of needle-like crystals and hollow, delicate stalactites nicknamed “soda straws.” You’ll also see “cave popcorn”, formed out of little lumps of calcite that truly resembles the real thing. 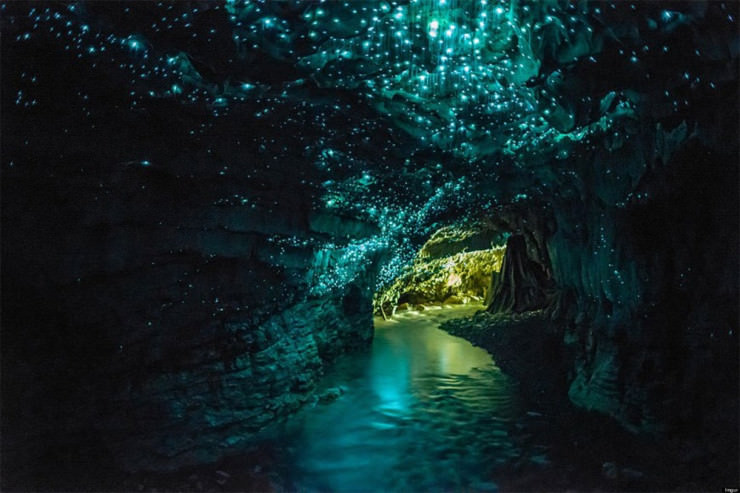 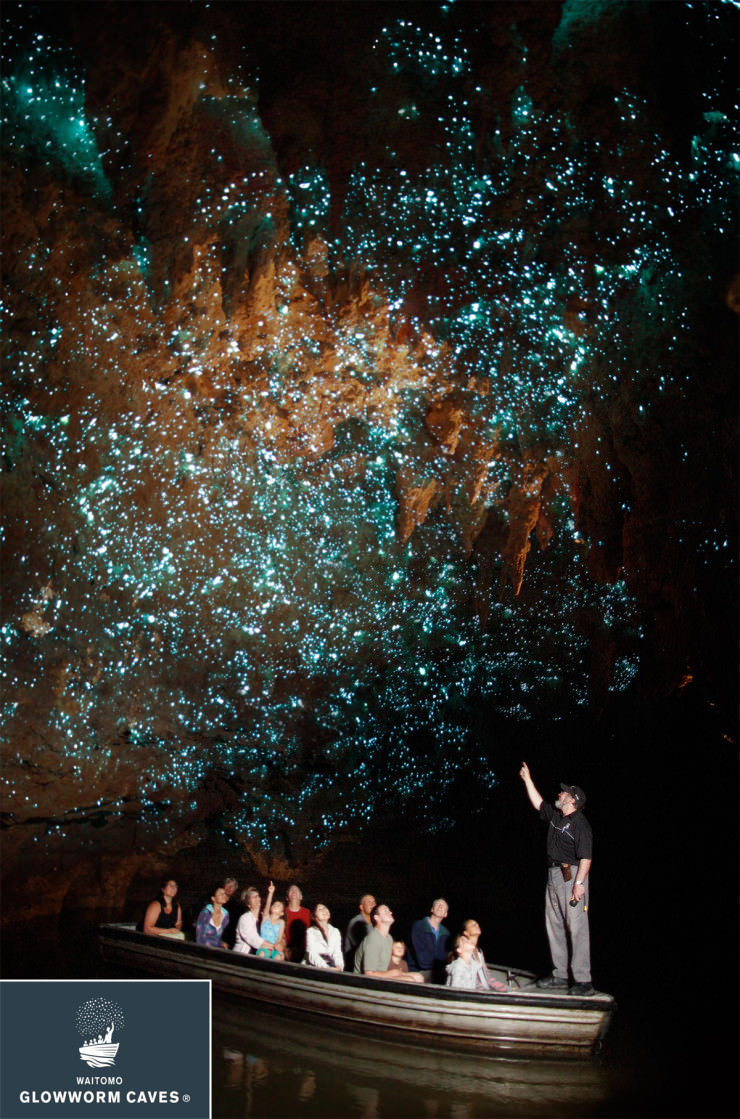 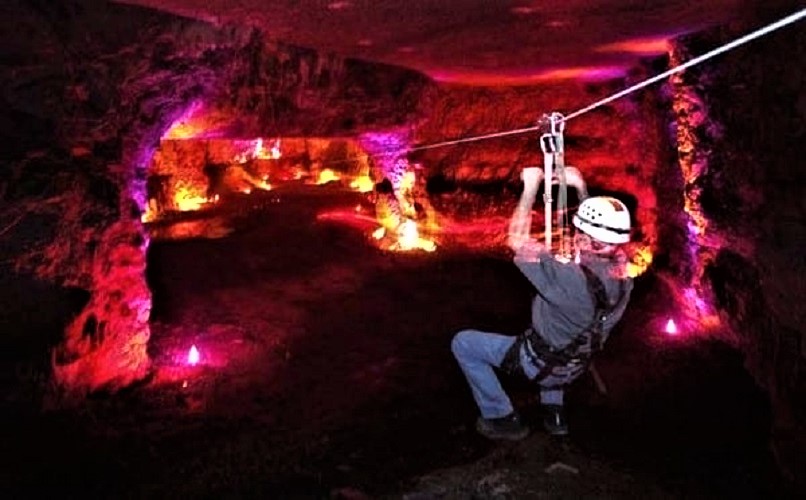 Mega Zips is the planet’s only totally underground zip line course. It is situated in a huge hollowed-put 100-acre limestone quarry now known as the Louisville Mega Cavern. The cavern is so large it stretches out under sections of the Louisville Zoo and the Watterson Expressway. Here you can fly through the air as high as 70 feet on this exciting underground attraction. 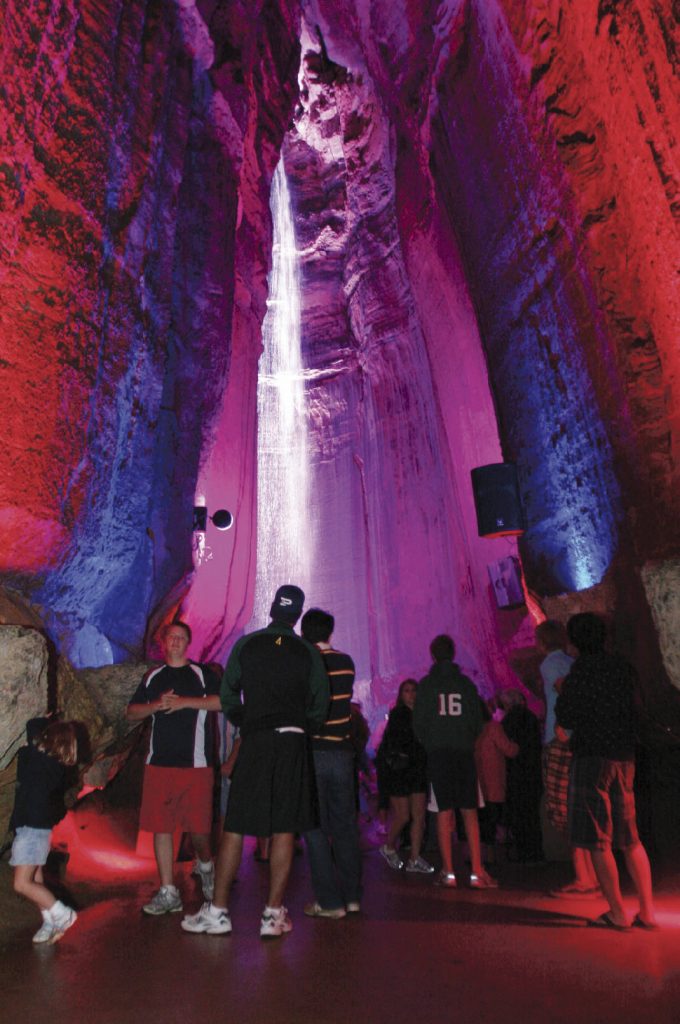 Ruby Falls is a hidden 45-foot tall, sheer waterfall that plummets through a shaft 1,120 feet inside Lookout Mountain into a cave. The waterfall is lit by colorful LED lights and fed by a comparatively deep subterranean stream. The water drops 145 feet into a cave of limestone.

It was discovered by Leo Lambert in 1928. He named it for his spouse, Ruby.