20+ Natural Wonders You Must See

There are a lot of human made wonders around the world that are impressive and you must visit at some point in your life, but the natural wonders surpass those impressions in every way. It’s amazing to see what the nature has been able to create on her own. Here are 20+ natural wonders you should see and experience their magic. 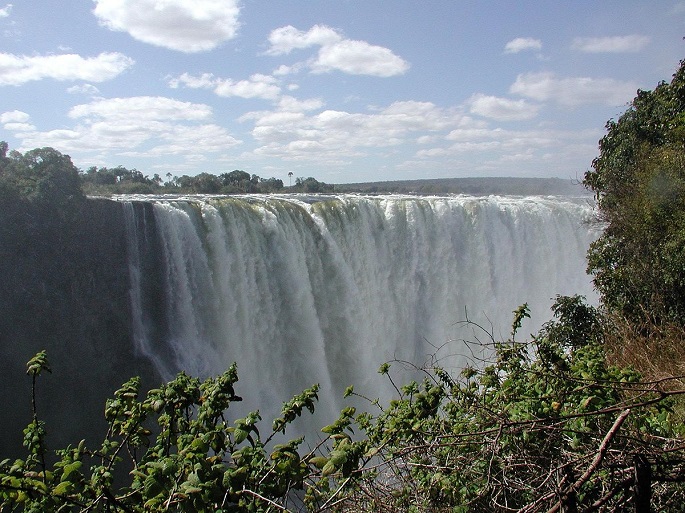 Victoria Falls is twice as deep and twice as wide as Niagara Falls. It’s also the world’s largest waterfall. The roar of the falls’ rushing water is heard 24 miles away. 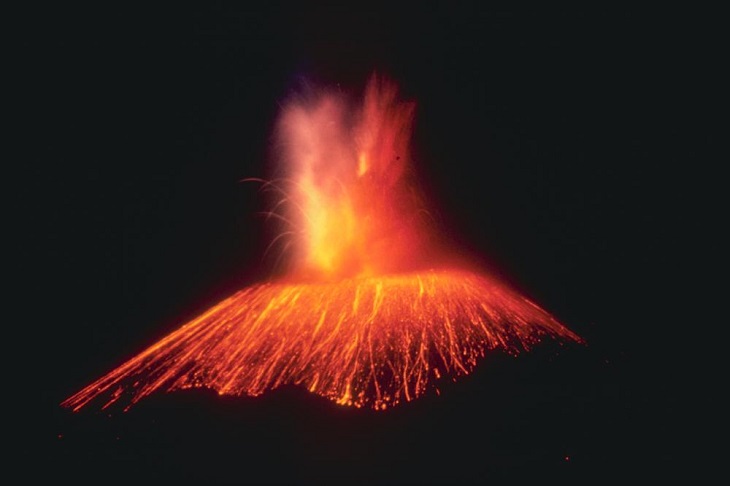 Located in Michoacán, Parícutin is one of the planet’s youngest volcanoes. In 1943 it buried two villages in ash. It reached its peak height of 7,480 feet in 1952 when it stopped erupting. 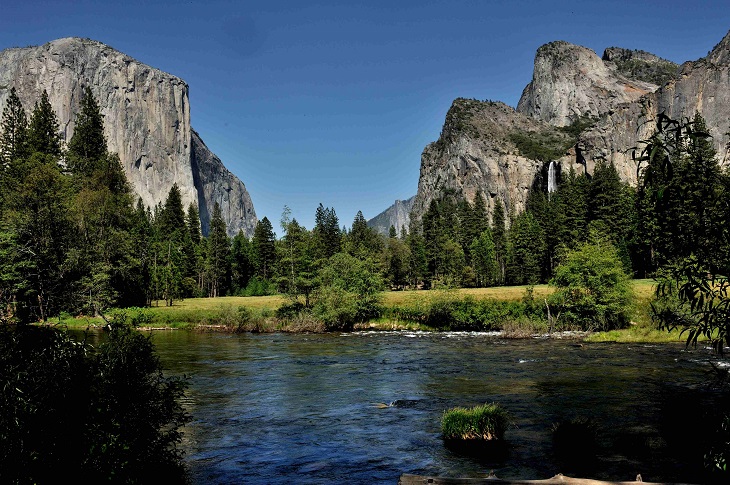 California’s Yosemite is one of America’s most famous national parks. It’s highlighted by its rushing waterfalls, outstanding cliffs, and remarkable sunsets. The park’s El Capitan was included in the Oscar-winning 2018 documentary “Free Solo.” 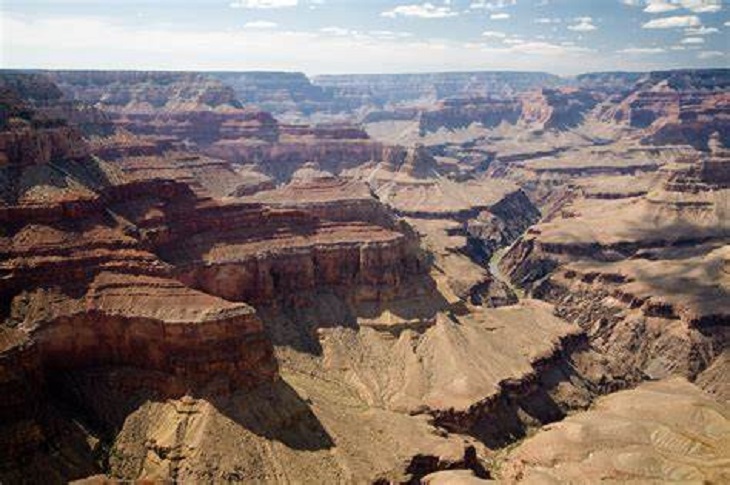 Arizona’s Grand Canyon is a huge geologic wonder. Carved out by glaciers many years ago, the rocks change color as the sun moves throughout the day. Hike it rim to rim or go rafting. 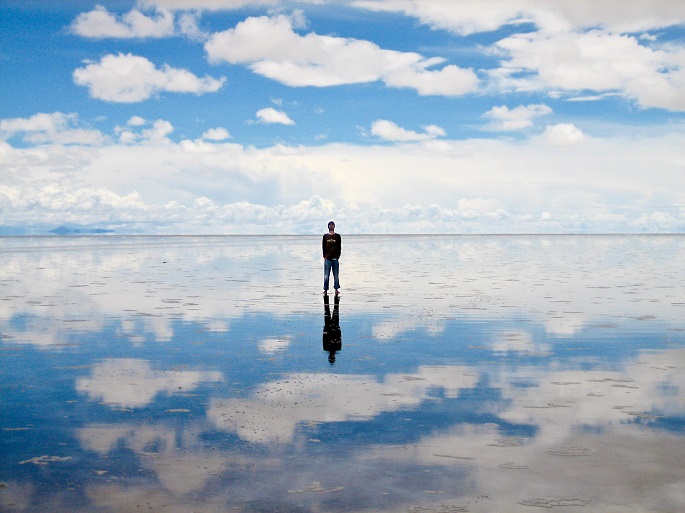 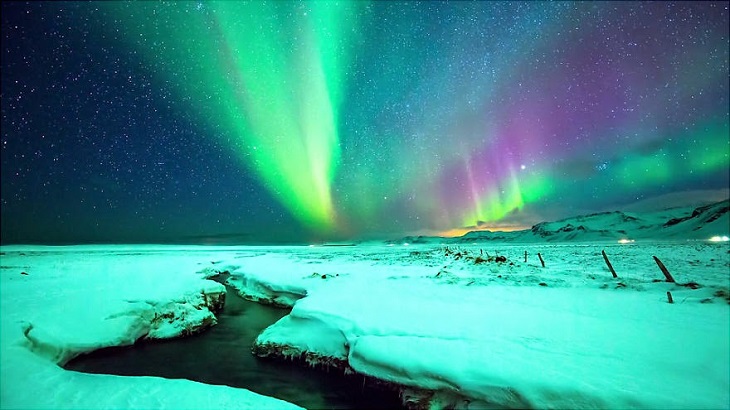 The Aurora Borealis, a.k.a. the Northern Lights is an incredible natural light show close to the Arctic Circle. This event is caused by the collision of charged atmospheric particles with gaseous particles. 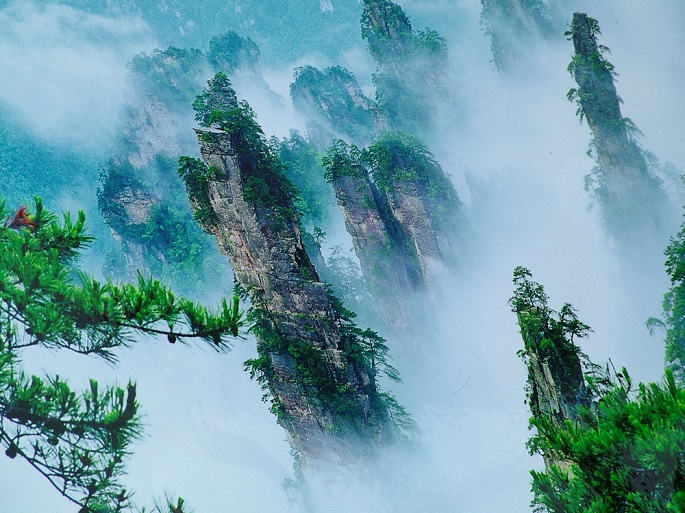 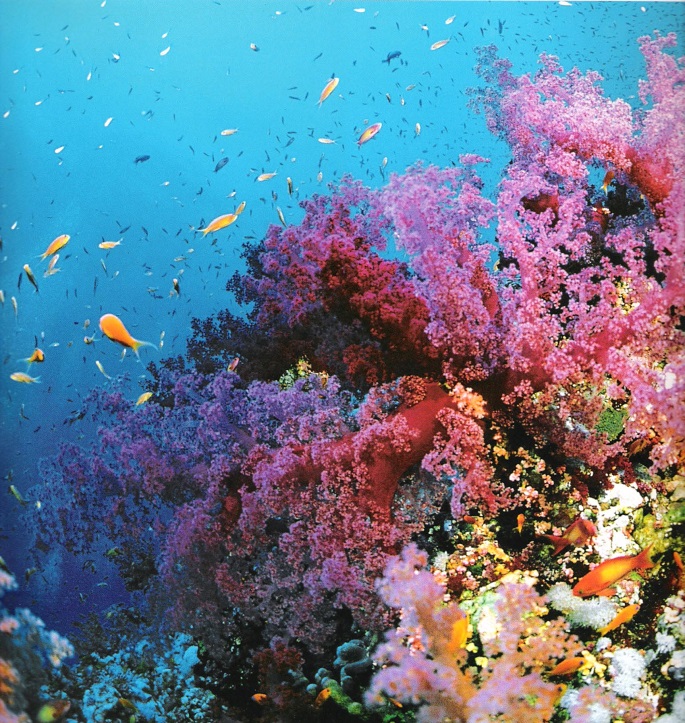 Here you’ll discover the world’s largest coral reef system. It can be seen from space and is longer than the famous Great Wall of China. It’s also the world’s best place to scuba dive. 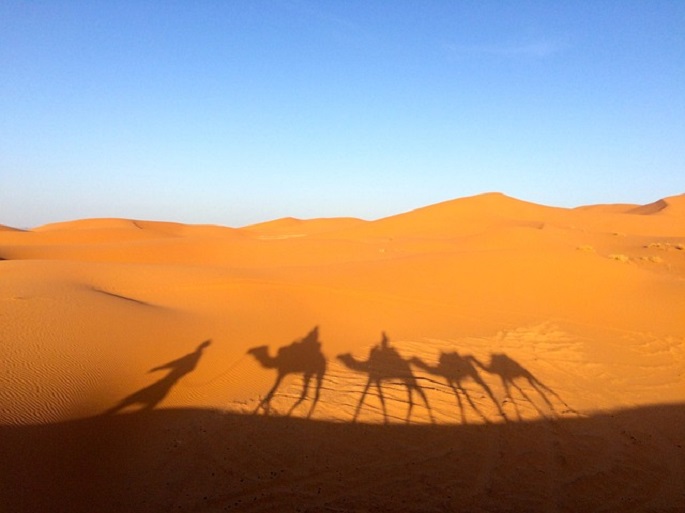 The Sahara is the world’s largest desert. It stretches over the borders of 11 countries and covers 3.5 million square miles. Its vastness, rolling red sands, and dunes make it unique. 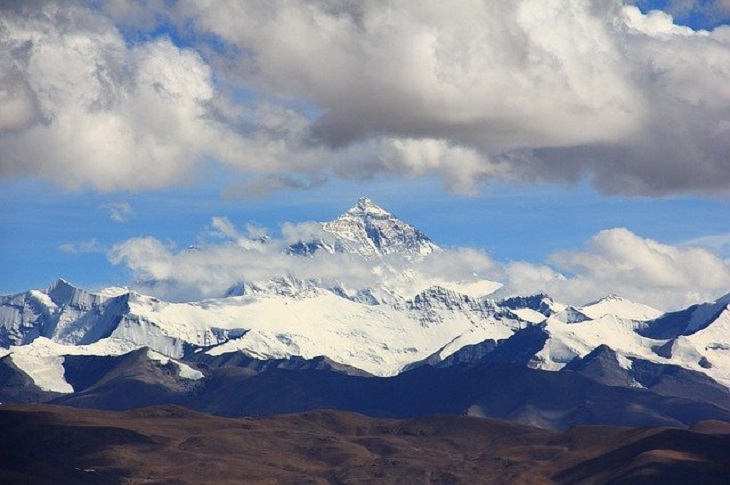 Mount Everest is the world’s tallest summit. It rises 29,035 feet high above the China-Nepal border. Very few mountain climbers have made it to the top of this huge Himalayan peak. 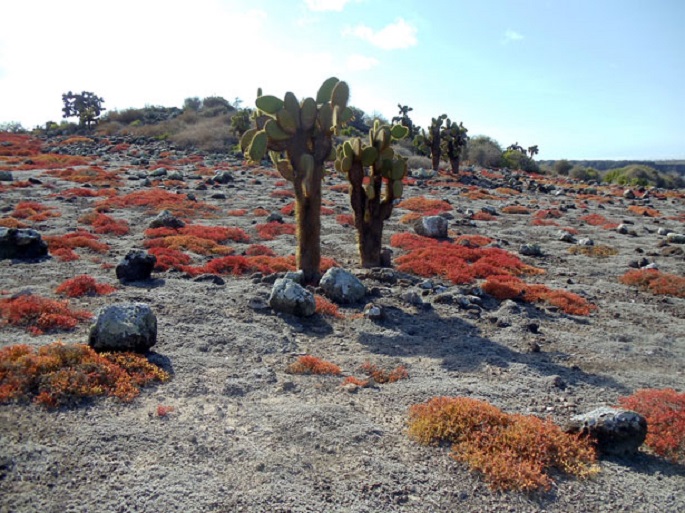 This is the place that inspired Charles Darwin’s famous theory of evolution. Highlights of these islands include beautiful surroundings and a surprising variety of wildlife. Inhabitants include finches, iguanas, sea lions, and even penguins. 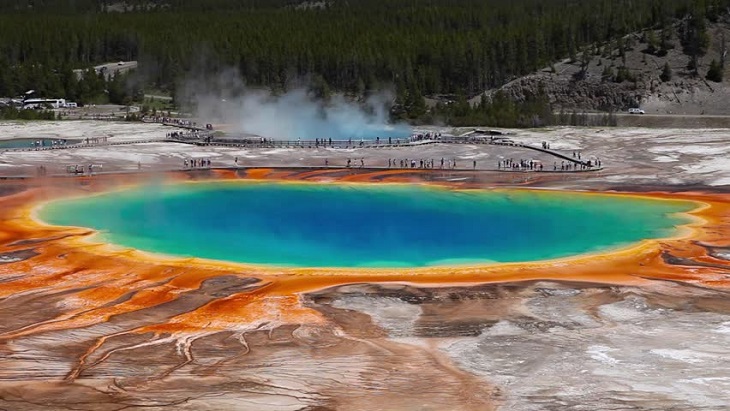 This spring might not be the most popular stop at Wyoming’s Yellowstone National Park, but it’s memorable. It’s bigger than a football field and features stunning rings of yellow, orange, and green. 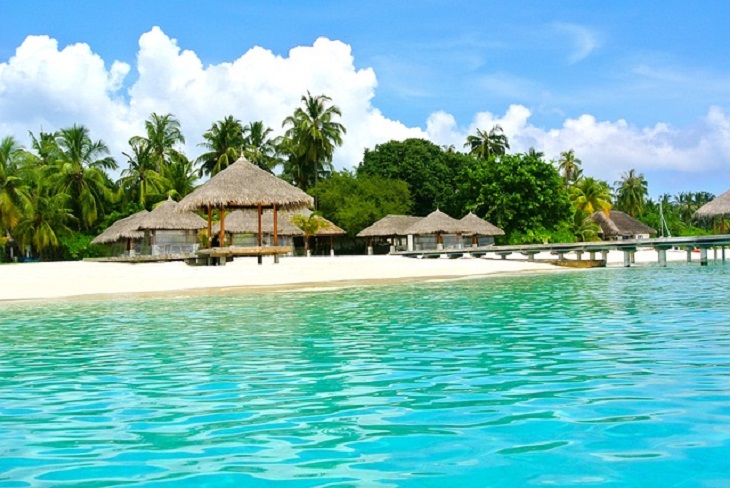 Situated in South Asia, this popular tropical country consists of 26 coral-based islands or atolls. It includes crystal-clear water and white-sand beaches. Its coral reefs are host to an amazing array of underwater life. 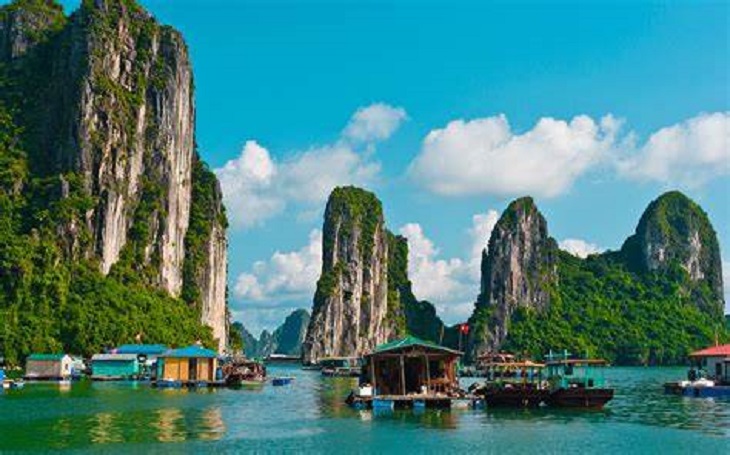 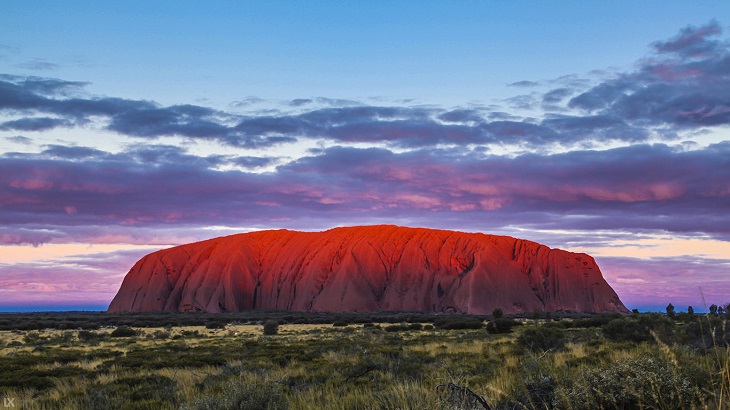 Uluru, a.k.a. Ayers Rock is found in an extremely remote part of the Australian Outback in the Northern Territory. It’s an incredible rock formation that reflects the hues of sunrise and sunset. 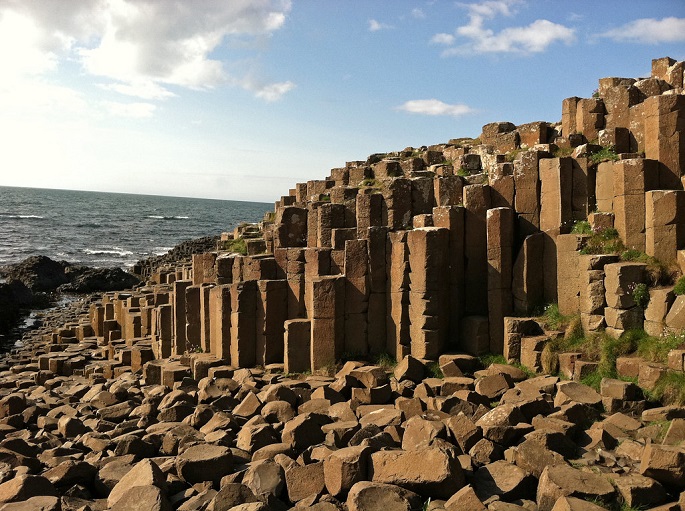 Giant’s Causeway was caused by volcanic activity 50+ million years ago. It includes tens of thousands of cylindrical, basalt rocks that stretch into the water between Scotland and Northern Ireland. 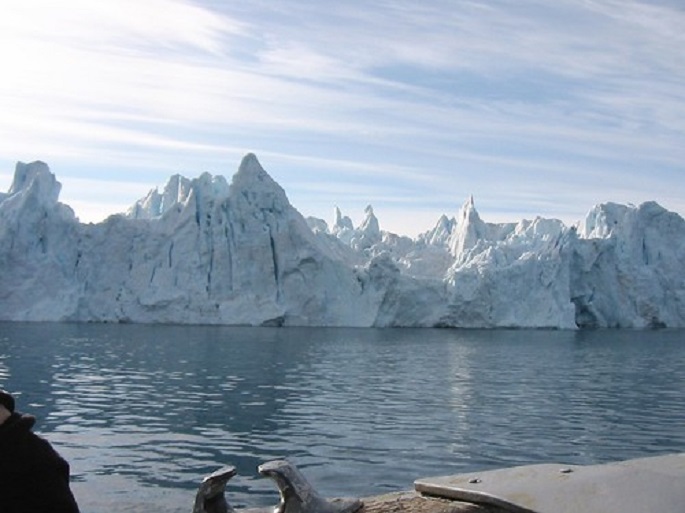 Icebergs here are a common sight to residents. Despite what you may have heard about climate change, there are still enough icebergs in the local waters of Greenland to impress any visitor. 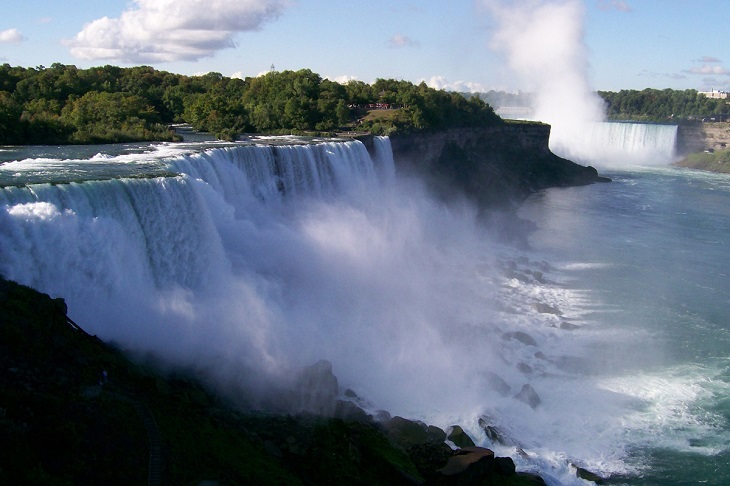 This is the world’s most famous waterfall. Niagara Falls has three individual parts. Bridal Veil Falls and American Falls are in New York. Horseshoe Falls, is ensconced across the border in Canada. 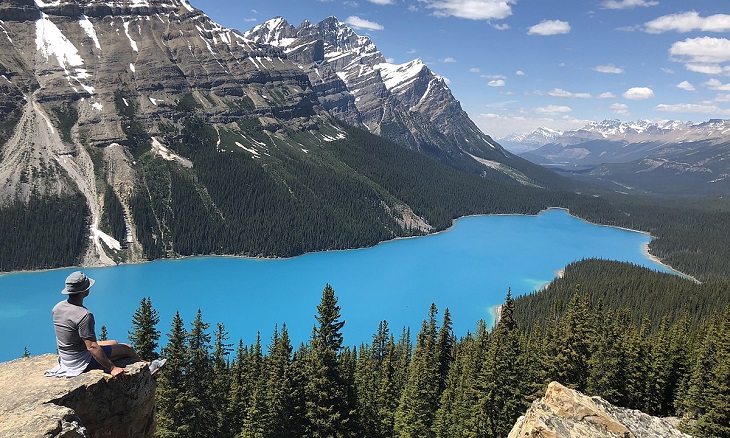 This is a glacier-fed lake located in lovely Banff National Park. It is most famous for its beauteous blue hue. Surrounded by the picturesque Canadian Rockies, it’s truly a must-see. 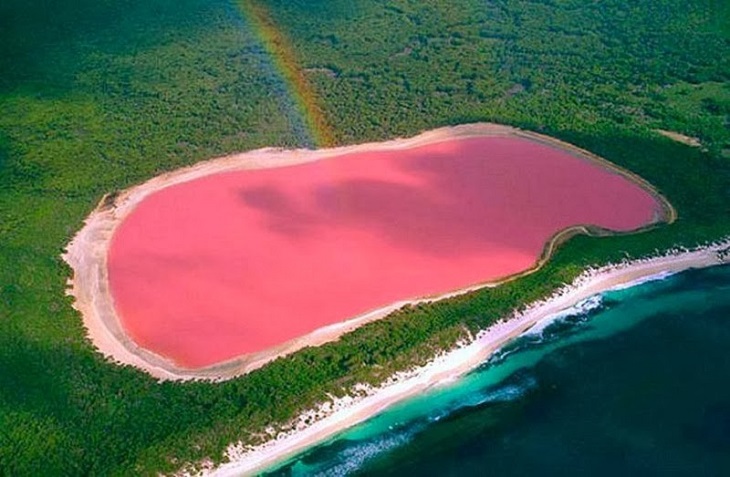 Located in Goldfields-Esperance, only a few feet from the Indian Ocean, Lake Hillier is famous for its bubblegum pink water. The unique color is the result of bacteria secreting red pigments. 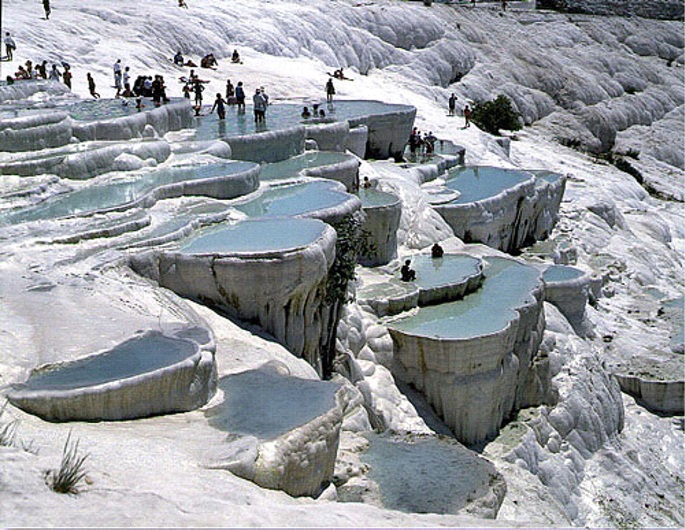 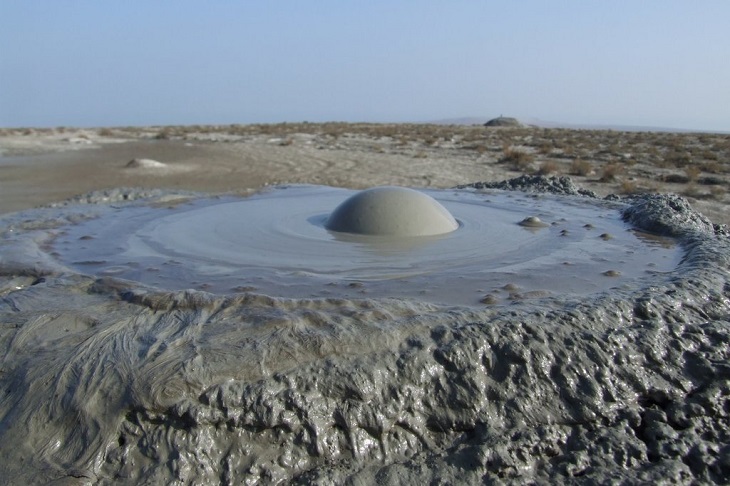 Located in Gobustan National Park in Gobustan, in central Azerbaijan, these natural mud volcanoes gurgle and bubble due to a blend of sludge and methane. Sometimes the methane builds up until these cones actually erupt with flames. 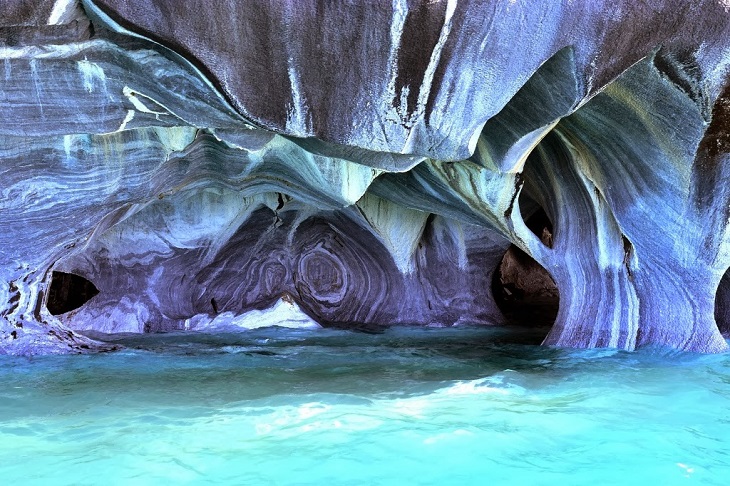 Deep in the heart of Patagonia, the Marble Caves have unique streaked, pastel-tinged walls. The lake water here is ice blue. These caves are only accessible via boat. The waves are the world’s most isolated natural wonders. 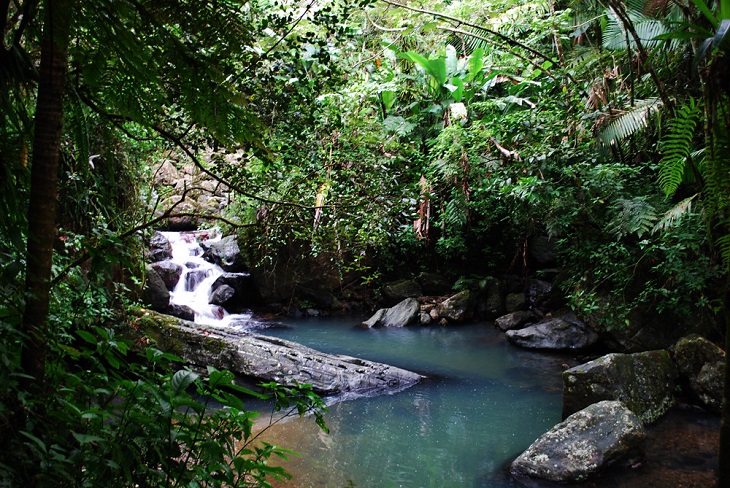 El Yunque National Forest is reportedly one of America’s “most ecologically diverse forests.” This 29,000-acre forest is home to frogs, lizards, parrots, and snakes and is the nation’s sole tropical rainforest. 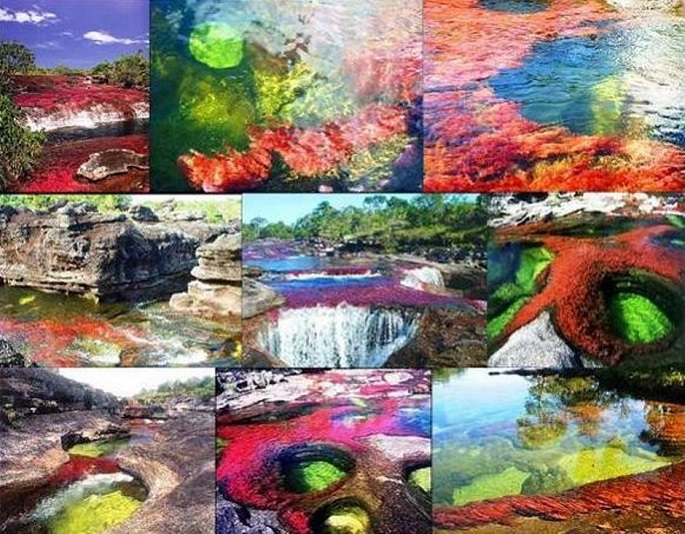 Situated in Serranía de la Macarena, Caño Cristales is special. Between seasons, the Macarenia clavigera plant blooms under the water, turning it red. Visible green and yellow sand beneath the water make it even more colorful.